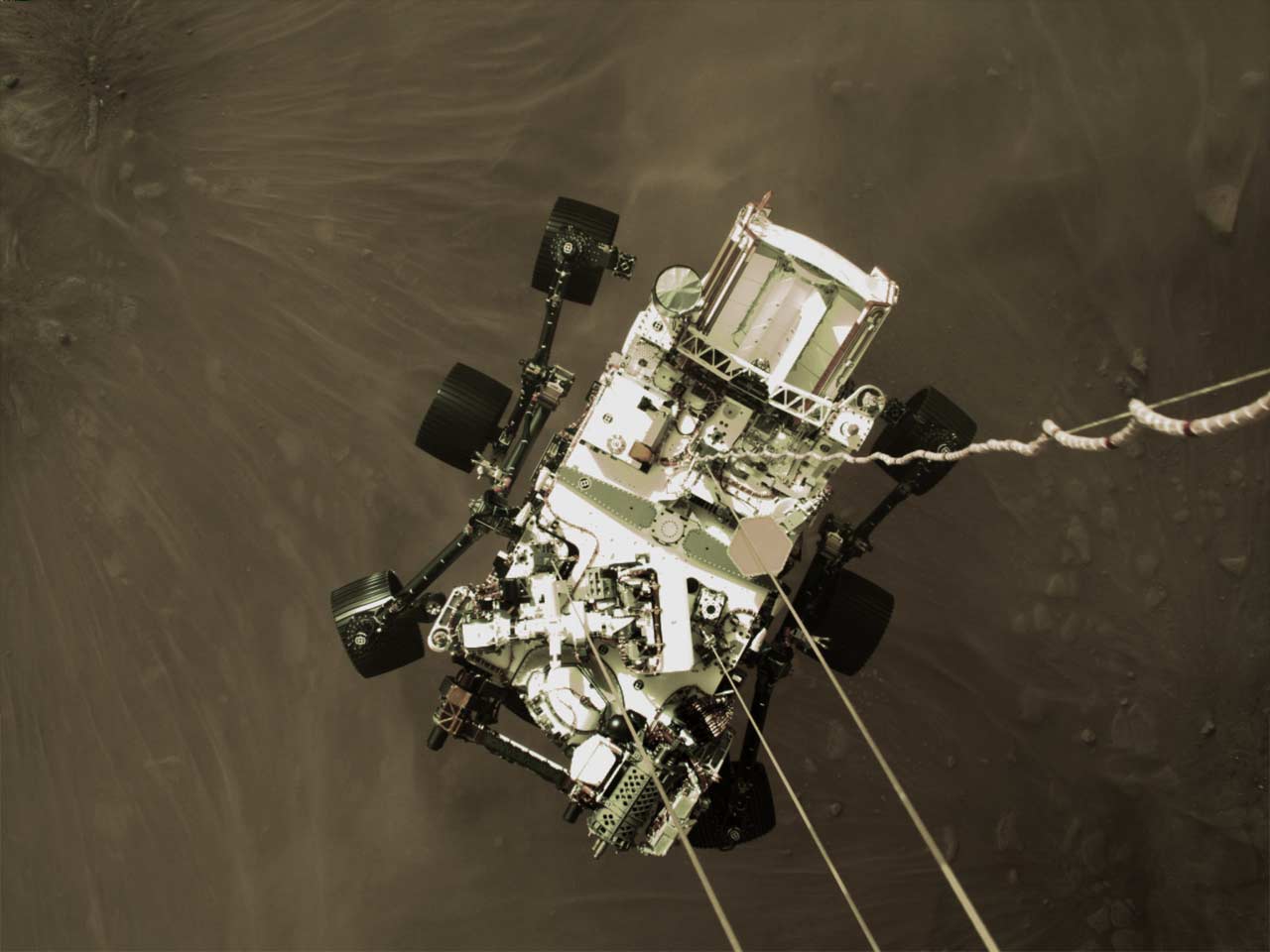 As a Space Science connoisseur, I thought I must congratulate NASA, JPL, Caltech and everyone involved in Perseverance’s successful landing on Mars, and also share some actual images of the Rover’s landing on the red planet. The featured image above was captured by a camera aboard the descent stage contraption which jettisoned away after safely placing Percy on the ground. 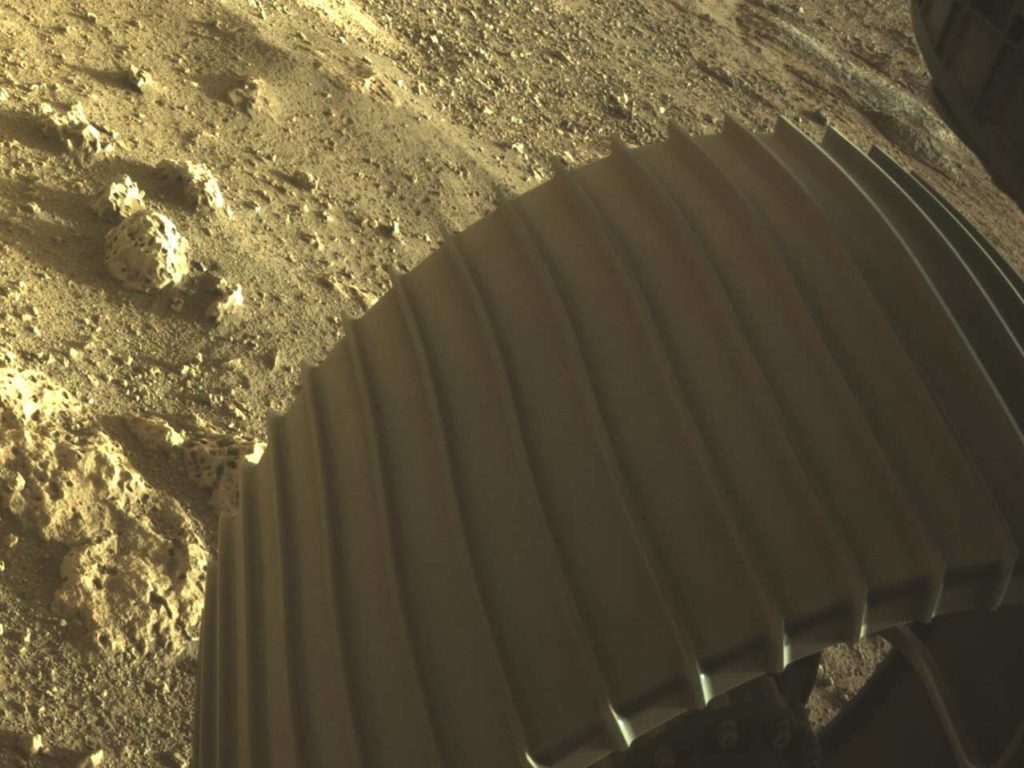 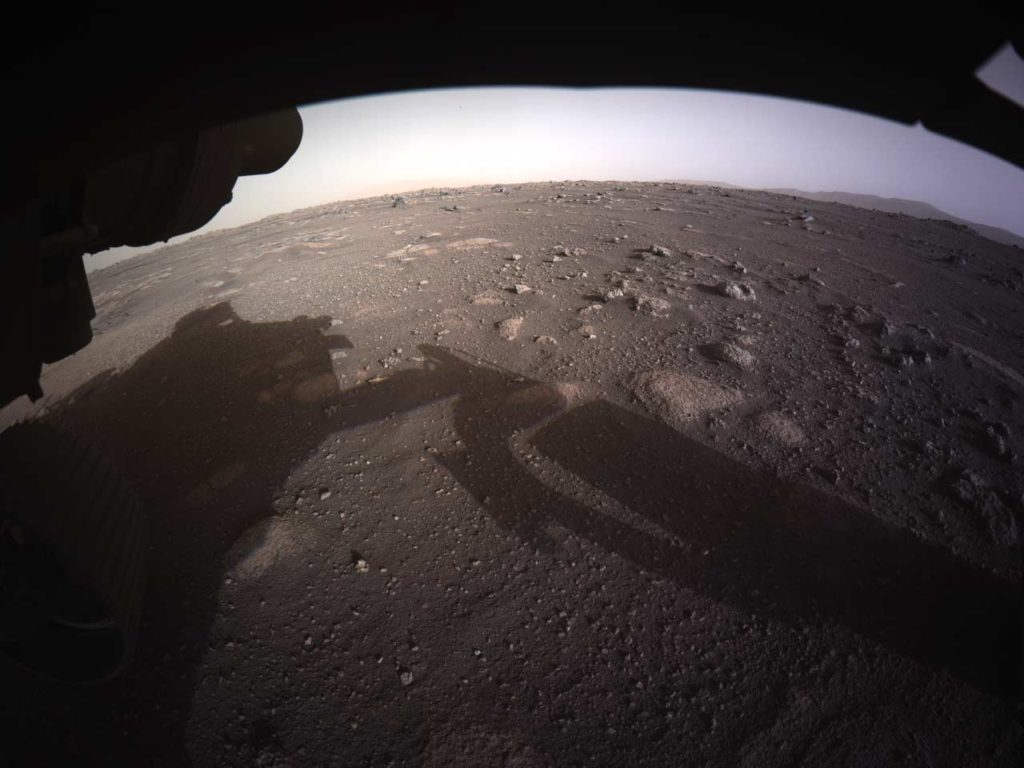 The image on the left shows Percy’s one of the six wheels as she’s lowered onto the Martian soil. The right image is the first high-resolution color image sent by the Hazard Cameras (Hazcams) on the underside of the Rover after her landing on Feb 18, 2021. Notice how eerily similar the ground looks to a dry lake bed you might find here on earth.

In fact, Perseverance landed on Jezero crater which was a lake billions of years ago. The inlet, outlet and the delta formation are a strong evidence of water/liquid in Mars’ past. The ancient river delta is of a particular interest as it could harbor signs of fossilized microbial life. 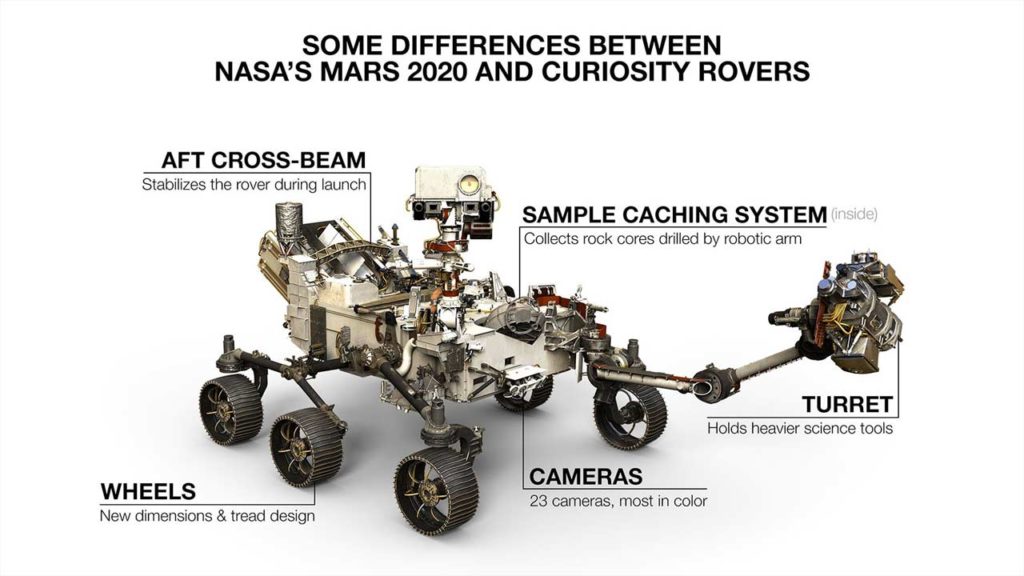 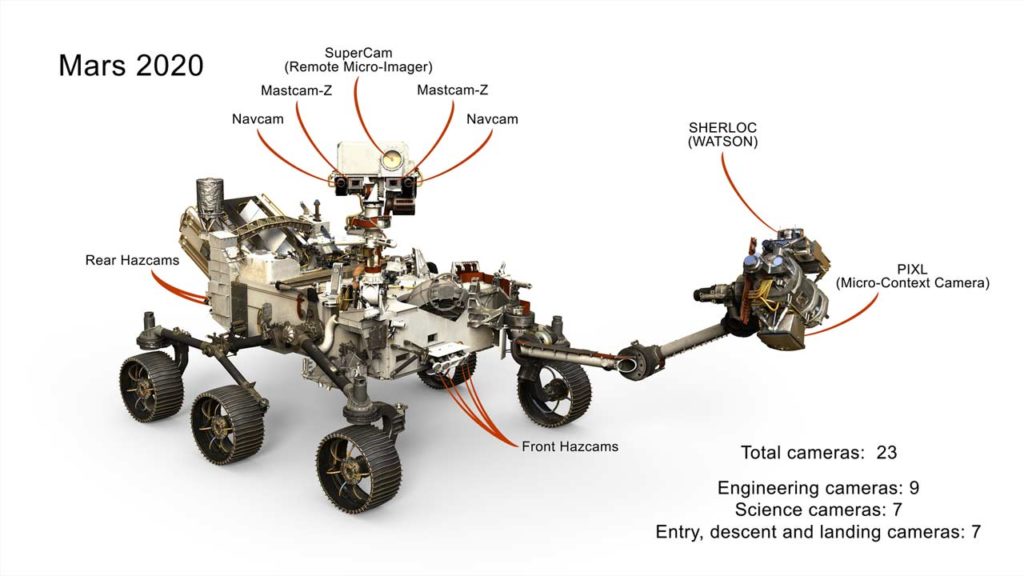 Perseverance is the most advanced of all the rovers that were sent to Mars and obviously, the team at JPL has incorporated all the learnings from the past rovers such as Curiosity (still functional) and Opportunity. The wheels for example, are narrower than Curiosity’s, but bigger in diameter and are made of thicker aluminum. Percy has a total of 23 cameras and also a robotic arm to drill and collect samples to be sent back to earth in a future mission. The samples collected are stored in tube-like apparatus which will be dropped onto the ground to be picked up by a new rover in the future.

As with Curiosity, Perseverance is powered by a Multi-Mission Radioisotope Thermoelectric Generator (MMRTG), which uses the heat from the natural decay of plutonium-238 to generate electricity, which means Percy too could go on for several years. Perseverance weighs 1,025 kg (2,260 lbs), which is 126 kg (278 lbs) heavier than the Curiosity. 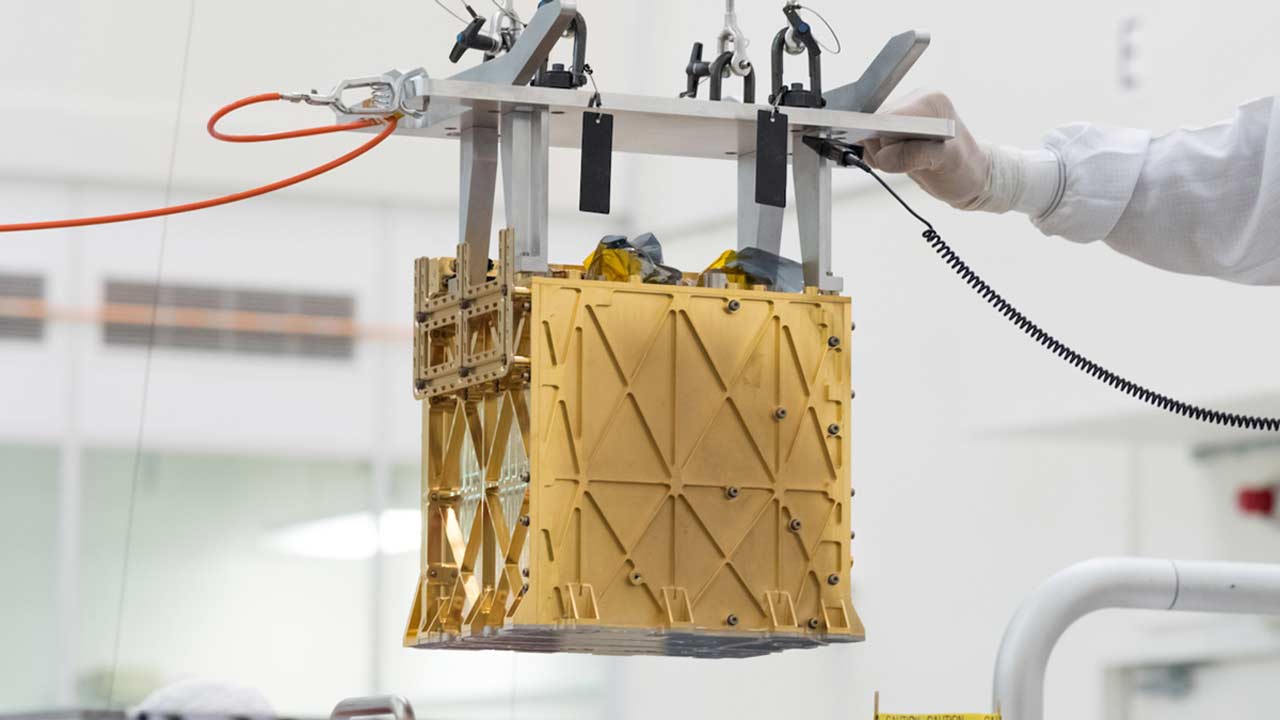 She also carries a car battery-sized device called Mars Oxygen In-Situ Resource Utilization Experiment (MOXIE), a technology demonstration that will produce oxygen from Martian atmospheric carbon dioxide. CO2 makes up ~96% of the gas in Mars’ atmosphere. Oxygen is only 0.13%, compared to 21% in Earth’s atmosphere.

Besides MOXIE, another technology demonstration Perseverance carried with her is a helicopter named Ingenuity, and when it flies, it’ll make it to the history books as the first powered flight in another world. It weighs about 1.8 kg (4 lbs) and its counter-rotating blades need to spin at about 2,400 rpm to be able to fly in the thin Martian atmosphere.