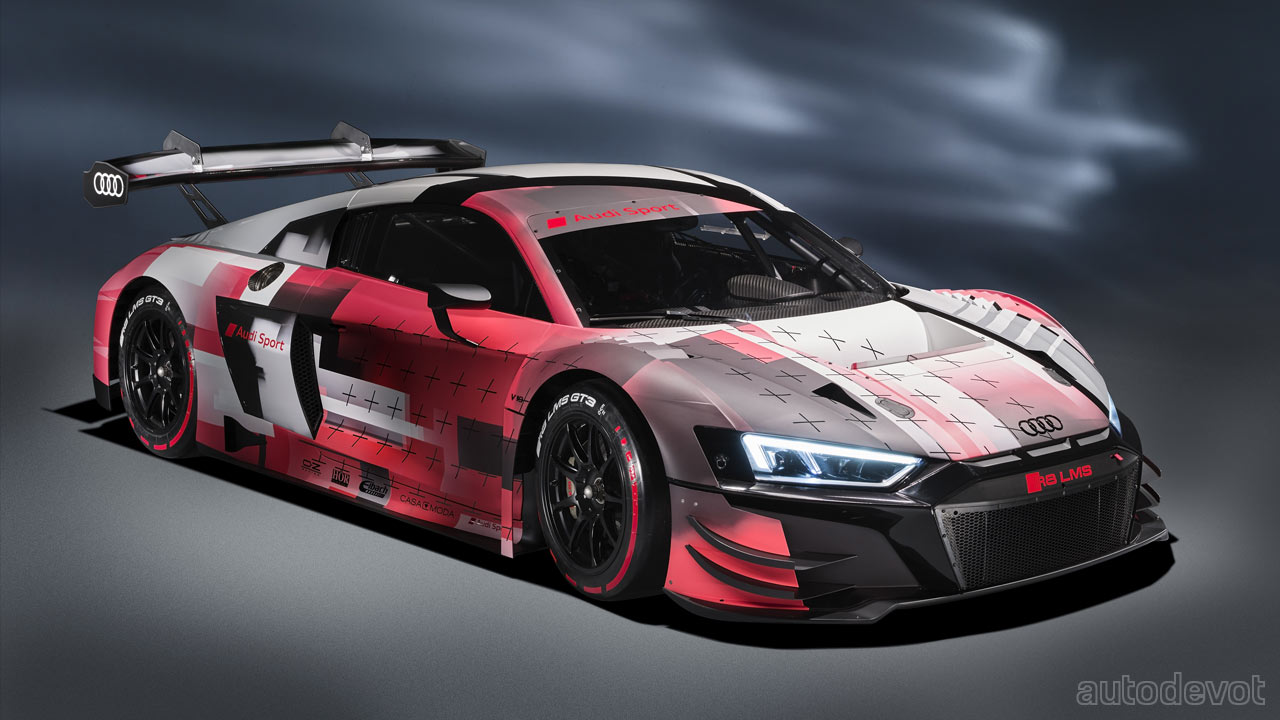 Audi has updated the R8 LMS GT3 race car for 2022 with a host of improvements. The teams can purchase the R8 LMS GT3 evo II as a complete vehicle for €429,000 (plus VAT), or retrofit their existing cars with an upgrade kit. Key highlights of the evo II include better aerodynamics, optimized dampers, more comfort for the driver, and a revised engine. 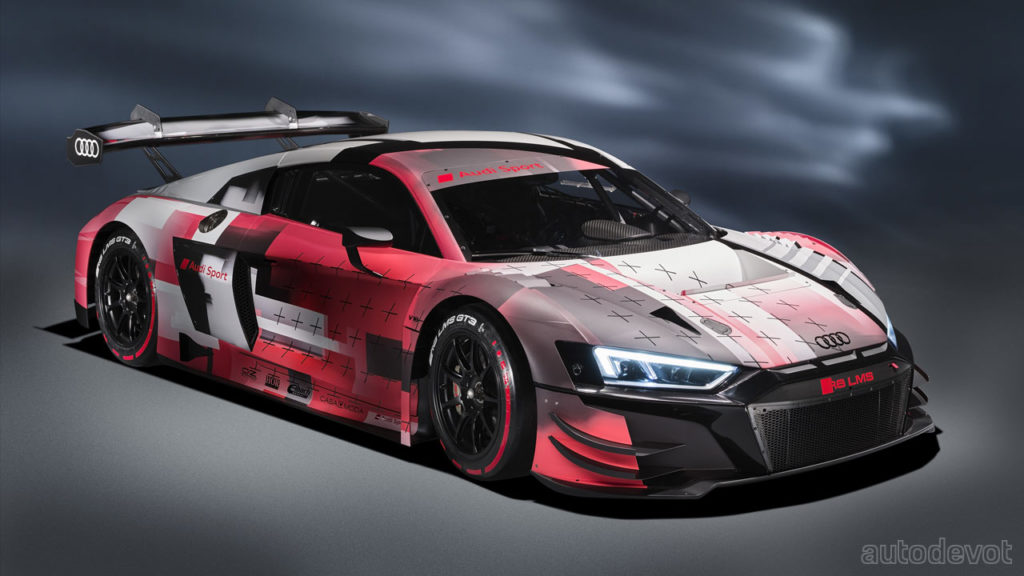 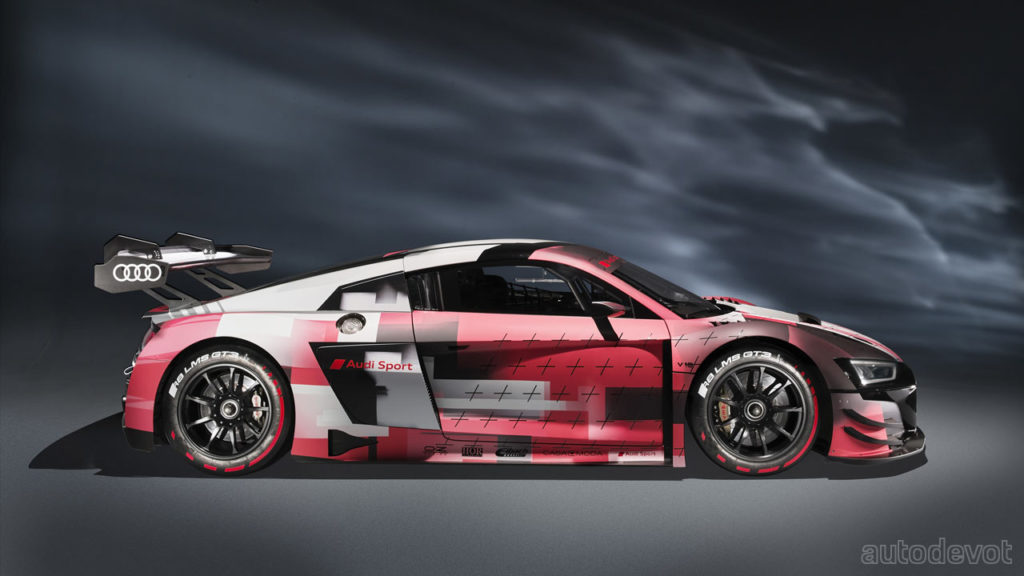 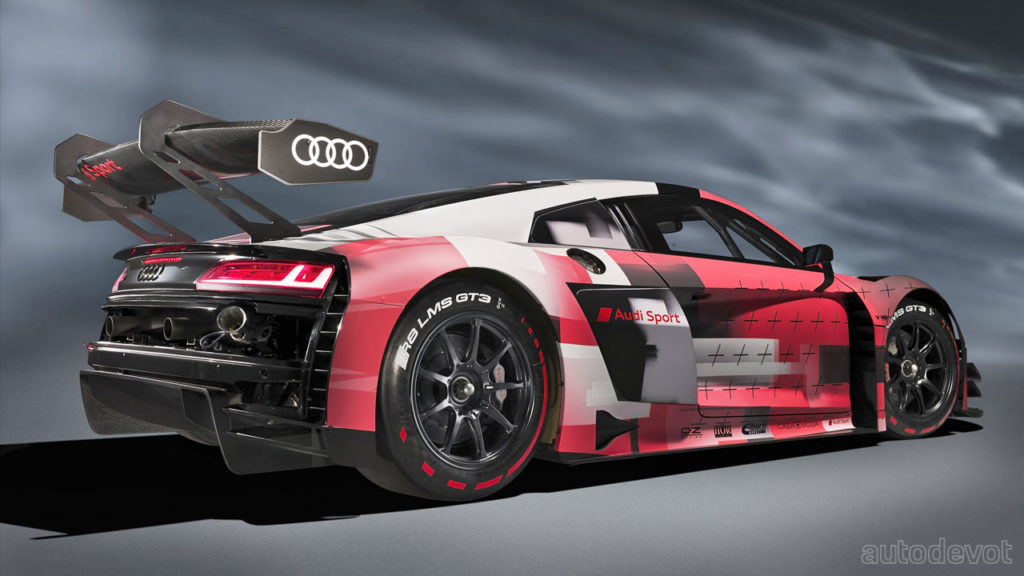 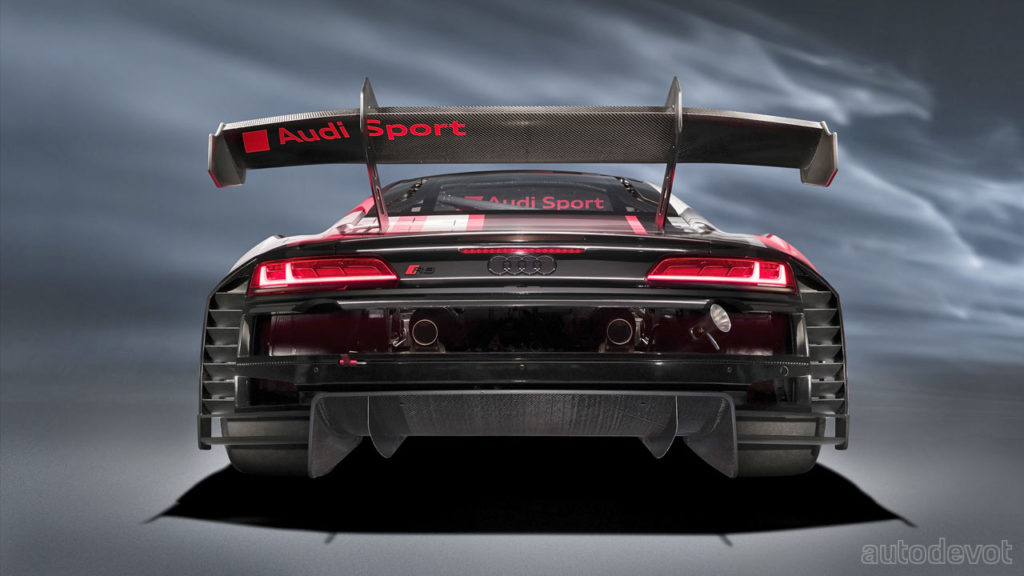 Besides a new base livery, visually, the evo II doesn’t look much different compared to the outgoing one. However, notice a redesigned rear wing. Audi says that a large percentage of downforce is now generated by the new rear wing instead of by the floor, making the car aerodynamically less sensitive under braking. The revised components also include four-way adjustable dampers replacing the two-way variable ones. 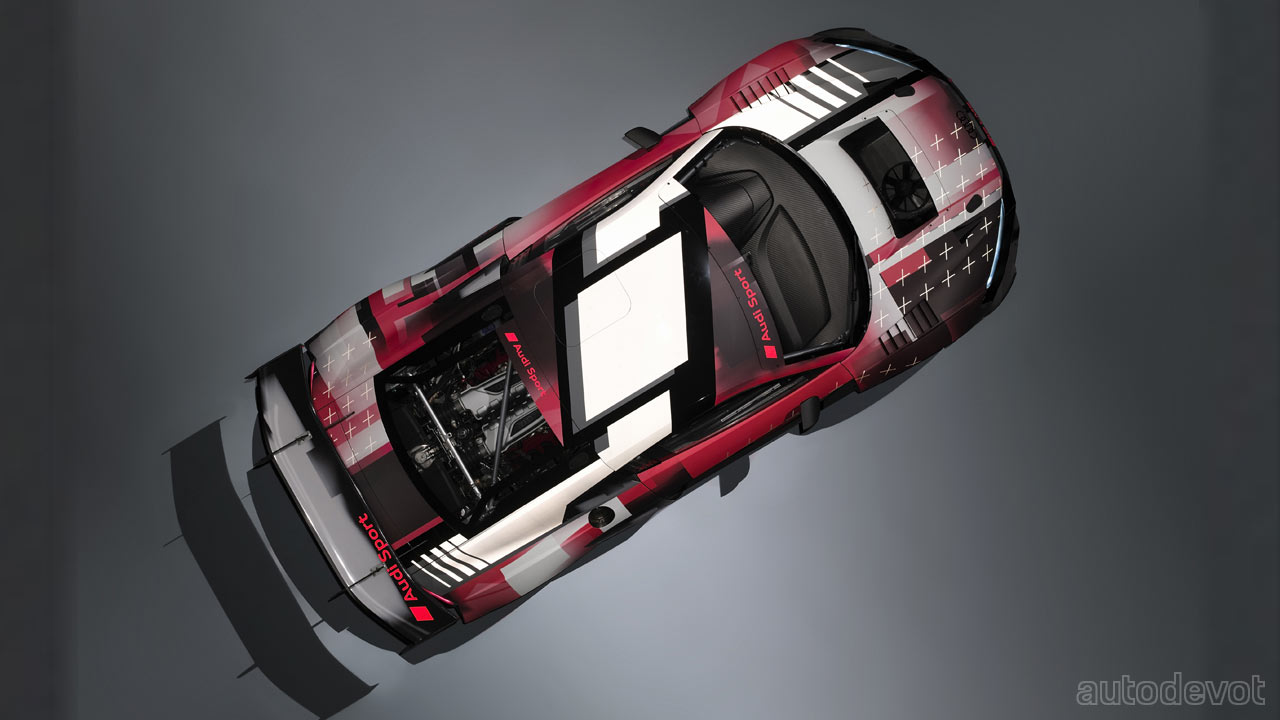 As for the engine, it features a new intake system for a better torque curve. Intake passages extended by 30 mm increase torque in the low and mid-range, Audi said. In case you’re wondering, the 5.2L V10 produces 430 kW (585 metric hp) and 550+ Nm (405+ lb-ft) of torque. The engine is paired with a 6-speed sequential transmission with paddle shifters.

Other improvements include new functionalities for the traction control system with two new switches on the steering wheel, and an air conditioning system for the driver.