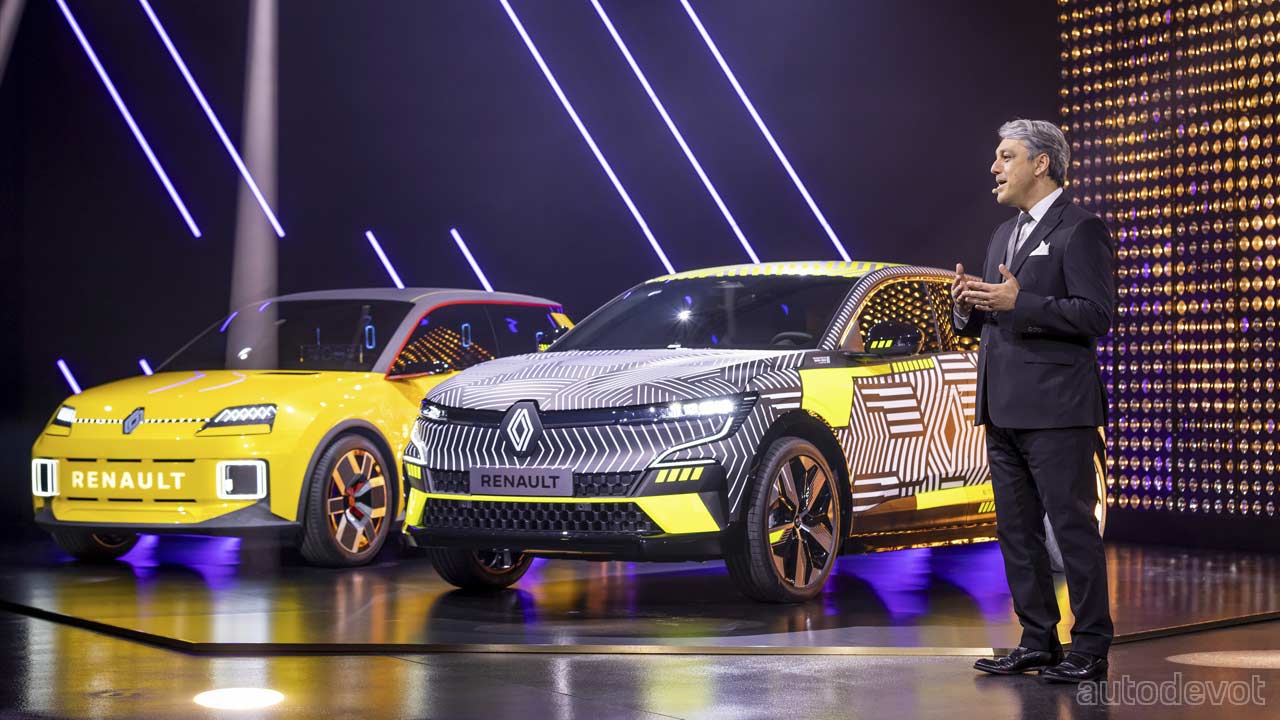 Renault recently held the ‘eWays ElectroPop’ conference which as the name suggests, shares the company’s way forward to 90% electric vehicles in its lineup by 2030. Renault’s EV strategy includes a new battery factory, dedicated BEV platforms, and even developing its own electric motors. Nissan too has announced a similar strategy with a £1 billion EV Hub in Sunderland, UK, but we’ll talk about that in a different post. 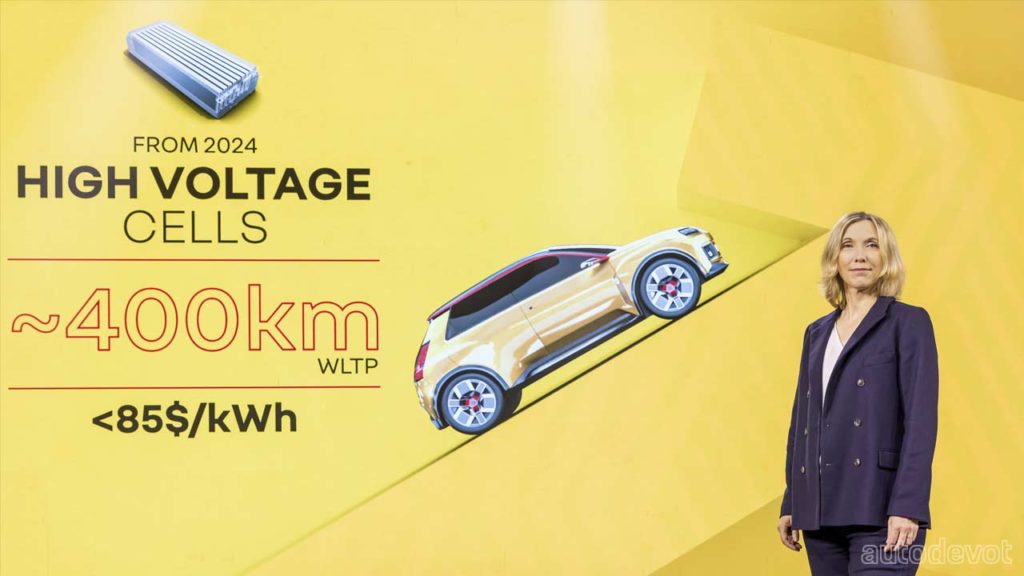 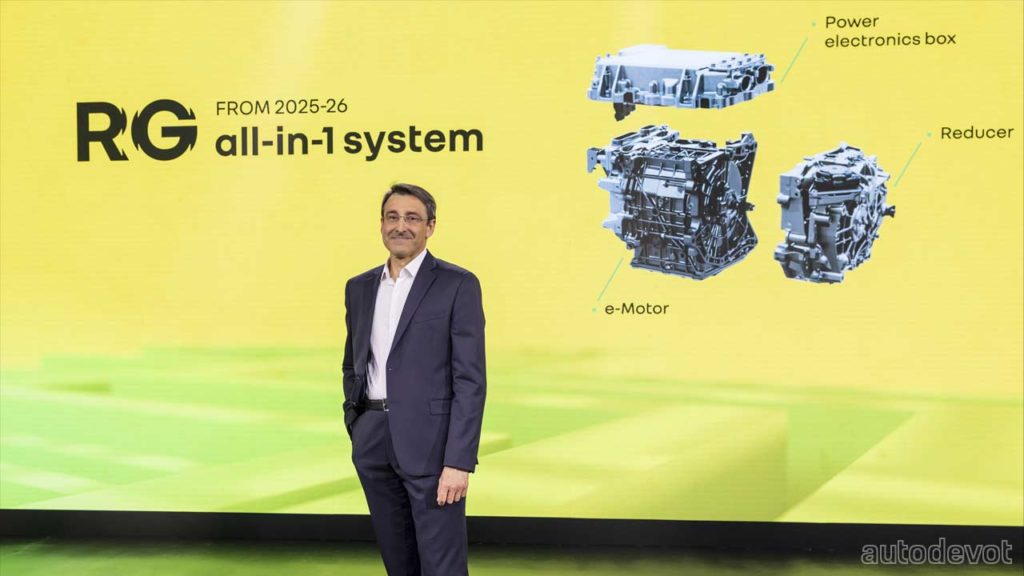 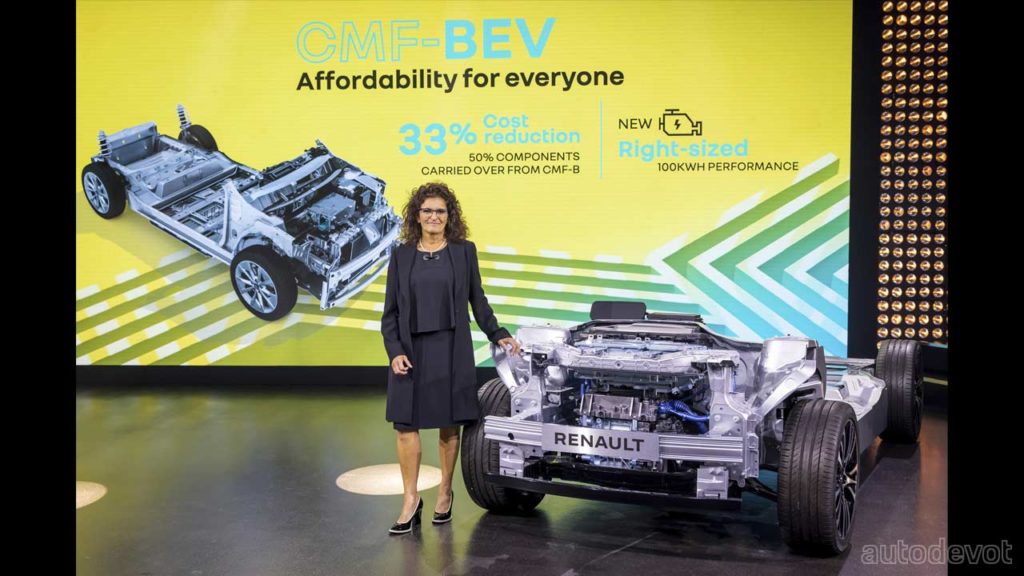 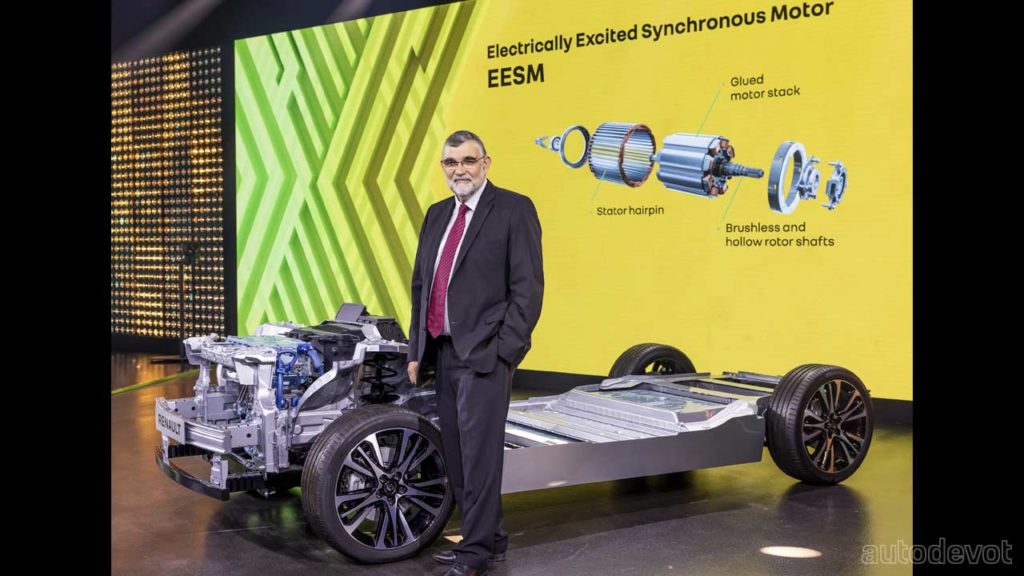 Batteries and factories
So, where should we start? I guess let’s start with the batteries. Renault is partnering with Envision AESC to develop a gigafactory in Douai (France) by 2024 with an initial capacity of 9 GWh and a goal of increasing it to 24 GWh by 2030. The factory will produce the “latest technology, cost-competitive, low-carbon” batteries for EVs including for the upcoming Renault 5. Renault will also acquire a 20% stake in French start-up Verkor and the companies intend to co-develop a high-performance battery for Renault’s C and higher segment models as well as for the Alpine brand. Verkor aims to build its first gigafactory in 2026 with an initial capacity of 10 GWh. If things go according to plan, Renault will switch to all solid-state batteries by 2030. 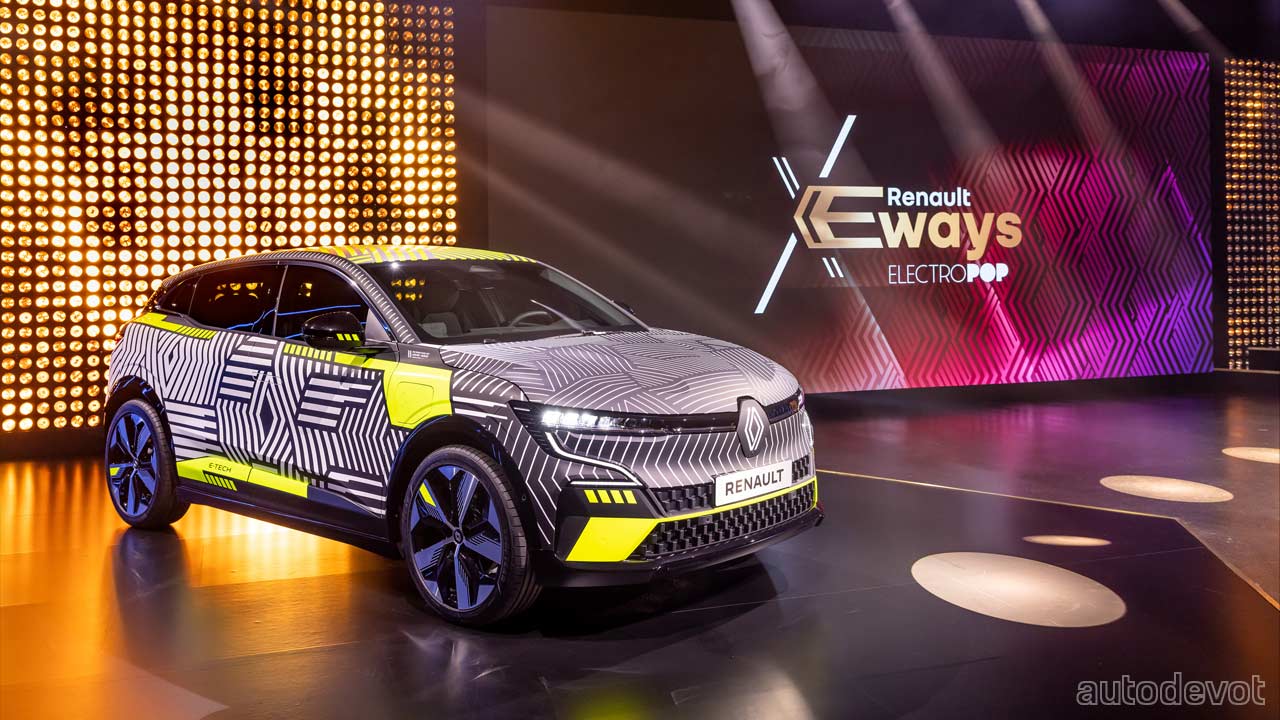 Dedicated EV platforms
The next highlight in this strategy is dedicated EV platforms — CMF-EV and CMF-BEV; the former is for C and D segments, while the latter is for the B-segment. The CMF-EV is claimed to offer a WLTP range of up to 580 km (360 mi), and “a great driving pleasure thanks to its low centre of gravity and ideal weight distribution, a very low steering ratio allowing quick vehicle response and a multi-link rear suspension”. The upcoming MéganE (Mégane E-Tech) is underpinned by this CMF-EV platform.

The CMF-BEV is a low-cost platform which according to Renault, will reduce the vehicle cost by 33% compared to the current ZOE. This has been achieved by borrowing some of the non-EV components from the CMF-B platform, and a low-cost 100 kW (136 metric hp) powertrain,  among other things. This platform is claimed to offer a WLTP range of up to 400 km (248 mi).

In-house e-powertrains
Renault also said that it wants to develop its own electric motors but with no rare-earth materials (no permanent magnets). The first one is gonna be what Renault describes as an electrically excited synchronous motor (EESM), expected to be employed in EVs by 2024. Renault has also partnered with the French Start-up Whylot to develop an axial flux e-motor by 2025. This technology will first be applied on hybrid powertrains with an aim to reduce the costs by 5% while saving up to 2.5 g of CO2. Lastly, a more compact package called the all-in-one system is also in the works, which as the name suggests, combines an e-motor, a reducer and the power electronics module in a single package.

We’ll train, invest, and partner with established & emerging best-in-class actors in their fields including: STMicroelectronics, Whylot, LG Chem, Envision AESC, and Verkor. Ten new electric models will be conceived and up to one million electric vehicles will be manufactured by 2030, from cost-efficient urban vehicles to higher-end sports cars. — Luca de Meo, CEO, Renault