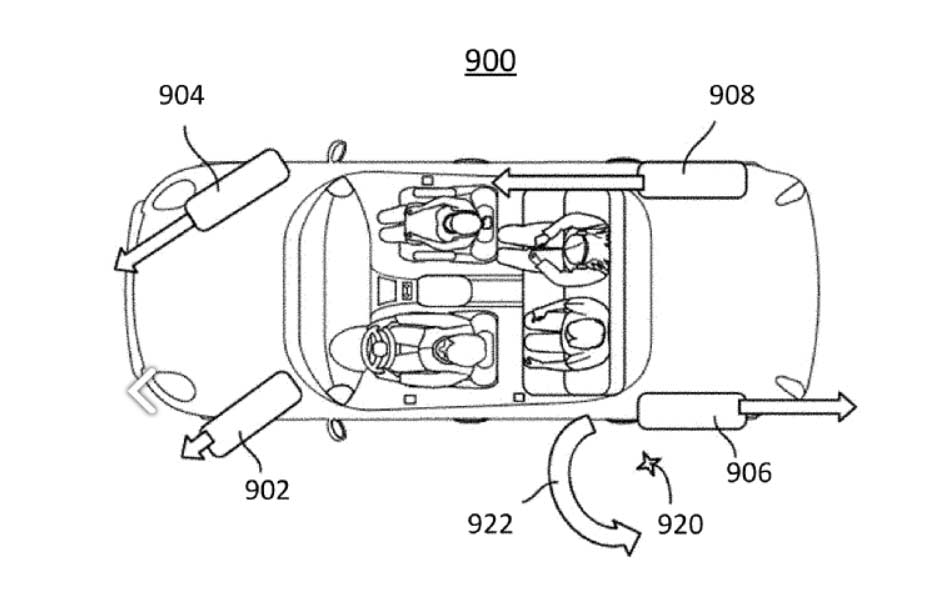 It sounds familiar, or should we say — it turns familiar?

A bunch of future Rivian owners have congregated in an online forum to share their enthusiasm for the brand and of course, to also learn more about their upcoming R1S or R1T. And so, the forum has discovered a patent filing by Rivian for a function called ‘K-Turn’. No, this is not about the Tank Turn feature Rivian showcased in December 2019.

Interestingly, the patent for this ‘K-Turn’ was applied during the same time it showcased the Tank Turn, in December 2019. The patent publication number US20210197820 is titled “Systems and methods for providing a vehicle with a Torque Vectored K-Turn Mode”. A brief description below, after the diagrams — 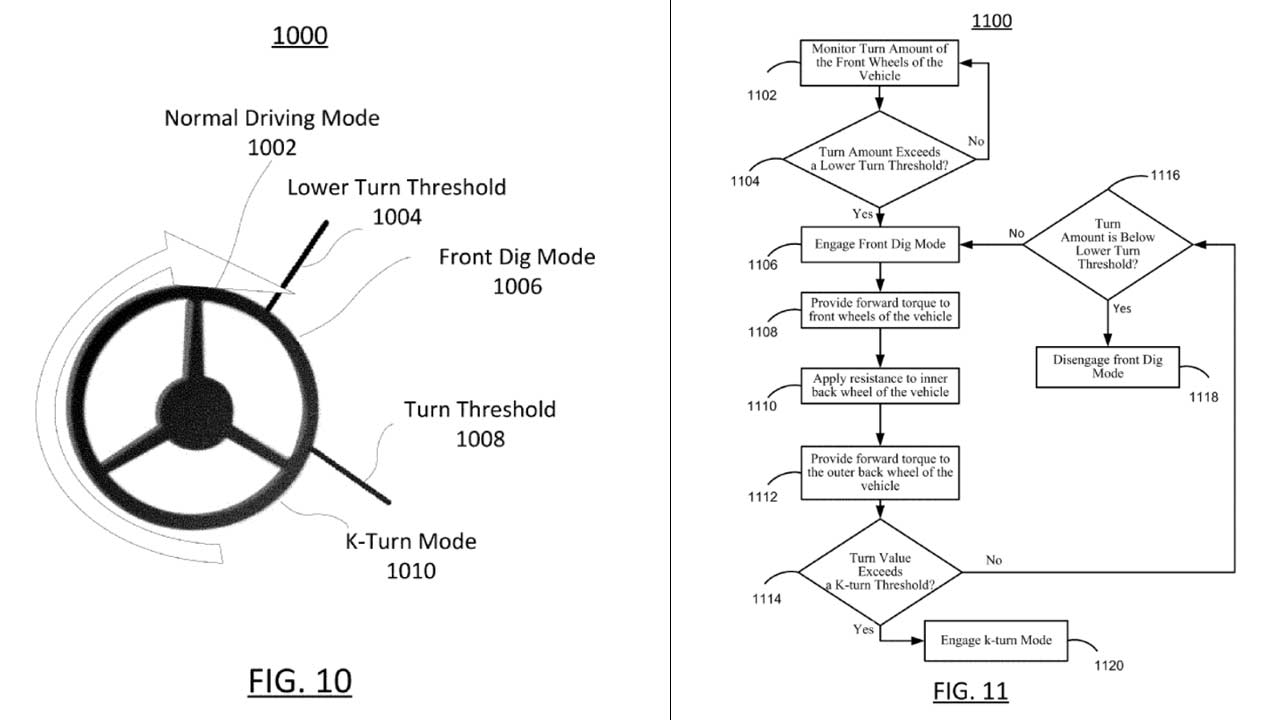 If that sounds familiar, it is. But let me try and explain anyway in the simplest terms possible. While the Tank Turn makes the vehicle spin on its own axis, the K-Turn is more like pivoting, if you will. Imagine you reached an extremely tight corner and you need to make a left turn, for example, the K-Turn upon deciding what’s best, keeps one or both the rear wheels locked (Rivian uses the term “static”) so that the front wheels can turn and make the vehicle pivot out of that situation. In other words, the feature enables a more sharper turn. As the patent diagrams suggest, this K-Turn mode kicks in only when the steering wheel exceeds a “turn threshold”.

Of course, this raises some obvious questions such as — isn’t this something obvious expected with quad-motor torque vectoring? Also, the new Bronco drivers are scratching their heads wondering how exactly is this different from the Trail Turn Assist? Maybe it’s just that in the Bronco, you’ve to specifically hit the Trail Turn Assist button, whereas in Rivian, it is automatically engaged based on the steering’s turn threshold. Rivian hasn’t yet announced if the R1S or R1T will get this feature, but we might see a demo clip in the not-too-distant future, which might give us a better idea.