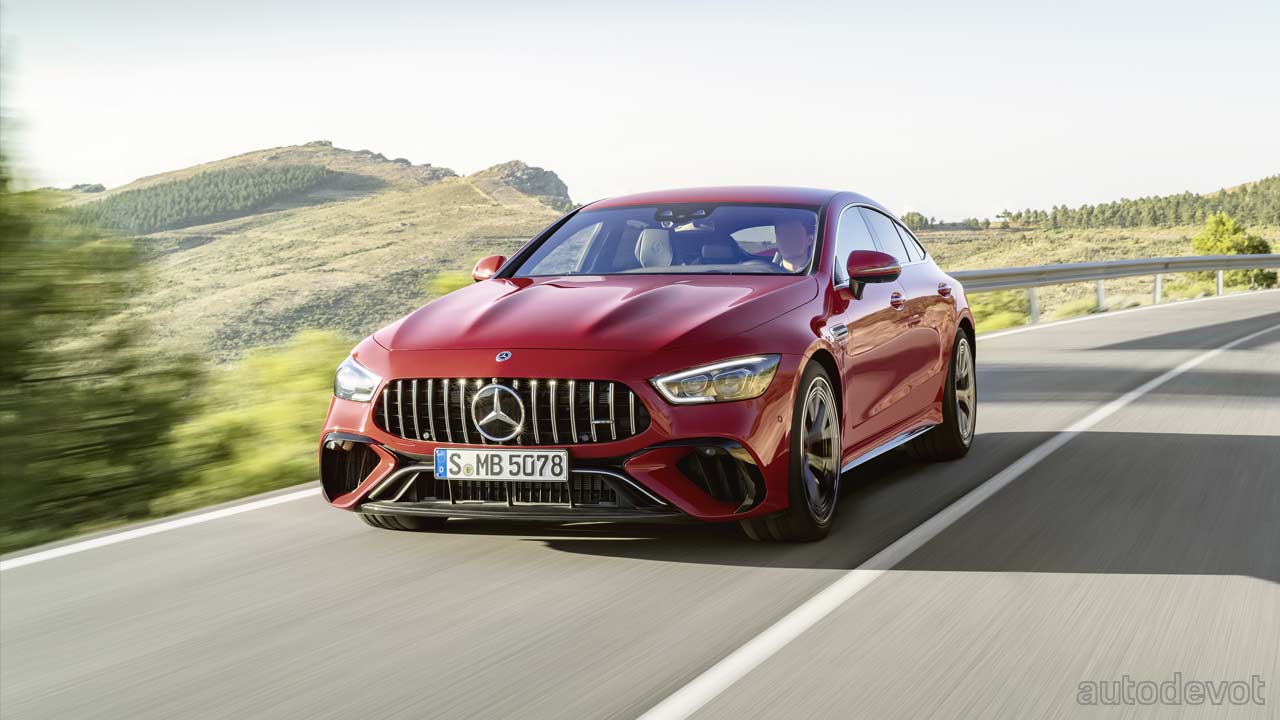 Why should Panamera have all the fun?

Inevitably, the Mercedes-AMG division too has to take the all-electric route at some point in the future, but it has to cross a bridge called hybrid. And so, it had revealed the E Performance drivetrain a few months ago with two options: one with a 2.0L engine and the other with the popular 4.0L V8 biturbo. Now though, it’s time to reveal the first application itself, which is gonna be the GT 63 S E Performance. 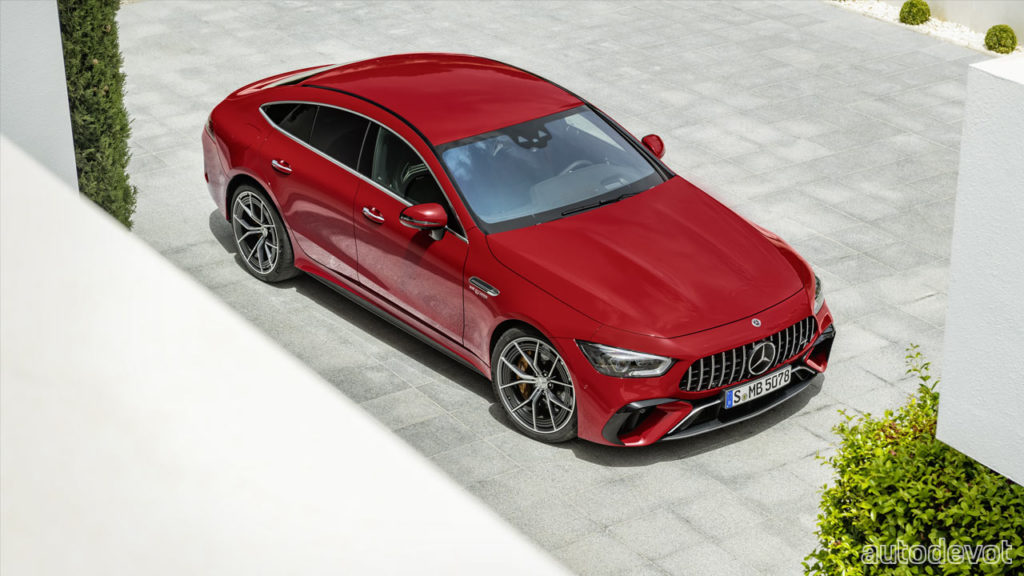 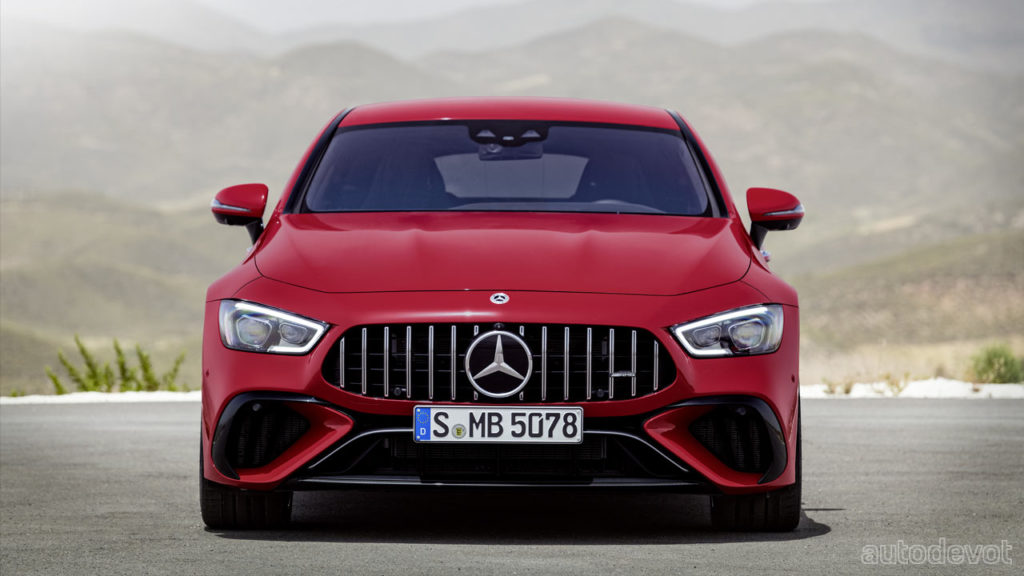 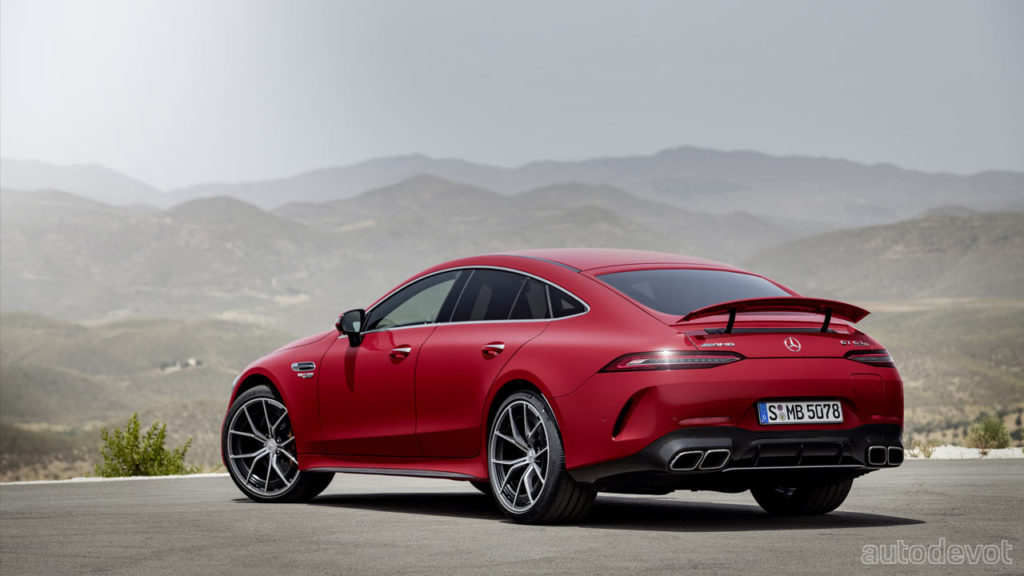 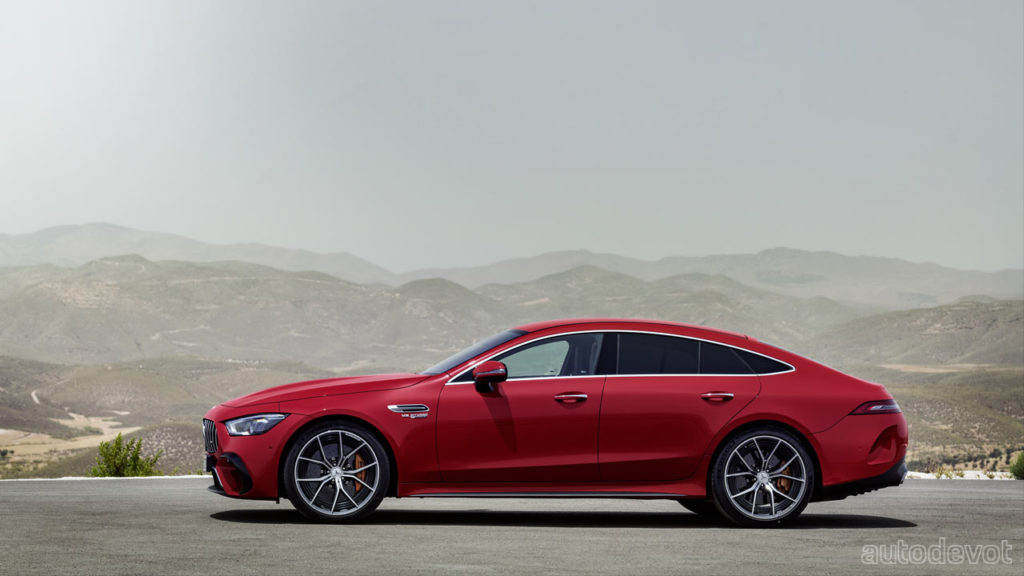 Visually, the E Performance looks just like any other AMG GT 4-door coupe, save for an E Performance badging on the front wings/fenders. It doesn’t bother adding any additional drama such as blue or green accents, not that it needs to, but you know, I’m just saying. The Panamera Hybrid, for example, adds lime green calipers and badges. But anyway, notice a charging flap on the rear bumper, just underneath the right taillight. In addition to four matt, five metallic and two non-metallic paint finishes, there are seven new paint finishes to choose from. Wheel options include 20- and 21-inch light-alloys. 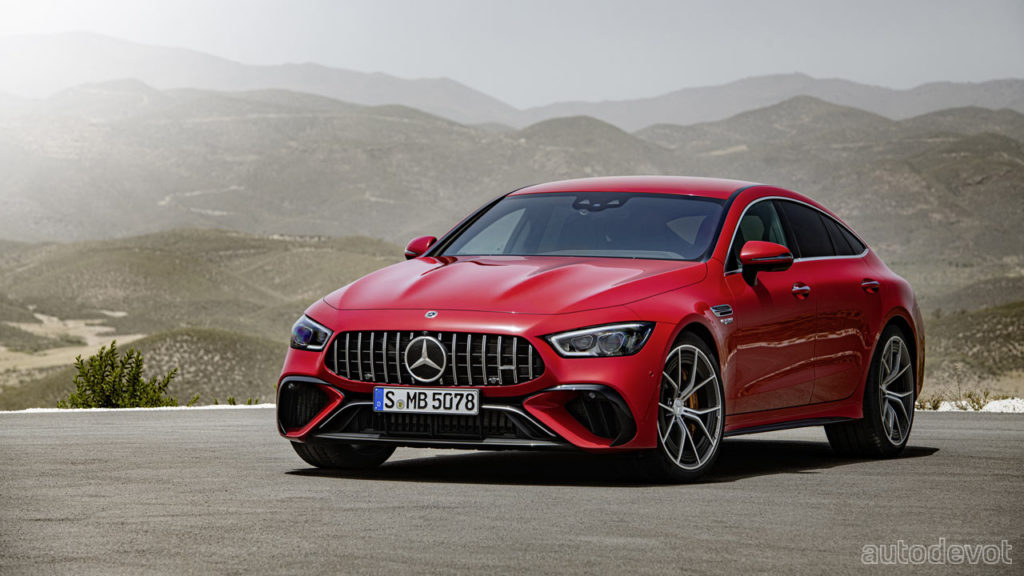 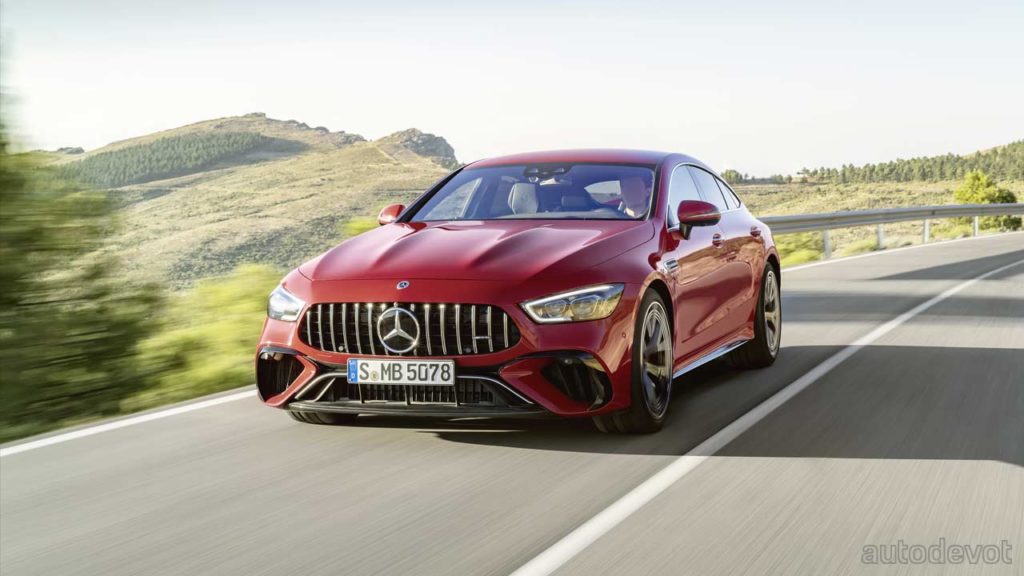 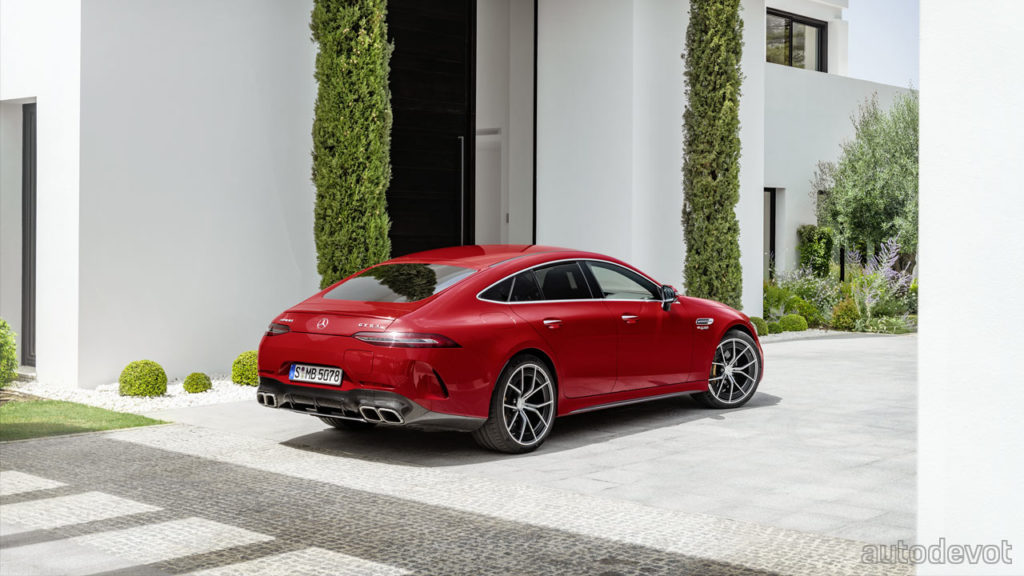 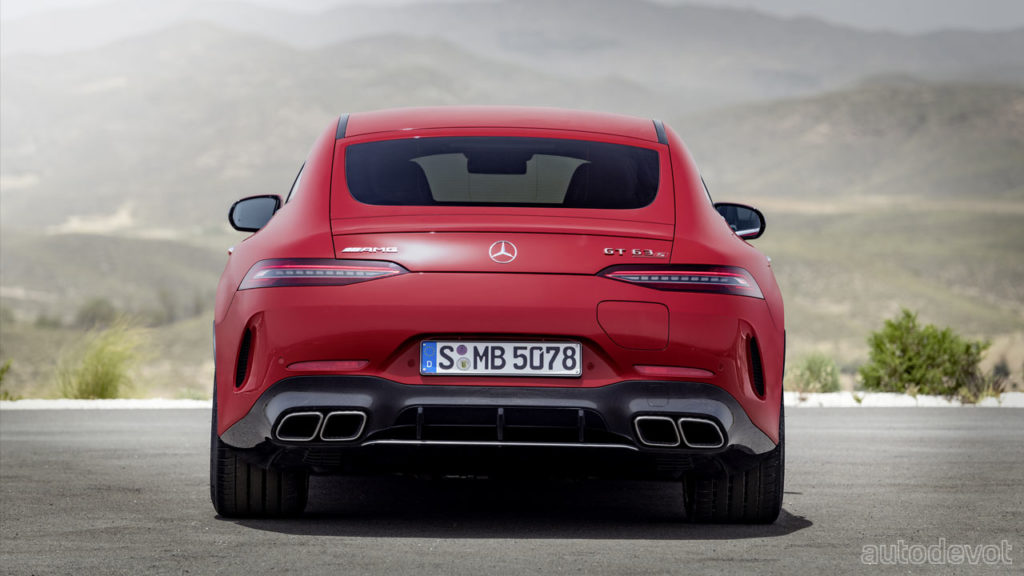 The AMG Ride Control+ suspension comes standard, which is a multi-chamber air suspension with automatic level control, combined with adaptive, electronically controlled adjustable damping. This system has been borrowed from the updated GT 4-door models that were revealed a few months ago. 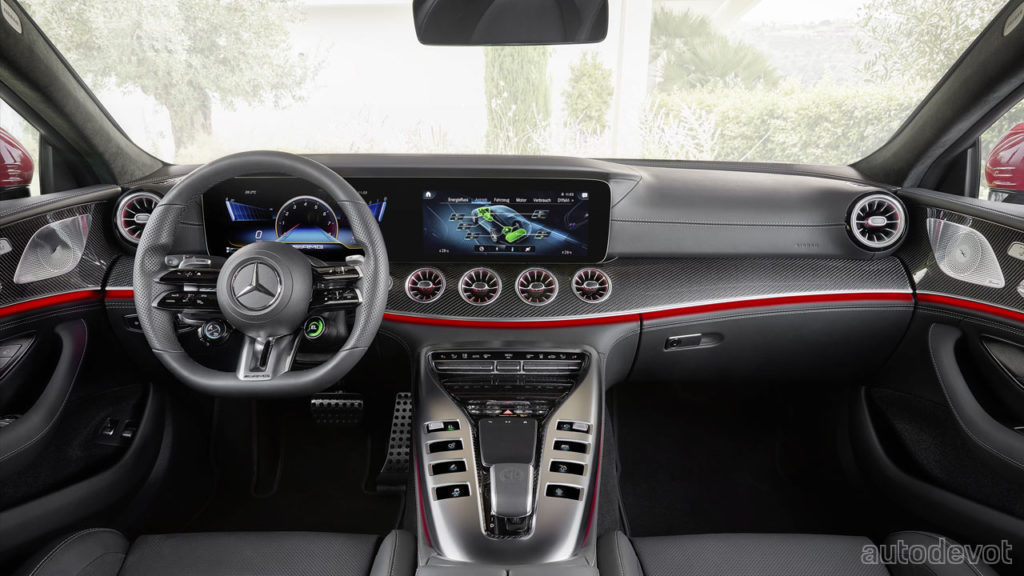 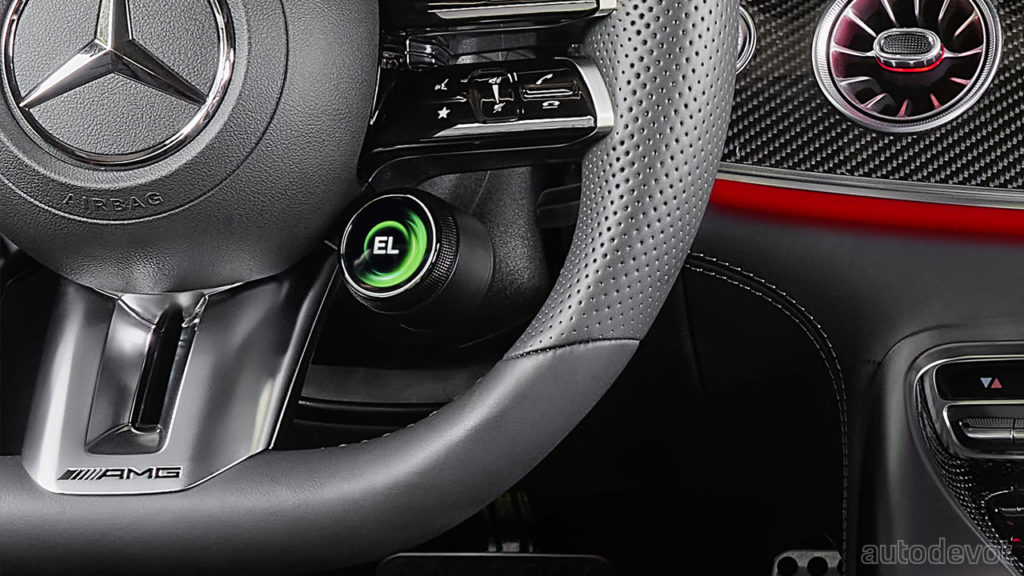 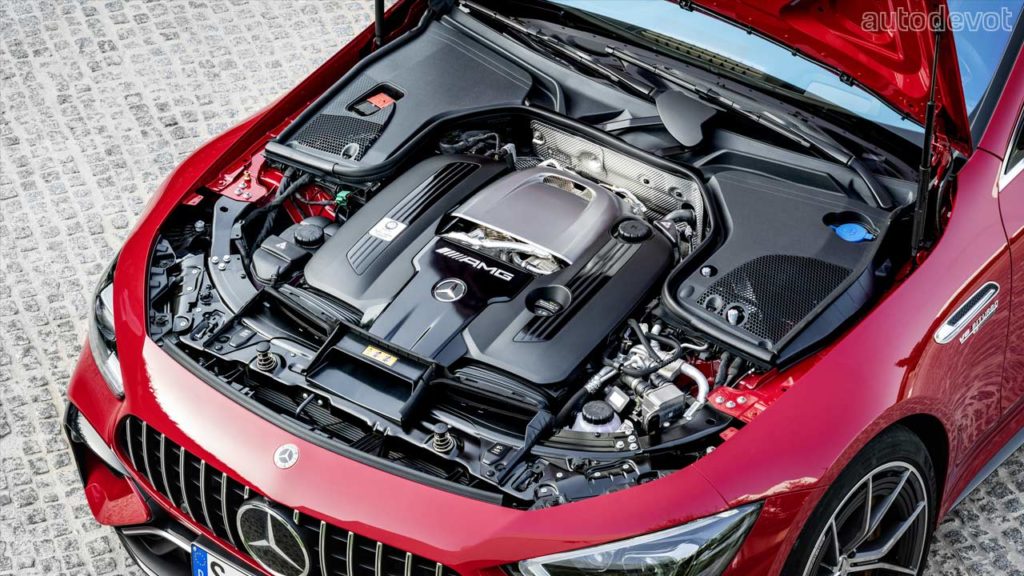 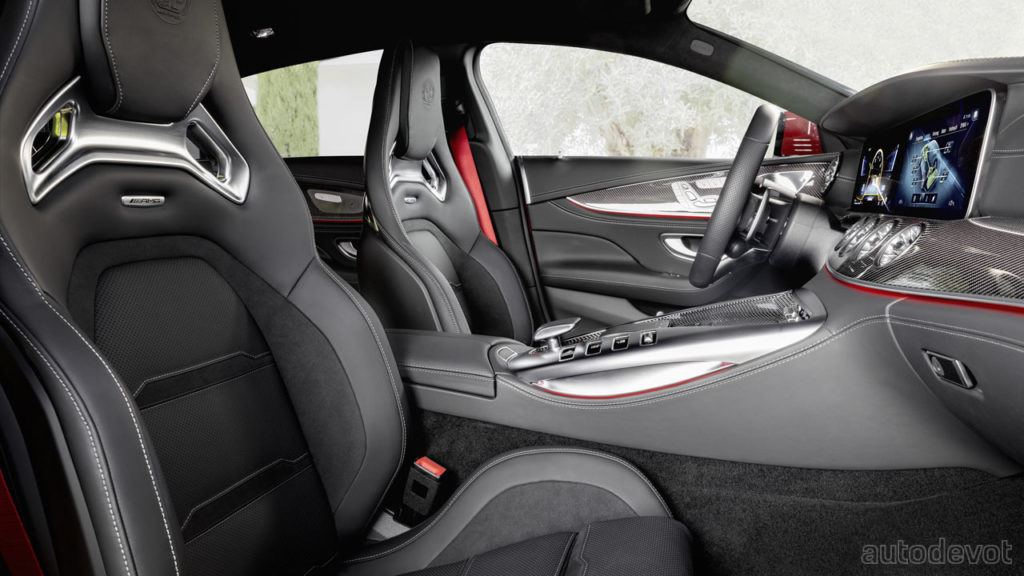 Moving on to the juicy bits of the story then, the hybrid powertrain comprises a 4.0-litre V8 biturbo engine at the front and a permanently excited synchronous electric motor at the rear axle—where it is integrated with a two-speed gearbox and an electronically controlled limited-slip rear differential in a compact electric drive unit (EDU). Transmission is a 9-speed torque converter automatic. 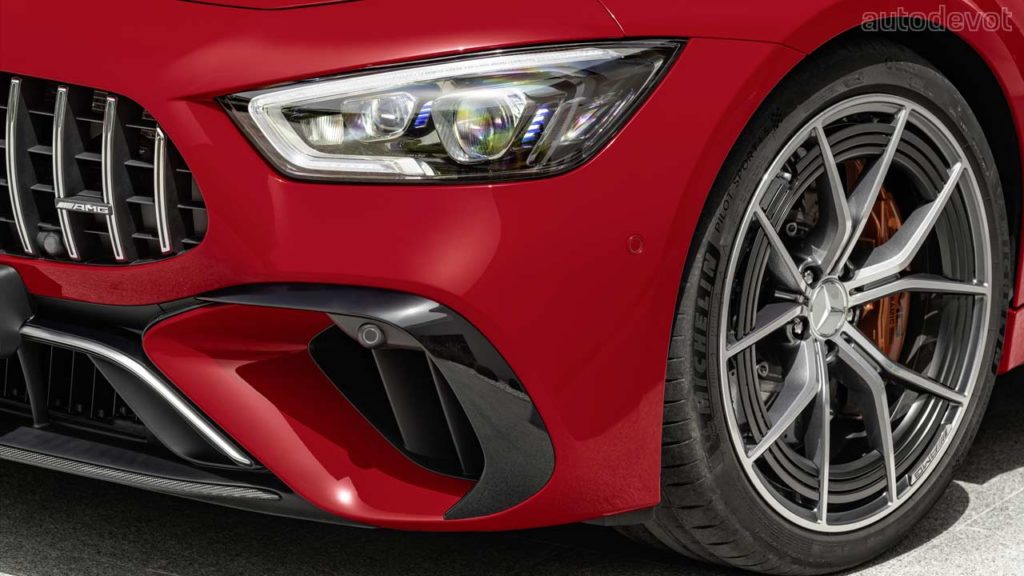 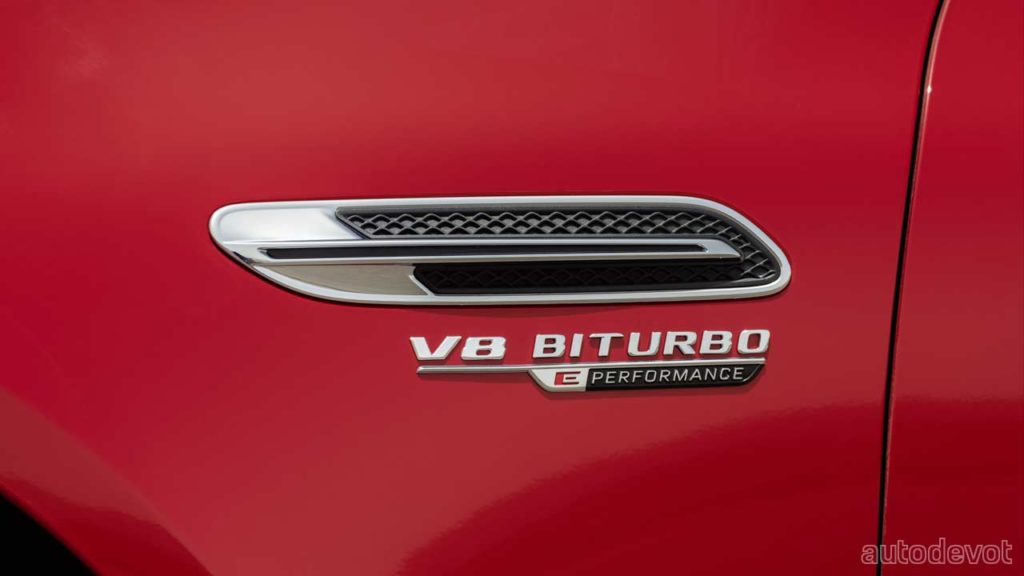 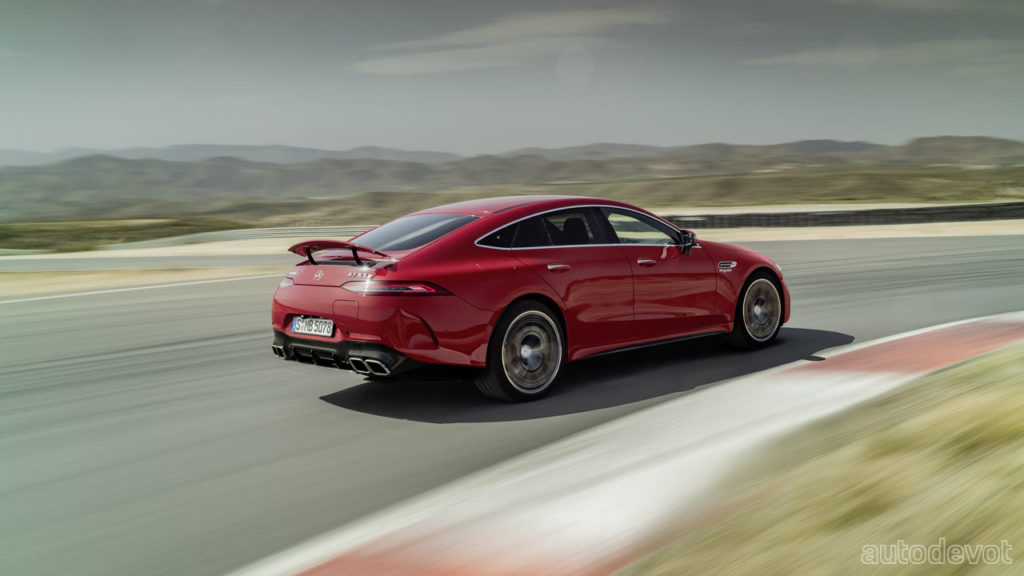 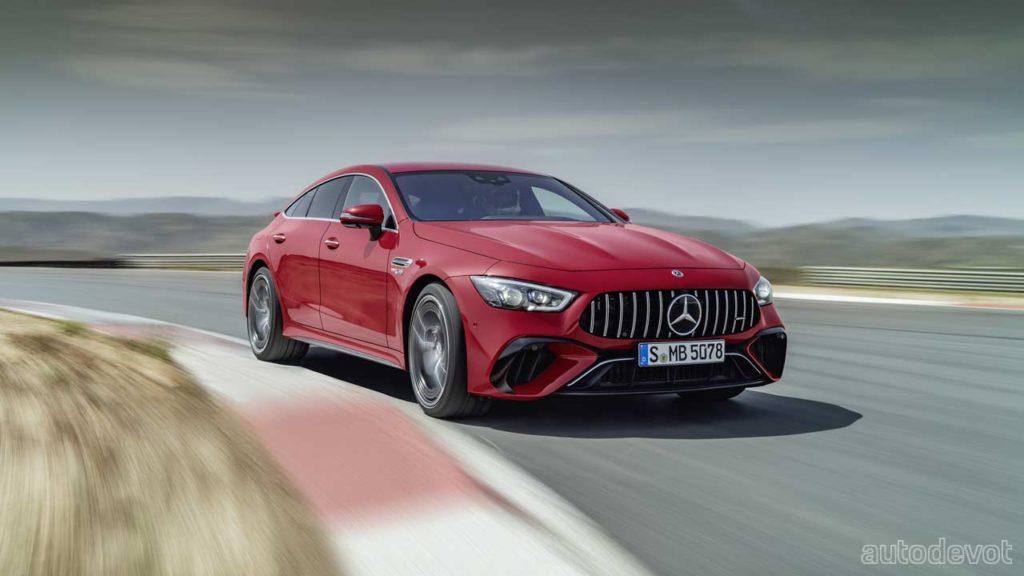 Last but not the least, the driver can select regeneration in four stages via the steering wheel buttons, from Level 0 to Level 3. The Level 3 is for so-called “one-pedal” driving, where more than 100 kW of power can be fed back into the battery, depending on the driving conditions.