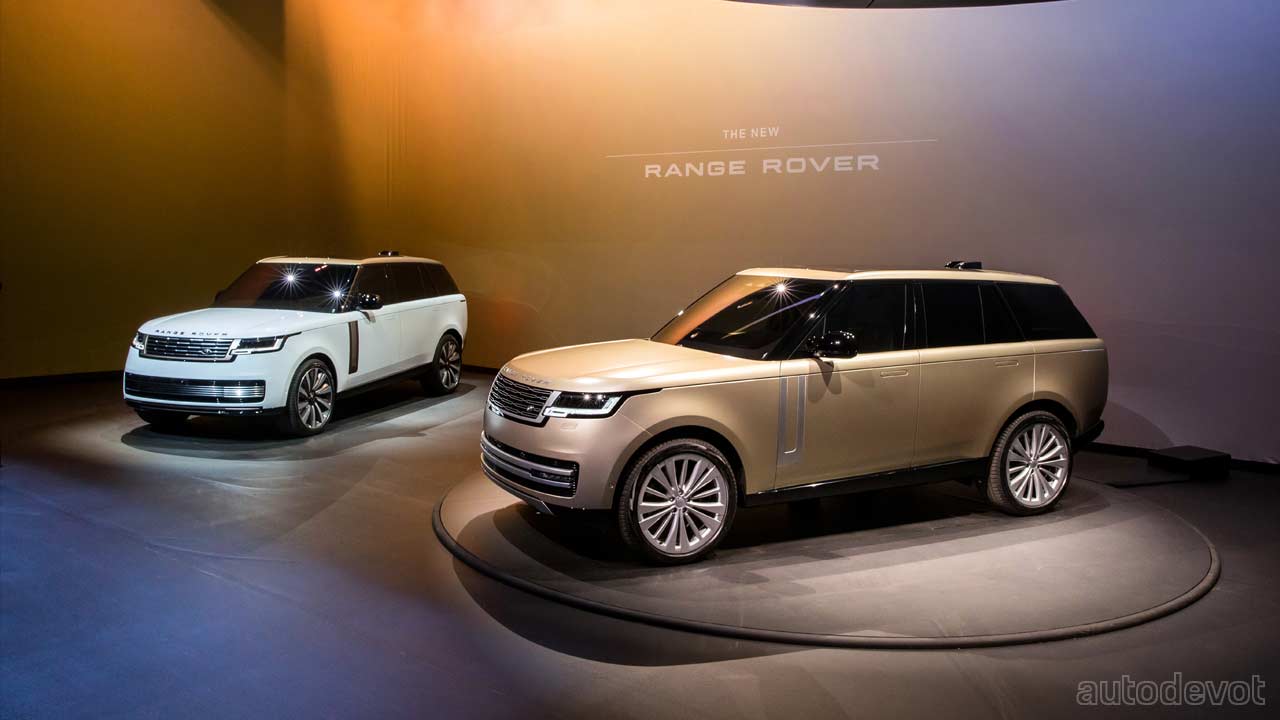 A pure-electric version will join the lineup in 2024

Land Rover has unveiled the 5th generation of the full-size Range Rover, scheduled to go on sale later in 2022 with a starting price tag of £94,400 in the UK. While there’ll be mild-hybrid powertrains on offer at launch, two PHEV variants will join the lineup in 2023 and a pure-electric version will be ready by 2024. And, one of the highlights of the new Range Rover is that during its development process, Land Rover claims to have filed no fewer than 125 patents covering everything from its chassis technologies to PHEV battery. 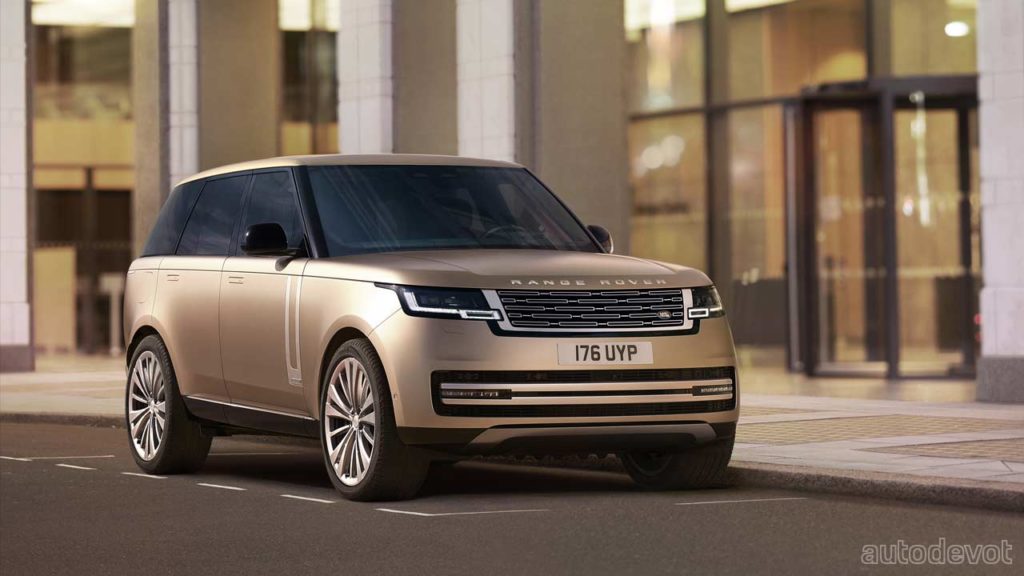 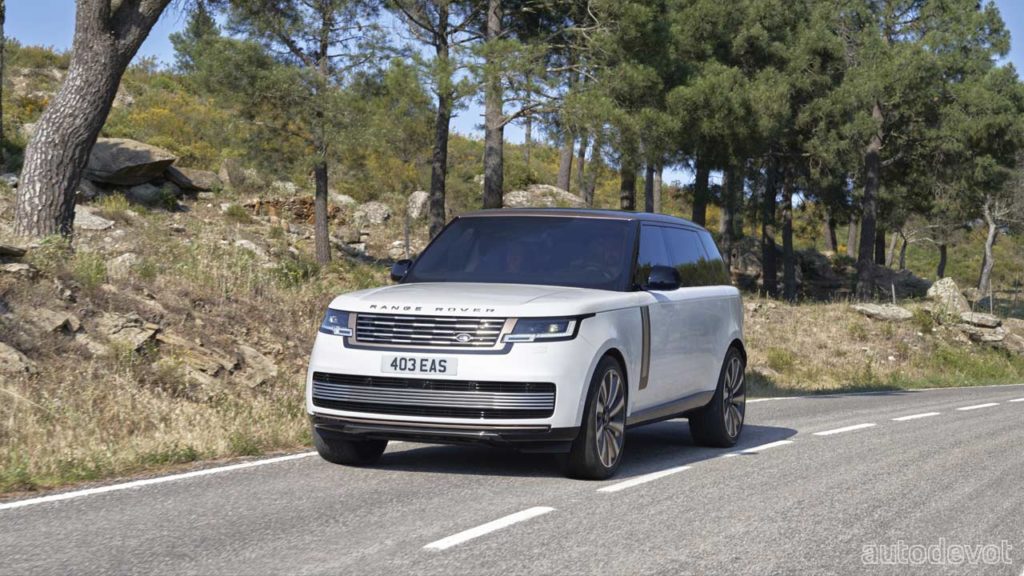 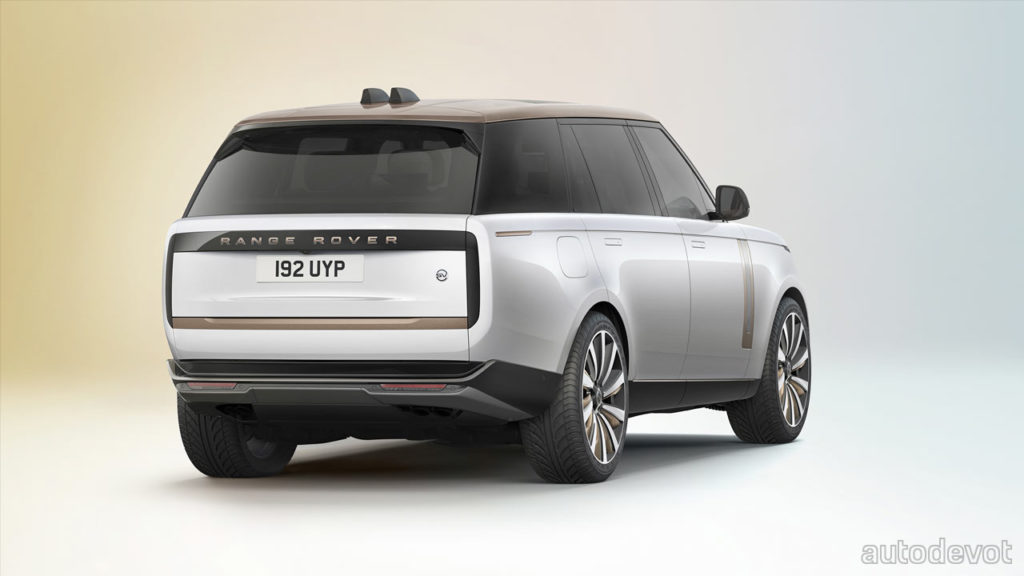 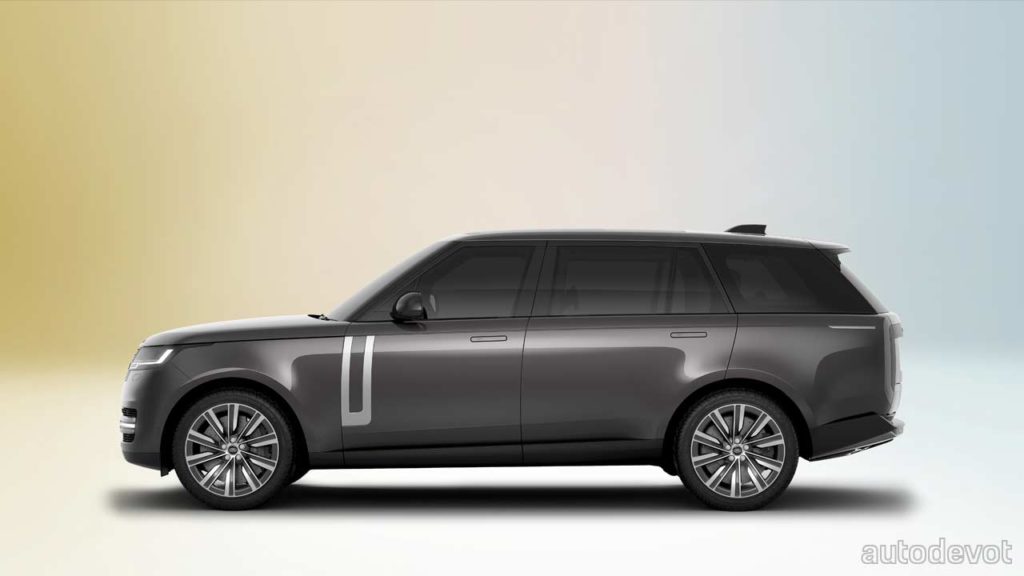 The new Range Rover is built on a new MLA-Flex architecture that enables both Standard and Long Wheelbase bodystyles with 4-, 5- or 7-seat configurations. The new architecture is also claimed to deliver, among other things, a “serene cabin calmness”. As for the styling, I think it pretty much speaks for itself; it’s a clean styling with reduced lines—so much so that the new Range Rover looks like a concept vehicle from certain angles. The front fascia and side profile are very much recognizable as a Range Rover, but the rear-end is where things get pretty interesting. There’s a black panel in the middle of the tailgate with a large Range Rover branding. And in case you’re wondering where the lights are, well, the turn signals are “hidden” in that horizontal black panel, and so are the taillights in those vertical blacked-out panels. 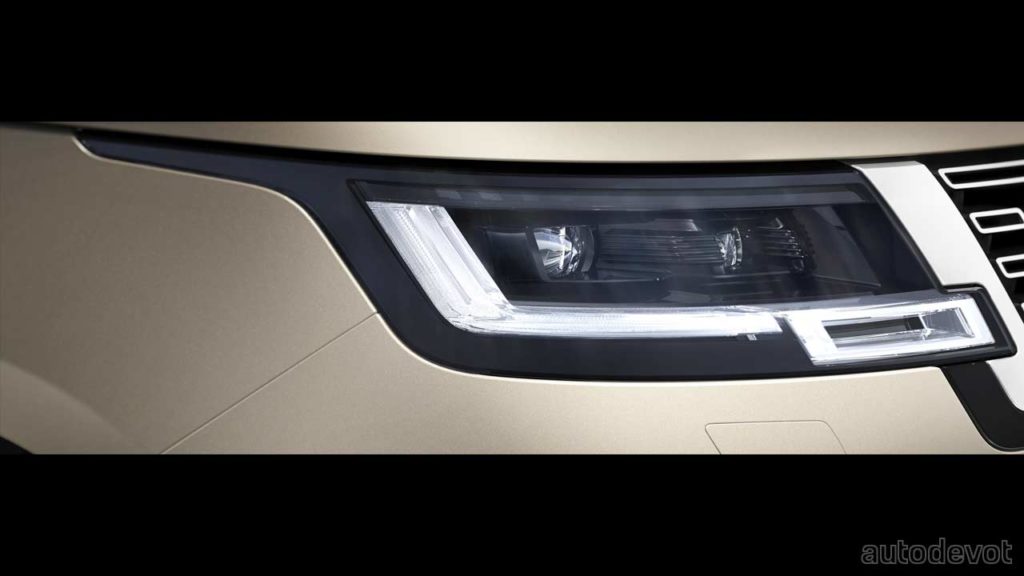 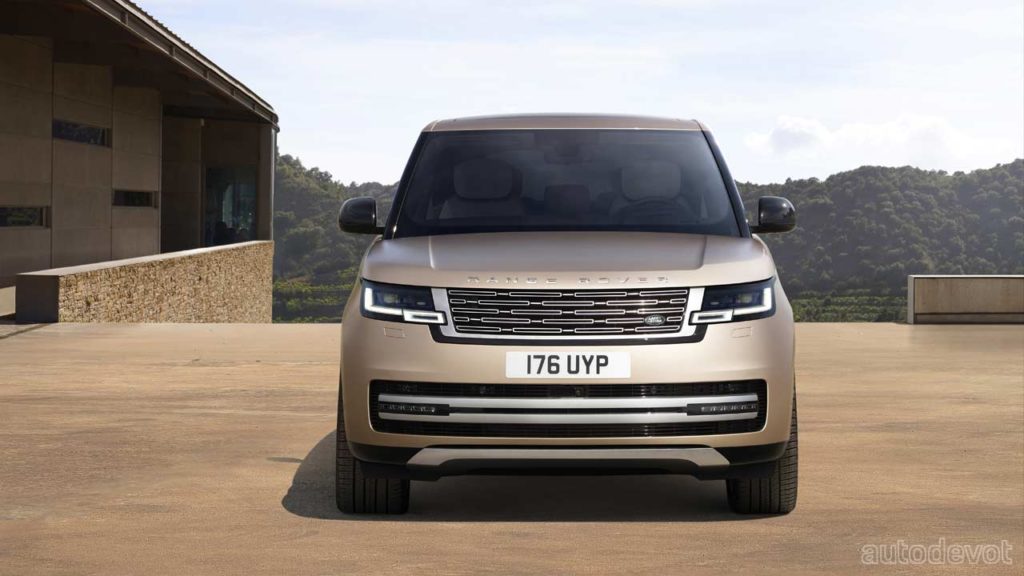 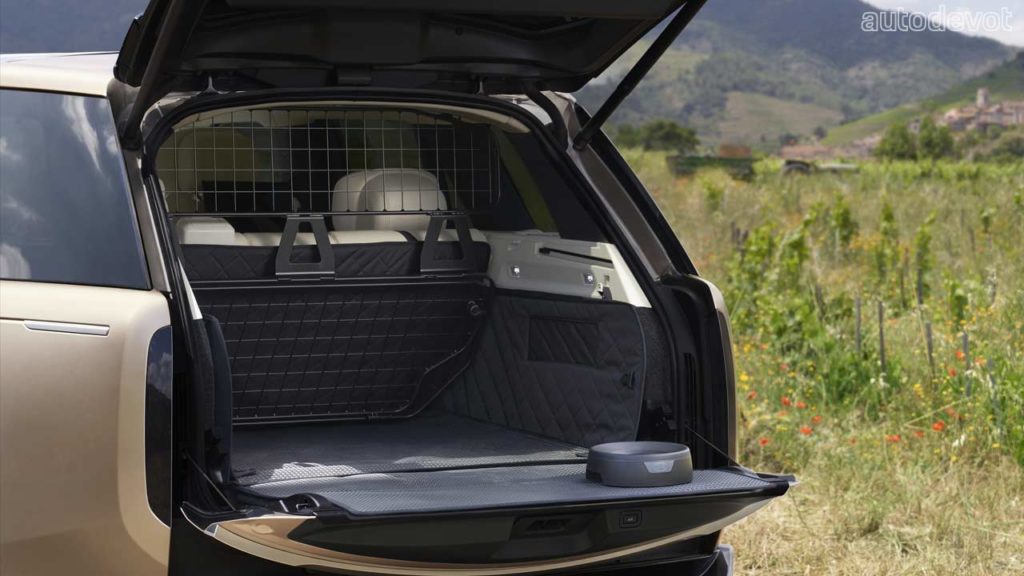 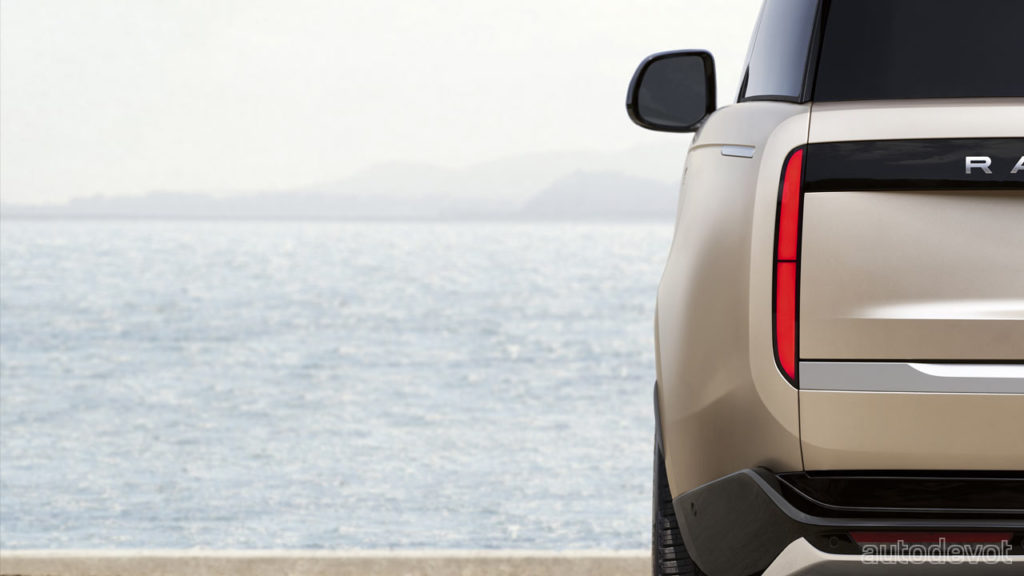 Other exterior features include Digital LED headlights with a throw of up to 500 metres, and Adaptive Front Lighting technology to ensure that the other road users are not dazzled. The two-piece split tailgate that has been a Range Rover hallmark since 1970 is also updated for 2021. All-wheel steering is standard across the lineup. The new Range Rover is also the first Land Rover to feature the optional Power Assisted Doors with integrated hazard detection and anti-pinch safety systems. The doors can also be controlled via the Pivi Pro screen—for what is claimed to be “elegant entry and exit” in any situation, including at angles of up to 10 degrees while off-roading. 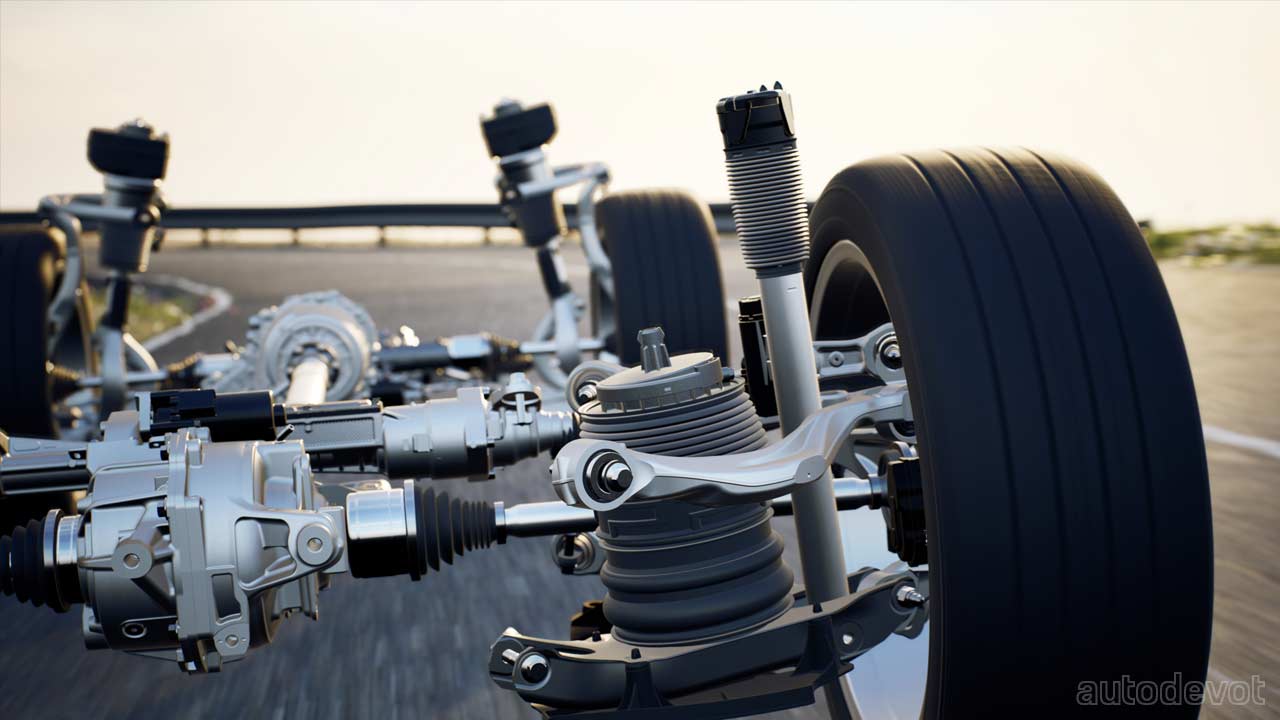 Air suspension comes standard, of course. There’ll also be the active 48-volt electronic roll control system that is claimed to be faster-acting and more efficient than a hydraulic set-up, with a torque capacity of up to 1,400 Nm (1,033 lb-ft) fed into the anti-roll bars to keep body movements under control. 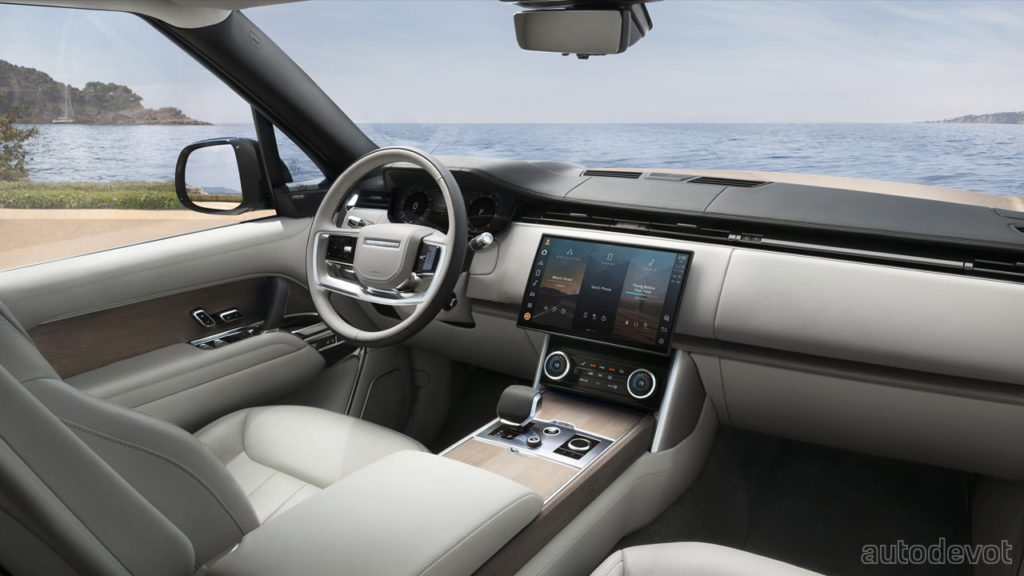 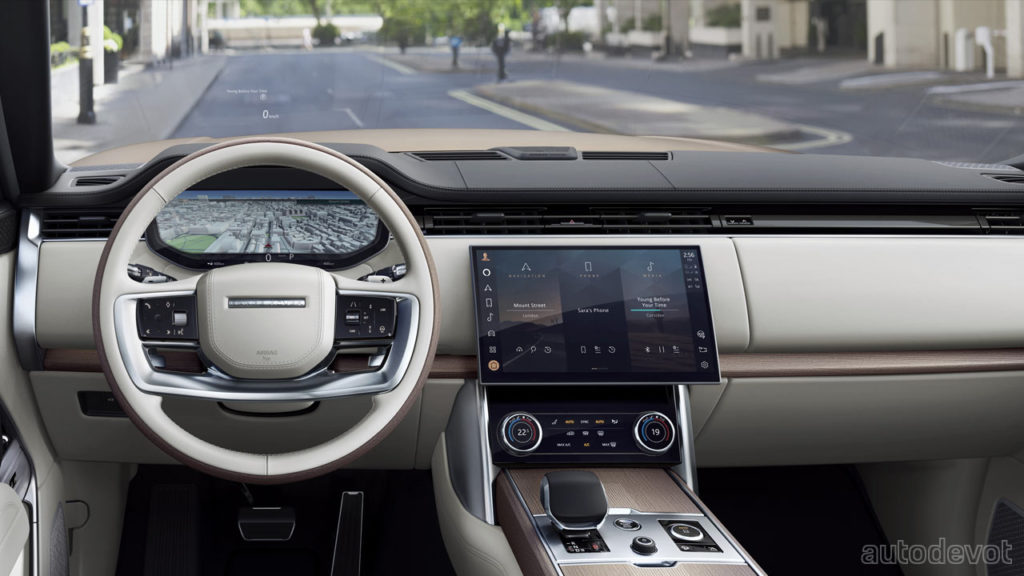 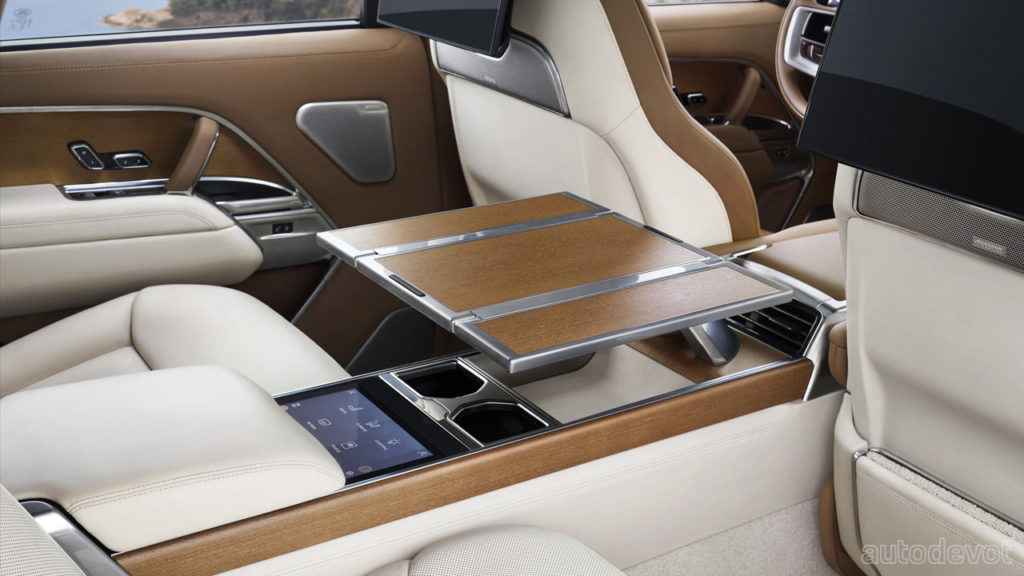 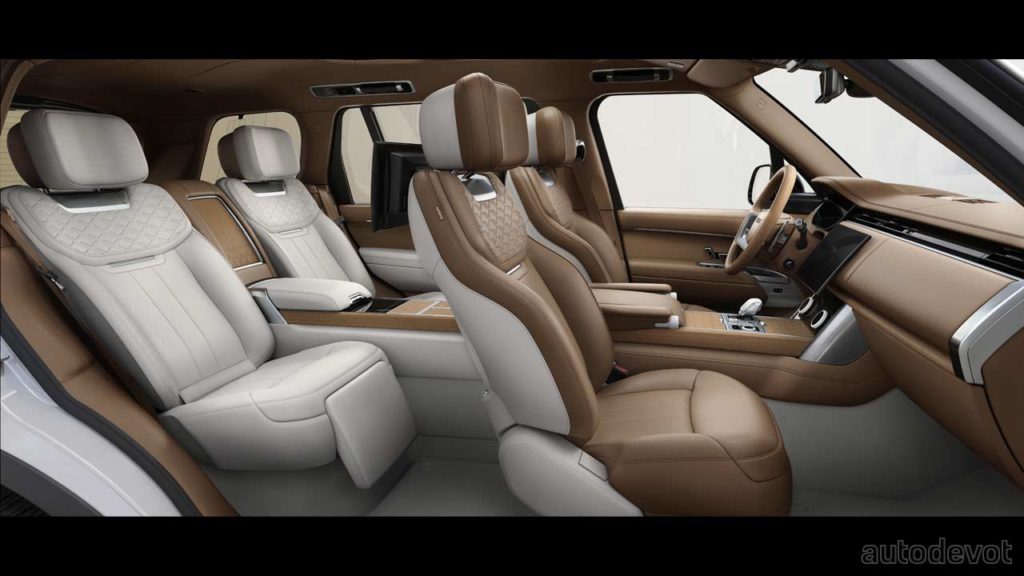 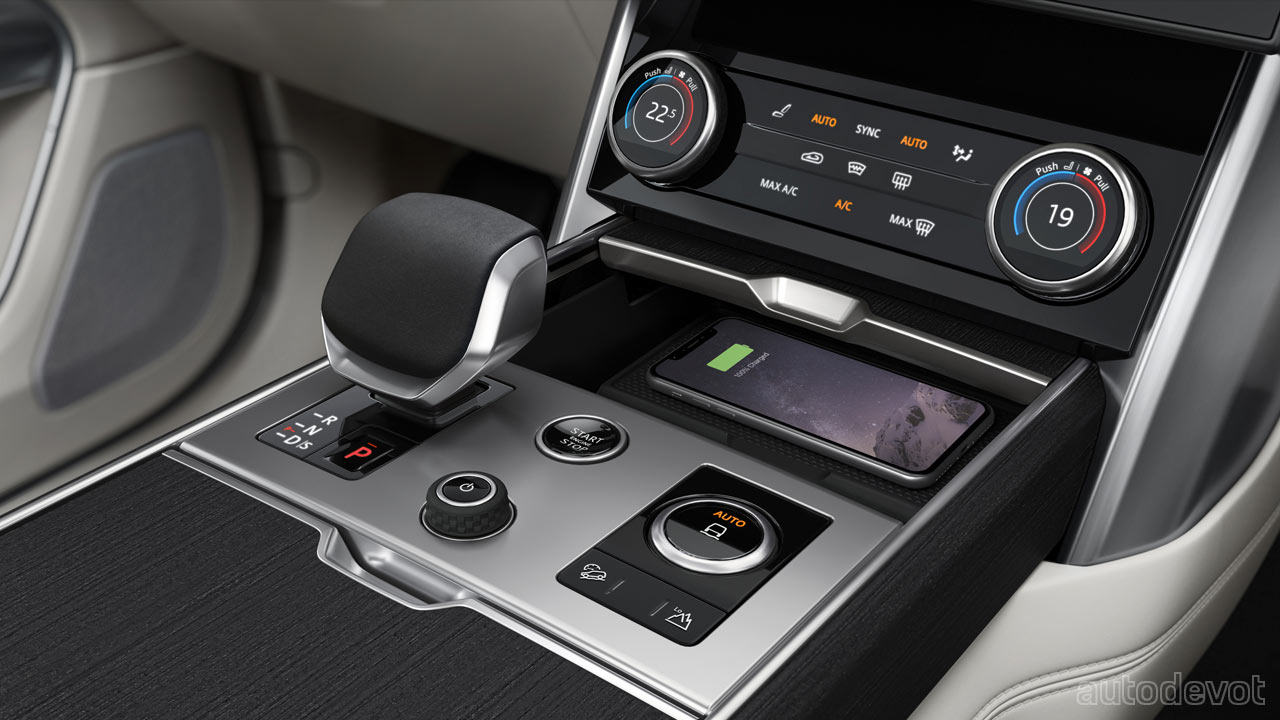 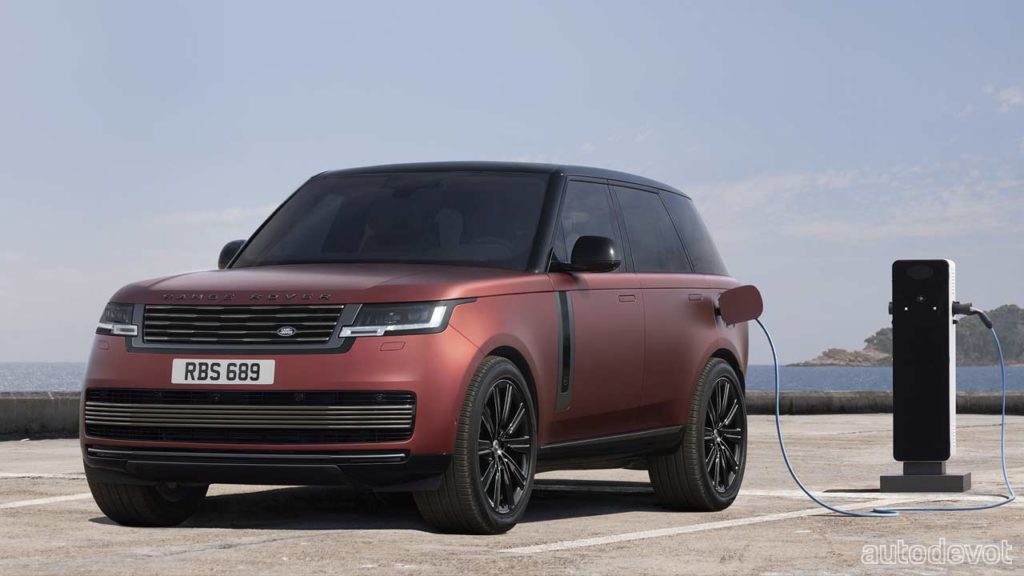 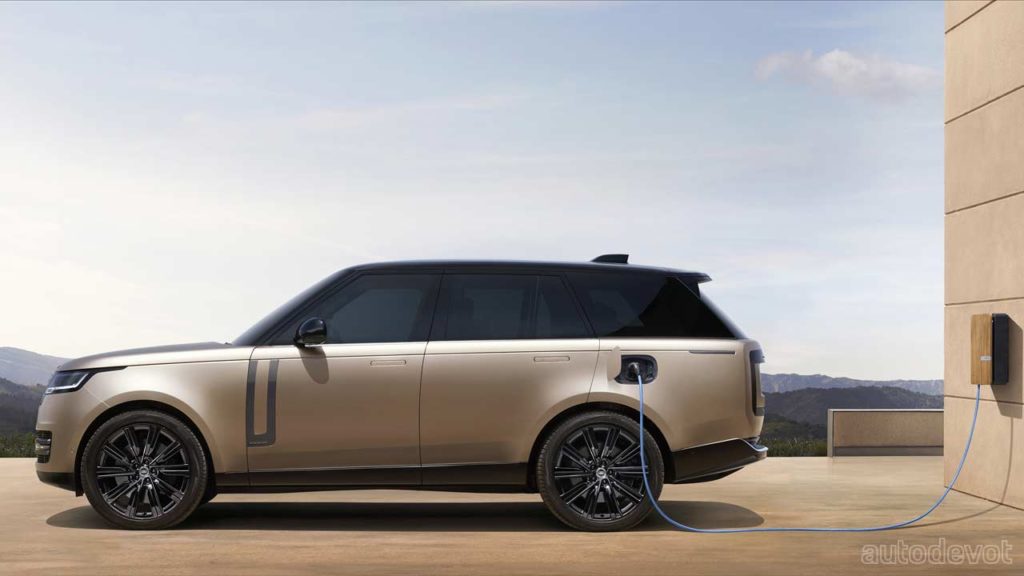