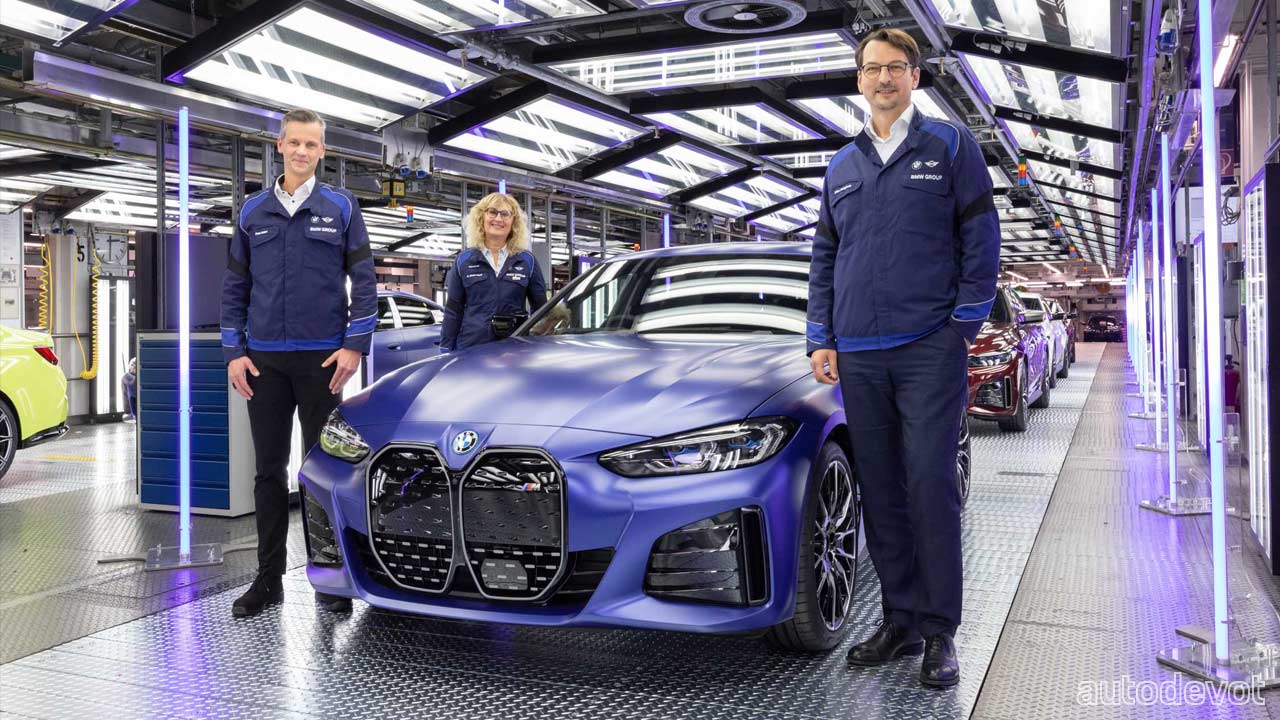 BMW has begun the production of its first all-electric sedan, the i4, at its plant in Munich. The first unit to roll off the production line was the i4 M50 finished in a Frozen Blue that makes the large Kidney grille look not-so-bad. The i4 M50 is the first-ever all-electric BMW to sport an M badge. 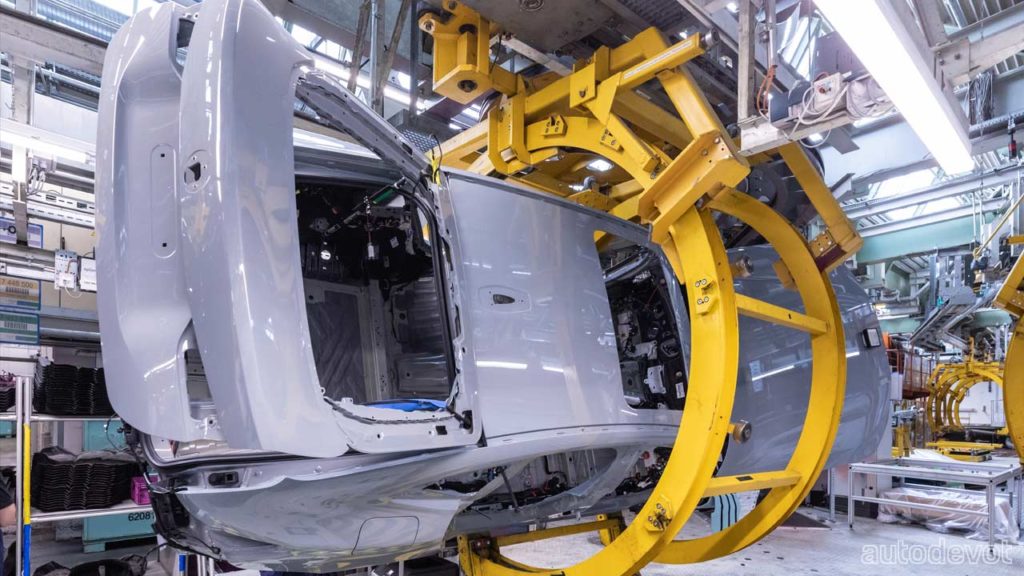 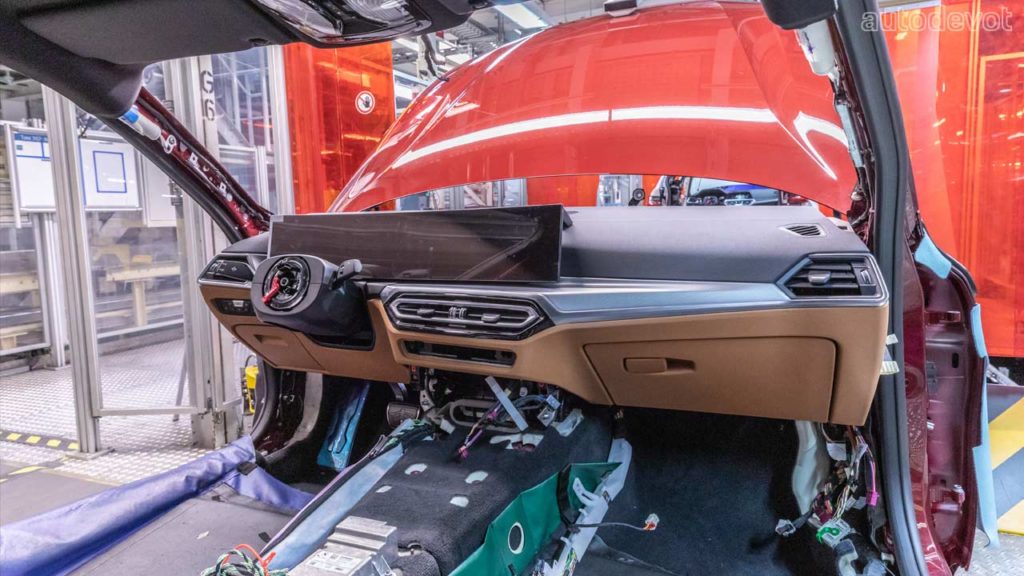 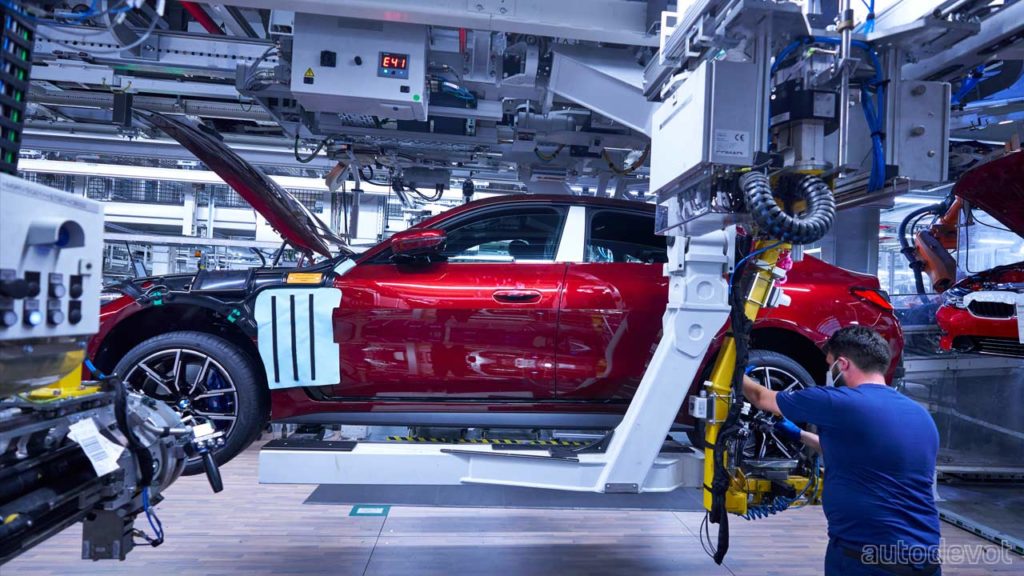 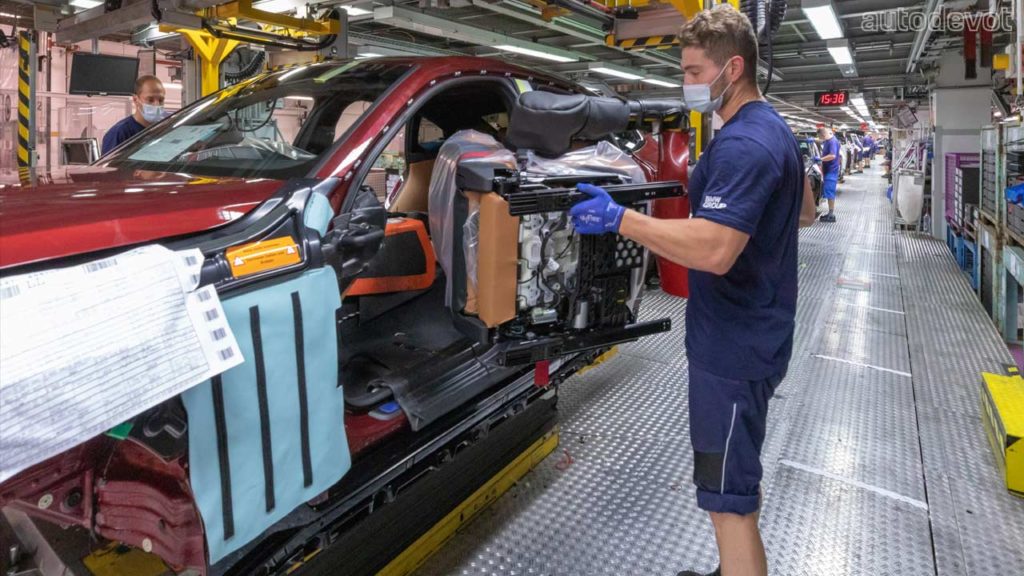 Although the plant is almost 100-years old, it has been updated to meet modern standards. In fact, it is currently undergoing digitalization. The entire Munich plant is being 3D-scanned to obtain a full set of digital data of both the building and its systems. The scans are then processed and saved on the cloud so that the data can be accessed from anywhere via a browser-based tool. And, RFID is being used to identify and assign parts contactlessly and automatically. As for sustainability, the plant uses reverse osmosis to cut down freshwater consumption.