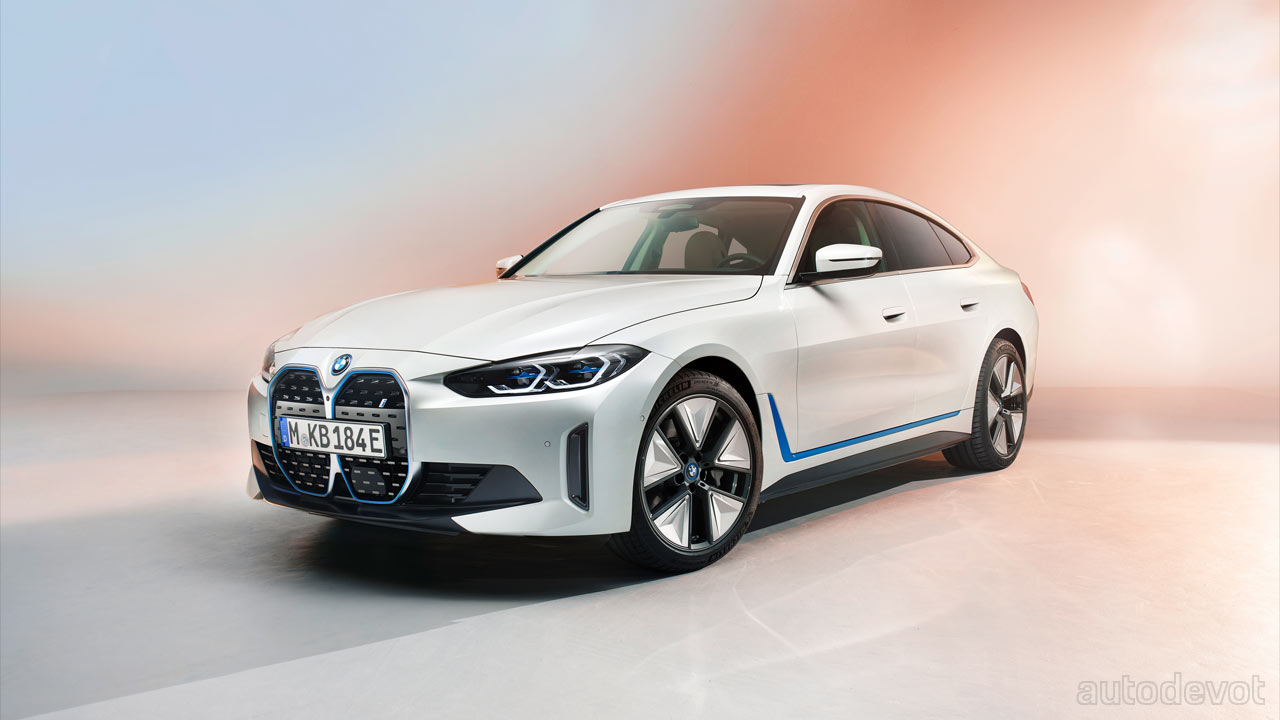 BMW has revealed the all-electric i4 4-door Gran Coupé, which is a near-production version of the Concept i4 we saw over a year ago. We currently have only the car’s exterior to take a look at. 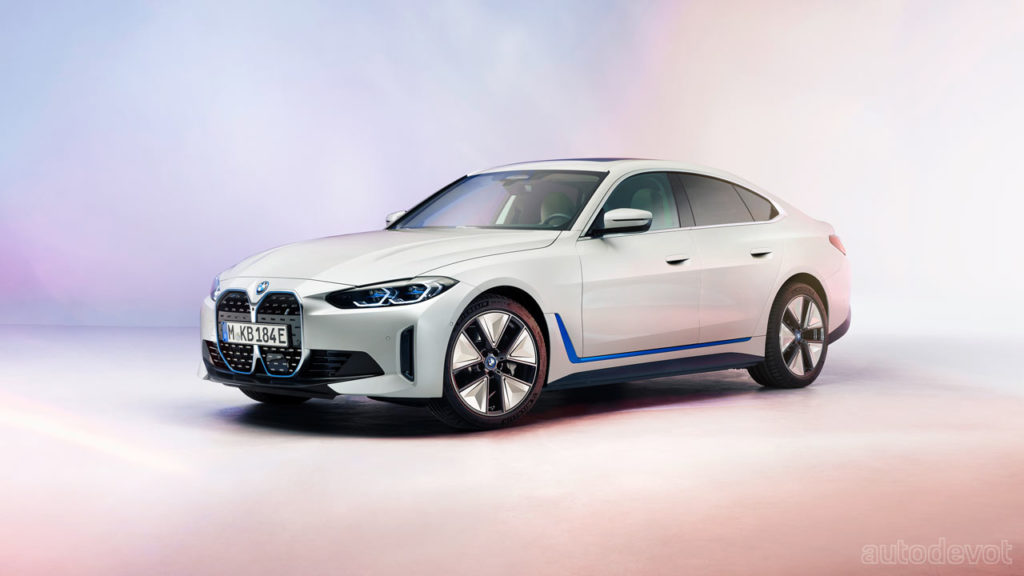 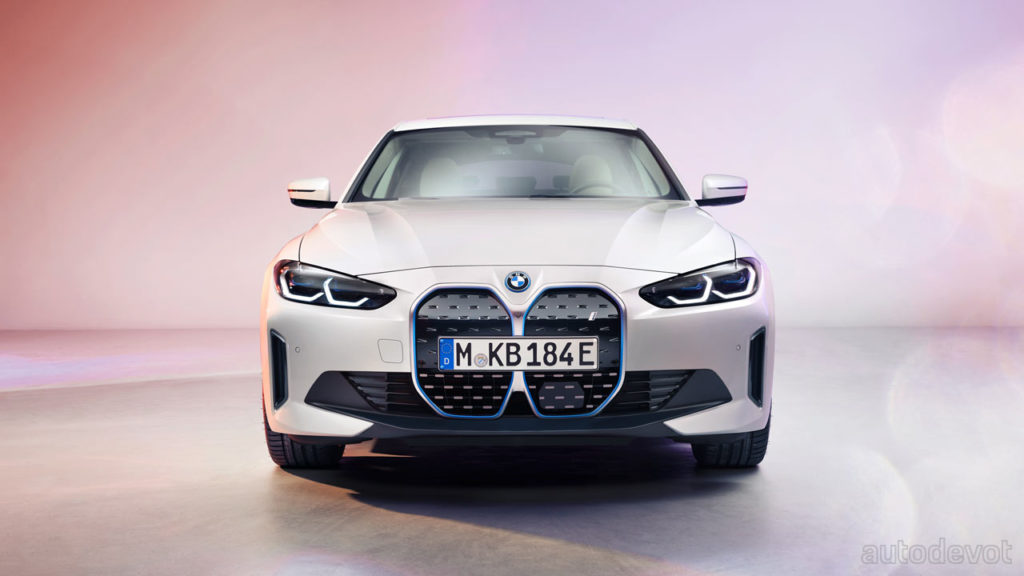 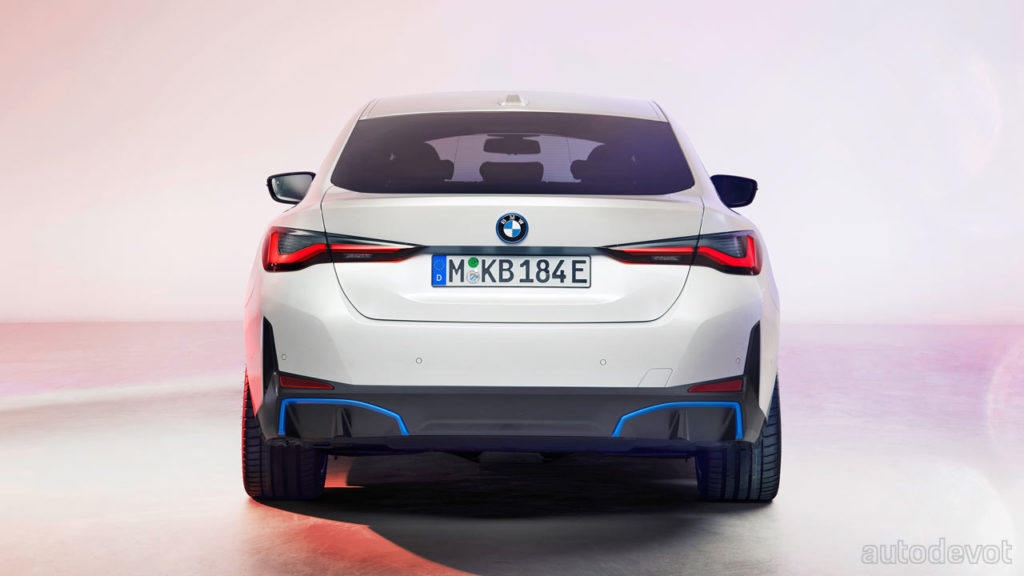 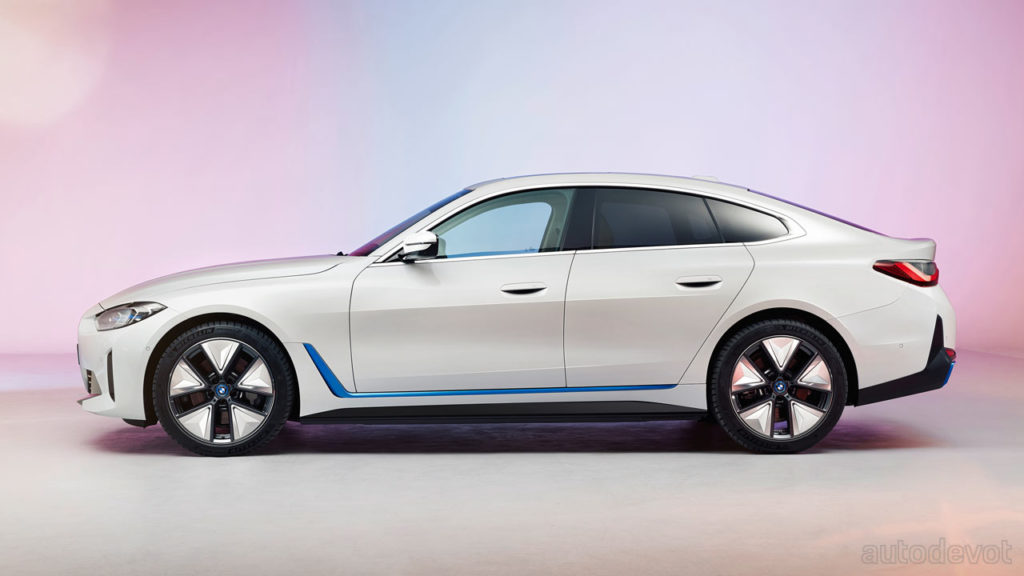 Speaking of which, the production i4 retains most of the styling elements from the concept, including the front bumper air curtains, side outlets, blue accents, and of course, the wheel design. Also, don’t miss the old-school flap-style door handles. The much-hated massive kidney grille looks significantly better here in the production version compared to that of the concept, thanks to the license plate in the middle which tries its best to undo the damage, and it actually seems to work. 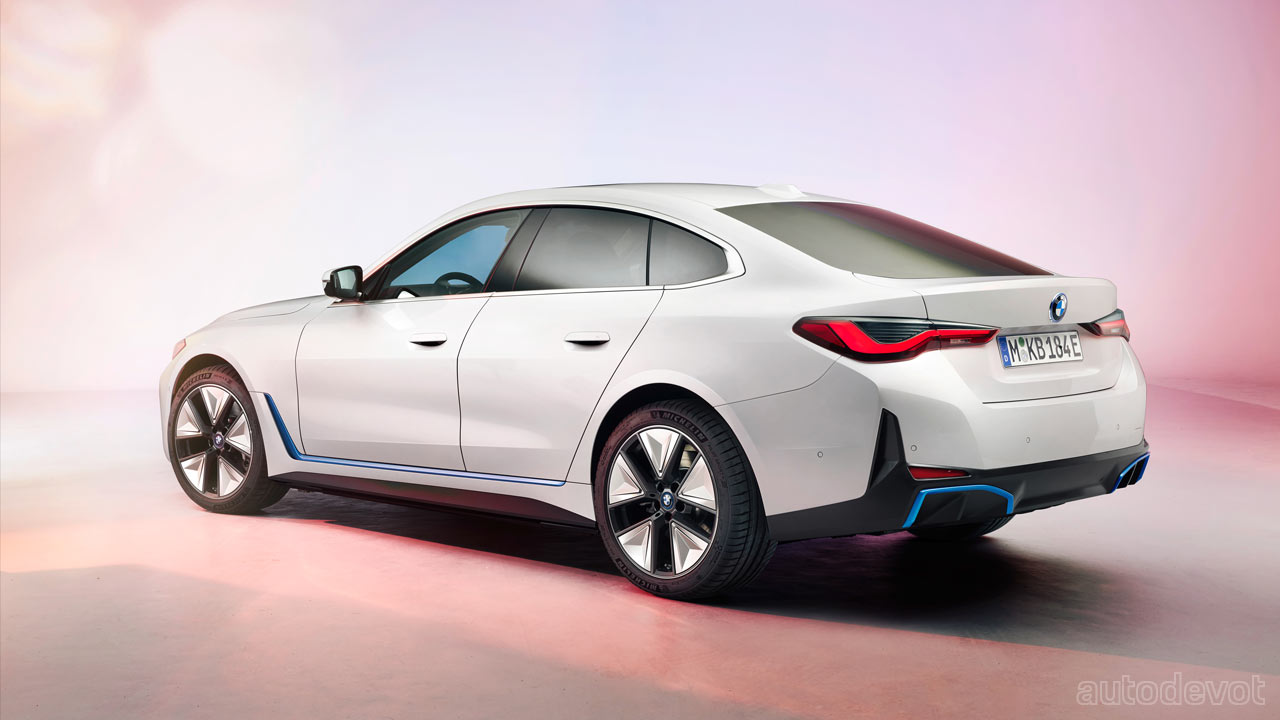 BMW has kept more details for another day, but what we do know is that the i4 will offer an output of up to 390 kW (530 metric hp) and is claimed to accelerate from 0-100 km/h (62 mph) in around 4 seconds. The Gran Coupé will be available in different versions with claimed WLTP range of up to 590 km (367 mi).