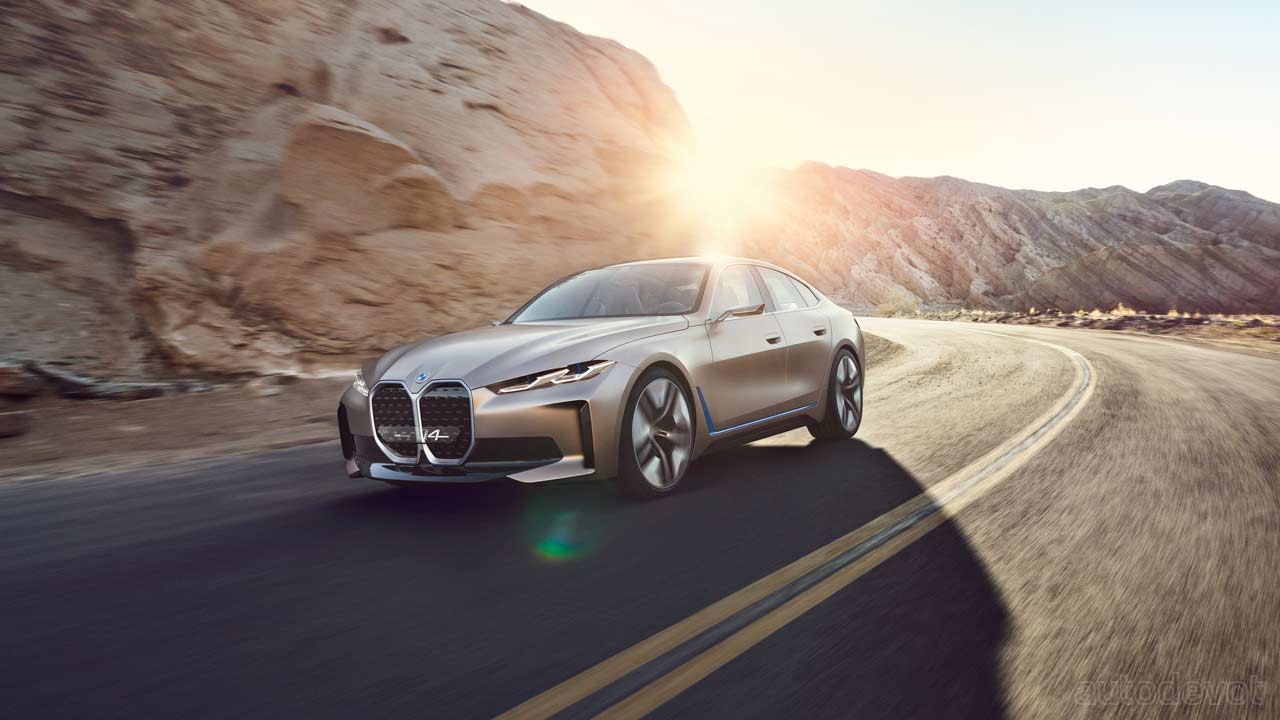 The BMW Concept i4 is an evolved version of the i Vision Dynamics 4-door Gran Coupe that was showcased at the 2017 Frankfurt Motor Show. It’ll further evolve into a production model in 2021.

The exterior of the Concept i4 is dominated by BMW’s controversial new grille and the “love it or hate it” philosophy continues here too. The concept is painted in Frozen Light Copper with a subtle application of Blue elements in the front, flanks and the rear-end, suggesting the obvious. 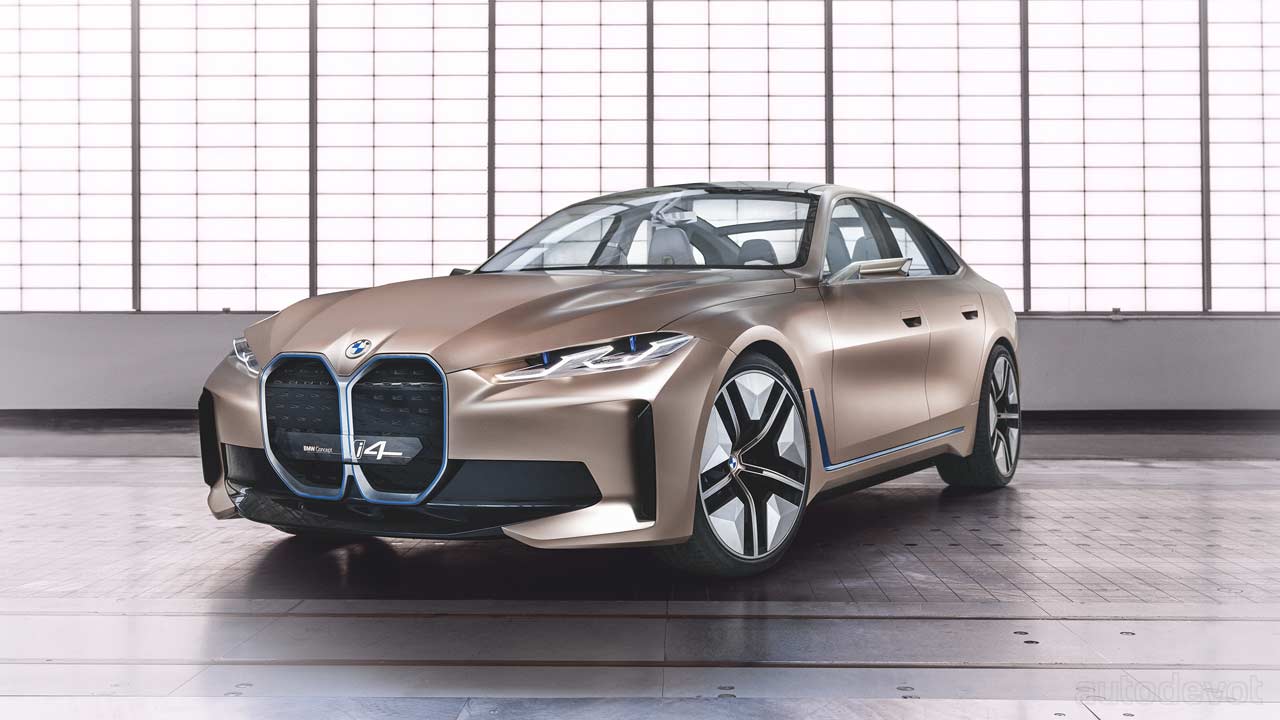 The car features functional aerodynamics such as the blanked off kidney grille, bumper intakes that cool the brakes and redirect the air towards the sides of the car, and also the rear exits on the bumper as well. The grille now serves primarily as an “intelligence panel” housing various sensors.

The wheels are aerodynamically optimized and are lightweight. The rims extend the car’s palette of colors and materials. 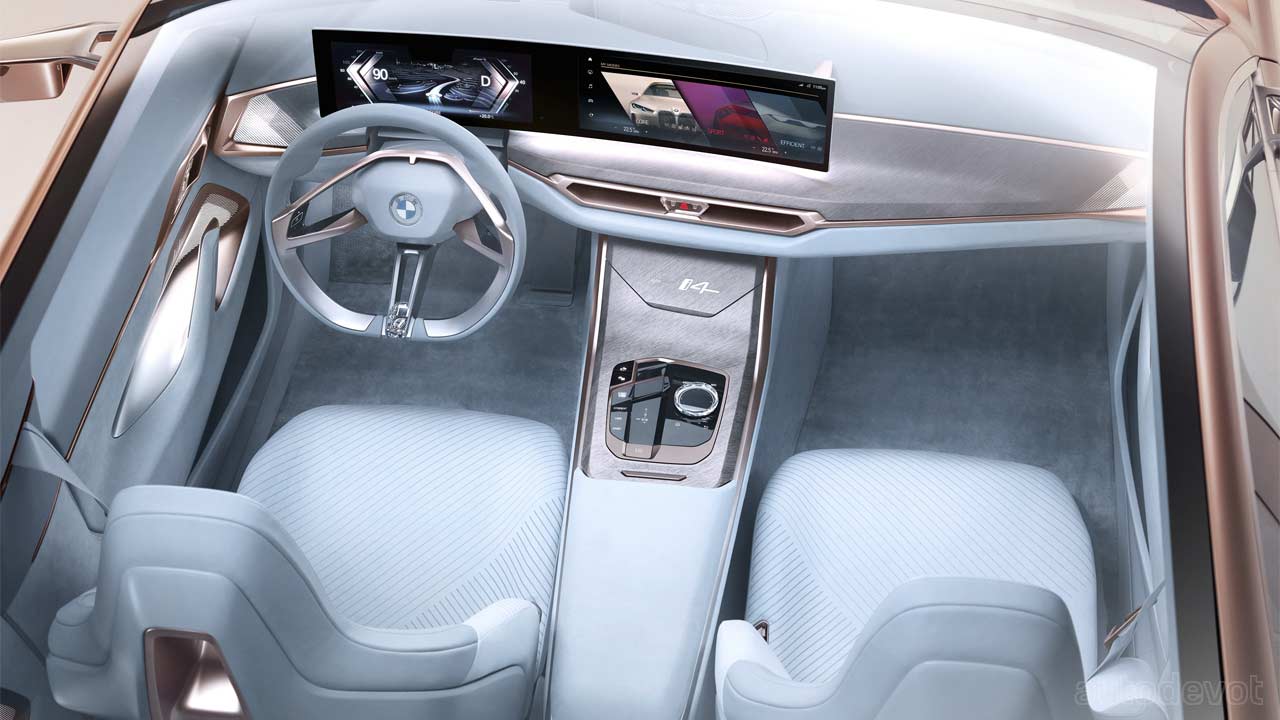 The warm Gold Bronze accents dominate the minimalistic interiors in addition to the cloth/leather combo seats. The traditional shifter is replaced with a control panel, and elements such as the iDrive Controller and seat memory buttons on the doors are finished in a crystal glass.

The aforementioned cloth/leather combination for the seats is composed of microfibre with line graphics and natural leather tanned using olive leaf, BMW said. 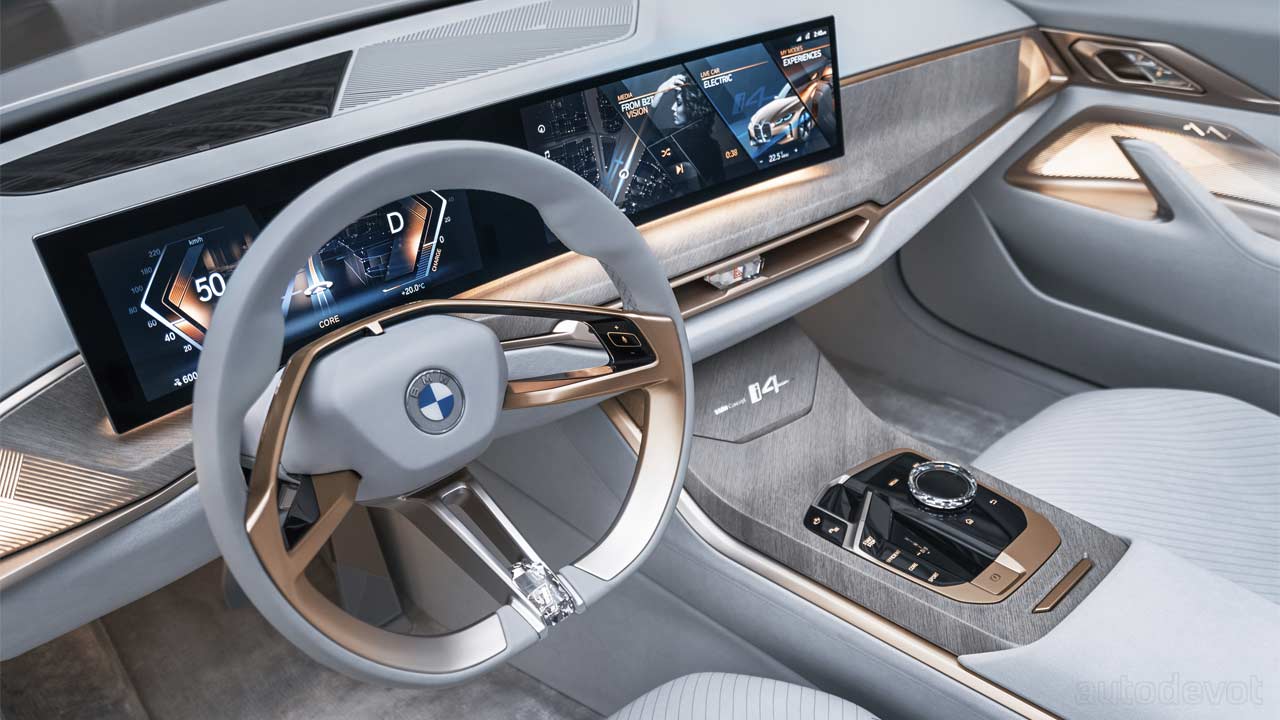 The curved display on the dashboard offers 3 different Experience Modes: Core, Sport and Efficient. The ‘Core’ mode displays an updated interpretation of the four widgets from the existing models, allowing the user to customize by drag-and-drop. In ‘Sport’ mode, the widgets come closer together and create a focussed view, while the ‘Efficient’ mode shows the driver what the car’s sensors are detecting.

BMW has worked with the renowned composer Hans Zimmer to create unique sounds for the Concept i4. The sound effects range from the driving sounds in ‘Core’ mode to the more intense and pronounced sounds of ‘Sport’ mode. Also included are the sounds of the door opening and the starting scenario. 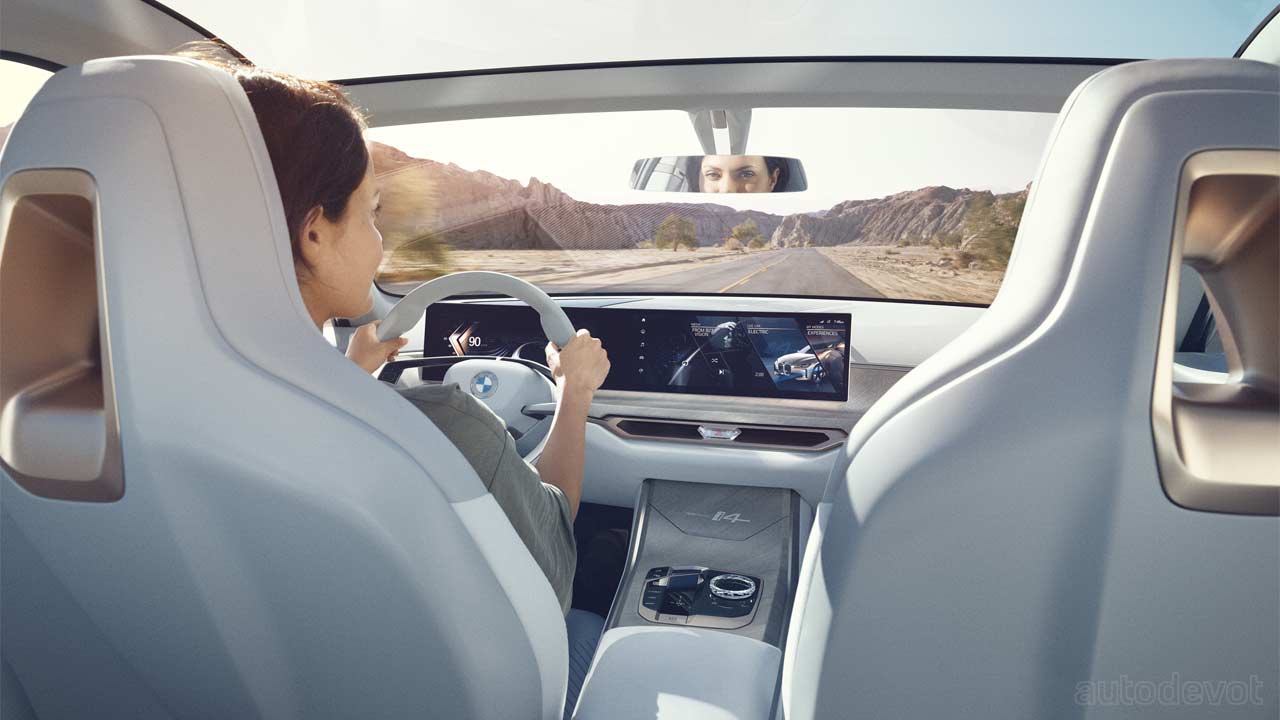 The Concept i4 is powered by BMW’s 5th generation eDrive technology. The electric motor is claimed to produce a maximum output of up to 390 kW (530 hp), drawing juice from an 80 kWh battery pack that weighs 550 kg.

The battery pack is claimed to deliver an operating range of up to 600 km (373 mi) in the WLTP cycle.

Series production of the new i4 will begin in 2021 at the BMW Group’s main plant in Munich, the company said. 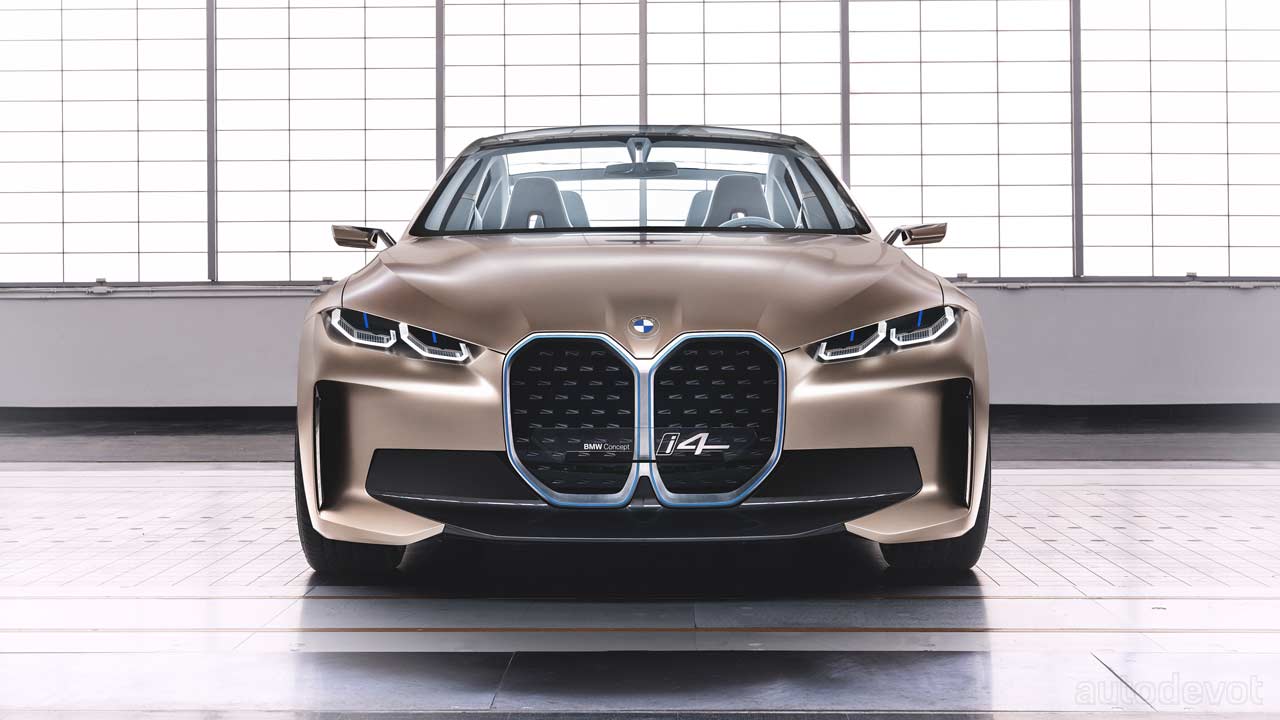 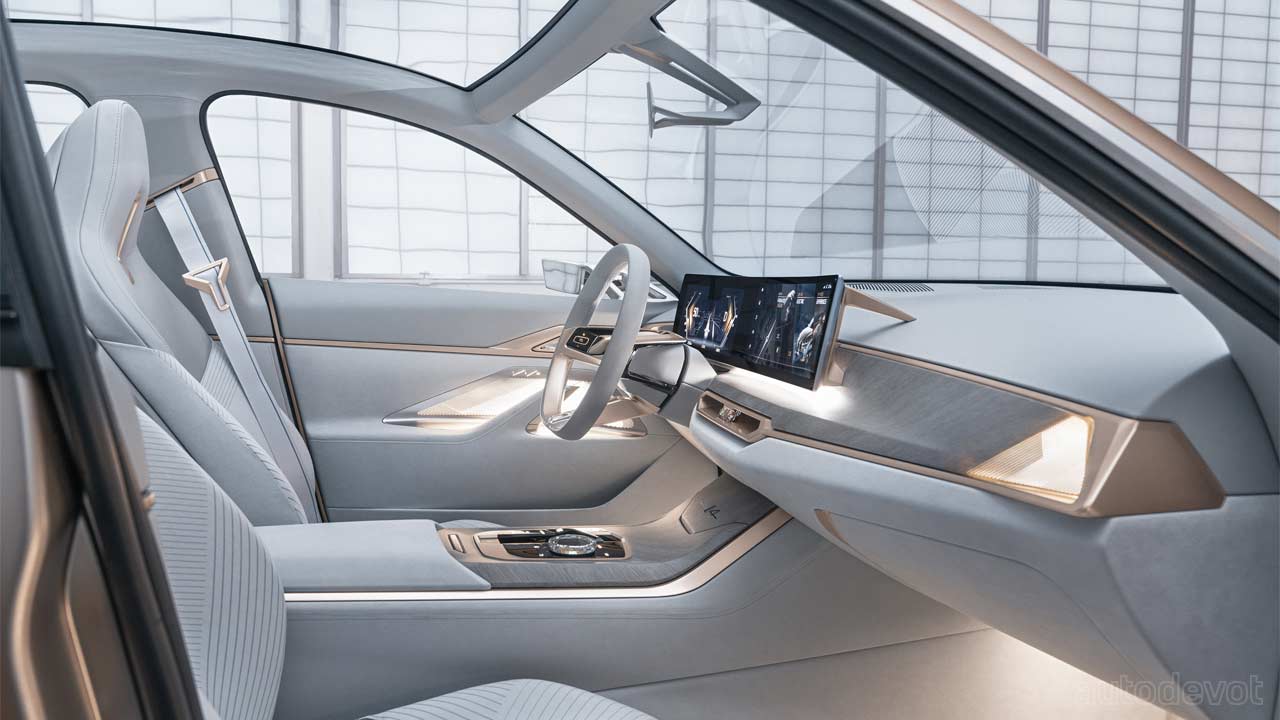 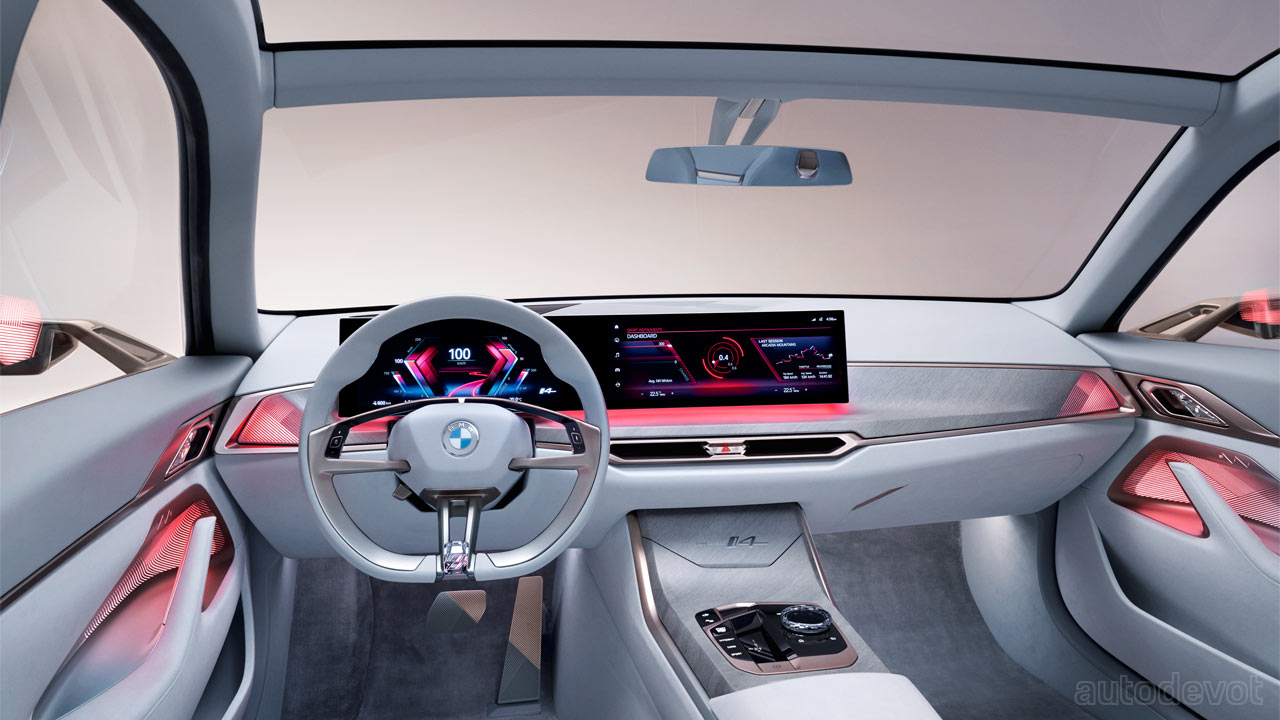 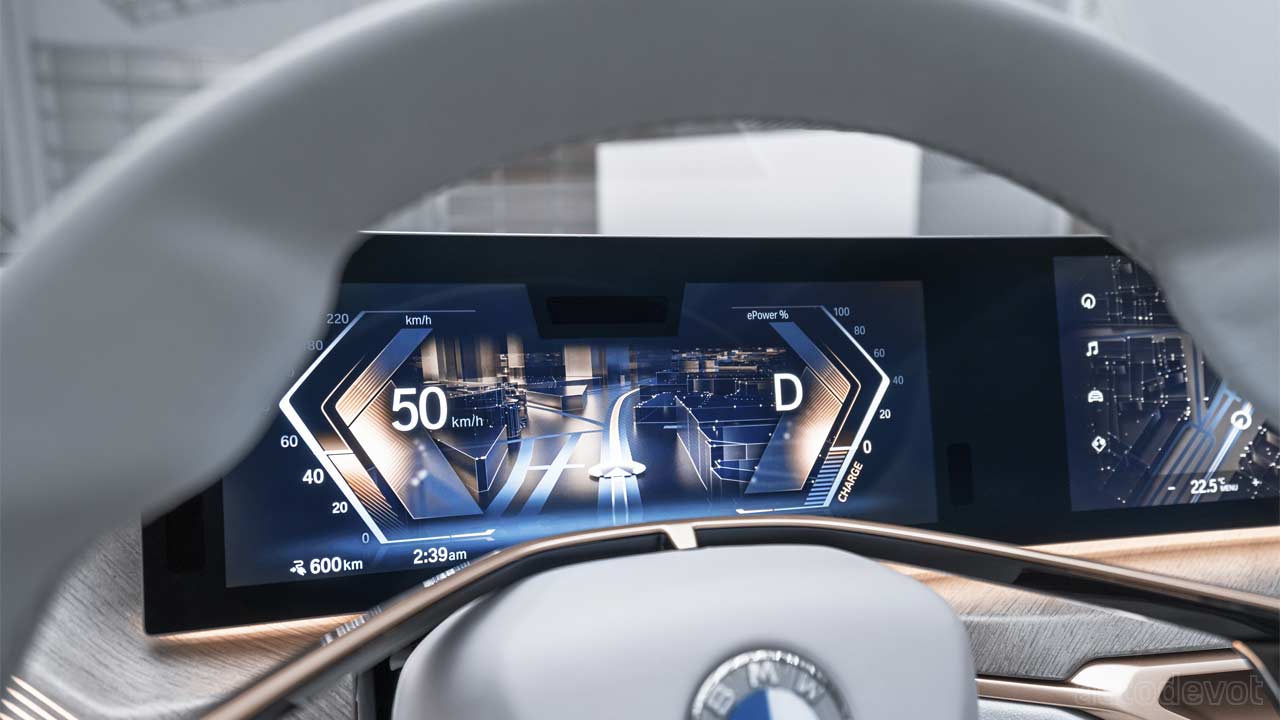 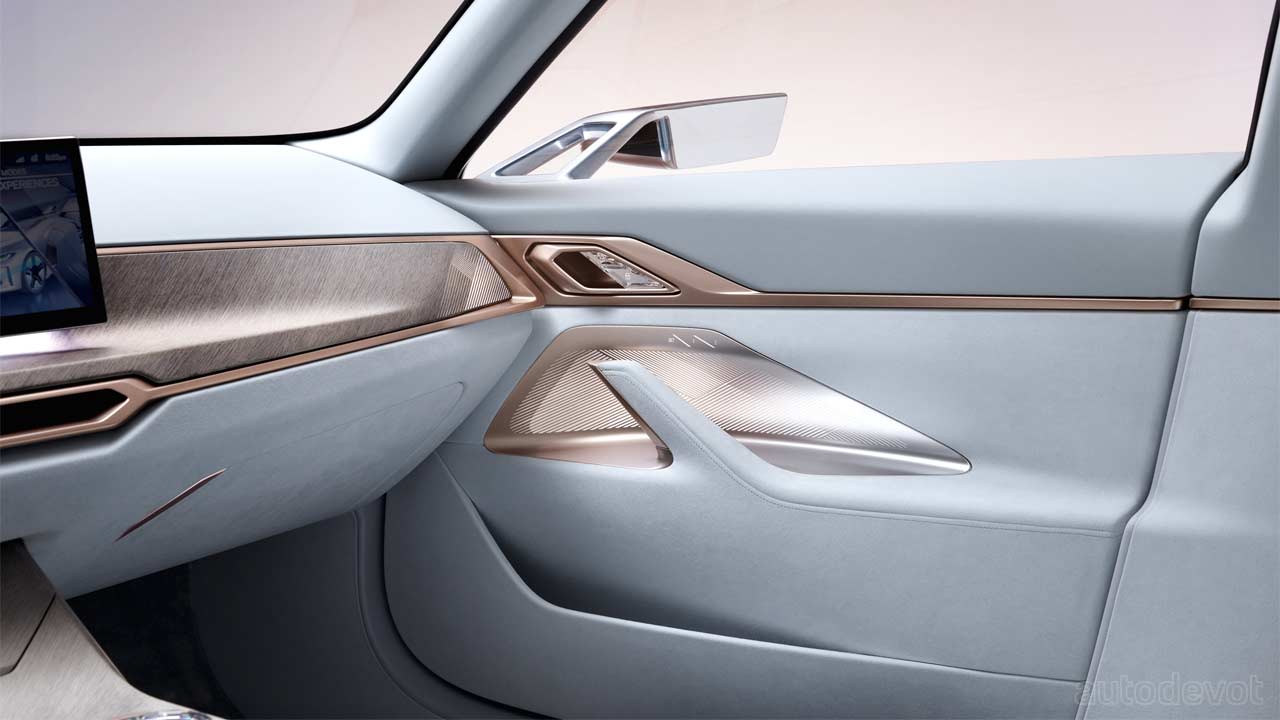 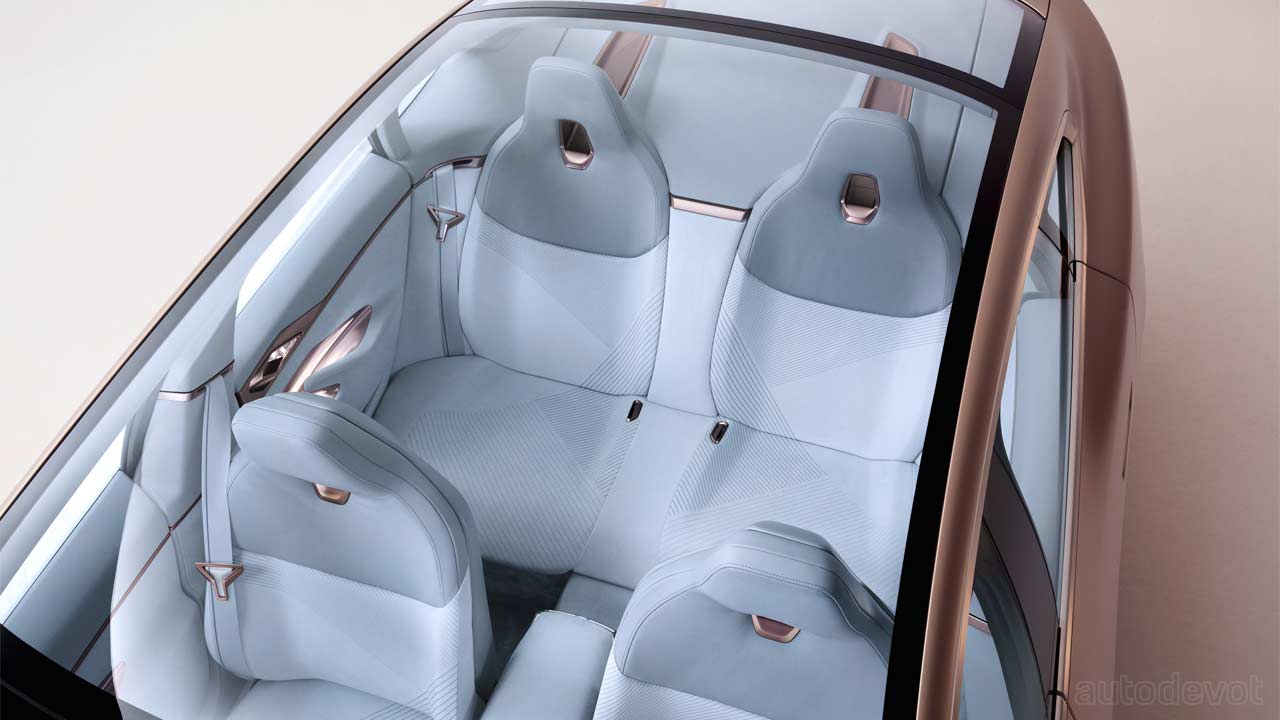 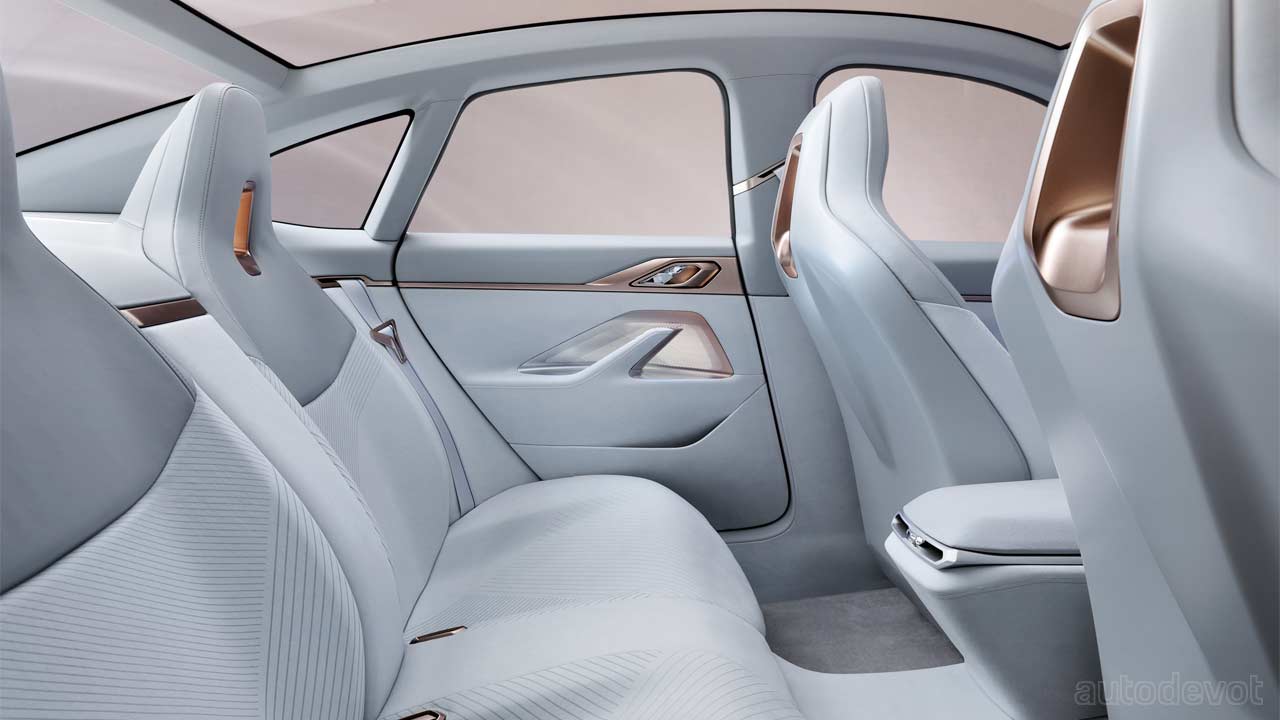 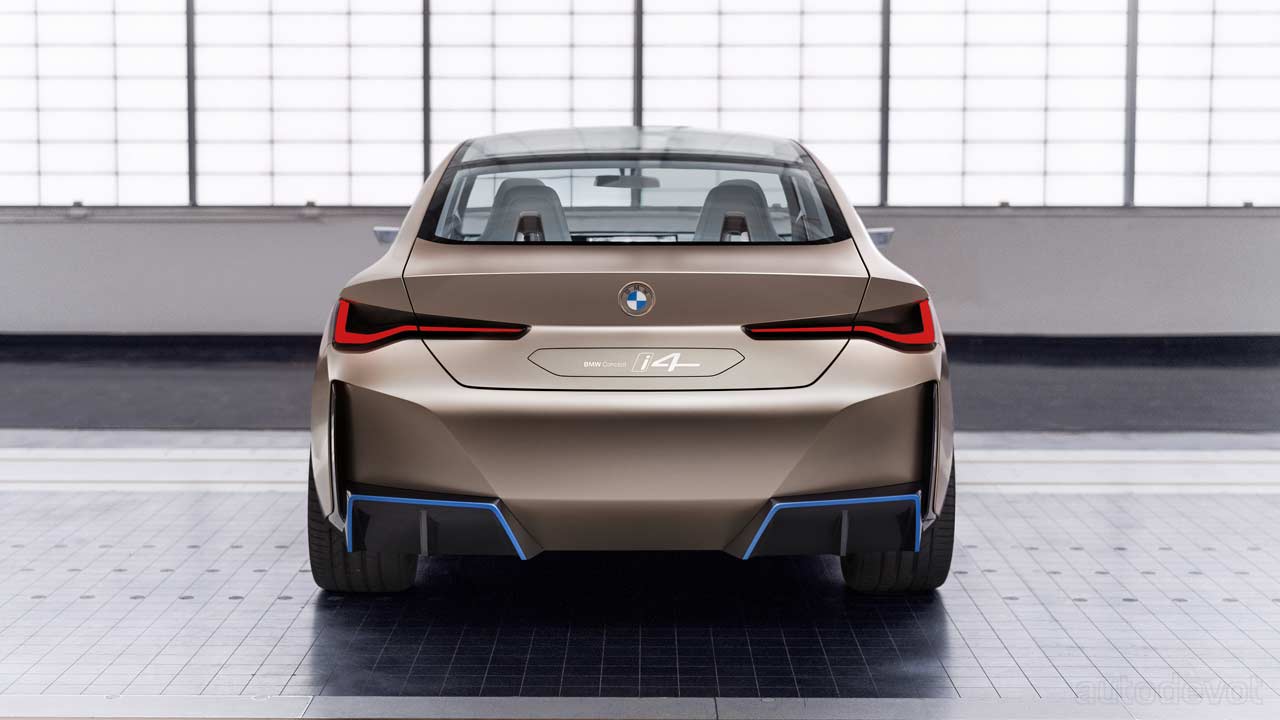 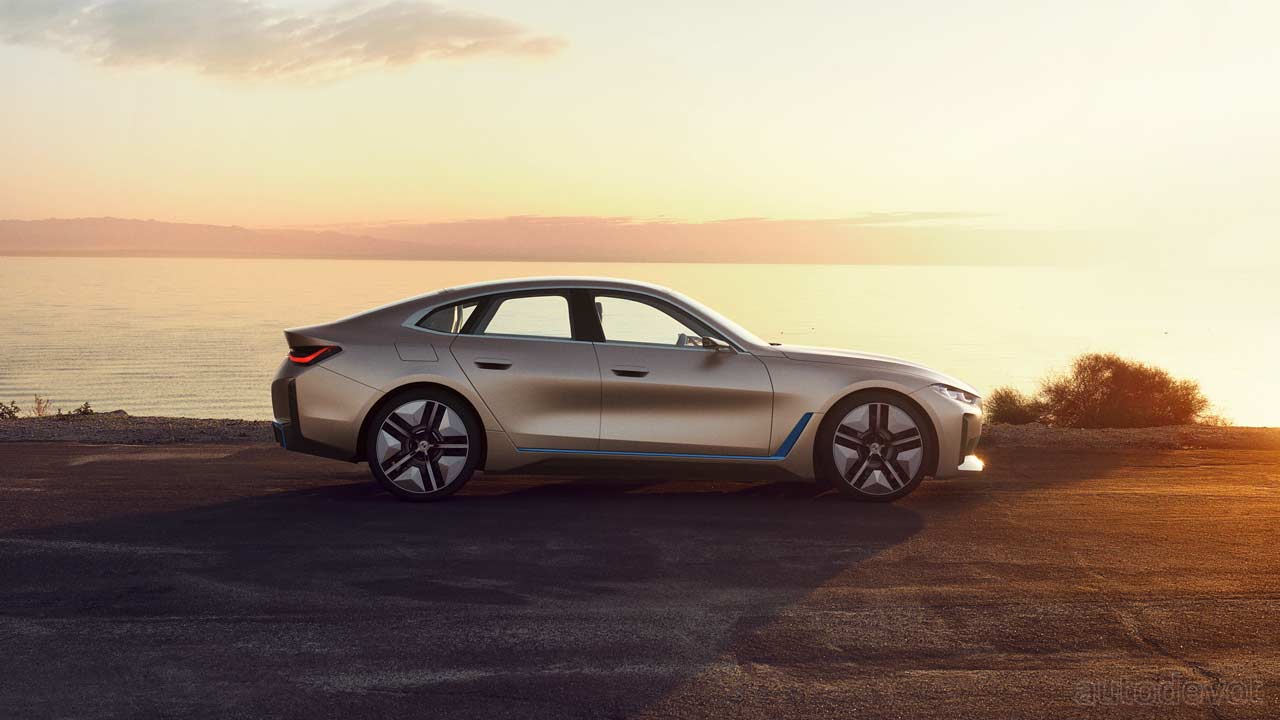 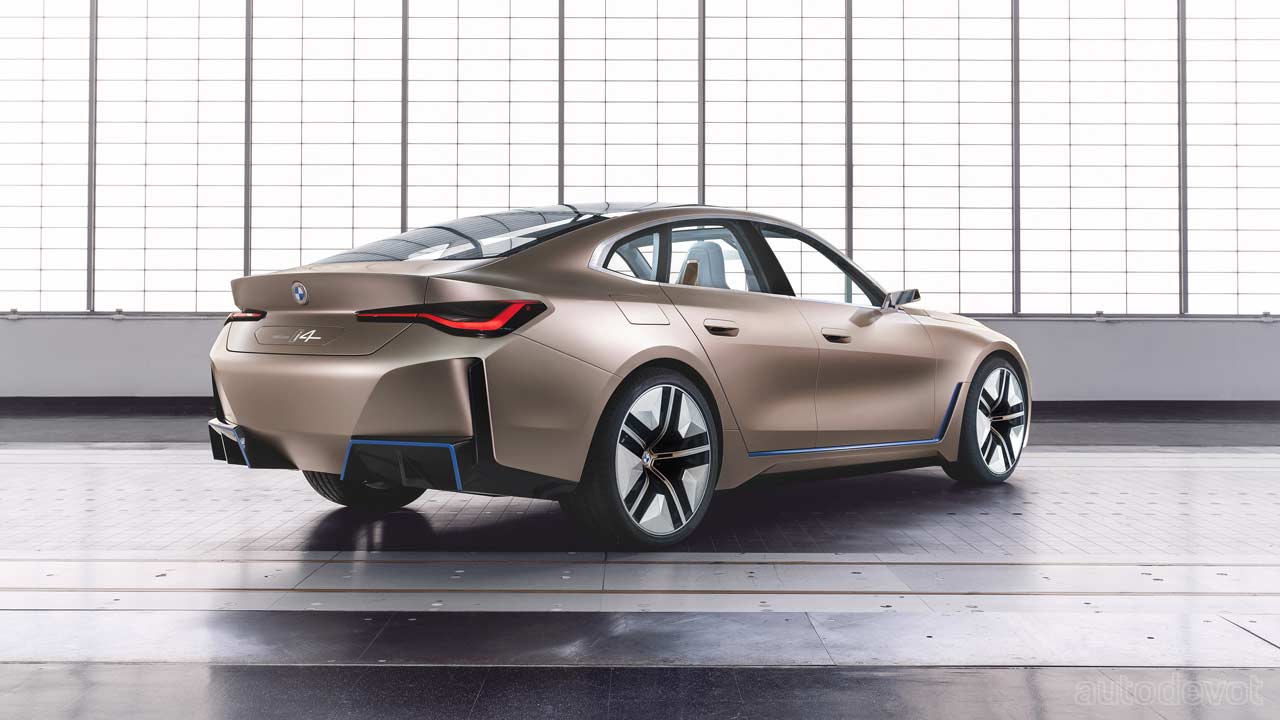