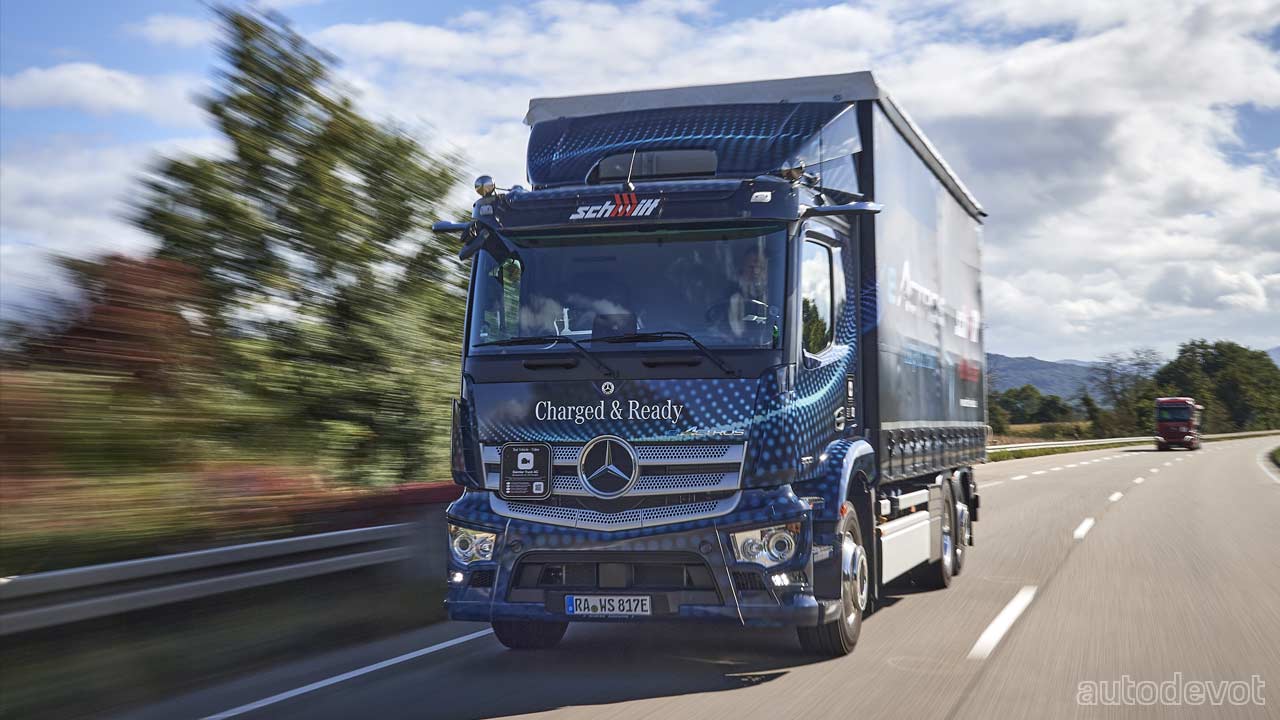 Mercedes-Benz is all set to commence series production of the eActros on October 7, 2021, but just before that, four units have started practical operations with customers in Germany and Netherlands. These first customers include Logistik Schmitt in the northern Black Forest, food logistics service provider Simon Loos in the Netherlands, Tevex Logistics in North Rhine-Westphalia, and another one as a waste collection vehicle for Remondis. 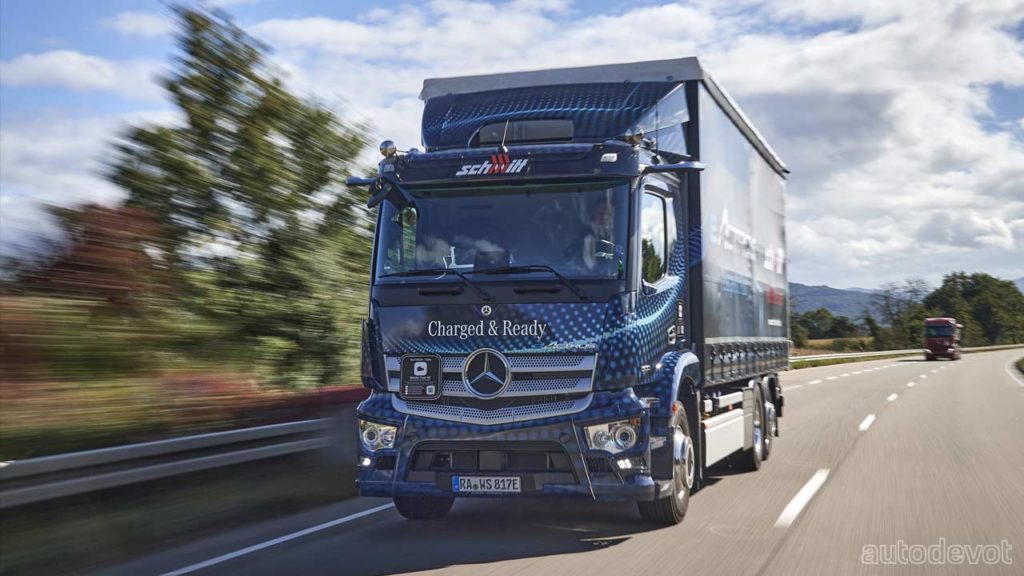 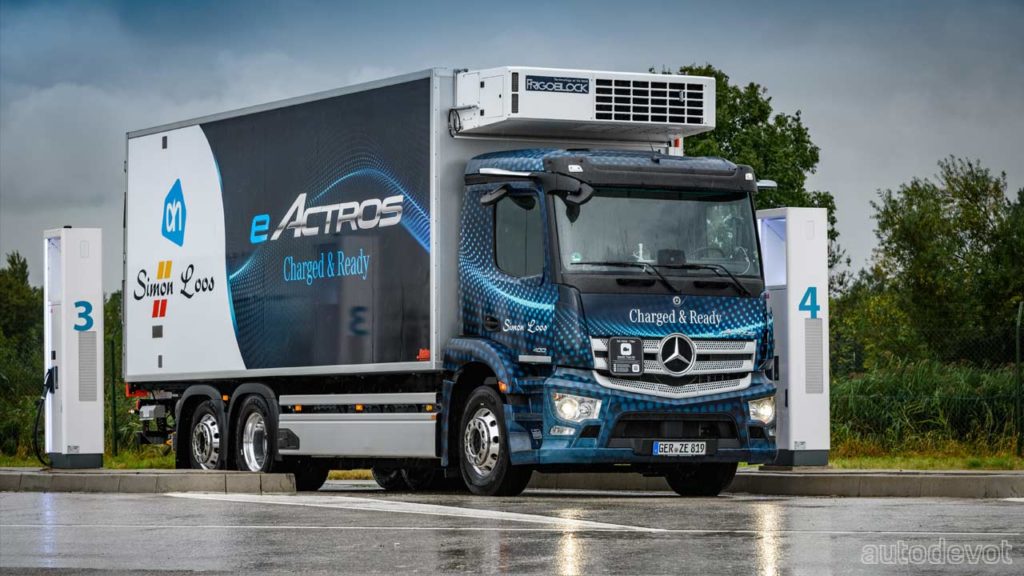 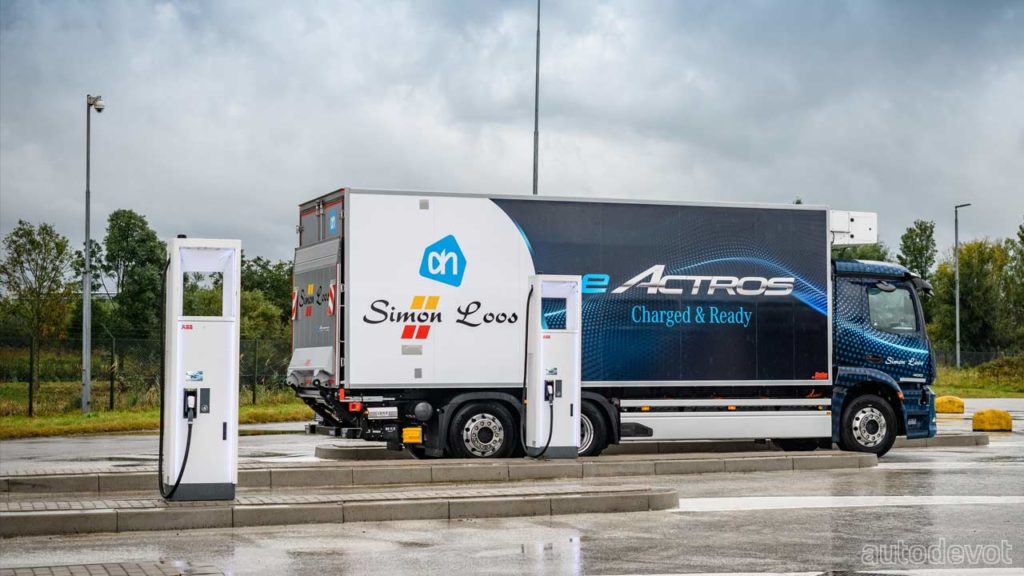 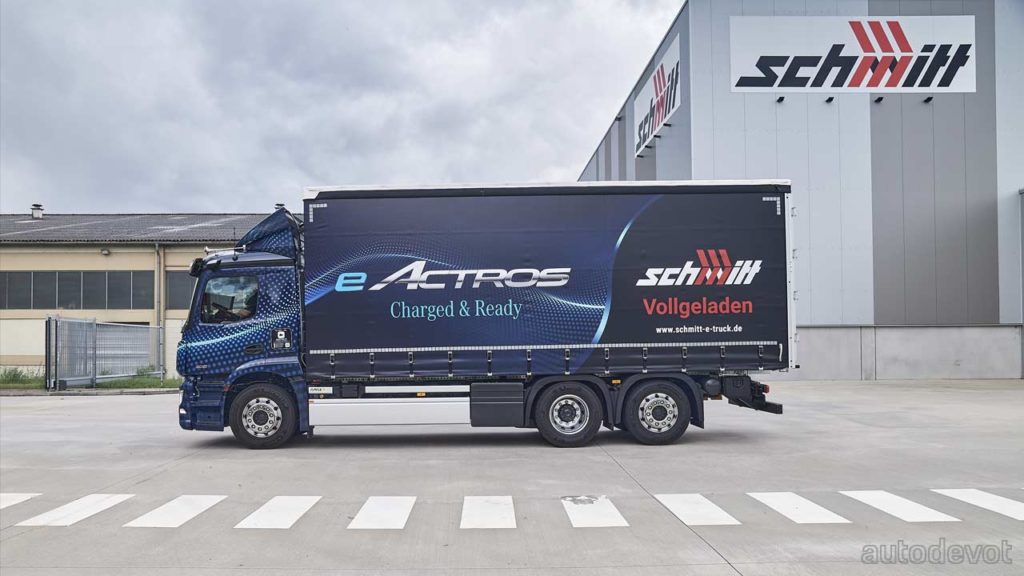 Logistik Schmitt has been testing an early prototype of the eActros since July 2019. According to Rainer Schmitt, the company’s Managing Partner, the eActros has reliably travelled around 70,000 km (43,496 mi) to date in all types of weather, and has apparently transported more than 40,000 tonnes of freight so far. The new vehicle is also operating between Rastatt and Gaggenau in a three-shift operation, covering a cumulative 300 km (186 mi) per day. The eActros transports gear housings on its trips to Rastatt, while it carries axle components to Gaggenau.

Simon Loos, a leading logistics company based in the Netherlands will use an eActros equipped with a refrigerated box for the Albert Heijn supermarket chain. The daily tour of the eActros starts at Albert Heijn’s regional distribution centre in Delfgauw, in the province of South Holland. From there, the e-truck supplies supermarket stores in various cities in the region, including Rotterdam. The eActros will run seven days a week, covering up to 300 km per day.

Tevex Logistics in Rheda-Wiedenbrück plans to use the new eActros in a multi-shift operation. The logistics subsidiary of the Tönnies Group will transport its own food products to various customers in the greater local area each day. The company expects the truck to travel up to 600 km (373 mi) per day.

Another eActros has been commissioned for Remondis as a waste collection vehicle. The waste disposal company plans to use the eActros in the inner city area of Cologne serving commercial customers. In addition, a test run in the municipal house-to-house collection is planned.