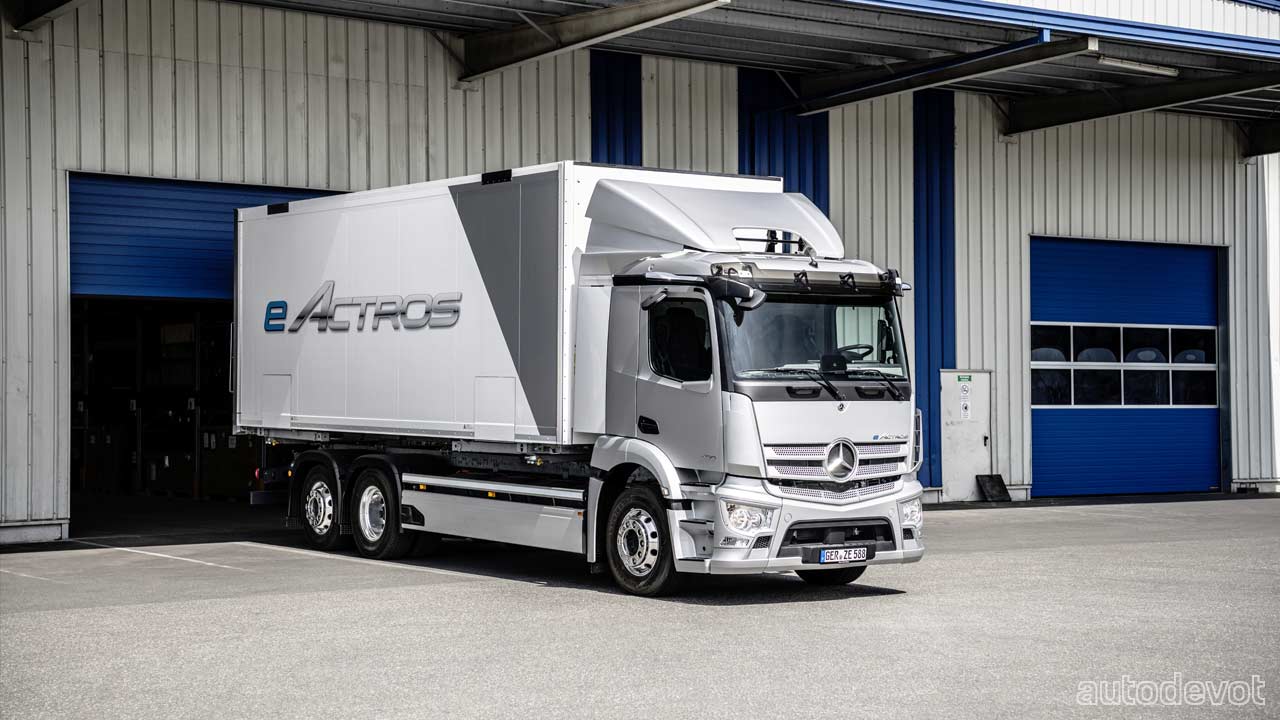 After field-testing with 20 customers for 2 years, the all-electric Mercedes-Benz eActros truck is now ready for series-production at the company’s largest truck assembly plant in Wörth am Rhein, Germany. Mercedes-Benz Trucks had presented a concept at the IAA 2016, and testing began in 2018 with ten eActros prototypes dubbed as “eActros Innovation Fleet”, with customers in Germany and other European countries. 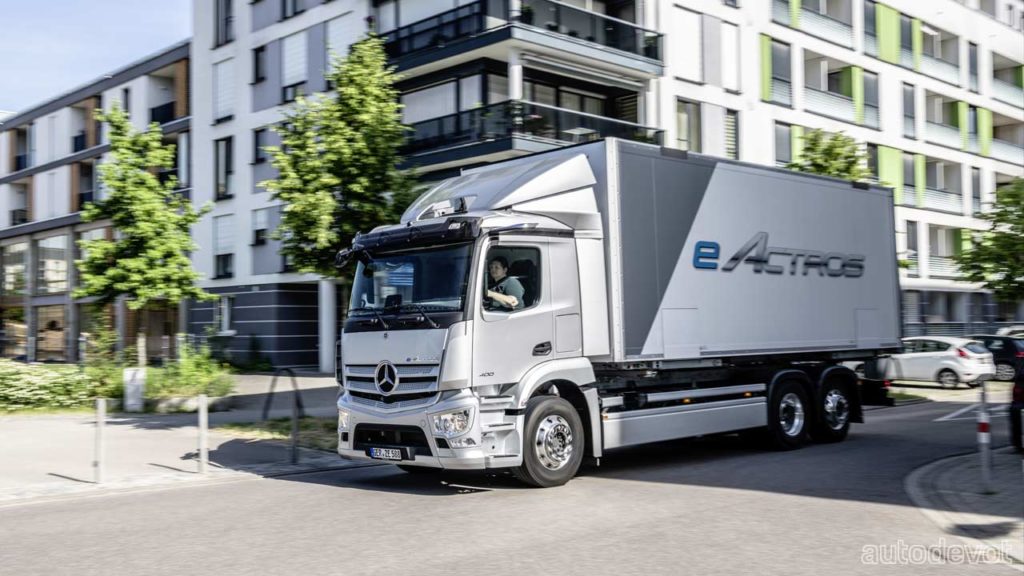 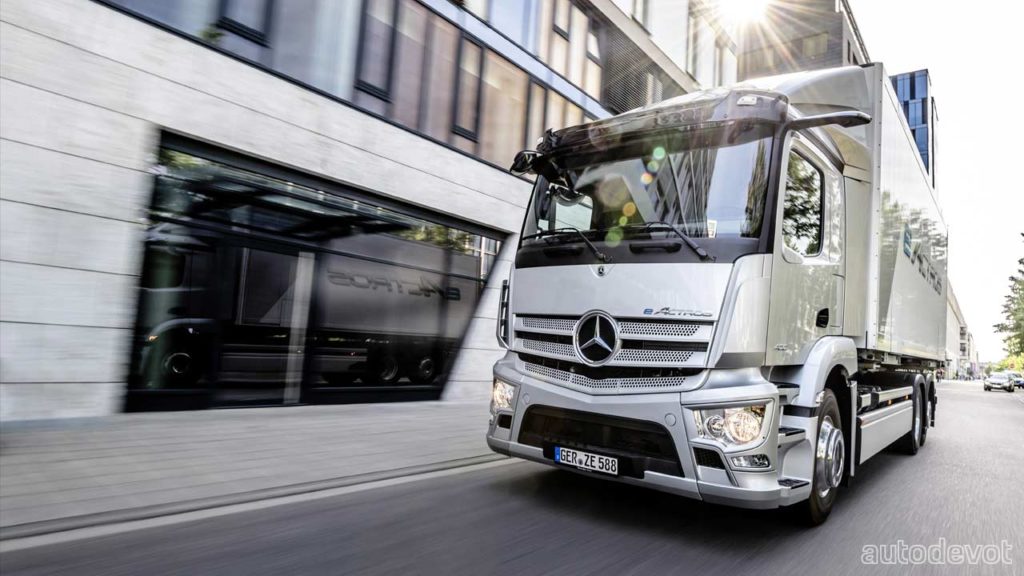 Development of the eActros focussed on the partnership with our customers. Everything that we learned from the Innovation Fleet is now being incorporated in series production. Compared with the prototypes, several features such as range, drive power and safety have been considerably improved in the series-production model. — Andreas von Wallfeld, Head of Marketing, Mercedes-Benz Trucks

The eActros borrows all the technology from the diesel-powered Actros, such as MirrorCam, Sideguard Assist, and 5th gen Active Brake Assist (ABA) with pedestrian detection. 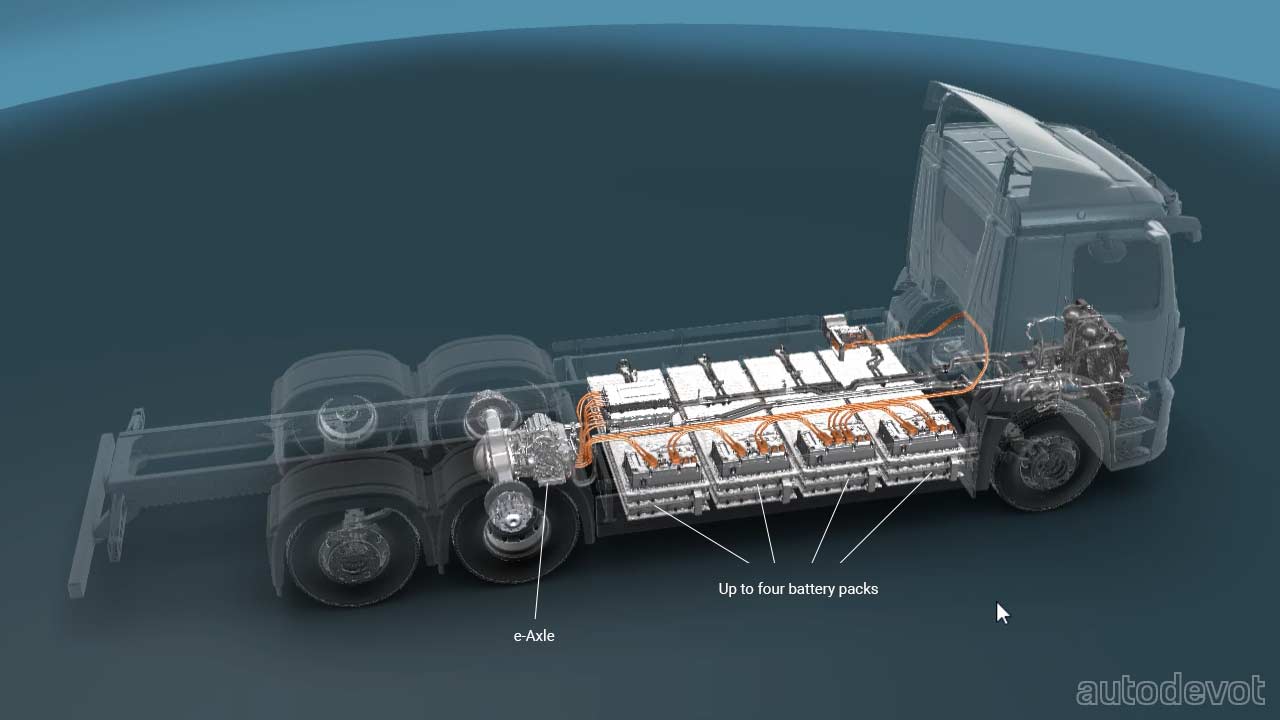 As for the technical bits, the eActros is powered by two electric motors integrated into a compact drive unit (e-Axle) with a two-speed transmission. The first gear delivers more torque at low speeds for smoother acceleration, while the second one is for more speed. The motors develop a combined continuous output of 330 kW (449 metric hp) and a peak output of 400 kW (544 metric hp). Up to four 105 kWh battery packs (three standard) can be installed for a total capacity of 420 kWh, which is good for an estimated range of up to 400 km (249 mi). The truck can be charged with up to 160 kW. When connected to a regular 400A DC charging station, the three battery packs need a little longer than 1 hour to charge from 20 to 80%, the company said.