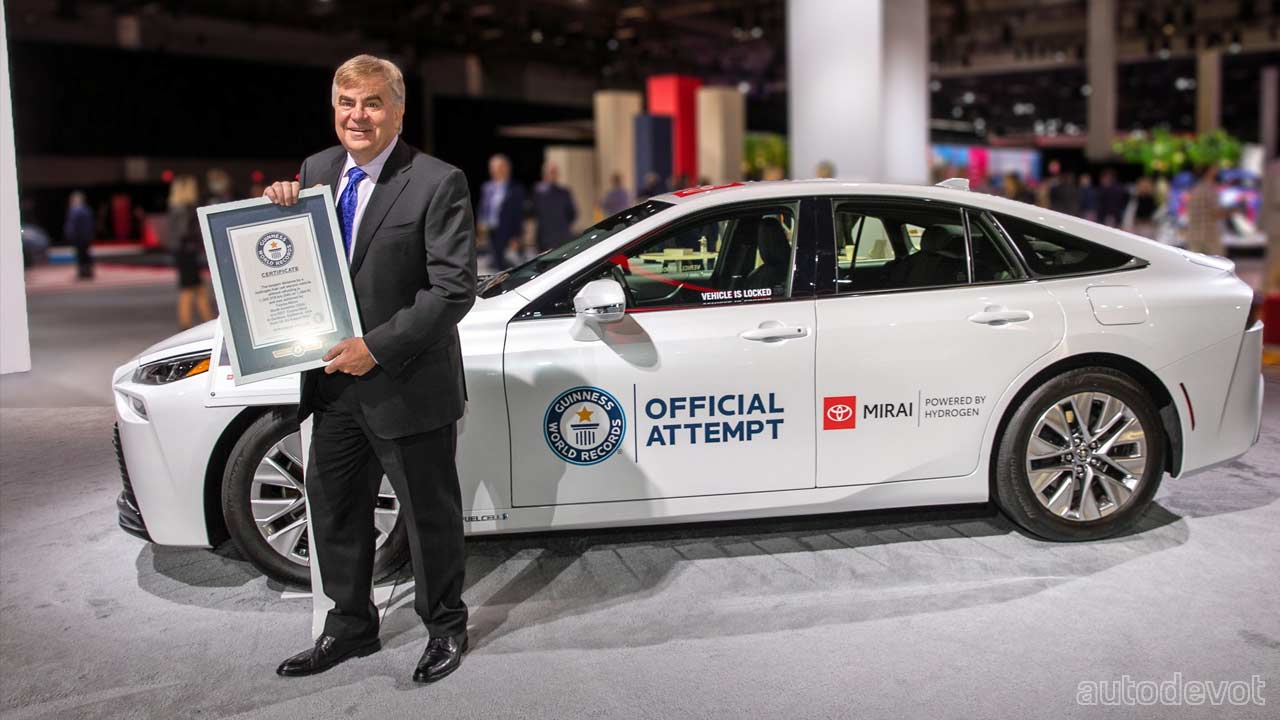 That is, of course, when you drive like a retiree.

After traveling more than 1,000 km (621+ mi) with just one fill of hydrogen, the second-gen Toyota Mirai has set another record, and this time, it’s a Guinness World Record for traveling 845 miles or about 1,360 km on a single fill of hydrogen. During its two-day tour of Southern California, the Mirai logged an impressive 152 MPGe. Guinness World Record adjudicator Michael Empric validated the Mirai’s tank seal at both the beginning and end of the journey. 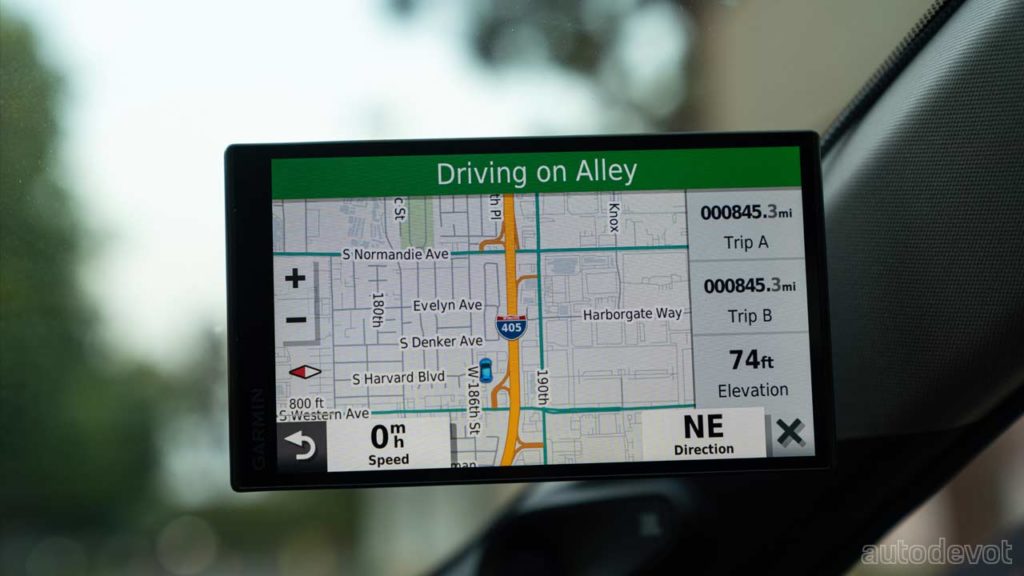 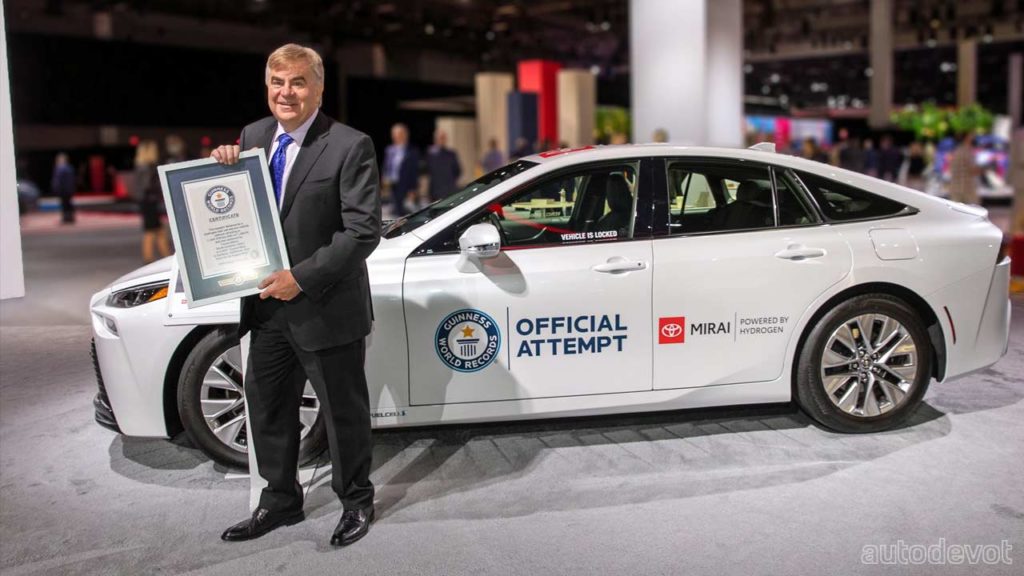 Apparently, the entire record attempt was closely monitored by Guinness World Records, adhering to its strict rules and documentation procedures. Driven by professional hypermiler Wayne Gerdes and co-piloted by Bob Winger, the two-day trip began on Monday, August 23, 2021, at the Toyota Technical Center (TTC) in Gardena, California, home of Toyota’s fuel cell development. The duo traveled south to San Ysidro and then north to Santa Barbara cruising through Santa Monica and Malibu beach along the Pacific Coast Highway. They returned to TTC that evening and logged 473 miles (761 km) with only two driver swaps.

The next day, August 24, 2021, consisted of more local driving loops, where they pushed through 372 more miles (599 km) of morning and afternoon rush hour traffic on the San Diego freeway between Los Angeles and Orange County until the Mirai had no more hydrogen left and coasted into TTC with a grand total of 845 miles (1,360 km) driven.

By the end of the trip, the Mirai consumed a total of 5.65 kg (12.45 lbs) of hydrogen and passed a total of 12 hydrogen stations along the drive routes without refueling, Toyota said.

For those who are wondering how to extract that kinda range, Toyota offers the following techniques, some of which are fairly obvious:

The 2021 Mirai has Drive Mode Select, which offers an ECO mode to prioritize efficiency by optimizing air conditioning operation.