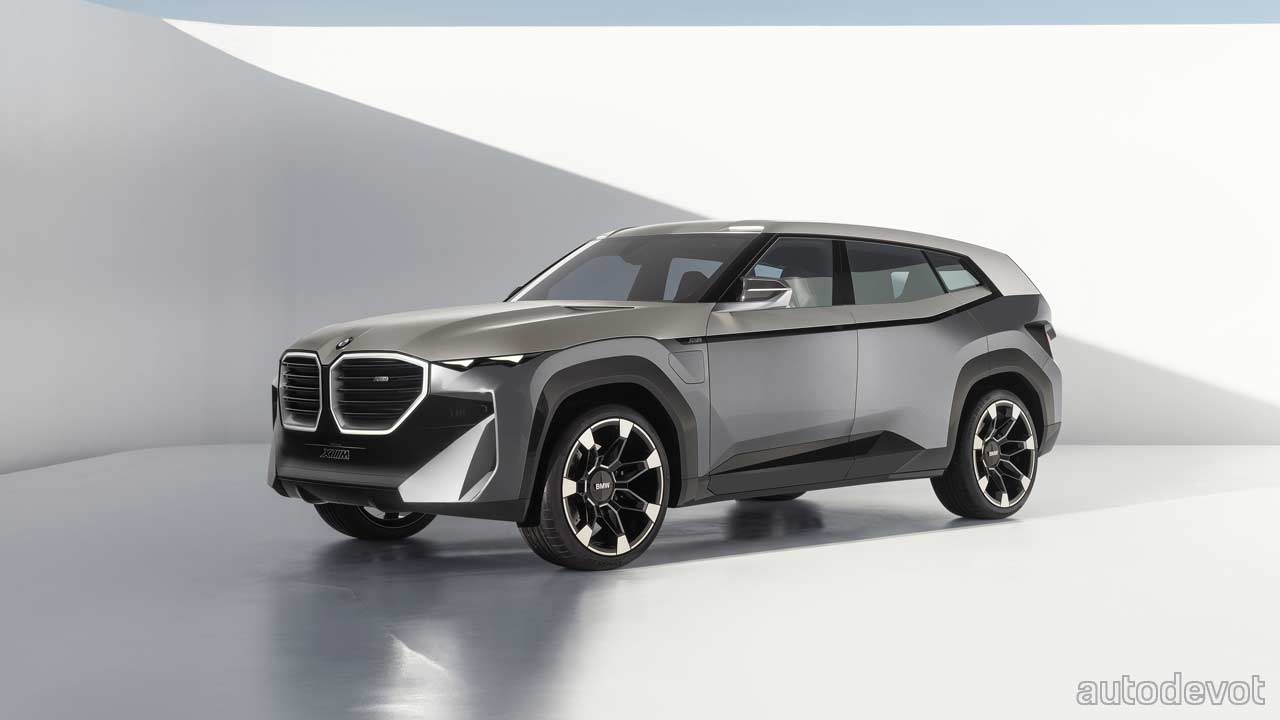 BMW has revealed the Concept XM which will be offered exclusively as an M model sometime in 2023. That’s right, BMW has big plans for this concept which will roll off the production line at the Group’s Spartanburg facility by the end of 2022. The XM is gonna be the first standalone M model after the M1. 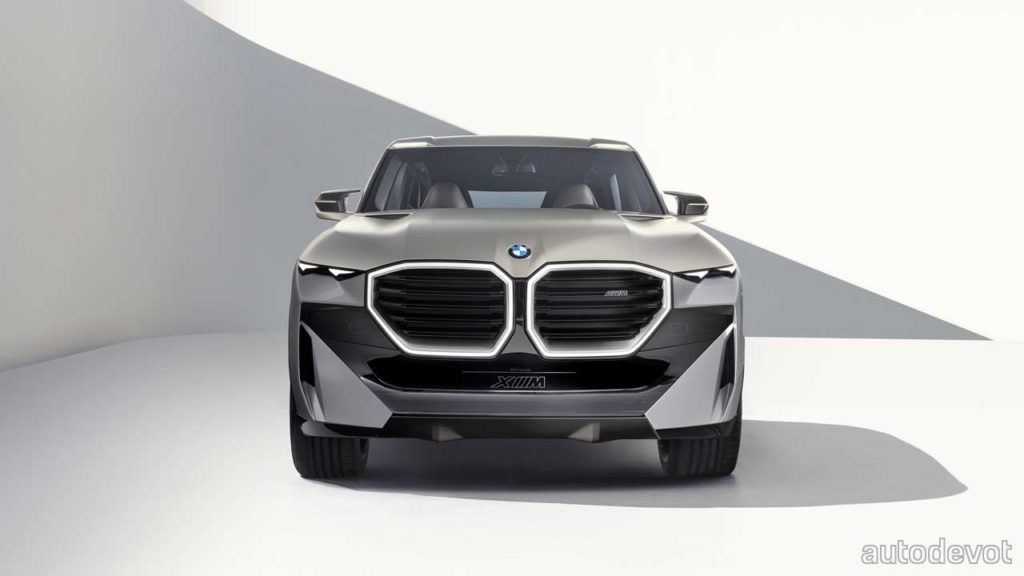 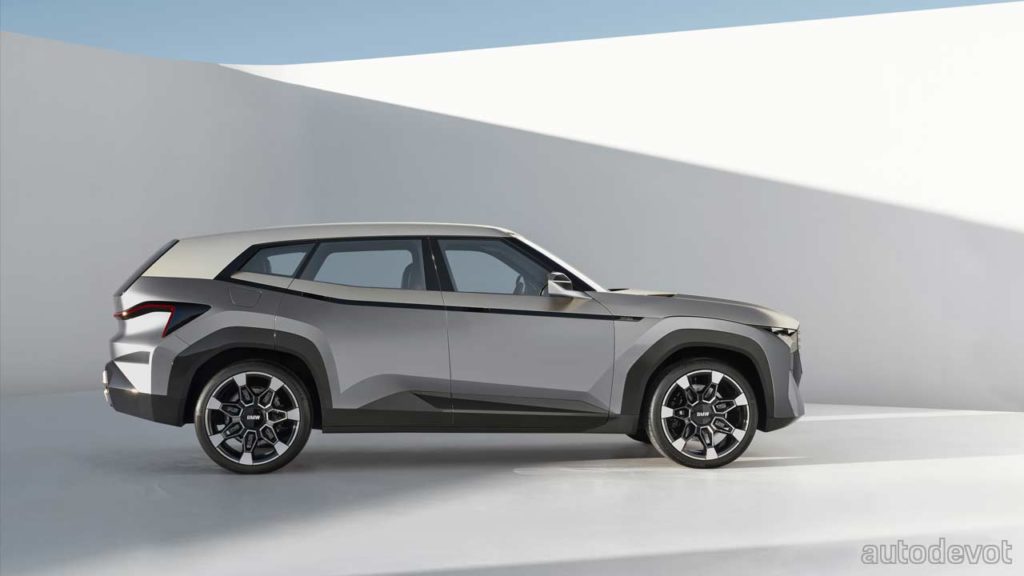 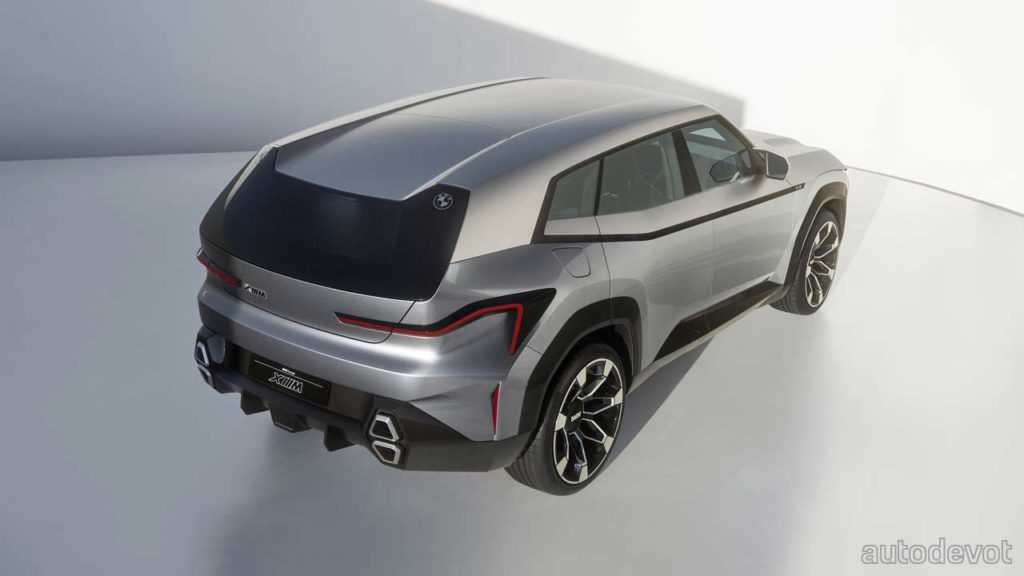 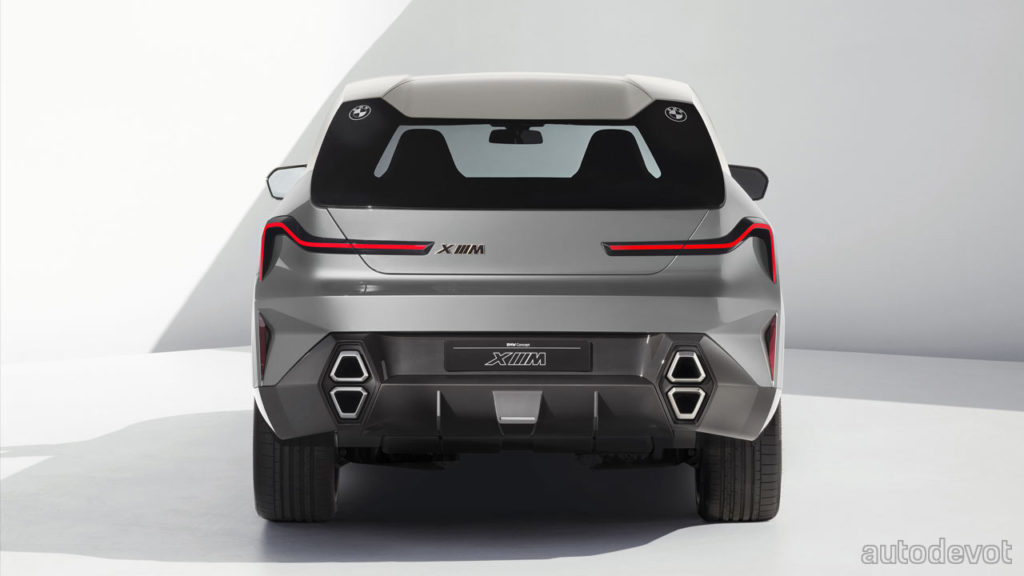 The styling is nothing surprising here; BMW’s Head of Design Domagoj Dukec and his team continue to draw polarizing lines—literal or otherwise, but I guess it has sort of grown on most of us. Although the Kidney grille is gigantic, it kinda looks proportionate with the rest of the body. The headlights are rather tiny but hopefully, the production model will have a bit bigger ones. There are generous air inlets at the front, including the side curtains and also on the bonnet; the latter are inspired by those on the M1. Notice the slim LED searchlights on the roof. Speaking of the roof, that shallow valley in the middle kinda looks weird, especially as it goes deeper towards the rear. Speaking of the rear-end, well, it looks kinda messy with those quad triangular tailpipes, but maybe that’s just me. That said, the J- or L-shaped taillights flow into the tiny tailgate, which kinda looks cool. The laser-etched BMW logos on the rear glass is a nod to the logos on the M1.

I think the best angle to look at is from the front-three quarters since the side profile looks fairly clean compared with the rest of the vehicle. For anyone wondering, the concept is riding on gigantic 23-inch light-alloy wheels. 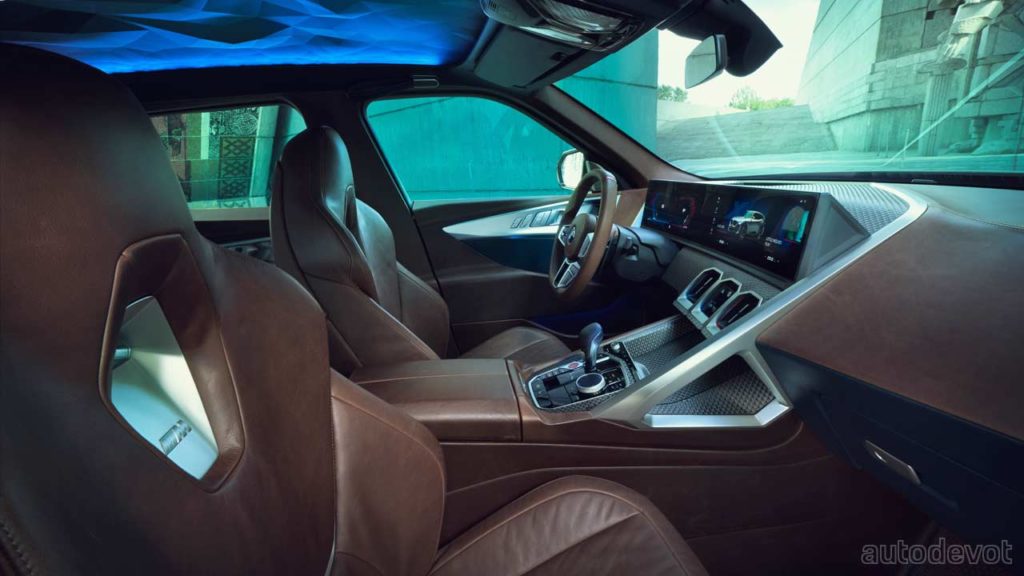 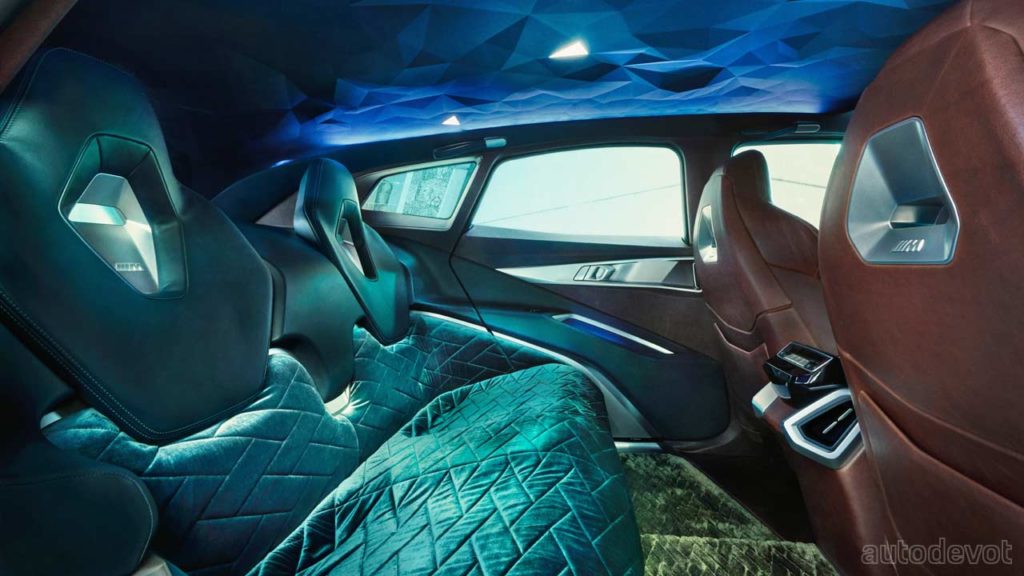 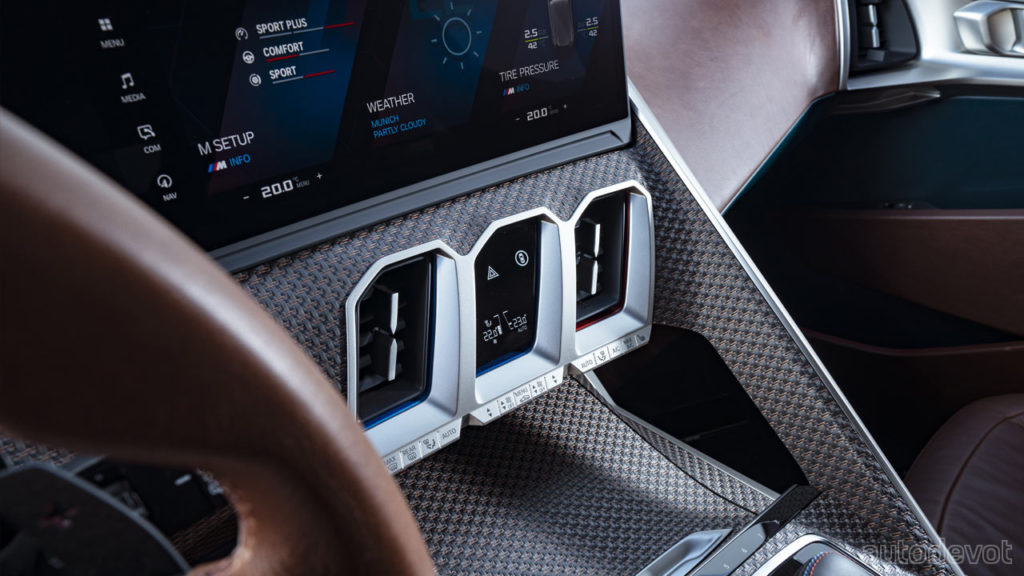 Inside, the front section is dominated by vintage-looking Brown leather, while the rear section has been made jazzy with velvety-fluorescent-bluish-petrol shade. The headliner looks equally jazzy and features a 3D prism structure. Those three elements in the middle of the dashboard are a nod to the BMW M logo. Overall, the colors in the cabin look like something Mansory would do, which only a Middle Eastern prince would love.

Moving on to the juicy bits of the story, the XM is gonna pack a high-performance plug-in hybrid powertrain that combines a V8 petrol engine and an electric motor, producing a combined 550 kW (748 metric hp) and 1,000 Nm (738 lb-ft) of peak torque. The crossover will also have an all-electric range of up to 80 km (50 mi).