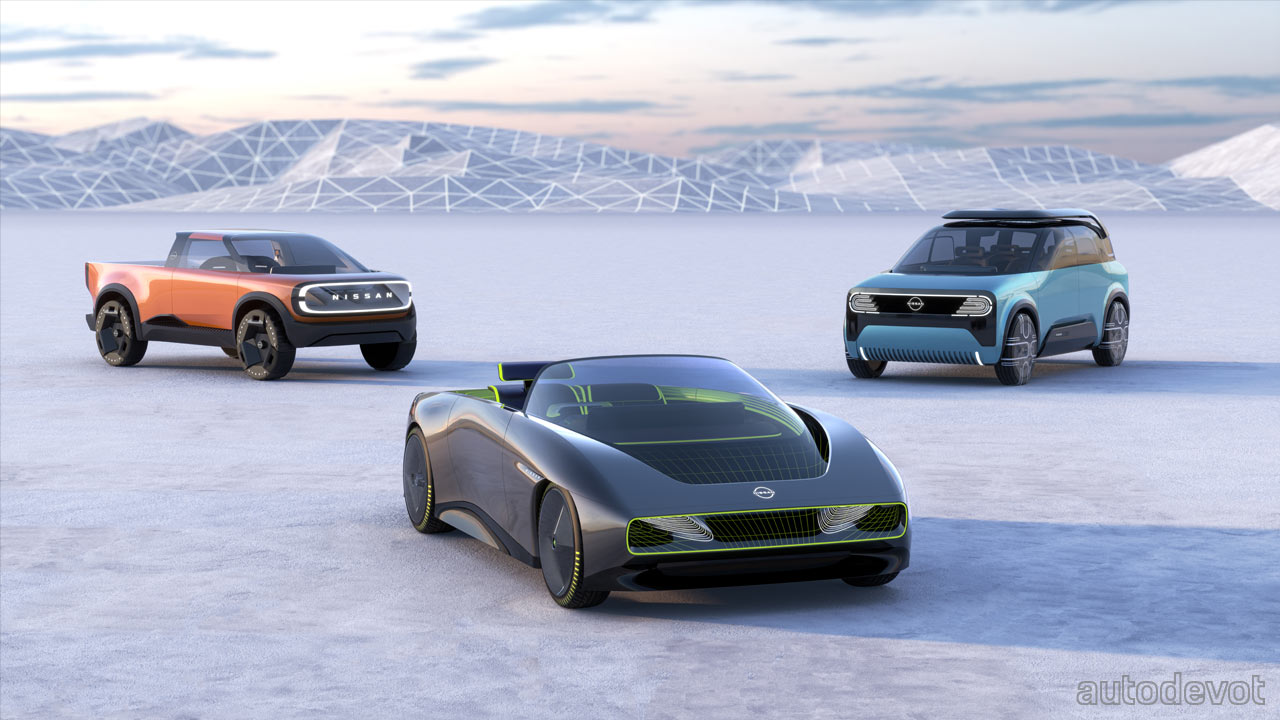 Not necessarily in that order.

Nissan has announced Nissan Ambition 2030, the company’s long-term plans for electrified mobility—which includes 15 new EVs and 8 new e-Power series-hybrid models by 2030, aiming for an electrification mix of more than 50% globally across both Nissan and Infiniti brands.

Further plans include launching an EV with proprietary all-solid-state batteries (ASSB) by 2028 and ready a pilot plant in Yokohama as early as 2024. Nissan expects ASSB to bring the cost of battery packs down to $75 per kWh by 2028 and aims to bring it further down to $65 per kWh to achieve cost parity between EV and gasoline vehicles in the future. 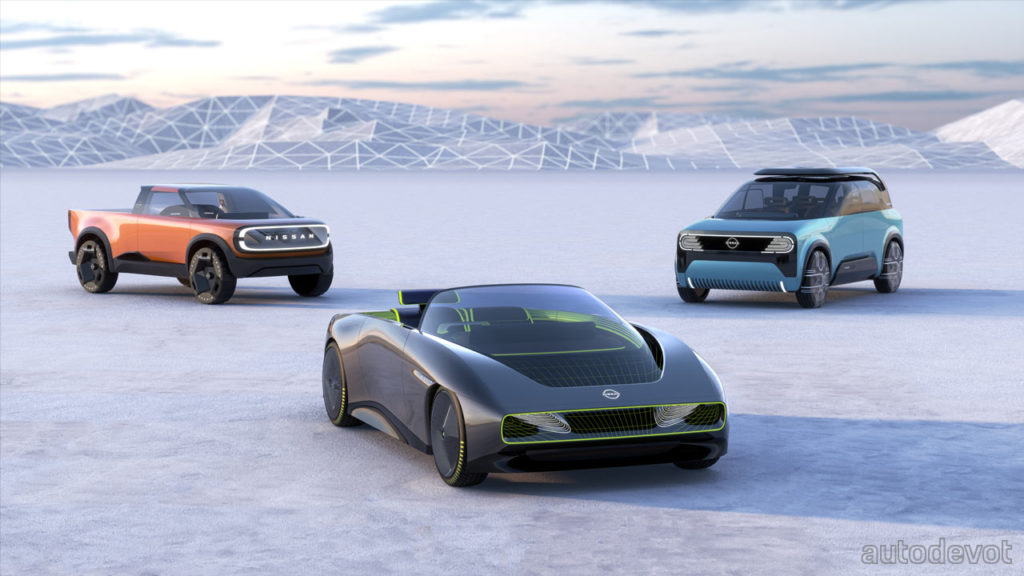 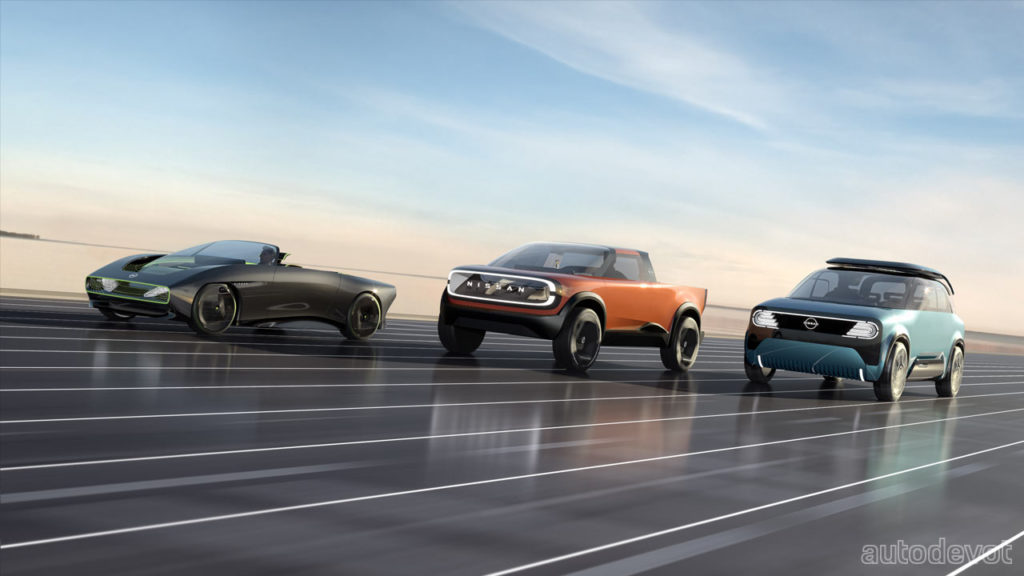 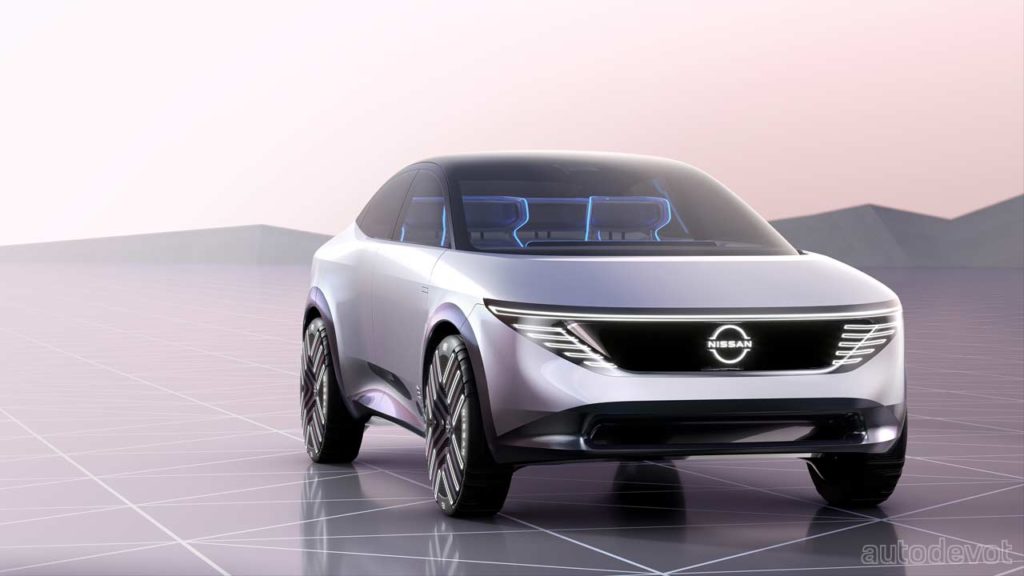 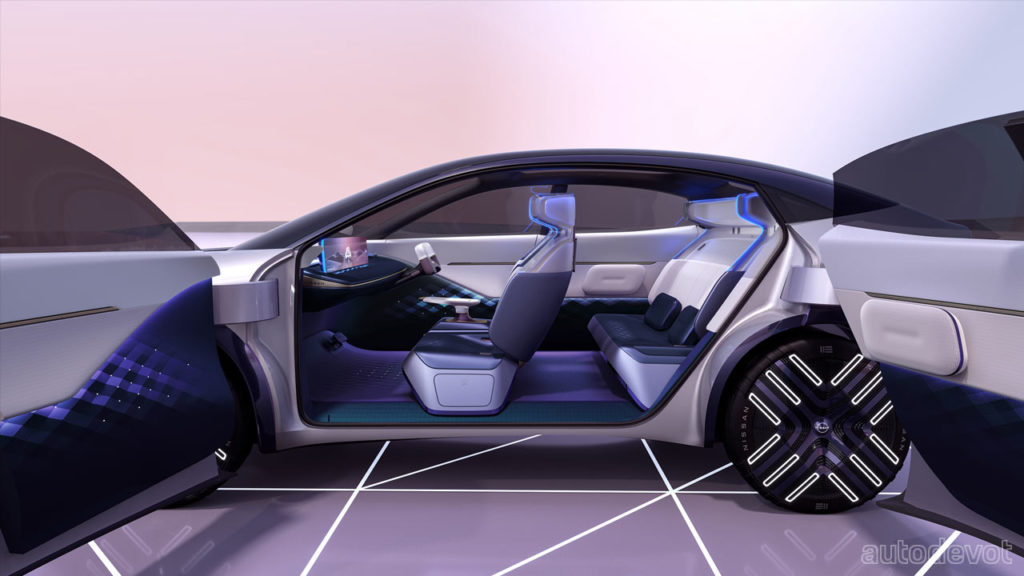 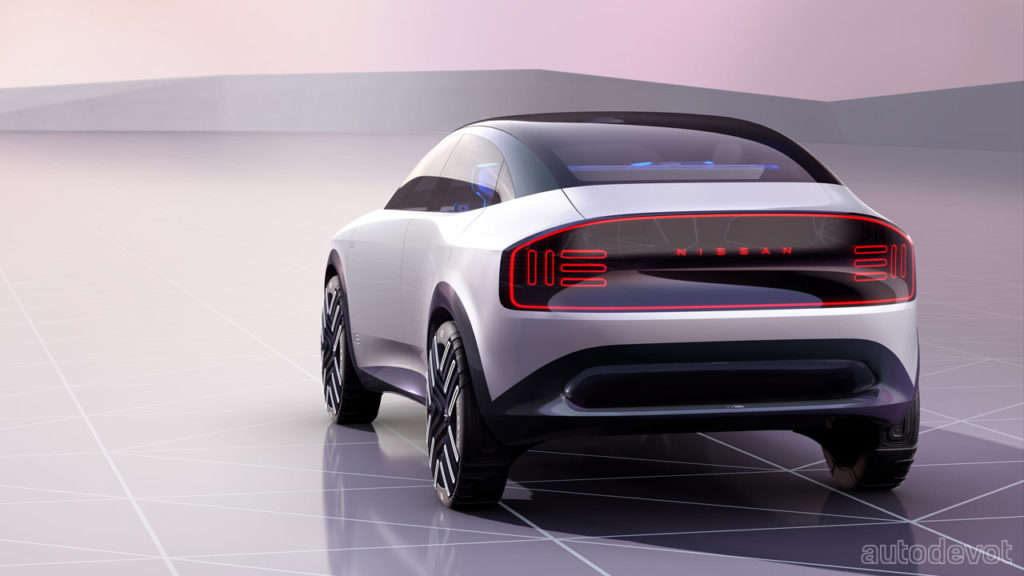 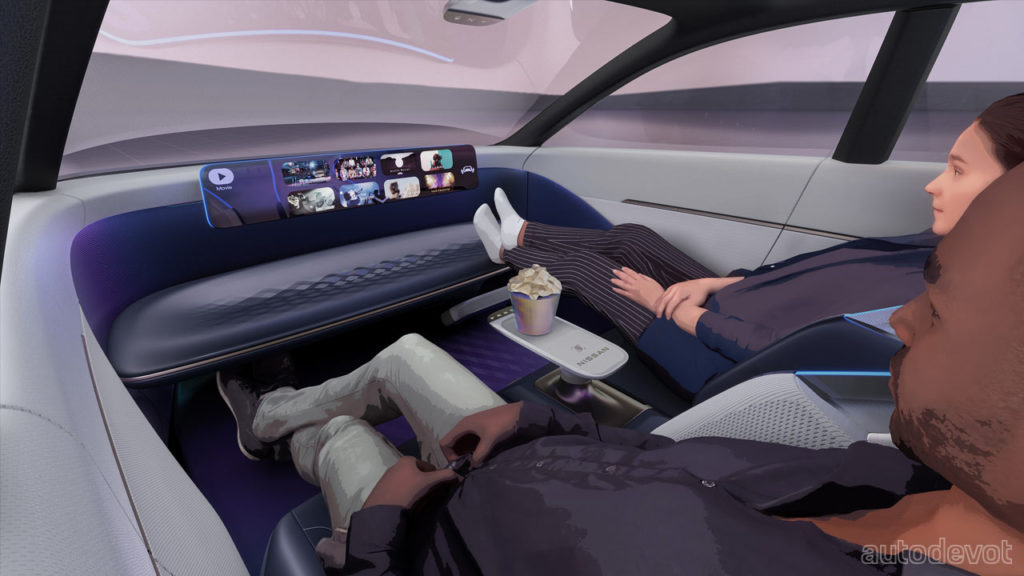 The Chill-Out appears to be a futuristic version of the already futuristic Ariya crossover. The coupe-SUV concept is built on the CMF-EV platform and claims to offer “high levels of comfort and an energizing driving experience”. As you can see, there’s no steering wheel on the dashboard, or appears to be retracted, suggesting a semi- or fully autonomous capability. 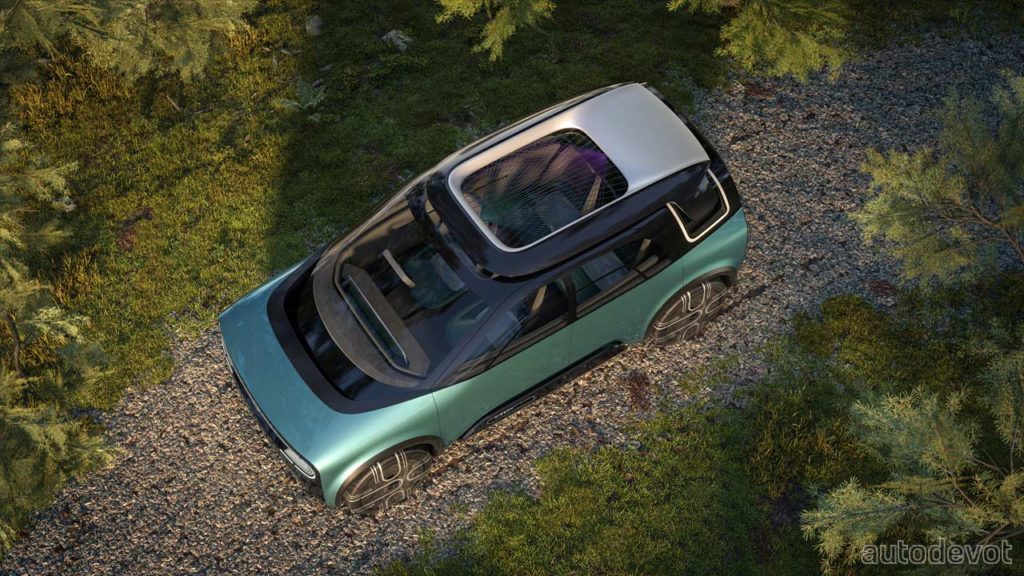 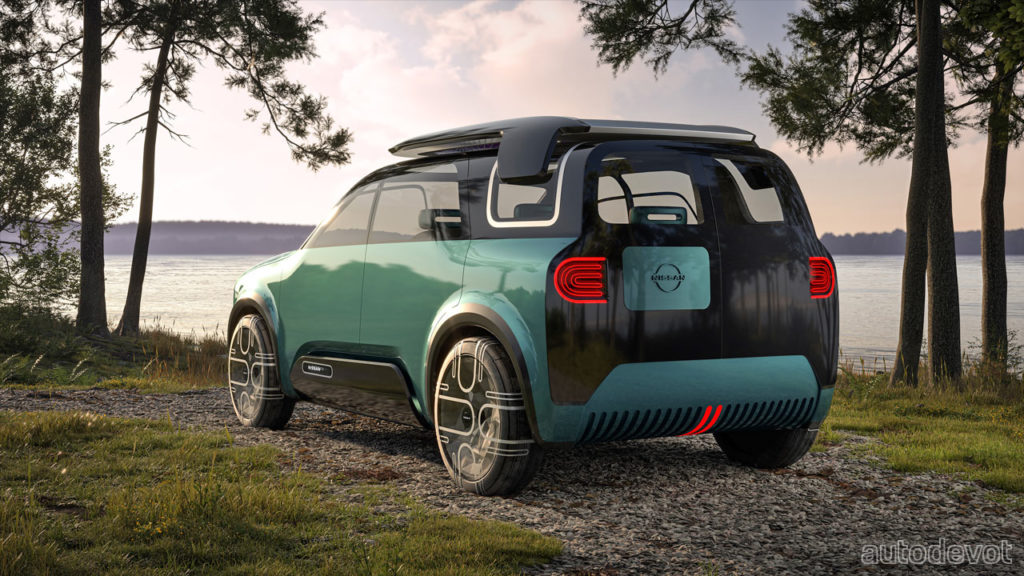 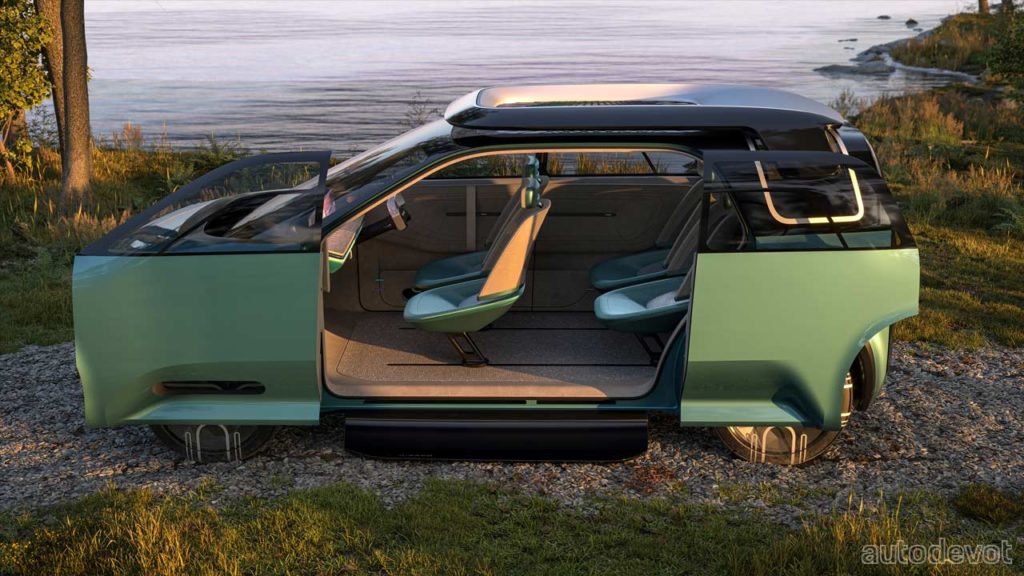 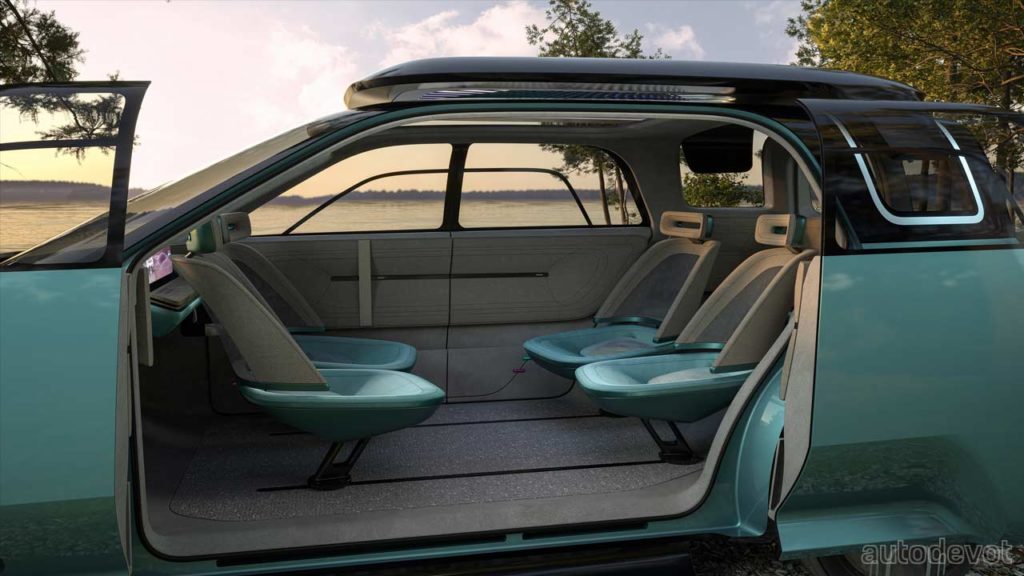 Next up we have the Hang-Out concept which I’m not entirely sure of the category it belongs to. It could be an SUV or an MPV or maybe even a van. This one too appears to be an autonomous (could be semi- or fully autonomous) vehicle with a retractable steering wheel. 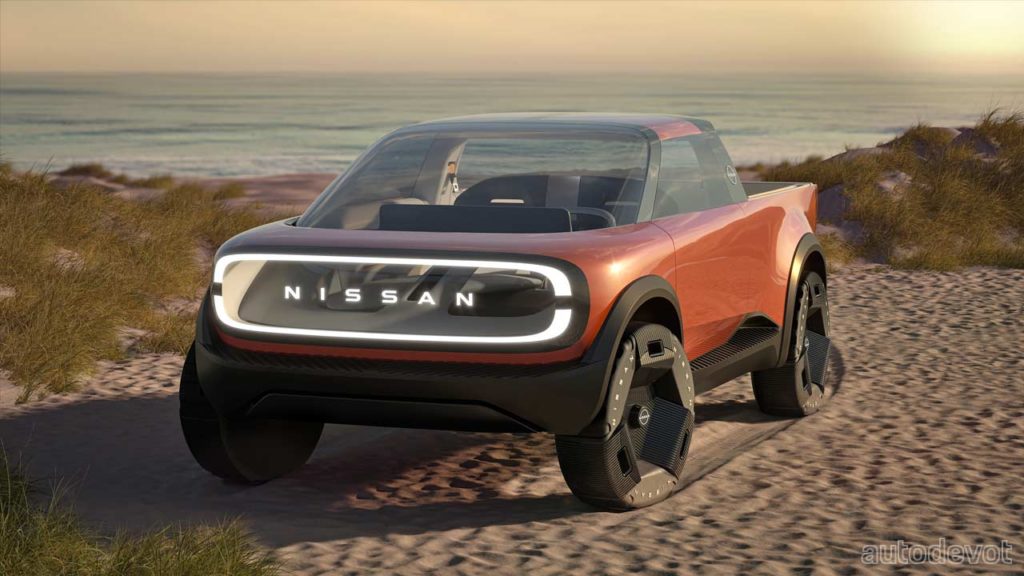 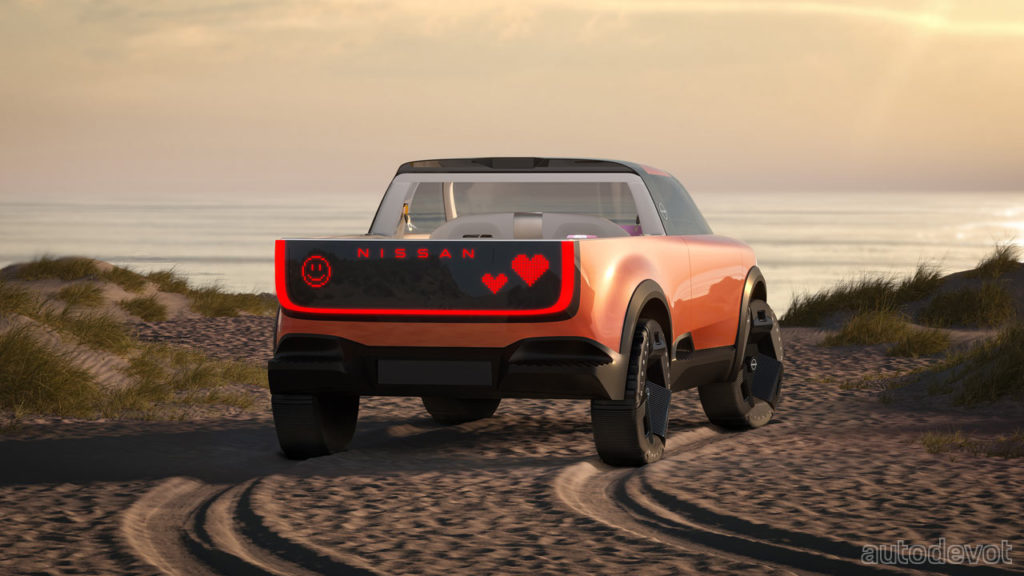 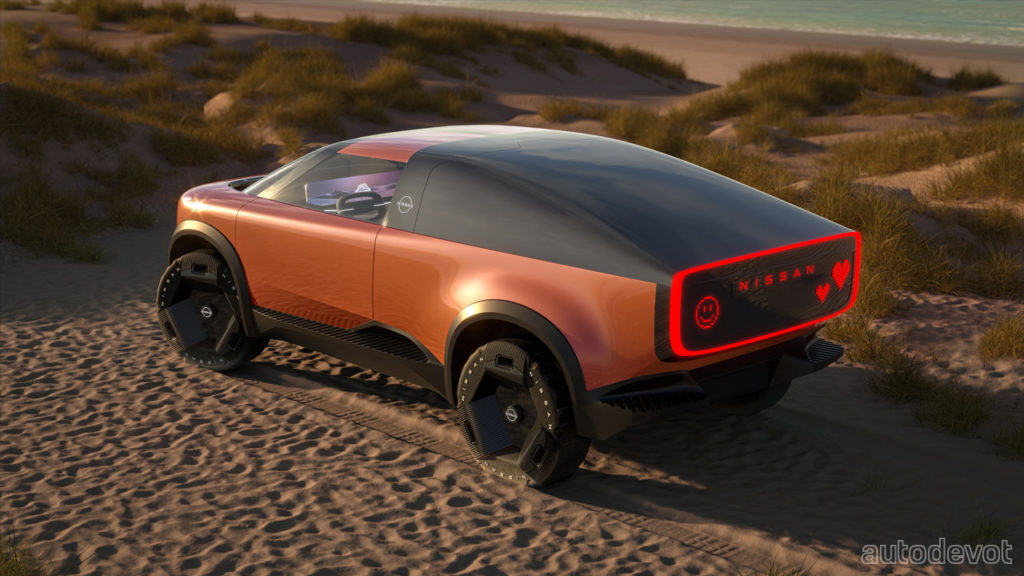 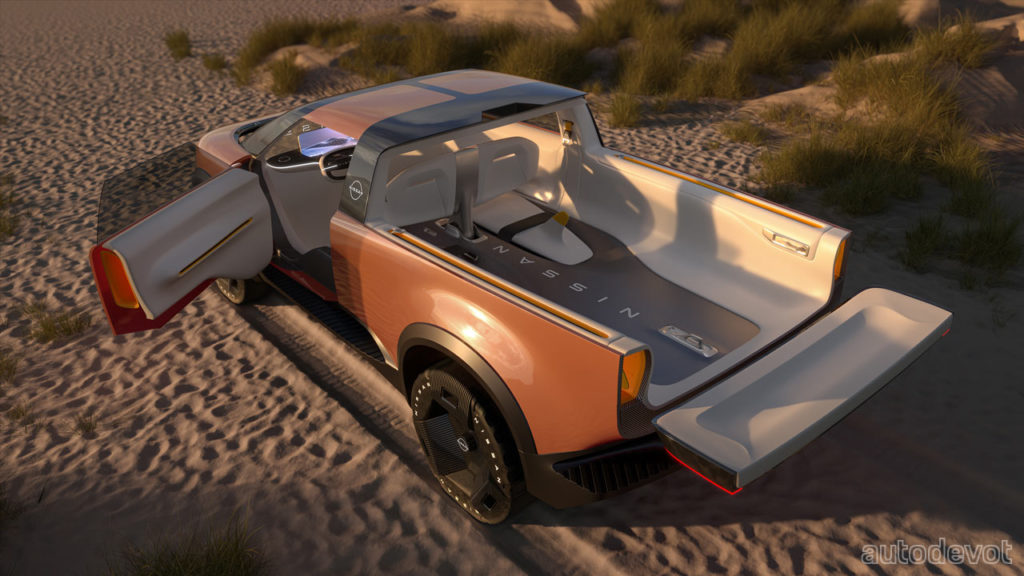 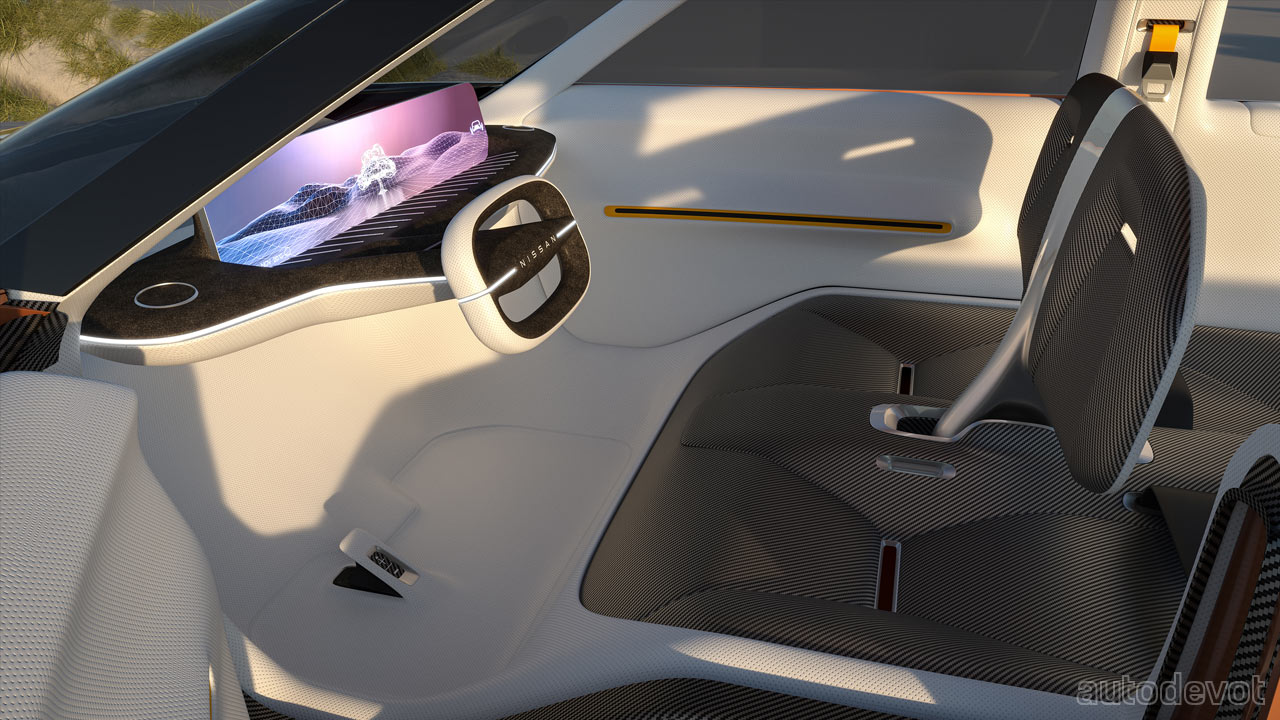 The third one is a pickup truck contraption called Surf-Out, with what appears to be a removable bed cover. While the tailgate appears to feature some kind of a digital panel, the front “grille” is translucent with an illuminated band and Nissan letters. The dashboard has a wide display panel like in the other concepts, and there’s also a steering wheel. But notice that there’s only a single pedal on the floor. 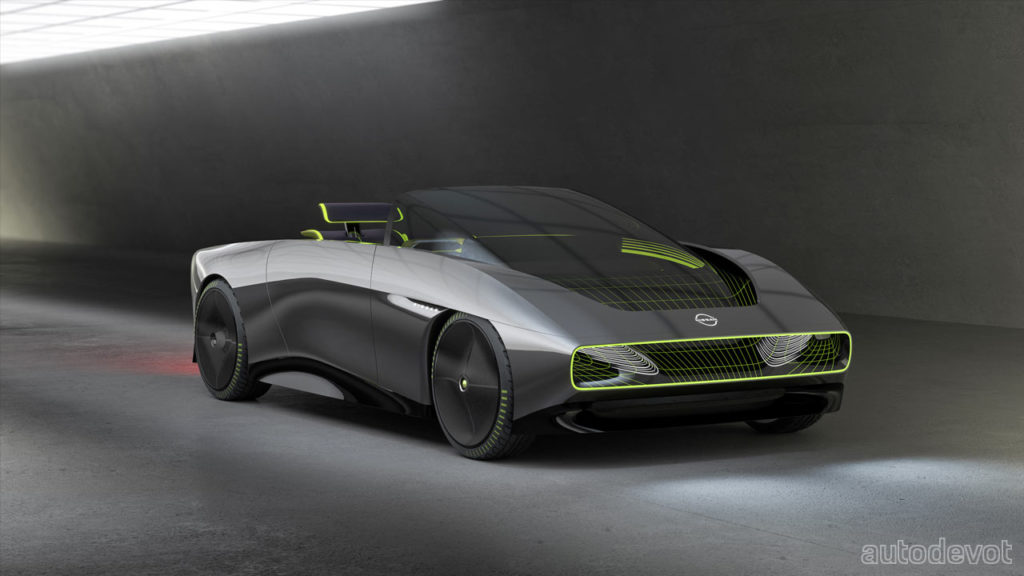 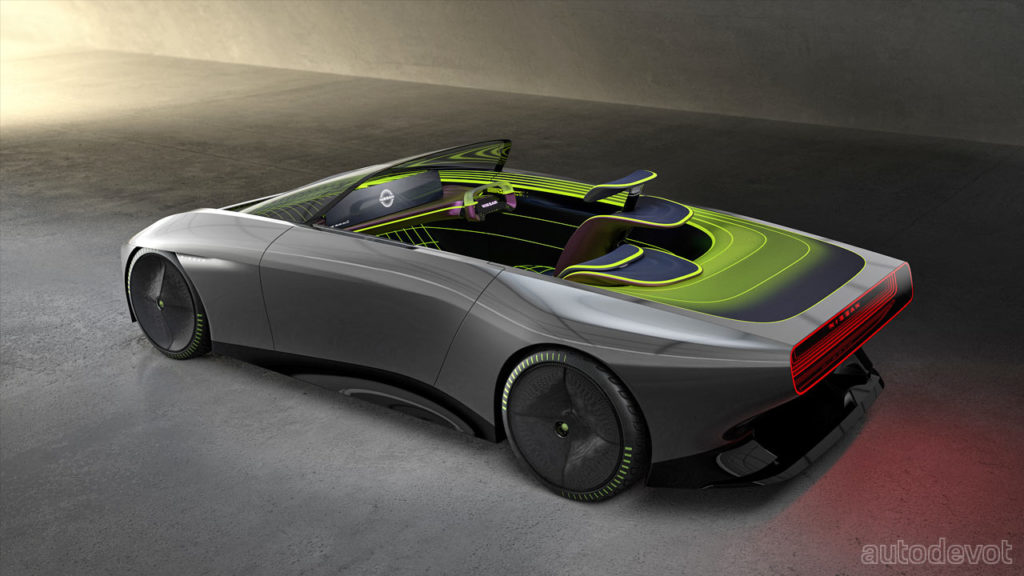 Finally, there’s the Max-Out convertible concept which is covered with lines throughout. It aims to “deliver a new driving experience with its superlative stability and comfort”, with dynamic cornering capabilities and limited body roll.