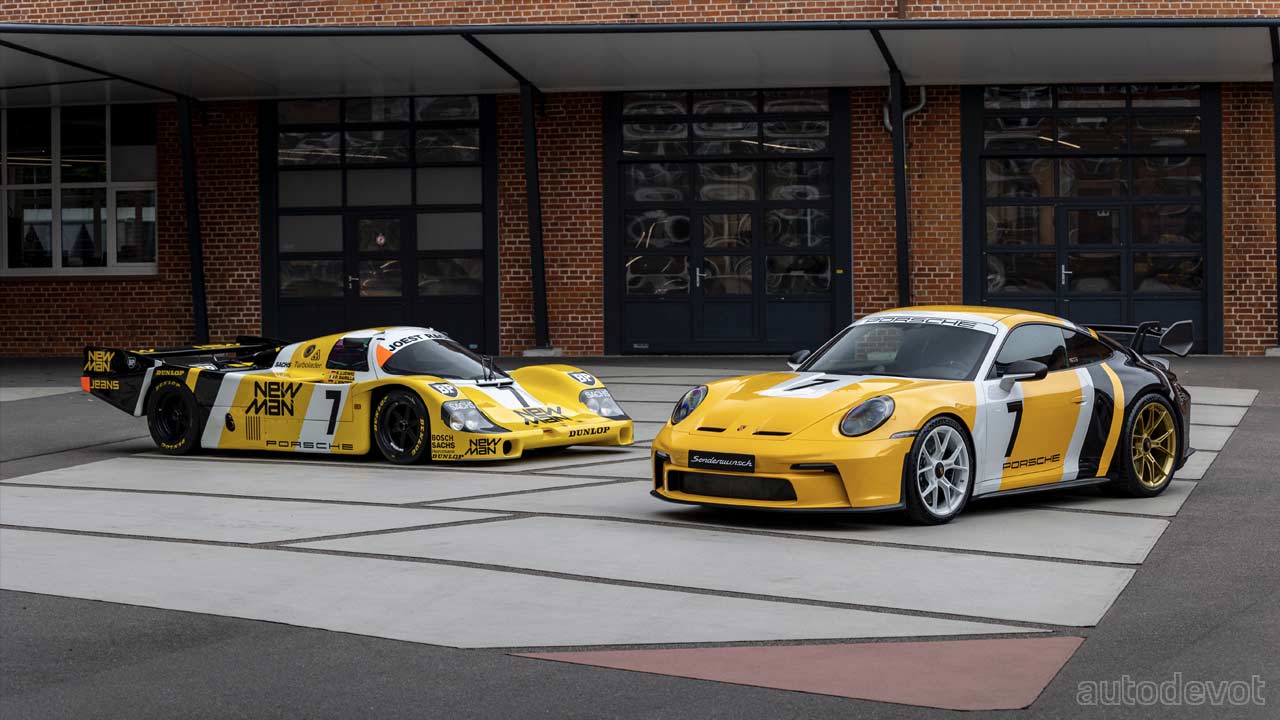 The Porsche Exclusive Manufaktur is where you go to personalize your dream Porsche with exterior paint colors and materials inside. But Porsche also has the Sonderwunsch programme where you can take the personalization to the next level and create sort of your own one-off. Sonderwunsch, which translates to “special request” for us non-Germans, is a collaboration between Porsche Exclusive Manufaktur and Porsche Classic divisions. And that’s exactly where Paolo Barilla, overall winner of 1985 Le Mans in a private Porsche 956, went to bespoke his 911 GT3. 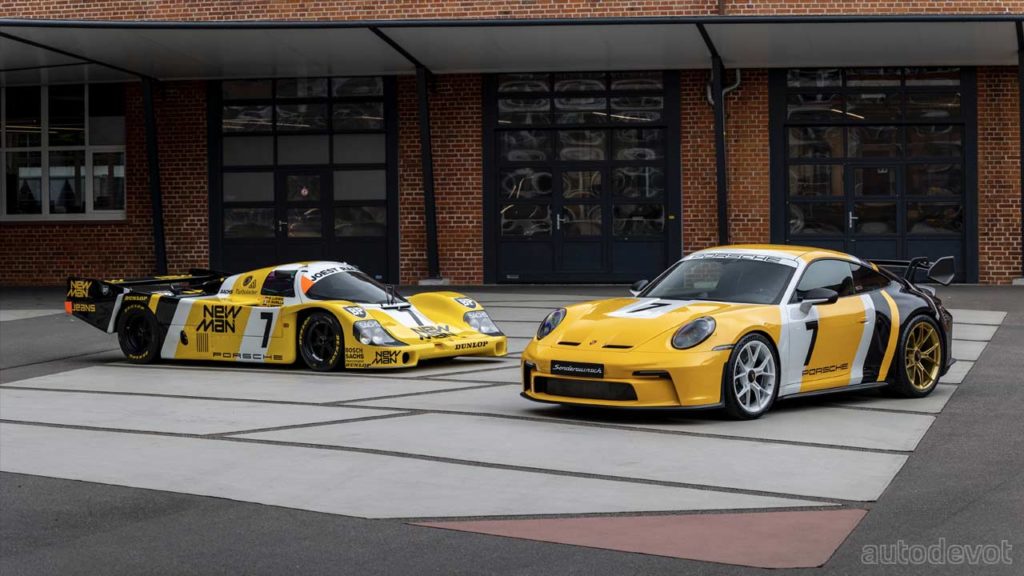 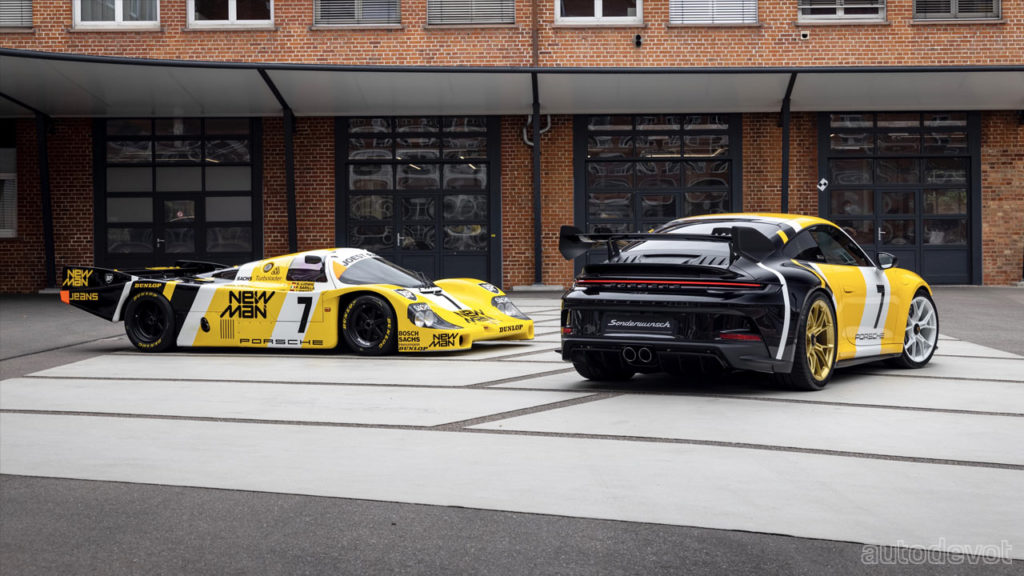 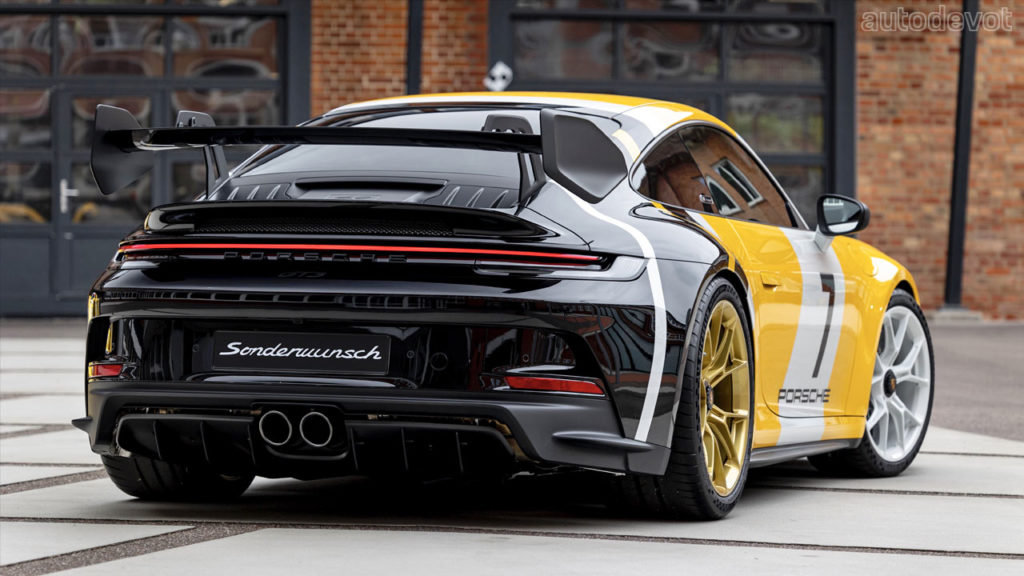 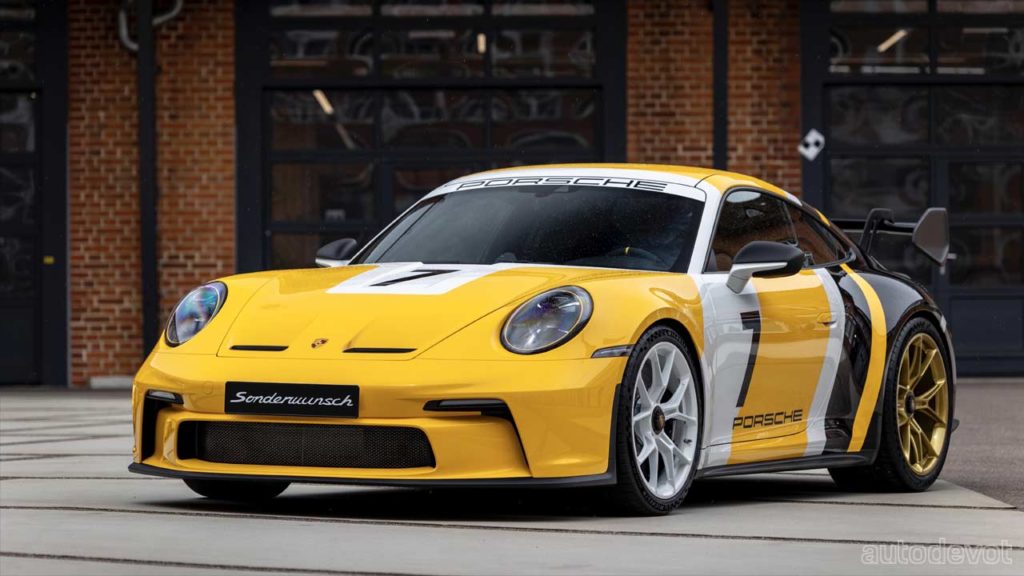 His special 911 GT3 wears a livery similar to the aforementioned 956. I think the Summer Yellow pairs perfectly with white and black. The winning race number 7 can also be found on the bonnet and doors. Notice that the front wheels are in white, while the rear wheels are painted in gold, and that is because, during racing, the 956 had white aeroblades on the front wheels. 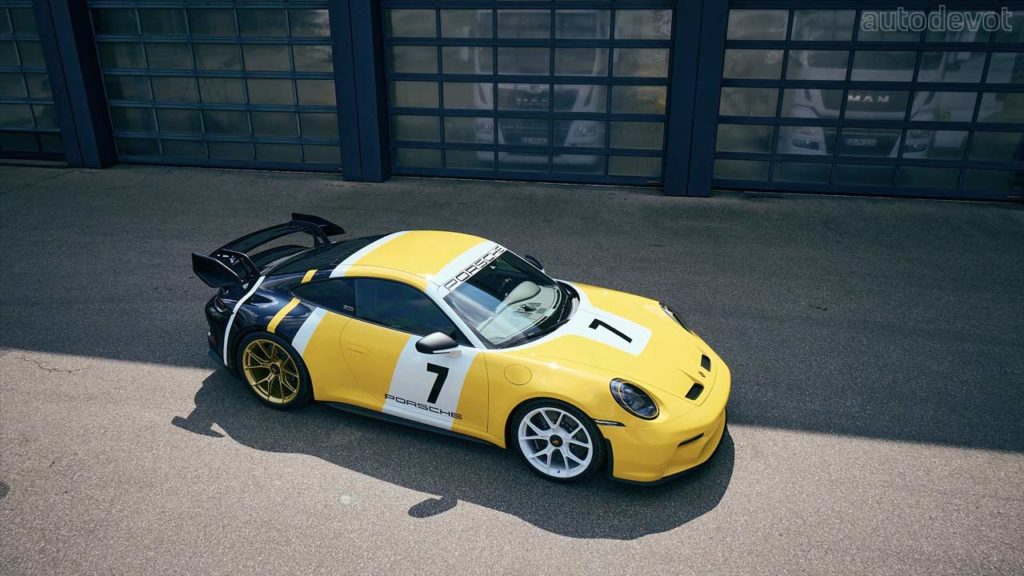 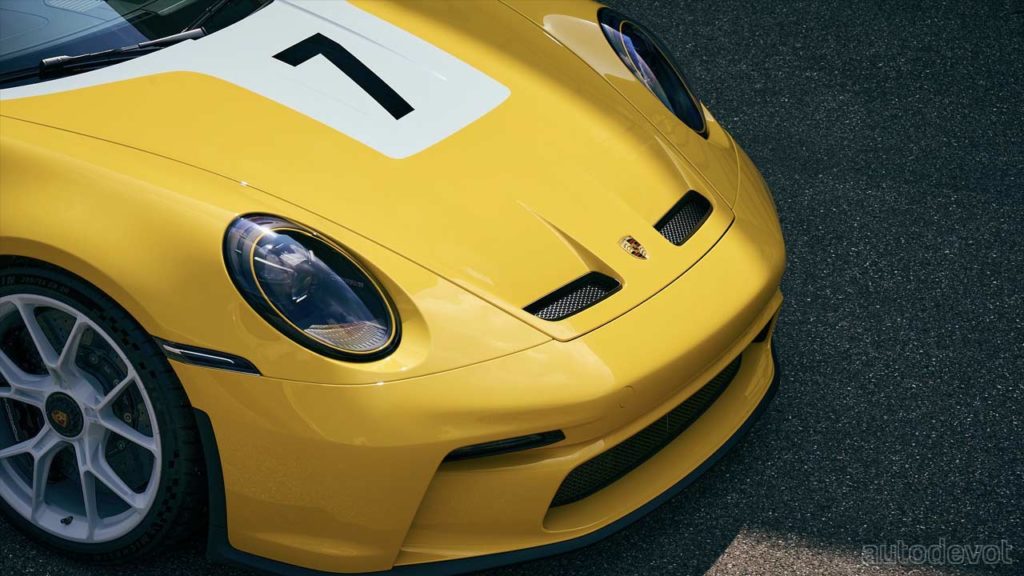 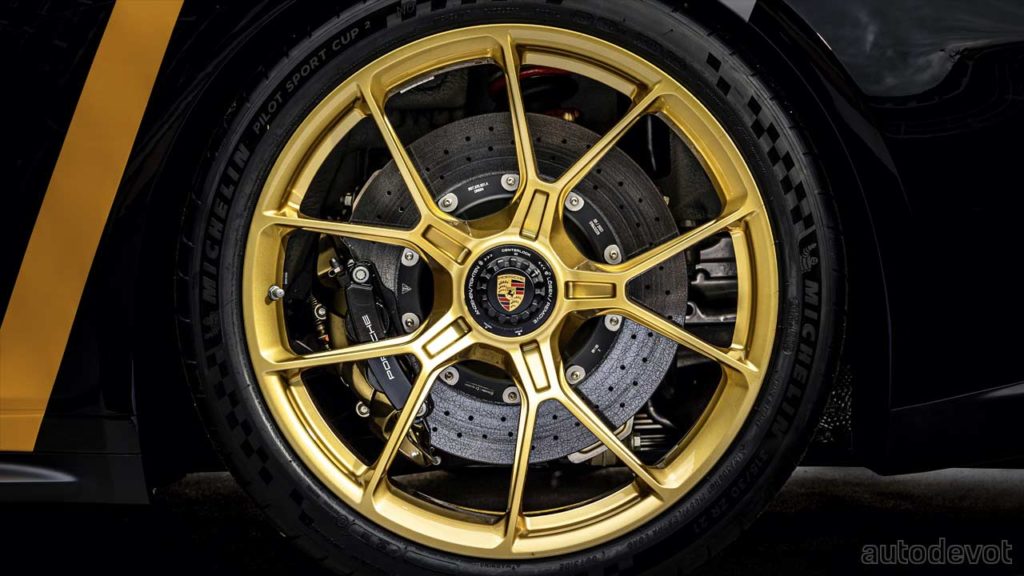 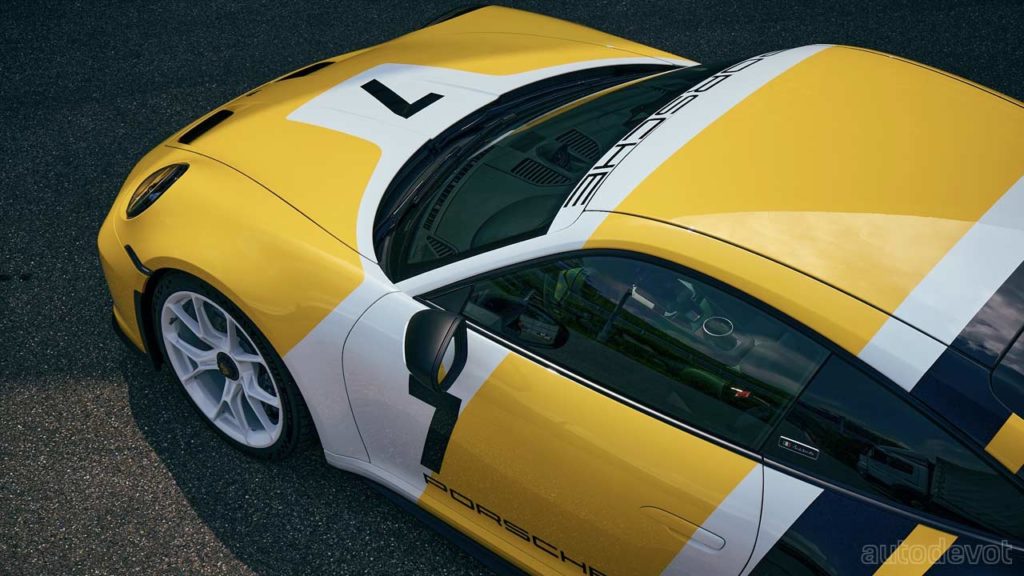 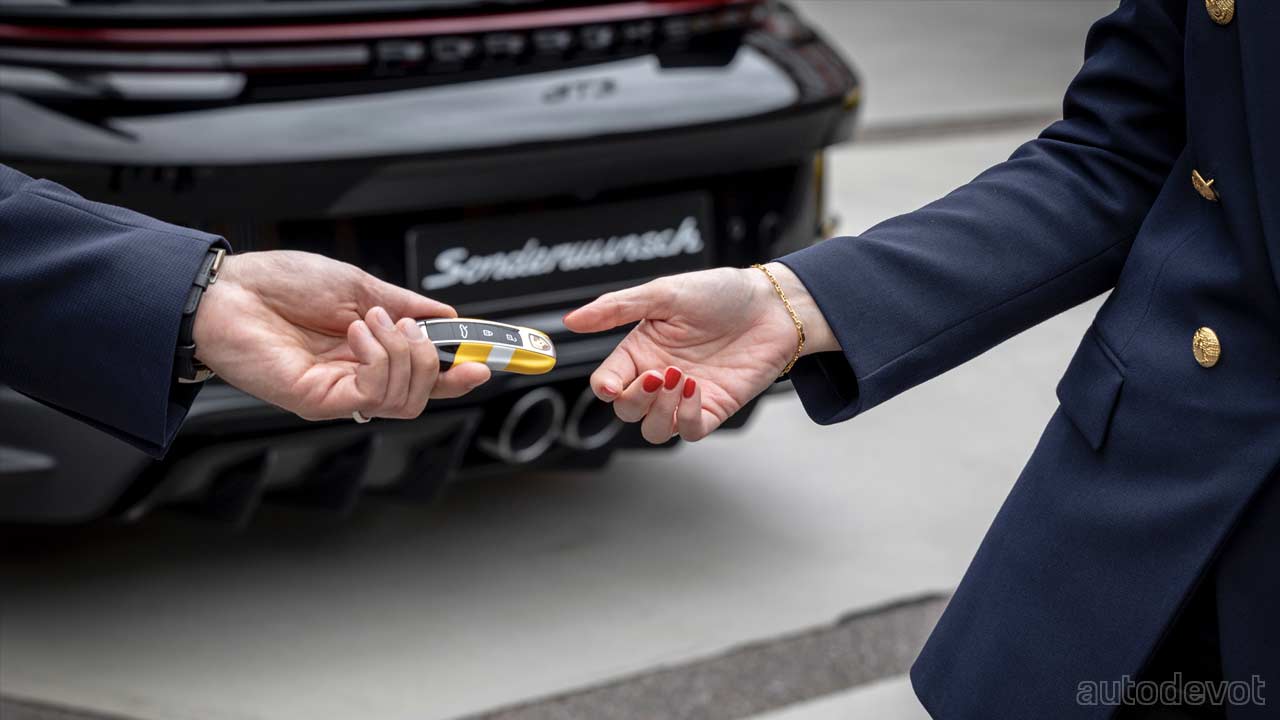 Gotta love that Summer Yellow ring inside the headlights, and yes, the keyfob looks delicious too. “In the ’80s, I had the chance to drive the wonderful Porsche 956, an iconic car in terms of performance and beauty. The interpretation of some elements in a modern GT3 makes that memory exciting and vital—for me and for people who are close to me,” said Paolo Barilla, who now serves as a Deputy Chairman of a family-owned food company. 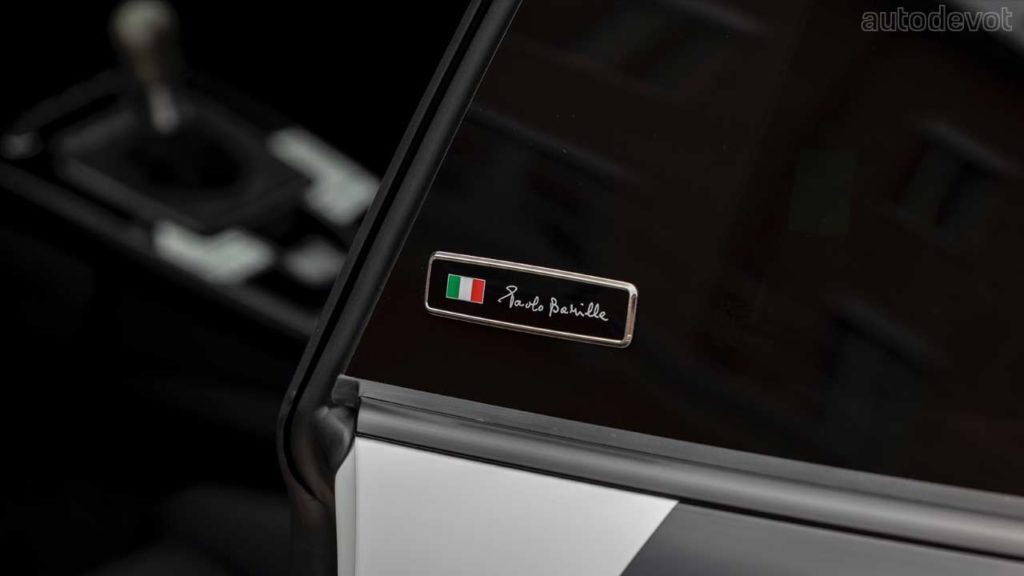 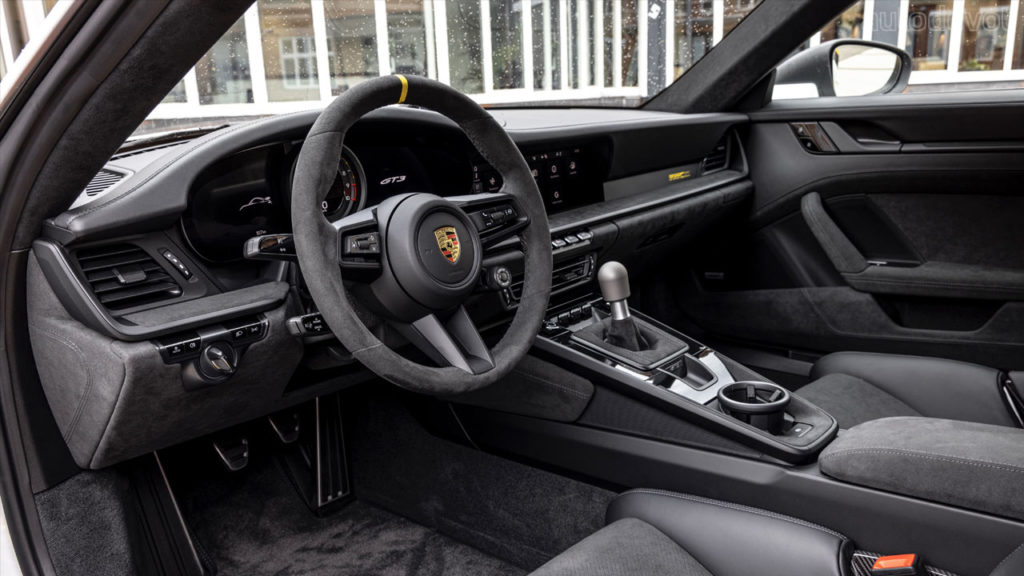 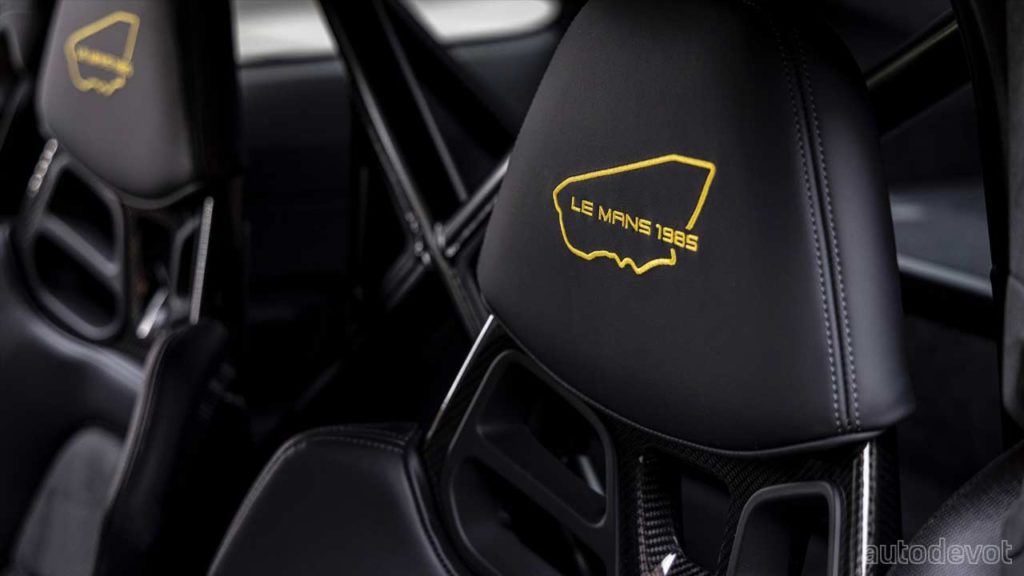 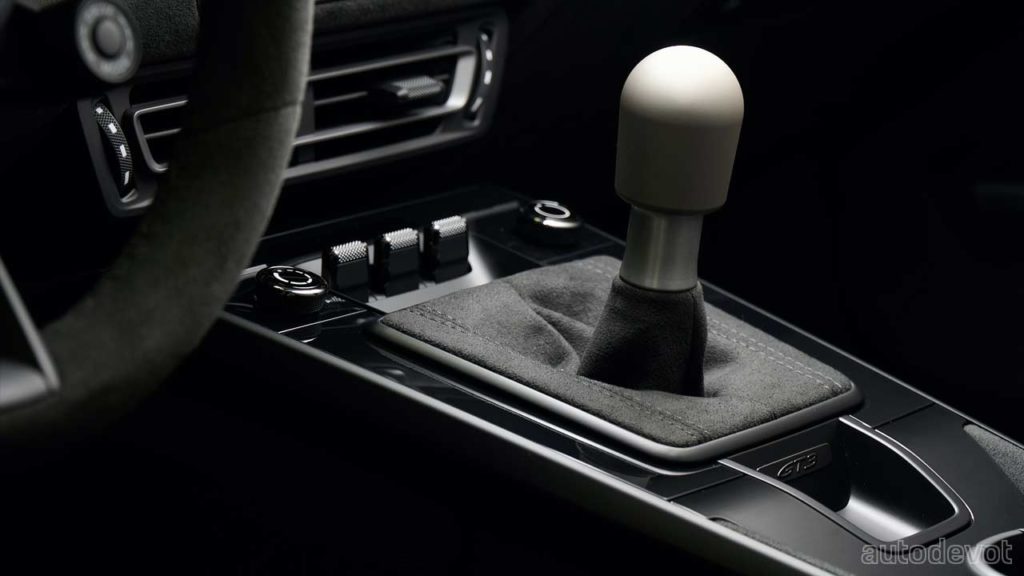 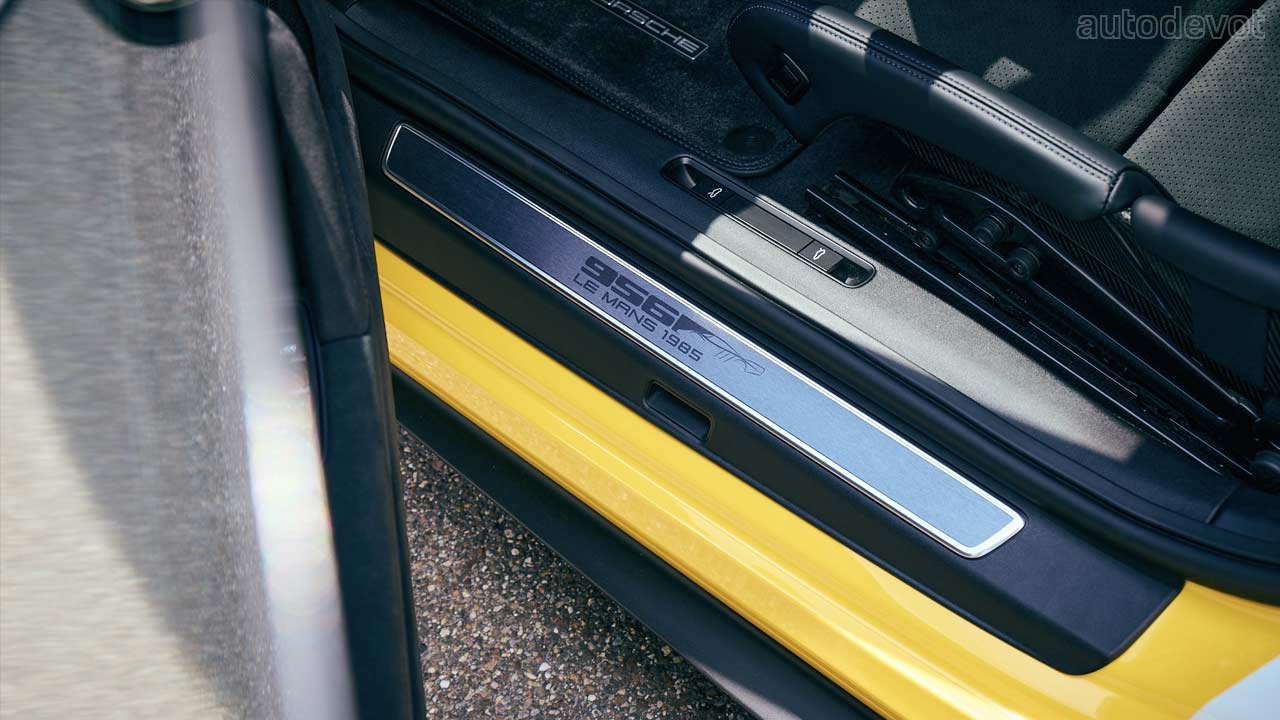 Inside, the door sill features a special “Le Mans 1985” logo with a stylized silhouette of the racing car. The 1985 circuit is embroidered on the headrests, and notice that the gear lever is reminiscent of the magnesium ball in the 956; the ball part was milled from an aluminium block and the surface was sanded.