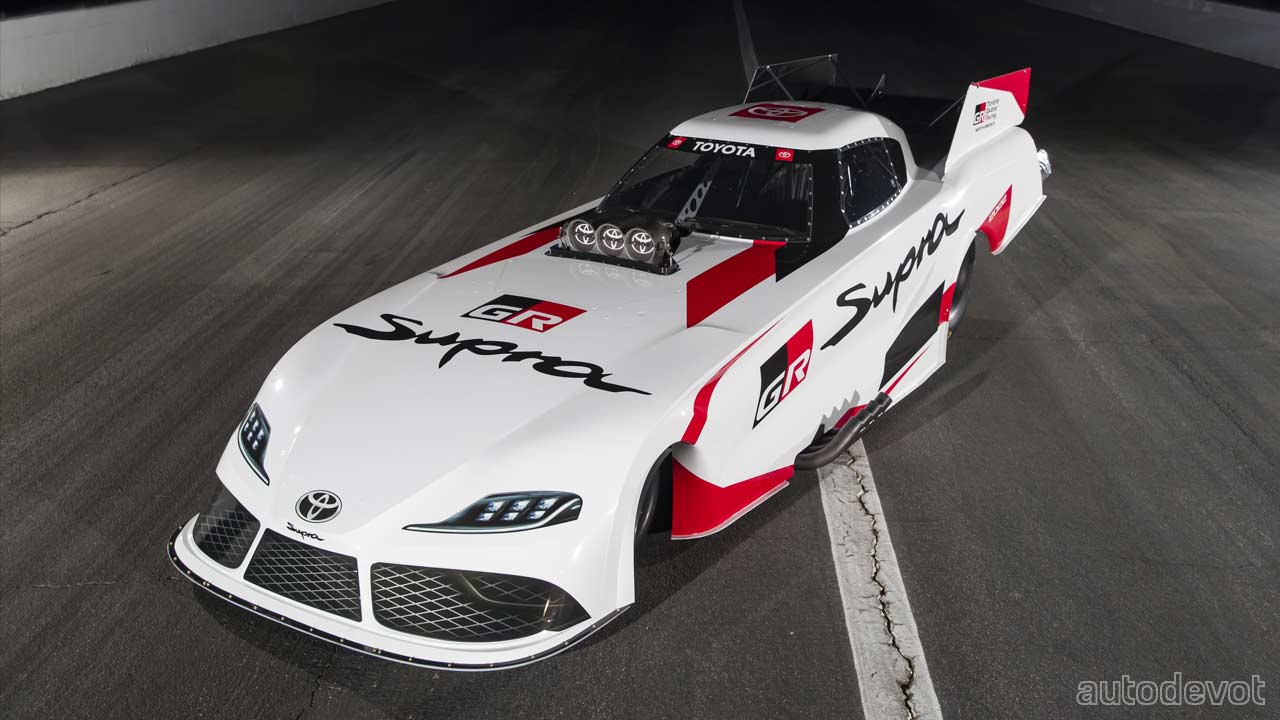 The Mk5 Supra is a pretty serious sports car, but Toyota has decided to make it a Funny Car for the National Hot Rod Association’s 2022 Funny Car competition. The inaugural race is expected to take place in Pomona (California) in February. Of course, we are talking about just the ‘Supra’ name here; the Supra Funny Car is not the same Supra as your friend or that favorite influencer of yours has. 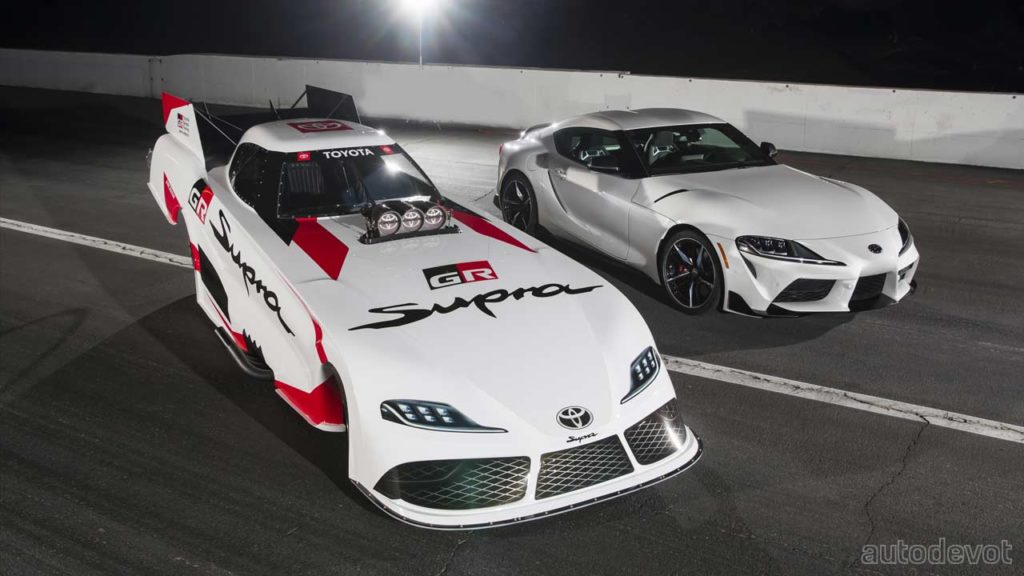 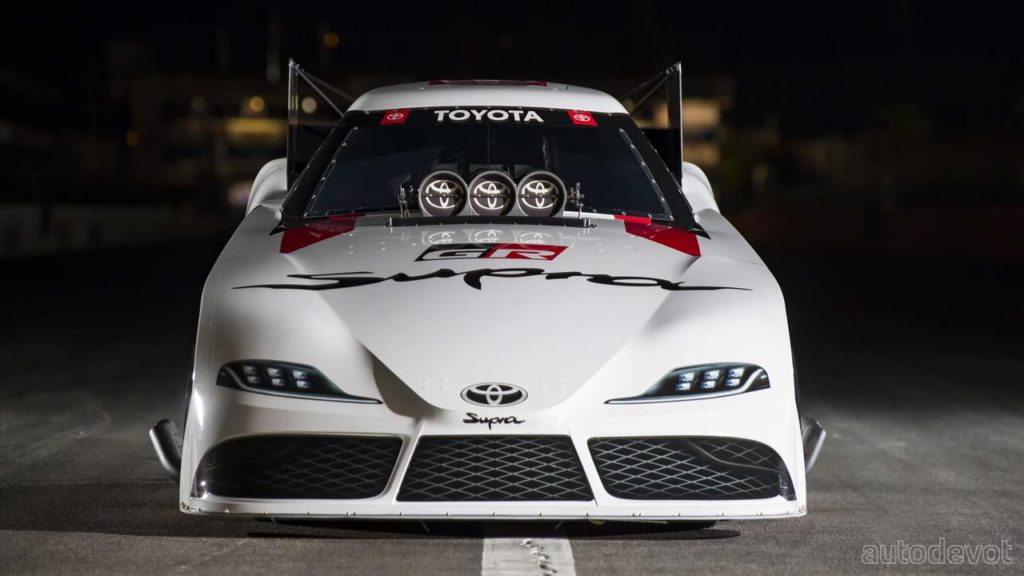 It’s that long nose that tries to mimic the road-going supra with printed headlights, T-badge and grille decals. Other than that, the blacked-out A-pillars and the shape of the side windows also kinda match the real Supra. The livery is of course, similar to that of the Supra GT4.

Toyota has competed with the Camry in the Funny Car competition dating back to 2012. Prior to the Camry, the Celica and the Solara were run. The company is celebrating its 20th season in NHRA this year. Toyota drivers have won 137 Top Fuel and 43 Funny Car races along with 6 Top Fuel and three Funny Car championships during its tenure in the series.

“After 10 years of fielding the Camry in NHRA Funny Car competition, it’s really exciting for us to be moving to the GR Supra and ultimately the next generation of Funny Cars for NHRA. Our team at TRD along with the design team at Calty worked hard to incorporate as many features from the production GR Supra into the Funny Car that J.R. Todd and Alexis DeJoria will drive in 2022,” said Paul Doleshal, group manager of motorsports for Toyota Motor North America.

The NHRA Funny Car dragsters are powered by an 8.19-litre V8 supercharged engine. They don’t have a traditional transmission as we know it, but have a fixed gear ratio and a reversing gear; power is transmitted to the final drive through a multi-staged clutch with progressive incremental lockup as the run proceeds.