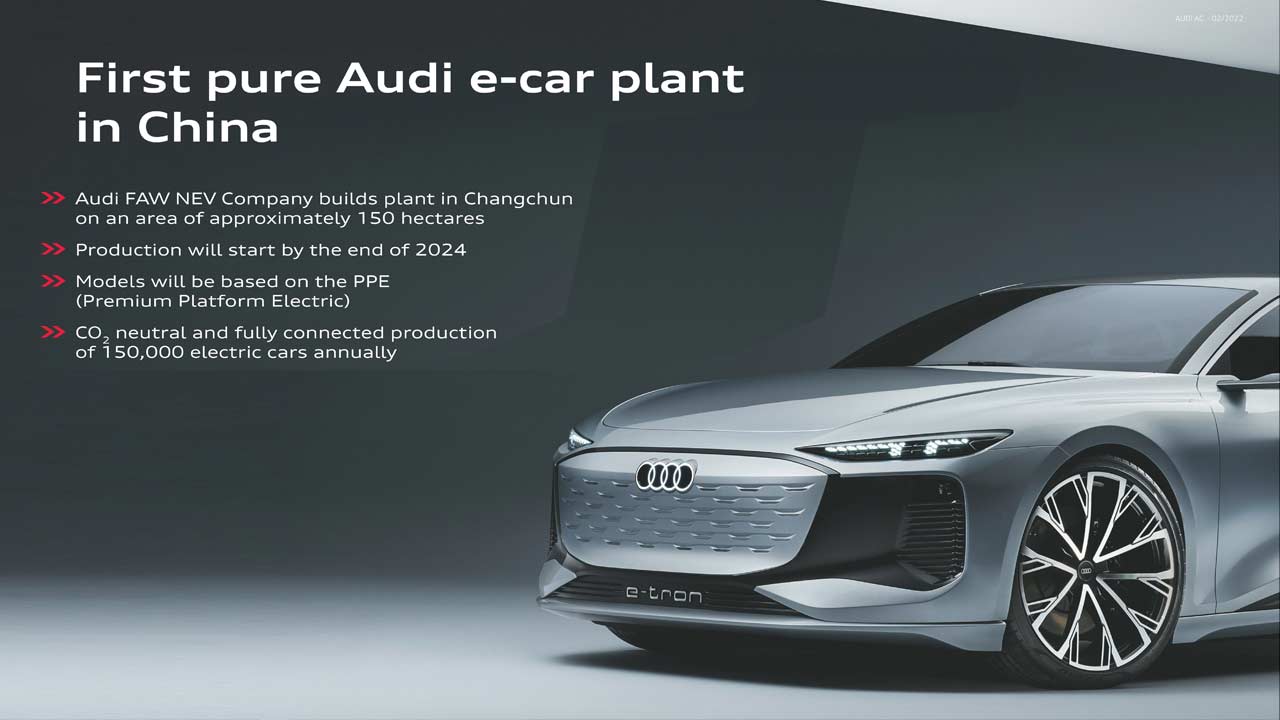 This is sort of the continuation of the story we read in January 2021 when Audi and FAW Group founded a new company in China to locally produce Premium Platform Electric (PPE)-based electric vehicles. Well, the update now is that the joint venture (Audi-FAW NEV Company Ltd.) is building a new dedicated plant for the same. The 370-acre (150 hectares) facility is coming up in Changchun and is expected to commence operations by the end of 2024. The plant will be CO2 neutral and will have an initial capacity of more than 150,000 electric cars annually.

Three PPE-based models are initially slated for production at the site; the PPE was co-developed with Porsche. Audi said that the first cars to roll off the line will be an SUV and a limousine; the latter appears to be the production version of the A6 e-tron concept that was revealed in April 2021.

A new IT architecture will be put into place to network all site processes. Production areas at the plant will include a press shop, a body shop, a paint shop, and a final assembly line in addition to an in-house battery assembly. The first buildings will be erected in Changchun when the frost period ends. Audi-FAW NEV CEO Helmut Stettner will also assume the responsibility of the new plant.