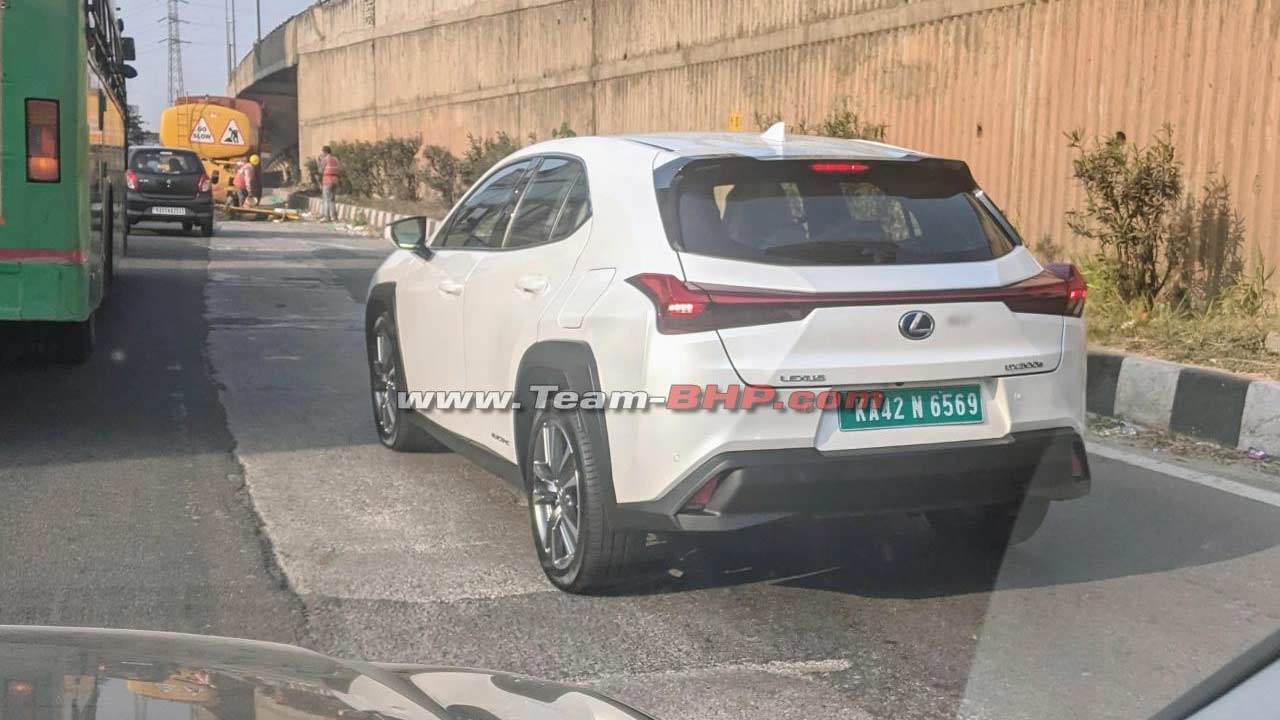 This is one of those moments when you are puzzled to see a car model that is not sold in India, and you’re trying to figure out if it’s a test vehicle or a private import. The all-electric Lexus UX 300e that was spotted near Hebbal in Bengaluru recently, appears to be the latter. In fact, the KA 42 license plate is a strong evidence that it was imported by none other than Toyota Kirloskar Motor (TKM), most likely to ferry its executives.

It is not uncommon for carmakers to import a model that is not sold in India to ferry its executives. Hyundai’s executives, for example, are seen using Genesis cars. It’s probably a similar story with the Lexus UX 300e since it is camo-free and has private registration plates.

The UX 300e made its global debut in fall 2019 as the luxury marque’s first-ever BEV. It is built around TNGA (GA-C) platform that also underpins models such as the C-HR and the Corolla Cross. The electric crossover doesn’t really have anything impressive to boast—when it comes to performance, of course; it only offers 204 metric hp and 300 Nm (221 lb-ft) and has a relatively small 54.3 kWh lithium-ion battery pack that is good for a range of up to 315 km (196 mi). The battery pack can be DC fast-charged at a maximum of only 50 kW.

Prices start from £41,745 (INR 42,64,432) in the UK, which I guess would be acceptable if launched in India with more or less the same price, but knowing TKM’s pricing practices, the Lexus UX 300e will be lost finding buyers if launched with TKM prices.