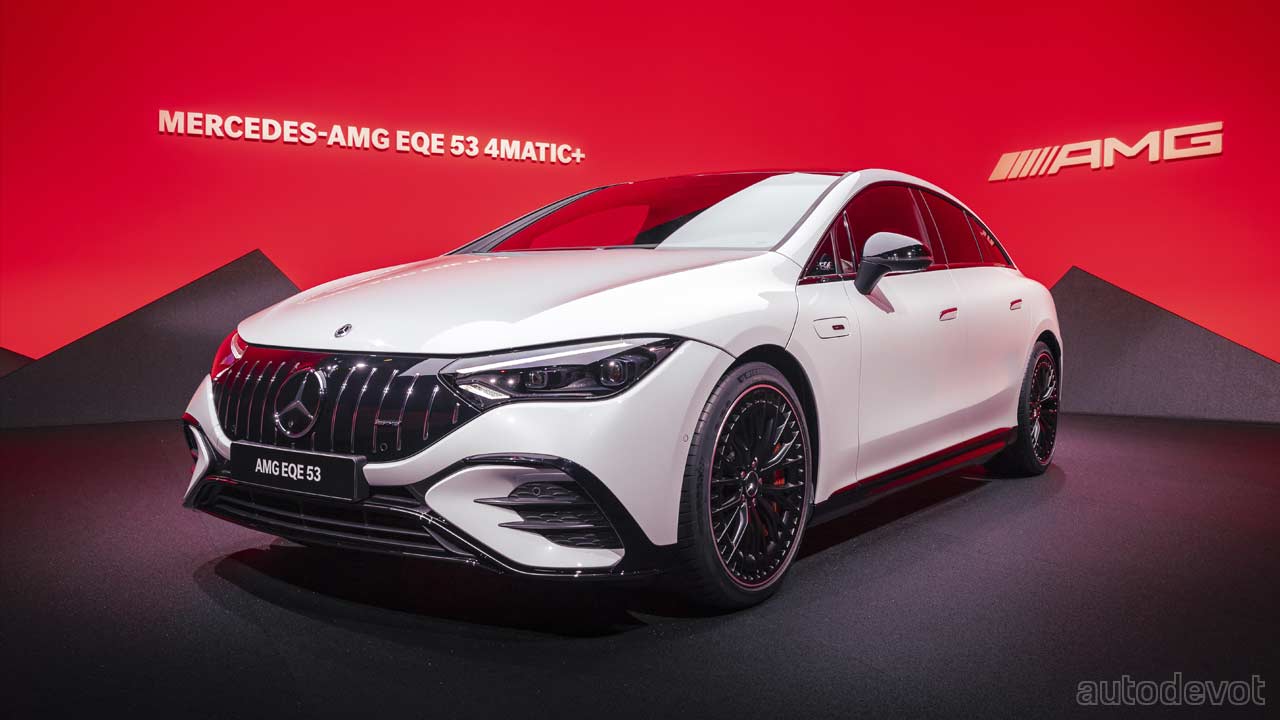 That’s right! We’ll talk about that available horsepower I mentioned in the title in just a minute or two, but yea, the Mercedes-AMG EQE is the second all-electric AMG following the AMG EQS that debuted in September 2021. And unlike the AMG EQS which comes only in a single EQS 53 4Matic+ flavor currently, the AMG EQE offers two flavors: EQE 43 4Matic and EQE 53 4Matic+. A 63 variant might join both the EQS and EQE lineup at a later date, but those are different stories. 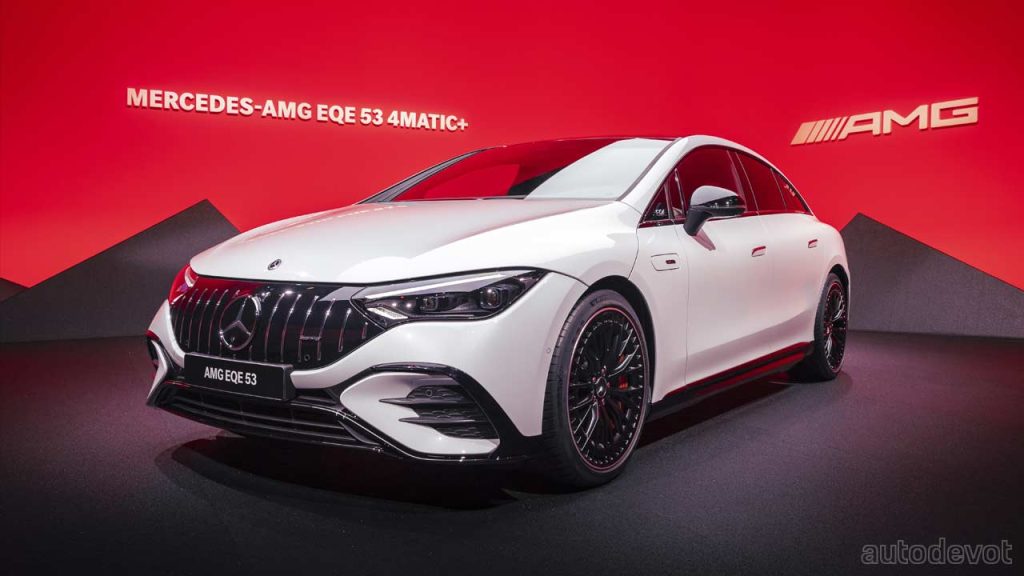 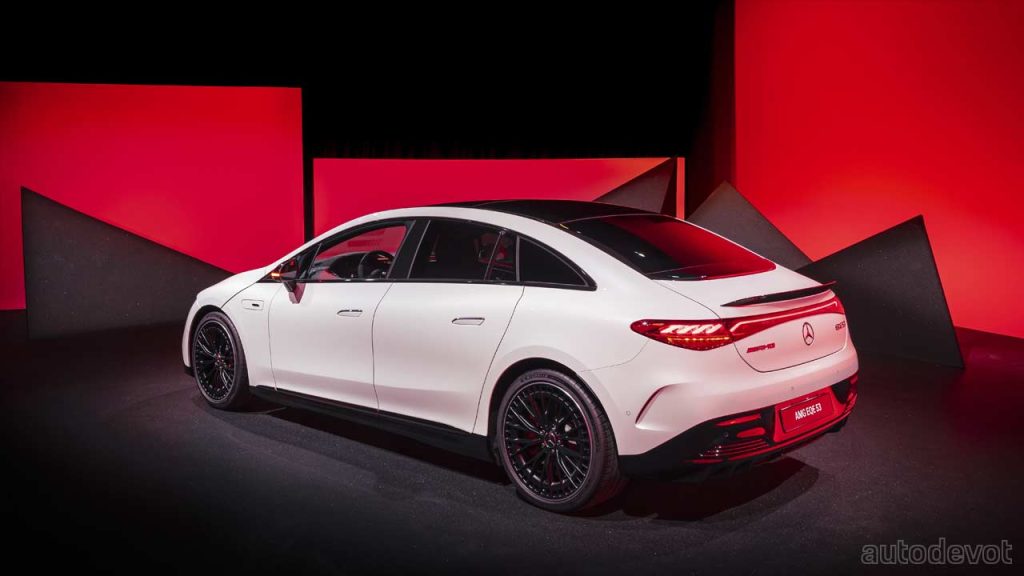 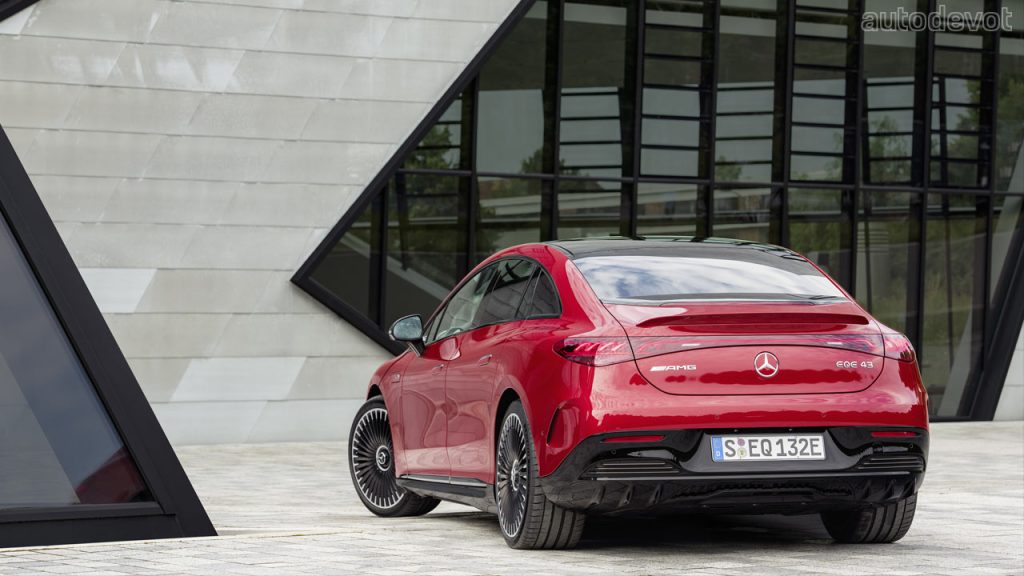 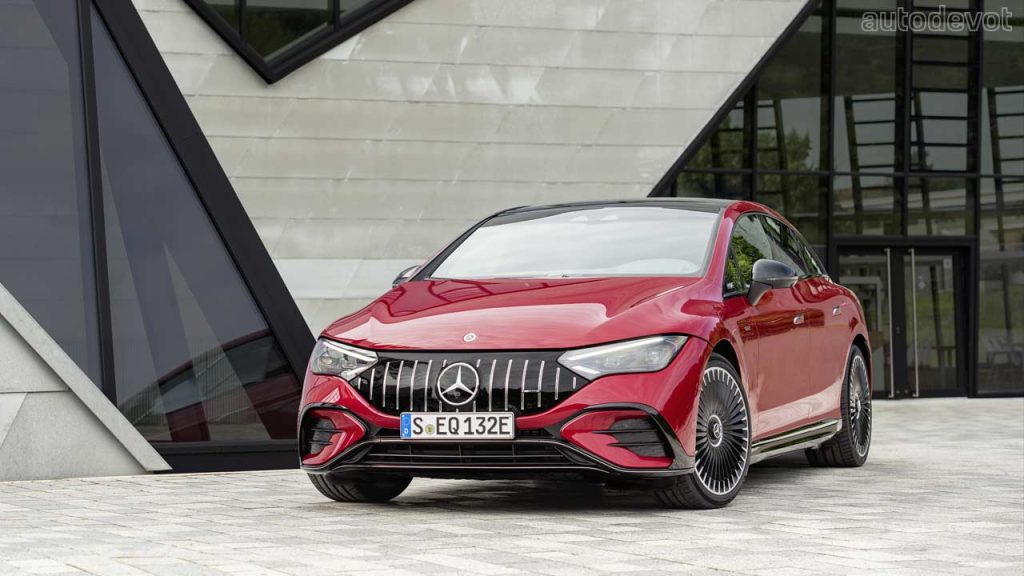 Visually, it’s the same tried and tested formula here; you mainly have the Panamericana-style grille to distinguish the regular model from the AMG variant, and you also have some additional gloss black elements. Standard features include Digital Light headlights, rear-axle steering, AMG Ride Control+ suspension (air suspension system with adaptive dampers), and AMG high-performance brake system with discs measuring 415 x 33 mm at the front and 378 x 22 mm at the rear. The front discs are gripped by 6-piston calipers. With the optional 21-inch wheels, buyers can go for the optional ceramic brake system as well, which adds larger 440 x 40 mm discs at the front. 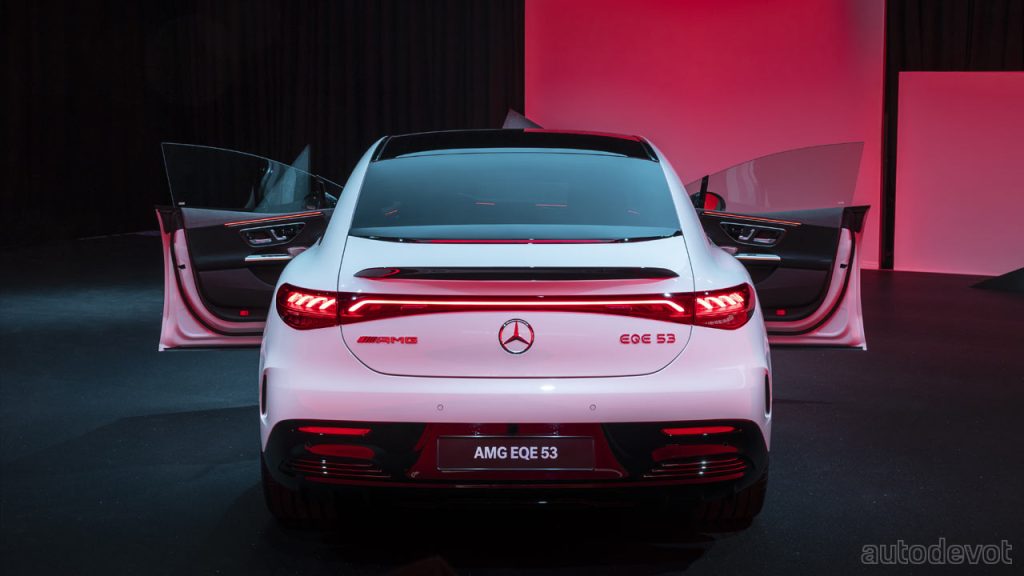 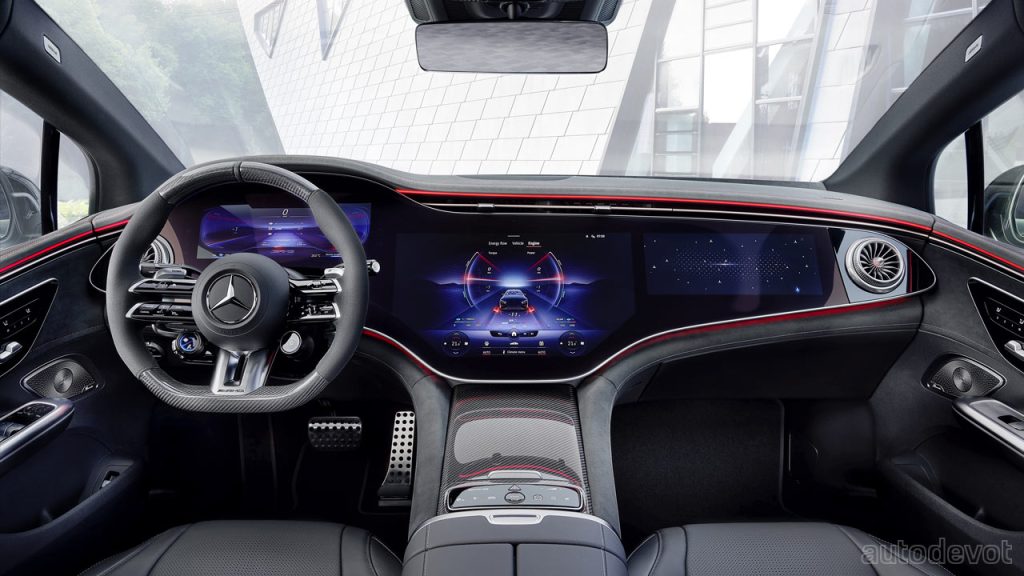 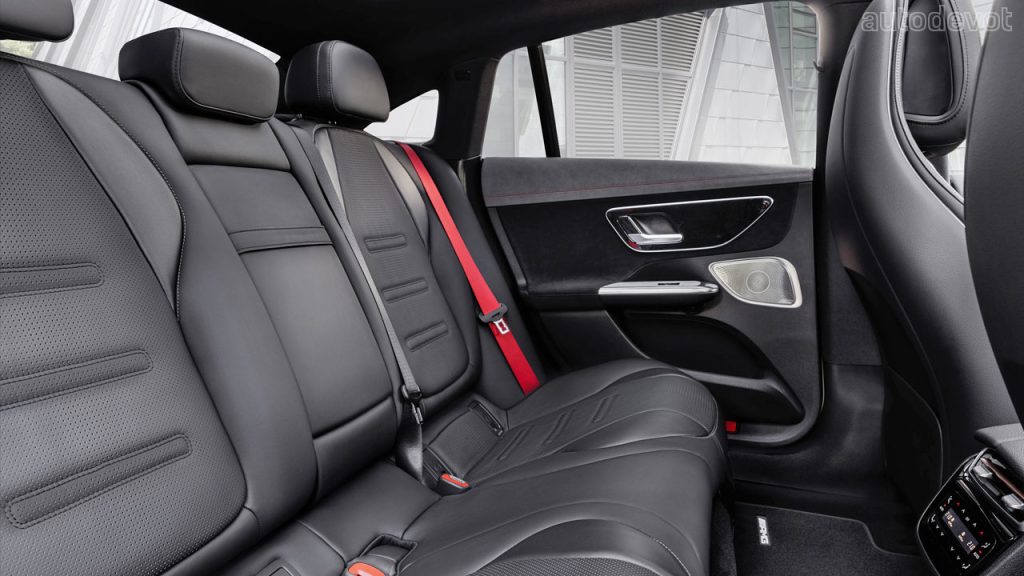 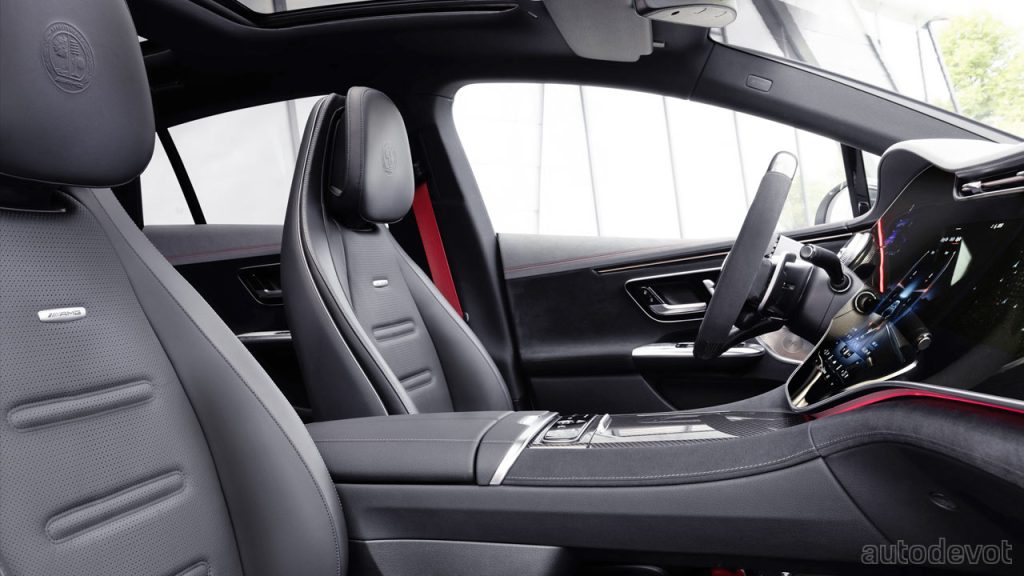 Inside, again, it’s a déjà vu; the dashboard almost looks identical to that of the AMG EQS with the optional MBUX Hyperscreen that comprises three displays. The only difference I guess is the Hyperscreen comes standard in the EQS, but here you’ve to pay extra. But hey, like me if you too don’t like touchscreens in a car, you can choose not to go Hyper. But anyway, other key features include AMG Performance flat-bottom steering wheel in Nappa leather, AMG sports pedals, and AMG seats wrapped in Artico man-made leather. A head-up display is optional. And just like the EQS, the EQE also generates artificial sounds that can vary depending on the selected drive mode or vehicle speed. 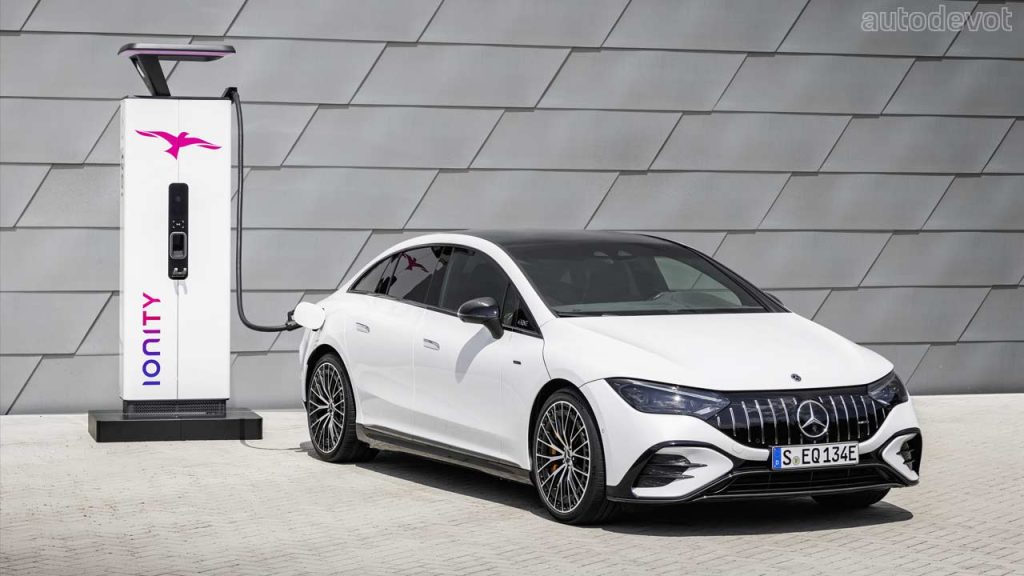 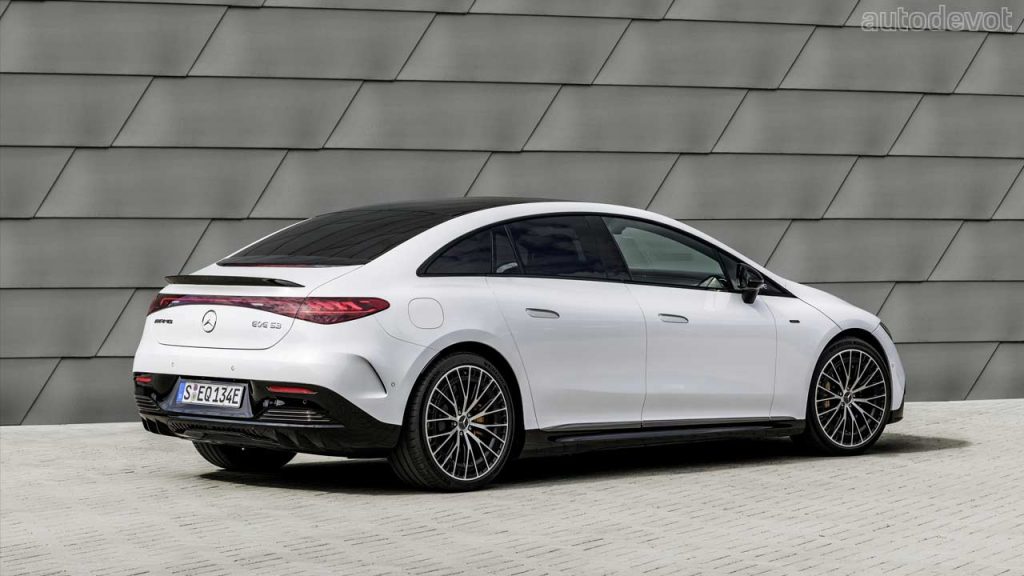 In fact, Mercedes claims that the EQE 53 4Matic+ uses model-specific electric motors with adapted windings and laminations, higher currents, and a specific inverter. In case you’re wondering, the “+” in this model simply represents the additional performance and “dynamicism” the model offers over the 43.