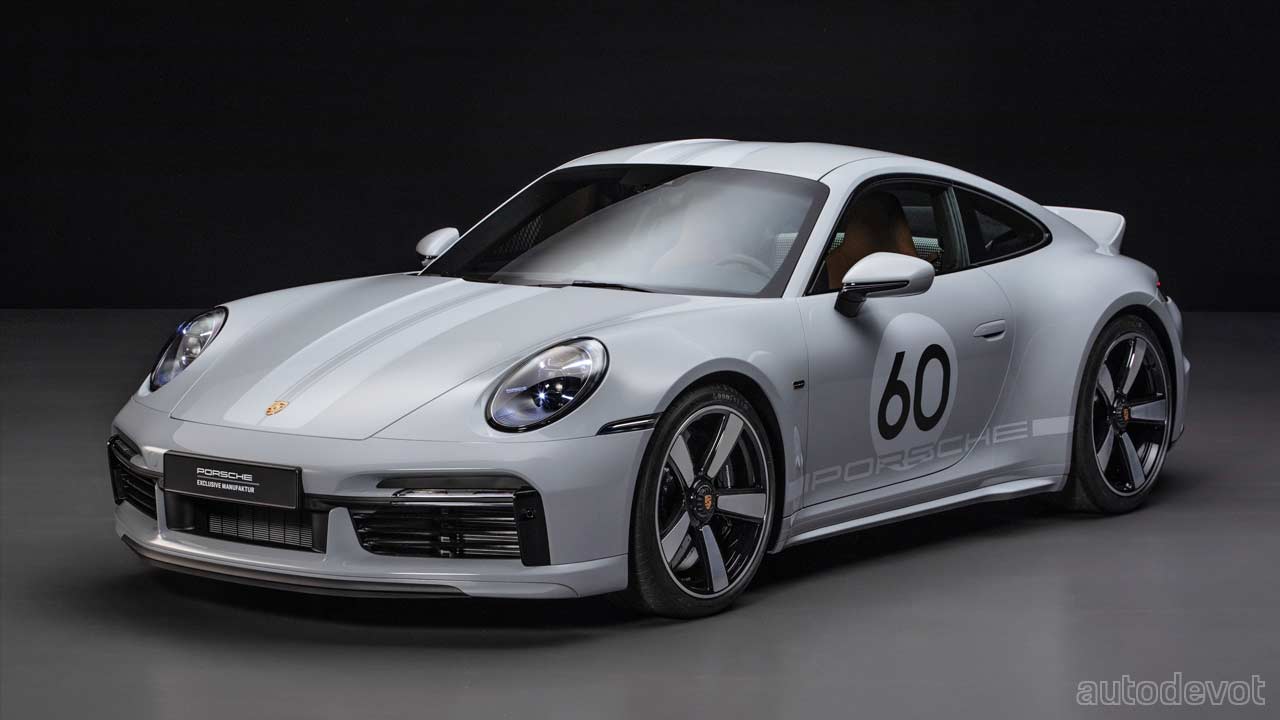 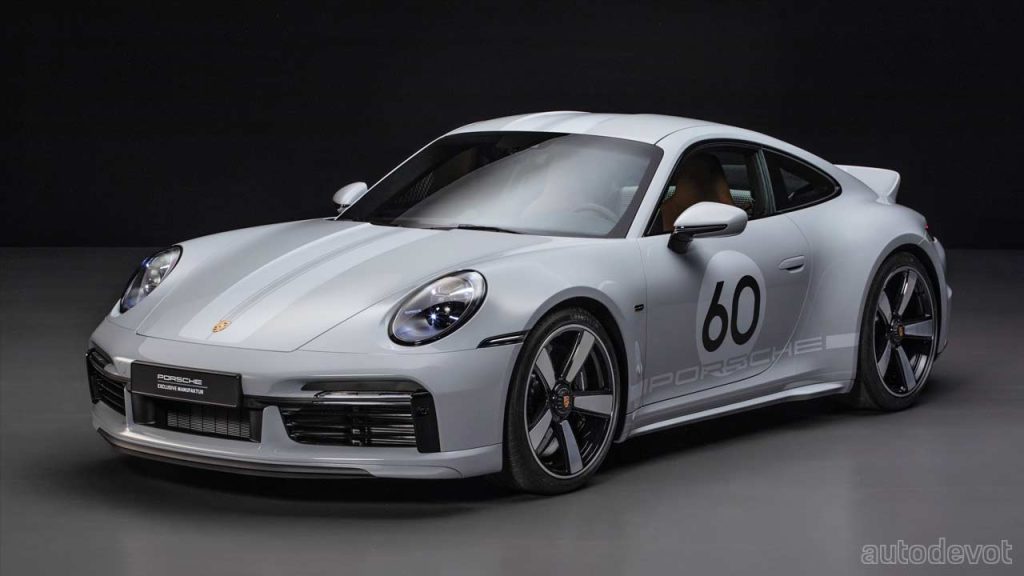 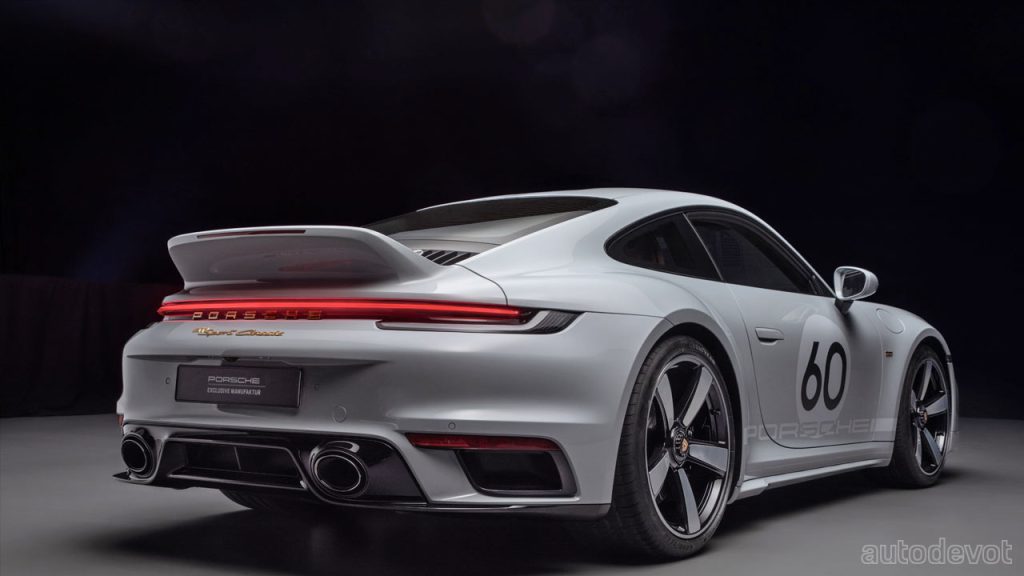 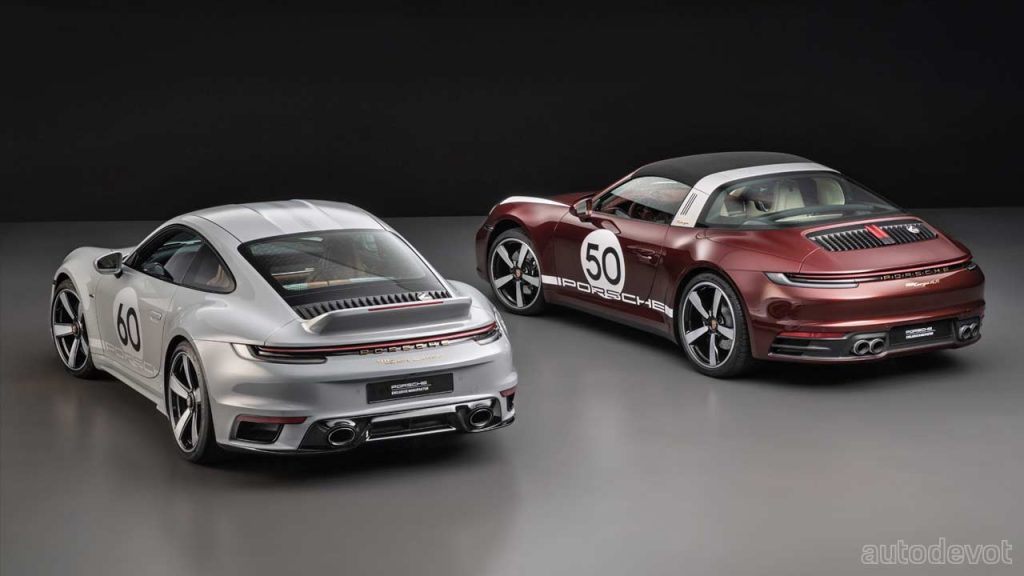 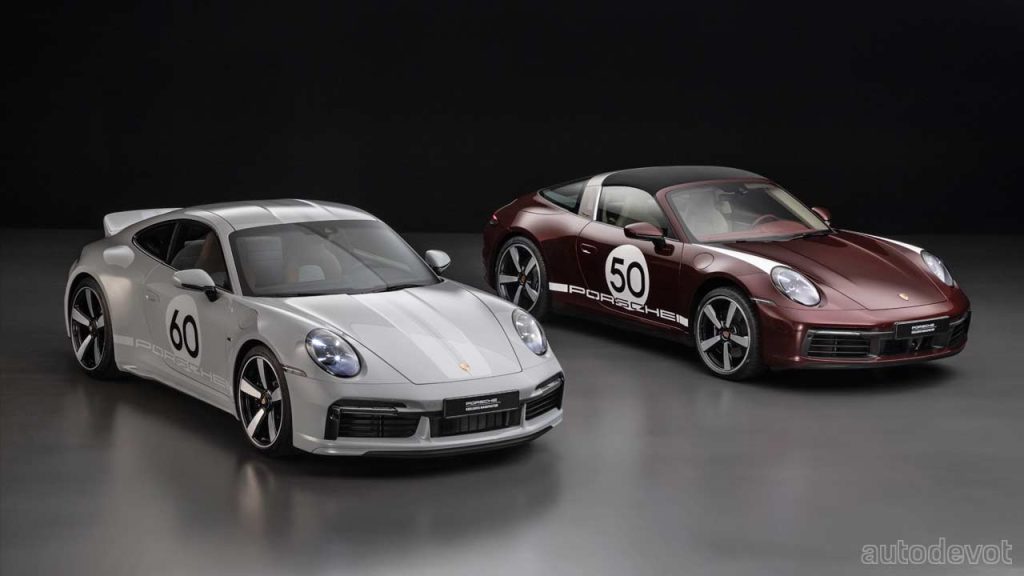 Like its aforementioned immediate predecessor, the 911 Sport Classic borrows styling cues from the original 911 (1964-1973) and the 1972  911 Carrera RS 2.7. These would include a fixed “ducktail” spoiler and a double-bubble roof. I guess the number 60 on the doors represents ’60s styling. And, while the example in the photos here is painted in Porsche 356-inspired Fashion Grey with light Sports Grey stripes, buyers can also go for solid Black, Agate Grey Metallic, Gentian Blue, or even Paint to Sample (without contrasting twin stripes). 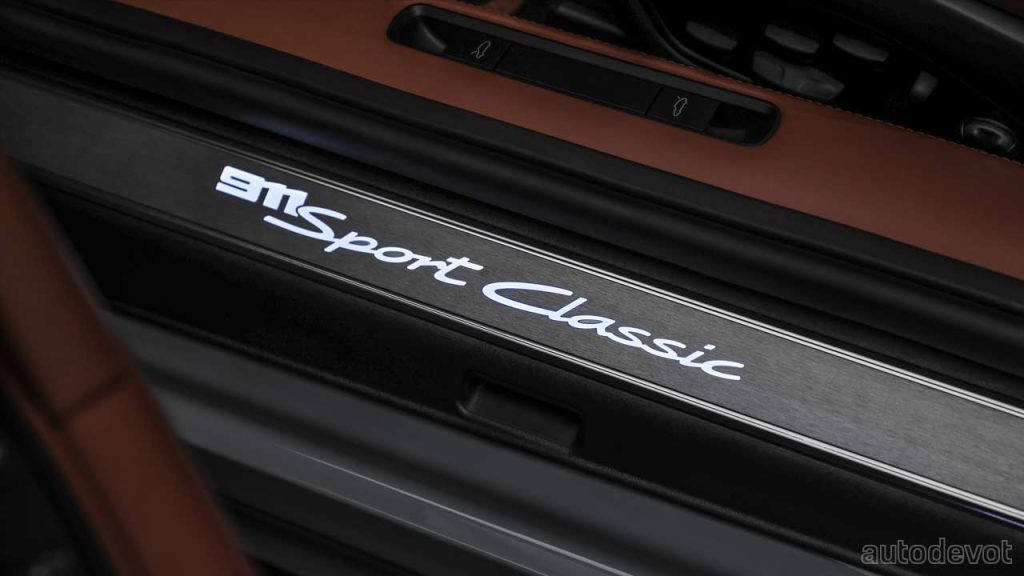 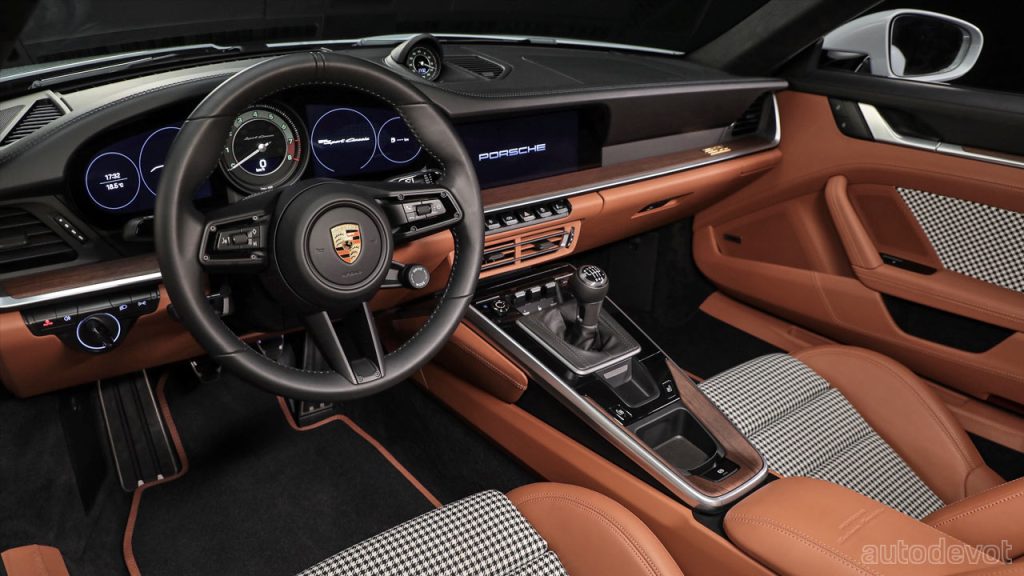 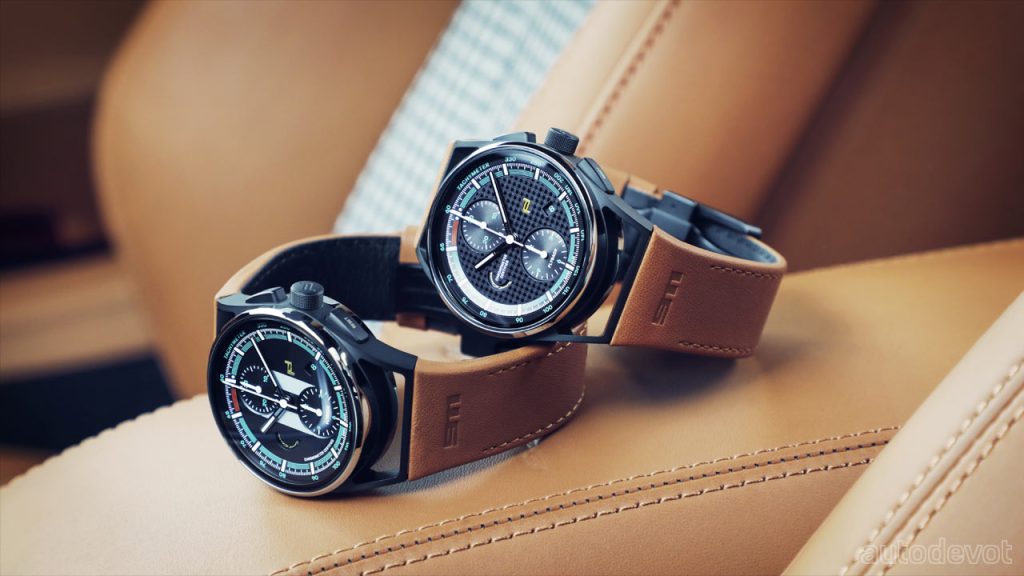 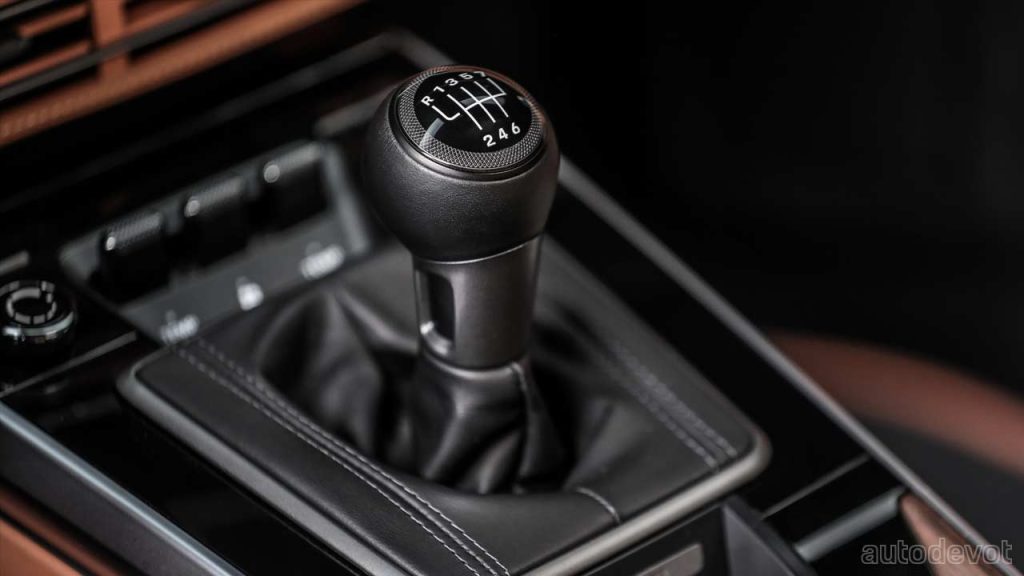 The cockpit features a black-cognac two-tone leather theme, complemented with a Pepita pattern on the door panels and seat centres. A Porsche Design 911 Sport Classic Chronograph is also exclusively available for the buyers of this collector’s car. 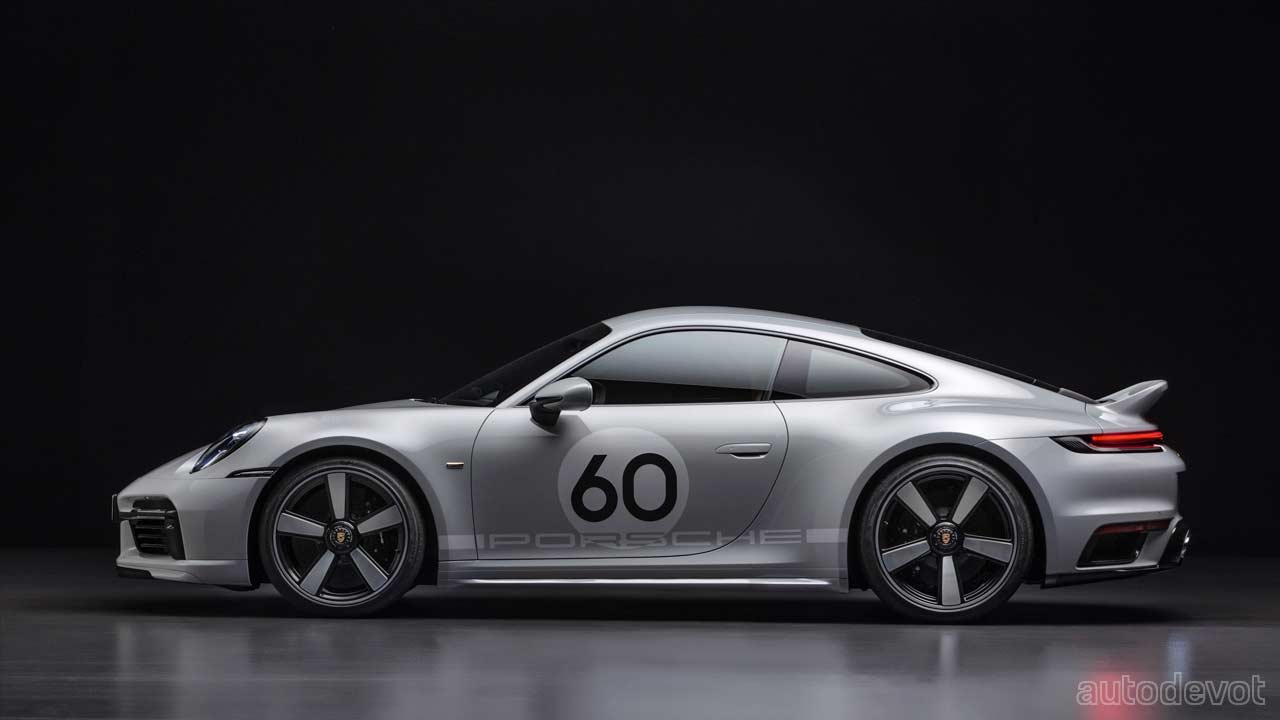 The gearbox has an auto-blip function that compensates for engine-speed differences between the gears with a brief burst of revs when shifting down. Porsche also said that the standard sports exhaust system is specially tailored to the model “for an even more emotive sound experience”. Porsche Active Suspension Management (PASM) with a 10 mm lowered ride height comes standard.