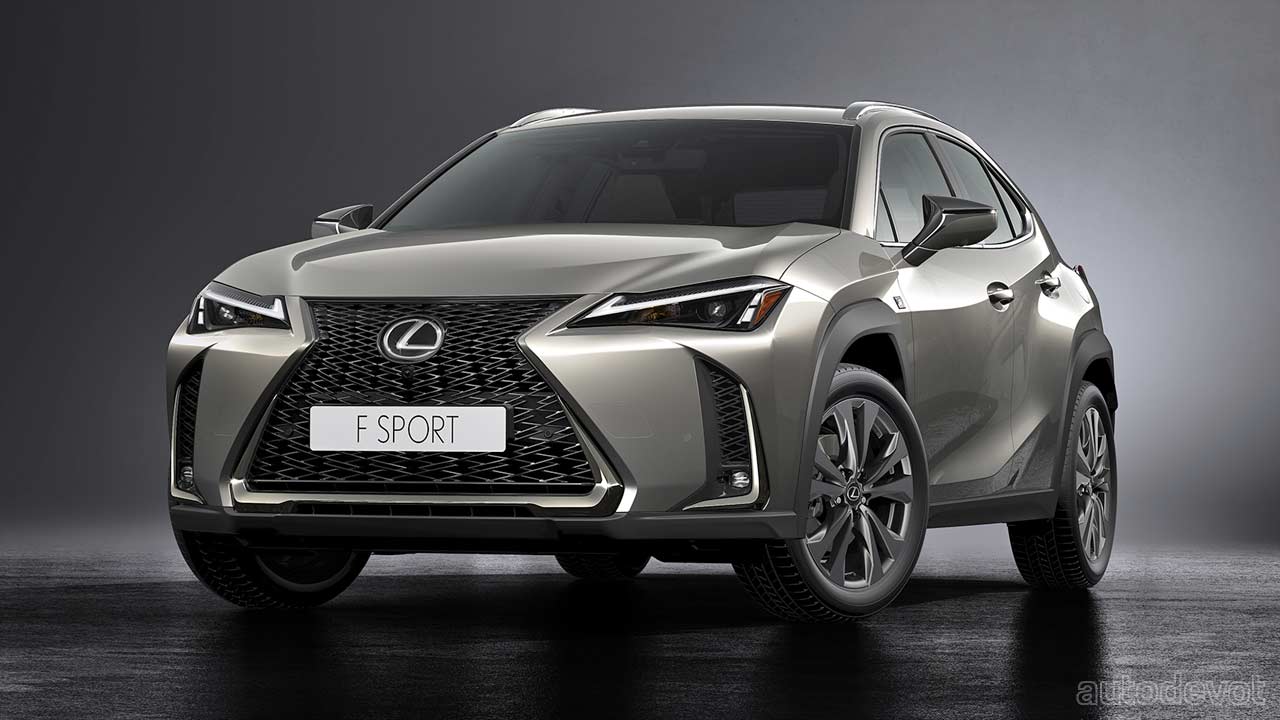 Lexus has updated the UX subcompact crossover for 2023 with enhanced safety and upgraded onboard tech. Prices are yet to be announced but the new UX is scheduled to go on sale in the U.S. market in summer 2022. In the meantime, let’s take a brief look at what’s on offer. 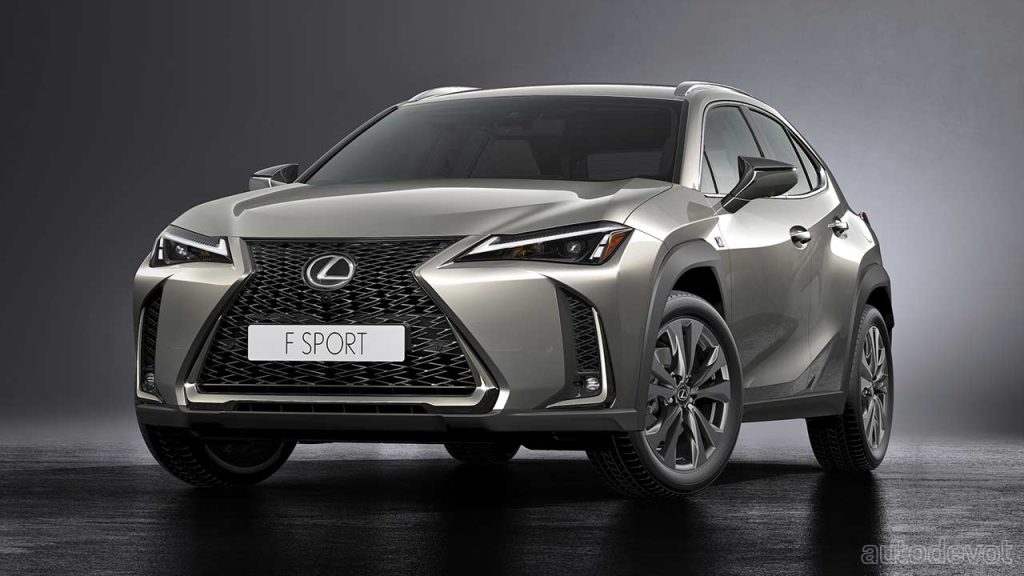 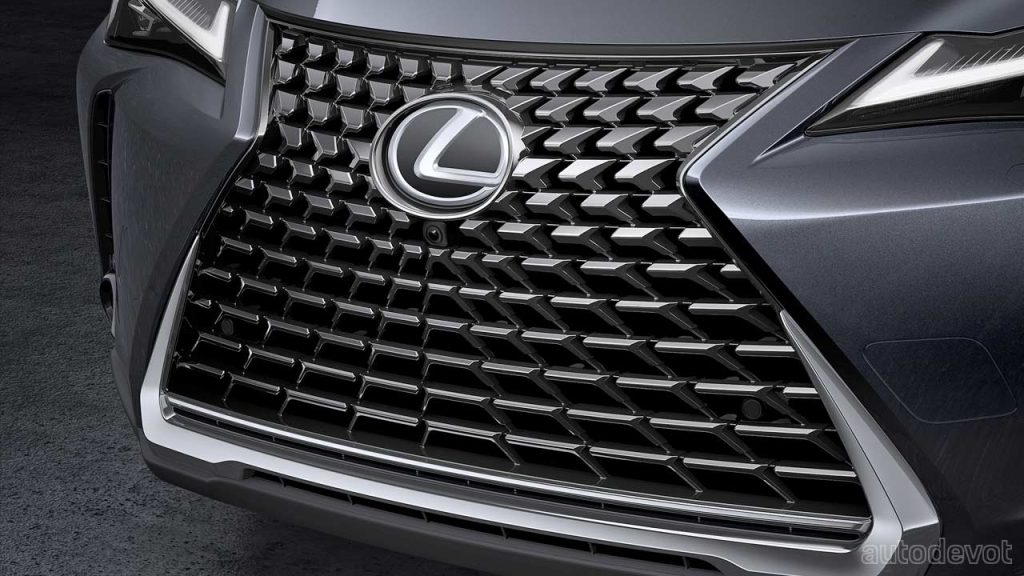 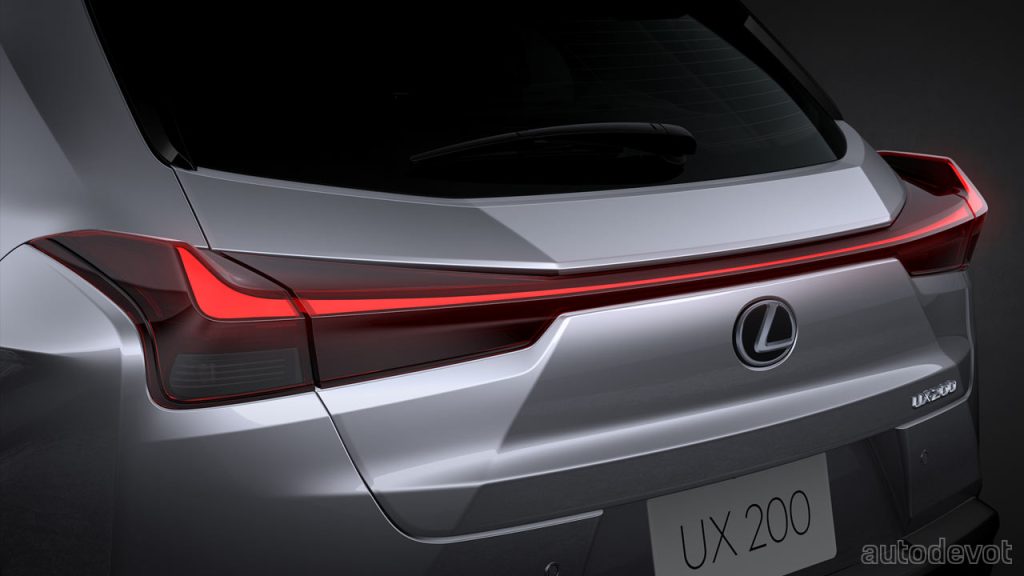 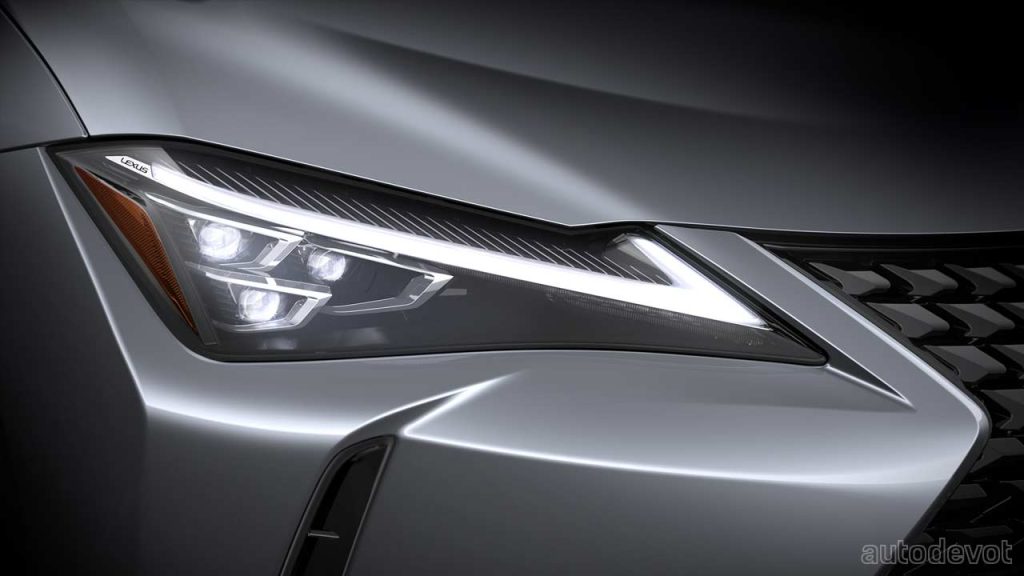 Speaking of which, visually you’re not gonna find any difference whatsoever; the crossover looks exactly the same as it looked over 4 years ago. The F Sport model continues to sport a sporty mesh grille pattern. However, Lexus claims that the structural rigidity has been enhanced by adding a total of 20 spot welding points to the body openings around the side and back doors. In addition, the EPS and shock absorbers have been re-tuned at the Toyota Technical Center Shimoyama. The aim according to Lexus, was to achieve a predictable, linear response faithful to the driver’s intentions. The 2023 Lexus UX also boasts newly developed 18-inch run-flat tires that are claimed to offer a quieter cabin.

The F Sport model gets Performance Dampers (from Yamaha) and AVS (Adaptive Variable Suspension) as standard. The rear performance dampers are said to quickly absorb body flex and minor vibrations to further sharpen handling and improve overall ride comfort and quietness. Steering response is further improved by adding a brace to the steering gear. 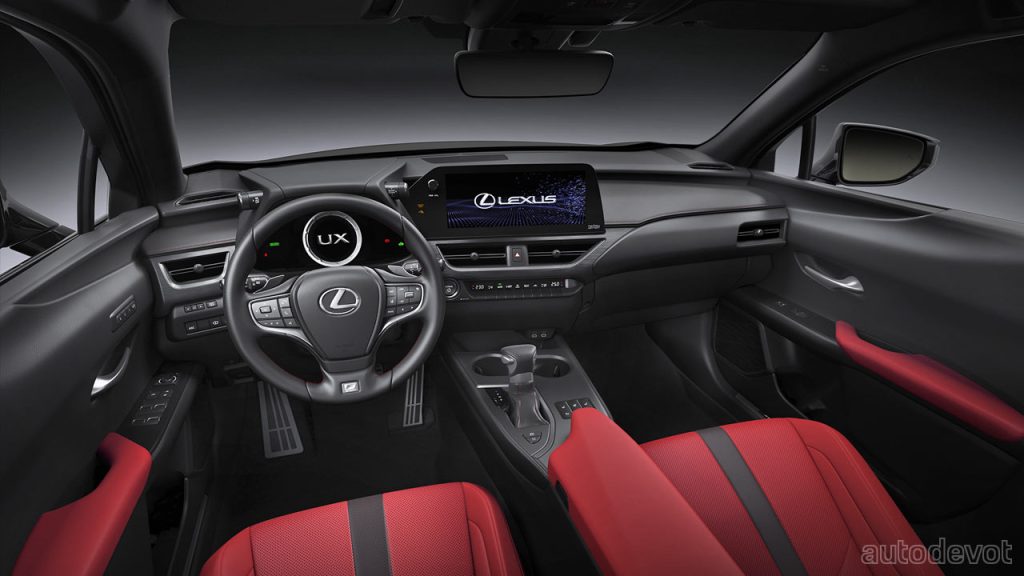 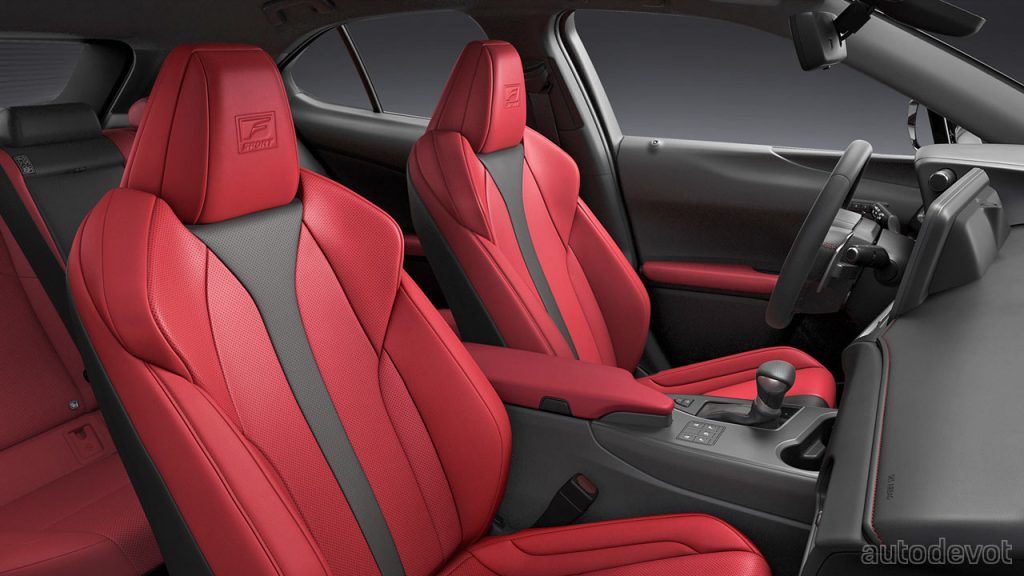 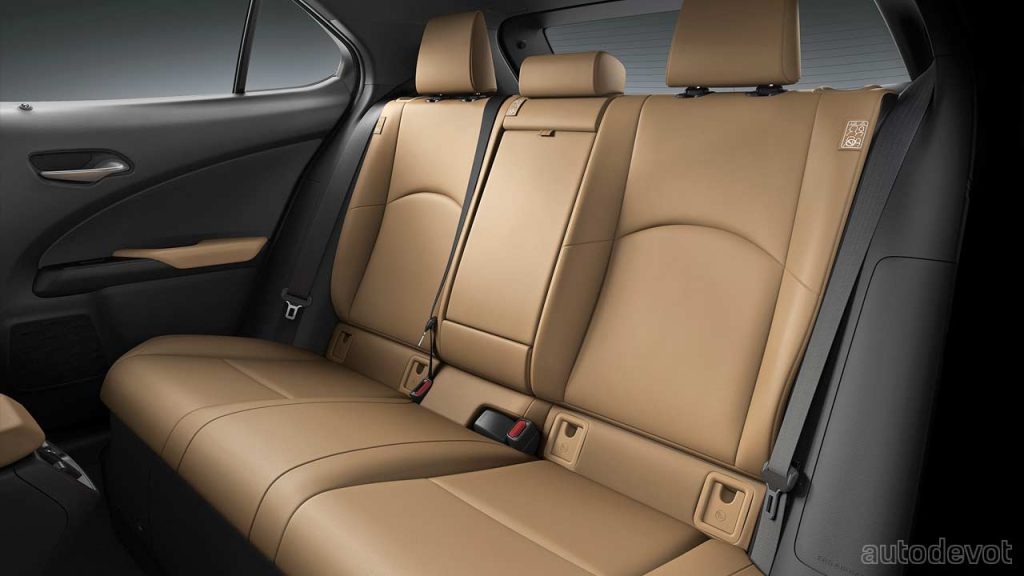 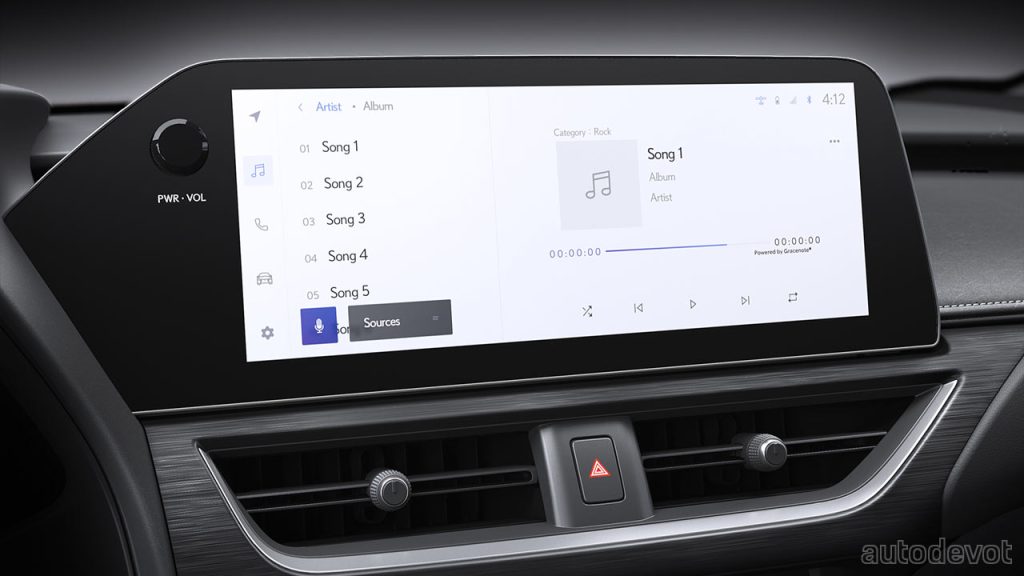 Inside, you can either have a large 12.3-inch central touchscreen or settle for an 8-inch one. As for improvements, two new Type-C USB chargers have been added at the front; seat heater switches previously mounted in the centre of the dashboard have been moved on top of the console, and LED lighting has been added at the top. 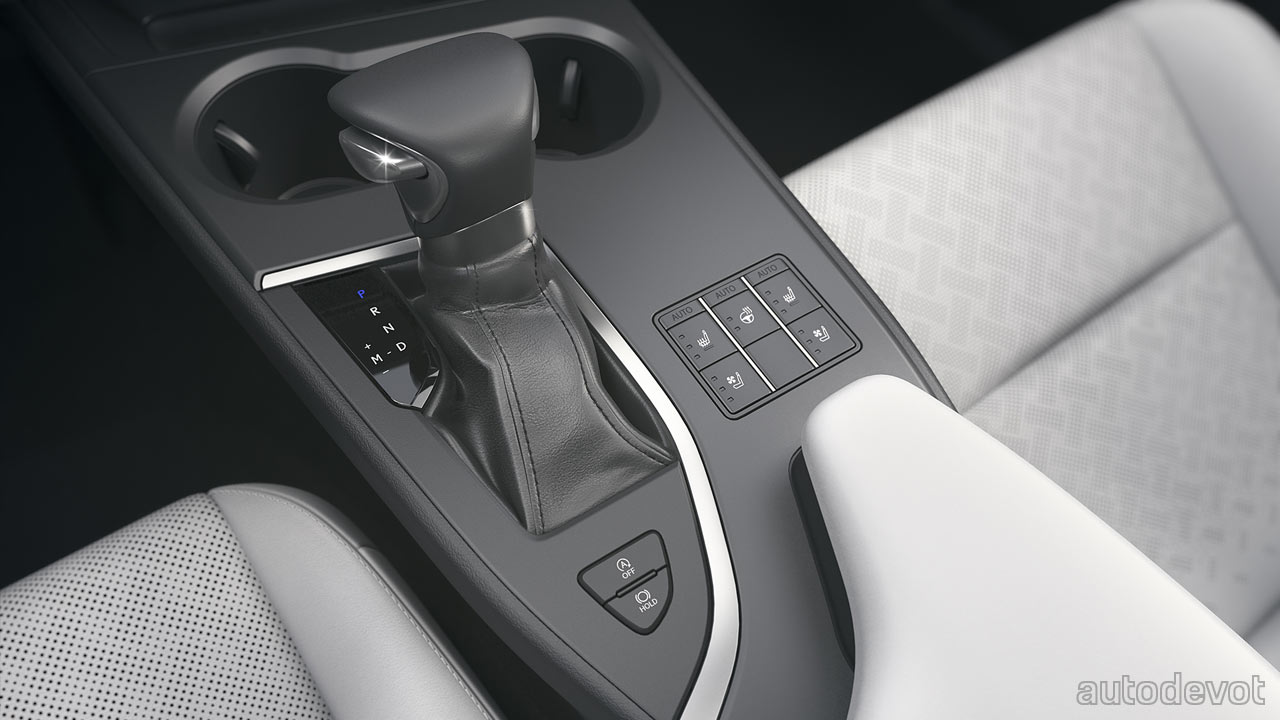