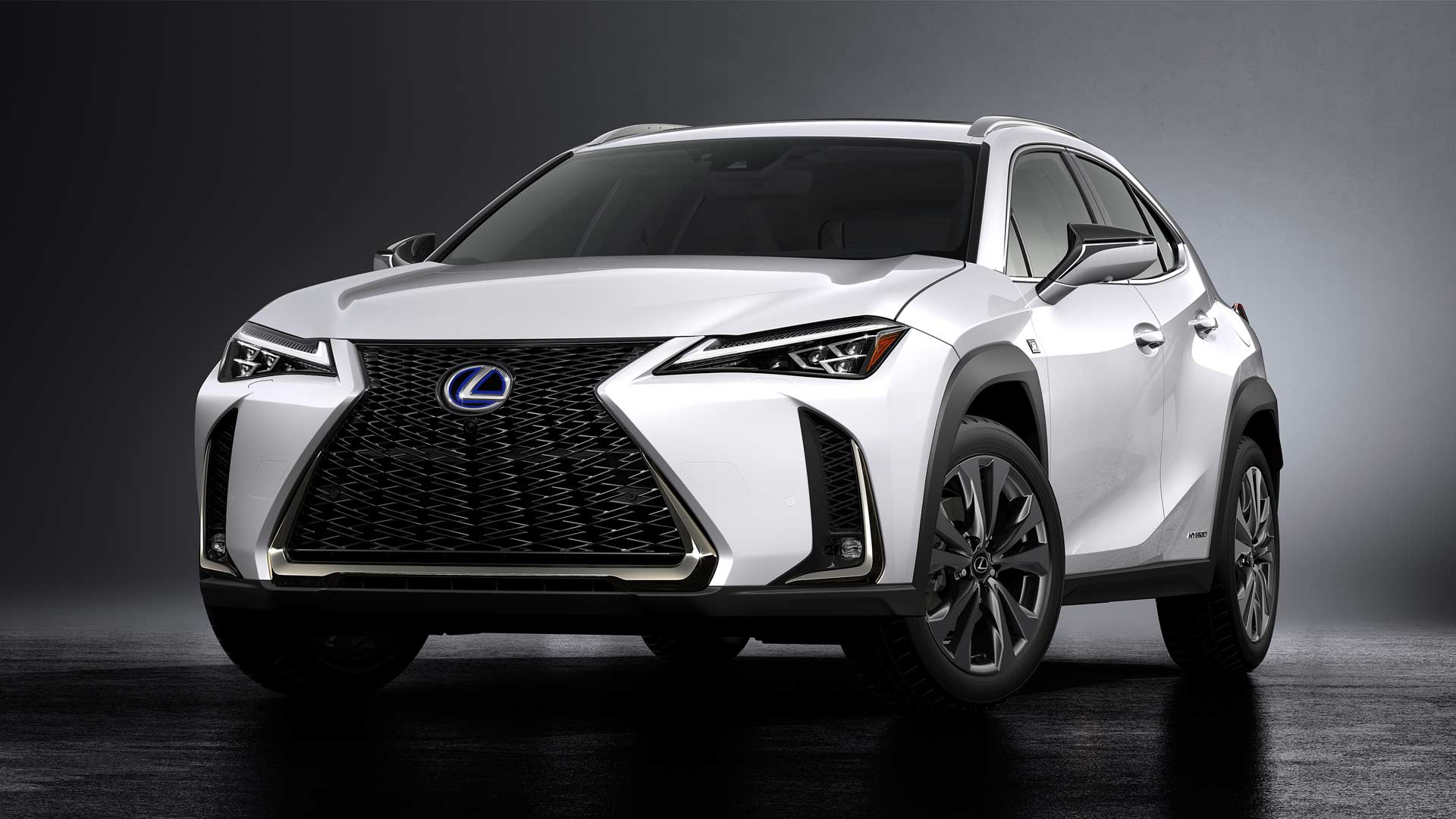 Lexus has entered the ever-growing compact crossover segment with the new UX. The Japanese luxury brand’s first ever “Urban Explorer” made its debut at the 2018 Geneva Motor Show.

According to the Chief Engineer Chika Kako (51, F), the target customer of the UX are people in the mid-30s, millennials, men and women.

As for the design, the UX adopts the Lexus’ controversial design language (which i personally like) with lots of L-shaped elements and a large spindle grille. The rear-end is a bit different compared to the other Lexus models. The right and left tail lamp units are connected by a continuous, single line of light which are formed by a sequence of 120 LEDs. This line tapers gently towards the centre, measuring just 3 mm thick at its narrowest point. 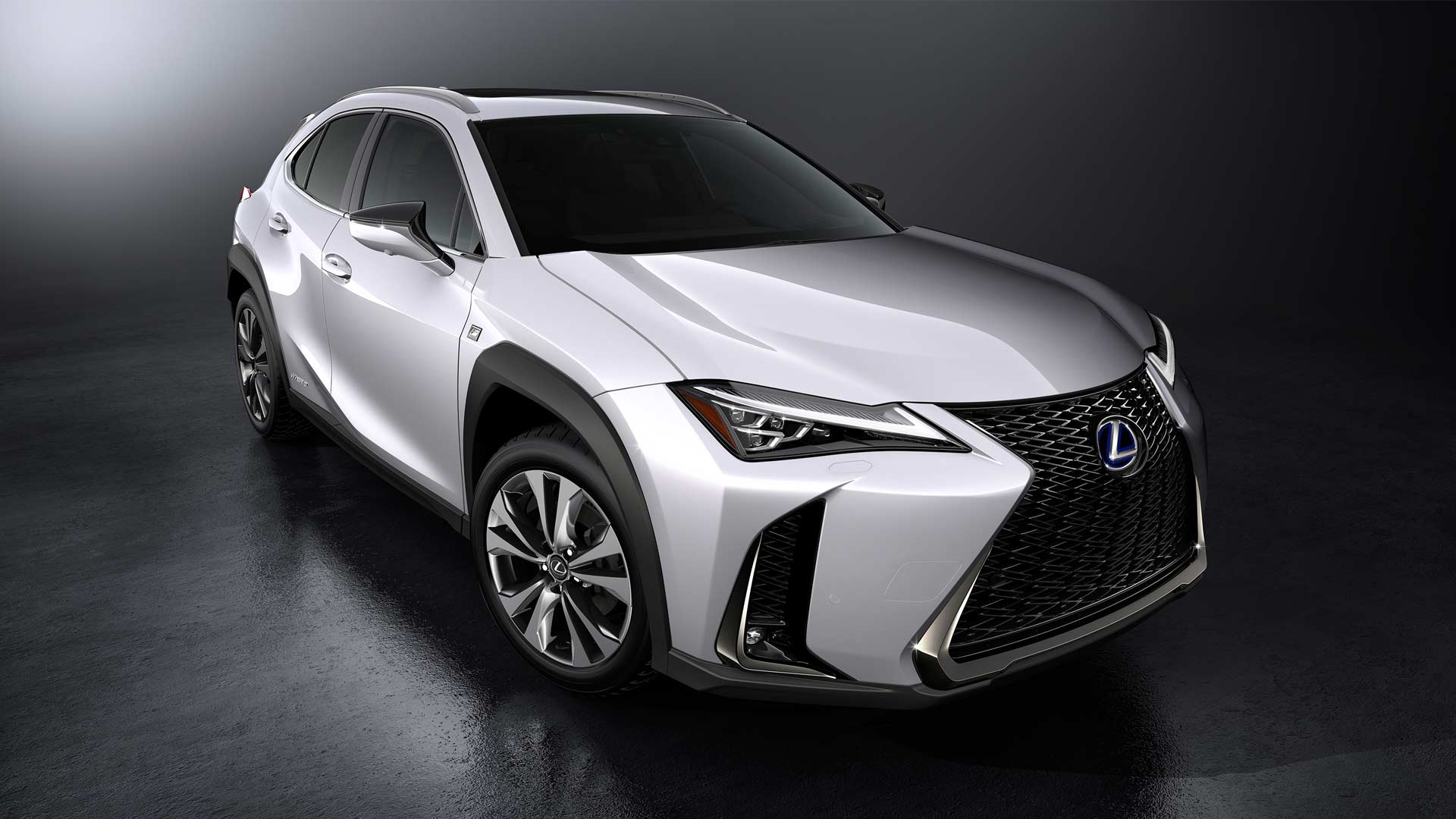 Four new aluminium wheel designs have been produced for the UX, with 17 and 18-inch diameters. The five-spoke 17-inch wheels are claimed to have a world-first aerodynamic design that helps both keep the brakes cool and reduce wind resistance. The interiors are pretty familiar to the modern Lexuses, and we’re looking at the F-Sport variant. The cabin follows “seat-in-control” concept, basically, a driver-focused design that puts all the principal vehicle functions around the driver’s side of the cabin.

The leather upholstery available is inspired by sashiko, a traditional Japanese quilting technique that is also used in the making of judo and kendo martial arts uniforms. The quilted leather is decorated with new perforation patterns that form mathematical curves and gradations in perfect alignment. 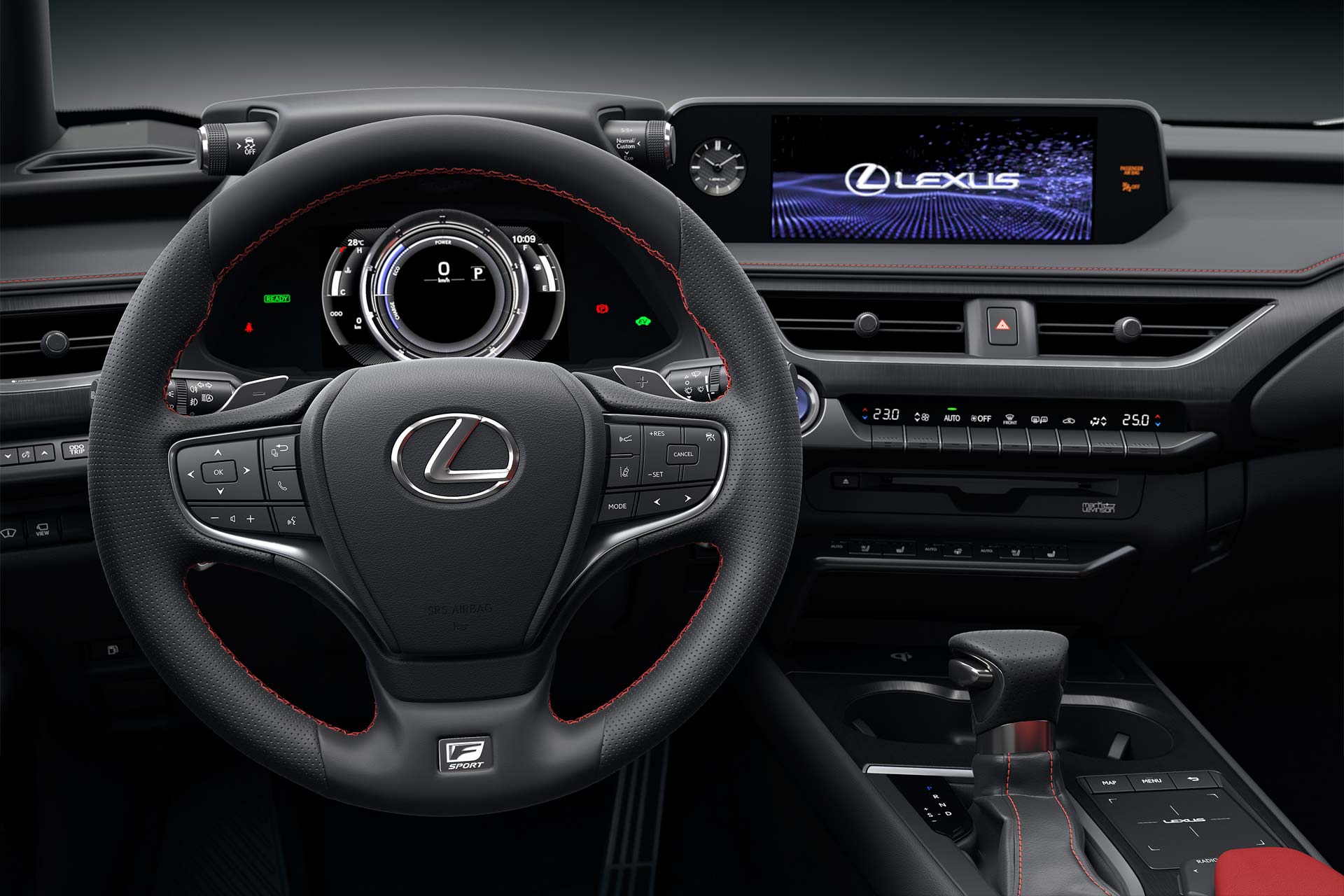 The air vents have a new single-knob control for airflow direction and volume, illuminated using a new wireless system. By combining the two functions in a single control, the vents could be made larger, improving performance, Lexus said. Each control has an LED light source that is powered wirelessly, using electromagnetic resonance between two coils vibrating at the same frequency.

The new 2.0L petrol engine is claimed to have a maximum thermal efficiency of around 40%―a best-in-class level for a passenger vehicle.

Transmission is a Lexus-first Direct Shift-CVT which has additional gears to achieve acceleration at start-up like a manual transmission.

The UX 250h is a hybrid model, combining a 2.0L petrol engine with an electric motor and continuously variable transmission (CVT). It will be available both with front-wheel drive and Lexus’ E-Four. The E-Four system gives the UX 250h all-wheel drive capability by placing an additional electric motor on the rear axle. Power distribution between the front and rear axles is automatically optimized when accelerating, cornering, or driving on slippery surfaces. When a loss of rear-wheel grip is detected, the amount of power that can be directed to the rear of the car has been increased from 60 to around 80 percent, at speeds up to 70 km/h.

The engine and electric motor combined produces a maximum of 131 kW or about 178 hp. The battery is a nickel metal-hydride (NiMH) with a capacity of 6.5 Ah, packing 180 cells.

Also, the UX 250h is equipped with Predictive Efficient Drive, a Lexus-first system that analyses the driver’s driving habits and the expected road and traffic conditions to optimize charging and discharging of the battery. The more the car is driven, the more data is gathered, contributing to efficient fuel consumption. Additionally, this feature can be disabled if desired.

Adaptive Variable Suspension is available for the F Sport, and its functionality is linked to the Sport S+ mode in the car’s Drive Mode Select. 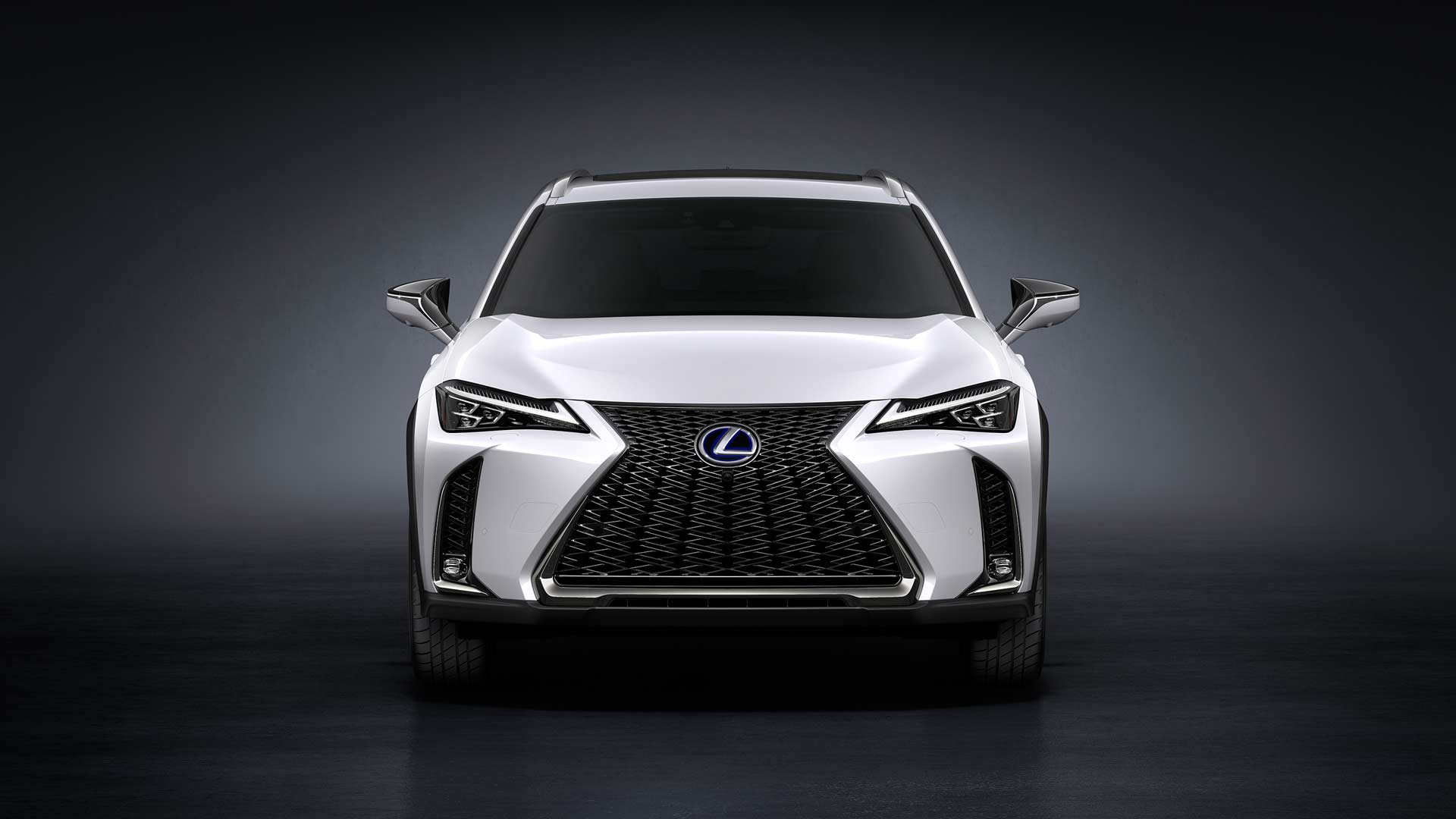 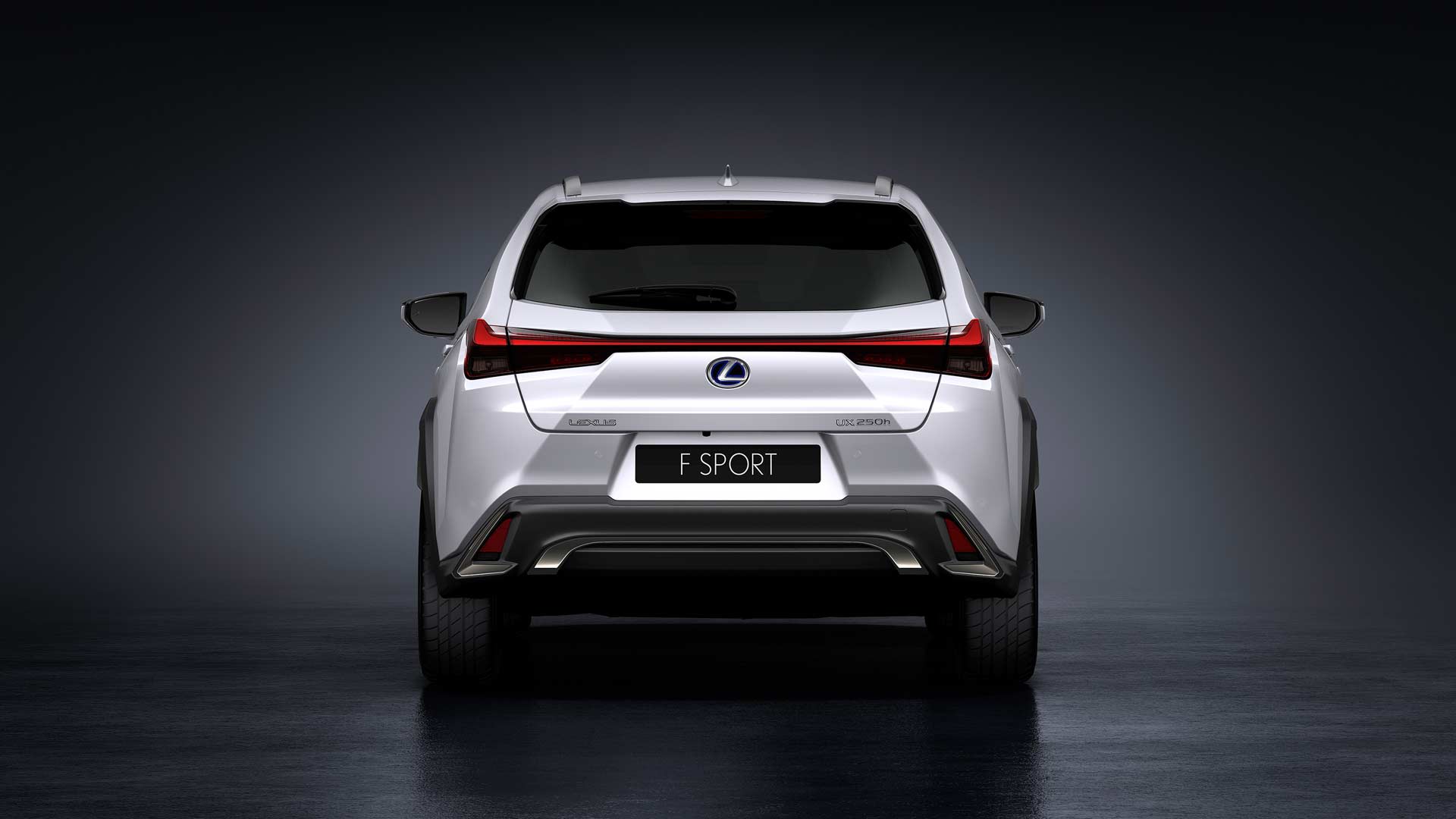 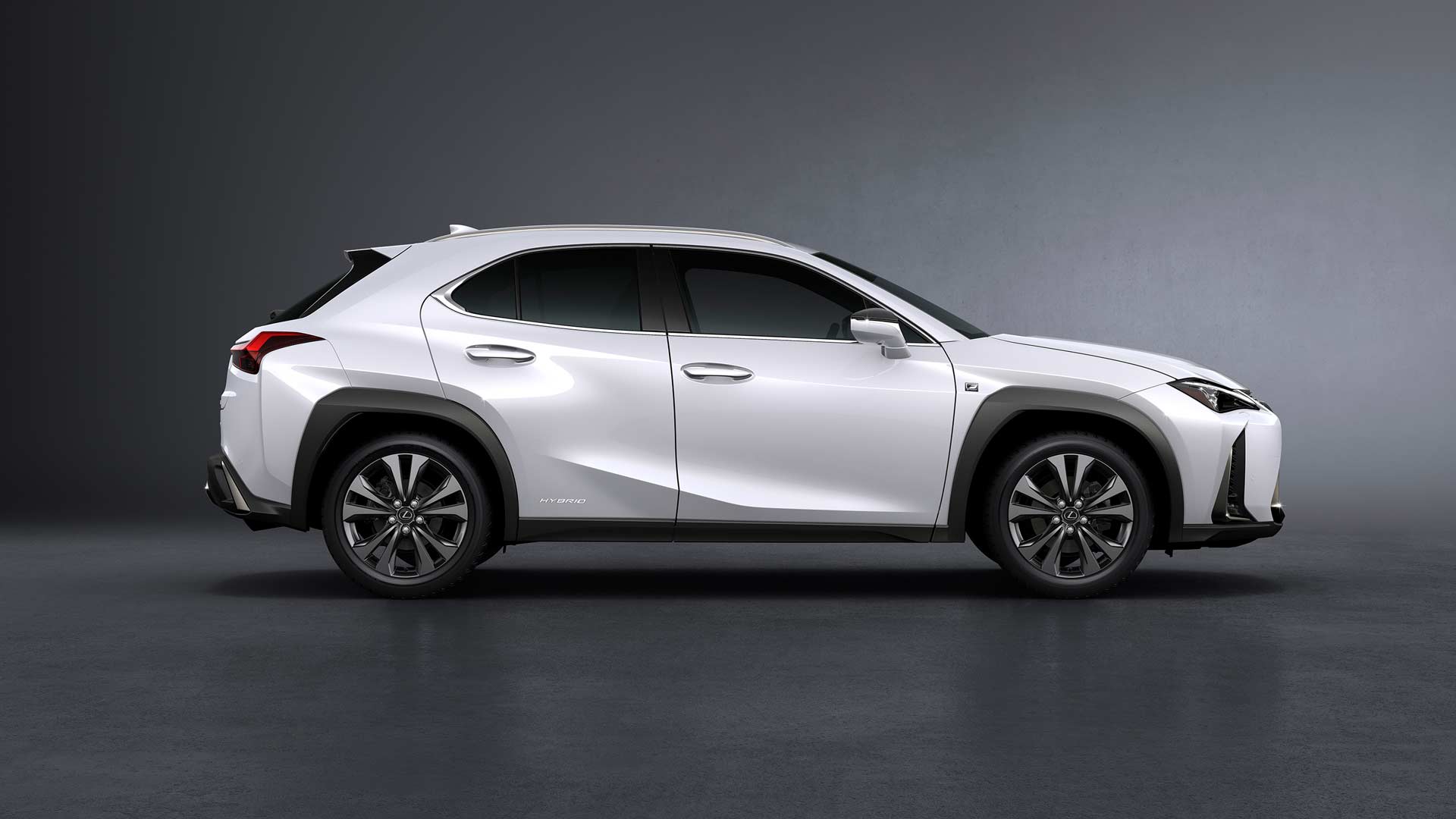 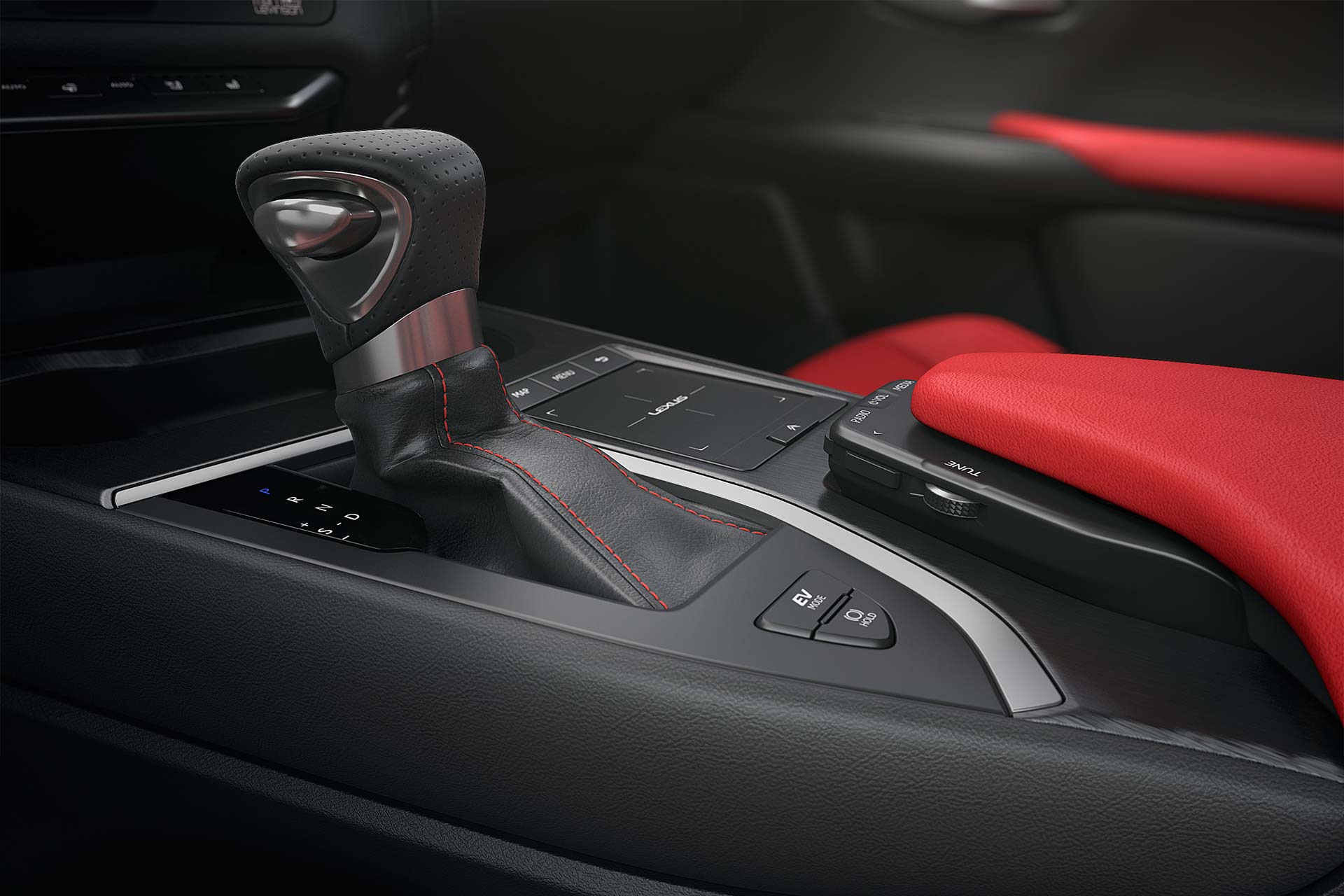 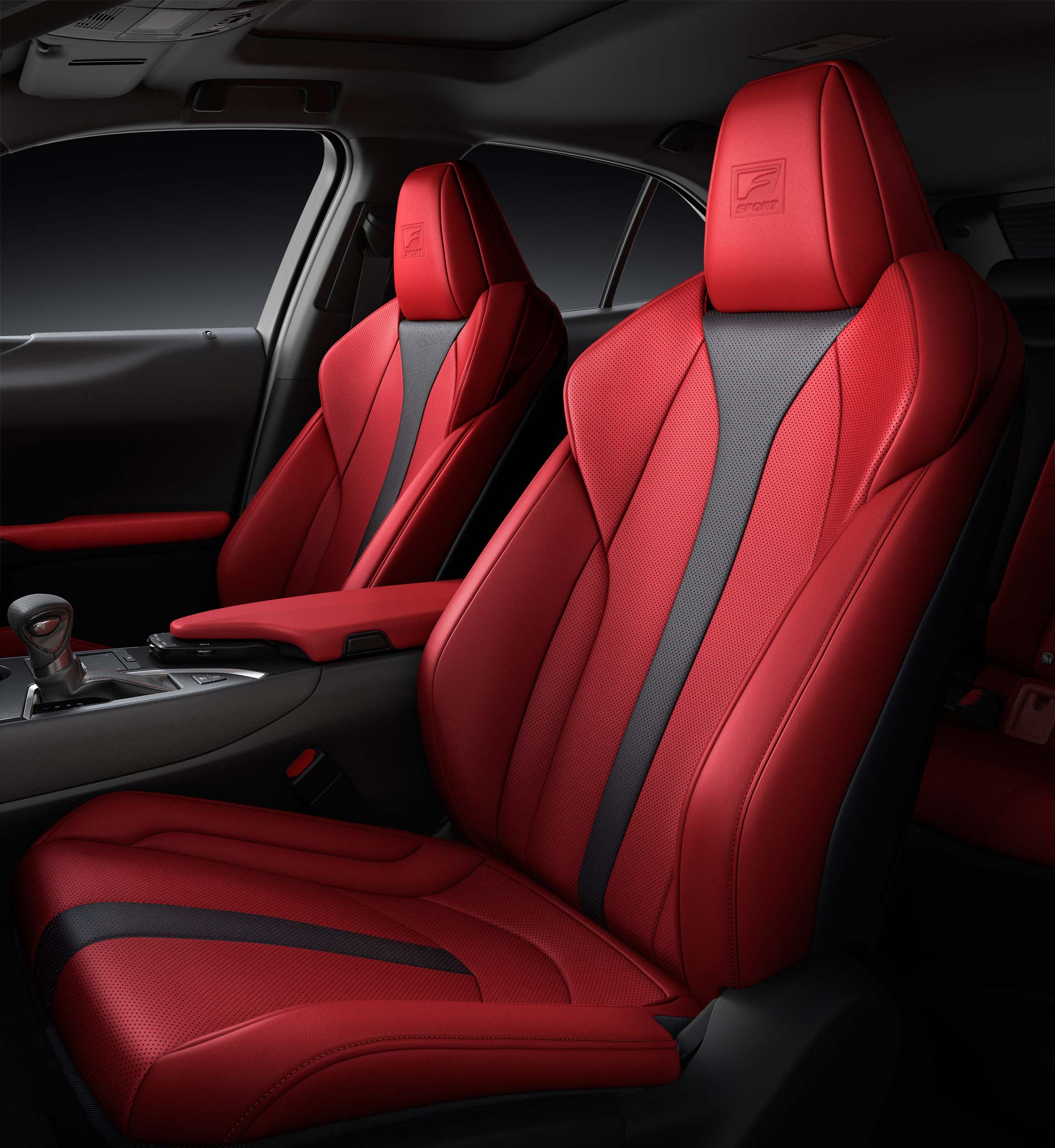 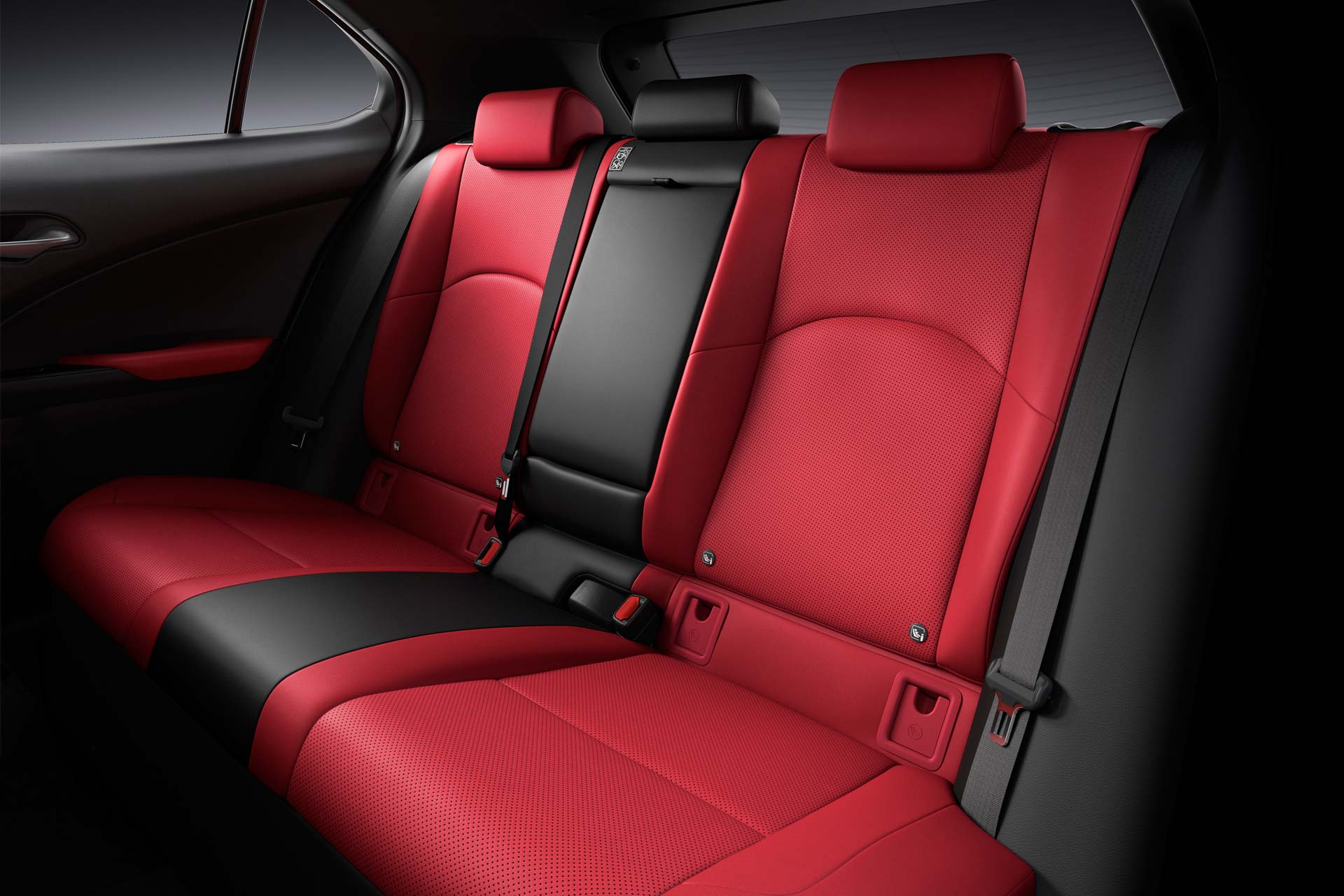 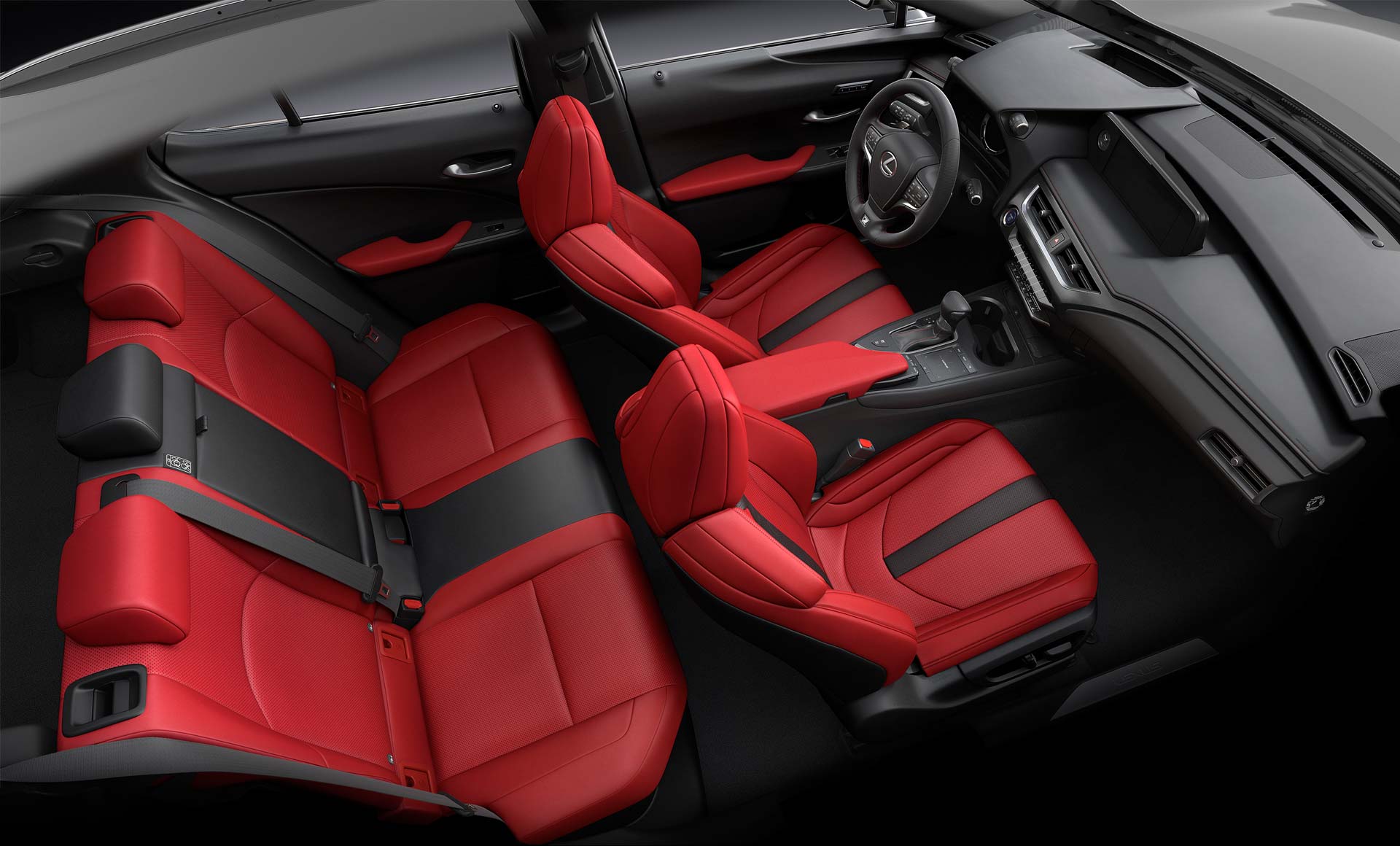 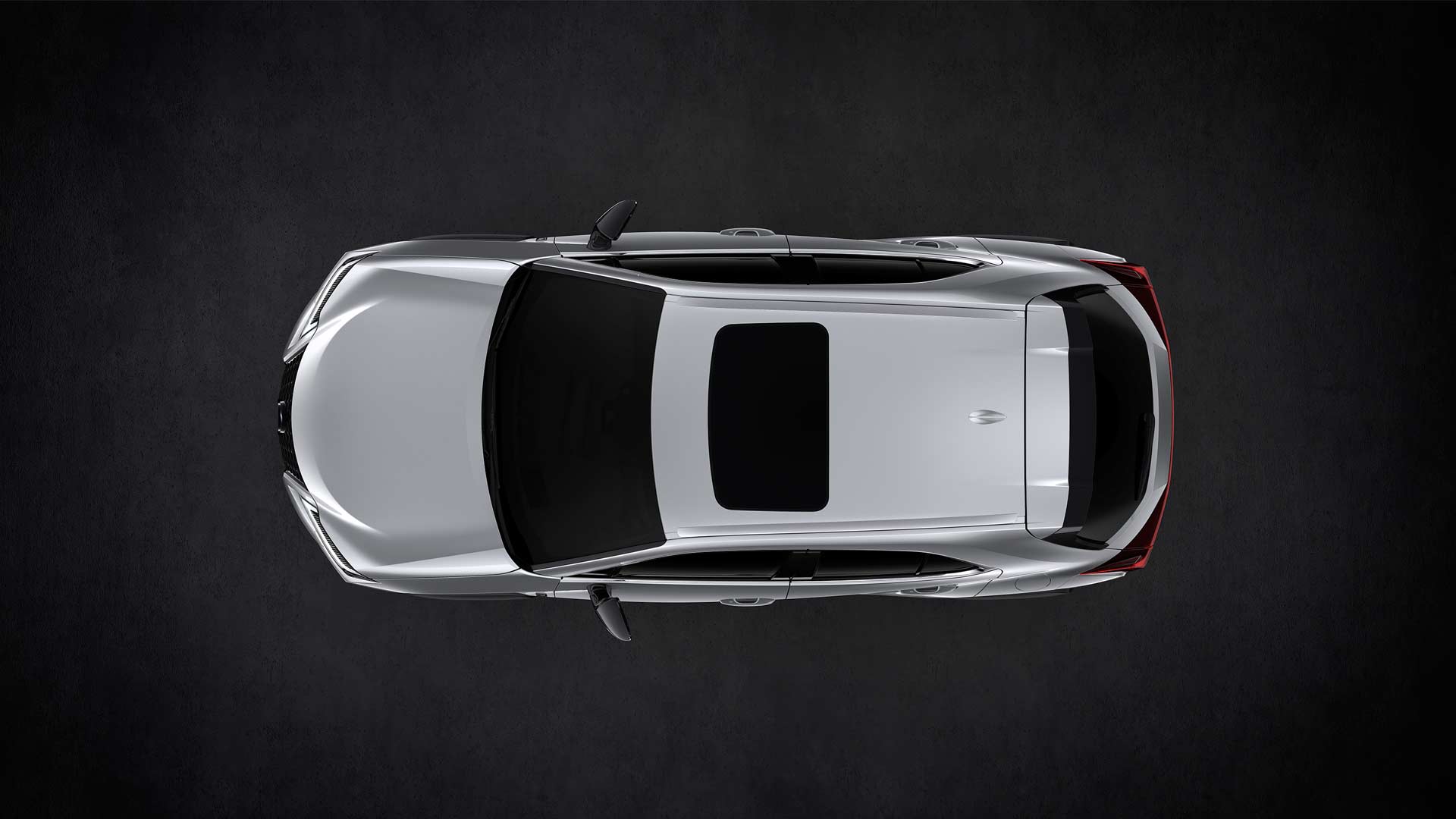 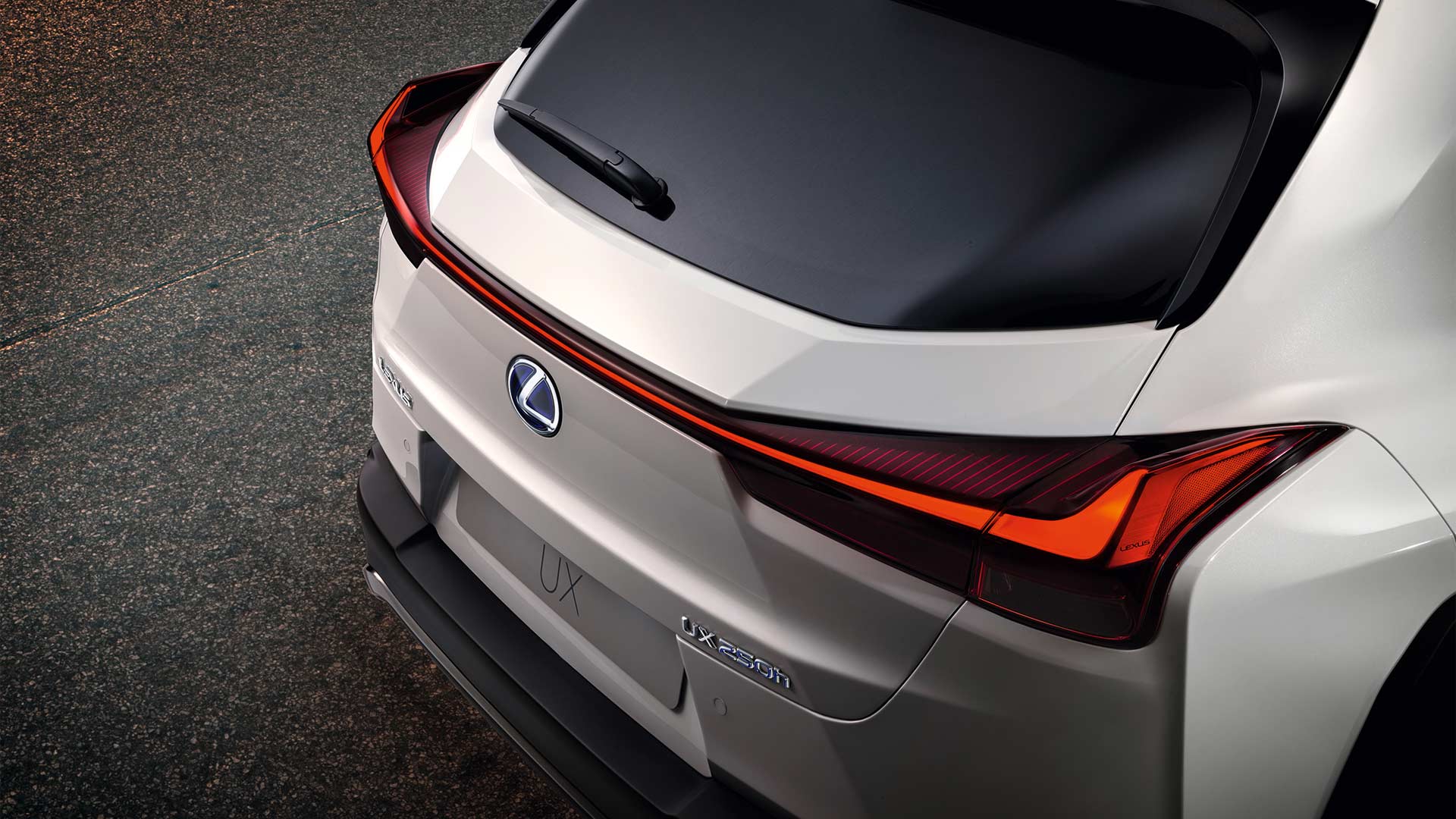 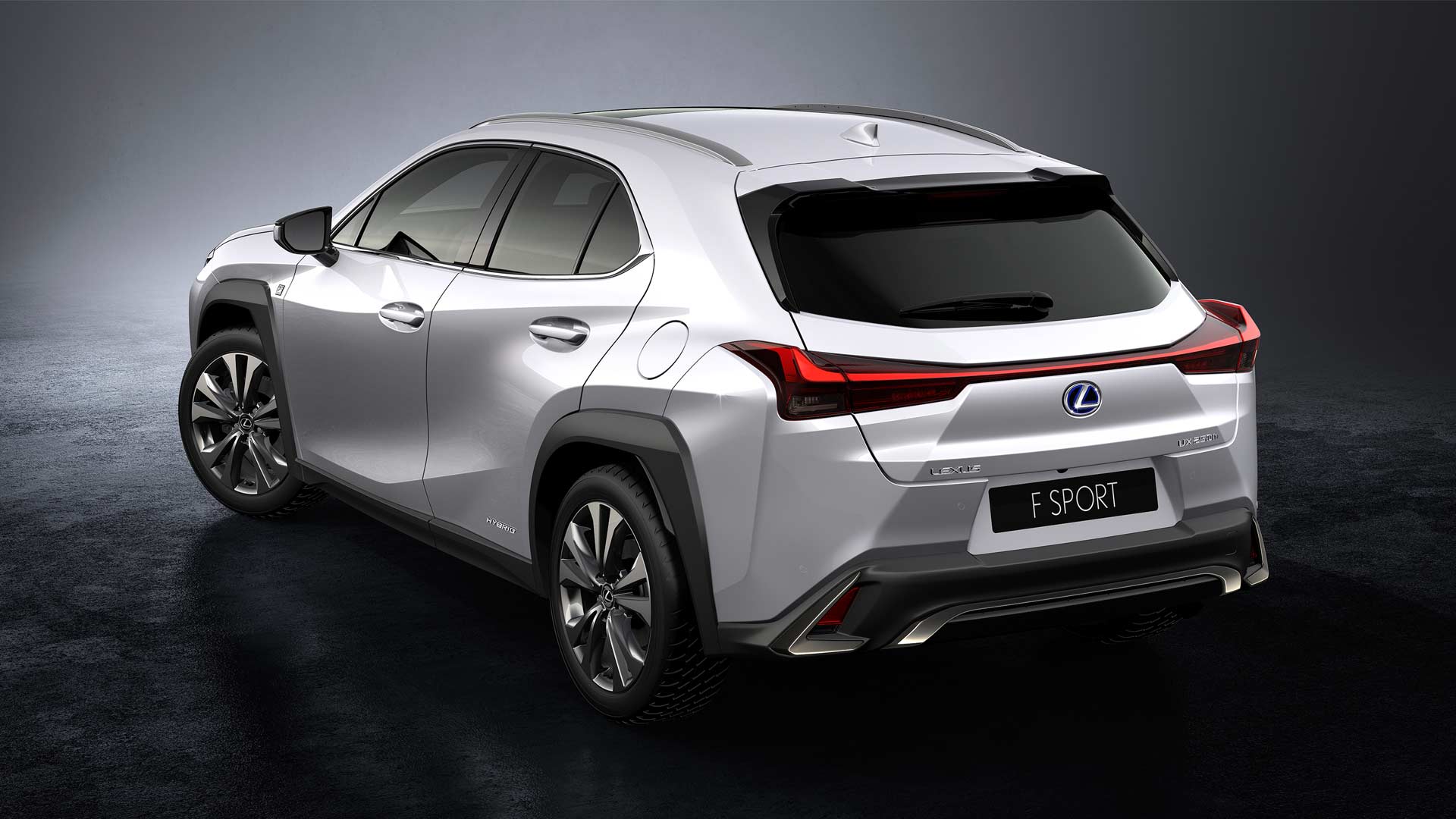