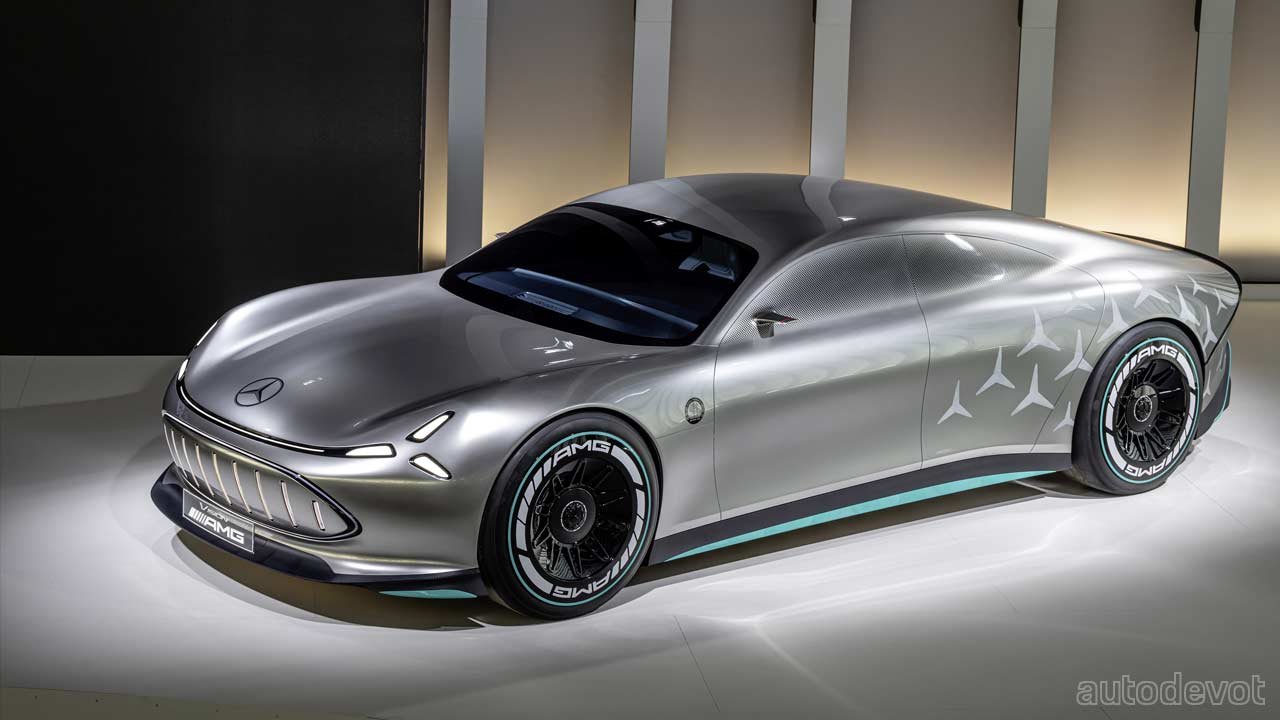 As you know, the Mercedes-AMG division went all-electric already with the AMG EQS last year, followed by the AMG EQE earlier this year. And believe it or not, there’s also the EQG (all-electric G-Class) in the works. But all these are all-electric versions of ICE-powered vehicles. Which is why the AMG division wants to develop its own, dedicated BEV models that sit on a new AMG.EA platform. 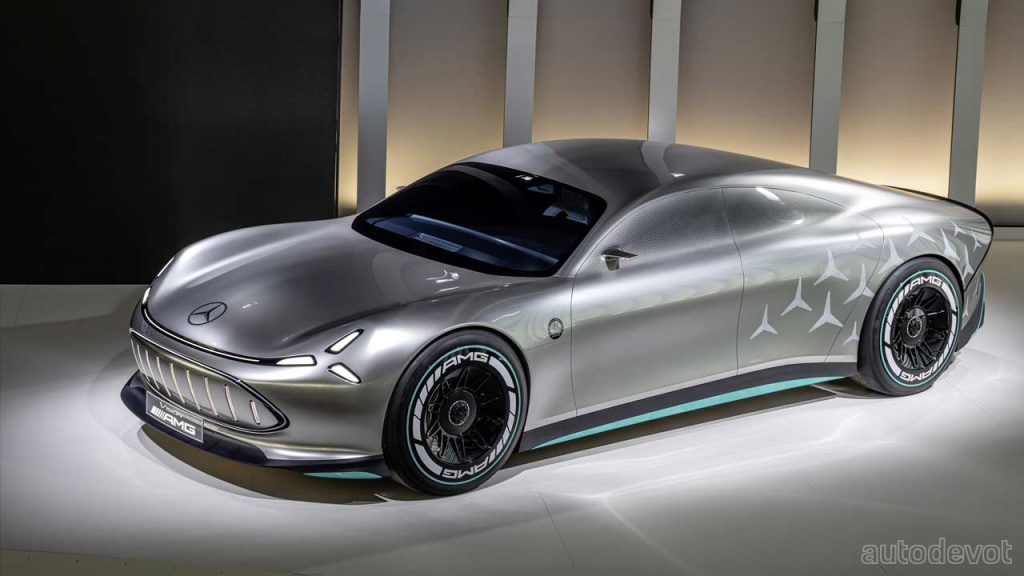 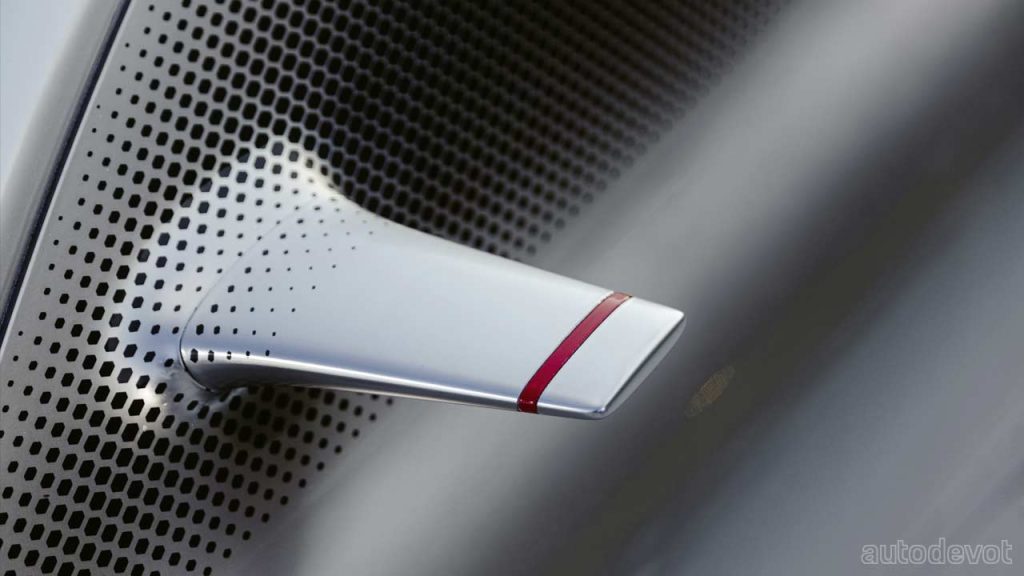 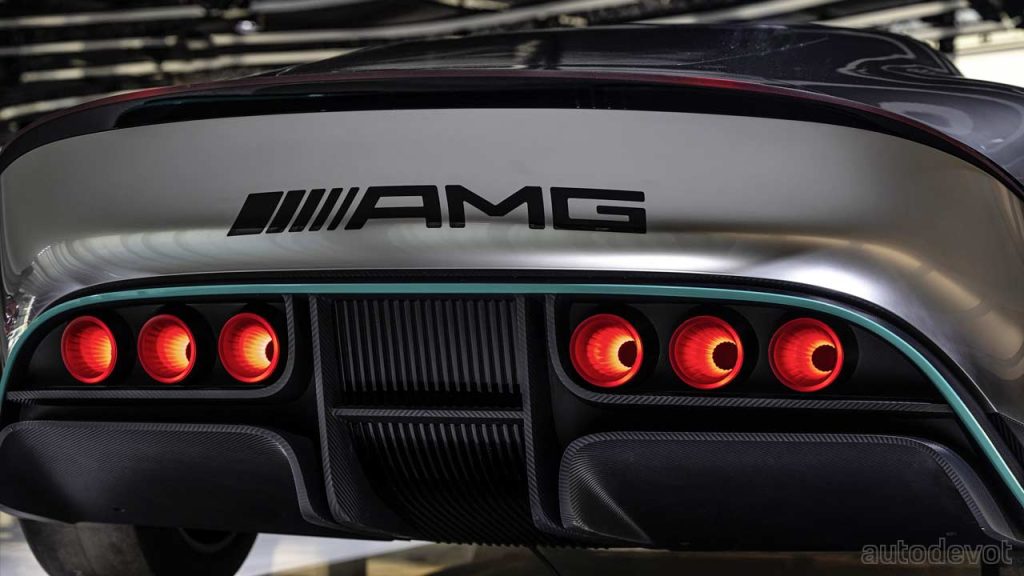 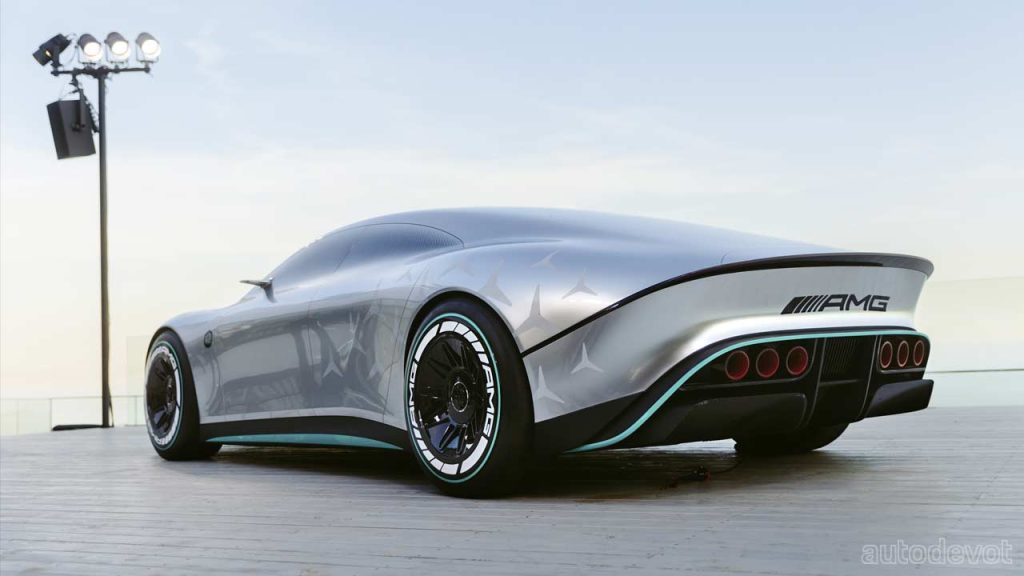 And the first model is probably gonna be based on the Vision AMG concept we are seeing here. It’s an all-electric 4-door coupe that gives off strong Vision EQXX vibes when it comes to styling cues, but apparently, the Vision EQXX has very little to do with the Vision AMG, because according to the company, all of its drivetrain components are developed entirely from scratch; not only the AMG.EA platform itself but also the high-performance high-voltage battery and the motor. But the axial flux motor the concept uses was developed by YASA, the company which was acquired by Mercedes-Benz recently. 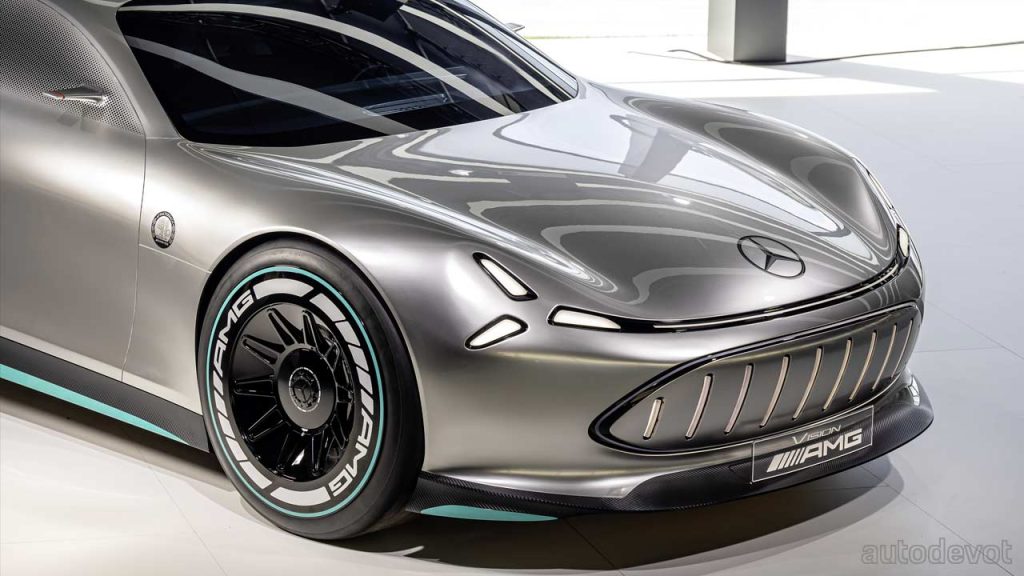 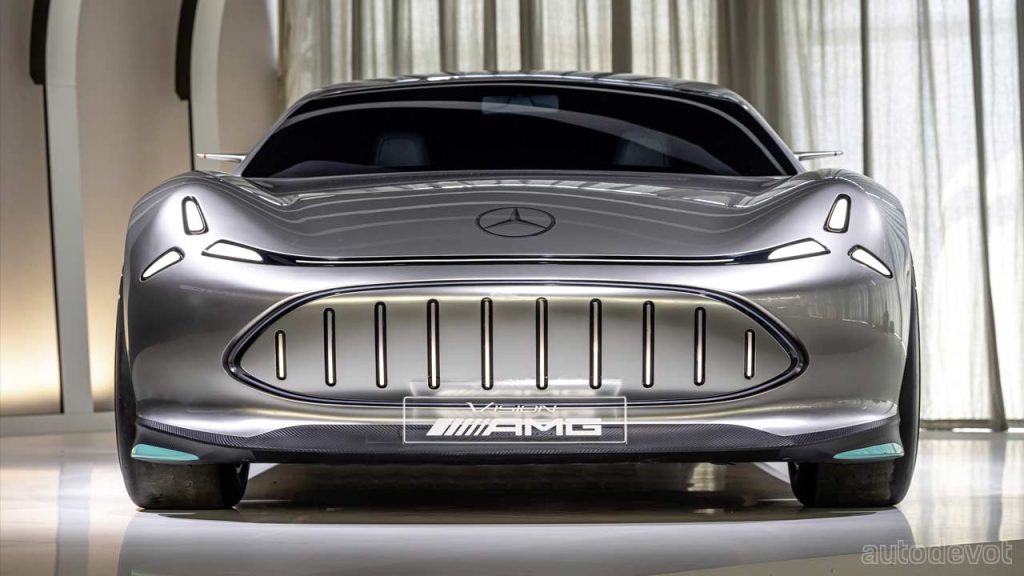 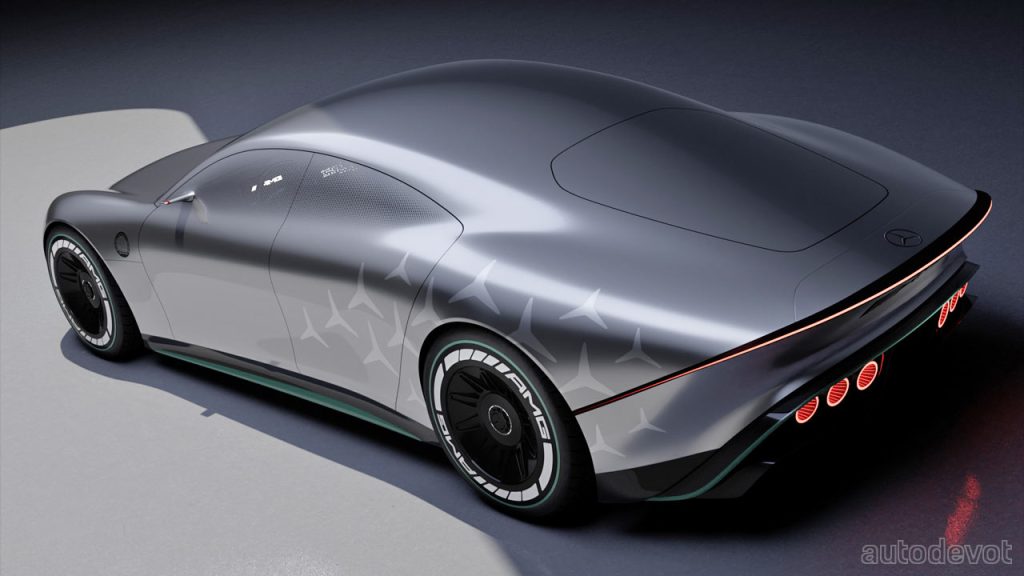 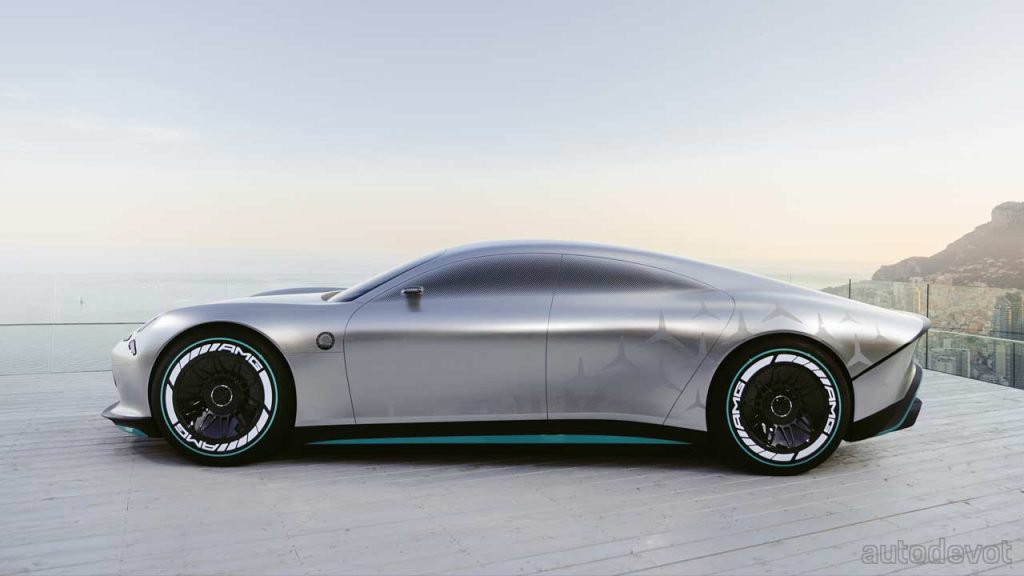 And the three-pointed star on the bonnet is just a graphic, reminding us of the AMG ONE. BTW, what happened to the AMG ONE?! That thing debuted almost 5 years ago! But anyway, those exhaust-like outlets at the rear are as unnecessary as the closed-off grille at the front. There are some more strange design elements such as perforated “windows” and the lack of a rear windscreen, but there’s probably a camera or two for the latter. The concept rides on 22-inch wheels with aero claddings.

There isn’t much information available just yet, but you can expect an actual product based on this concept sometime in 2025.