Although it may seem “meh” or “whatever” at this point coz every other carmaker is headed in the same direction, it’s an important announcement nonetheless. The reason it is important is because we are talking about Mercedes-Benz, the company which made the Patent-Motorwagen — widely regarded as the world’s first ICE-powered car.

Anyway, as mentioned in the title, Mercedes-Benz is getting ready to go all-electric by the end of the decade and as part of the plan, the company will roll out three electric-only, scalable architectures by 2025: MB.EA for medium and large passenger cars; AMG.EA for performance EVs; and VAN.EA for vans and LCVs.

The EV shift is picking up speed, especially in the luxury segment, where Mercedes-Benz belongs. The tipping point is getting closer and we will be ready as markets switch to electric-only by the end of this decade. This step marks a profound reallocation of capital. By managing this faster transformation while safeguarding our profitability targets, we will ensure the enduring success of Mercedes-Benz. — Ola Källenius, CEO of Daimler and Mercedes-Benz

In addition, Daimler has just acquired UK-based electric motor company YASA, which will gain Mercedes-Benz access to axial flux motors which can be compact and are said to be significantly efficient over the radial ones. As for battery cells, Mercedes-Benz says that it needs a capacity of over 200 GWh to achieve the aforementioned goals, and is planning to set up eight Gigafactories in collaboration with its partners around the world. 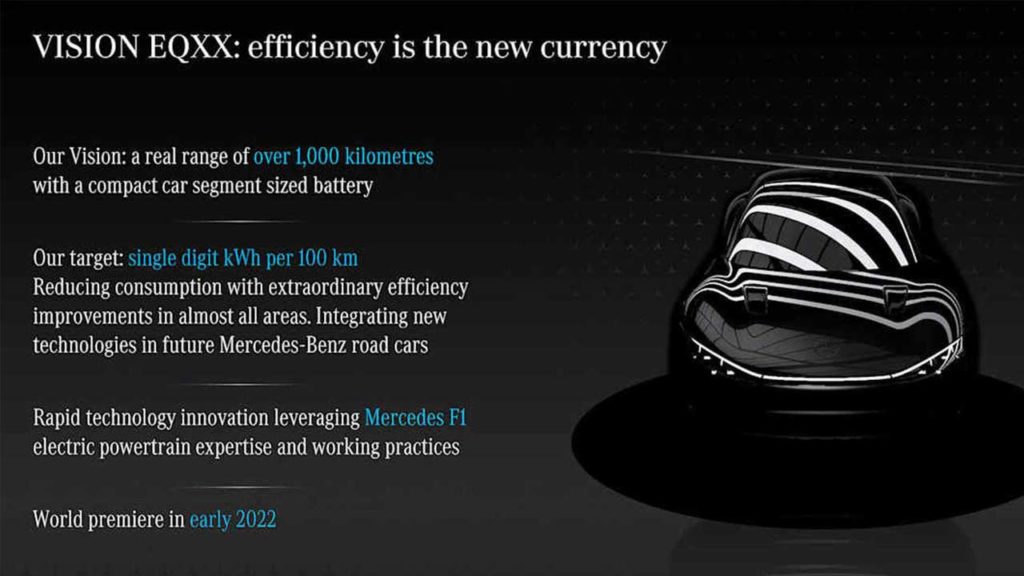 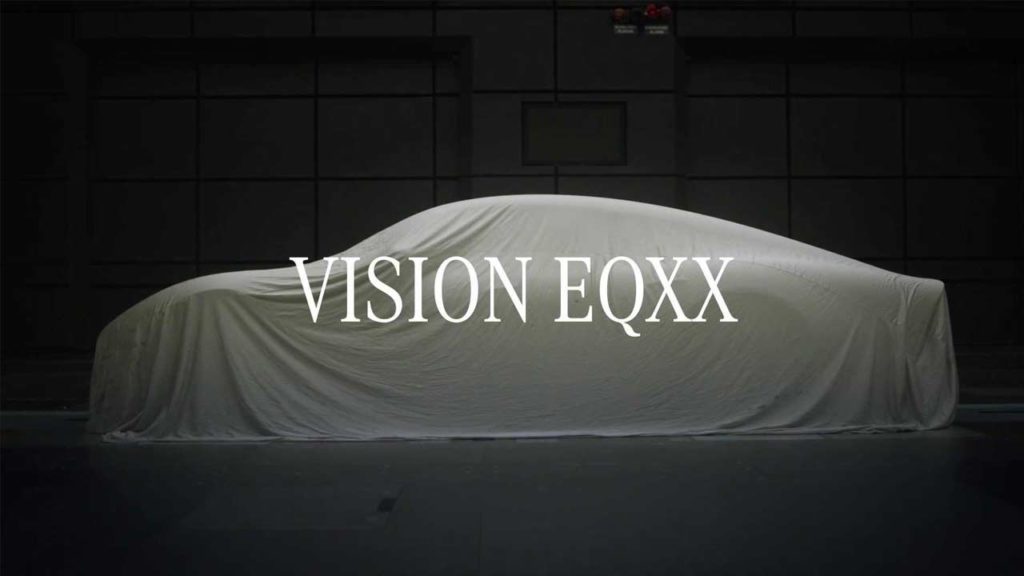 Vision EQXX
Another important announcement is the Vision EQXX (concept), an electric car with a real-world target range of more than 1,000 km (621+ mi) and a single-digit figure for kWh per 100 km (over 6 miles per kWh) at normal highway driving speeds. Apparently, the F1 team is helping with the powertrain. A global debut is planned for 2022. As the teaser suggests, the EQXX is some kind of a two-door coupe, although we don’t have an explanation for the double X in the name.