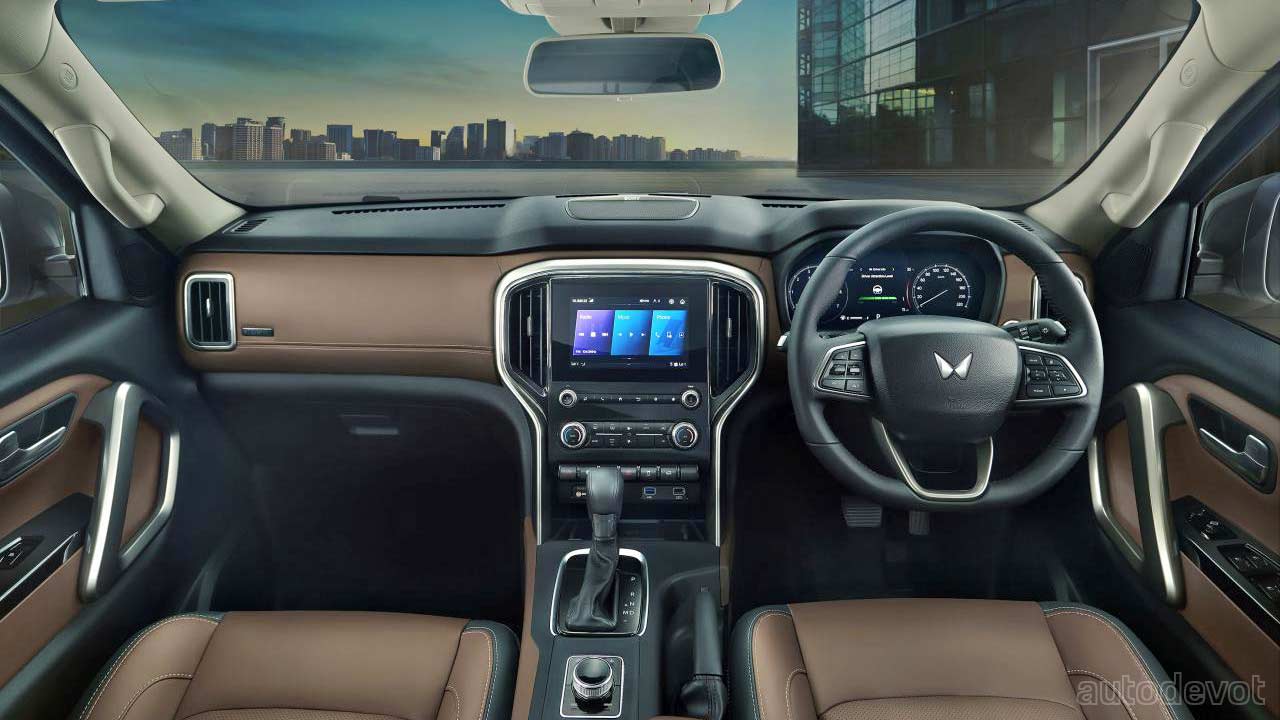 As you might know, Mahindra is all set to launch its next big thing, the Scorpio-N, on June 27, 2022. This is an all-new product that is built on a new body-on-frame chassis. It boasts new styling, upgraded onboard technology, better safety systems, and of course, petrol and diesel engine options with manual and automatic transmission choices. The exterior styling was partially revealed last month, and now it’s time for a couple of interior teasers. 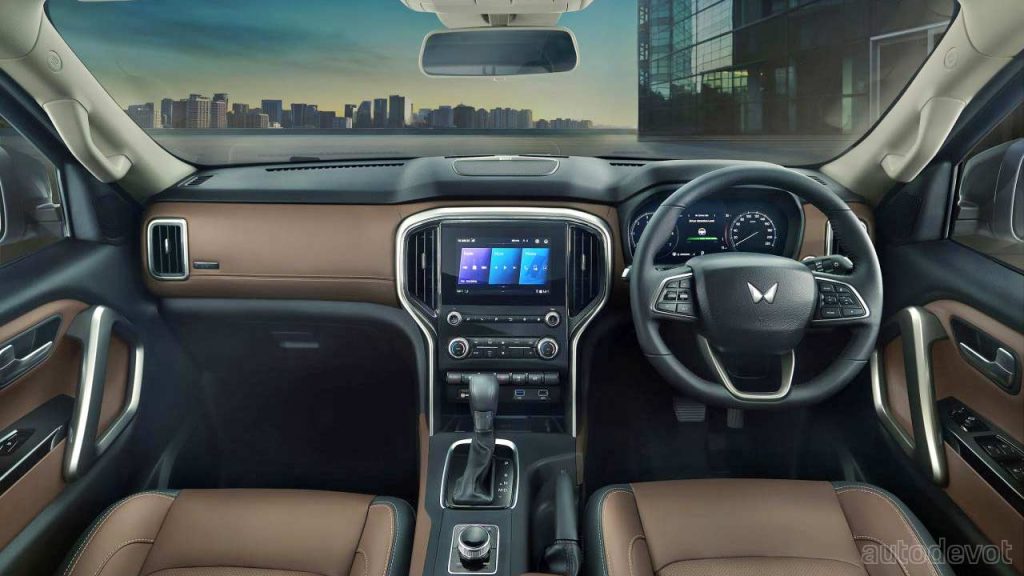 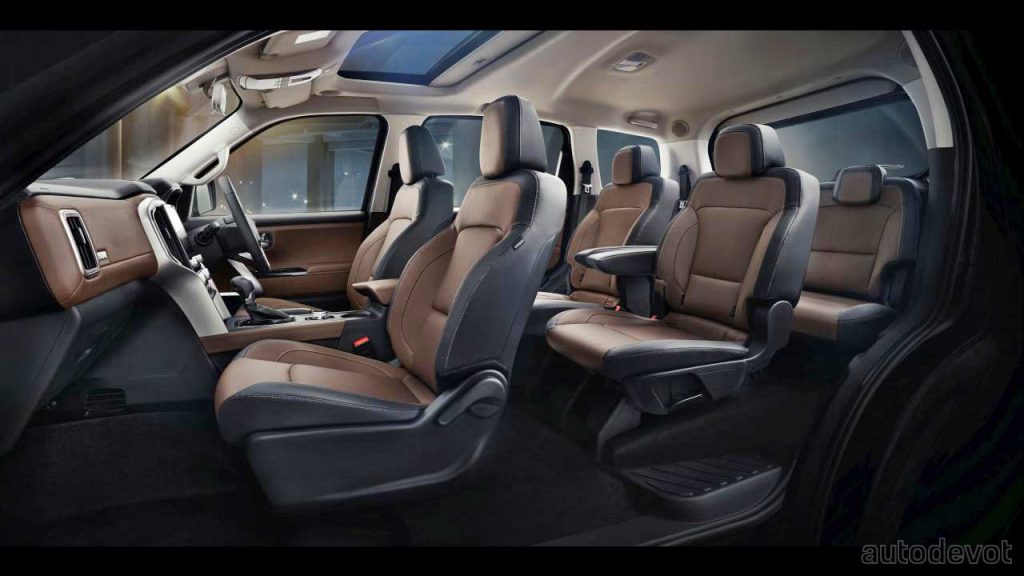 Speaking of which, the dashboard design doesn’t wow you in any way; it’s a typical, utilitarian design, and I don’t mean to be rude but I would also say it’s a clichéd, very generic design. That said, it looks 5x times premium, especially with this light-brown & black two-tone theme, compared with the regular Scorpio’s interior. Speaking of the regular Scorpio (current-gen model), Mahindra will continue to sell it as Scorpio Classic. But anyway, back to the Scorpio-N, the photos above appear to be of a top-end model with captain chairs in the second row. Also, notice the sunroof for the first row and the scooped-out roof section at the rear to make some more room for the second- and third-row occupants. And, it appears that the D-pillars have integrated speakers.

A teaser clip also shows a rotary knob in the centre console (for 4WD models); a central touchscreen with AdrenoX connected car technology; a large MID, and Sony speakers.