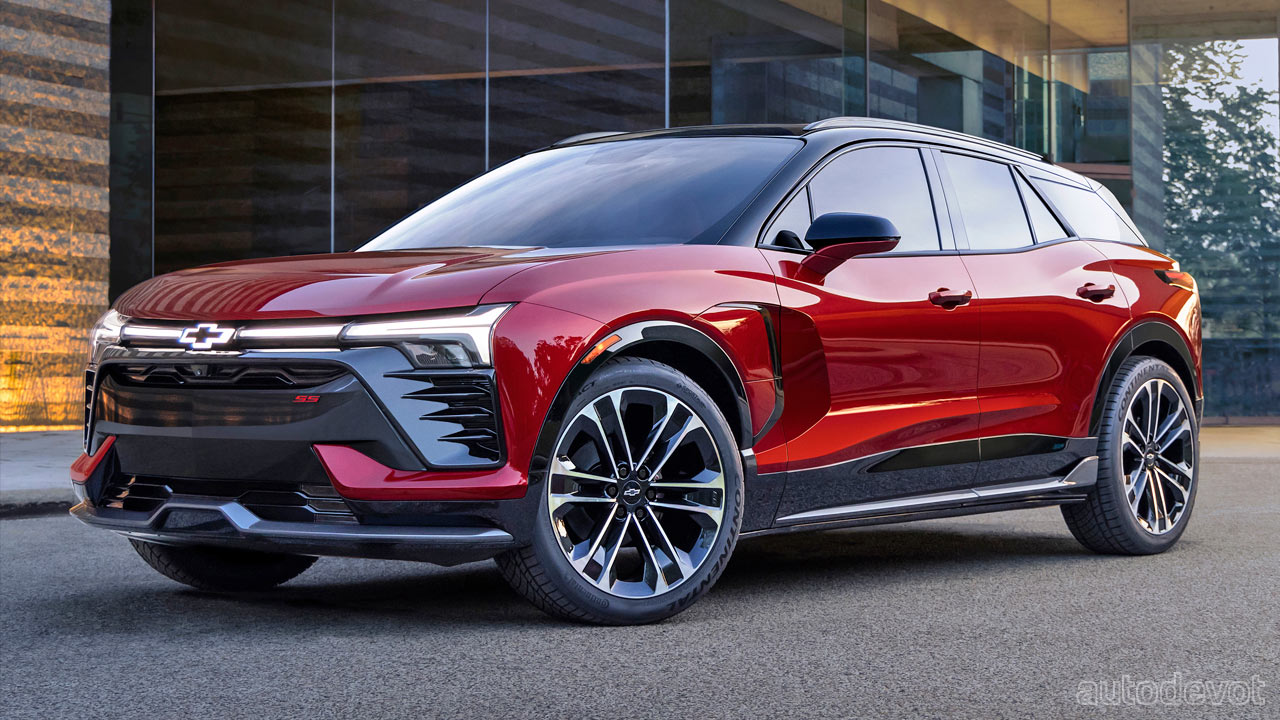 The mid-size Chevrolet Blazer SUV lineup will be joined by the Blazer EV in spring 2023 as a 2024 model, but the product will make its debut on July 18, 2022. In the meantime, Chevy has shared a teaser to keep the buzz going.

Speaking of which, the Blazer EV is wearing an SS badge on the front fascia, which suggests that this might be a range-topping performance model. Obviously, more details are reserved for July 18, but in the looks department, I think the design team has done a great job. And that’s half battle already won, isn’t it? Compared with the ICE-powered 2023 Blazer, the Blazer EV—especially this Blazer EV SS—looks significantly different and a lot more stylish. Those running lights at the front give off Audi/Volvo vibes and the Blazer EV looks more European instead of American. But either way, it remains to be seen if the oomph factor is just about the looks or includes performance too.