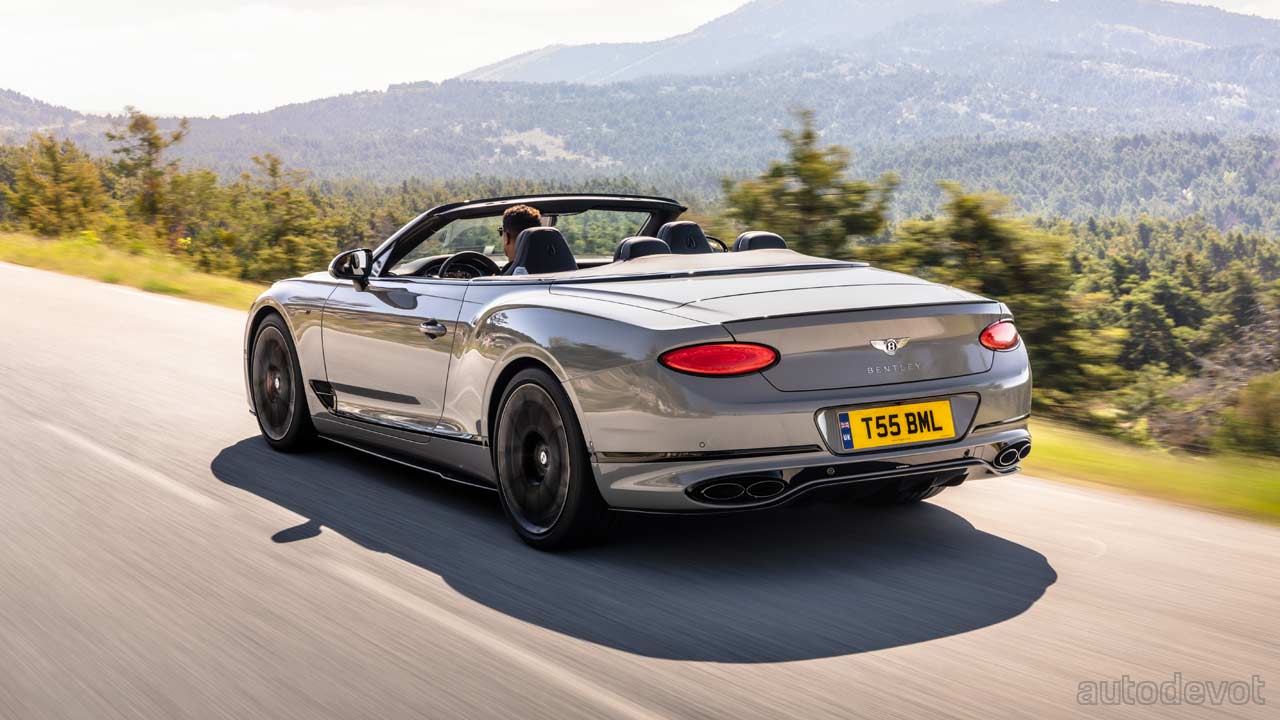 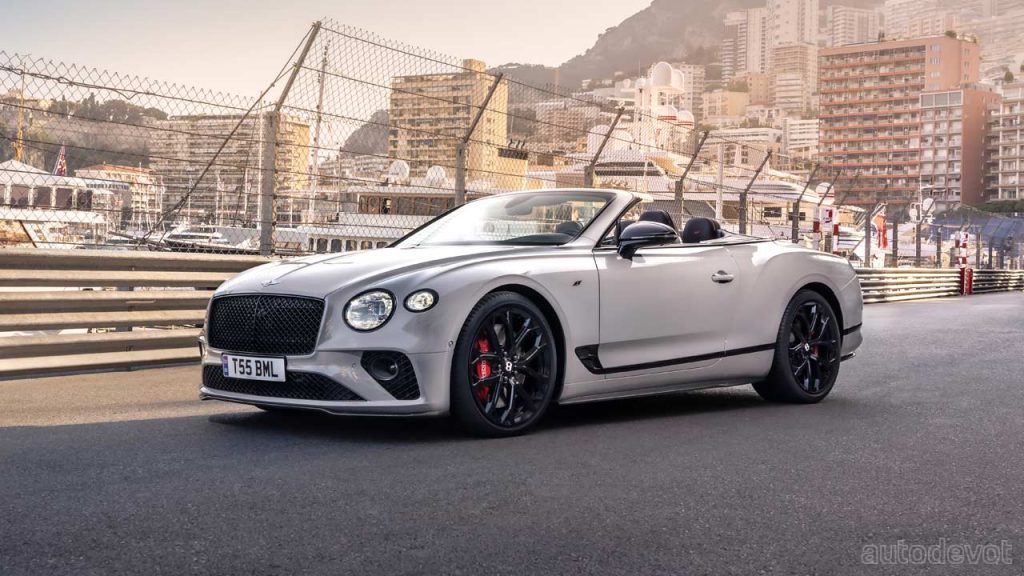 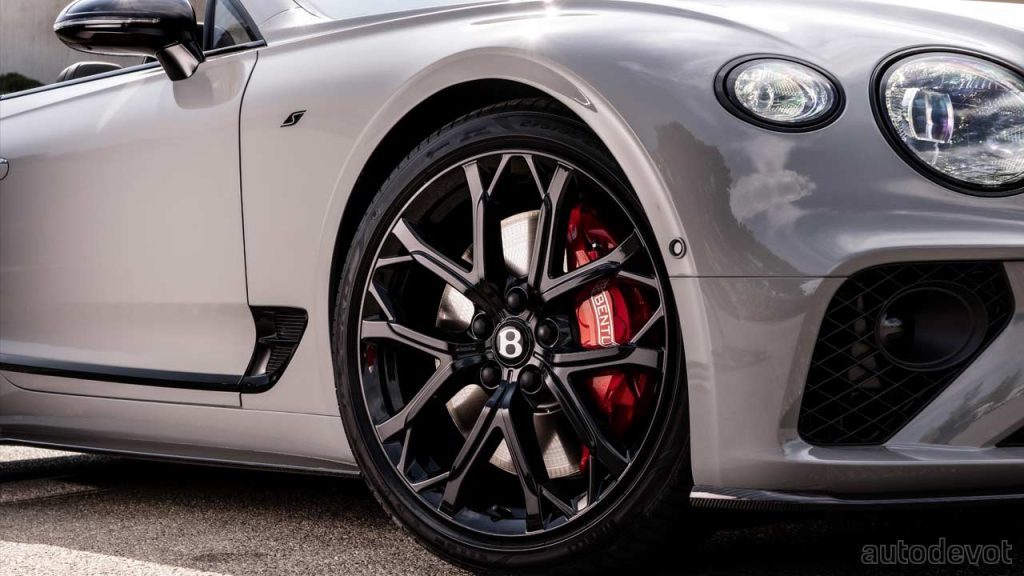 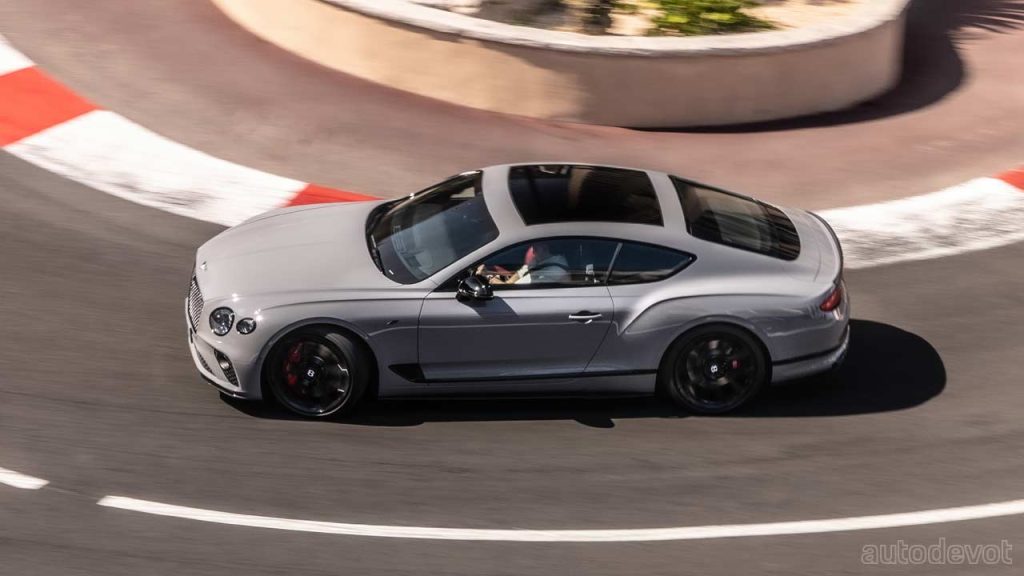 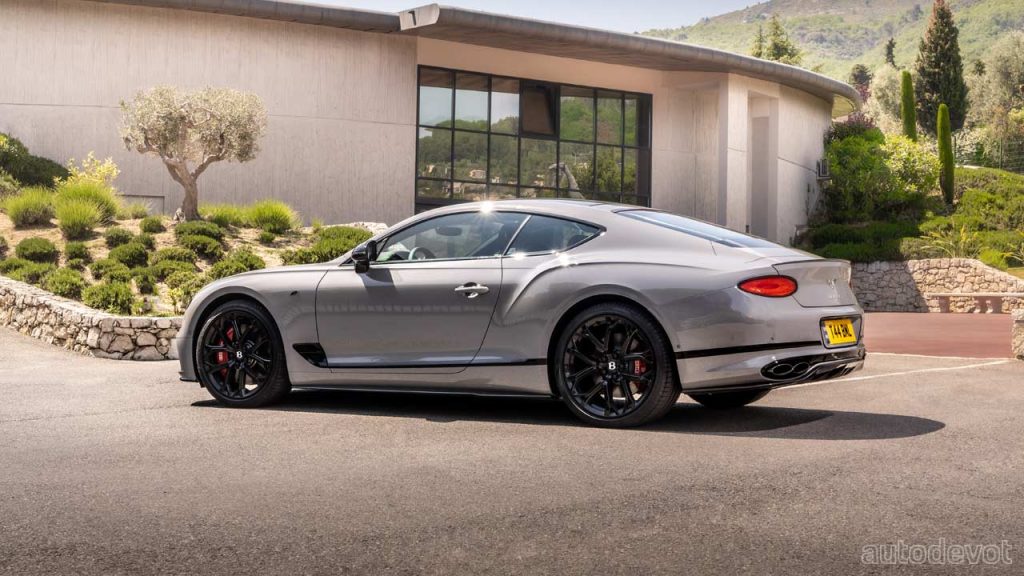 But first, let’s talk about visual enhancements because that’s what the S is mostly about. Speaking of which, as you can probably tell, the variant is decorated with gloss black elements, or as Bentley calls it, a “black brightware”. These include the grille; the headlight & taillight bezels; that hockey stick-like thing on the lower part of the body; the ‘S’ badging on the front fenders; mirror caps; that subtle spoiler on the boot lid; quad tailpipe finishers, and of course, the 22-inch Y-spoke wheels—which are also in gloss black. Notice that the calipers are painted red. A satin finish is also available for the wheels, and the options list includes 21-inch tri-spoke gloss black wheels as well. Except for the wheels, the Continental GT S almost looks like the GT Speed from a distance. 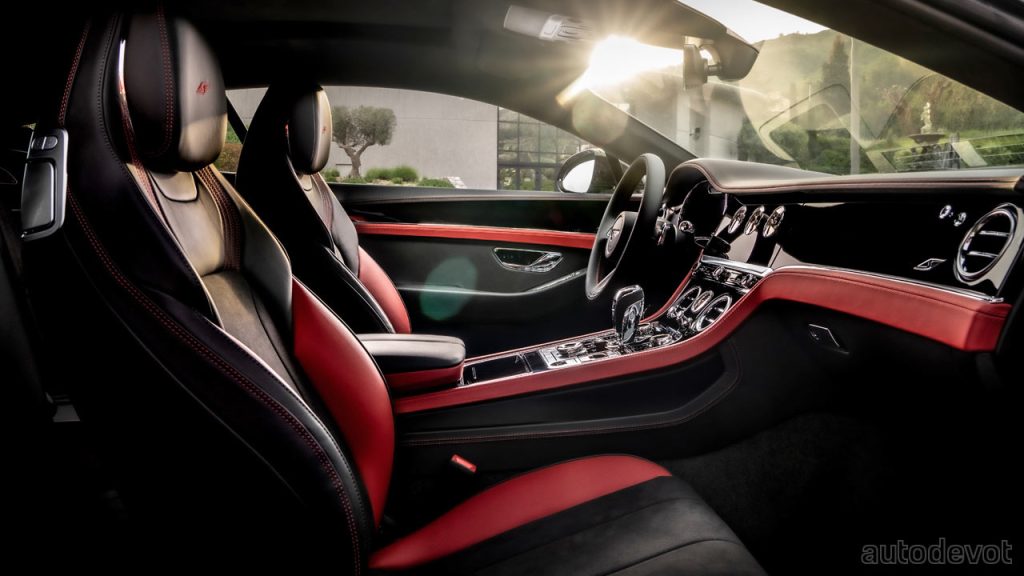 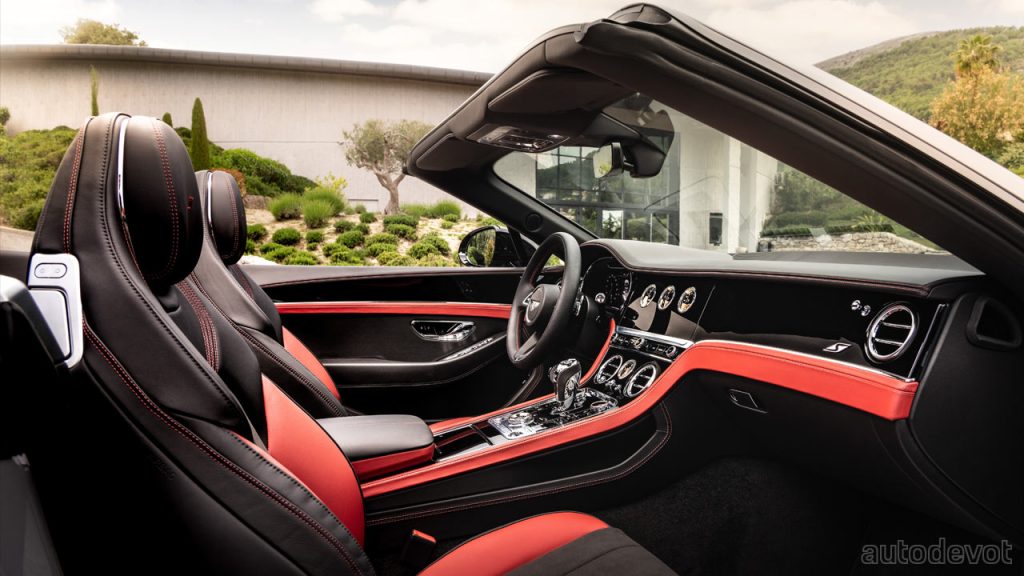 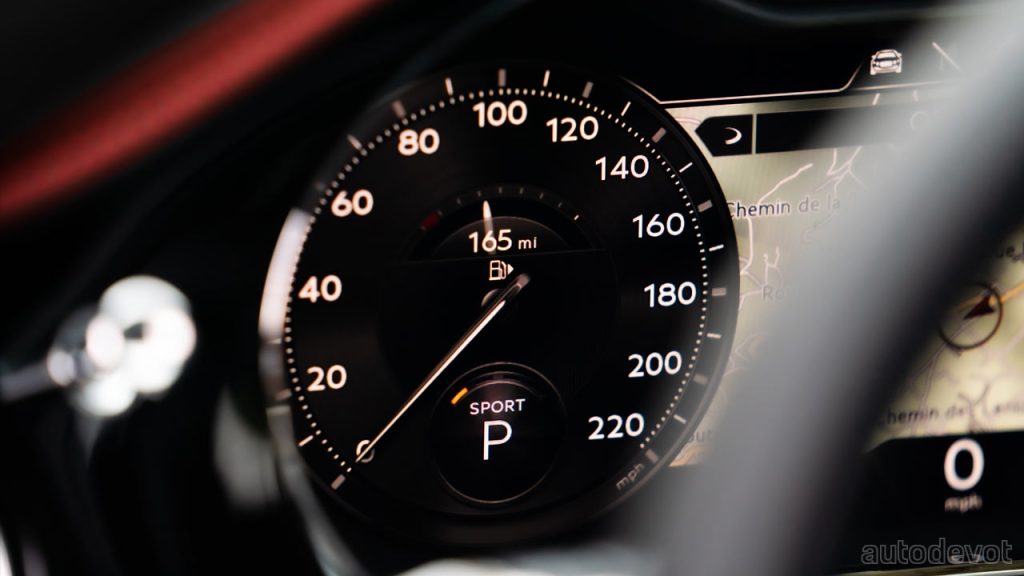 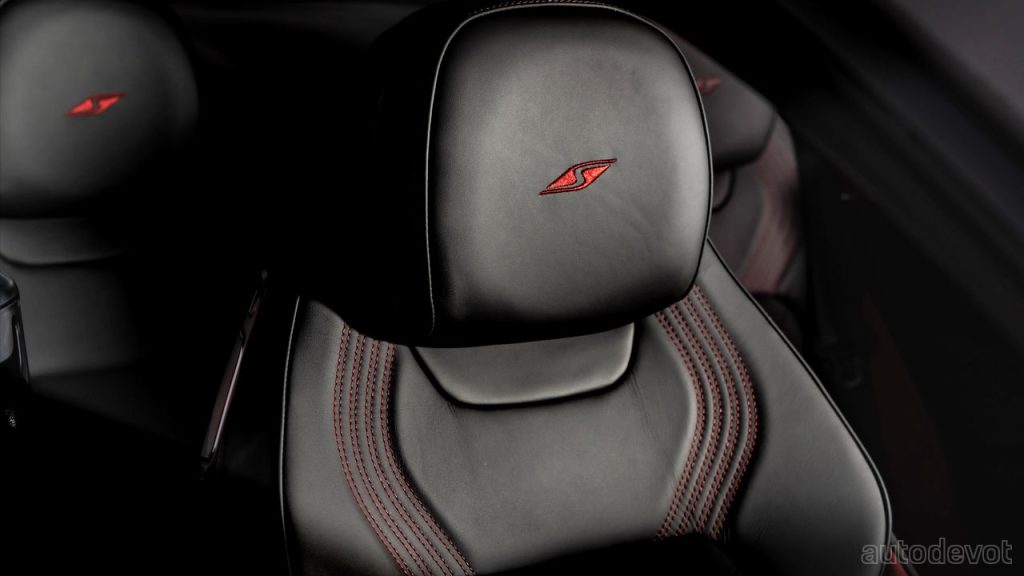 Inside, you get S-branded seats and generous red leather accents in this particular example. Quilting is optionally available for the seats. For those who don’t fancy the S-branding on the seats, embroidered Bentley wings are available as a no-cost alternative. Dinamica (suede) is used on various parts such as the steering wheel, shifter and seat backrests. The instrument display features a sporty theme with the same performance-focused graphics as the GT Speed. 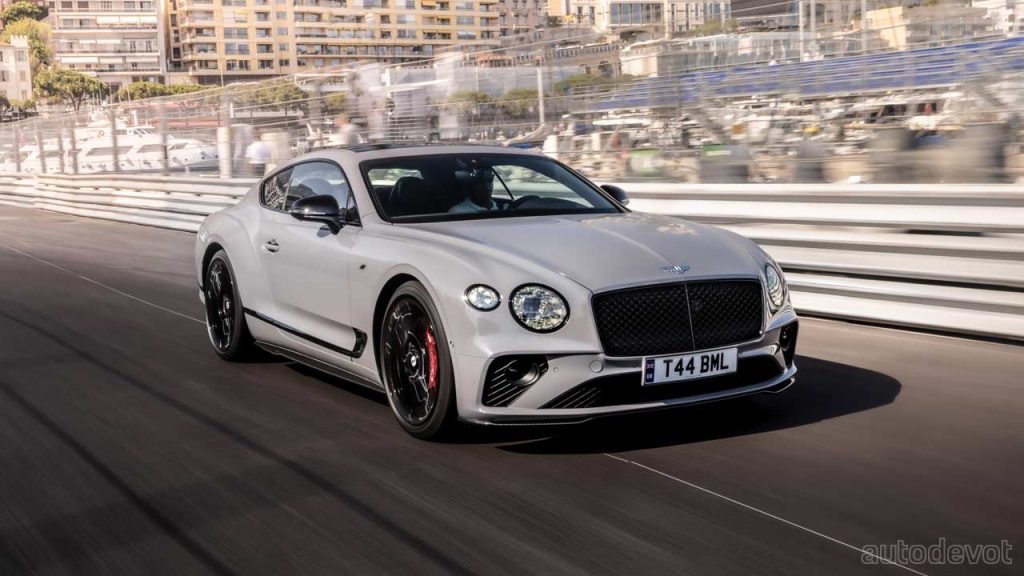 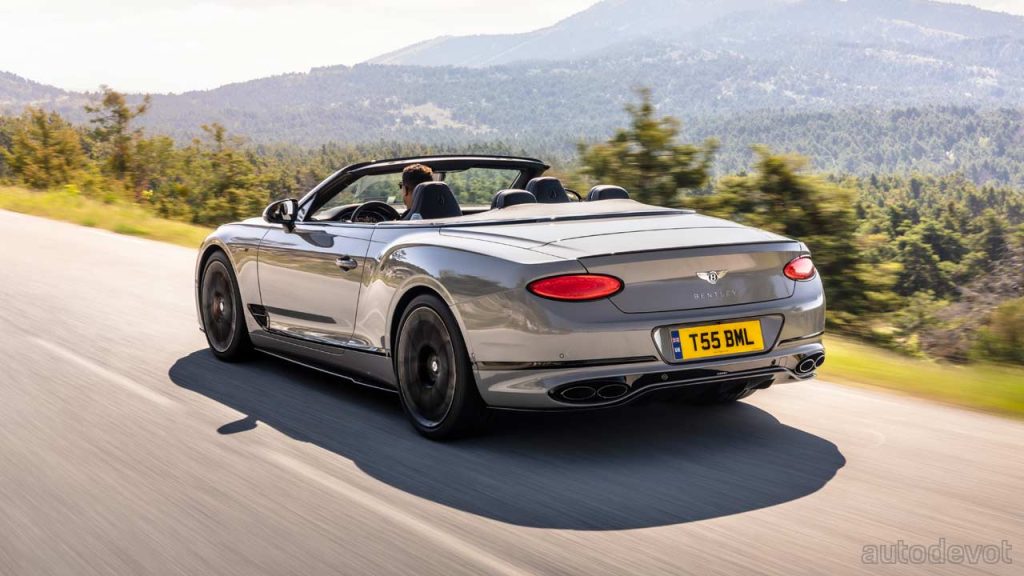 As mentioned already, the Continental GT S packs a 4.4-litre V8 twin-turbo petrol engine with 404.5 kW (550 metric hp) at 6000 rpm and 770 Nm (568 lb-ft) of torque between 2000 and 4500 rpm; same figures as the regular Continental GT V8. A sports exhaust system comes standard, which is not going to make the car any quicker or faster compared with the standard V8 model, but at least you get a better exhaust note. The official 0-100 km/h (62 mph) sprint time is 4.0 seconds and the top speed is 319 km/h (198 mph). A 48-volt electric active anti-roll control system (Bentley Dynamic Ride) comes standard as well.