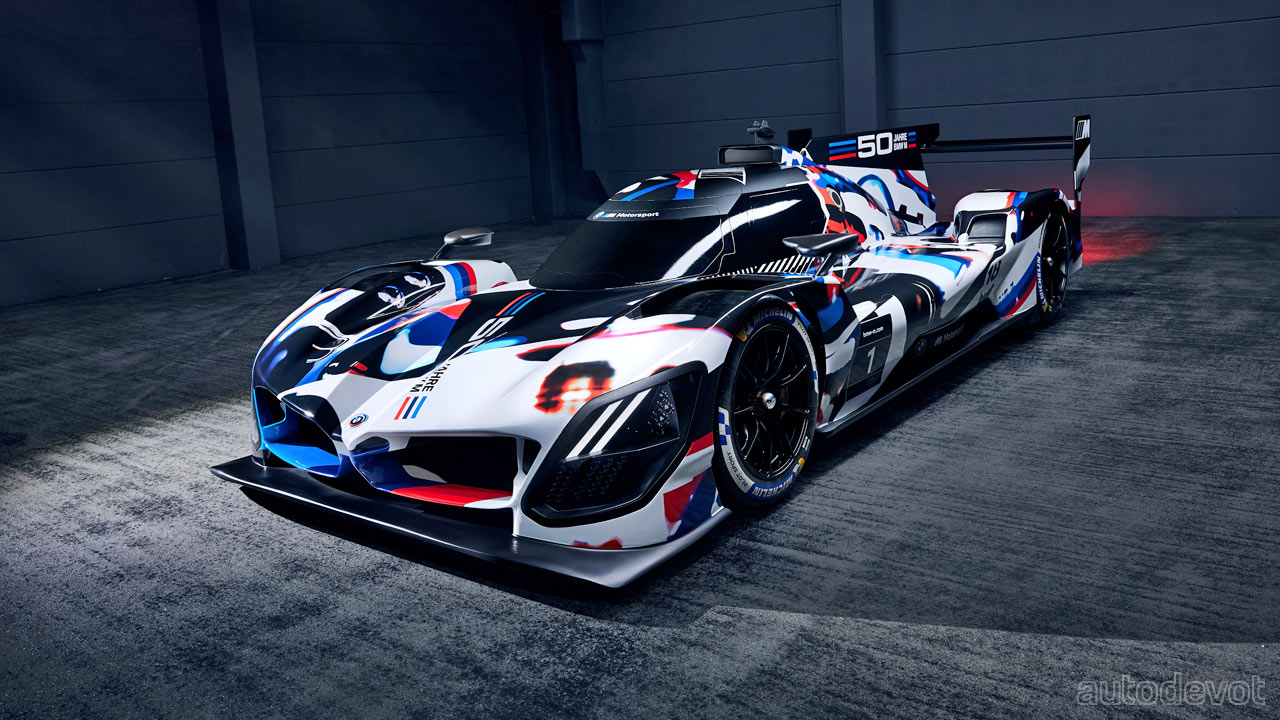 BMW is showcasing its new Le Mans Daytona hybrid (LMDh) prototype that’ll compete in the IMSA WeatherTech SportsCar Championship next year. The prototype is wearing a camouflage livery to hide finer details on the body, but I’m not entirely sure if it has succeeded in that task; you still can figure out all the curves, creases, gaps, gapes and intakes. Nonetheless, it’s a cool-looking livery with BMW M’s 50th-anniversary logo. 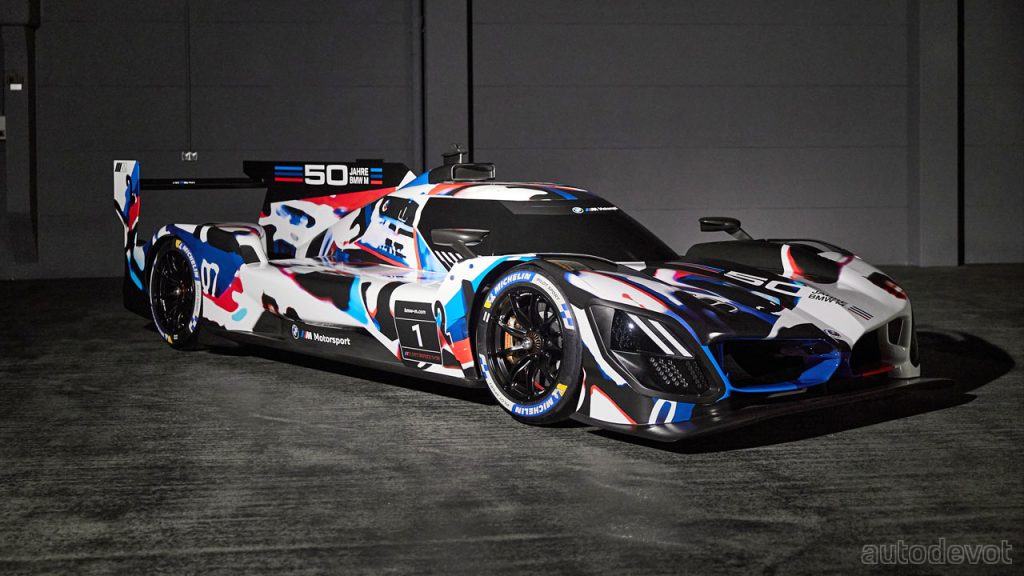 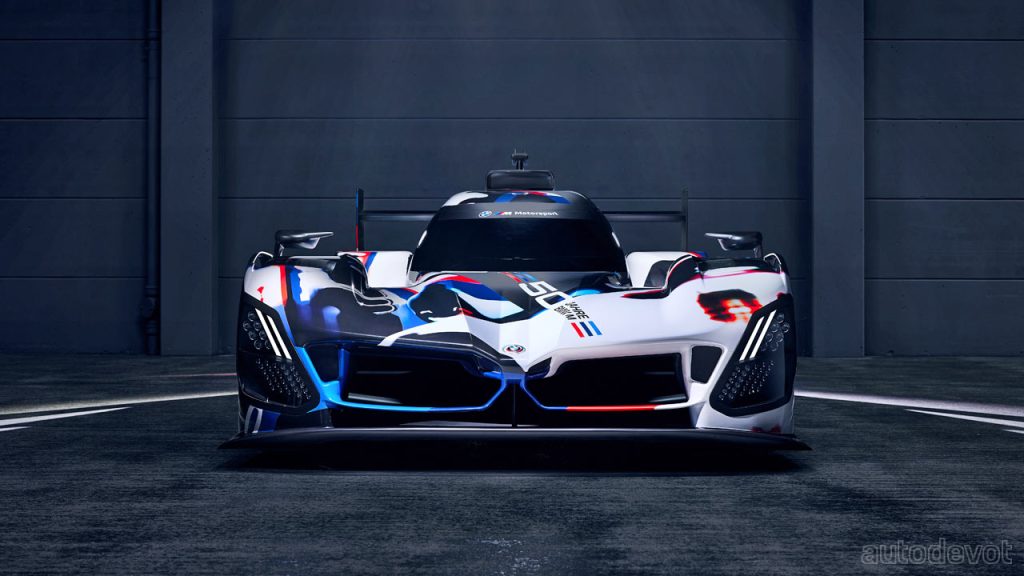 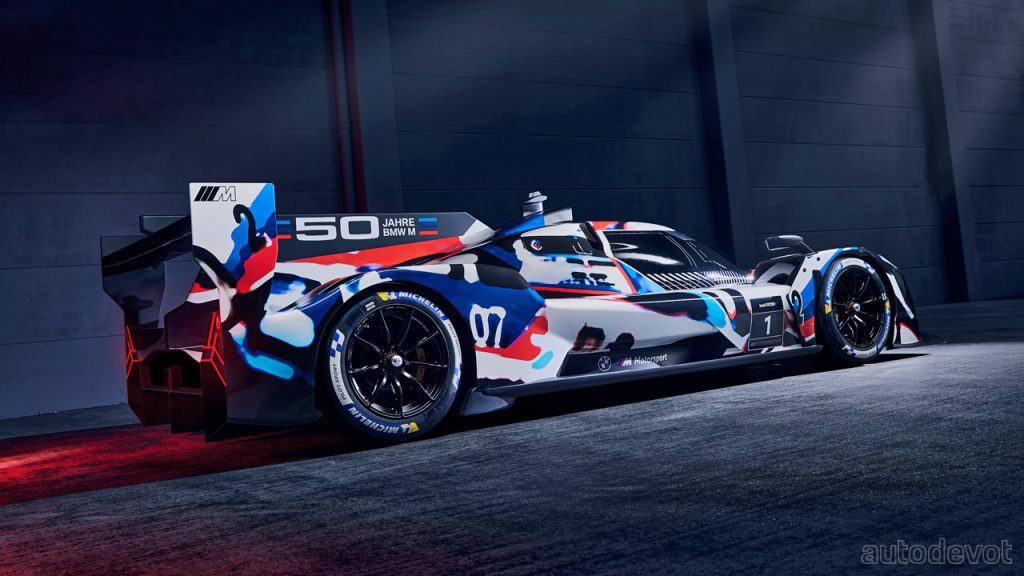 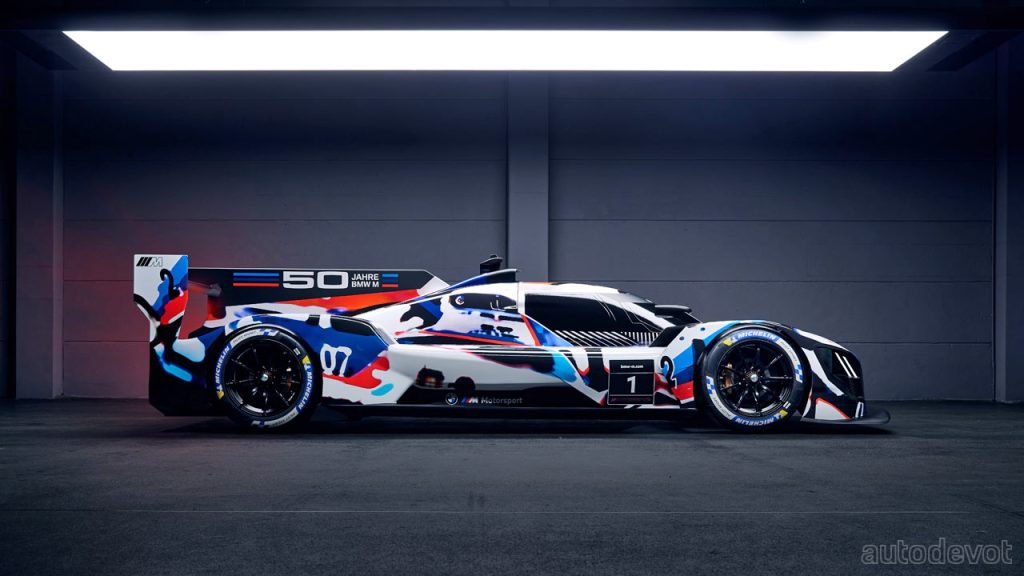 Needless to say, the kidney has been given more preference here; it’s a lot wider but doesn’t look all that disproportionate when compared with those equally large black units that house the running lights. The hood contains the retro-styled 50th-anniversary logo we saw on the M3 Edition 50 Jahre BMW M and M4 CSL recently.

BMW didn’t share any technical specifications, but as you might know, every LMDh car has to follow LMDh regulations which are governed by FIA. The details can be found here.