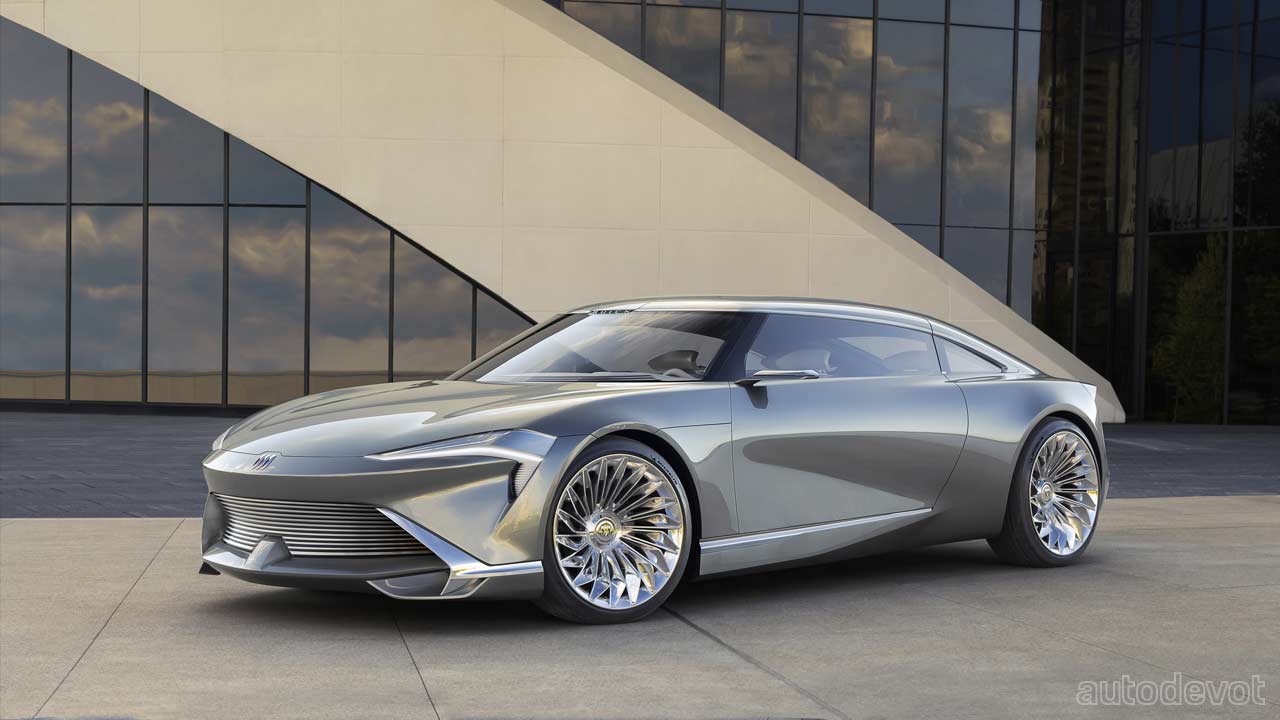 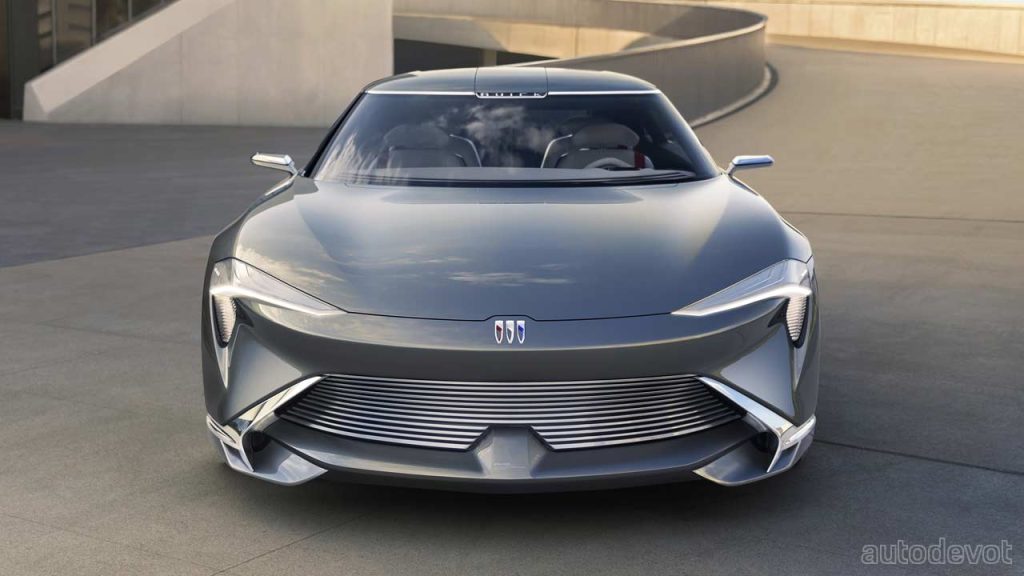 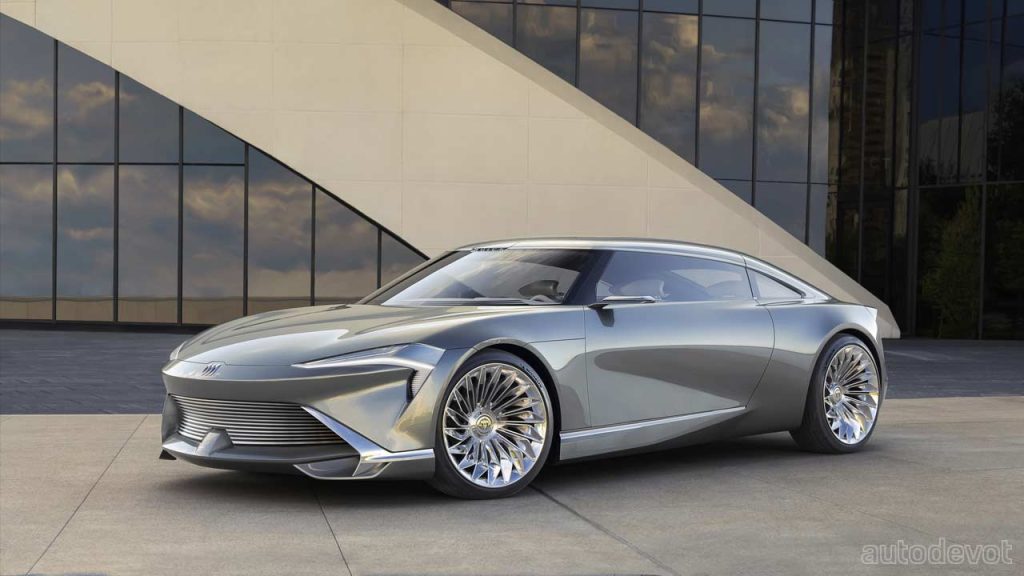 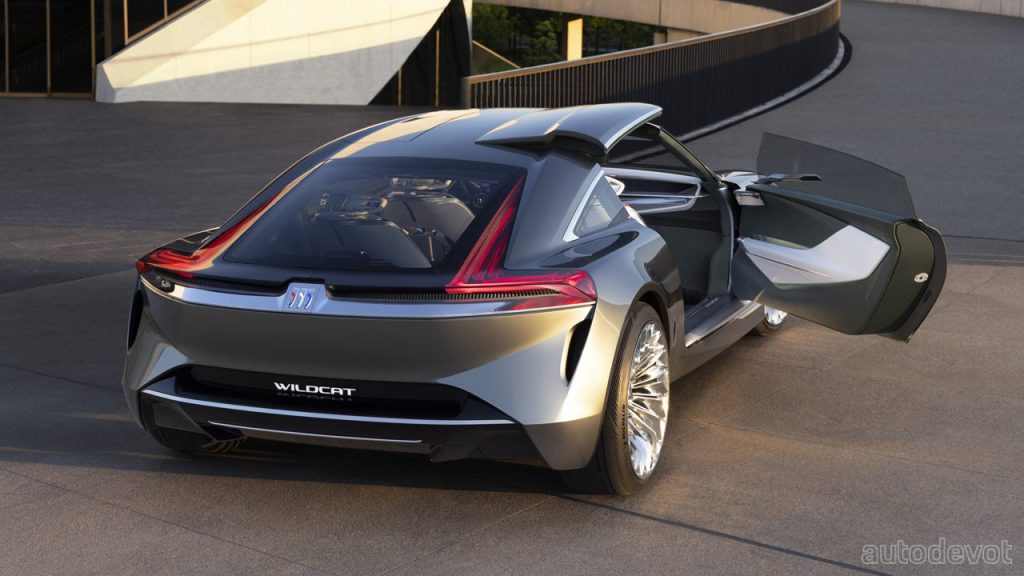 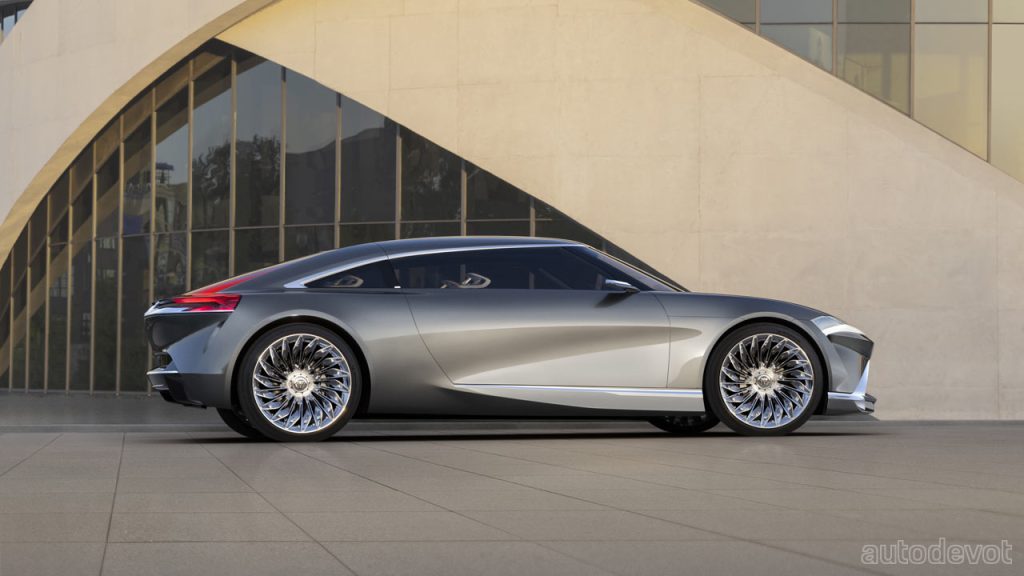 Which means, you might not necessarily see a production version of the Wildcat EV, but some of its styling cues, features and technologies might get adopted to a future series-production model. The styling is significantly different from the latest Buick models and certainly looks very different from the Electra concept we saw in fall 2020. The new fascia gets an L-shaped lighting signature and a rather low-mounted trapezoidal grille. The side profile looks a bit retro but clean, and features a floating roof effect with just the right amount of chrome application, while the rear-end gives off a shooting brake vibe. Notice how the taillights are sorta kinda embedded into the rear pillars. And of course, we’ve to talk about those doors; notice how the roof panels rise up a li’l bit to make ingress and egress easy.

Another highlight of the concept is the new Buick tri-shield logo, which according to the company, will be used on new production models starting next year. Other key features of the concept include thin-beam projector lenses for headlights; an external state of charge indicator on hatchback glass, and 18-spoke turbine-style wheels. 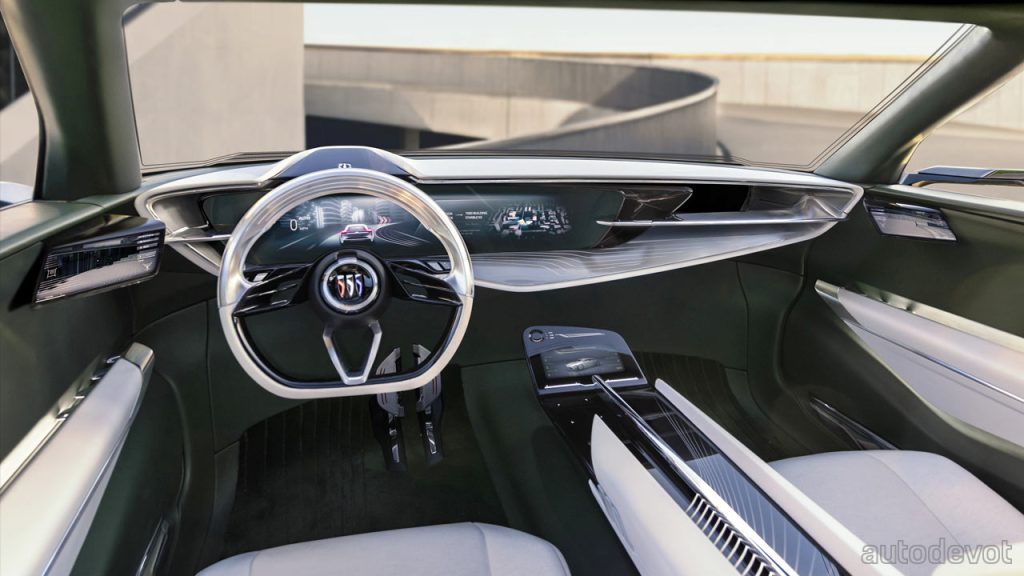 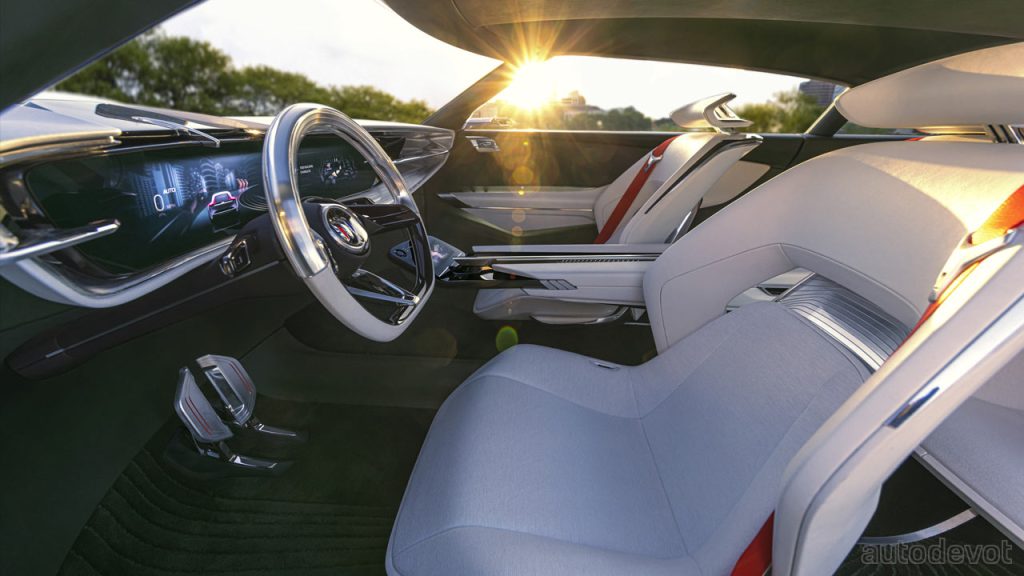 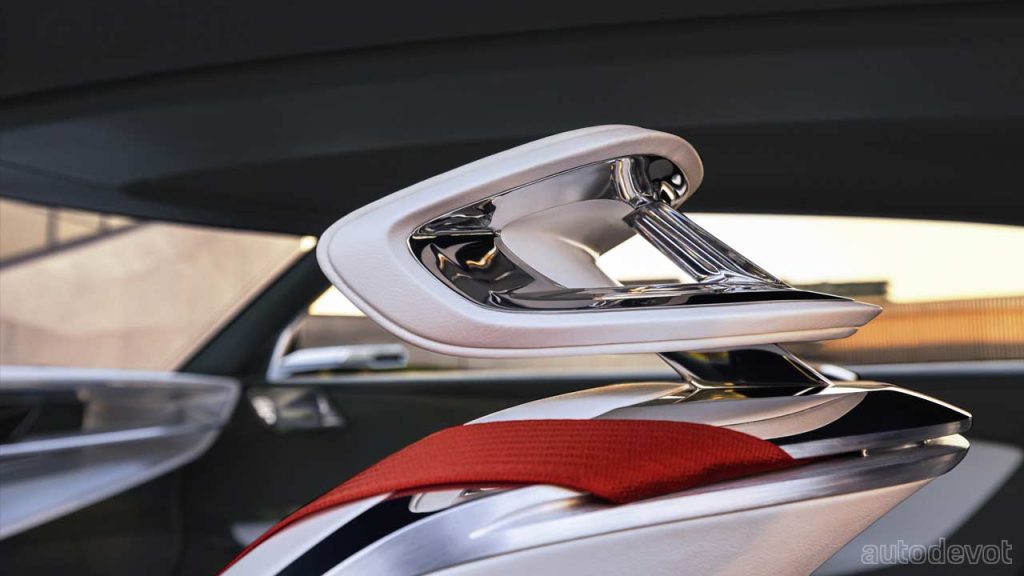 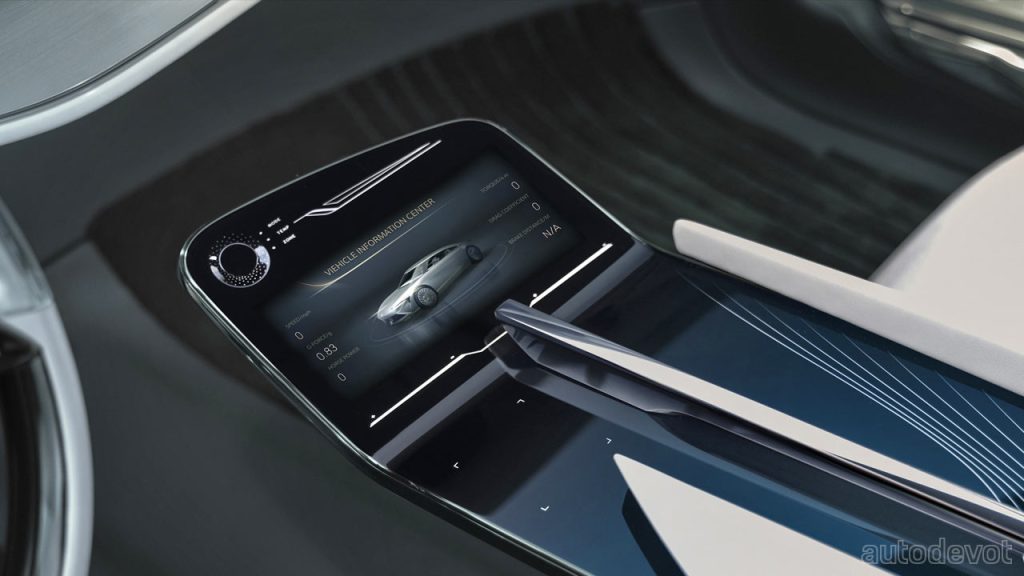 Inside, there are cockpit-style front seats with cantilevered headrests that appear to be floating, and a flat-bottom steering wheel that is truly flat and almost in a D-shape. And notice there are two extra displays for the outer rearview cameras. The overall styling on the inside looks rather busy and complicated with multiple layers and materials. In addition to a large display on the dashboard, the floating centre console also has another display. AI and biometrics are being used to personalize the vehicle to its occupants. If an increased heart rate is detected in the driver, for example, the vehicle can automatically tweak some settings to calm down the driver. The Zen Mode, for example, dims the cabin lights, disperses calming aromatherapy scents and activates massaging seats.