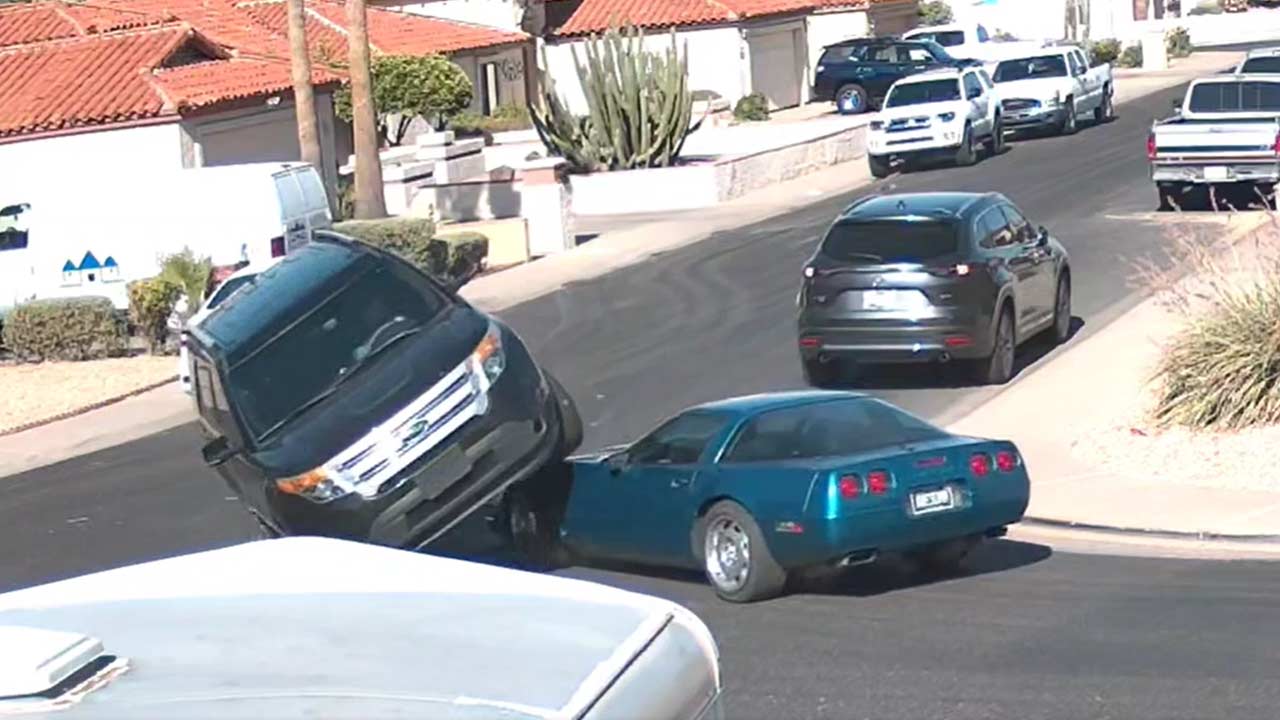 That’s right! There’s no other reason for an SUV to drive over a two-door sports coupe unless one of the drivers is either driving under the influence or busy using their phone. But in this case where a Ford Explorer drove over a C4 Corvette, both the drivers appeared to be distracted by their phones. Clearly, neither of ’em watched the South Park episode “Put It Down”, did they?

But surprisingly, the damage appears to be only the mirror and the side window, or at least that’s what the video tells us. There seems to be no damage on the rear windscreen. I hope the Corvette driver is okay.

That slopy front-end styling makes the C4 Corvette an easy ramp; any high-riding vehicle can drive over it with little to no effort. But anyway, I sincerely also hope that more people would watch the aforementioned South Park episode.