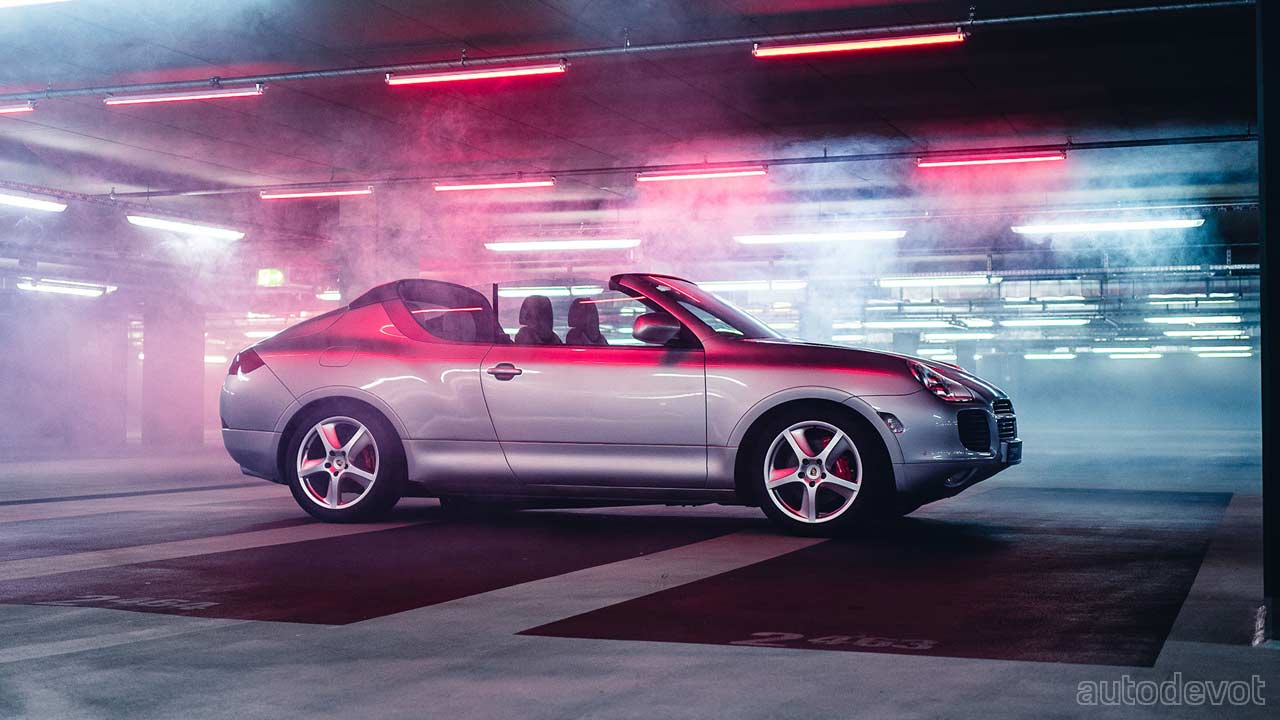 If you want a convertible SUV, you know, you press and hold a button and the roof drops down electrically, just like you’d do in a regular convertible car, what are the options? It’s probably only the VW T-Roc Cabriolet currently, and in the used market you can probably get a Nissan Murano CrossCabriolet or an Evoque Convertible. It’s not even a niche segment, and it comes down to the fact that there’s simply no demand for such a bodystyle. Indian carmaker SUV maker Mahindra showcased Stinger Convertible as a concept long ago, but it never became a reality and probably never will.

Soon after the debut of the first-gen Porsche Cayenne in 2002, three additional variants came in for consideration: a coupe, a variant stretched by 20 cm with an additional row of seats, and of course, a convertible. While the coupe became a reality in early 2019, the other two remained on papers. Well, the convertible was actually built, but only as a one-off, non-roadgoing, half-baked prototype. 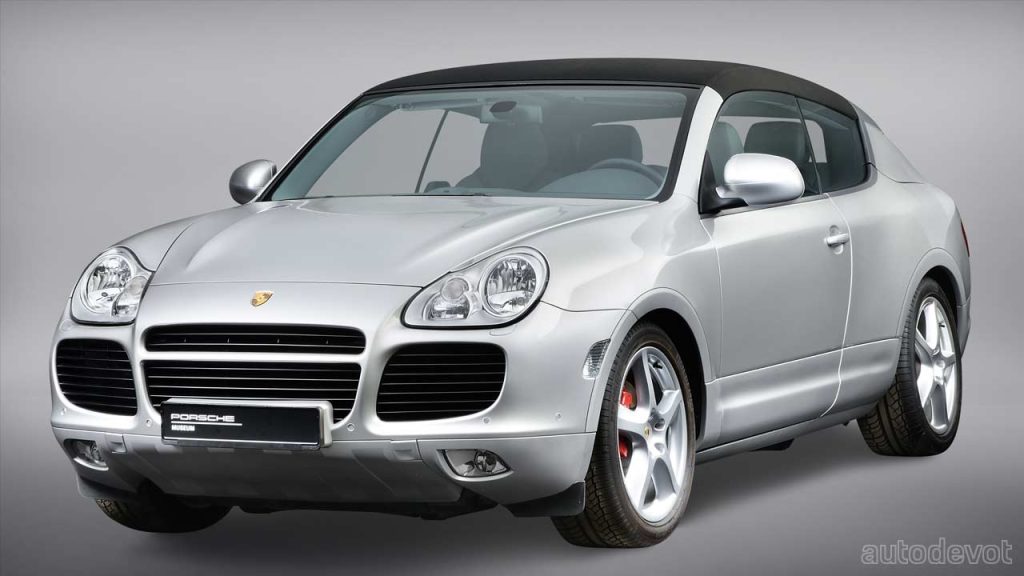 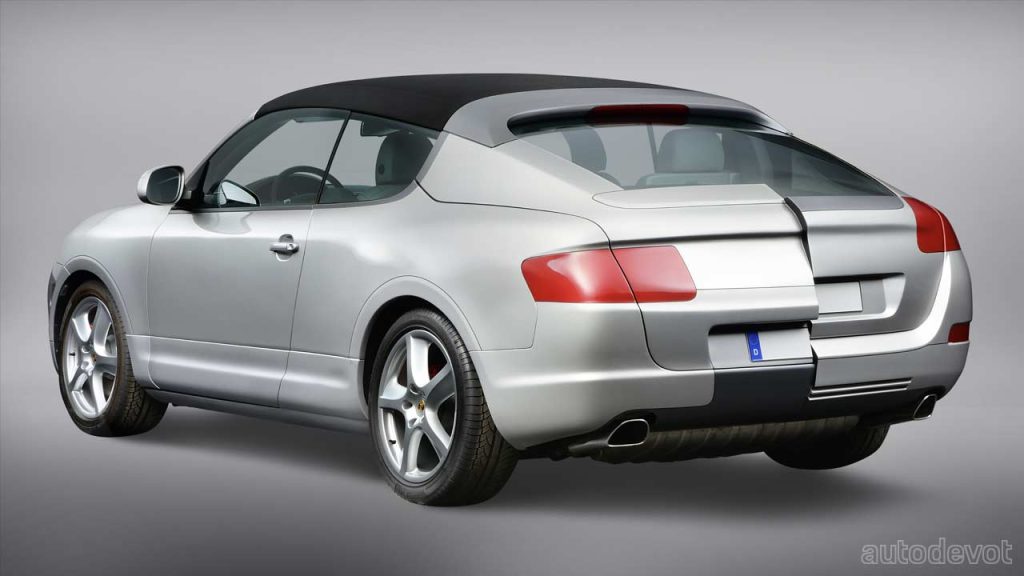 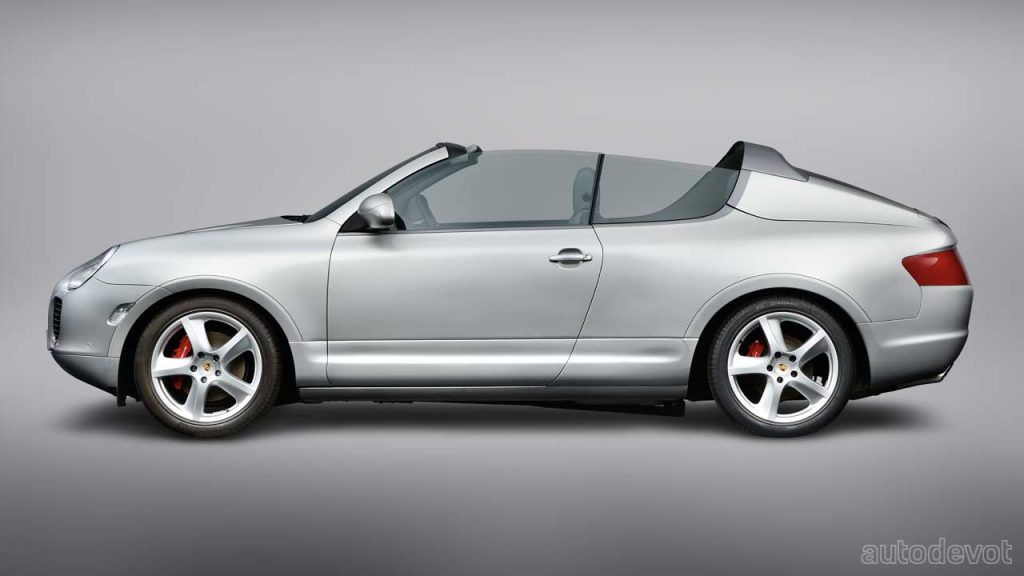 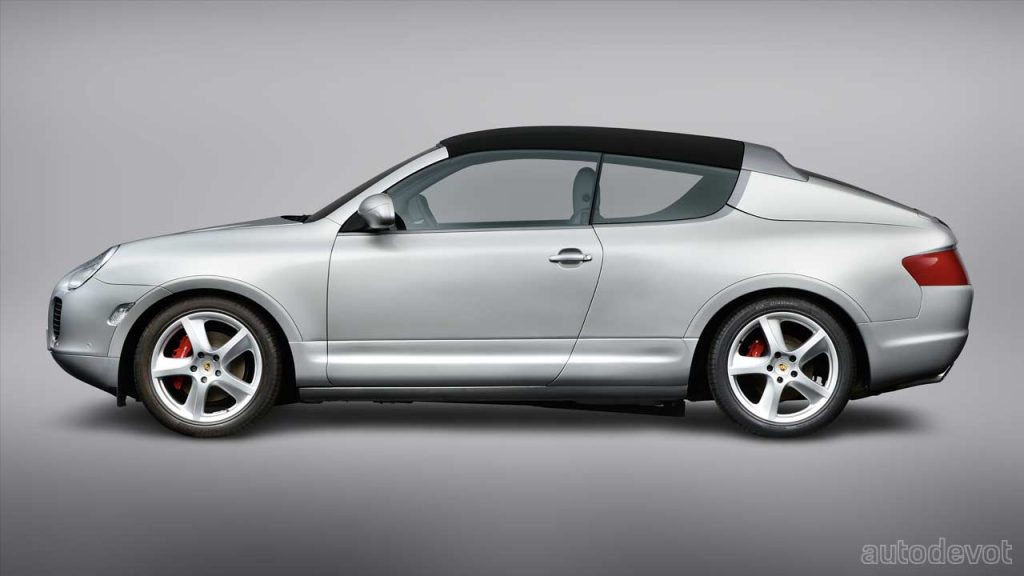 From the side profile, it kinda reminds me of an old Bentley Continental GT Convertible, but as you can see, the Cayenne Convertible has got a 911 Targa-inspired convertible top mechanism. The roof would travel over the fixed roll-over bar and be swallowed at the rear by the luggage compartment lid—which opened in the opposite direction, folding in a z-pattern, or at least that was the plan. Meaning, the mechanism never got past the computer simulation stage and therefore was never built as planned.

At the Porsche Museum where the one-off is currently stored, the fabric roof must be fitted manually—if required for some reason. And BTW, the doors of this supposed two-door Cayenne Convertible are 20 cm longer than those of the regular Cayenne. Also, you might have noticed that asymmetrical rear fascia; that was probably the design team at Porsche trying to figure out which one works best. 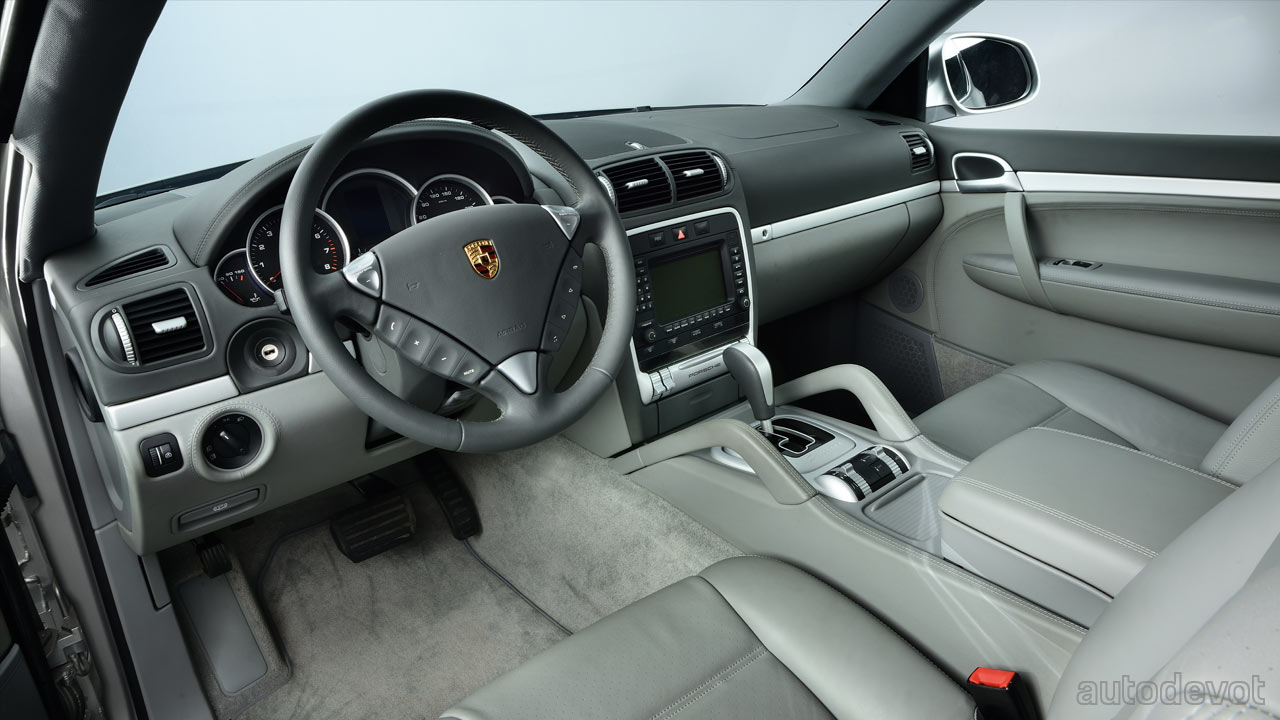 There were no changes in the cockpit, except that the windscreen is slightly shorter. So then, why didn’t the Cayenne Convertible become a reality? Well, forecasts regarding profitability were not particularly promising and doubts remained as to whether the car would look as appealing as a Porsche should, the company said in an official release. Michael Mauer, the current design boss who was not yet in office in 2002, offers another explanation: “An SUV as a convertible is a challenge both aesthetically and formally. An SUV always has a large and heavy body. You combine this with a small top half and then cut off the roof—you get very strange shapes emerging from that”.

Hmm.. I kinda agree with Mauer, but personally, I also like the idea of a convertible SUV.