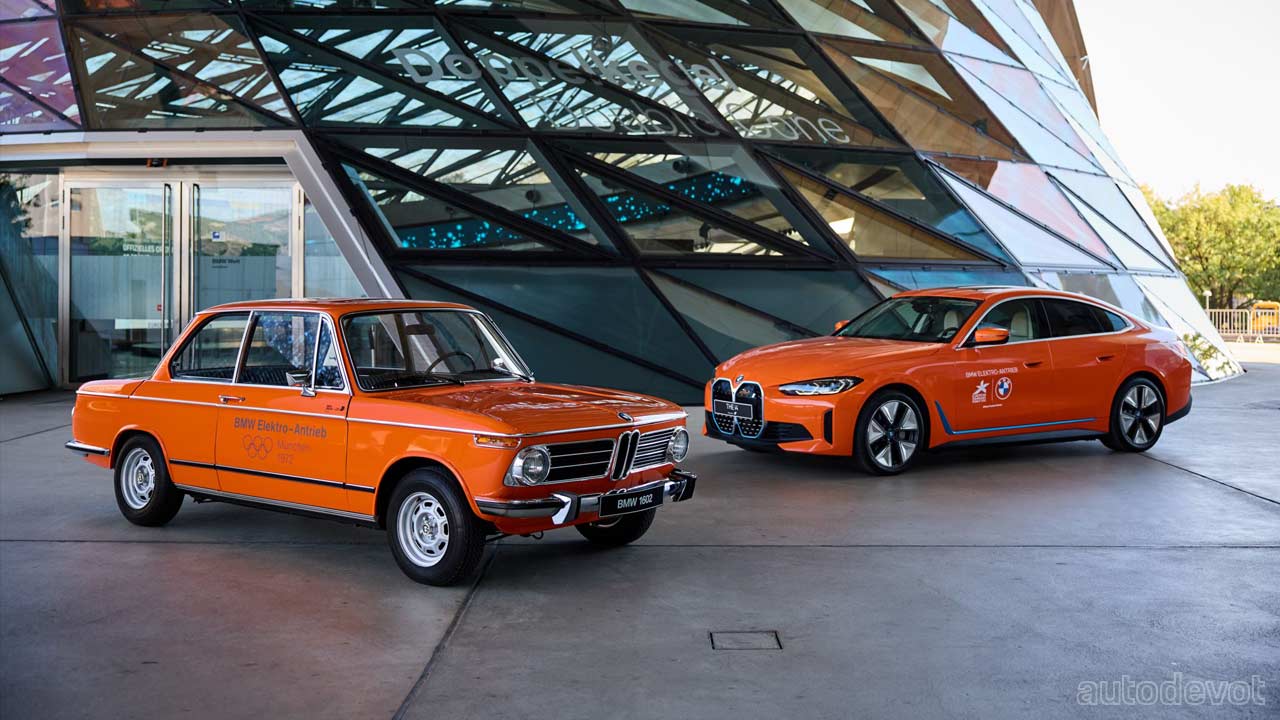 That’s right, the i3 (hatchback) might be BMW’s first mass-produced electric vehicle, but the company’s attempts of making an electric vehicle dates back to the early ’70s when the petrol-powered 02 Series coupe (3 Series predecessor) got converted into 1602 Elektro-Antrieb (electric drive) specifically for the 1972 Olympic Games in Munich. BMW built only two units as support vehicles. 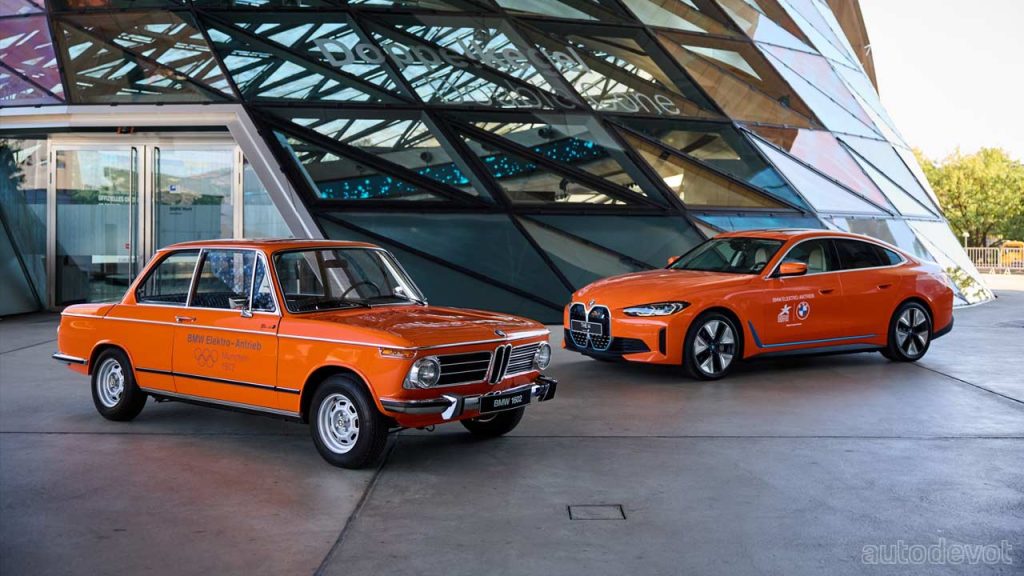 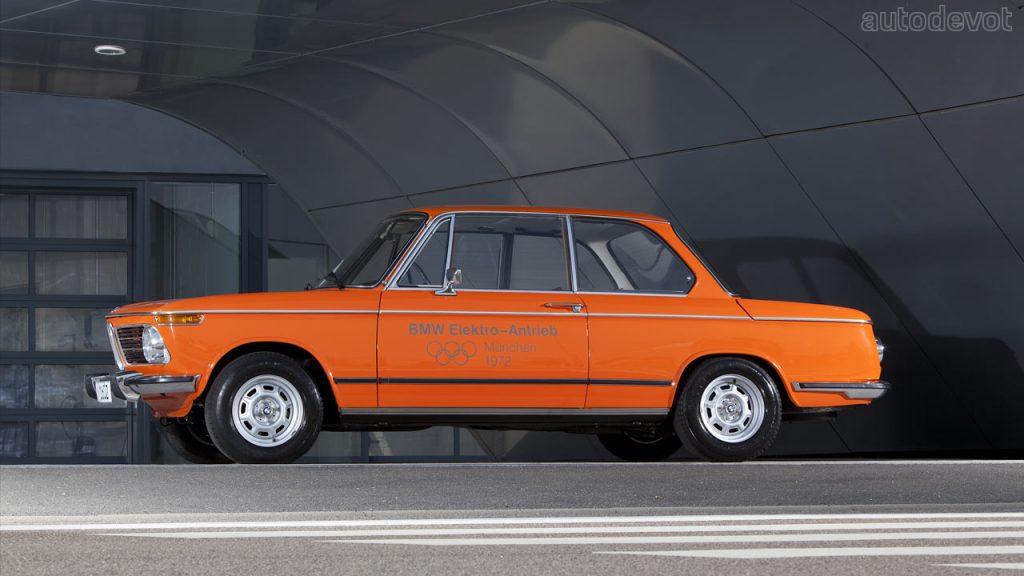 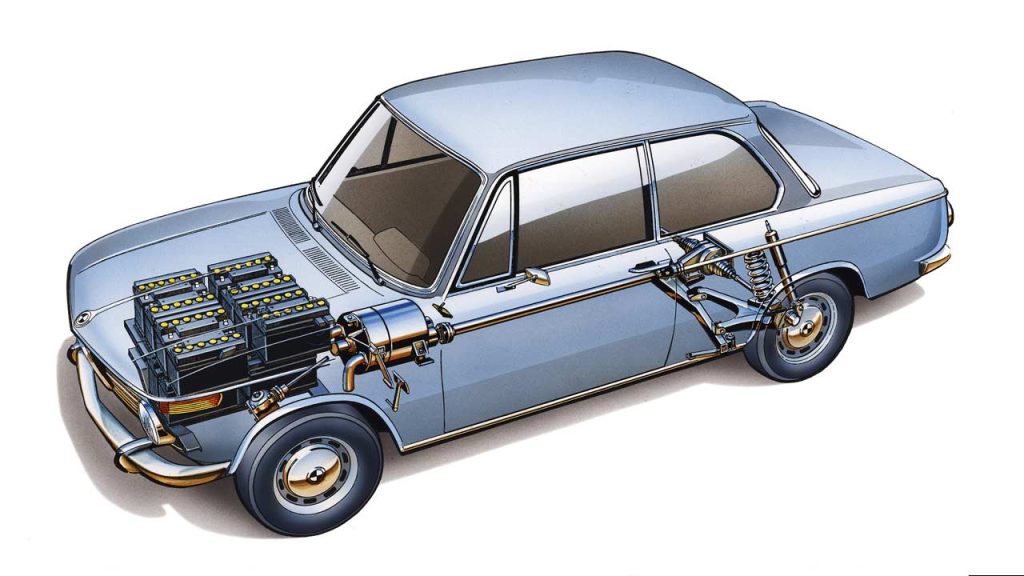 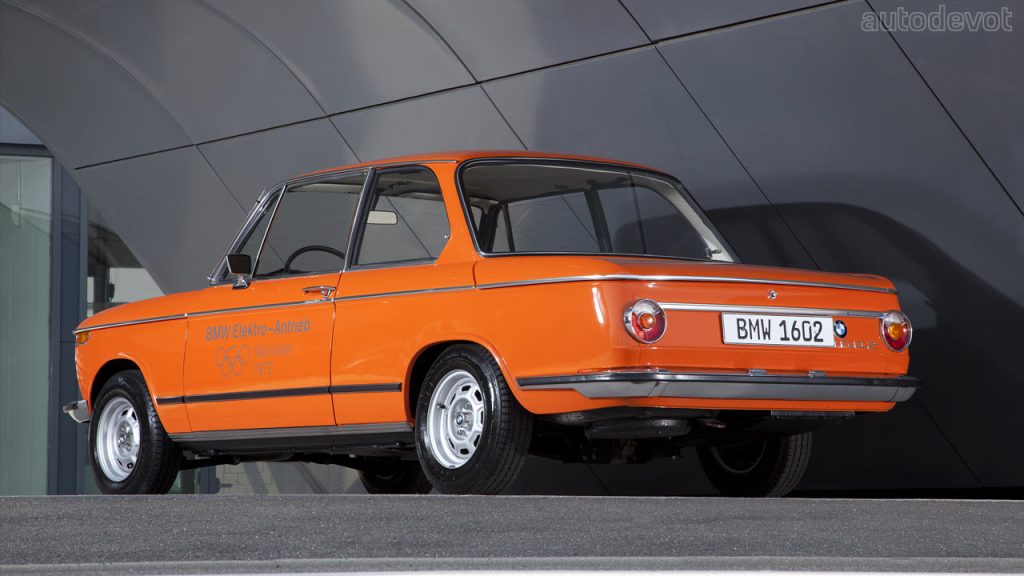 Except for the Olympic decals on the doors, the electric converted model had no other visual differentiation whatsoever compared with the ICE-powered model; not that it needed any. In fact, the differences have been kept to bare essentials, visual or otherwise. I mean, the front engine (electric motor here, of course) with rear-wheel-drive layout has been maintained, which I think is pretty cool. 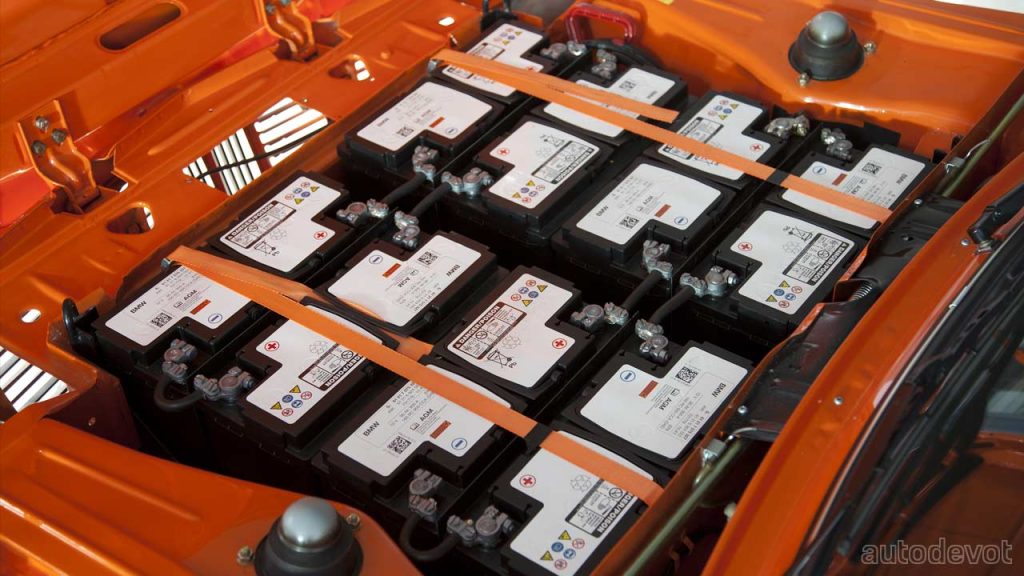 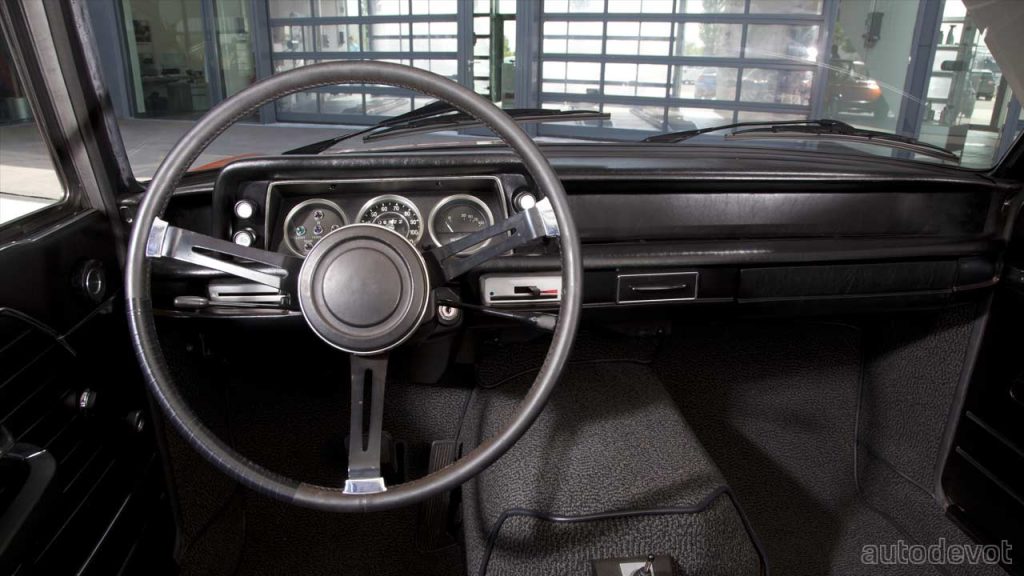 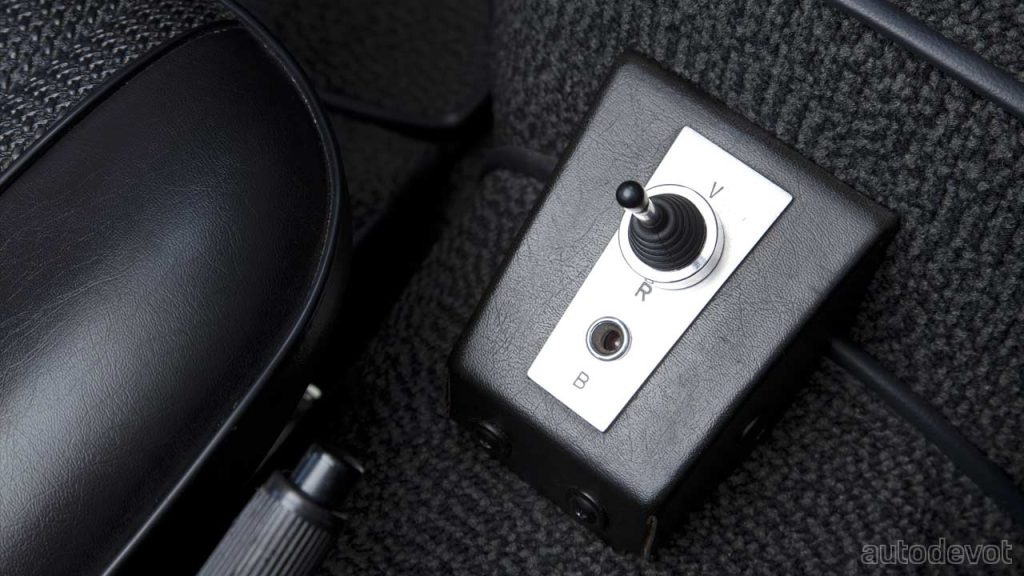 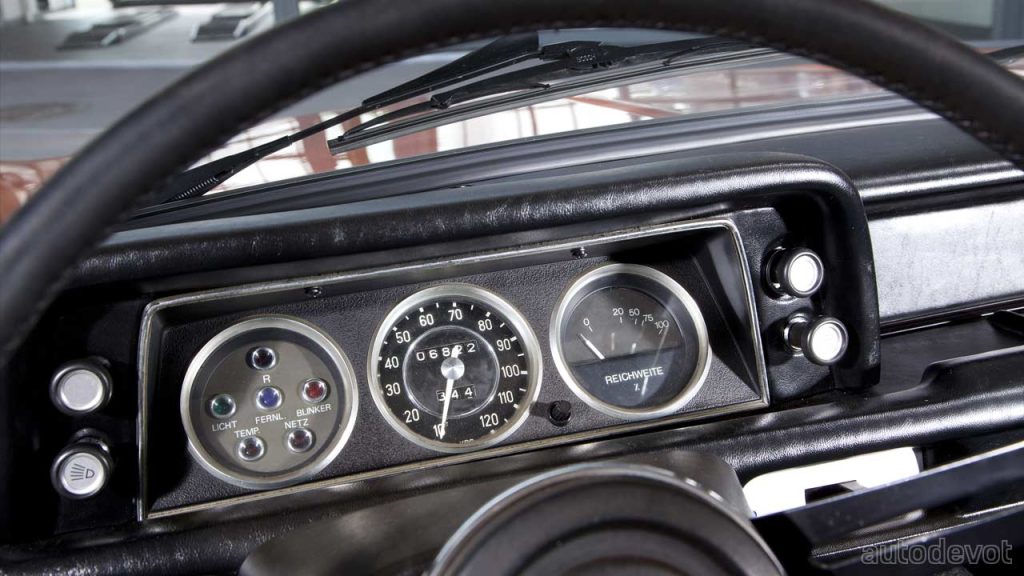 Of course, the “engine bay” has been filled with batteries; twelve lead-acid batteries to be specific, which weighed a combined 350 kg (772 lbs). The range was ~60 km (37 mi), which I guess is pretty good for a first attempt back in the ’70s. The motor produced ~32 kW (43.5 metric hp), which is significantly less compared with the ICE-powered 1600 and 1602 counterparts, but remember, the 1602 Elektro-Antrieb was just an experiment at the time.