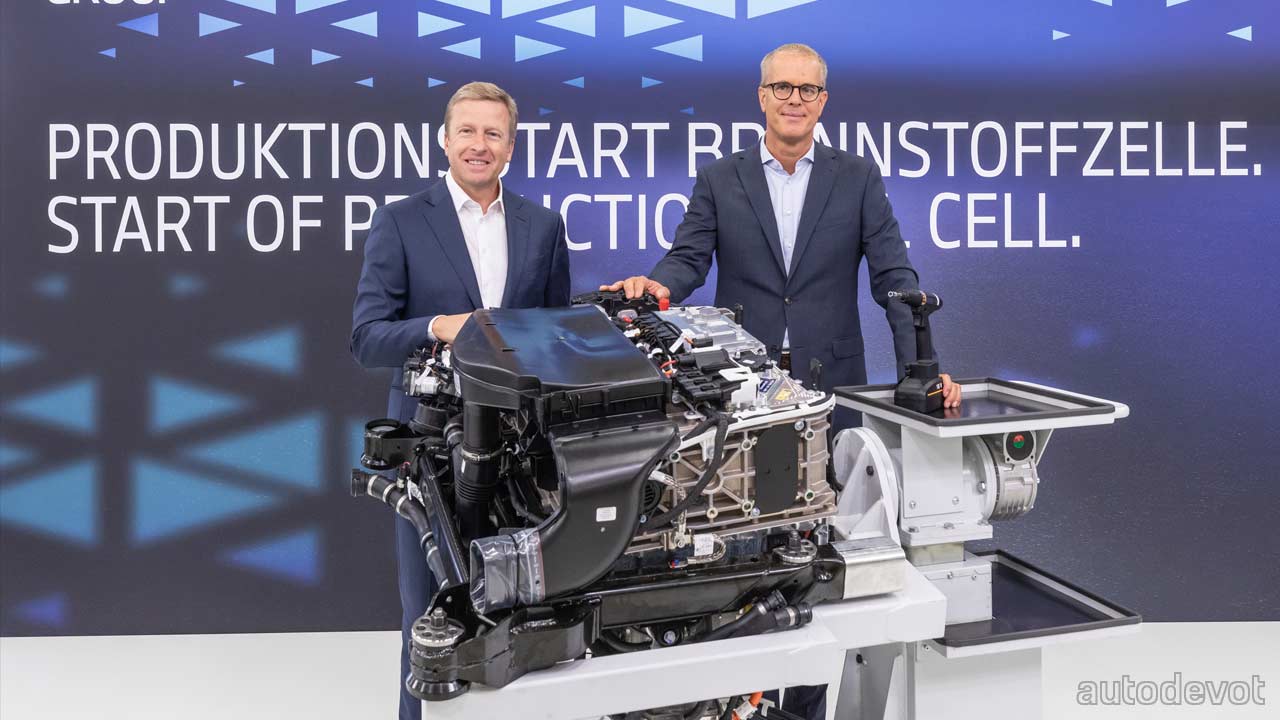 As you probably know, BMW is baking a hydrogen fuel cell version of the X5 SUV with some help from its Japanese friend since early 2020. The SUV is almost ready to go into series production, but before that, BMW has commenced fuel cell system production at the company’s competence centre for hydrogen in Munich. Chairman Oliver Zipse and Member of the Board responsible for Development Frank Weber inaugurated the operations recently. 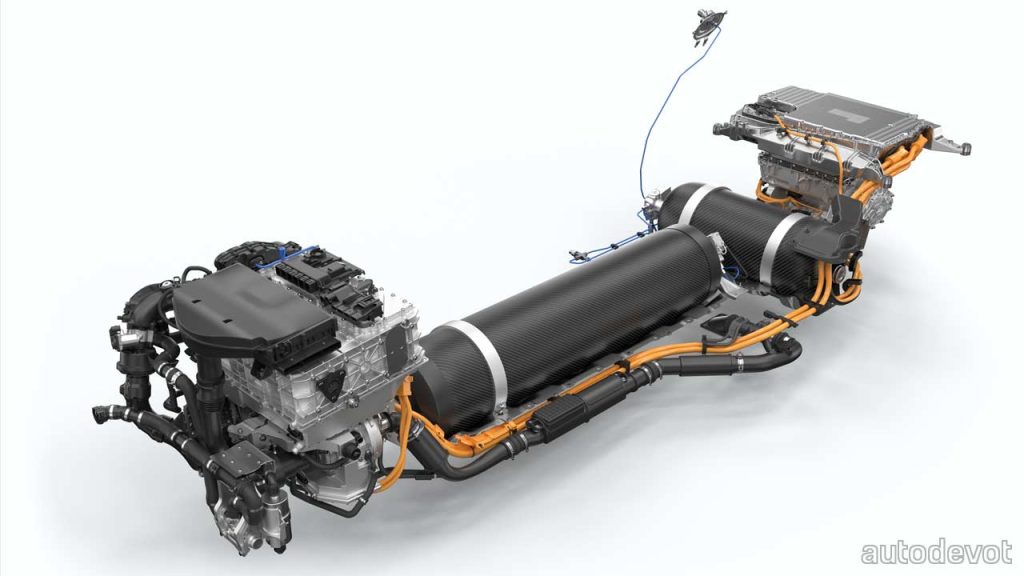 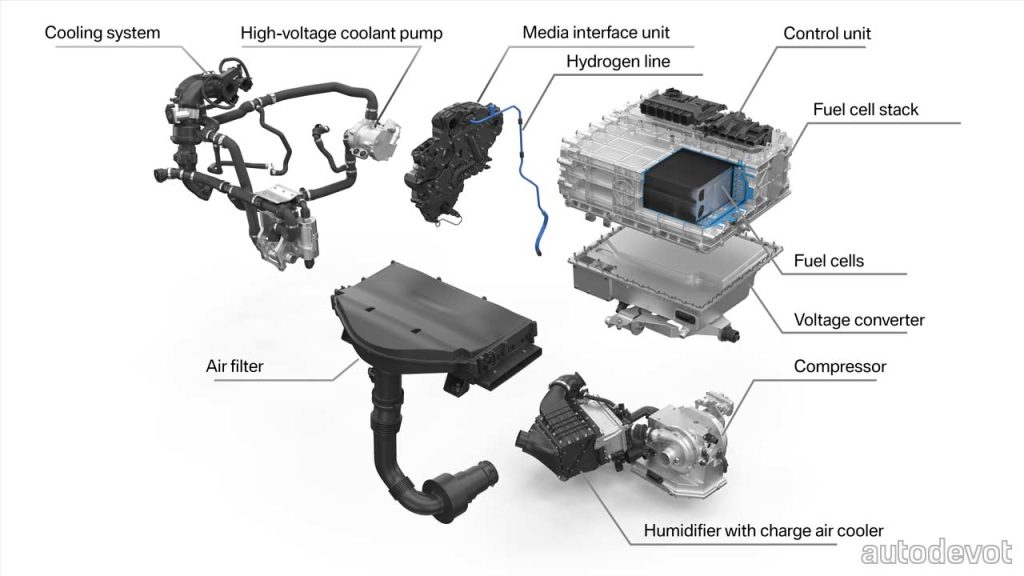 Toyota is supplying the fuel cells and of course, the know-how of making a fuel cell electric vehicle. Which means there are probably Toyota engineers guiding Germans during the assembly in Munich. Speaking of assembly, the first thing that’s gonna happen is taking the individual fuel cells and making them into a fuel cell stack; you know, it’s kinda like taking individual lithium-ion cells and making a battery pack or a battery module. Only after a voltage test along with extensive testing of the chemical reaction within the cells passes, the rest of the assembly process continues. Open up the images above to see the components involved in the X5 fuel cell system.

The system uses hydrogen as a fuel by converting it into electricity in a fuel cell—delivering an electrical output of up to 125 kW, with water vapour as the only emission. How does that work? Well, you need to know some basics of quantum mechanics, but here’s a quick and dirty explanation: electrons are separated from the hydrogen atoms at the anode and are made to travel towards the cathode via a circuit generating electricity. You know that electricity is nothing but a movement of electrons in a circuit, right? Well, moving on, while that happens, the hydrogen atoms pass right through the electrolyte and join the oxygen atoms at the cathode forming water vapour. Understood? Great!

The electric motor doesn’t completely rely on the fuel cell power though. A “performance buffer battery” is also used for acceleration manoeuvres, you know, when the driver wants to have some fun, and/or when there’s a need to overtake. And as a result, the system delivers an output of 275 kW (374 metric hp). The hydrogen is stored in two 700-bar tanks made of carbon-fibre reinforced plastic (CFRP), which together hold 6 kg (13.2 lbs) of hydrogen.