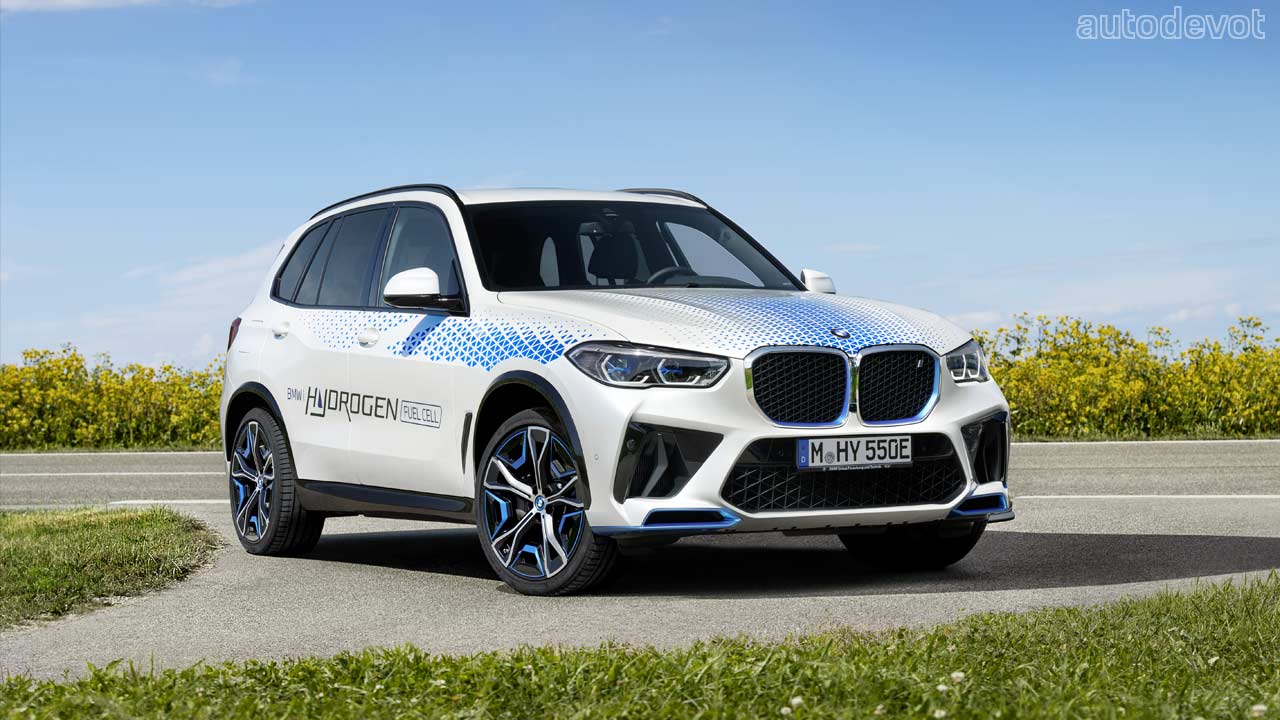 BMW has been working on a hydrogen fuel cell version of the X5 since early 2020, which is probably not gonna be fully ready until the end of next year. However, BMW is excited to showcase the iX5 Hydrogen prototype at the IAA Mobility 2021 in Munich, this September. 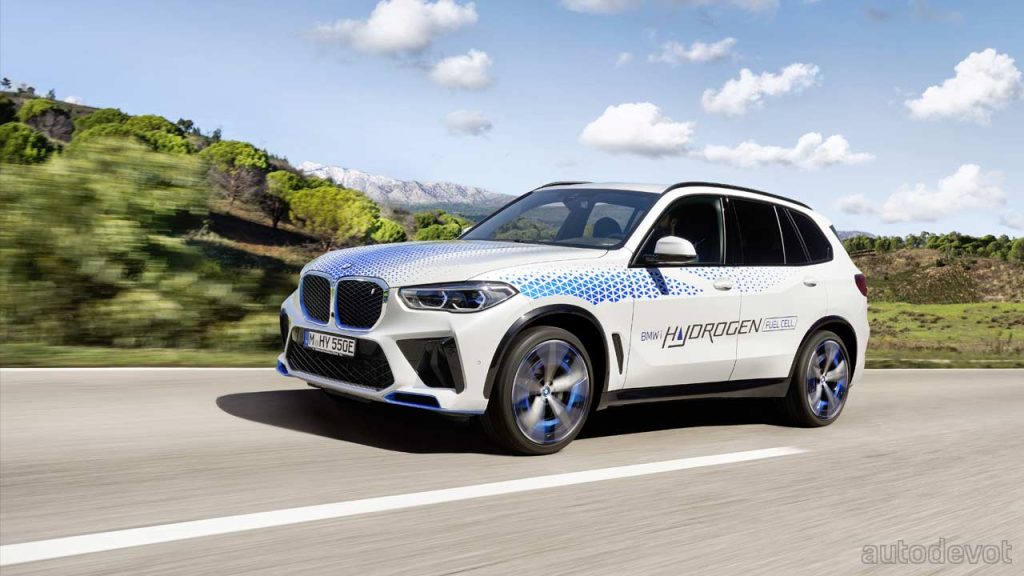 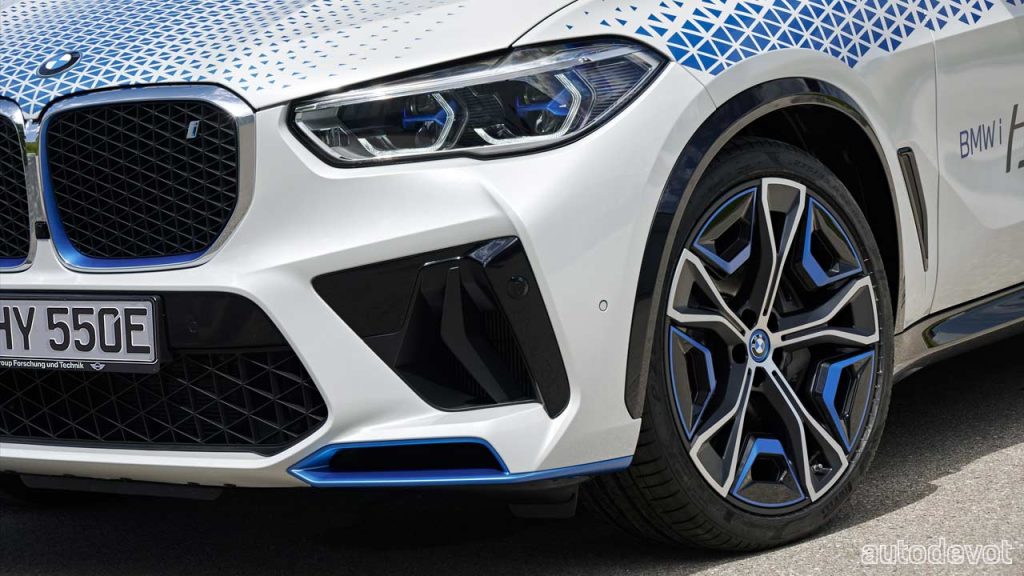 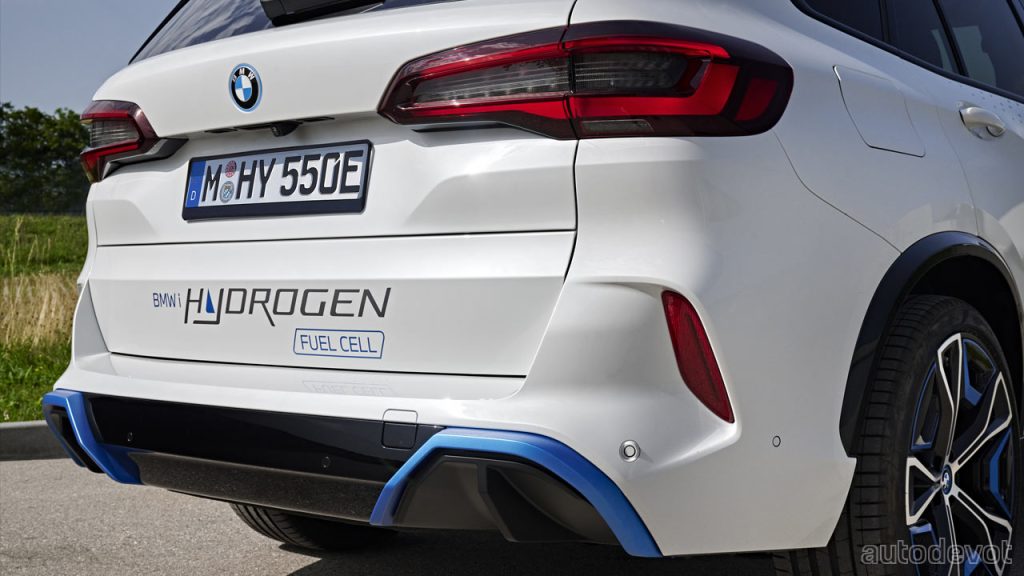 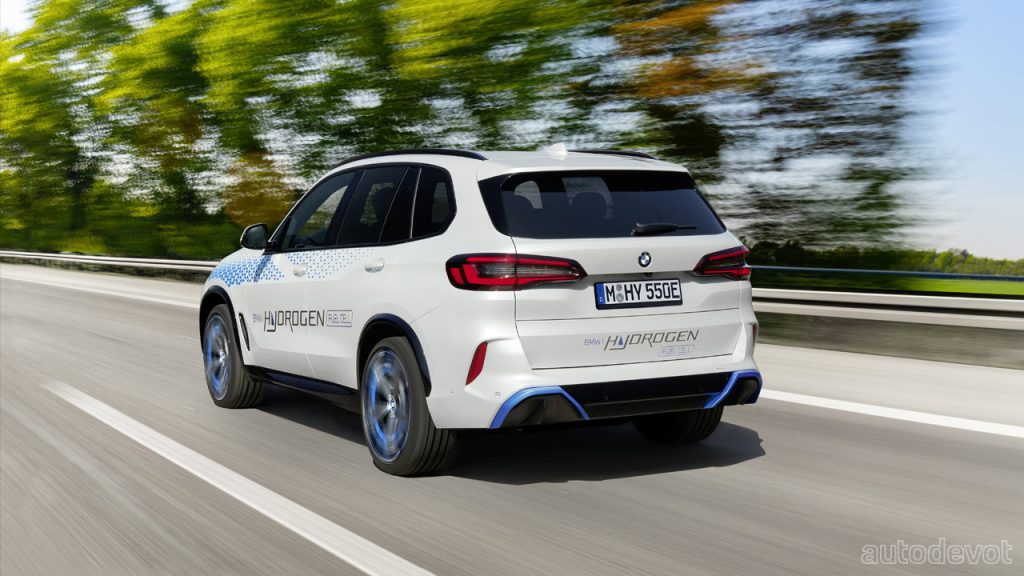 BMW said that a small number of prototypes will be used for demonstration and testing purposes from the end of next year. The styling isn’t dramatically different compared to a regular X5, but there are some subtle blue accents on the front and rear fascias. The 22-inch aerodynamically optimized wheels also feature the BMW i Blue accents. The wheels are wrapped with Forest Stewardship Council-certified tyres. And, certain elements on the front and rear bumper are produced via 3D printing. 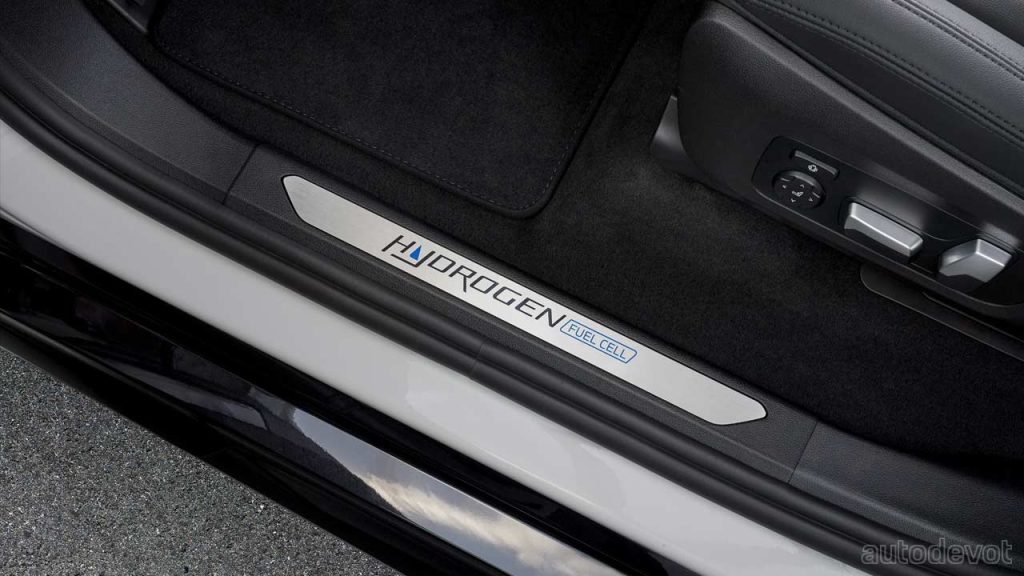 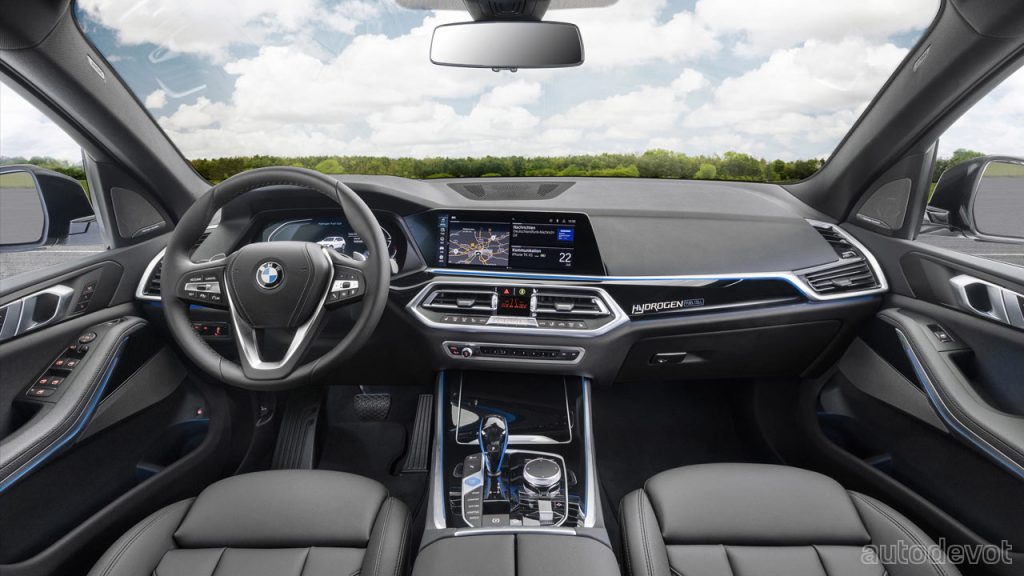 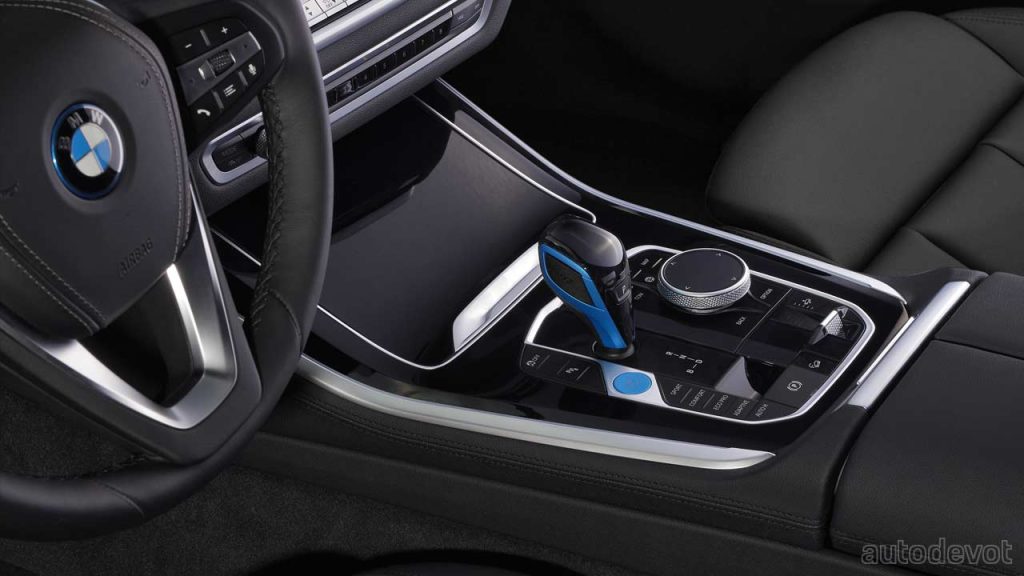 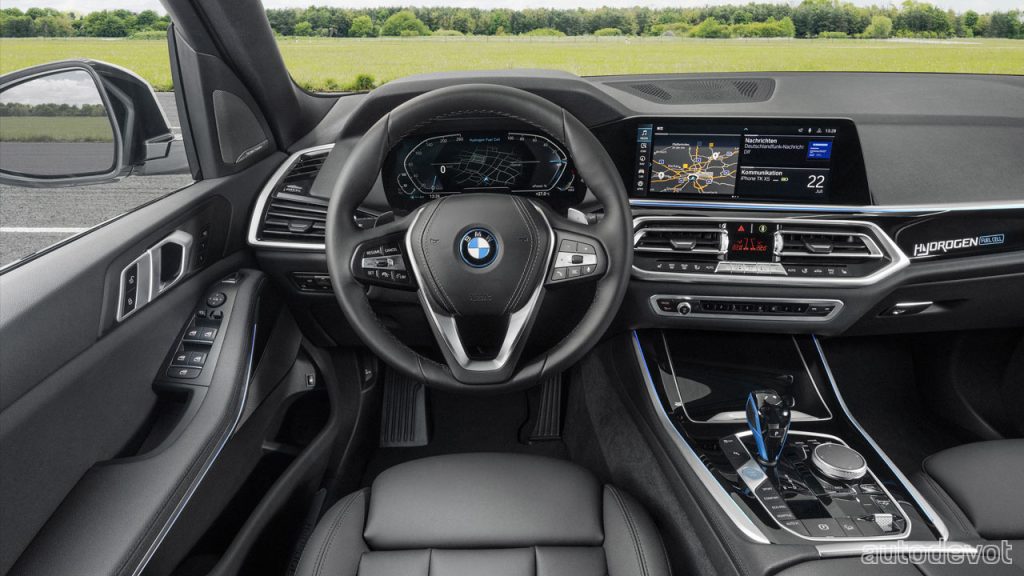 The cabin features the aforementioned i Blue accents in a subtle and tasteful way. What is not-so-subtle however, is a massive ‘Hydrogen Fuel Cell’ branding on the passenger side of the dashboard and on the door sills. But again, remember, this is a prototype, and so the final product might differ. 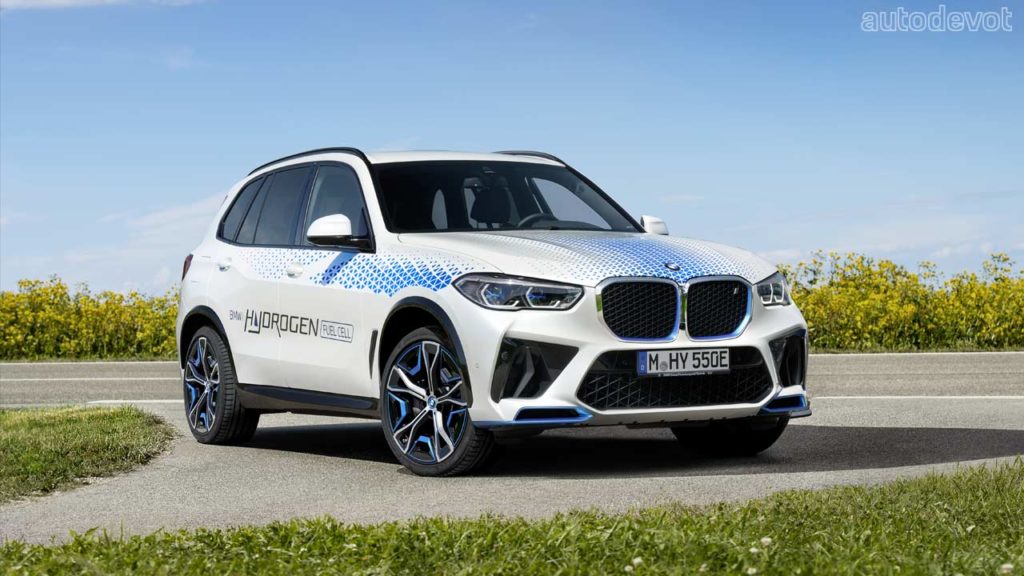 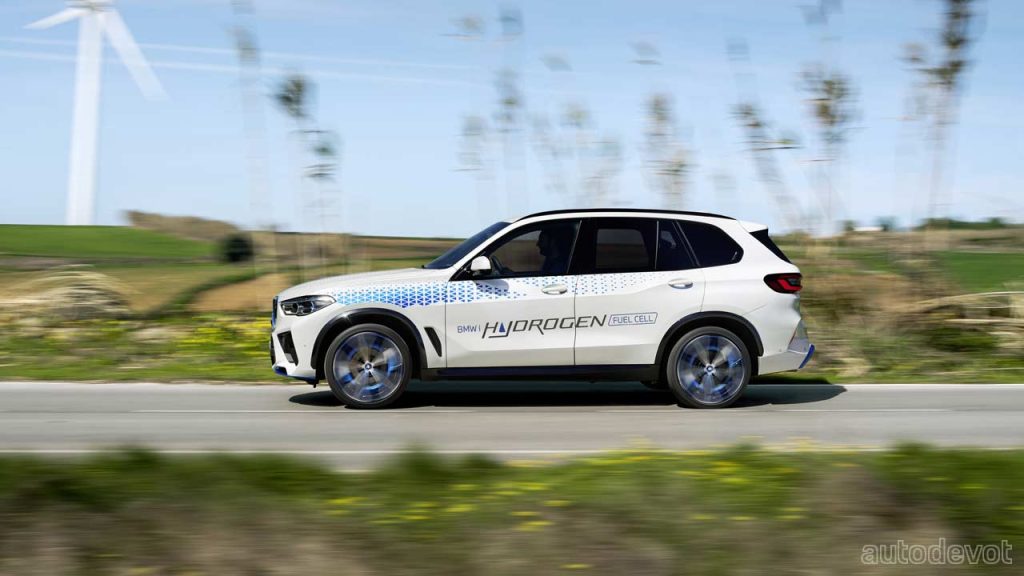 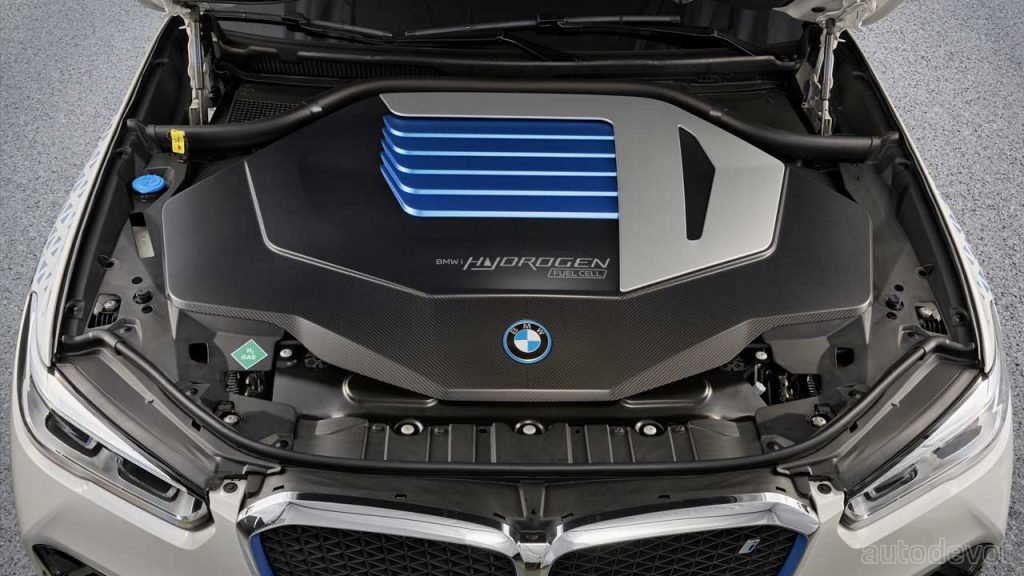 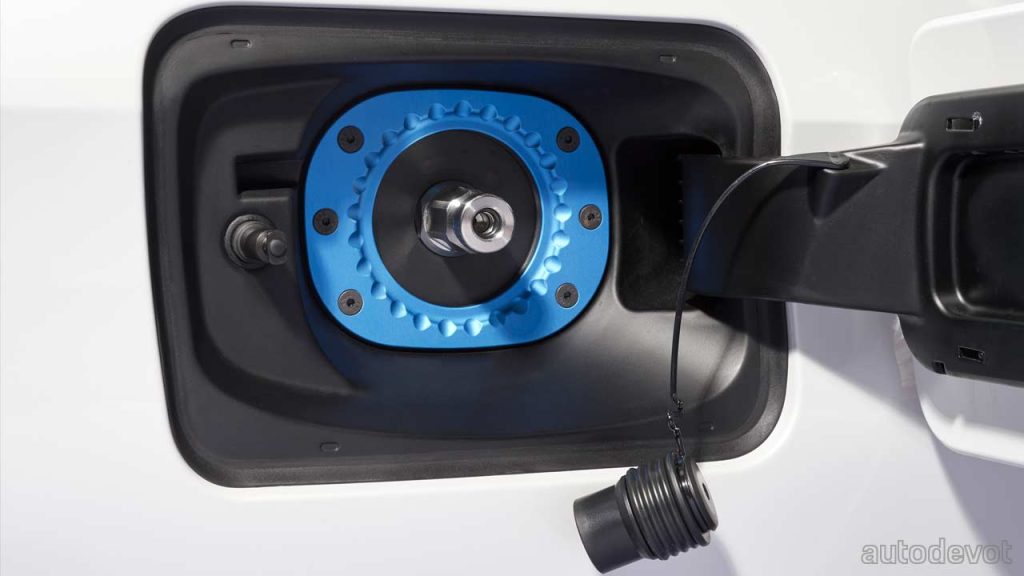 The iX5 Hydrogen borrows the fuel cell technology from Toyota (more specifically, the Mirai), and combines it with BMW’s fifth-generation eDrive unit. The drive system uses hydrogen as a fuel by converting it into electricity in a fuel cell—delivering an electrical output of up to 125 kW (170 metric hp), with water vapour as the only emission.

The electric motor doesn’t completely rely on the fuel cell power though. A “performance buffer battery” is also used for acceleration manoeuvres, you know, when the driver wants to have some fun, and/or when there’s a need to overtake. And as a result, the system delivers an output of 275 kW (374 metric hp).

The hydrogen is stored in two 700-bar tanks made of carbon-fibre reinforced plastic (CFRP), which together hold 6 kg (13.2 lbs) of hydrogen.