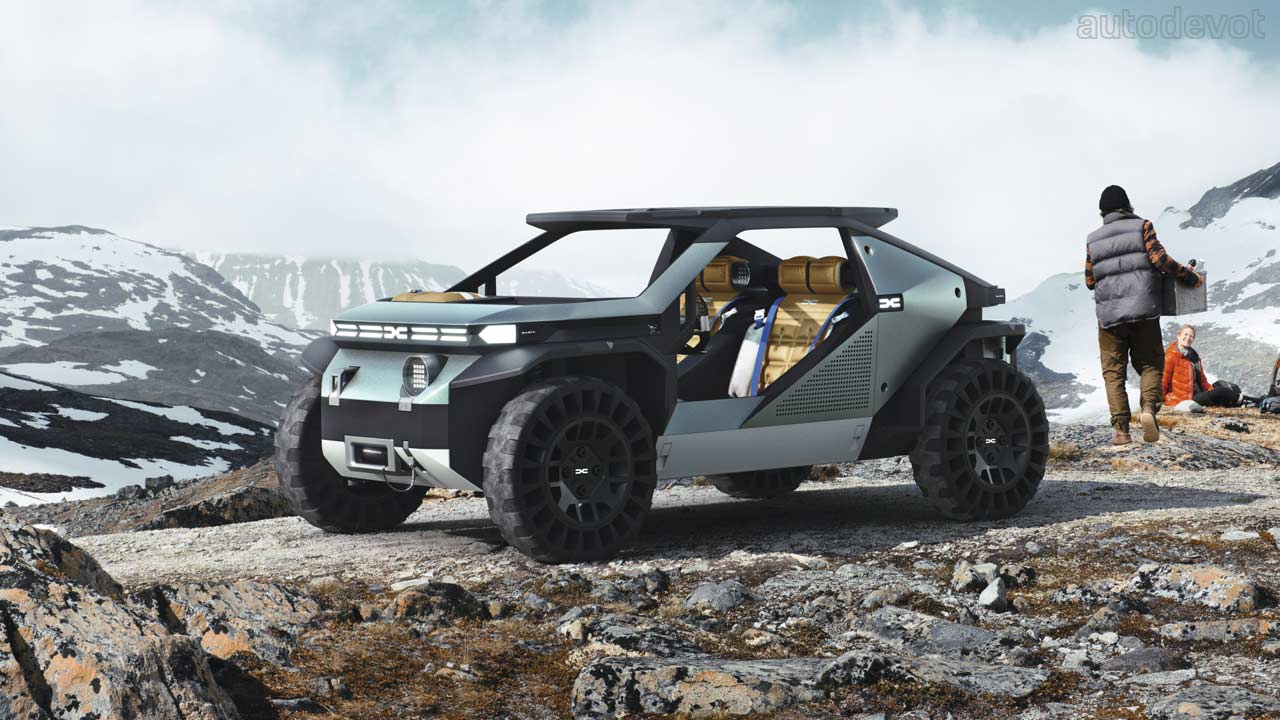 One of the interesting concepts to be showcased at the Paris Motor Show next month is gonna be the Dacia Manifesto concept. According to the company, it’s more of an idea lab, and some of its features are expected to be incorporated into future Dacia vehicles. 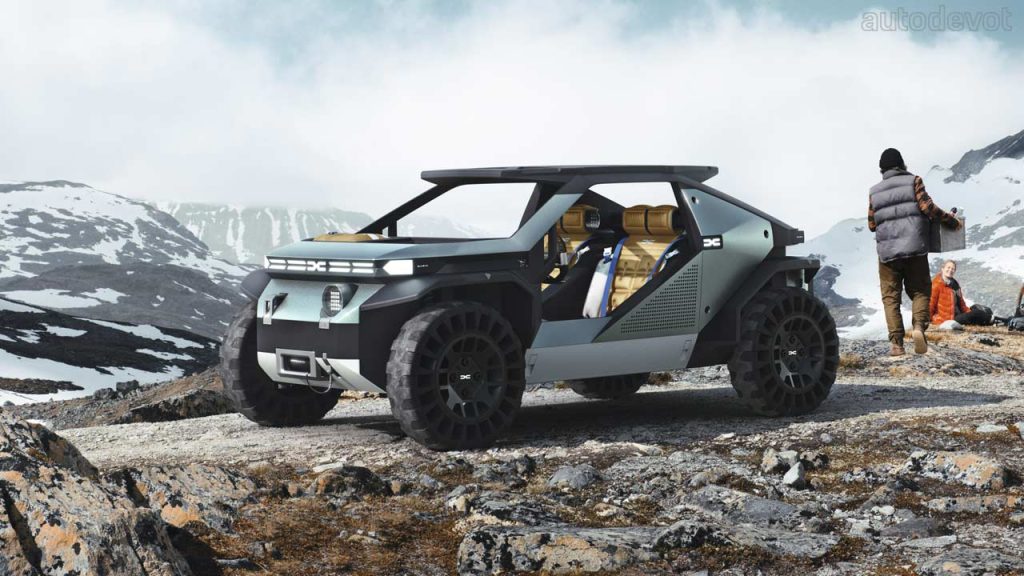 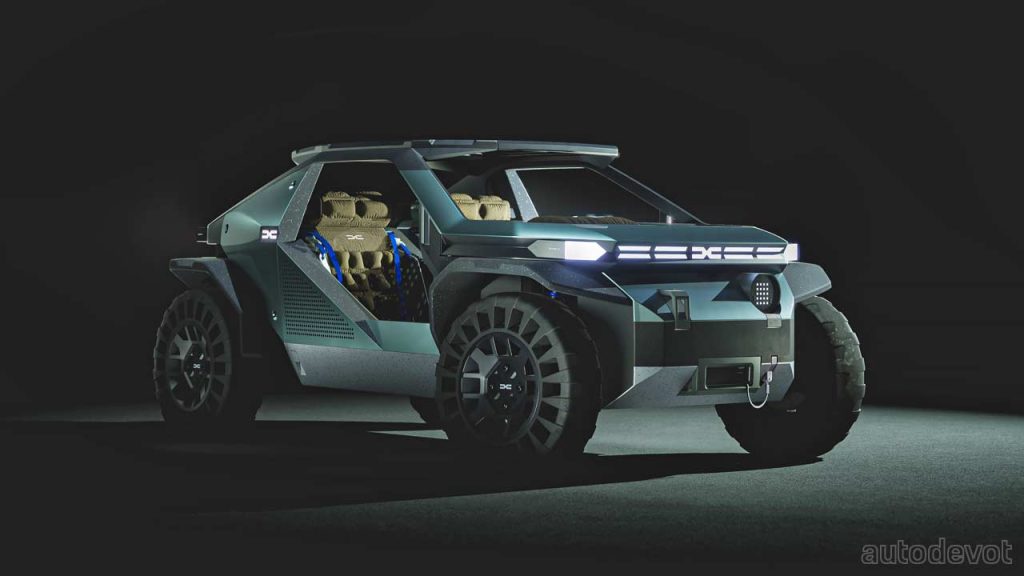 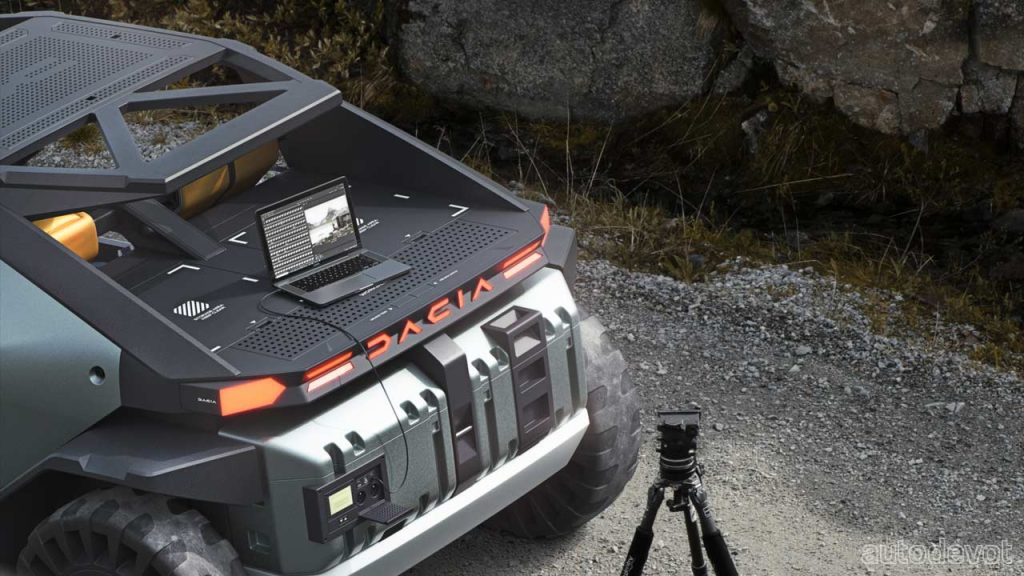 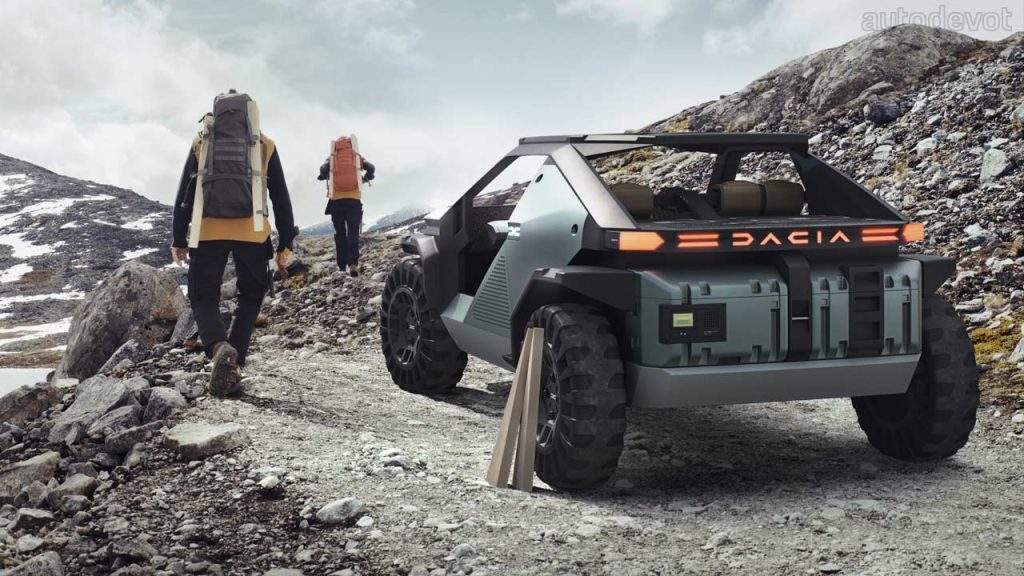 So, what exactly are we looking at here? Well, the concept has got no doors, no windows, not even a windshield.. and you know what? There’s no touchscreen infotainment either, but that’s okay, you can Bring-Your-Own-Device that could be integrated into the vehicle’s onboard computer. But anyway, the upper lights you see on the front fascia are just running lights, and there’s only one headlight (on the left side) underneath that strip of lights, because why use two if one can offer all you need? And apparently, the headlight can be detached to be used as a powerful torchlight.

Also, Dacia says that the plastic body parts contain a significant portion of recycled material called Starkle, made from processed polypropylene. The roof comes with flush-fit barricades that can be opened up to carry and secure stuff. Is that a battery pack at the rear? Well, yes, and it can be removed should you need to use it to power something when you’re out on an adventure. Another key highlight on the exterior is the concept’s puncture-proof airless tyres. 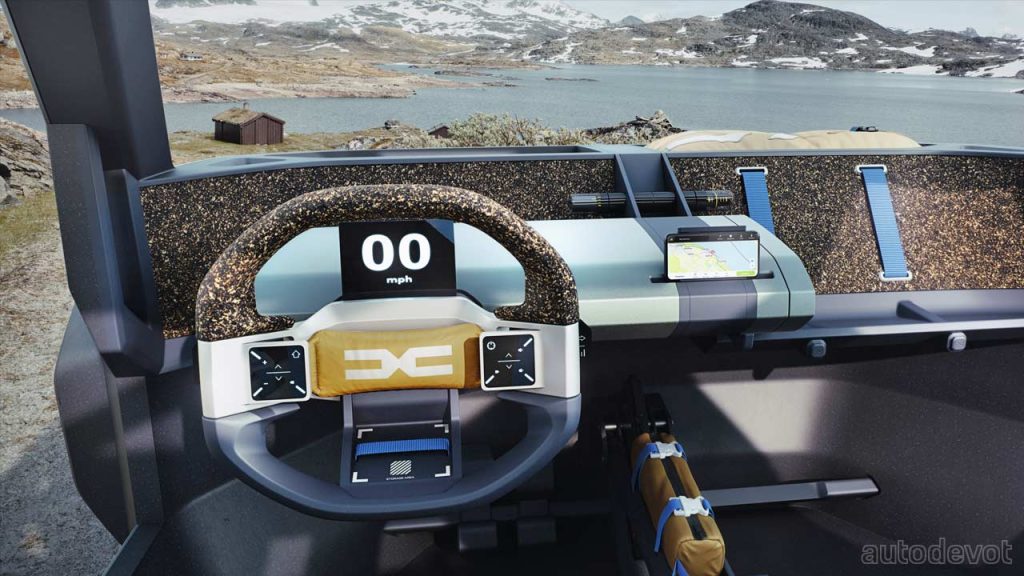 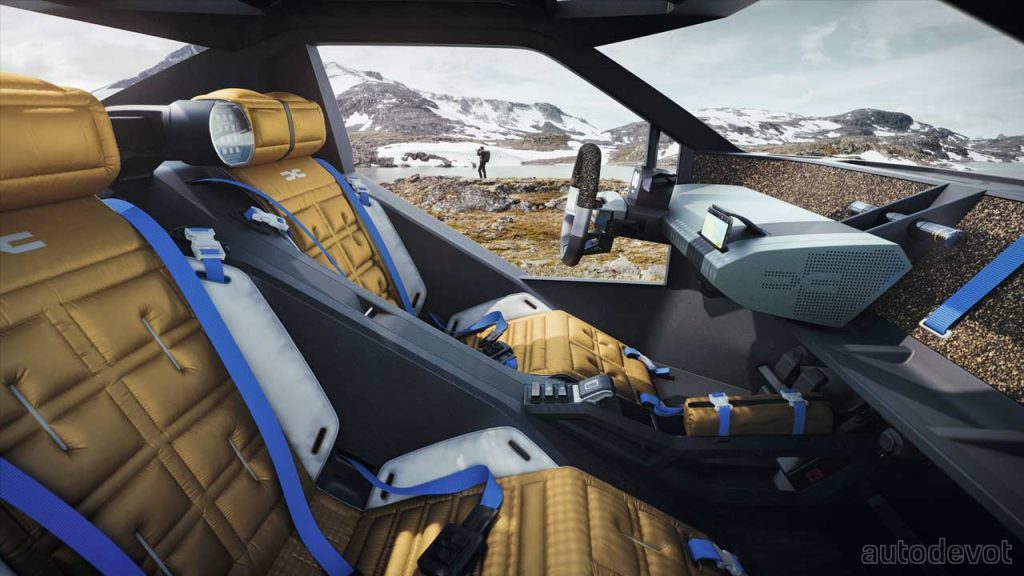 On the inside too, sustainability is the order of the day. The dashboard, for instance, is covered with cork; the same is used on the steering wheel’s upper part as well. The seat covers are removable so that you can make them into sleeping bags. Dacia says that the Manifesto concept is waterproof on the inside as well, and you can apparently clean with a water jet. But just make sure to take your smartphone off the dashboard, coz you know, better to be safe than sorry.