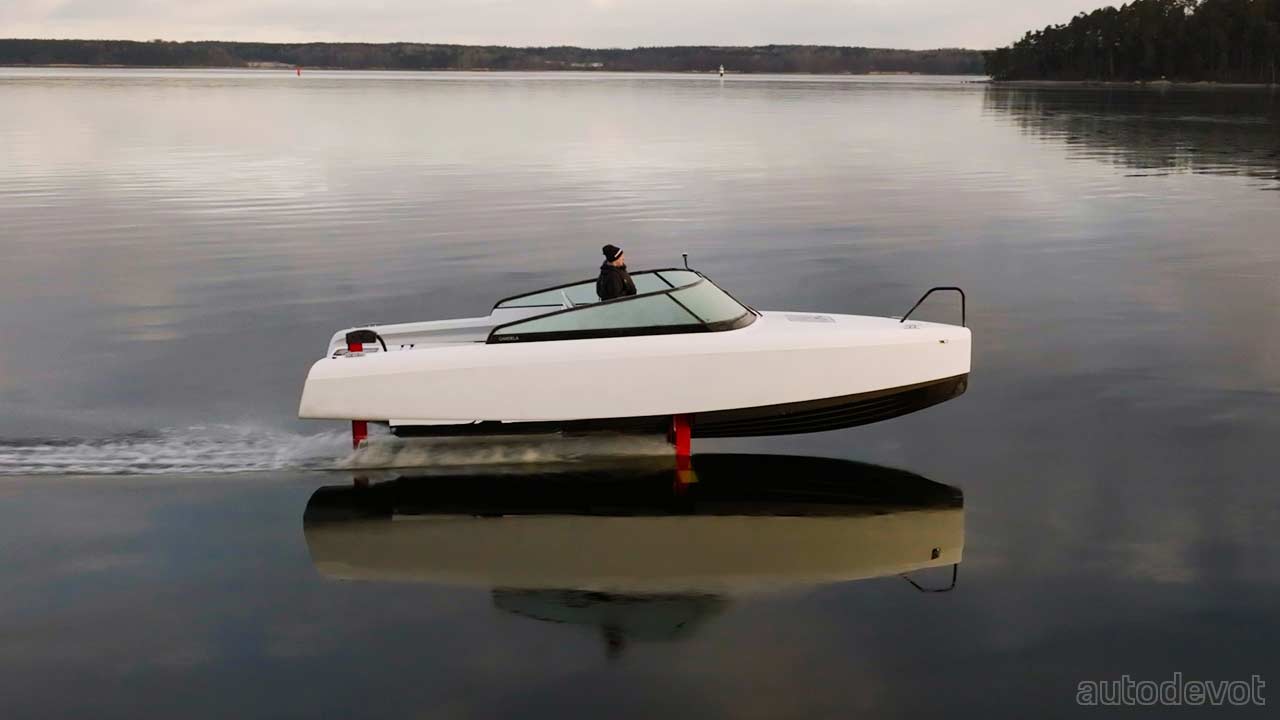 Polestar has teamed up with Swedish hydrofoil electric boat company Candela to supply the latter with battery and charging systems. This agreement marks a first for Polestar to supply its battery tech to a third party. For the uninitiated, hydrofoil boats differ from traditional boats by lifting the boat’s hull completely out of the water with the help of hydrofoils (marine-equivalent of aerofoil) mounted on struts below the hull. This reduces friction and helps the boat achieve more speed while consuming less fuel. 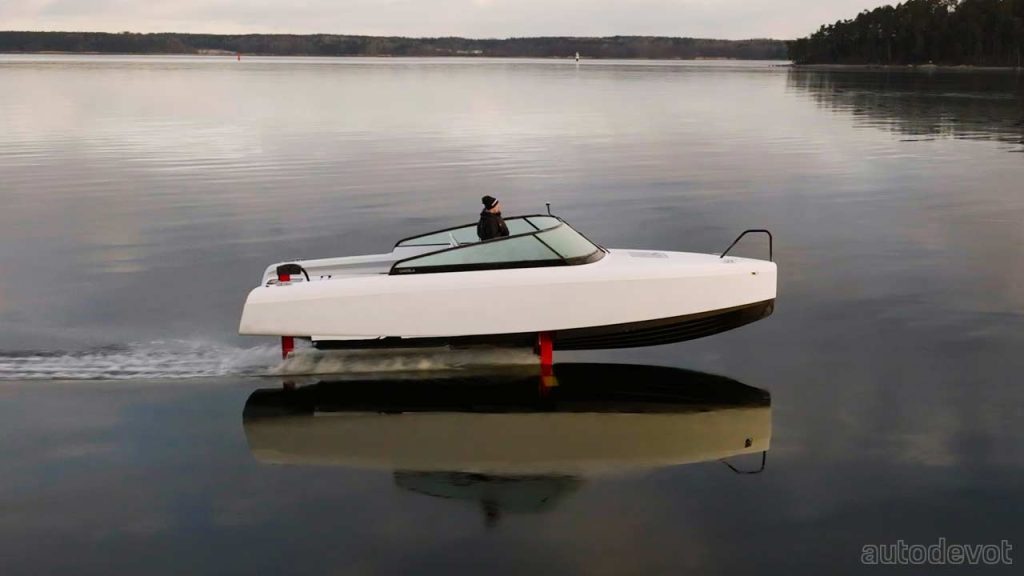 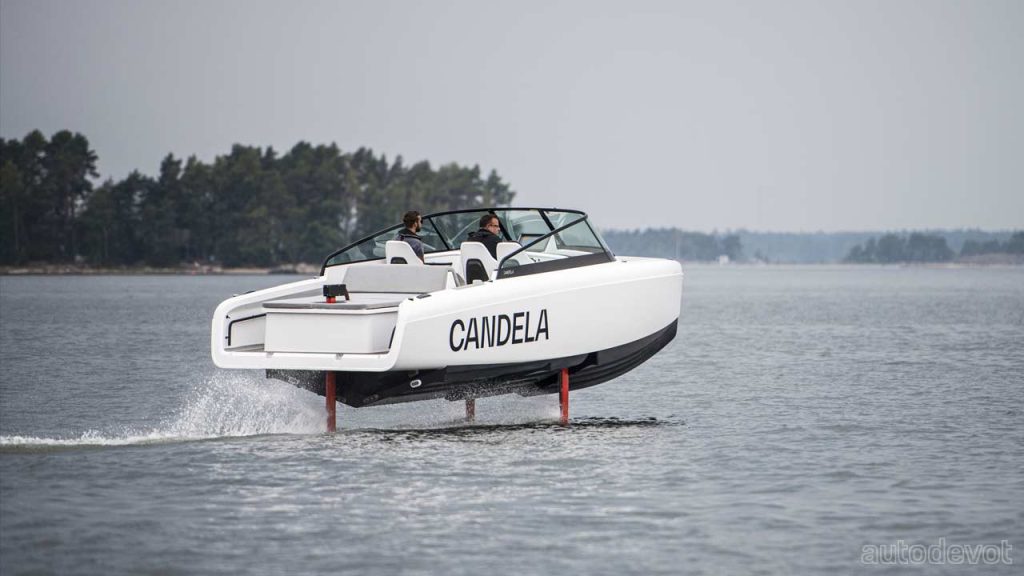 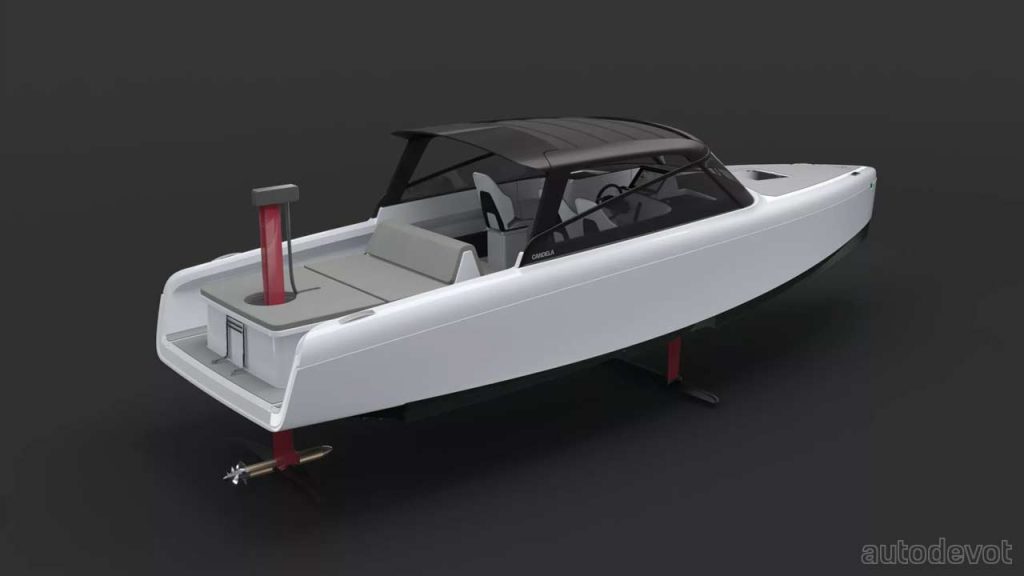 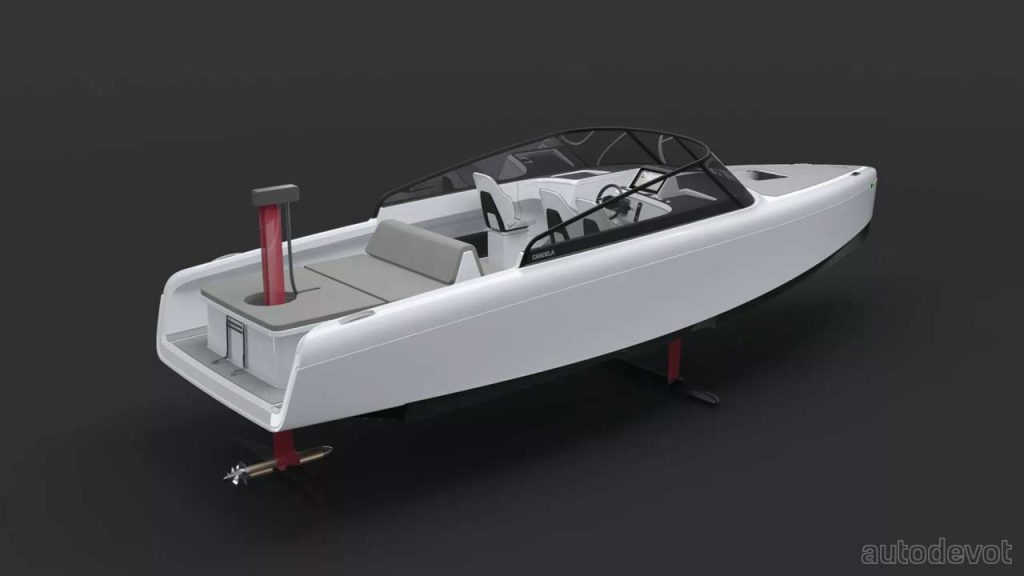 Candela specializes in electric hydrofoil boats. The one we’re seeing above is called the C-8, featuring a bullet-like motor attached to the retractable rear foil. The 50 kW (68 metric hp) motor is claimed to propel the C-8 to a top speed of 30 knots or just over 50 km/h. At 24 knots (44.5 km/h) cruising speed, the range is claimed to be over 50 nautical miles (92 km). The battery pack capacity is not disclosed, but the C-8 predecessor C-7 had a 40 kWh pack offering the same range, so it’s probably gonna be the same here. But anyway, thanks to the generous usage of carbon fibre in construction, the C-8 Day Cruiser (open-top version) is claimed to weigh 1,605 kg (3,538 lbs). 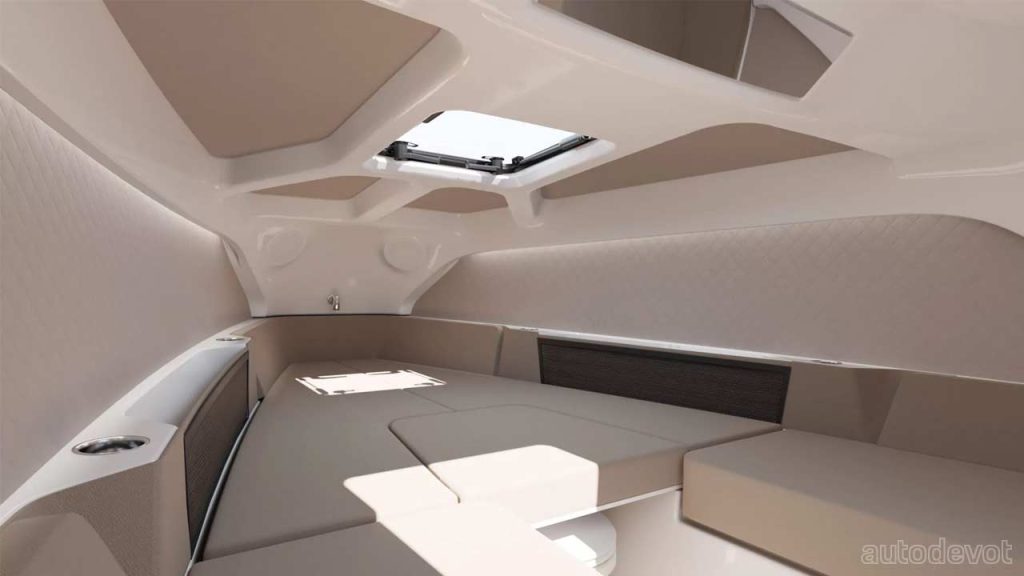 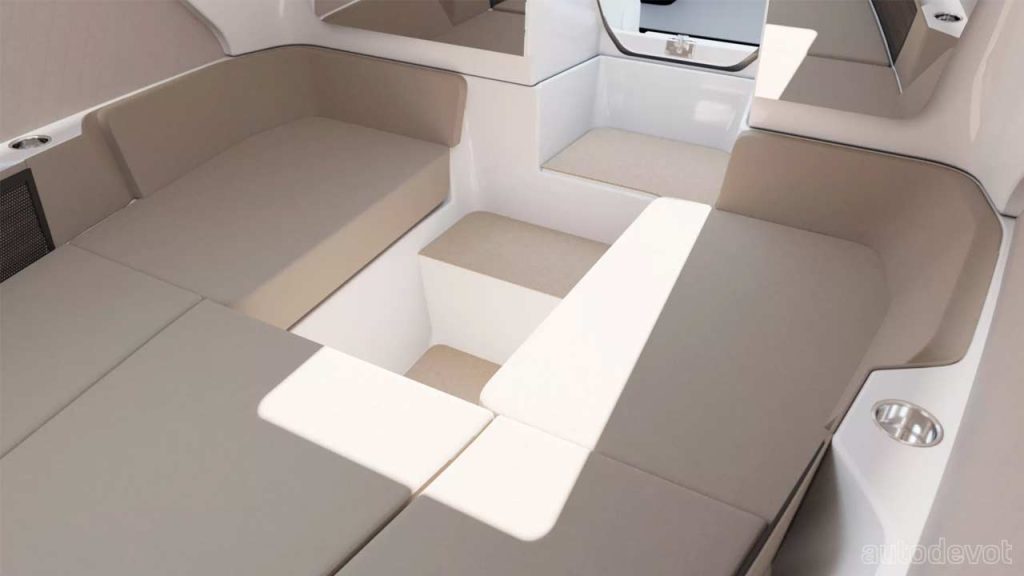 The €290,000 boat is claimed to be capable of accommodating up to 8 passengers including the driver. The cabin sleeps two adults and two children. A premium audio system with 6 speakers and a subwoofer is optionally available. Candella is also launching P-8 and P-12 ferries this year. 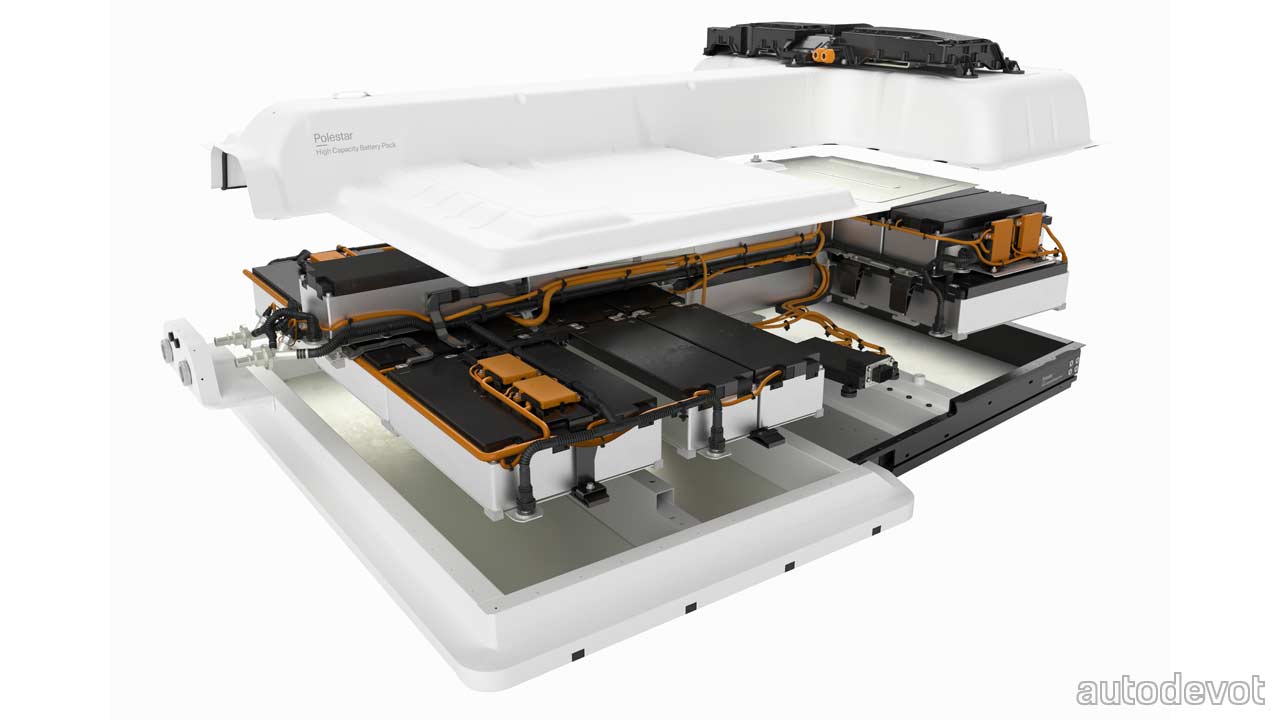 “Polestar is a dream partner for us. While the electrification of cars has come a long way in the last few years, the marine sector has fallen behind. Marrying our efficient hydrofoil technology to high-capacity batteries from Polestar means we can speed up the mass market adoption of electric boats together,” said Gustav Hasselskog, CEO of Candela.

“As a battery supplier to Candela, we can help drive the transition to cleaner oceans and lakes, and electrify waterborne transport,” added Thomas Ingenlath, Polestar CEO.