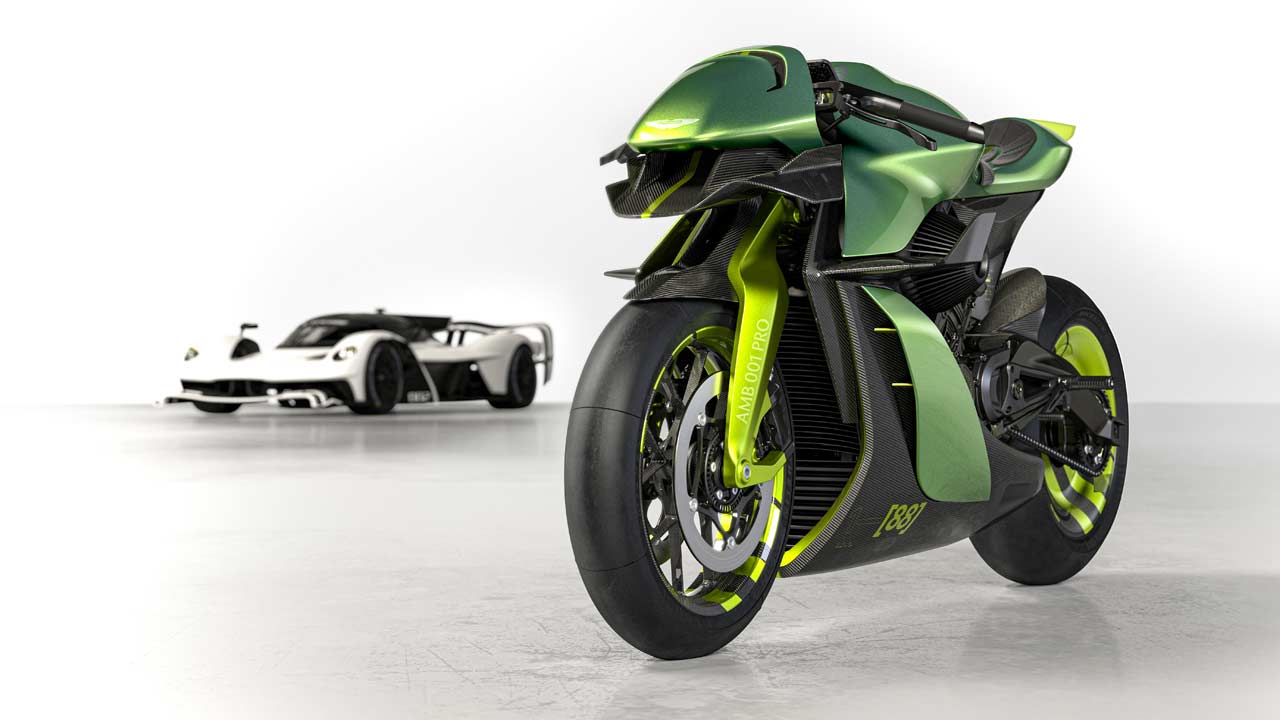 You probably remember seeing a strange-looking motorcycle called the AMB 001 at the 2018 EICMA Show. Co-developed by Aston Martin and Brough Superior, it looked like something straight out of a sci-fi movie. The duo has teamed-up once again to co-create the AMB 001 Pro—”strictly limited” to 88 units. Aston Martin didn’t disclose the pricing, but I’m assuming that the Pro will mostly be sold to AMB 001 owners. The motorcycles will be hand-built at Brough’s factory in Toulouse, France, with deliveries expected to commence in Q4 2023. What’s with that 88 number? Well, read on, you’ll know. 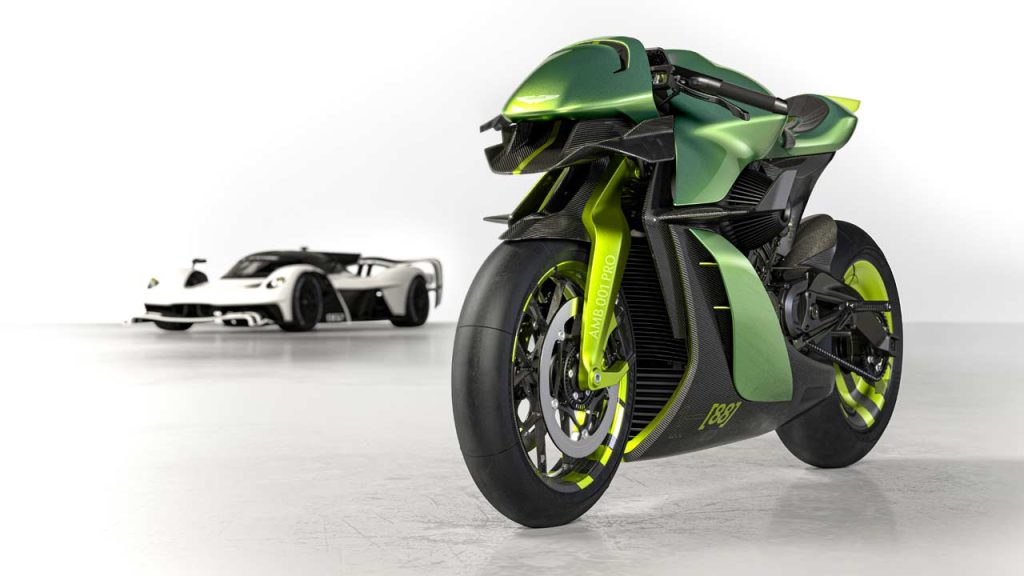 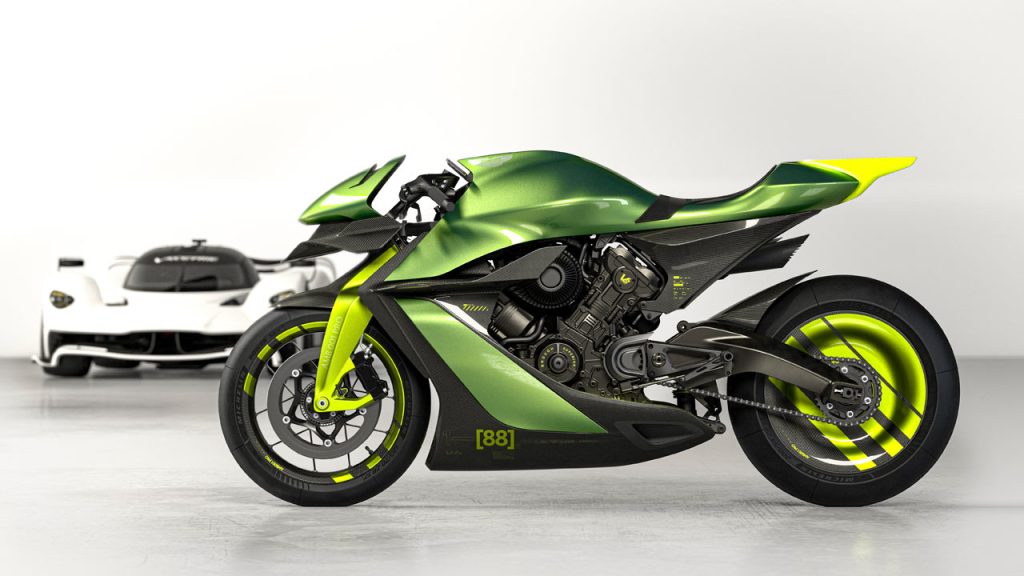 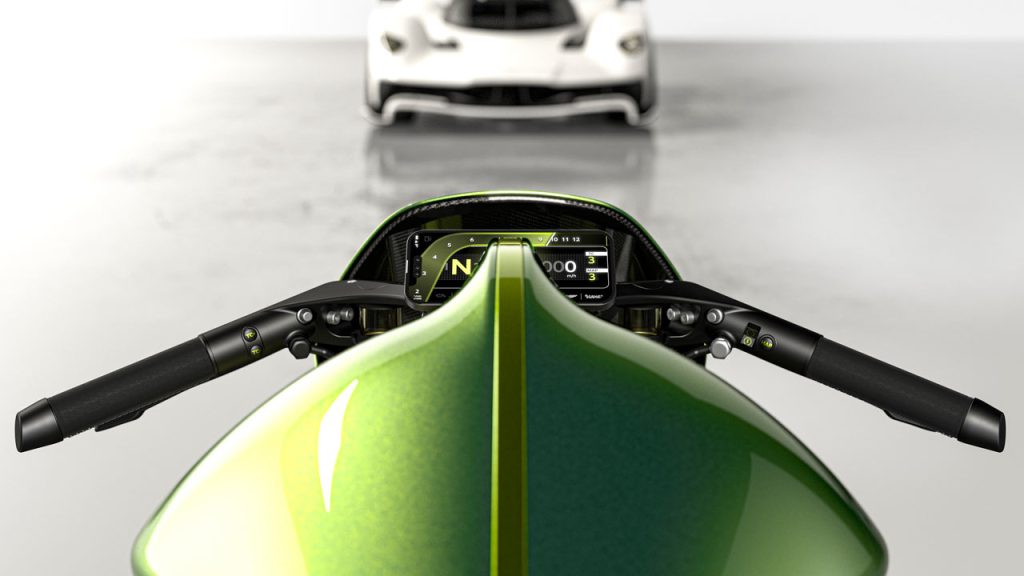 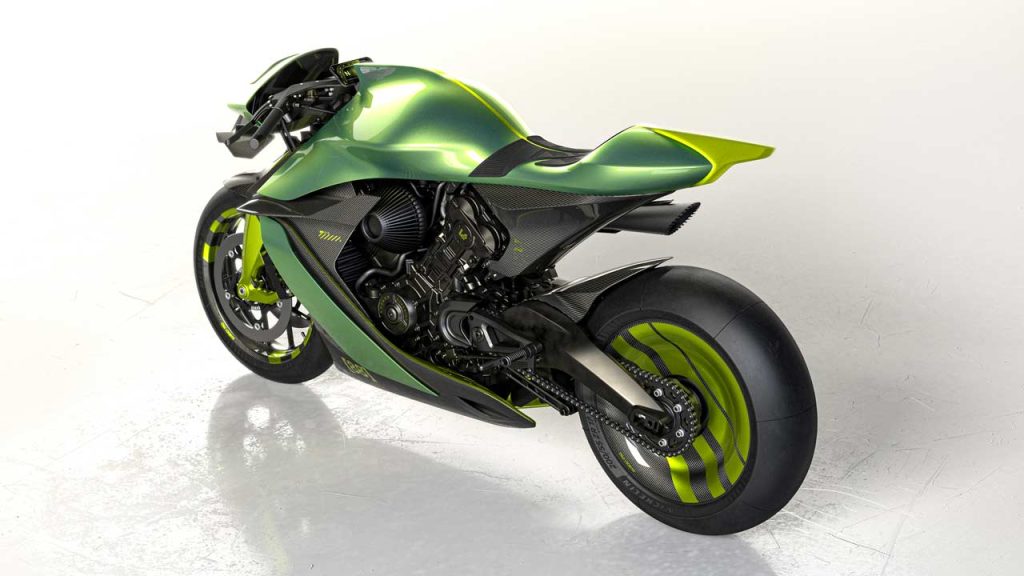 The AMB 001 Pro track superbike looks just as sci-fi as its predecessor; it almost looks like it could transform itself into one of the Decepticons. The body panels are all made from carbon fibre, as you can probably tell, and there’s only one specification on offer: Aston Martin Verdant Jade over satin carbon fibre panels, complemented with Photon Lime accents. The engine and suspension are painted in black Cerakote. 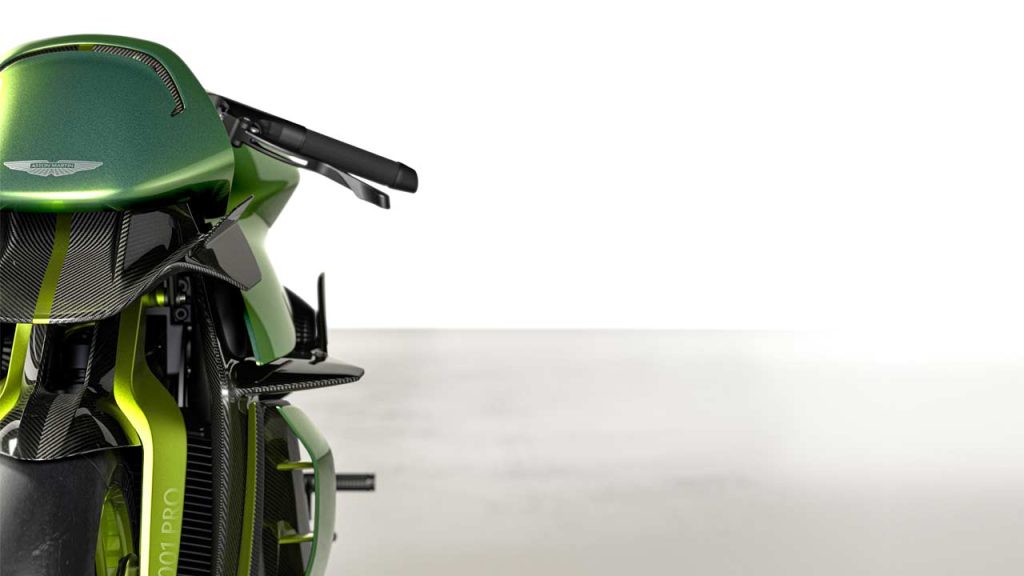 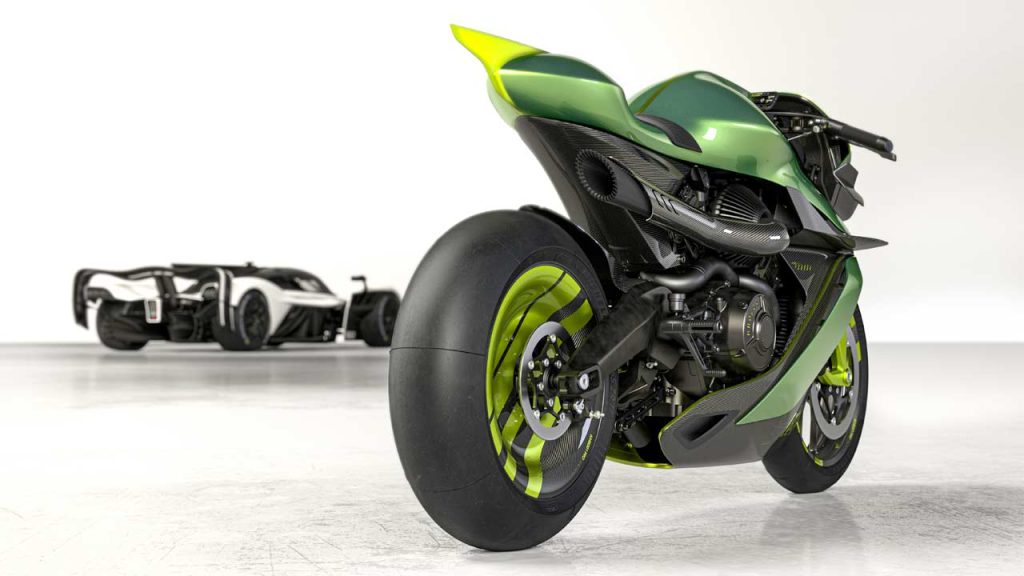 As you may know, the AMB 001 Pro is obsessed with weight saving, and therefore it doesn’t get the traditional Aston Martin wings badge or even an enamel badge. Instead, it gets a chemically etched aluminium lacewing badge—which is said to be 99.4% lighter than the brand’s enamel badge, and at just 70 microns thick, it is 30% thinner than a human hair.

Downforce is increased via the front spoiler and side wings, with the front cowl now fixed to the bodywork to manage the downforce at the front end of the motorcycle. A tunnel effect air blade directs air over the rider. The airflow enters through a large intake integrated into the front wing, then passes through the new front cowl, to be deflected through the windshield. A rear fin with an aero stabilizer design further refines the aerodynamic updates.