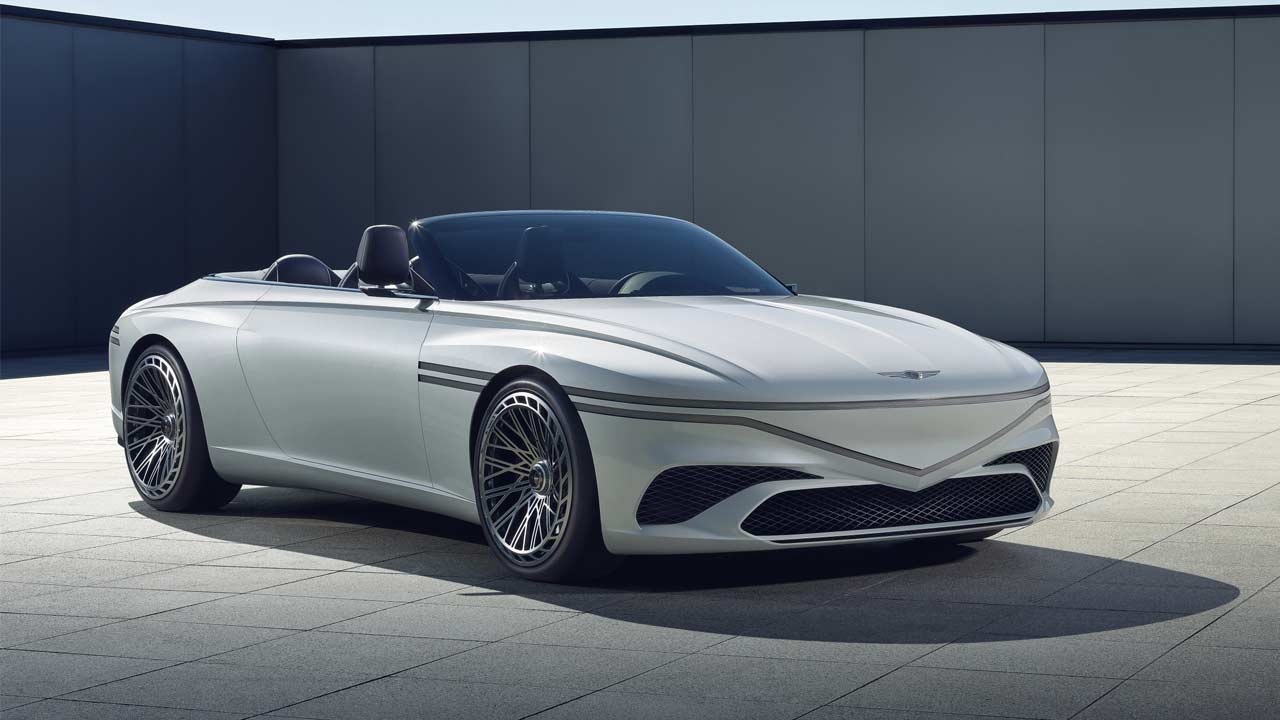 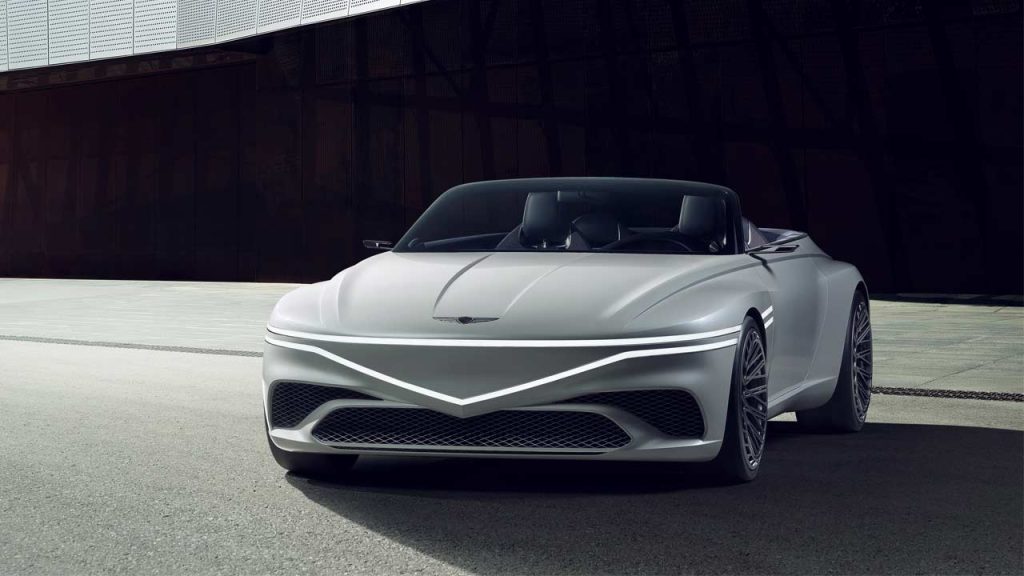 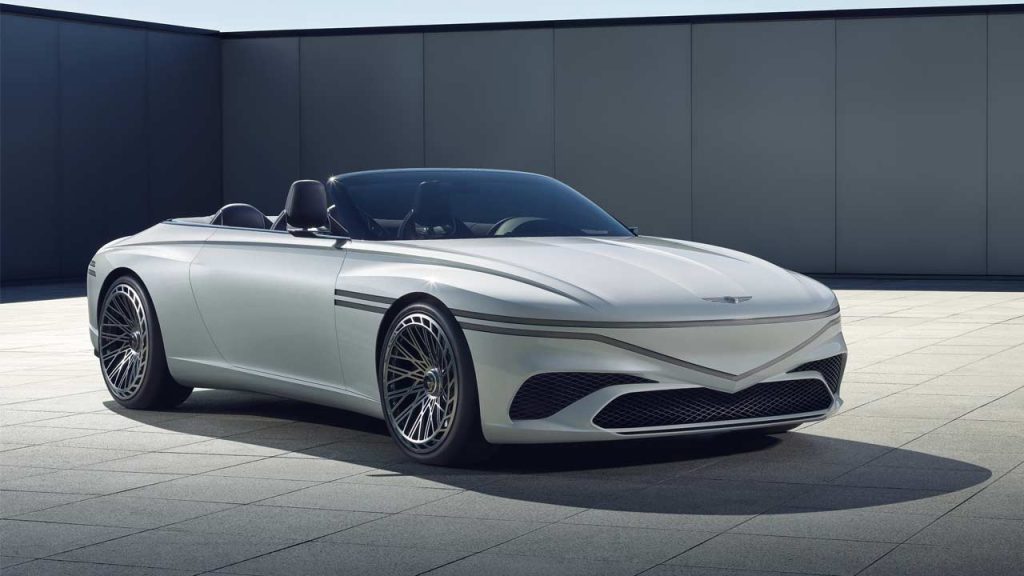 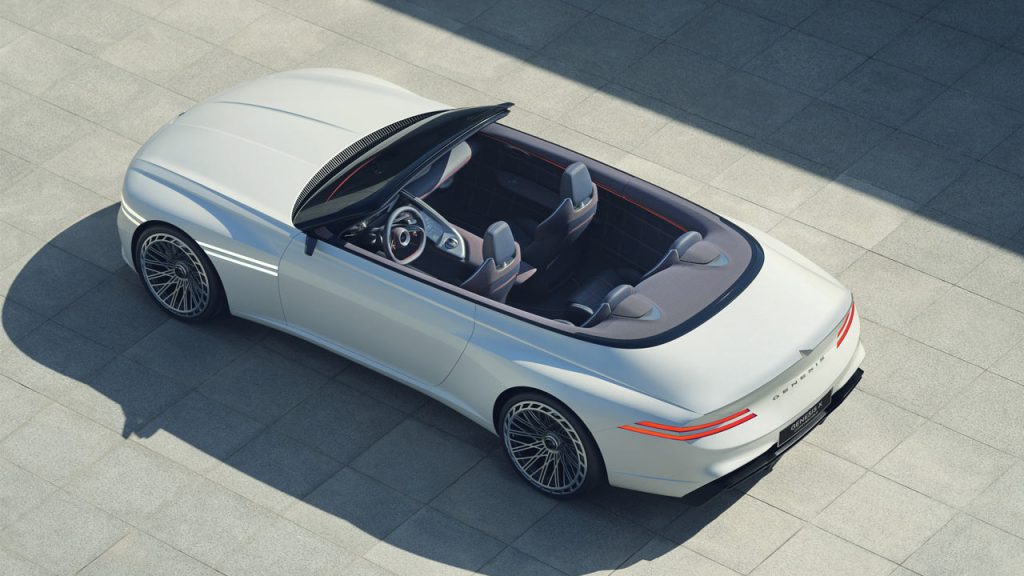 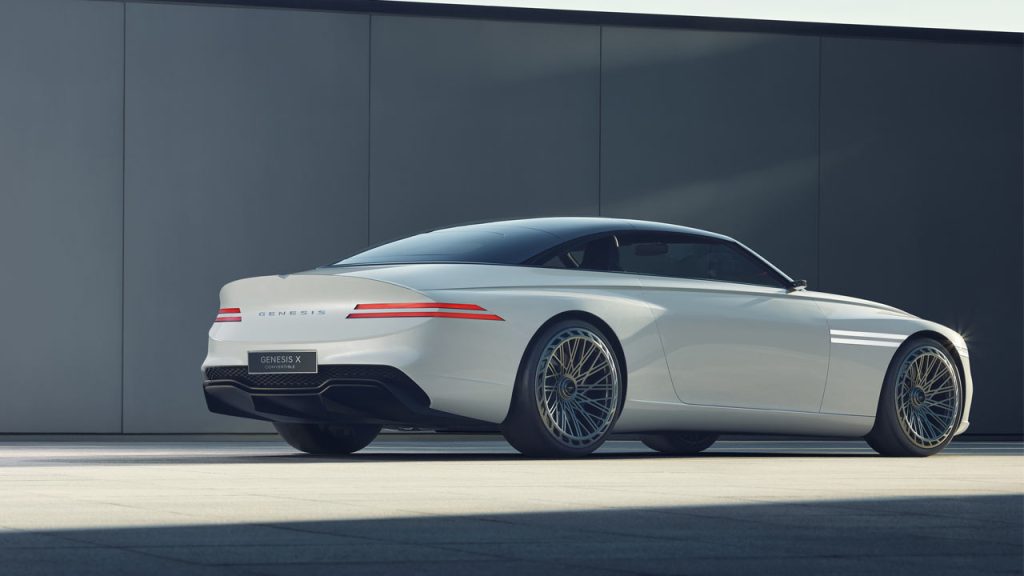 Of course, the Genesis X Convertible concept follows the same styling language as the Speedium Coupe concept; it has got very similar front & rear fascias. On the side too, it has got that so-called Parabolic Line that stretches across the whole length of the car. The wheel design, however, is different here. The design is apparently a combo of Genesis’ G-Matrix pattern with concave-shaped spokes called aero dish—which apparently also serves as a brake heat extraction device. The exterior body is painted Crane White, representing the White Cranes of Korea. 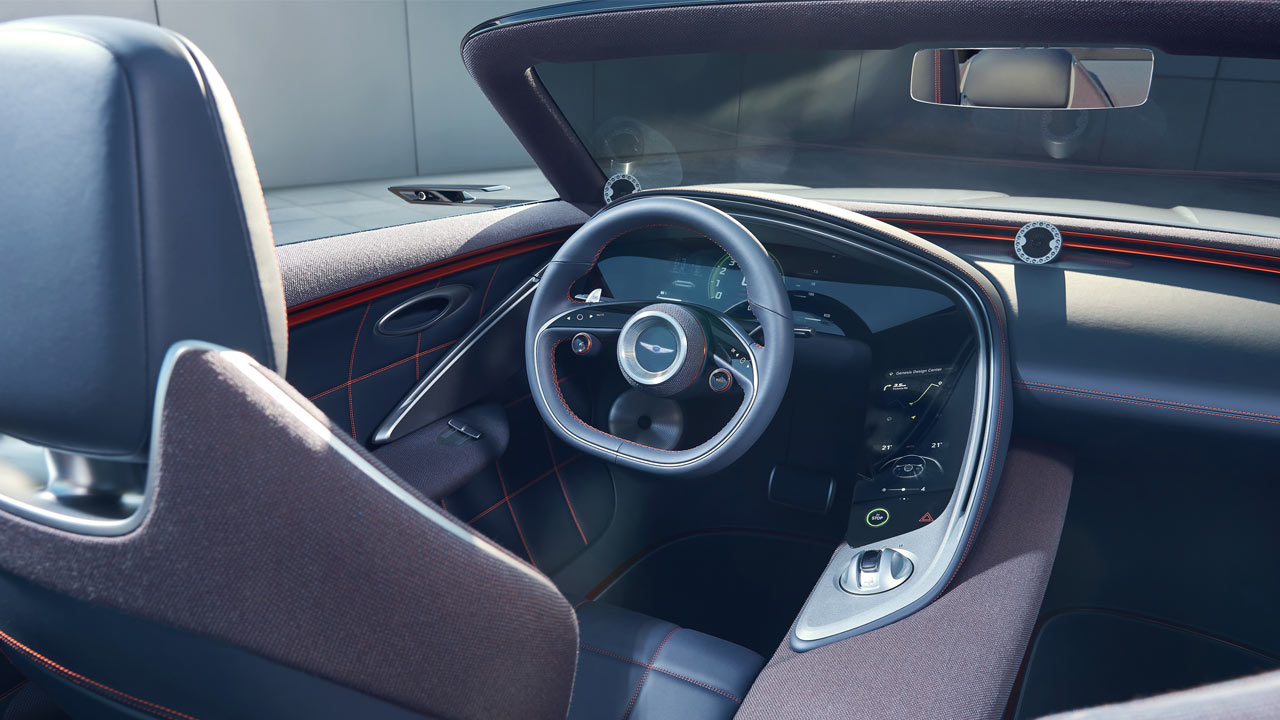 On the inside too, things look pretty similar to those of the Genesis X concept. The design is apparently inspired in part by traditional Korean roof architecture, featuring Giwa Navy and Dancheong Orange colors. The primary interior color Giwa Navy is named after “Giwa”, the roof tiles on Korean houses, while the contrasting Dancheong Orange is named after the traditional decorative colorings on traditional Korean wooden buildings. The textured upholstery you see on the door panels, centre console and seats, are made from recyclable wool fabric.

Nothing else is important to know at the moment, by that I mean, the powertrain details. However, Genesis is happy to share that the powertrain sound of the concept is developed by sound master Guk-il Yu.