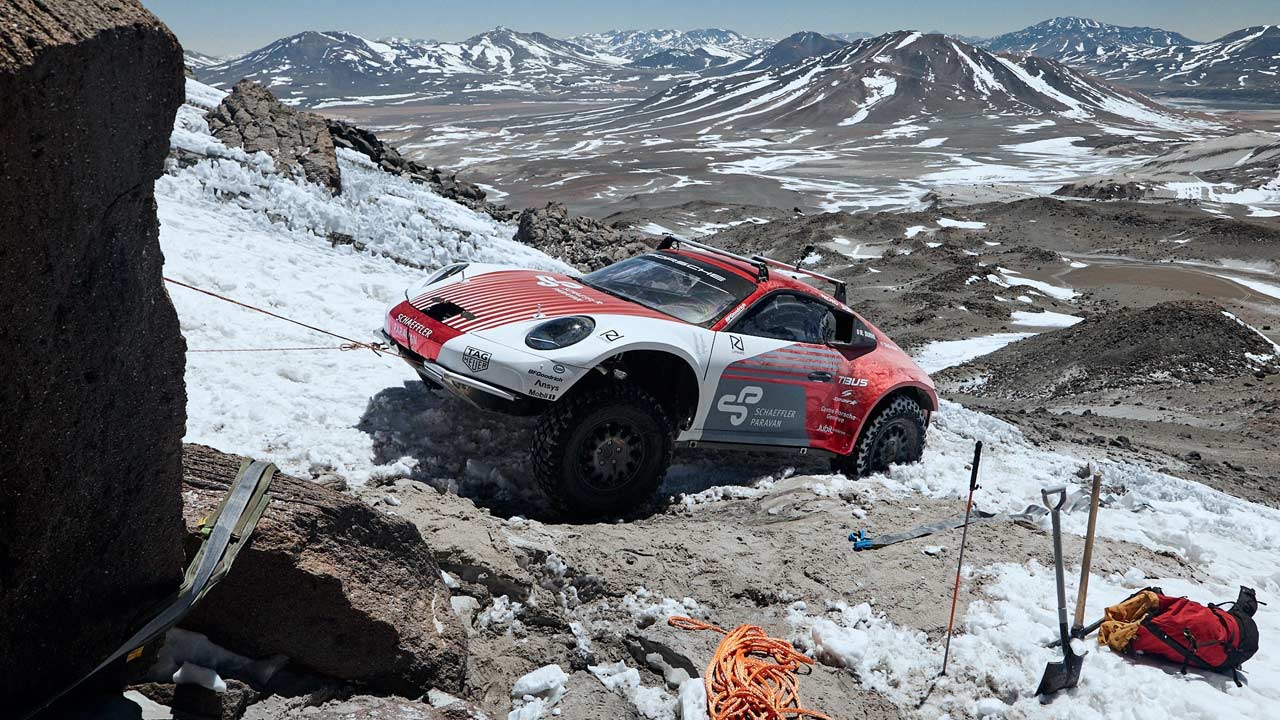 In less than two years from now, the iconic ‘911’ nameplate will celebrate its 60th anniversary, and hopefully, the flat-six motor will still be around and let’s also sincerely hope that Porsche will continue to offer a manual gearbox. But in the meantime, Porsche decided to push the 911 to the extreme top, literally. A specially modified 911 has climbed the Ojos del Salado, Chile, the highest volcano in the world, with Romain Dumas at the wheel. 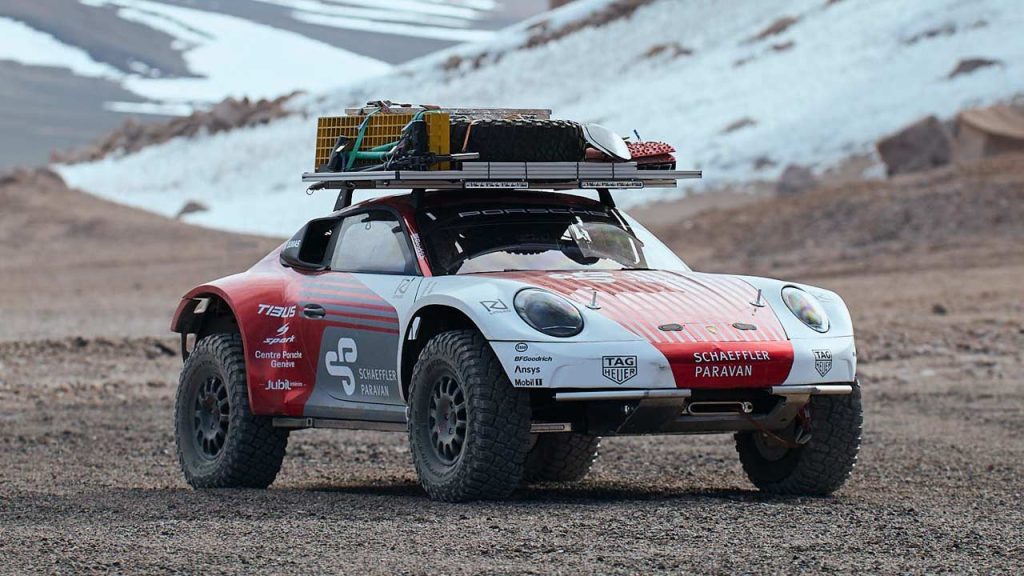 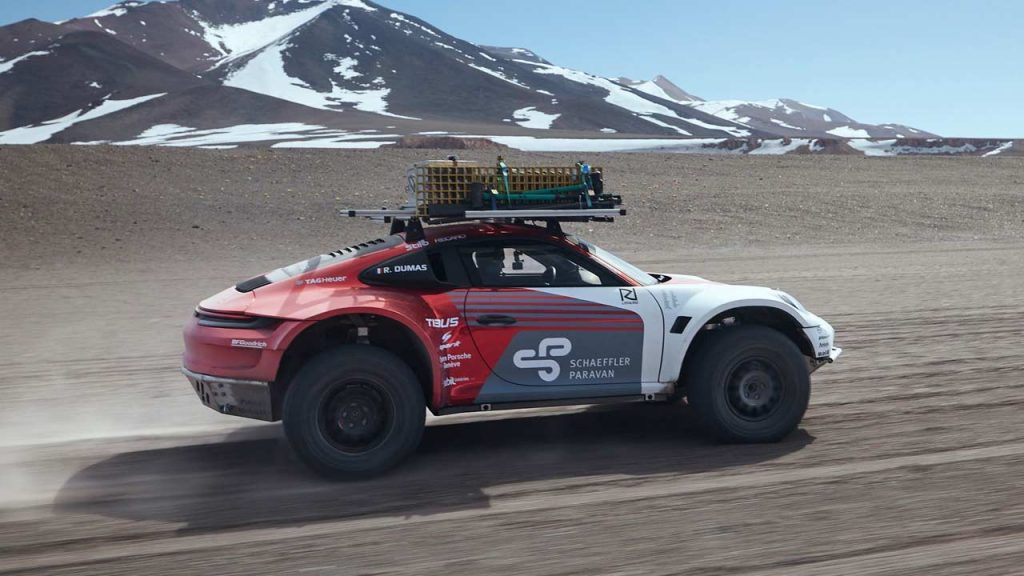 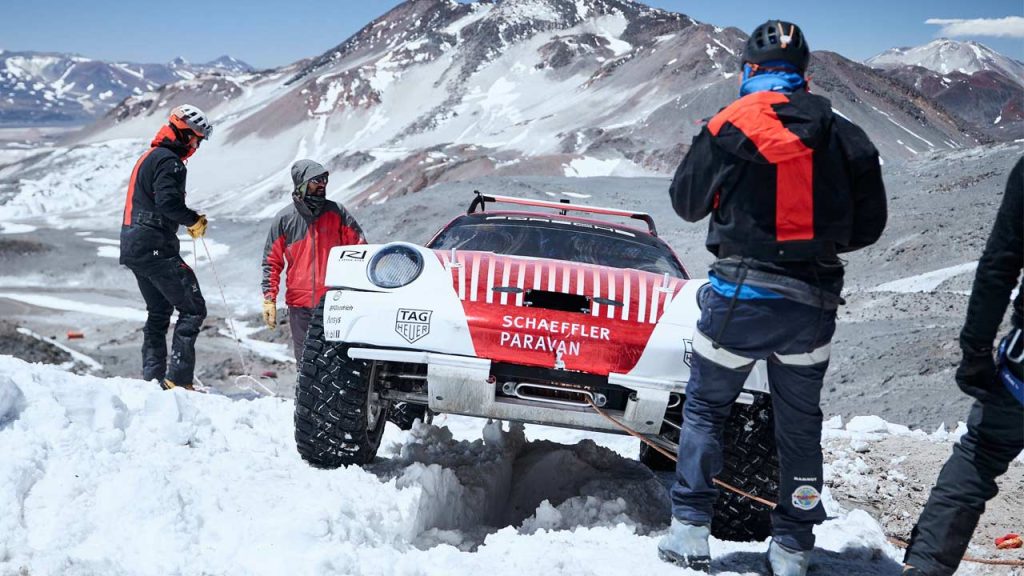 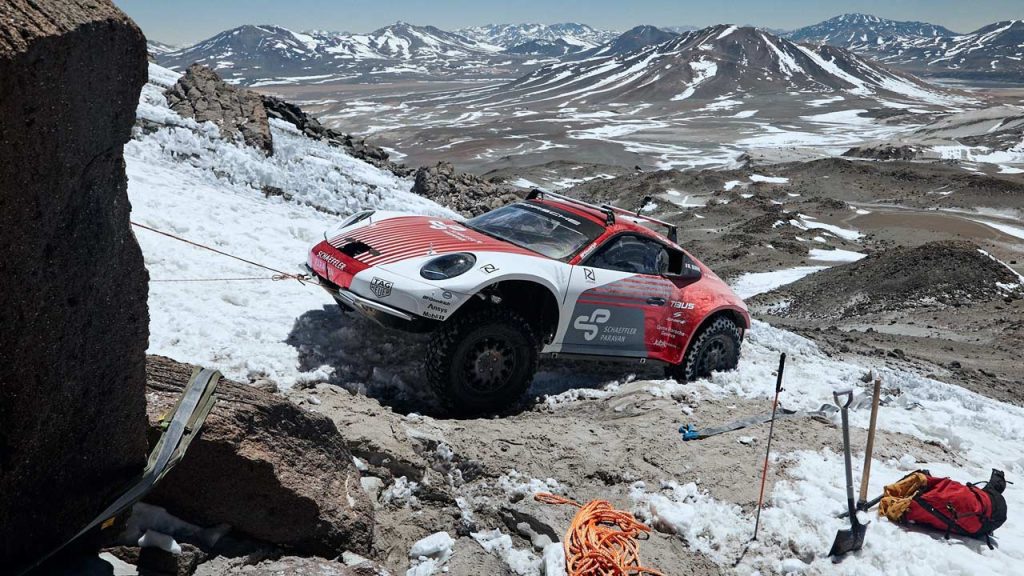 This off-road Porsche 911 in the pictures began its relatively “humble life” as just another 992-gen 911 Carrera 4S, which means it rolled out of the Zuffenhausen factory with an all-wheel-drive system. But as you probably know, you can’t just take your stock Carrera 4S and climb a hill, certainly not the highest volcano in the world. Which is why the project team led by chief engineer Michael Rösler carved out extra-large wheel arches in order to accommodate those 310 mm wide off-road wheels mounted to portal axles (yup, the Mercedes-AMG G 63 4×4² has entered the chat), resulting in a ground clearance of 350 mm.

Plus, a device called the Porsche Warp-Connecter was added. Originally designed for motorsport applications, it forms a mechanical link between all four wheels, allowing constant wheel load even when the chassis is enduring extreme articulation. Manually switchable differential locks, a winch, aramid fiber underbody protection, and an improved cooling system were also part of the build. 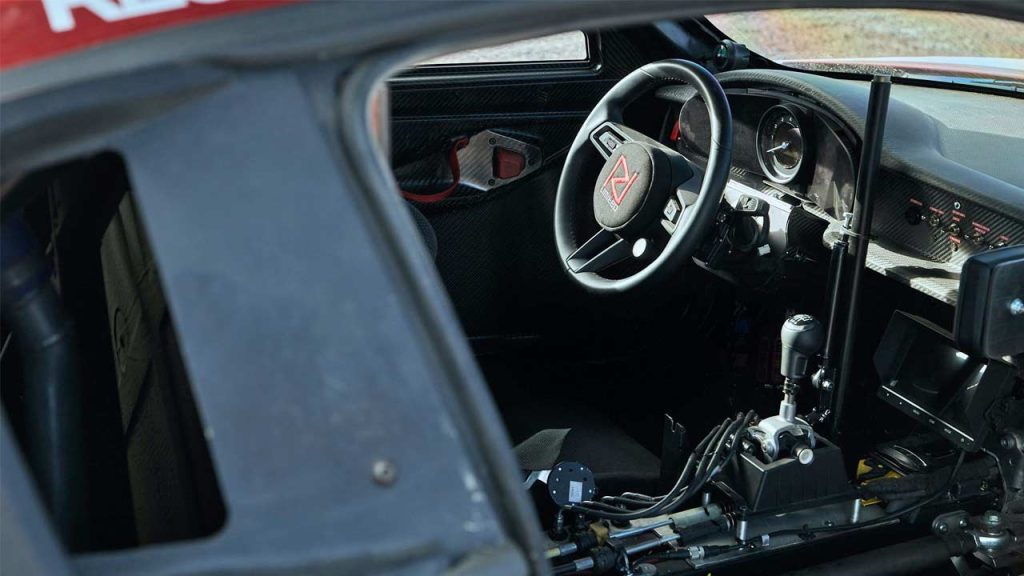 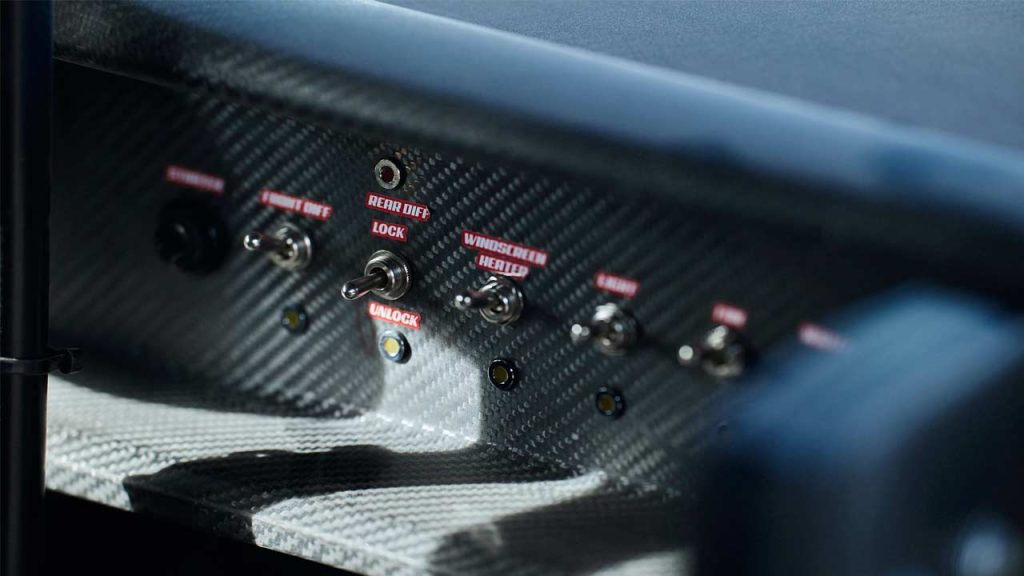 The factory standard 331 kW (450 metric hp) 3.0L 6-cylinder twin-turbo boxer engine was coupled with a 7-speed manual gearbox, but apparently, there were new, lower gear ratios to match the occasion, allowing precise, gentle throttle inputs at low speeds and work well with large off-road tires. Of course, the cockpit was equipped with a roll cage and carbon fiber seats with safety harnesses. 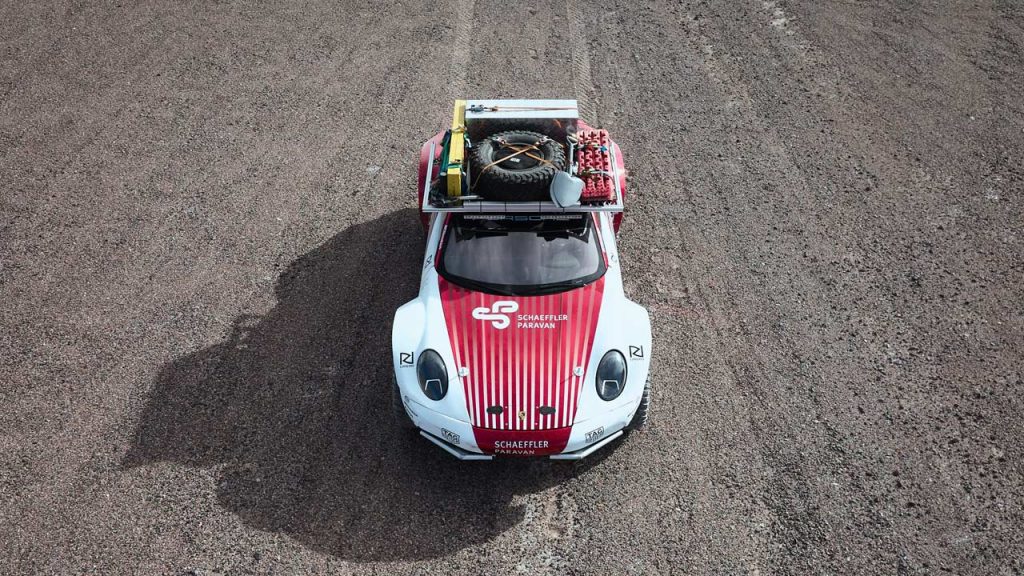 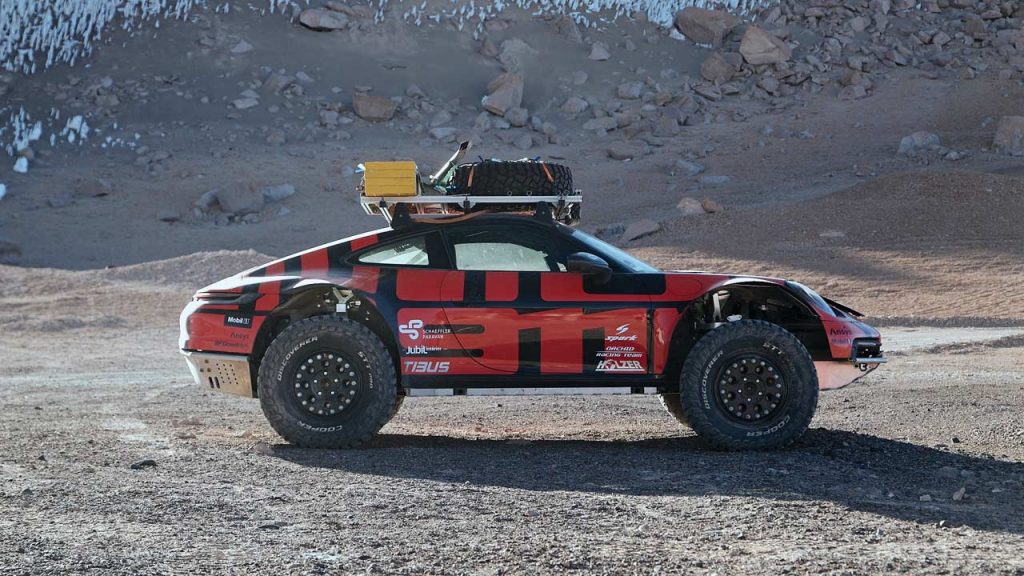 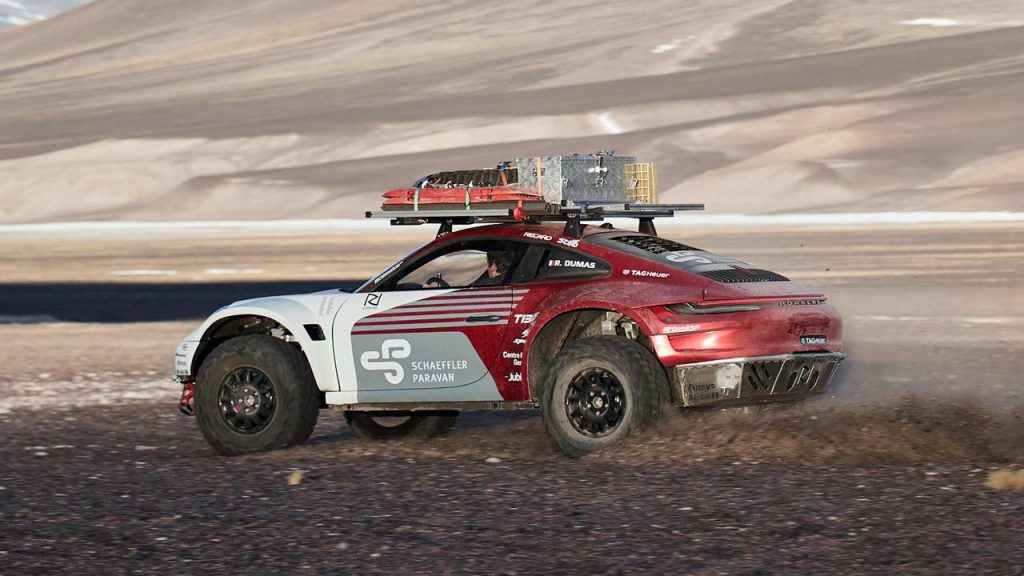 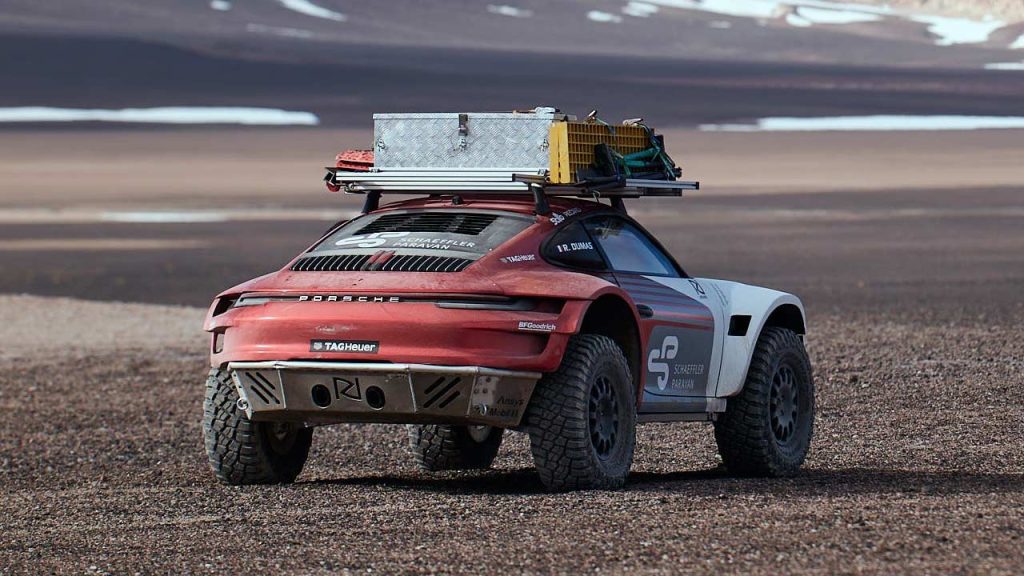 The team actually built two cars, each featuring distinctive liveries. One featuring the same Porsche Motorsport color scheme adorning the 963 LMDh racer and the other a 911-themed livery designed by the styling team in Weissach.

“We have enormous respect for those who have gone higher. No one has seen so much ice and snow up towards the top of the volcano, but despite this, we went over 6,000 meters up, to the point where the walls of ice and snow meant we could go no further. We’re really proud of what the car and the team are capable of, and hopefully, we can count on many more adventures in the future,” said Dumas.