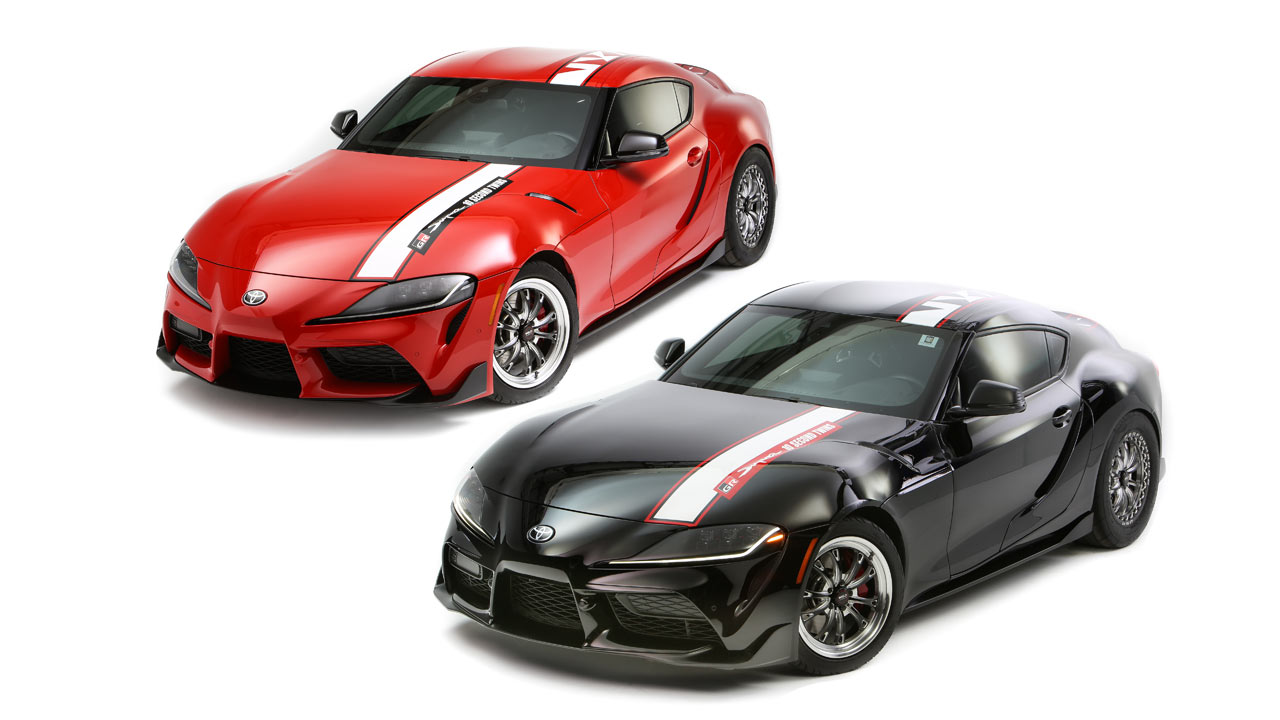 Along with a couple of GR86 builds, Toyota also showcased the GR Supra 10-Second Twins at the 2022 SEMA Show. What’s up with that “10-Second” name? Alright, let’s get that part out of the way then, shall we? On its first test runs, the first 10-Second Twin Supra achieved a quarter-mile time in the mid-11-second range. With a bit of ECU fine-tuning, the team then achieved its 10-second goal, posting a 10:984 quarter-mile run. 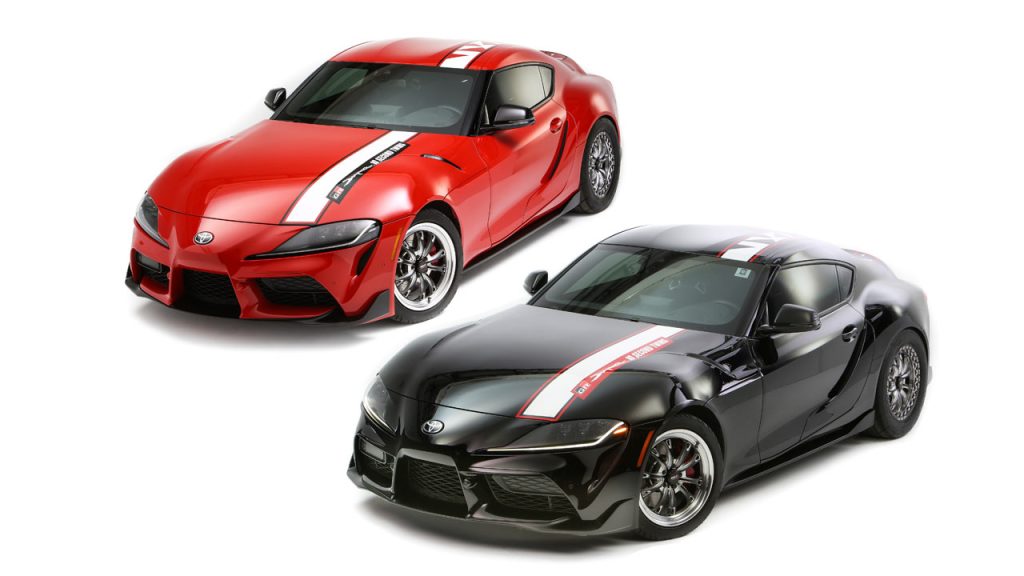 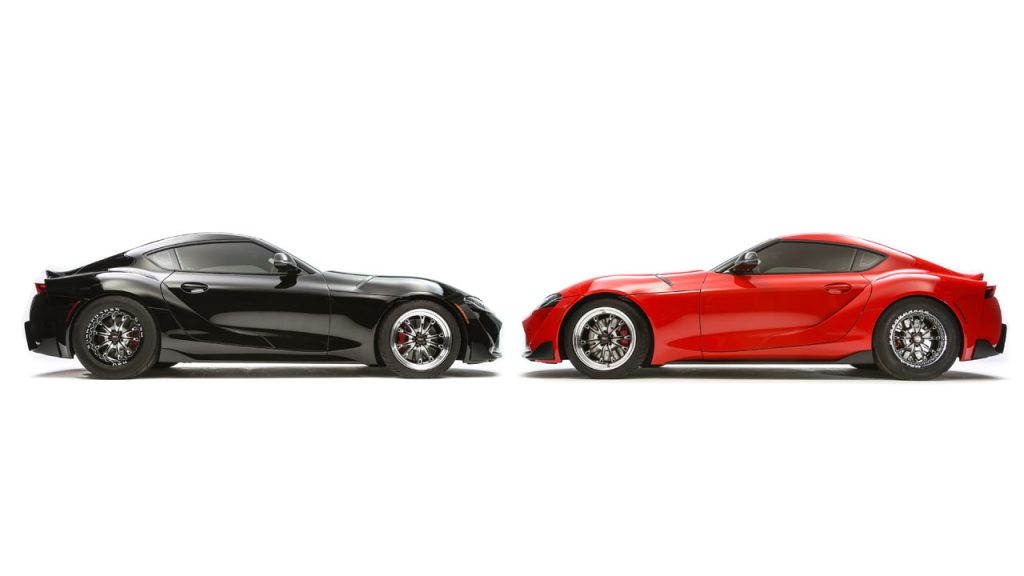 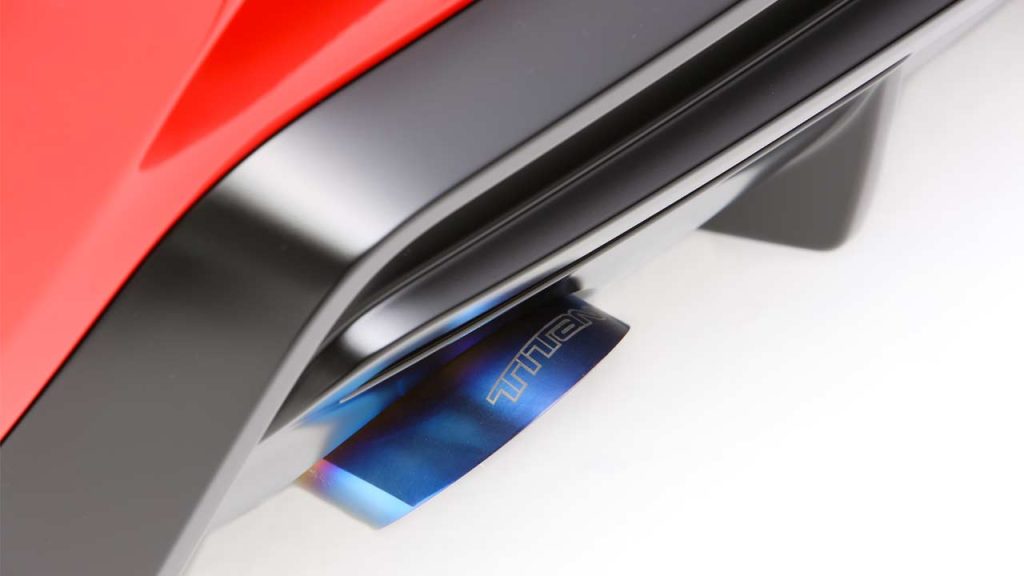 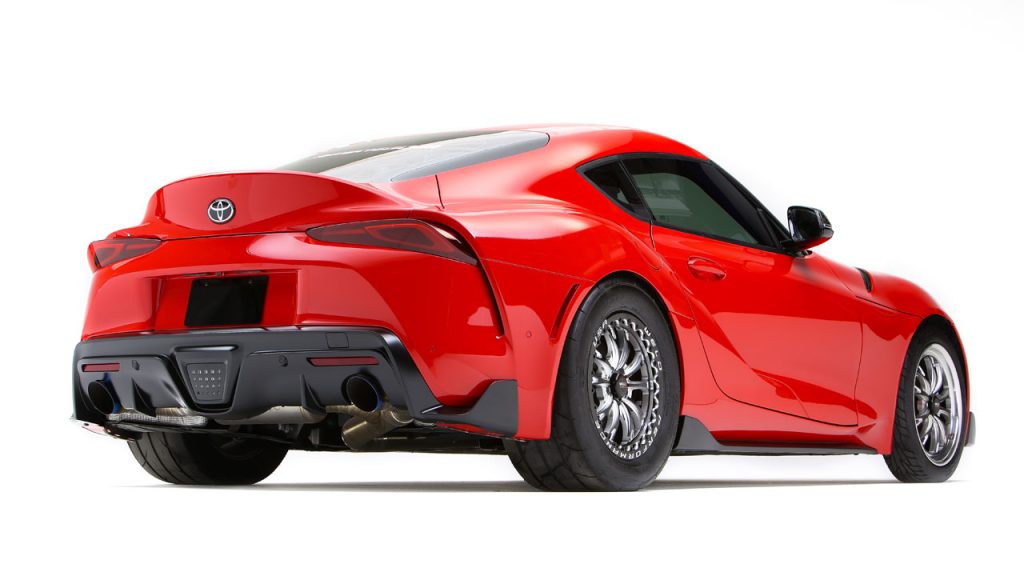 Toyota said that the Toyota Motorsports Garage team was given a $10,000 build budget, which I think is a pretty good build budget for a 5-day show. The team—Marty Schwerter, lead builder; Brad Vetter, lead fabricator; Justin Lacore, fabricator; and David Senn, technician, started off with two model year 2020 GR Supra 3.0 with a plan to increase horsepower by 30 to 40%. They added a Pure Turbo single turbo and two CSF high-performance intercoolers, then worked closely with one of the leaders in the import drag racing world, Titan Motorsports, adding a catless downpipe, 3.5-inch exhaust and an ECU tune. 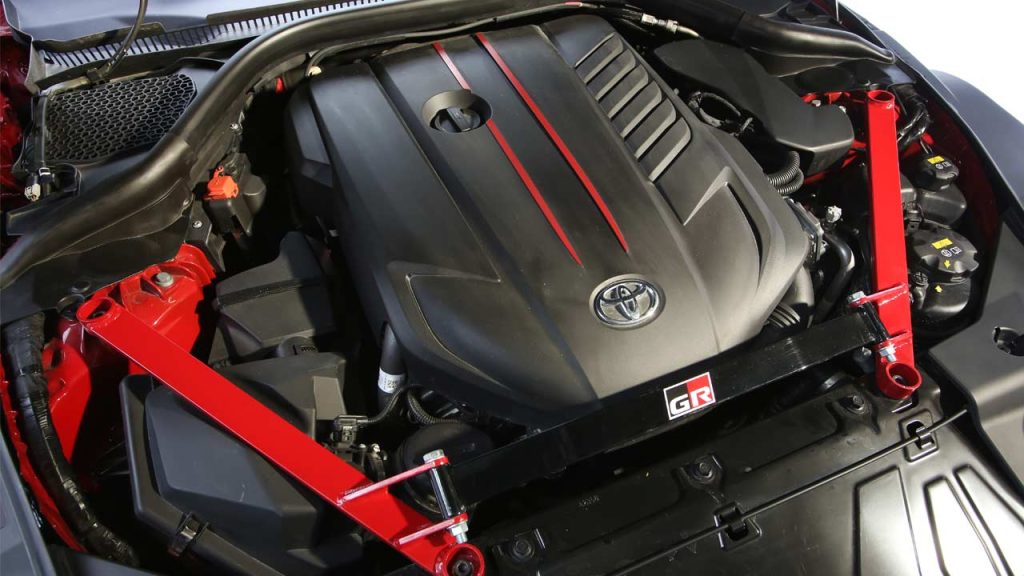 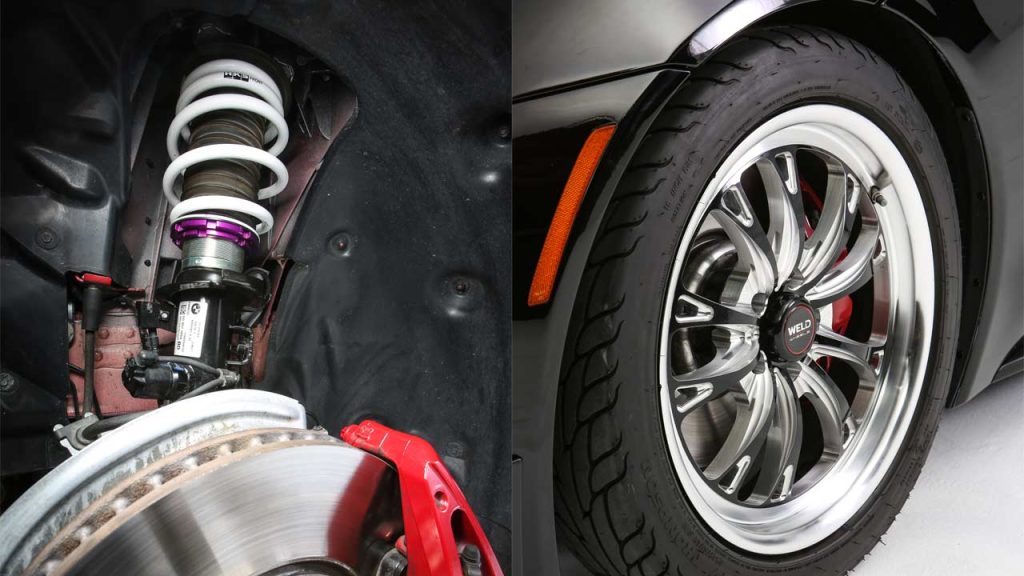 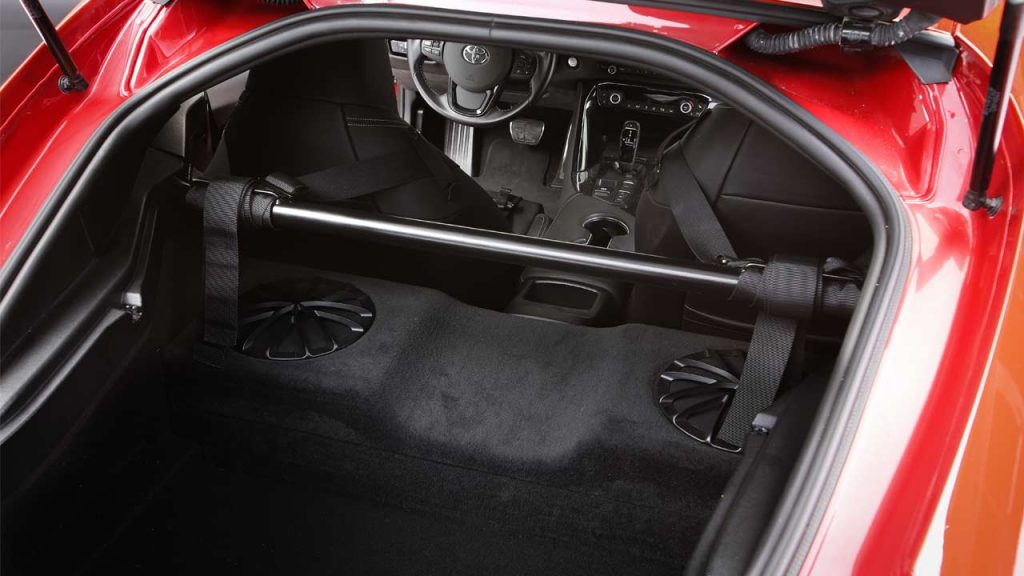 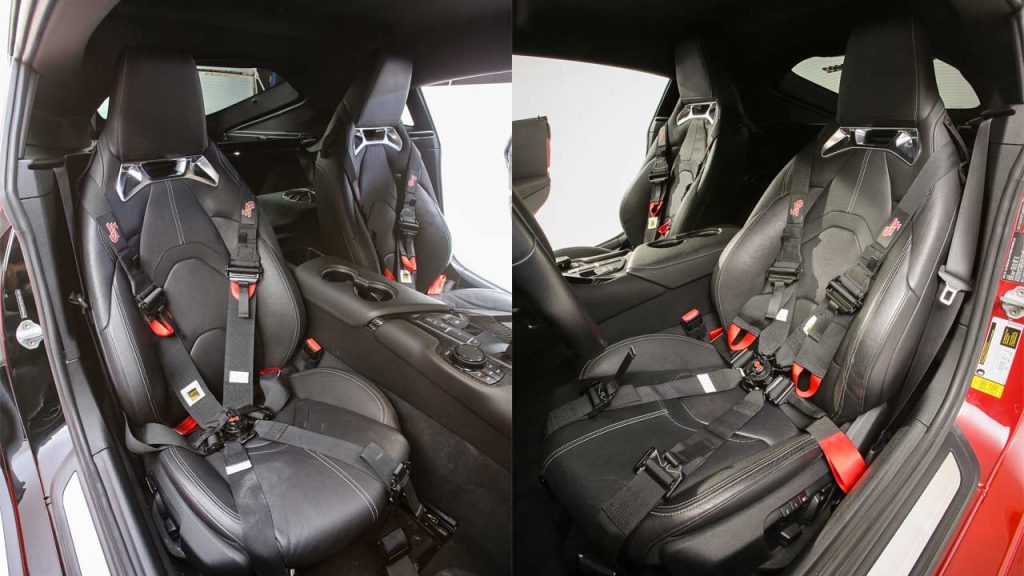 This increased horsepower and torque only matter if the power reaches the pavement. And so, the team turned to the experts at Weld Racing and Mickey Thompson Performance Tires & Wheels for a robust wheel and tire package that offers maximum traction at launch. At the rear is a set of P305/45 R17 Mickey Thompson ET Street S/S R2 compound radials on 17×10-inch Weld Racing Belmont Beadlock wheels with 40 offset and 7.1 backspacing. Up front is a set of 26×6.00 R18LT Mickey Thompson Sportsman S/R radials on 18×5-inch Weld Racing Belmont Drag wheels with -23 offset and 2.1 backspacing. Upgraded rear axles from The Driveshaft Shop complete the package.

As for brakes, the stock 13.7-inch front discs with four-piston Brembo calipers and 13.0-inch rear discs with single-piston floating calipers were retained, but the team added Hawk Performance pads for a more braking bite.

Inside, fans will find the standard GR Supra 3.0 seats and pretty much a standard interior, with the only additions being G-Force Racing Gear six-point racing seat belts attached to a harness bar.