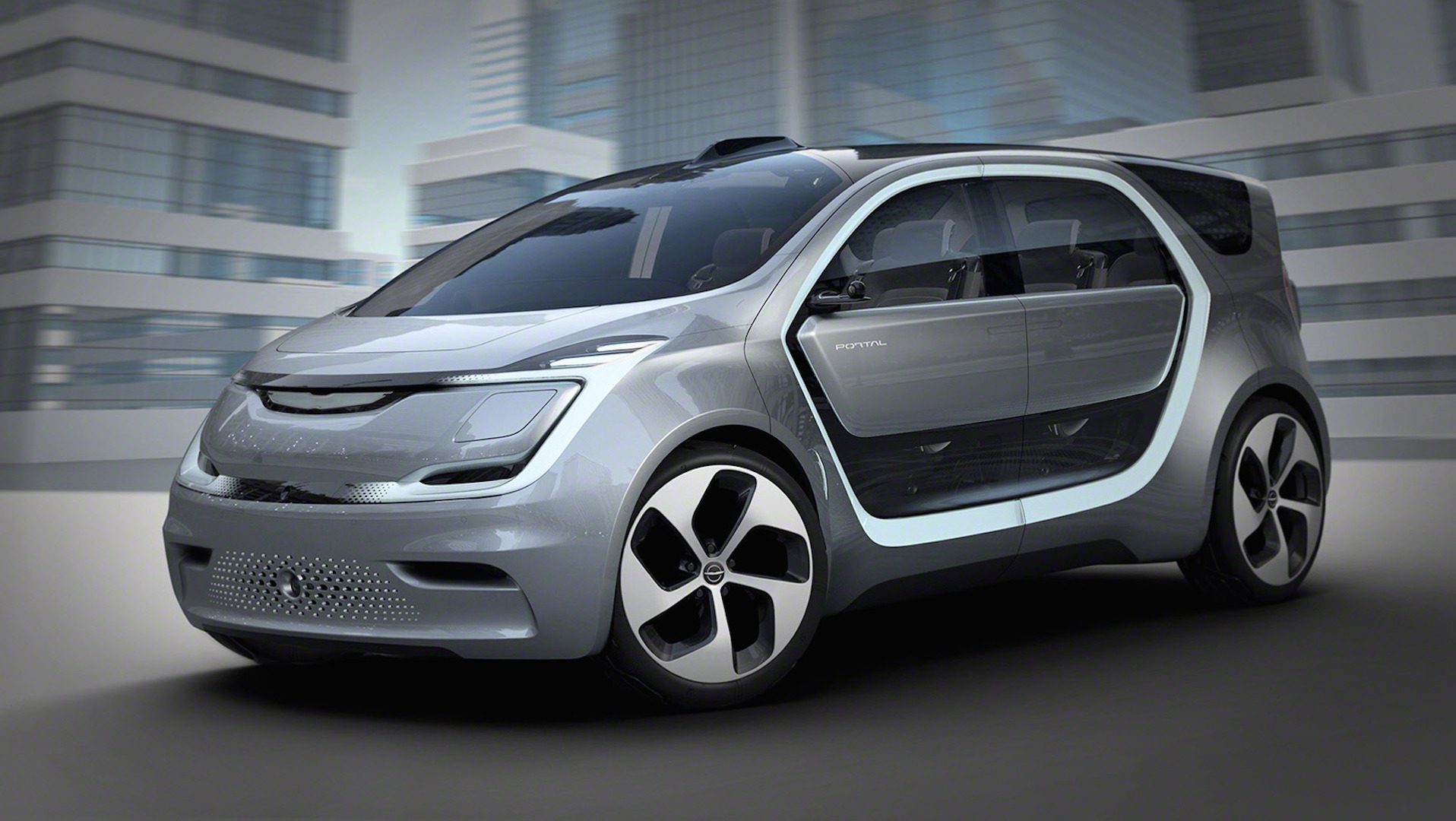 Chrysler has come up with an autonomous electric vehicle concept called Portal, to debut at CES 2017 in Las Vegas, Nevada, which will happen between January 5 – 8th. Officials say, the concept vehicle was developed to meet the ever-changing needs of a “tech-savvy, environmentally friendly and cost-conscious millennial consumer.” The self-driving vehicle has a customizable interior with space for up to 6 people. According to Ralph Gilles, Fiat Chrysler’s head of design, the vehicle will act as a “third space” between home and work. “The Chrysler Portal concept serves as a social hub where up to six can enjoy, and it’s also designed to accommodate millennials as they begin their transition into family mode,” Ralph said.

“The Chrysler Portal concept is backed by significant research on the millennial generation,” said Tim Kuniskis, Fiat Chrysler’s head of passenger car brands for North America. “Millennials have clearly defined that they want a long-term vehicle that will grow with them as they experience life changes.” The Portal Concept has been rated SAE Level 3 for its autonomous capabilities, which means the driver has an option to transfer control over to the vehicle under certain highway situations. Unlike higher levels of autonomy, such as fully autonomous Level 5, the driver must keep monitoring the road and driving environment. A camera mounted on the instrument panel uses facial-recognition software to monitor the driver.

If the vehicle determines the driver is not monitoring the road or driving conditions change, it alerts the driver to retake manual control. If the driver does not respond to the alerts, the vehicle will maneuver itself to the side of the road and come to a safe stop. The company says the Portal is engineered to upgrade to higher levels of autonomy as technology progresses, and if the owner is interested in adding it. Obviously, the vehicle uses cameras, radar and LIDAR technologies for all its autonomous features.

The facial recognition technology will also be able to configure the driver and passenger’s preferred settings. Biometrics is used to lock/unlock the car upon approach. Passengers will be able to share music, photos, and videos via a “community display screen”, while an intercom system lets people in the first or second row talk to their kids in the third row. Opening of the doors, radio volume control, answering a phone call can be done by gesturing.

Powering the Portal is a 100-kilowatt-hour lithium-ion battery pack, with a range of 250 miles (402 kilometers), and can be fast charged within 20 minutes to achieve a range of 150 miles (241 kilometers). The Portal concept was created in collaboration with Adient, Magneti Marelli, Panasonic Automotive and Samsung Electronics Co.