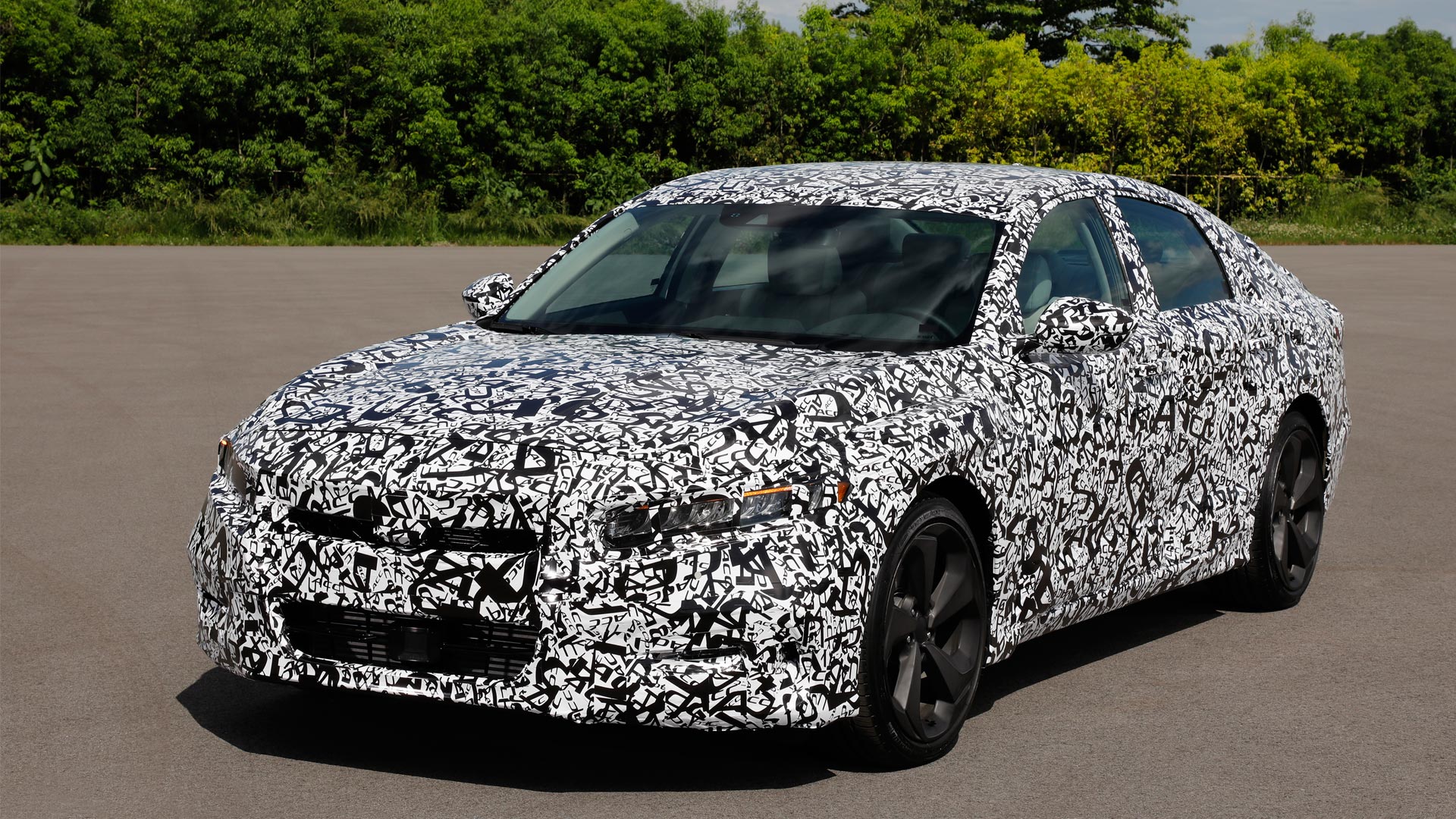 The 10th generation Honda Accord is slated to debut later this year, but the big news is that the new Accord is getting a 10-speed automatic transmission, first time in the industry for a front-wheel-drive car.

Honda says the 2018 Accord is a clean-sheet design from the ground-up, featuring a more aggressive stance and proportion than any previous Accord. “The new Accord design will have a dramatically lower and wider appearance that creates a more aggressive and athletic stance,” said the company in an official statement. There are three powertrains on offer for the 2018 Accord, including two turbocharged 4-cylinder engines and a next-generation hybrid powertrain.

The 1.5-litre Turbo will be mated either with a CVT or 6-speed manual transmission, and a 2.0-litre Turbo with i-VTEC (pictured above), paired with a 10-speed automatic transmission (pictured below) or a 6-speed manual. As for the hybrid variant, Honda says, there’ll be a two-motor hybrid technology, “which uniquely operates without the use of a conventional automatic transmission”. We’ll have to wait to clearly understand what that is. As per my understanding, the 2.0L petrol will be coupled with two electric motors on the front axle, paired with an eCVT. Notice how compact the 10-speed AT package is.

Honda recently announced a $149 million investment in the Russells Point and Tallapoosa plants to facilitate the production of the new 10-speed AT and its components in America.

“With these three advanced new powertrains, the tenth-generation Accord will be the most fun-to-drive, refined and fuel-efficient Accord yet,” said Jeff Conrad, senior vice president and general manager of America Honda Motor Co., Inc. “Just as the new Honda Civic injected new energy into the compact car segment, we expect this all-new 2018 Accord will make people rethink the midsize sedan,” he added.