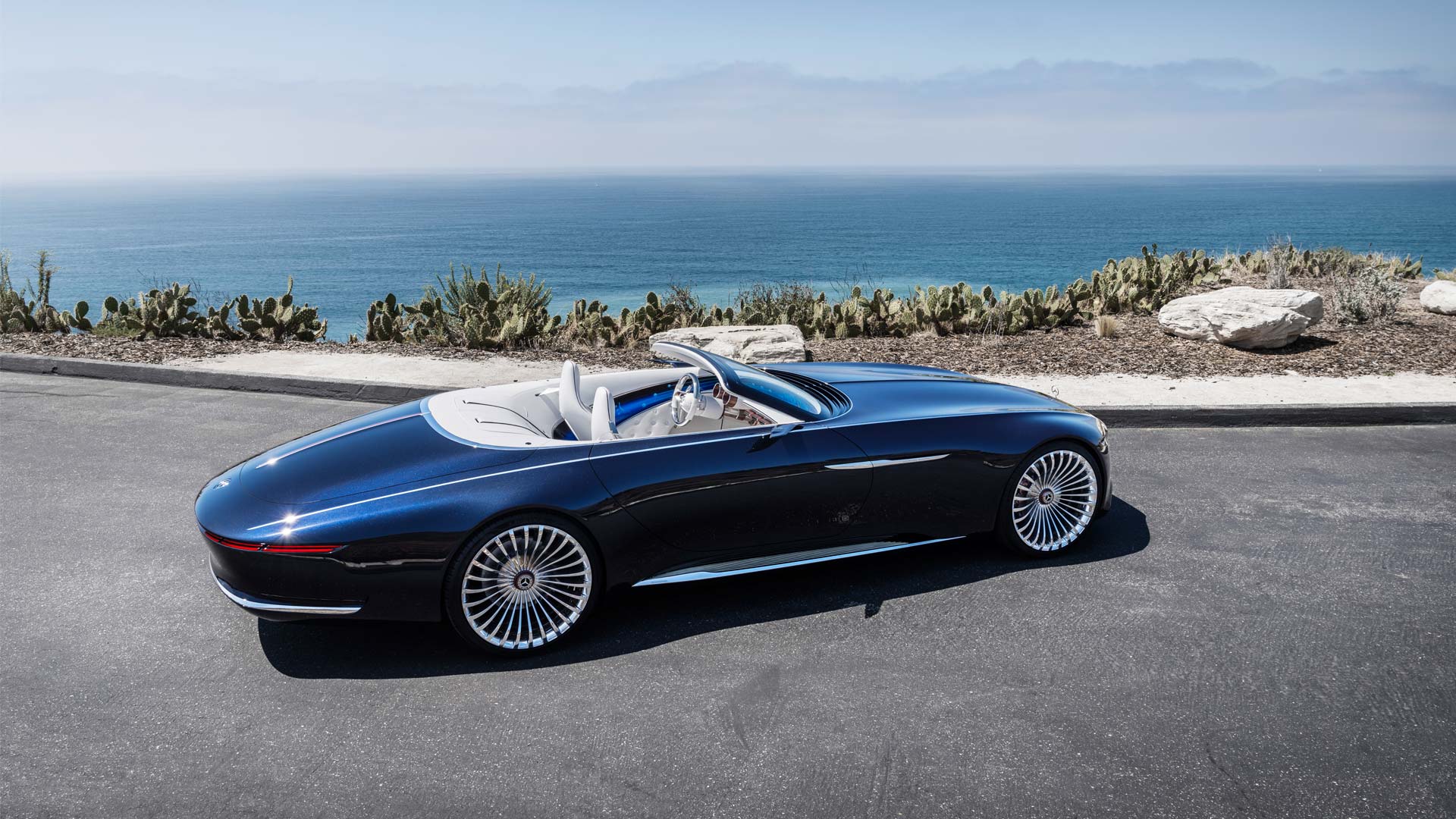 The Vision Mercedes-Maybach 6 Concept was one of the highlights of the last year’s Pebble Beach show. This time, Mercedes has got its Cabriolet sibling to steal the show.

Measuring almost six metres in length, the Vision Mercedes-Maybach 6 Cabriolet is finished in Nautical Blue Metallic — a dark blue paintwork. The grille was inspired by a pinstriped suit, Mercedes said. 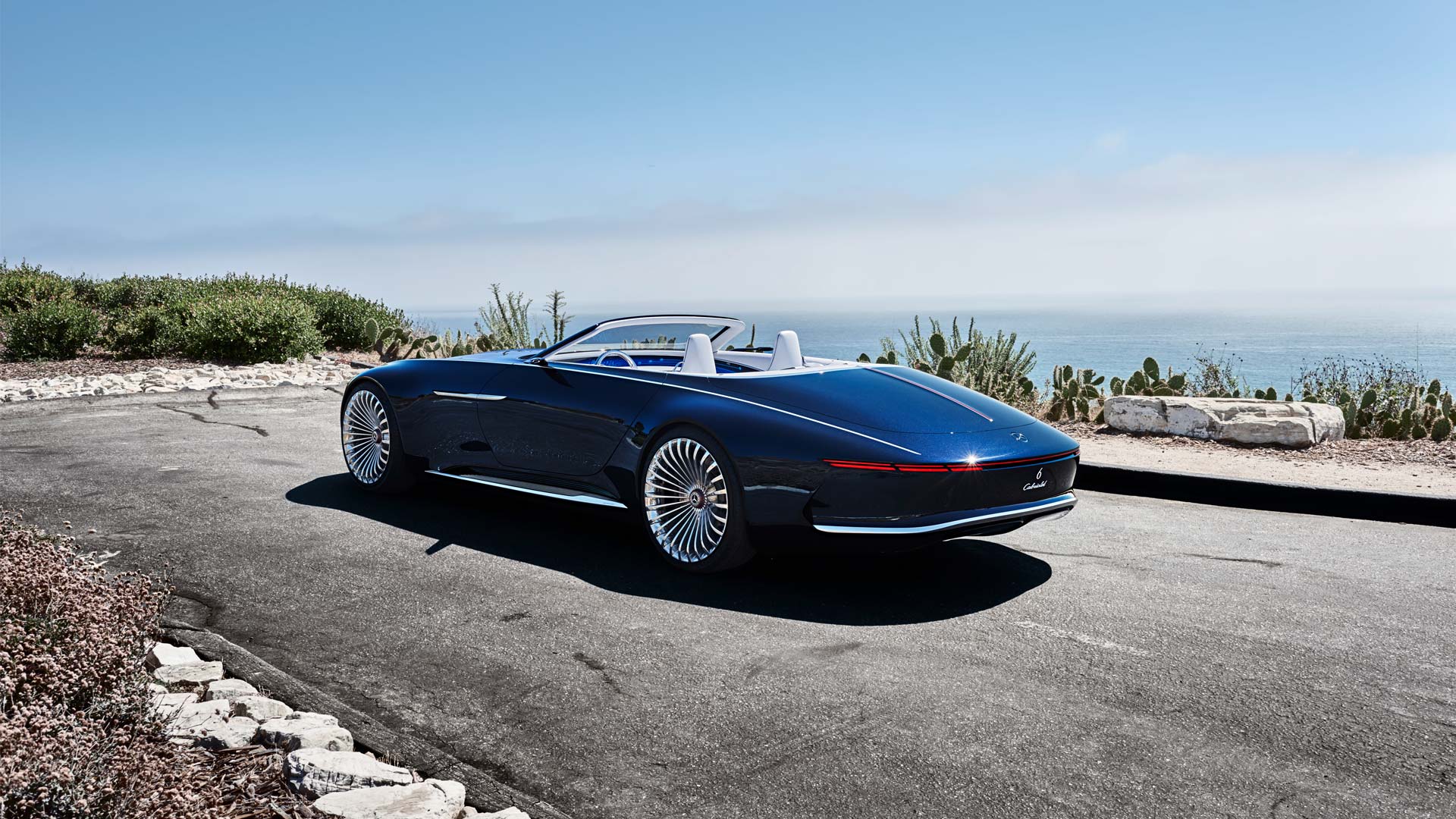 As you would expect, the extended, round “boat tail” of the Cabriolet’s rear recalls a luxury yacht, and narrow taillights which emphasise the width of the vehicle are integrated into its outer edges. Further distinctive features at the rear include the diffuser with aluminium frame and the air outlets behind the wheel arches. 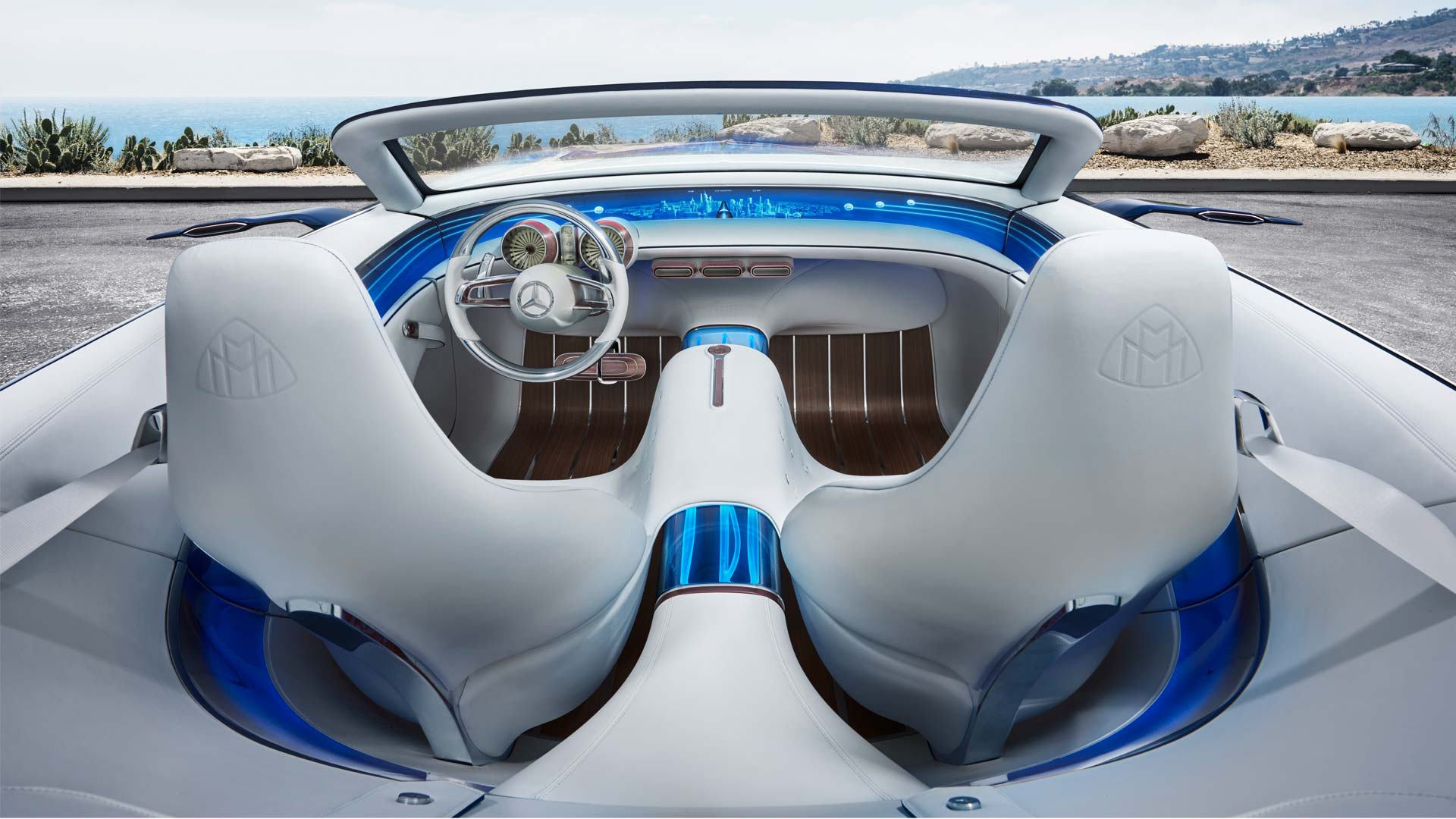 Interiors
Mercedes calls the interiors as a 360° open-air luxury lounge. The formal flow of the areas from the rear into the interior gives a typical yacht feeling. A light wing flows in a curve across the door trim and the centre tunnel into the seat landscape.

The new “inside out” spatial design adds a particularly special feature. The sitting surface forms a horizontal plane, transitions into the vertical plane of the doors and finally becomes the underside of the dashboard wing.

The brand’s hallmark materials and colours are used, such as rose gold on the trim elements, or the surfaces which come into contact with the skin, featuring a lavish, quilted crystal white Nappa leather finish. The leather is put into folds in a diamond pattern and secured to the frame with buttons. The seat upholstery boasts a futuristic interpretation — each individual button of the quilting depicts a delicate Mercedes star, backlit in blue. The open-pore wood floor with inlaid aluminium underscores the lounge sensation and the connection to yachting. 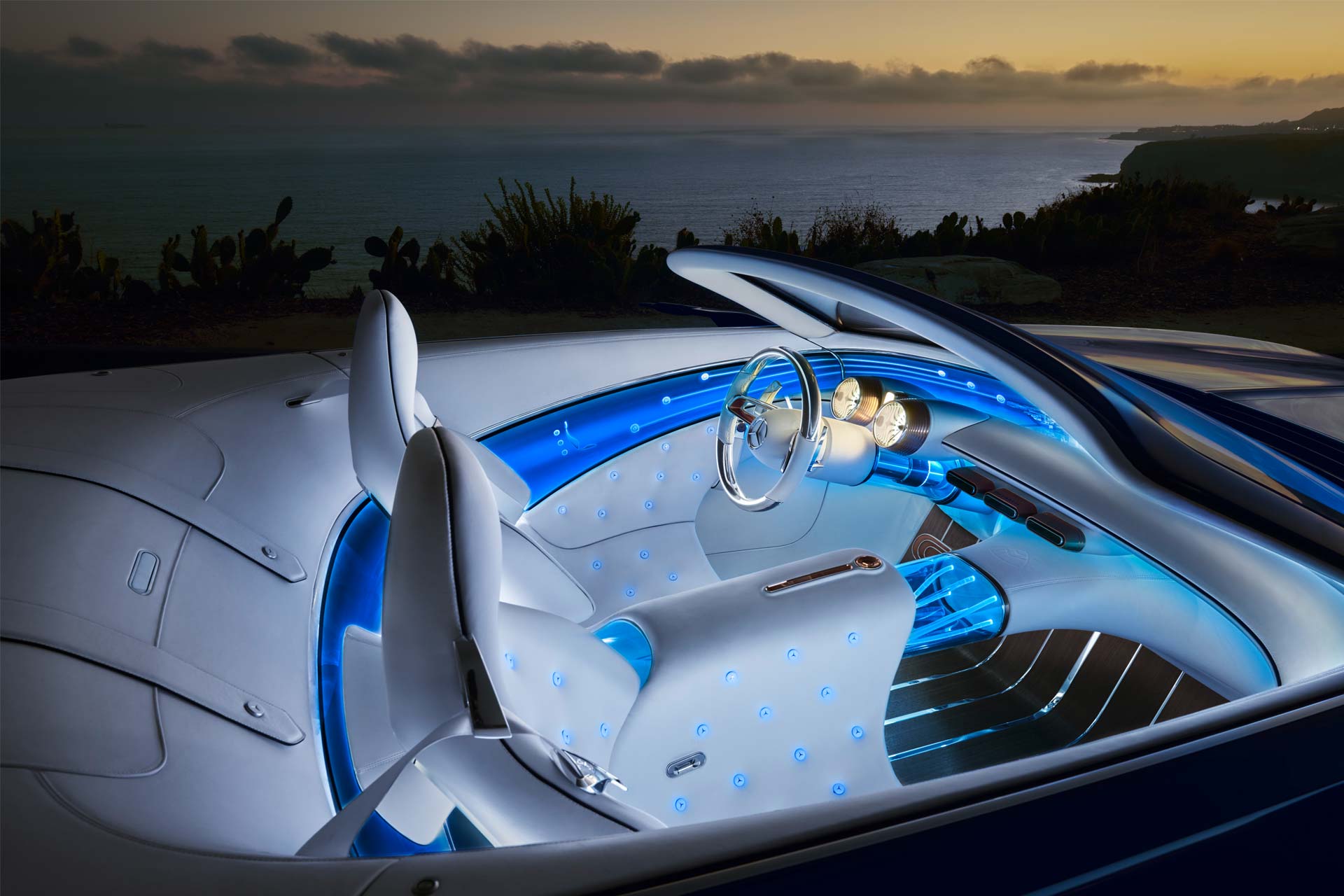 Above the 360° luxury lounge, the display strip links doors, dashboard and the rear area. All display elements are integrated into the continuous glass trim part. By way of contrast, classic round dials, such as the instrument cluster, are positioned prominently. There is a combination of digital displays with real needles. Mercedes said that by using “hyperanalogue” elements, the designers are responding to the need of people to experience analogue luxury in what is an increasingly digital world. As a classic borrowing from aviation, three air vents are positioned beneath the wing which appear to float like engines.

Another highlight comes courtesy of the floating, transparent centre tunnel, which visualises the drive system’s electrical energy flow for the passengers by means of blue fibre optics.

The main driving functions as well as information relevant to the location (eg. restaurant recommendations or information on points of interest) are shown on the windscreen via two head-up displays. 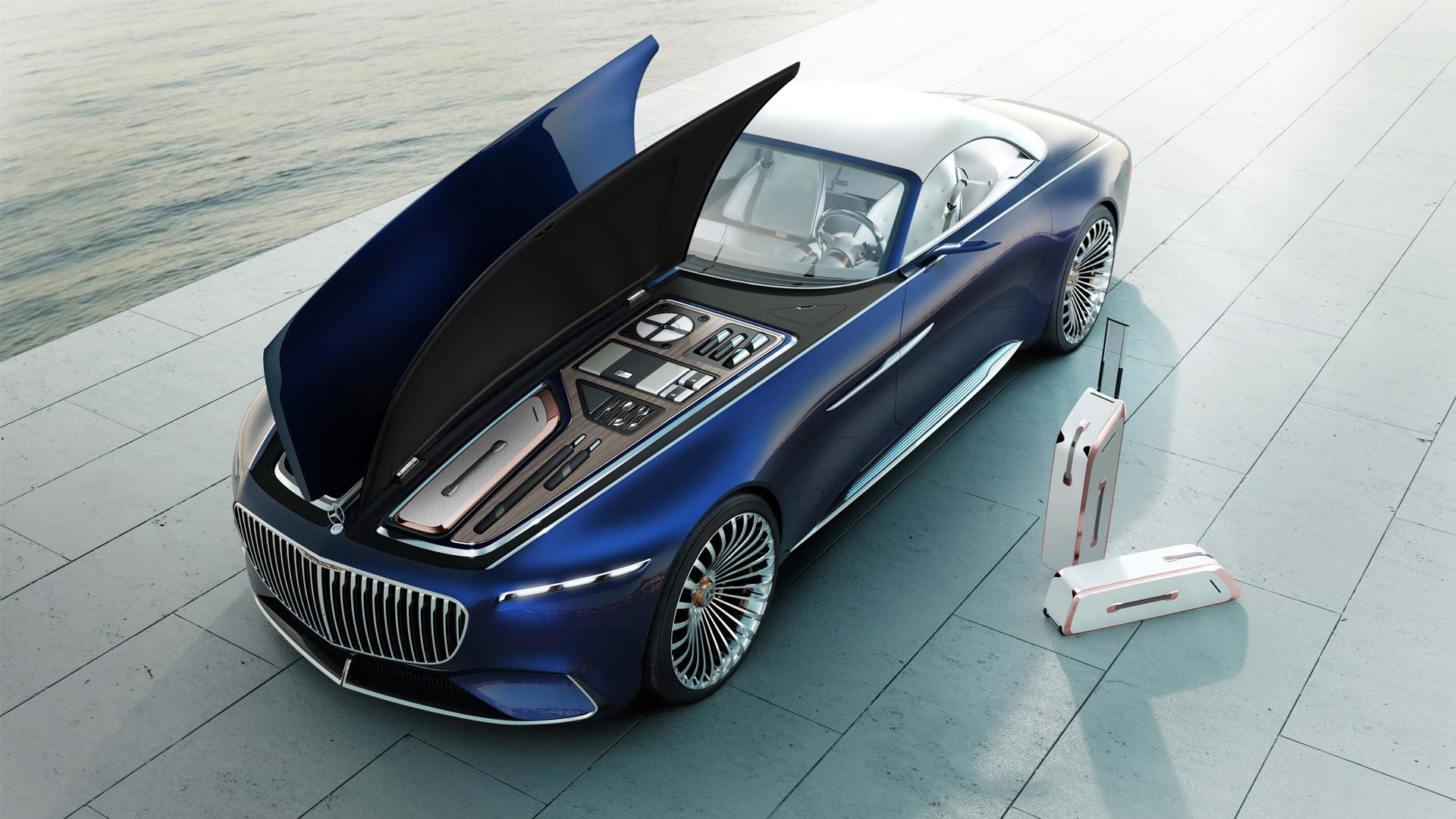 Power
Similar to its coupe sibling, the Cabriolet too is an all-wheel drive electric concept. Its four electric motors produce an output of 550 kW (748 hp). The flat battery sits in the underbody. A 0‑100 km/h acceleration happens in under 4 seconds, and the top speed is electronically limited to 250 km/h. It has a range of over 500 km according to the NEDC (over 200 miles according to EPA).

The quick-charge function allows a charging capacity of up to 350 kW. In just 5 minutes, enough power can be charged to achieve an additional range of around 100 km, said the company. 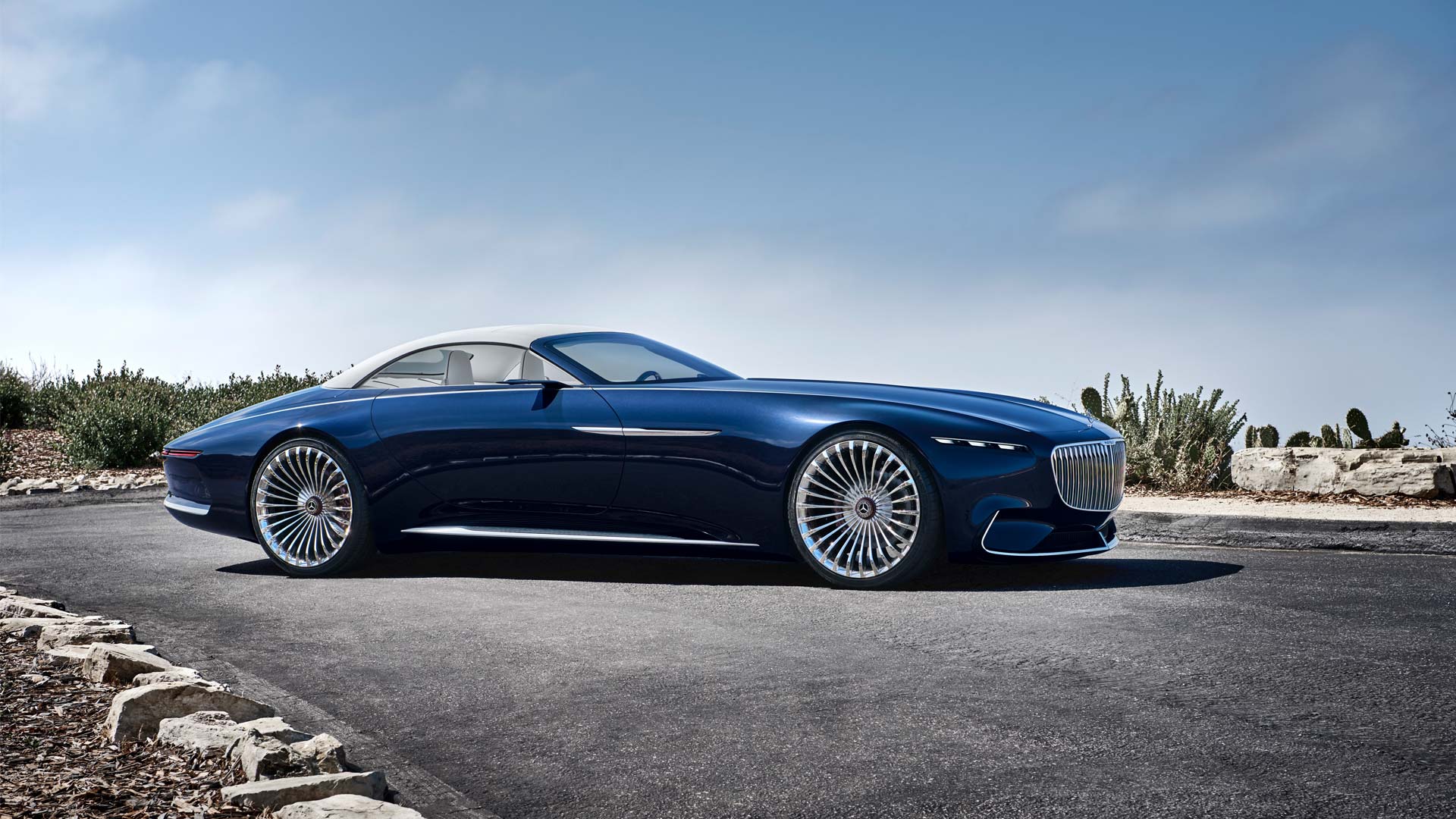 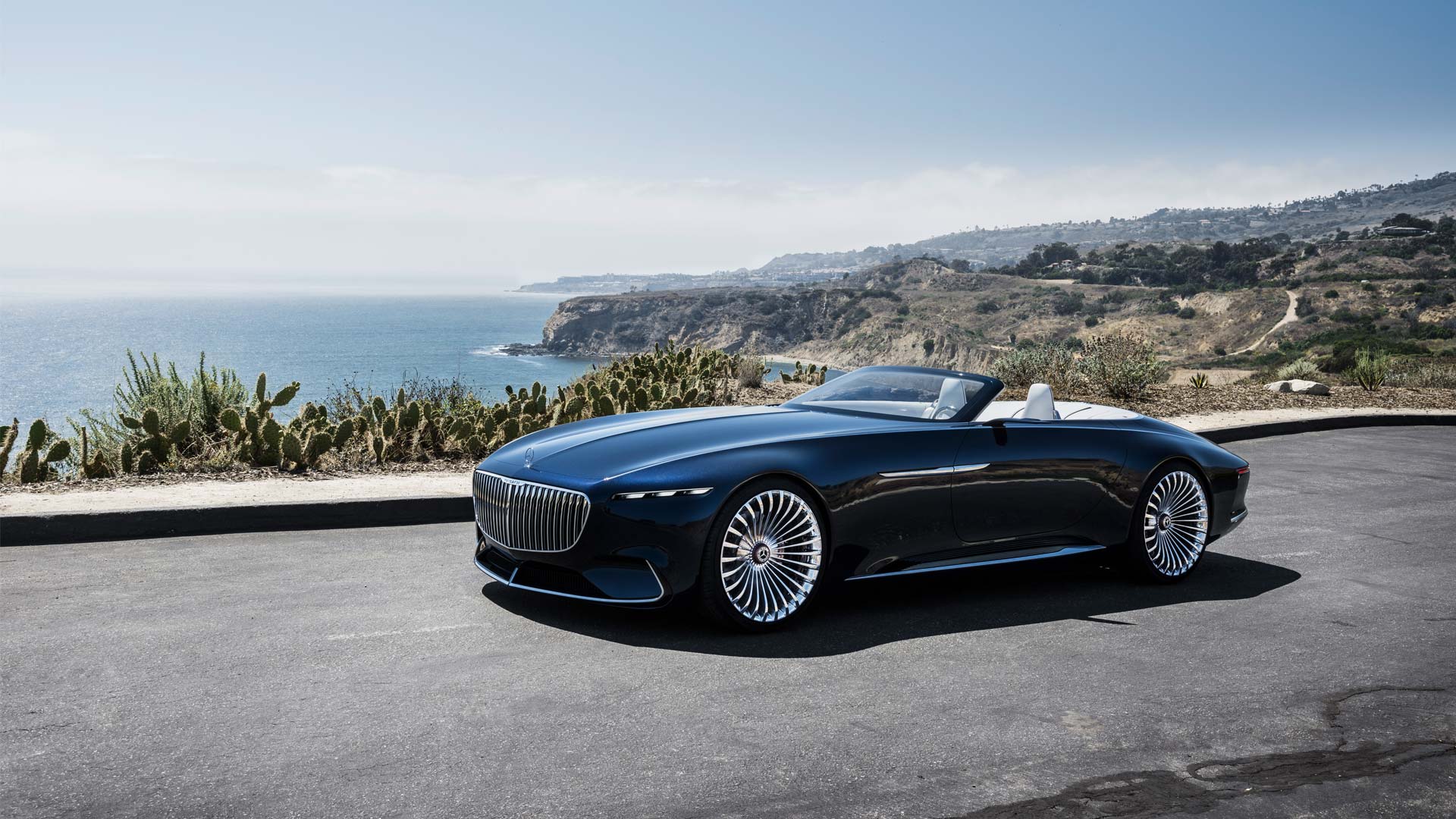 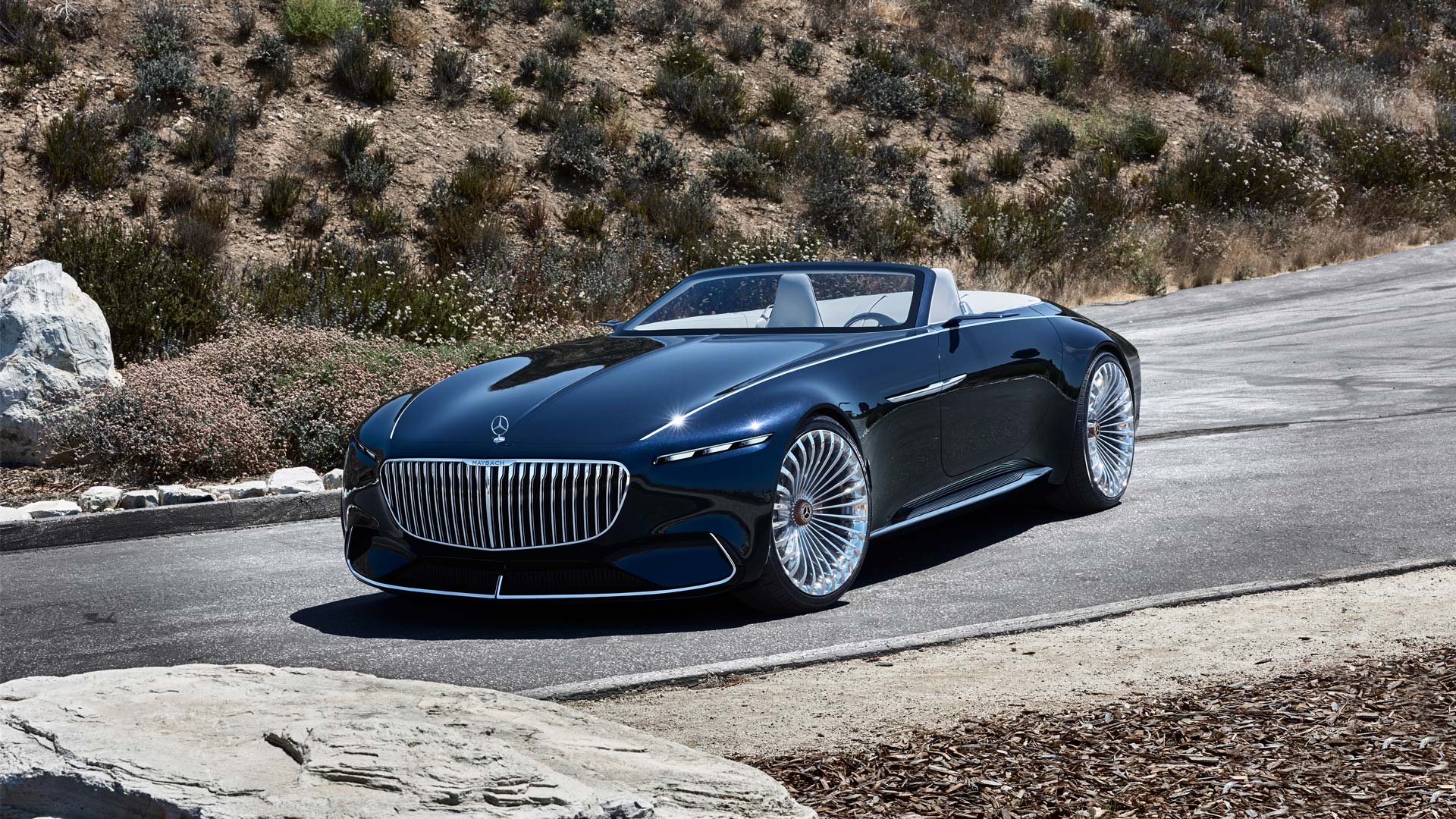 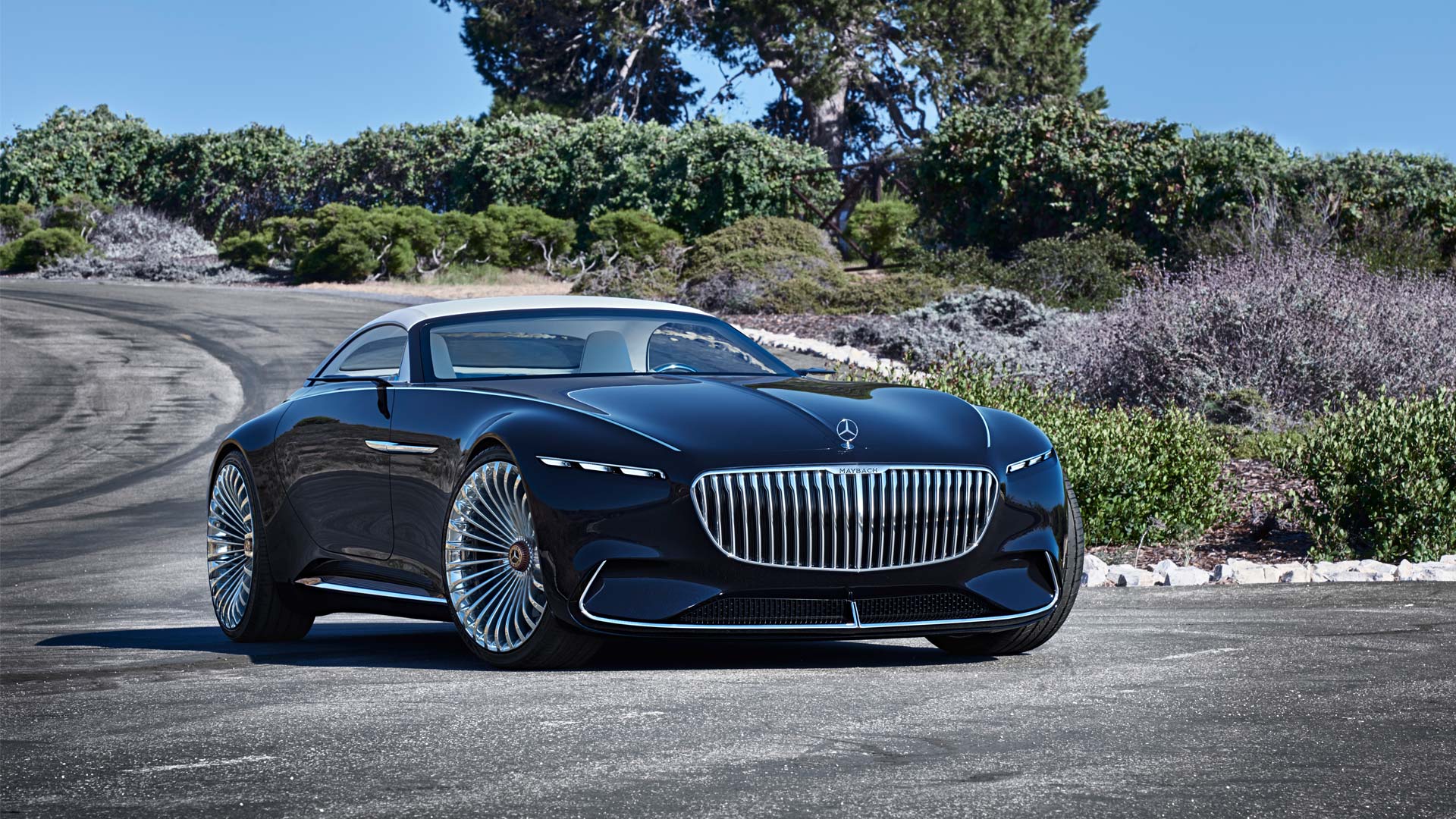 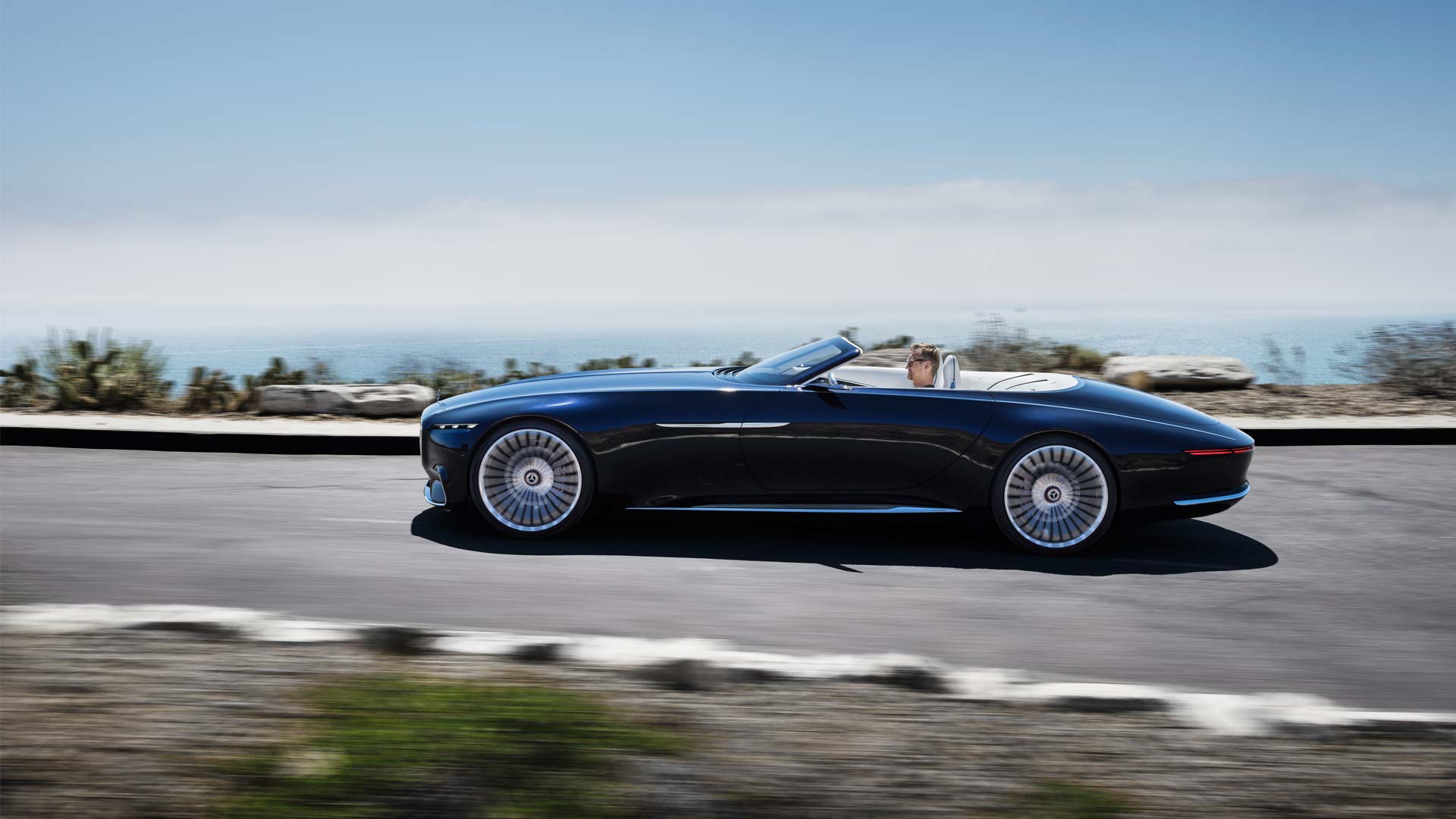 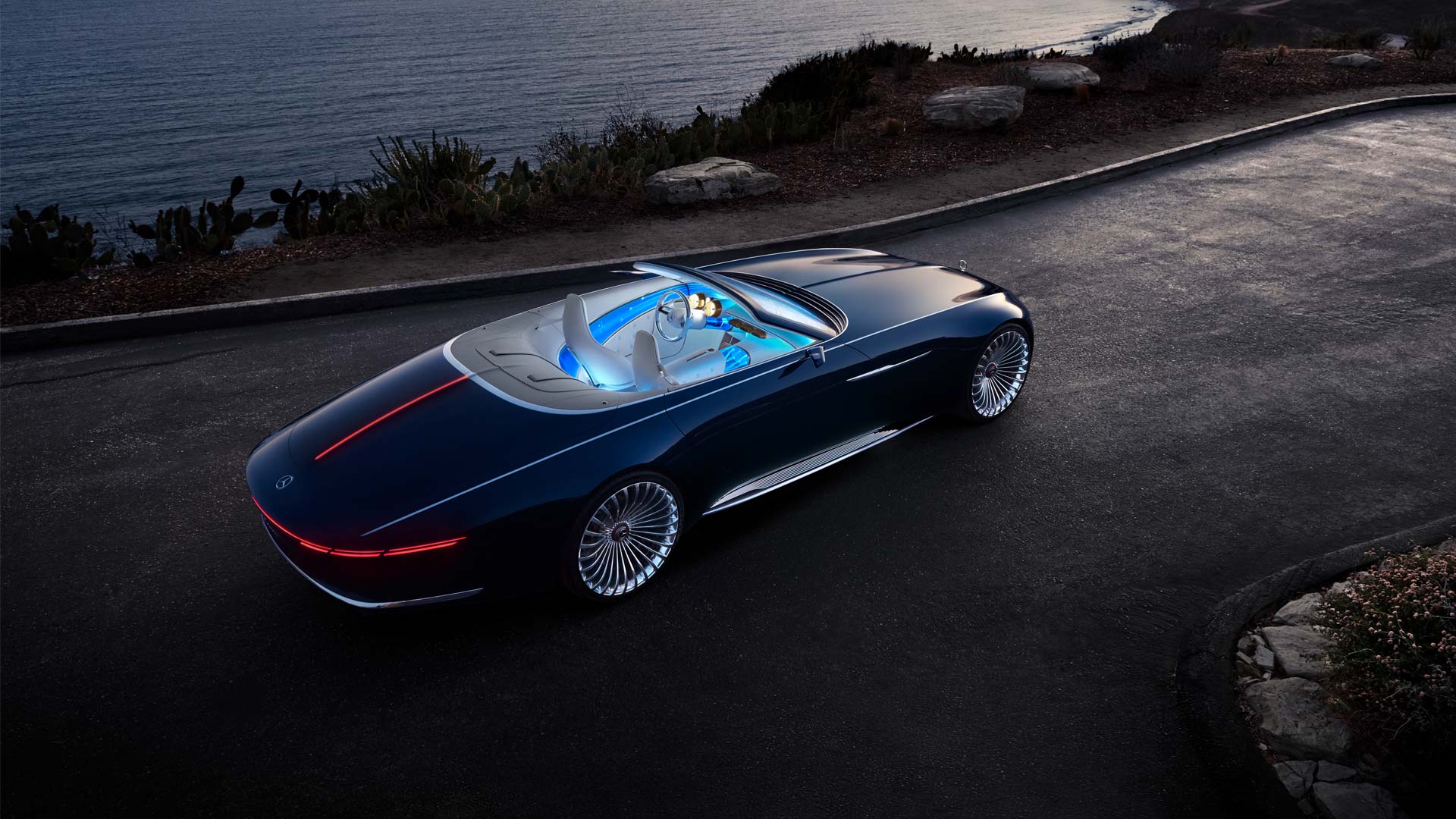 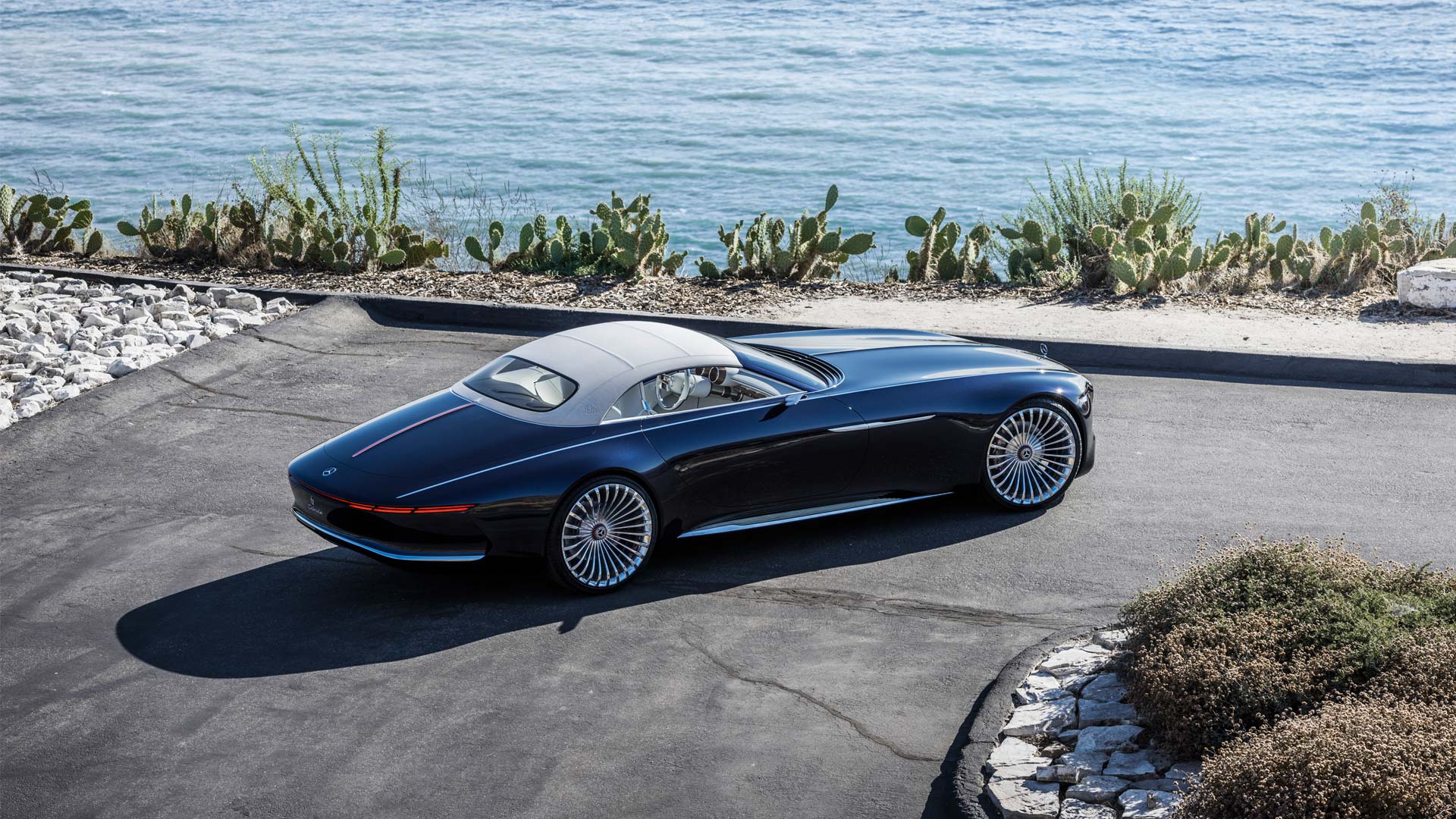 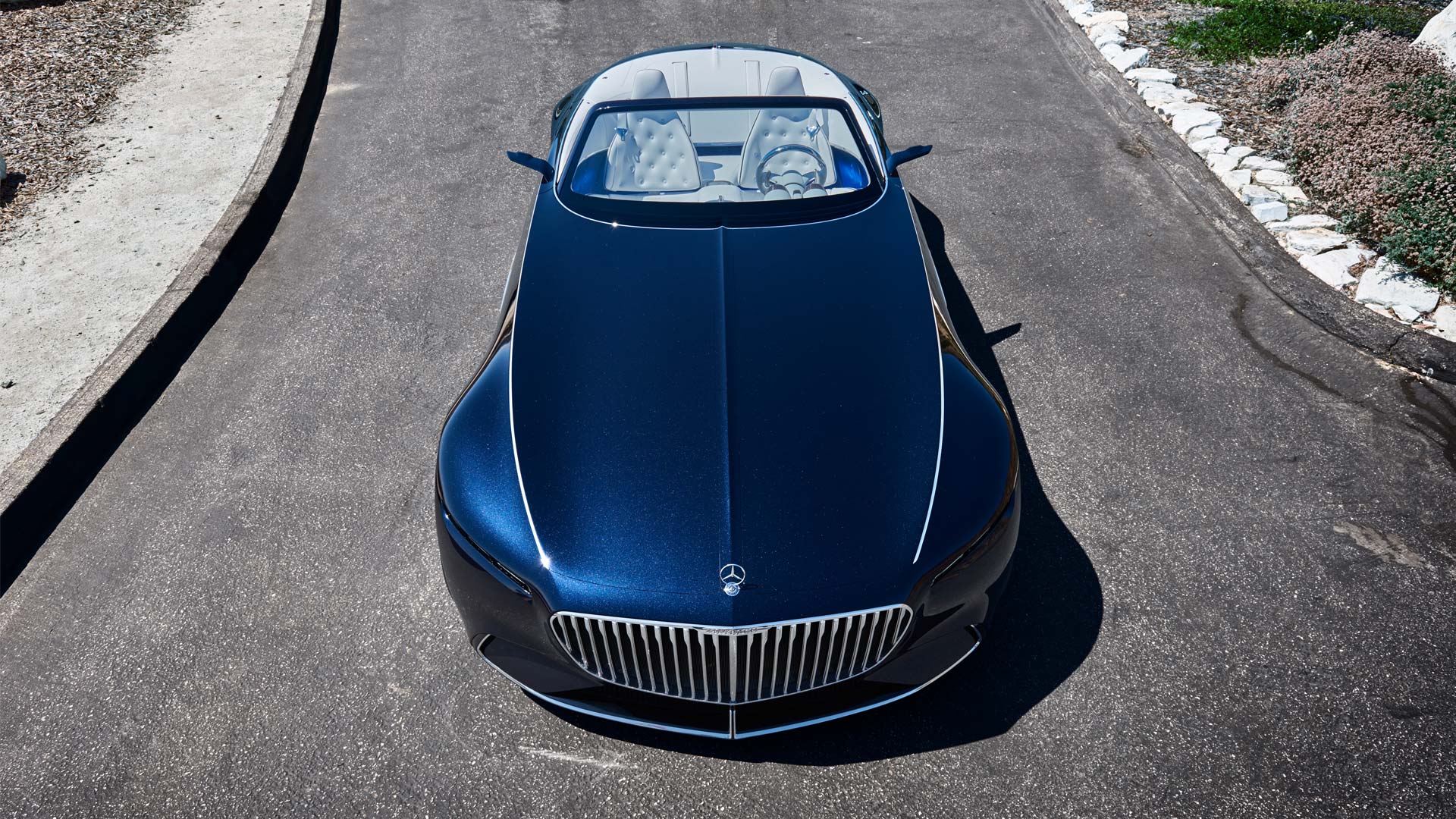 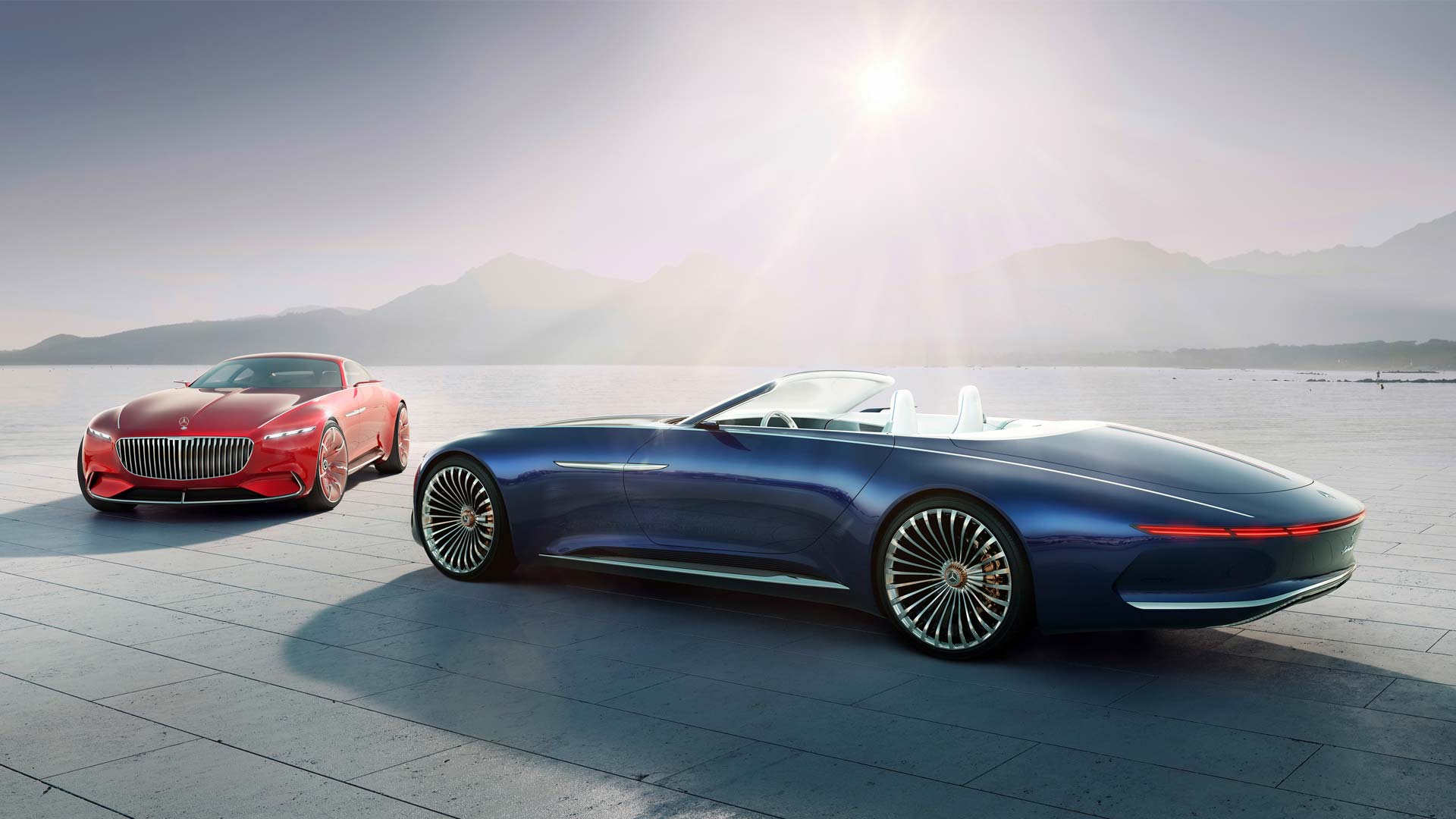