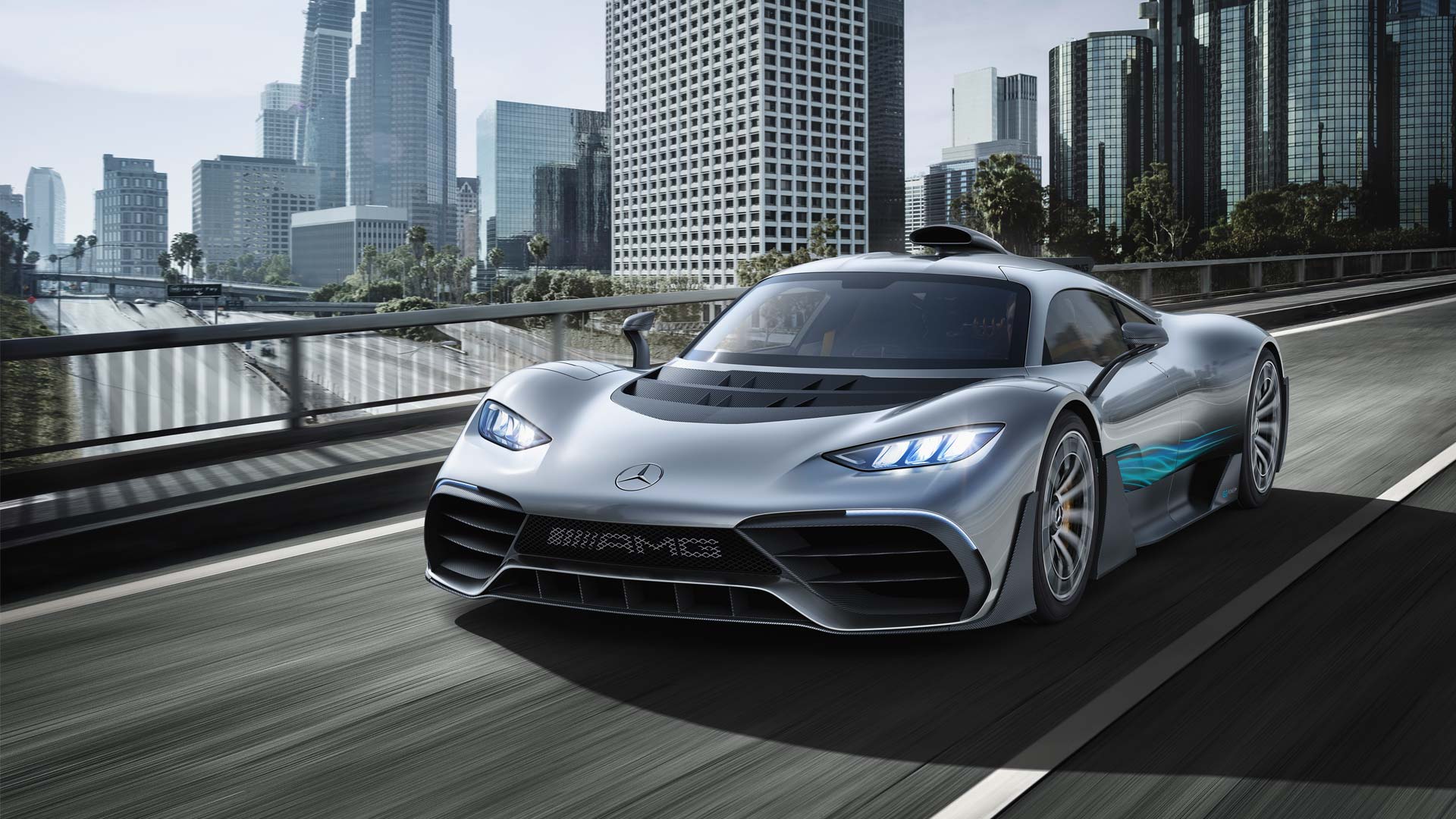 The first thought that probably comes to your mind is, “this thing is less extreme and looks more practical than the Valkyrie“. Don’t get me wrong, the design is extreme, but it is extreme in a “practical way,” if that makes any sense.

The 1.6-litre V6 single turbo petrol engine is from the Mercedes-AMG Petronas Formula 1 racing car. To achieve high engine speeds, the mechanical valve springs have been replaced by pneumatic valve springs. The engine can easily reach speeds of 11,000 rpm, which is currently unique for a road-going vehicle, the company said. However, for higher longevity and the use of commercially available Super Plus petrol instead of racing fuel, it remains significantly below the F1 engine speed limit. 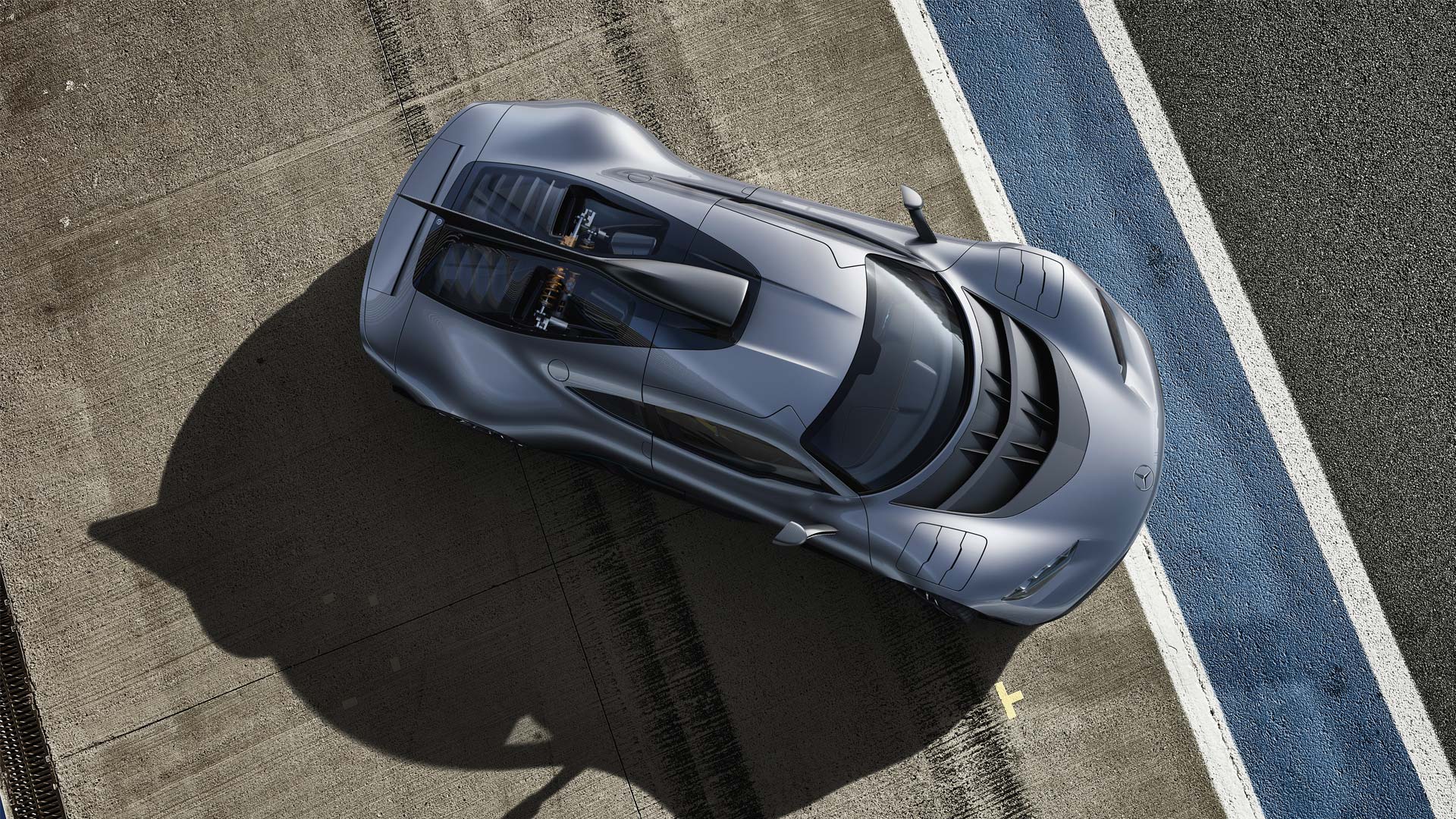 There is a 120 kW (163 hp) electric motor on the crankshaft (MGU-K = Motor Generator Unit Kinetic) and an electric turbocharger (MGU-Hybrid) to eliminate any lag. According to Mercedes, the response is lightning-quick, faster than a naturally aspirated V8. The e-turbocharger uses parts of the surplus energy from the exhaust system to generate electricity, and either stores it in the lithium-ion battery as part of recuperation or provides additional drive power by feeding it to the aforementioned 120 kW electric motor. These two help achieve over 40% thermal efficiency.

There are two more 120 kW electric motors at the front axle. Each is connected to the front wheel via a reduction gear. The fully electrically driven front axle allows individual acceleration and braking of each front wheel, and therefore selective torque distribution (torque vectoring). Mercedes estimates that up to 80% of the braking energy can also be optimally used for recuperation under everyday driving conditions. This energy is stored in the battery and is available for a longer electric range. Each electric motor is controlled by its own power electronics located in close proximity to the electric motors in the floor assembly. 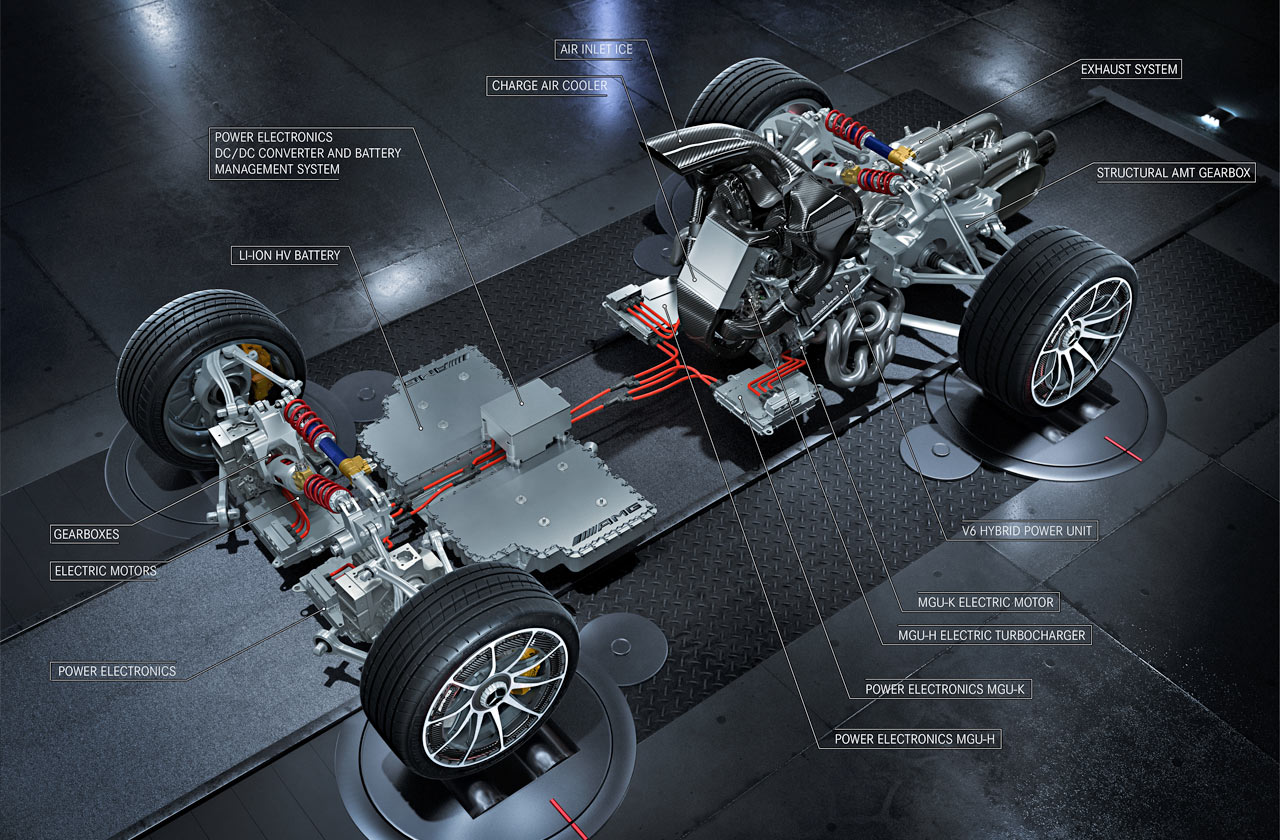 The AMG Speedshift 8-speed transmission (AMT) has been entirely developed from scratch for the Project One. It is activated hydraulically and can be operated in automated mode or manually using the shift paddles.

Also, the driver can move off purely electrically, initially with just the electric motors on the front axle and the electric motor on the crankshaft for short-term acceleration needs. If the driver presses the accelerator more firmly and demands more output, the V6 engine switches on. The drive system unfolds its full power as the engine speed increases. With the Race Start function, acceleration from 0-200 km/h (124 mph) is claimed to happen under 6 seconds.

If the driver’s foot leaves the accelerator again to let the car coast, the system switches to electric drive at the front axle – whilst braking under normal driving conditions recuperates up to 80% of the energy, which is fed into the battery. 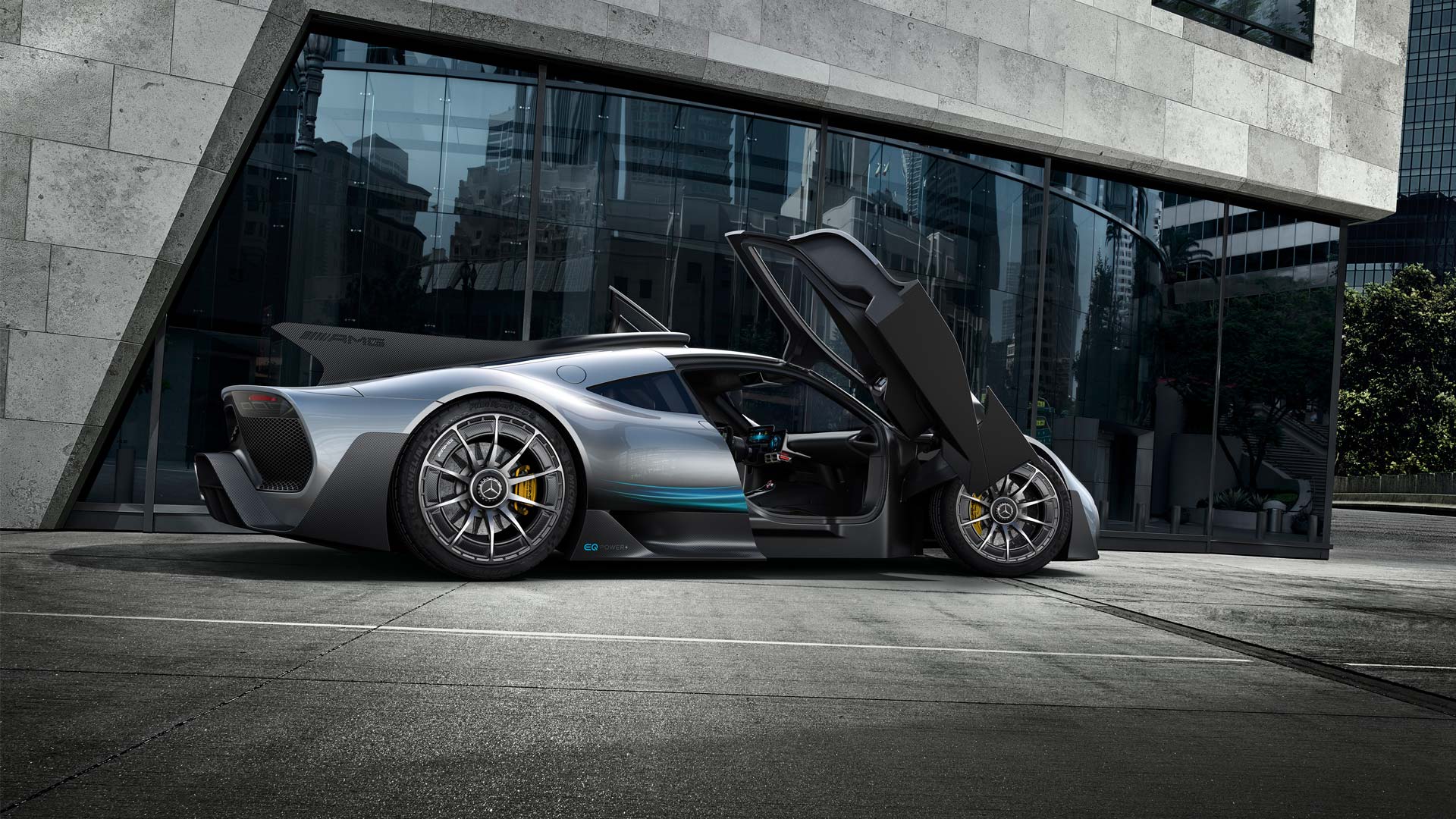 Suspension
As for the suspension, multi-link designs are used at the front and rear. Both push-rod spring struts have been installed across the direction of travel.

ABS is standard equipment, with ESP adjustable in three stages as is usual for AMG. ESP ON stands for a high level of safety, ESP Sport Handling Mode allows greater yaw angles before system intervention for a sporty driving style, and ESP OFF switches the system off for sporty driving on enclosed racetracks, the company said.

Wheels are 10-spoke forged aluminium developed exclusively for the Project One, shod with 285/35 ZR 19 at the front and 335/30 ZR 20 at rear Michelin Pilot Sport Cup 2 tyres.

Exteriors
The carbon-fibre monocoque body gets flat LED headlamps, and an automatically extending front splitter for more downforce. There are additional active flaps on the front wings/fenders (3 on each side) where you’d normally find louvres in other performance cars. 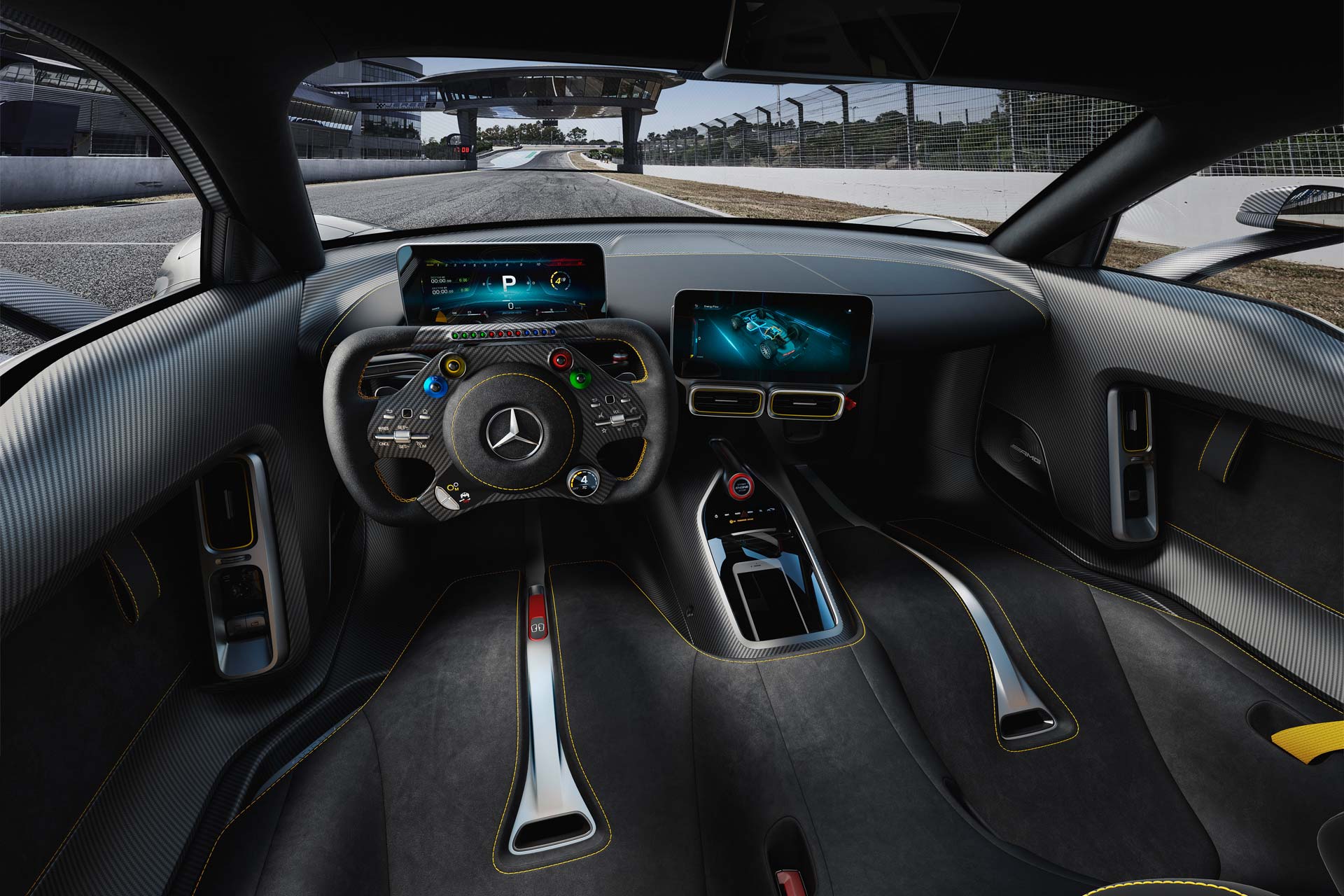 Interiors
The Interior gets two high-resolution, free-standing 10-inch displays with the centre one being a Comand infotainment system; Formula 1-style steering wheel with LED shift display, and some generous exposed carbon fibre, of course.

Reportedly, all 275 units have been spoken for. 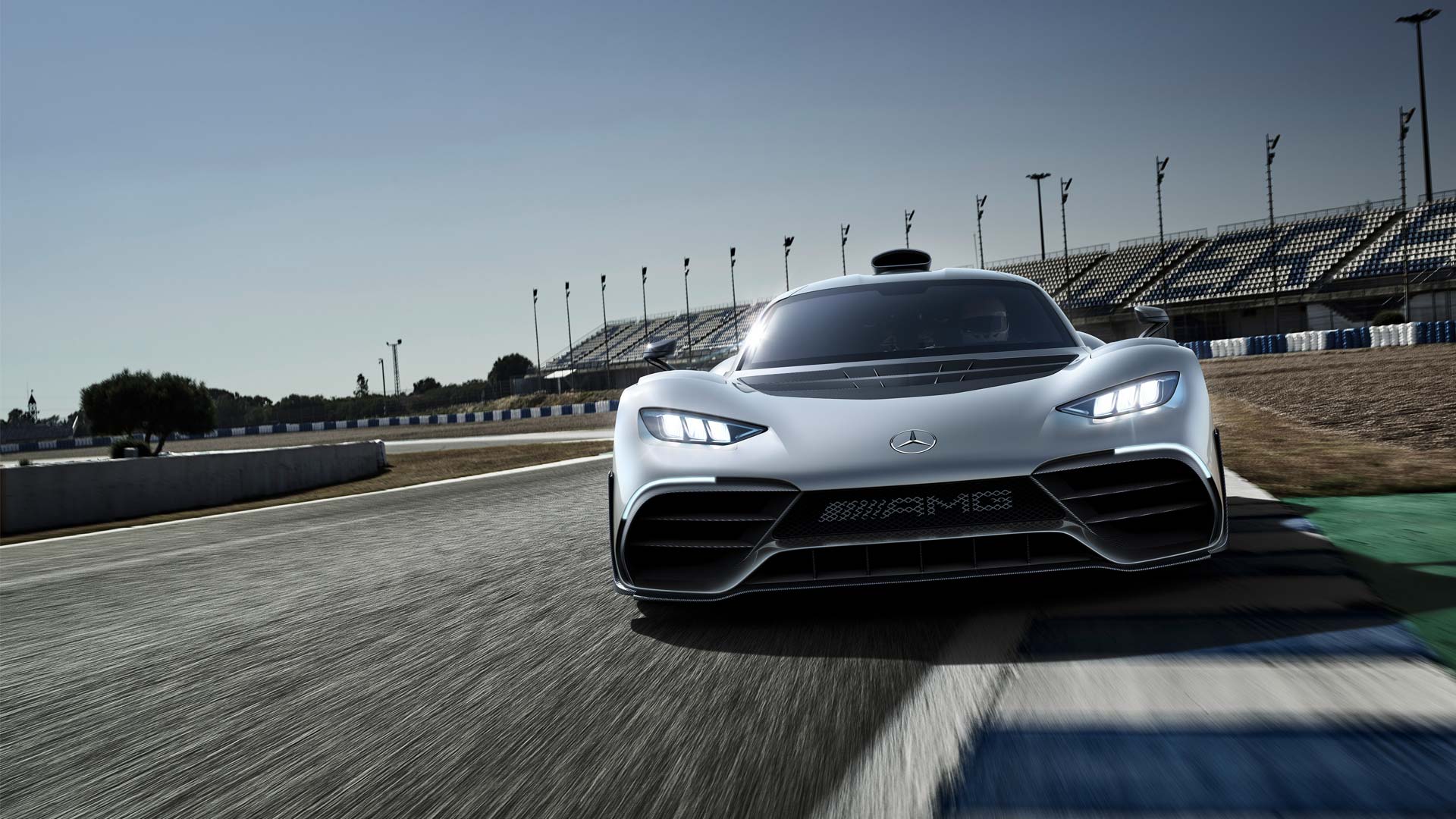 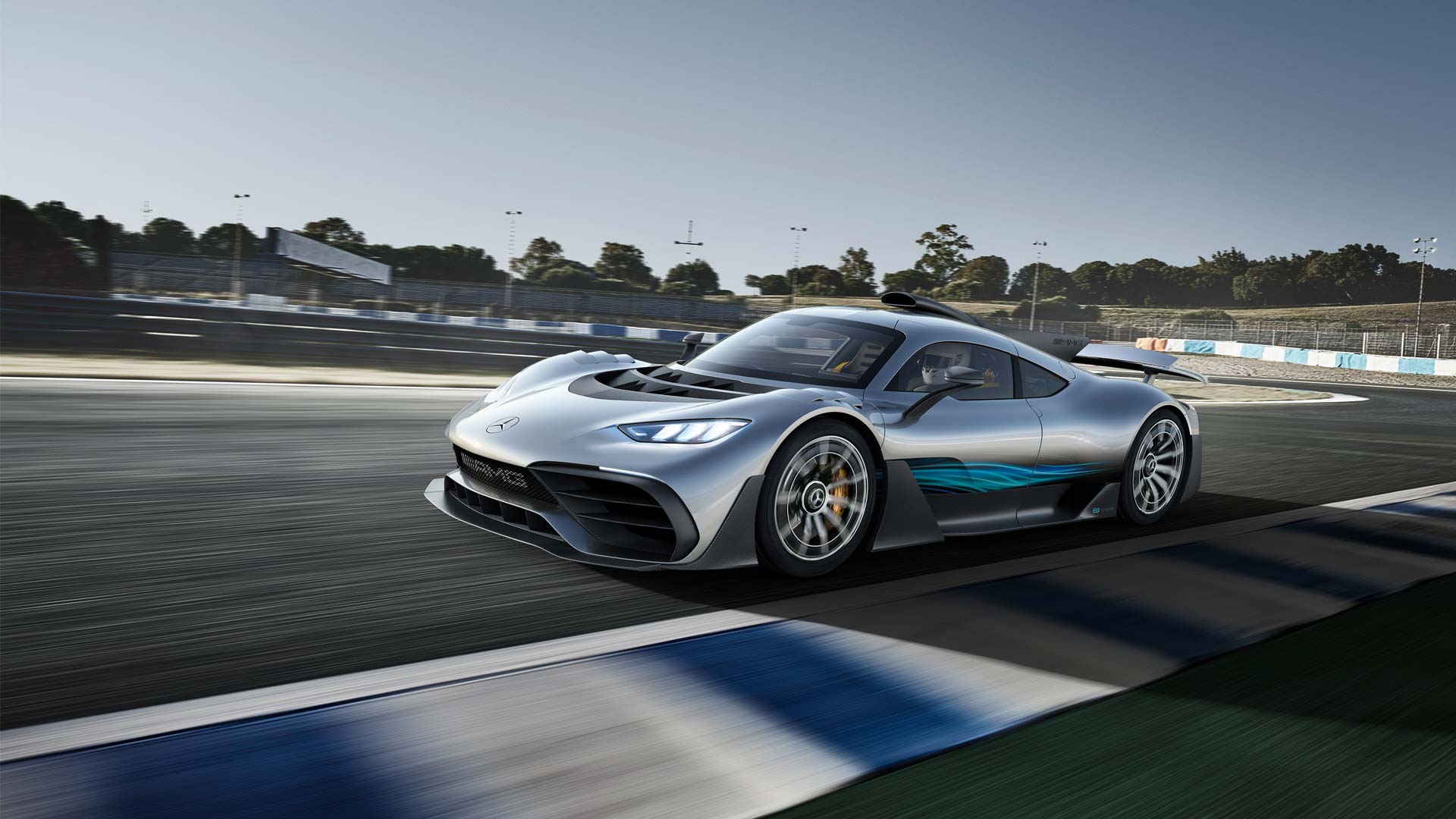 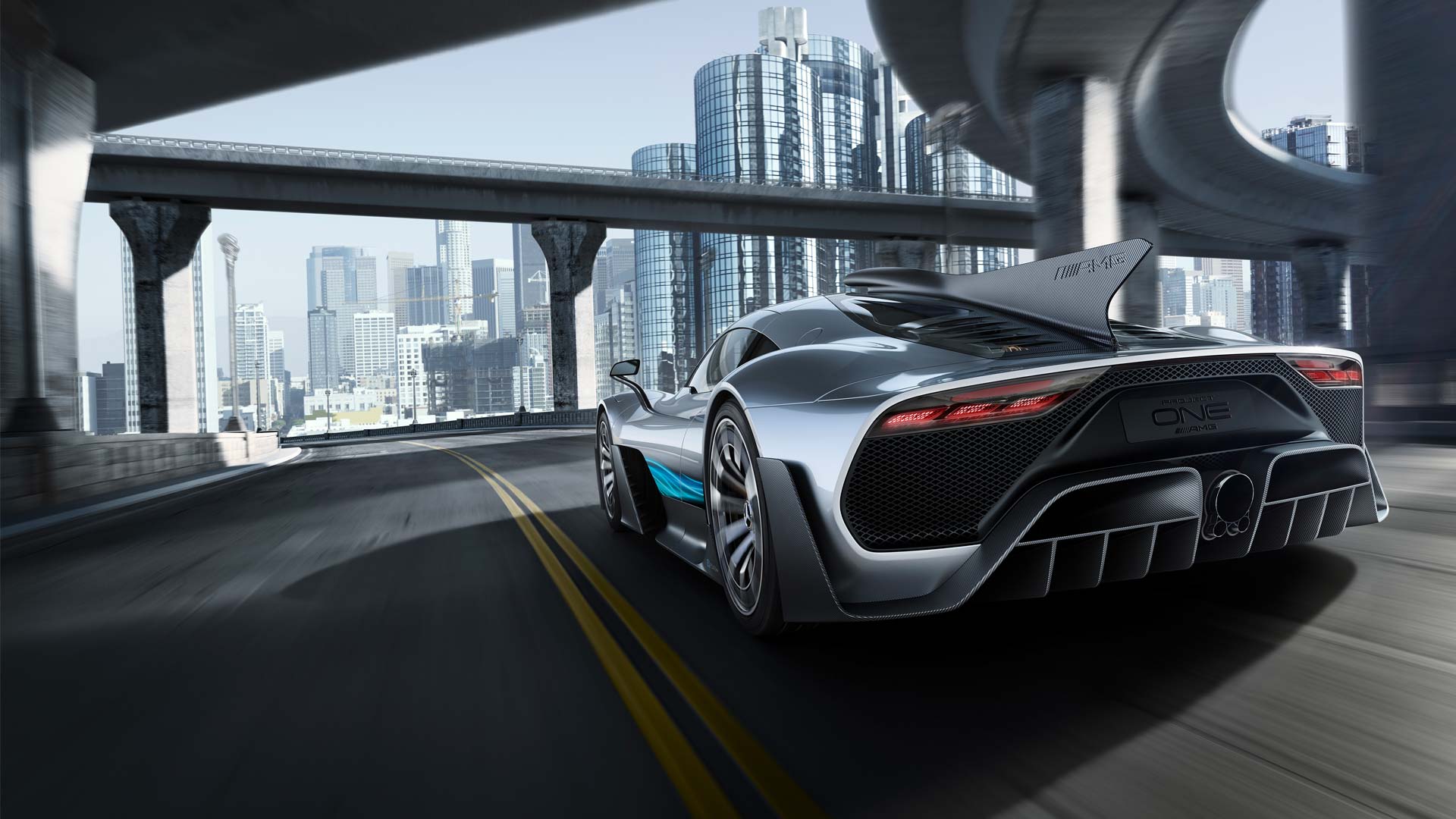 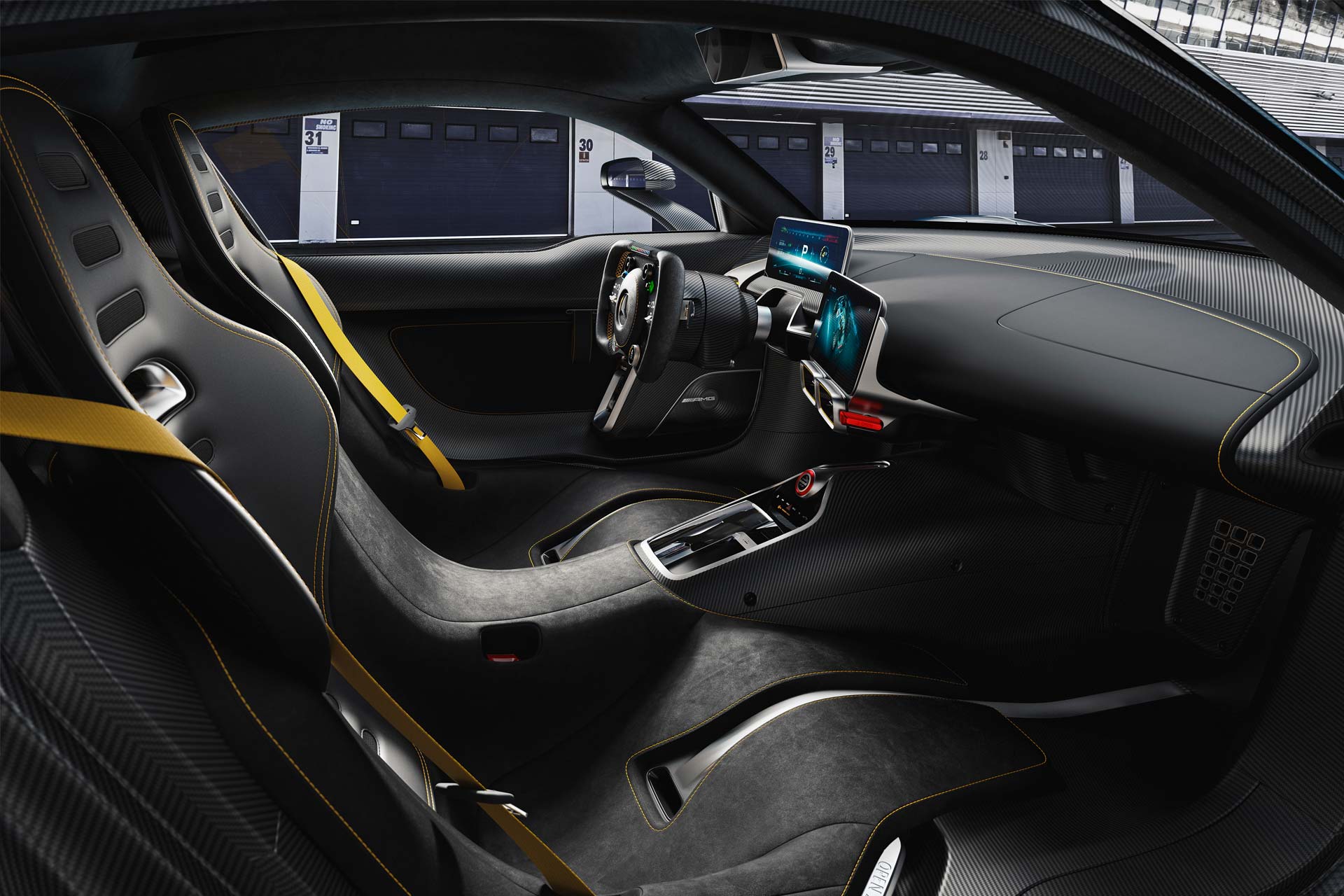 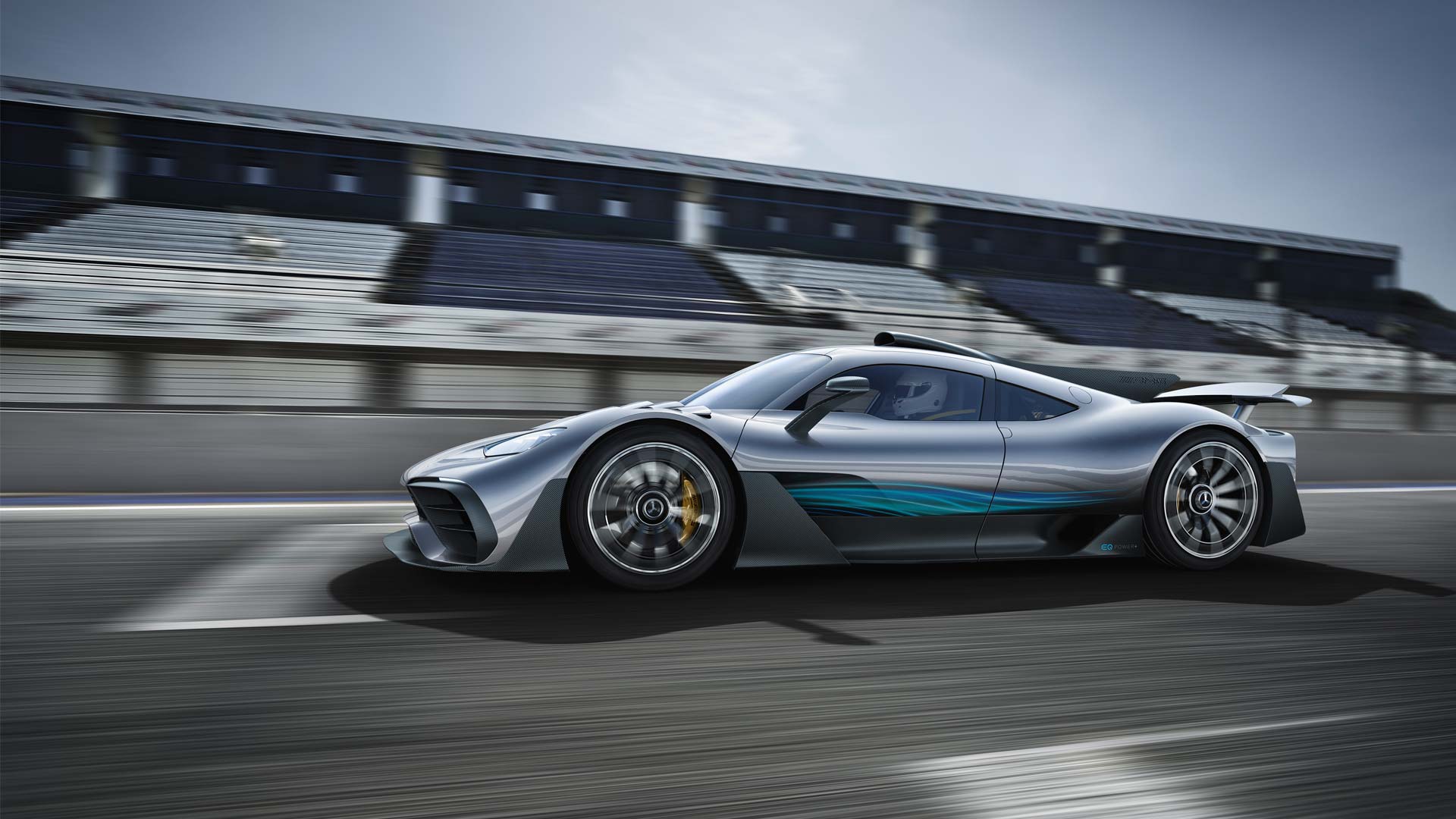 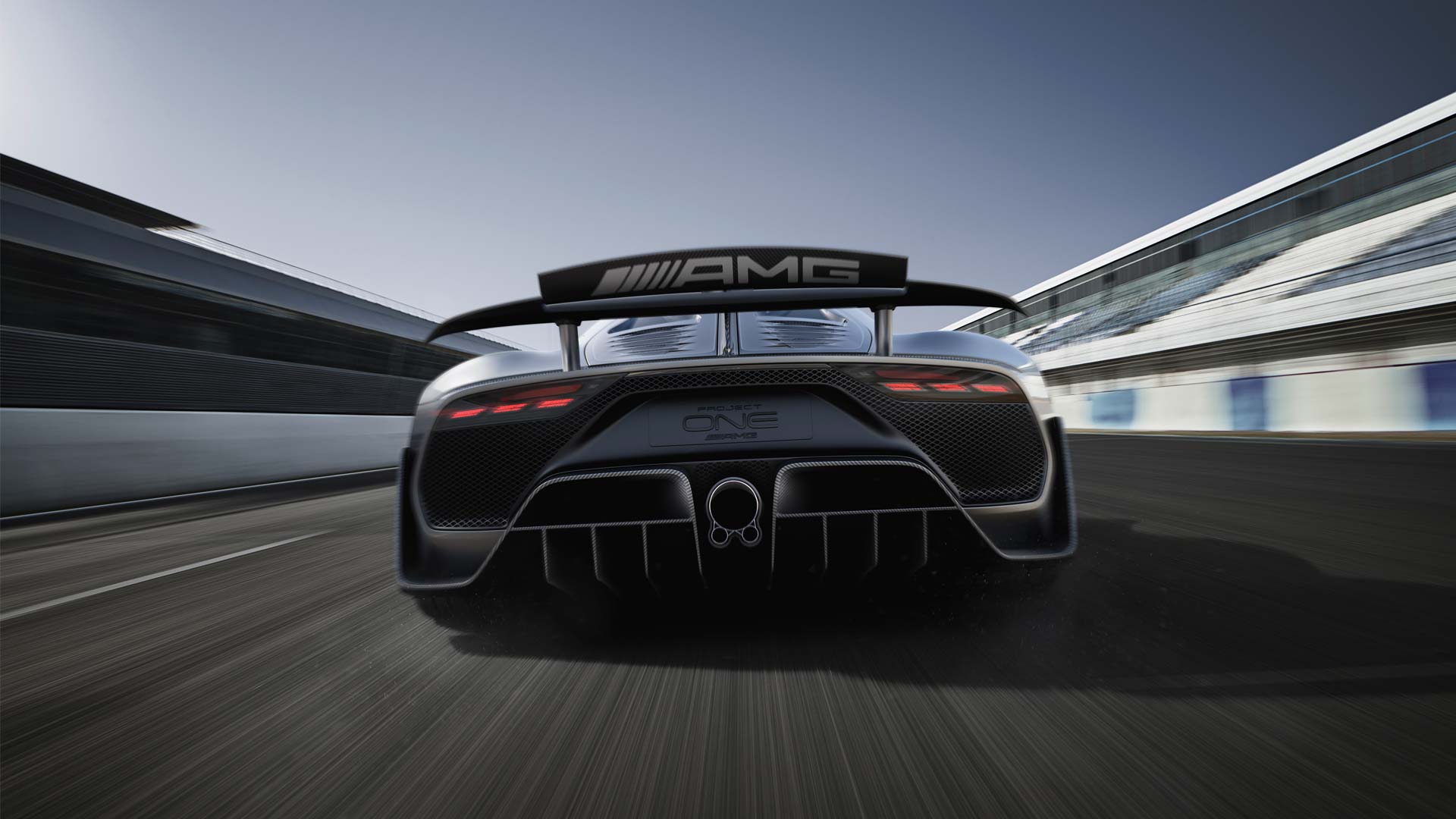