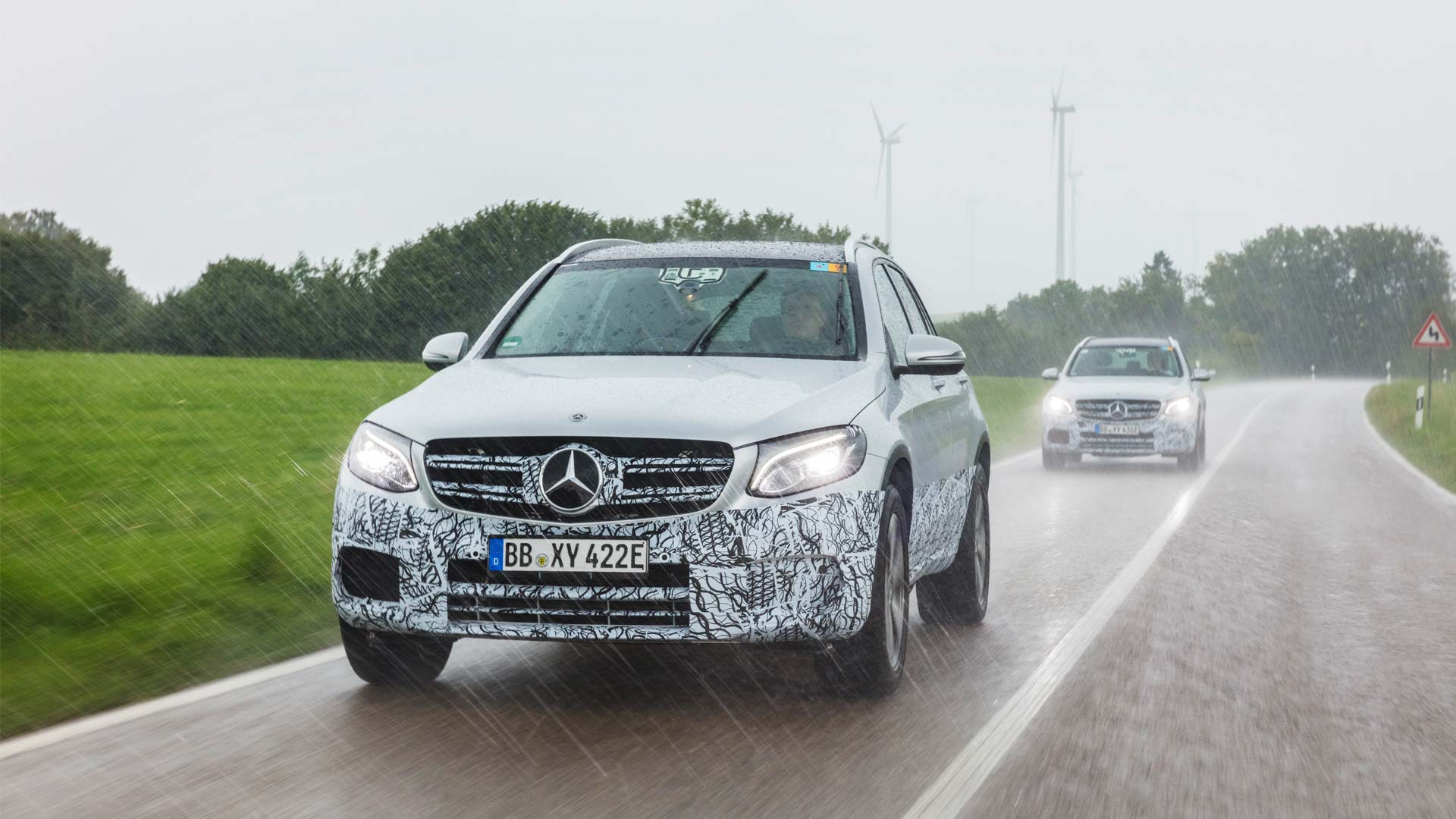 Mercedes-Benz today announced that the company is busy developing fuel cell vehicles based on the GLC SUV. The pre-production vehicle of the GLC F‑CELL will be displayed for the first time at the IAA 2017 in Frankfurt this month.

Mercedes said that the F-CELL combines the fuel cell and battery technology into a plug-in hybrid. The Fuel Cell Centre of Competence Nabern east of Stuttgart plays a crucial role in the GLC F‑CELL. The fuel cell experts used about 200 tonnes of hydrogen in their tests since 2015. The only “exhaust gas” emitted was water vapour – 1800 tonnes of it in all.

The vehicle has undergone testing at the Vehicle Safety Technology Center (TFS), which is claimed to be the world’s most modern crash test centre, offering testing for vehicles with alternative powertrains, vehicle-to-vehicle tests or for the design of assistance systems and PRE‑SAFE. The GLC F‑CELL received its aerodynamic finishing touches in the wind tunnels at the Mercedes-Benz Technology Center in Sindelfingen, where even the most extreme weather events can be simulated. Temperatures ranging from minus 40 to plus 60 degrees Celsius, hurricanes with wind speeds of up to 265 km/h, tropical downpours and heavy snowstorms are all part of the standard repertoire available to the test engineers.

After the first prototypes were roadworthy, the summer and winter road testing of the GLC F‑CELL began. The vehicles were driven on the proving grounds in Spain (IDIADA near Barcelona), Sweden (Arjeplog) and Germany (Boxberg), among others. The road tests also took the test teams to the Sierra Nevada (Spain) and the low mountain ranges of the Schwäbische Alb and the Black Forest in Germany. The test program comprised of more than 500 individual tests, said the company.

As for the safety, Mercedes said that the hydrogen tanks are installed in the crash-protected area between the vehicle axles and are protected additionally by a subframe wrapped around the tanks. Additional extensive measures has been implemented such as, for example, a multi-stage valve system as well as special protective circuits for the high-voltage system.

To date, the fleet of Daimler fuel cell vehicles, which together with a host of research vehicles numbers more than 300, has collectively covered nearly 18 million kilometres, added the company.