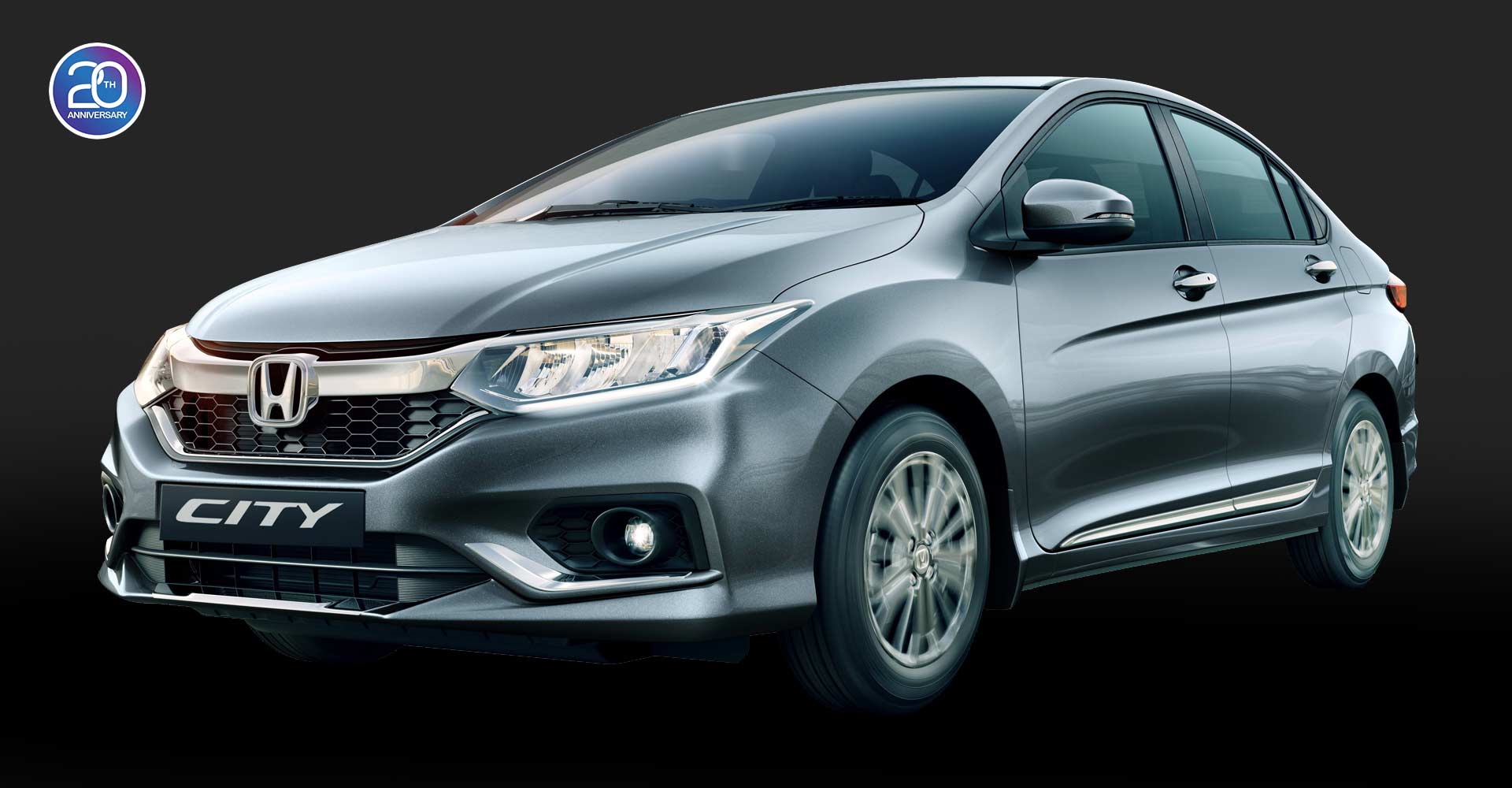 The City 20th Anniversary Edition is available in the top ‘ZX’ variant. The Amaze Pride Edition comes equipped with few more features, including a touchscreen infotainment system. It is offered in the ‘S(O)’ variant of the model. The WR-V Edge Edition offers new alloy wheels and a safety package in the ‘S’ variant.

WR-V Edge Edition
The special edition WR-V gets 16-inch Gunmetal Finish Multi-Spoke Alloy Wheels and ‘Edge Emblem’ on the outside. Rear Camera with IRVM Display, Rear Parking Sensors, and Honda Connect with 1 month free subscription are also included in the package. Prices at Rs 8,01,017 for Petrol MT and Rs 9,04,683 for Diesel MT.

All prices mentioned above are ex-showroom, Delhi.

Jnaneswar Sen, Sr. Vice President, Marketing & Sales, HCIL said, “The Honda City completes 20 years of unparalleled success in India and has emerged as the largest selling mid-size sedan in 2017. The 20th Anniversary edition of Honda City embodies our appreciation and gratitude to our customers who have provided us with tremendous support for the past 20 years, and we look forward to their support for years to come.”