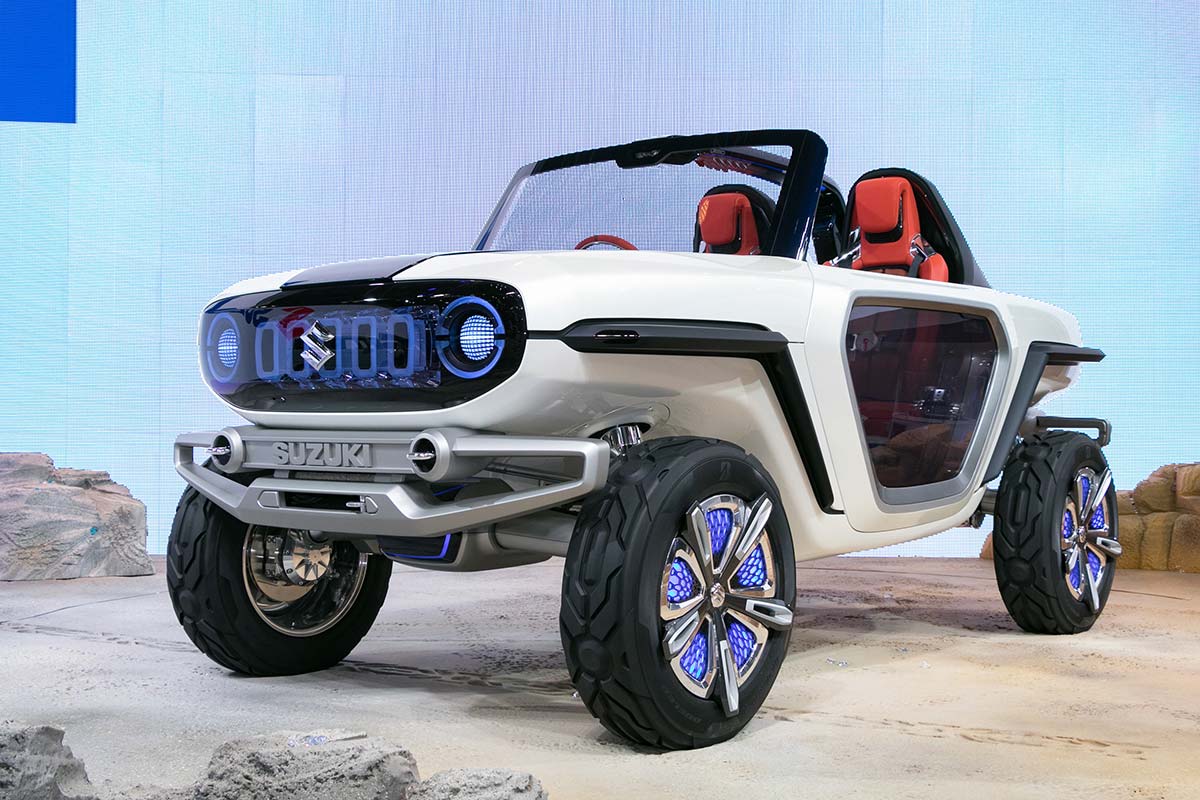 Maruti Suzuki pavilion at the Auto Expo 2018 will be spread over 4,200 sq metres. The company will display over 18 models in ARENA, NEXA and Motorsports zones.

The star attraction of the MSIL pavilion includes the Concept Future S, which according to the company is a new design language for compact vehicles.

The second attraction will be the Concept e-Survivor (featured image), an Electric Vehicle concept that’ll represent the company’s commitment to launch an electric vehicle in India in 2020. The e-Survivor was first showcased at the 2017 Tokyo Motor Show. It is the F.A.C.E (Four-Wheel Drive, Autonomous, Connected & Electric) of Suzuki’s plan for Future Mobility.

At this point, we aren’t sure if the company will launch an off-road EV by 2020, but what we do know is that Toyota and Suzuki have signed a memorandum of understanding (MOU) for introducing electric vehicles in the Indian market by around 2020. More on that here.

Also sharing the pavilion is a working model of the next generation Suzuki Hybrid system (HEV) that currently powers Suzuki Solio and Suzuki Swift cars sold in Japan.

MSIL said that the company will work on a portfolio of xEV technologies to accelerate the electrification of powertrains in India. Which means, there are plans to introduce proper hybrids in the country in order to reduce emissions and fuel consumption.

Last but not the least, the Auto Expo 2018 will be the launch pad for the new generation Swift that was officially revealed for the media recently.