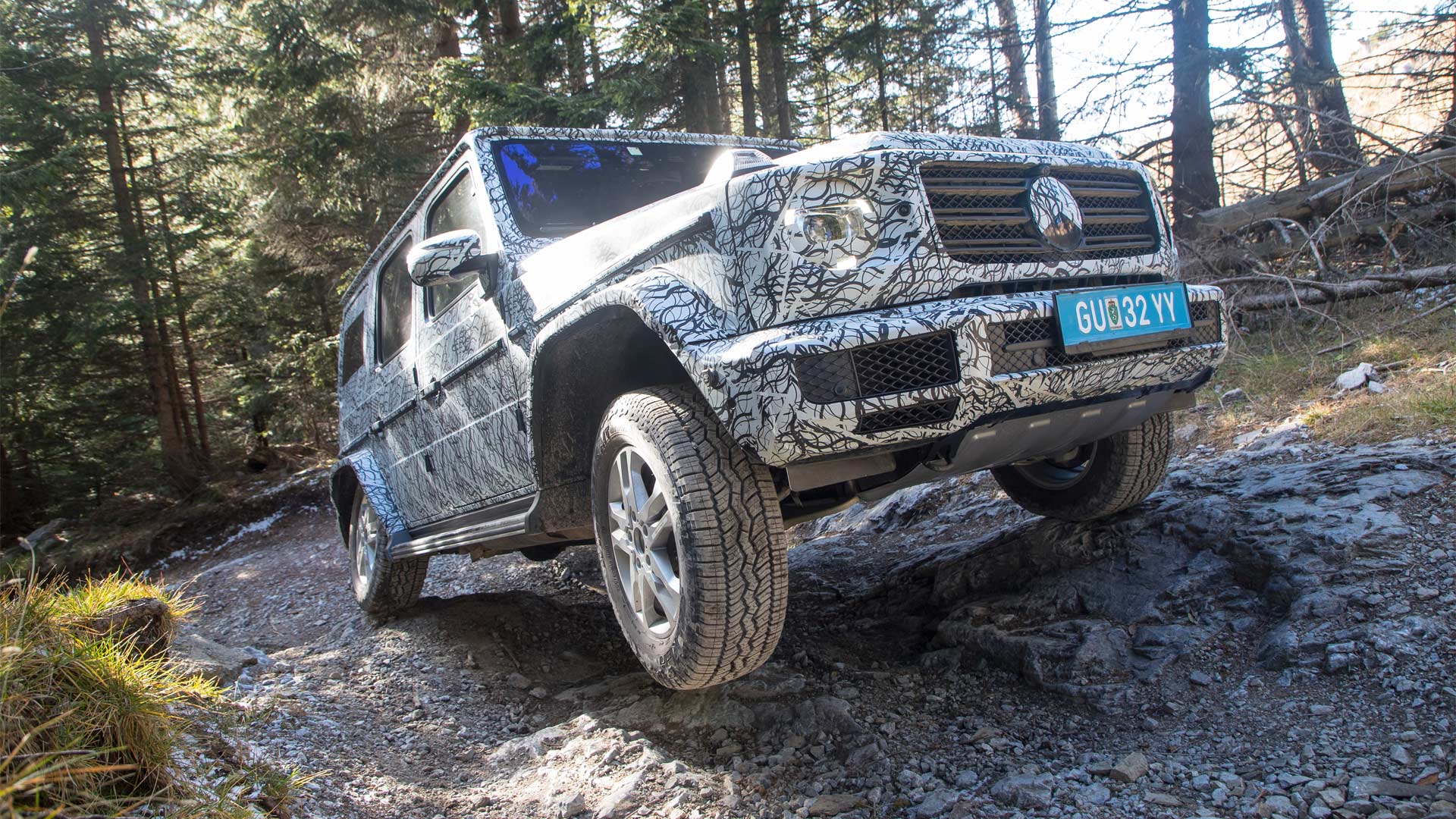 As we saw in the official interior photos, the next-generation G-Class comes with “Schöckl Proved” badge at the base of its B-pillar. Which means, the new G has undergone merciless testing on Austria’s Schöckl mountain.

Some of these images showcase the new G-Class conquering that mountain. Mercedes says that the new car is even more effective off-road, thanks to the three 100-percent differential locks and Low Range off-road ratio.

Suspension
The components of the double-wishbone front axle are directly fixed to the ladder-type frame without a suspension subframe. The attachment points on the frame of the lower wishbone in a Z-direction are positioned as high up as possible. This arrangement ensures good driveability beyond the asphalt. Specifically for the G-Class, the new front axle is designed in such a robust way that the off-road performance and off-road capabilities of its predecessor are maintained and partly even surpassed. The new rigid rear axle is guided with four longitudinal control arms on each side and a Panhard rod, Mercedes said.

Figures of the further improved off-road characteristics of the G-Class:

New “G-Mode”
The G-Class changes to “G-Mode” independently of the chosen drive program as soon as one of the three differential locks has been activated or Low Range has been engaged. This off-road mode adapts the adjustable damping of the chassis and the steering as well as the accelerator characteristic, avoids unnecessary gearshifts and ensures maximum off-road capability. A small “G” icon discreetly lights up in the instrument cluster. The G simply swallows up major bumps, and even in extreme terrain the driver does not have to frantically hold on to the steering wheel to effortlessly manoeuvre, Mercedes said.

Transmission
The 9G‑Tronic automatic transmission with torque converter was specifically adapted to meet the needs of the off-road icon. The developers have managed to reduce the shift and response times of the transmission with a dedicated software application. The wide transmission ratio not only makes driving quieter and more comfortable especially at low engine speeds, it also simultaneously contributes to reducing fuel consumption, the company said.

The new transfer case is flange-mounted directly on to the 9G-Tronic. It is adjusted in such a way that 40 percent of the drive torque reaches the front axle and 60 percent reaches the rear axle.

Other kit
There’s an optional 360-degree camera, the reversing camera and three further cameras. The information is presented in full HD in a choice of different views on the multimedia system’s display. Dynamic guidelines show the road and the width of the G-Class. In addition, the off-road screen specially designed for the G-Class also displays data such as height, gradient, angle, compass, steering angle and activated differential locks. 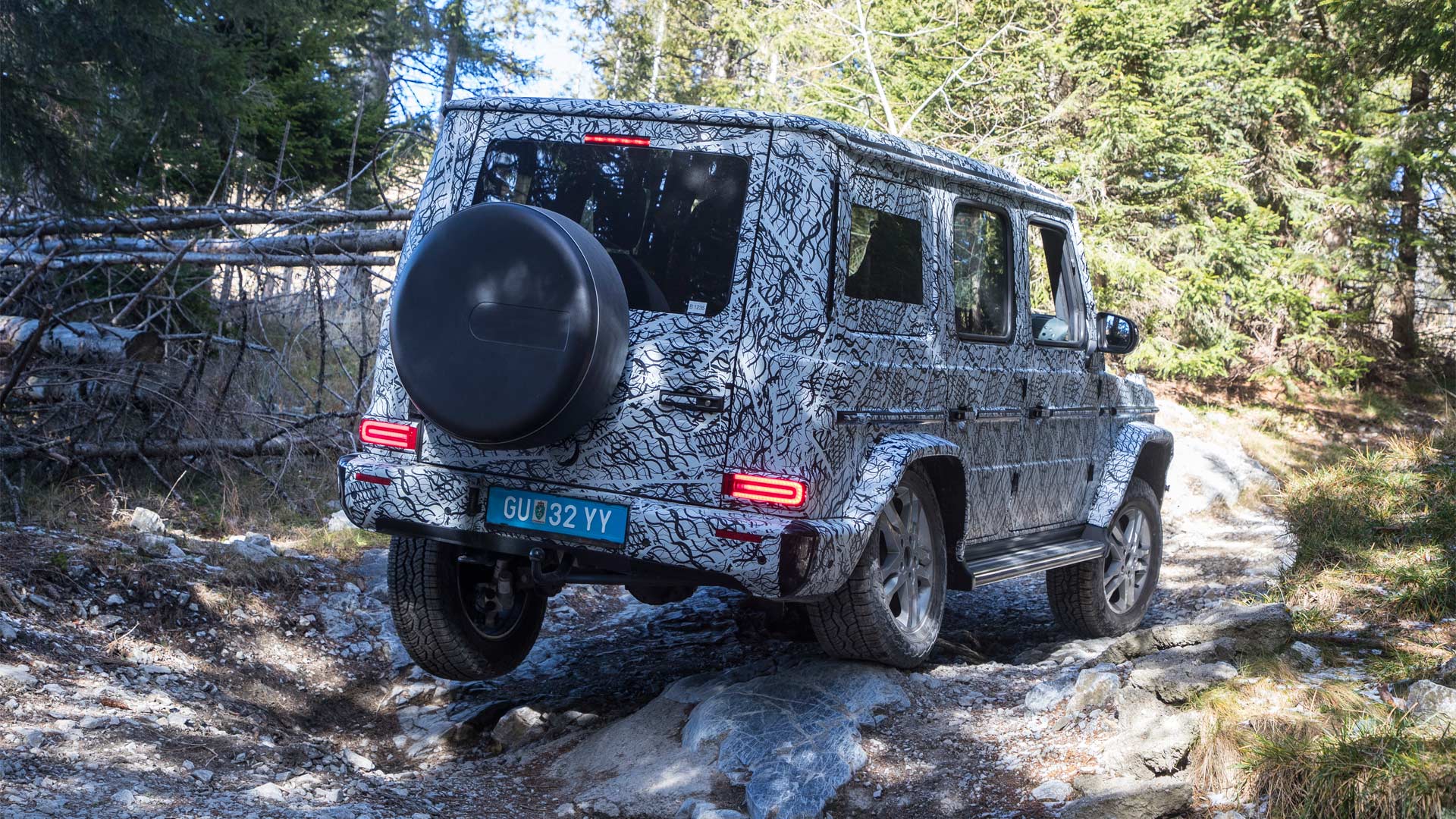 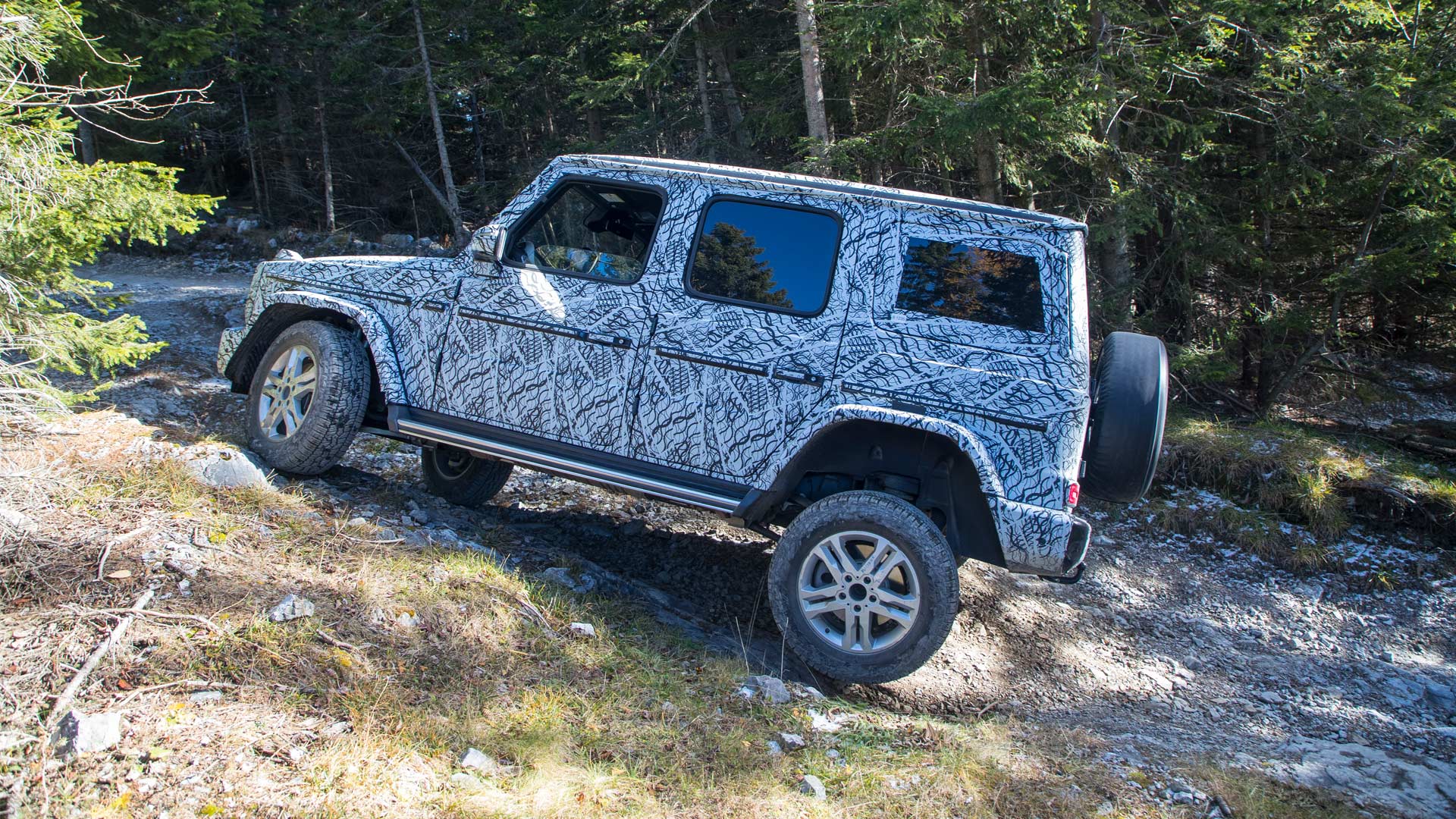 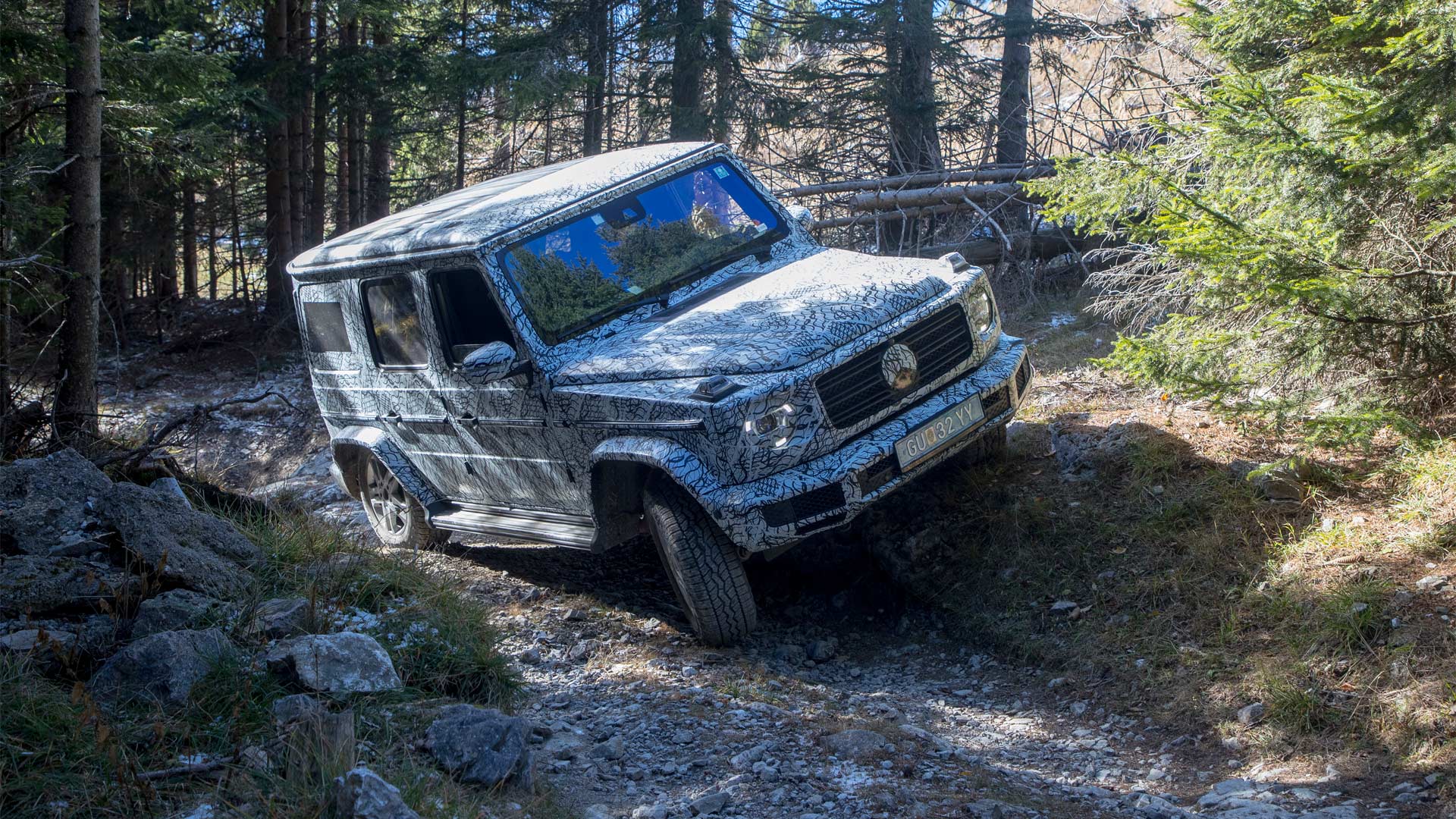 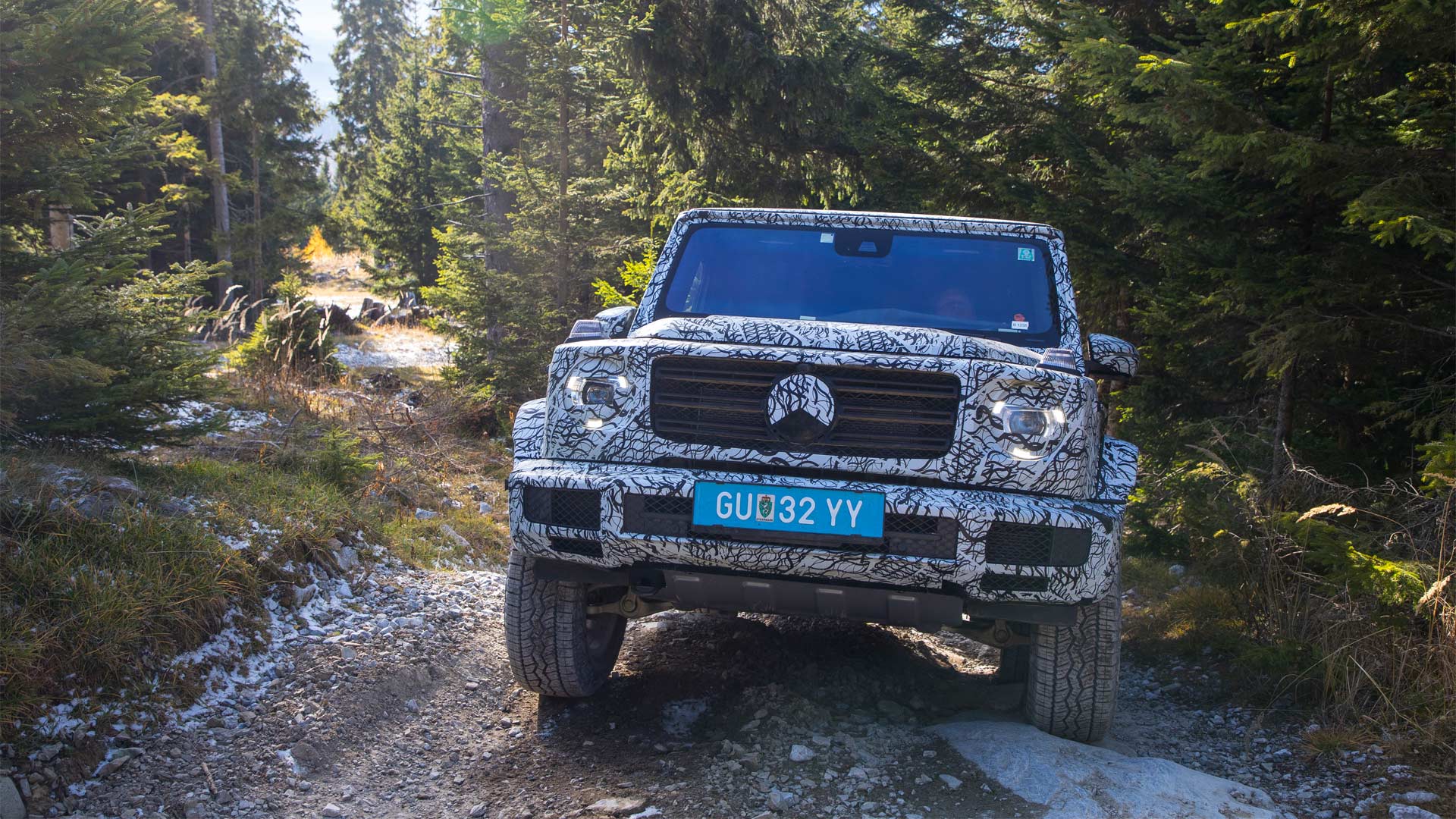 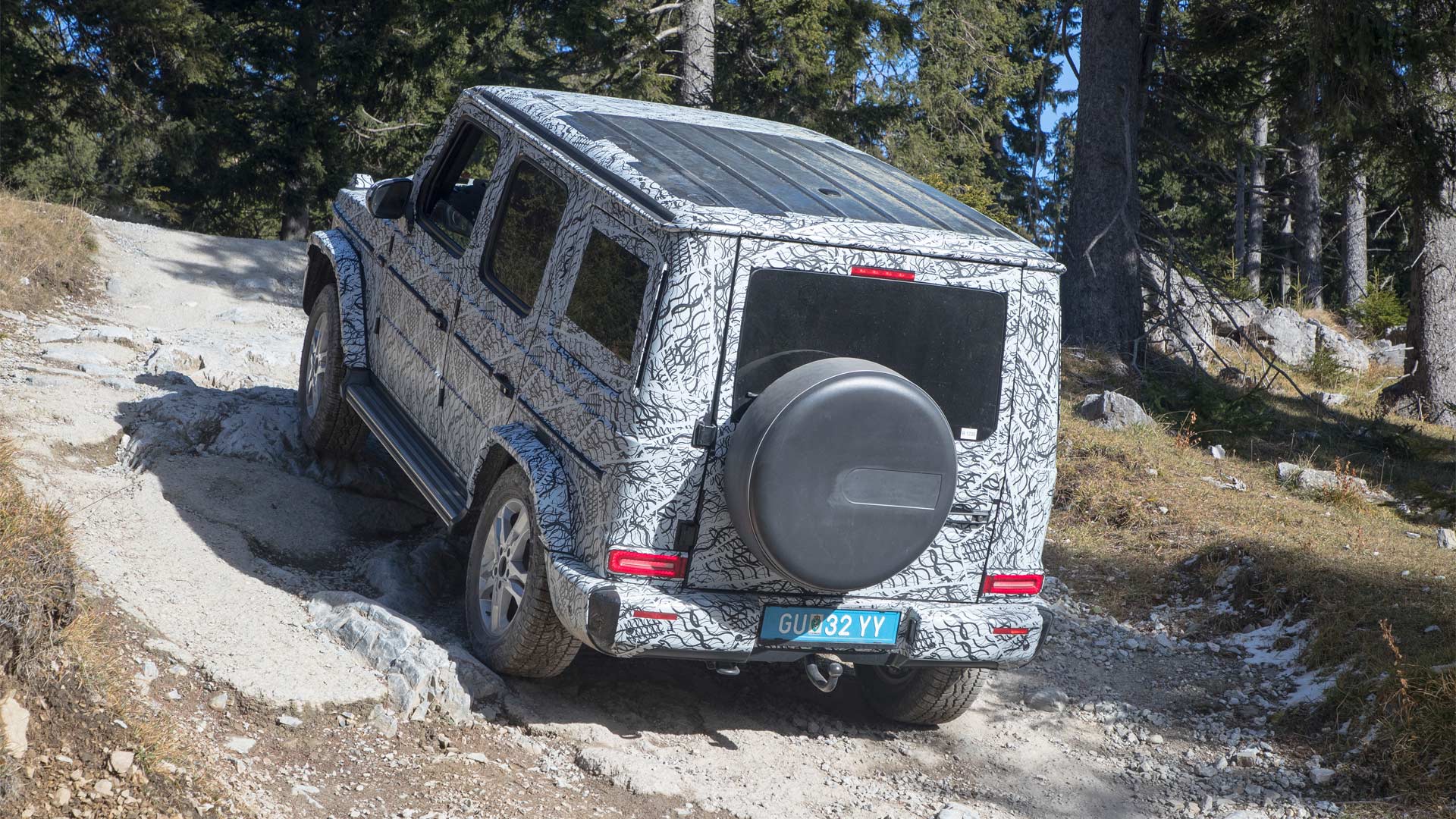 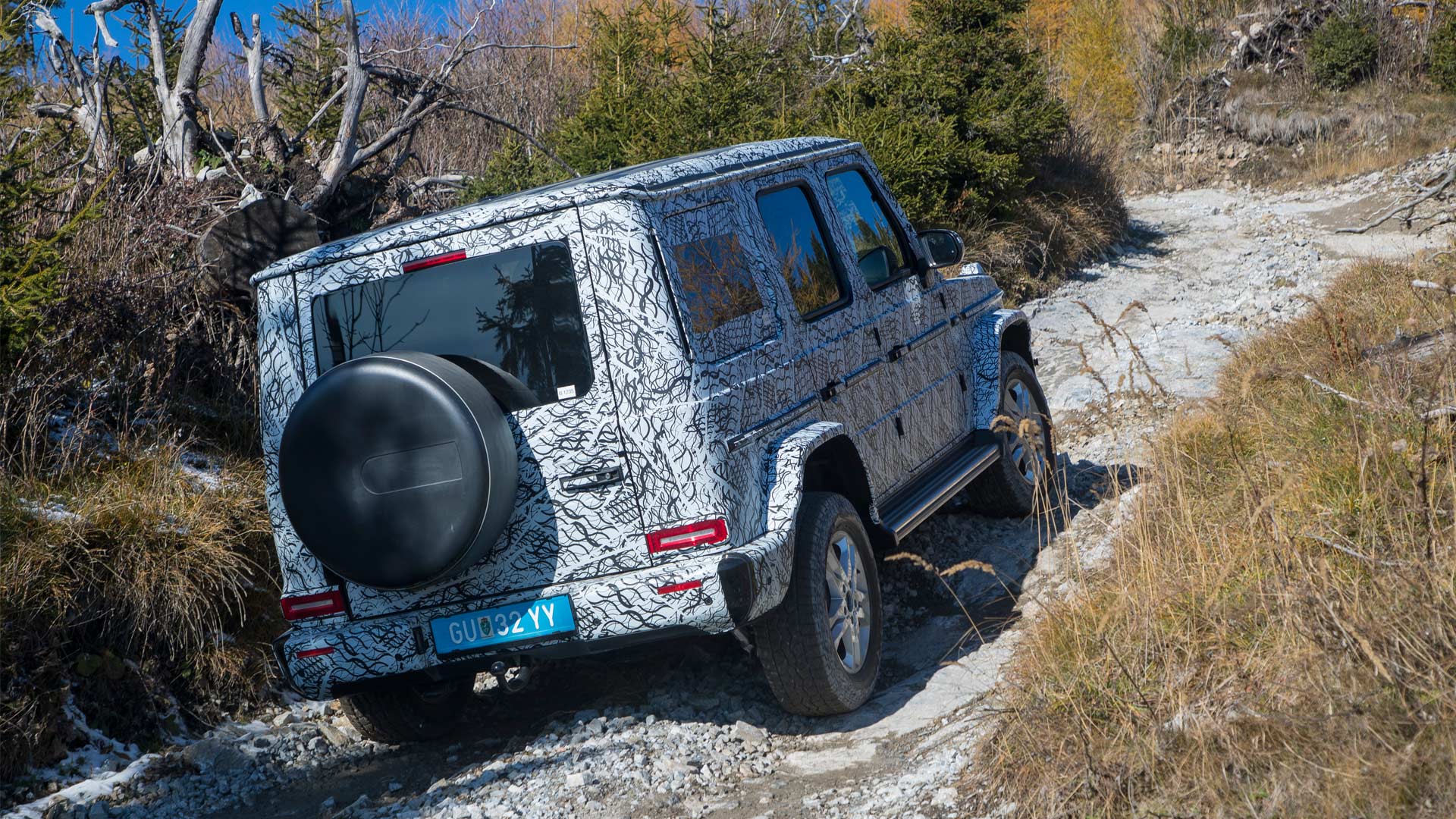 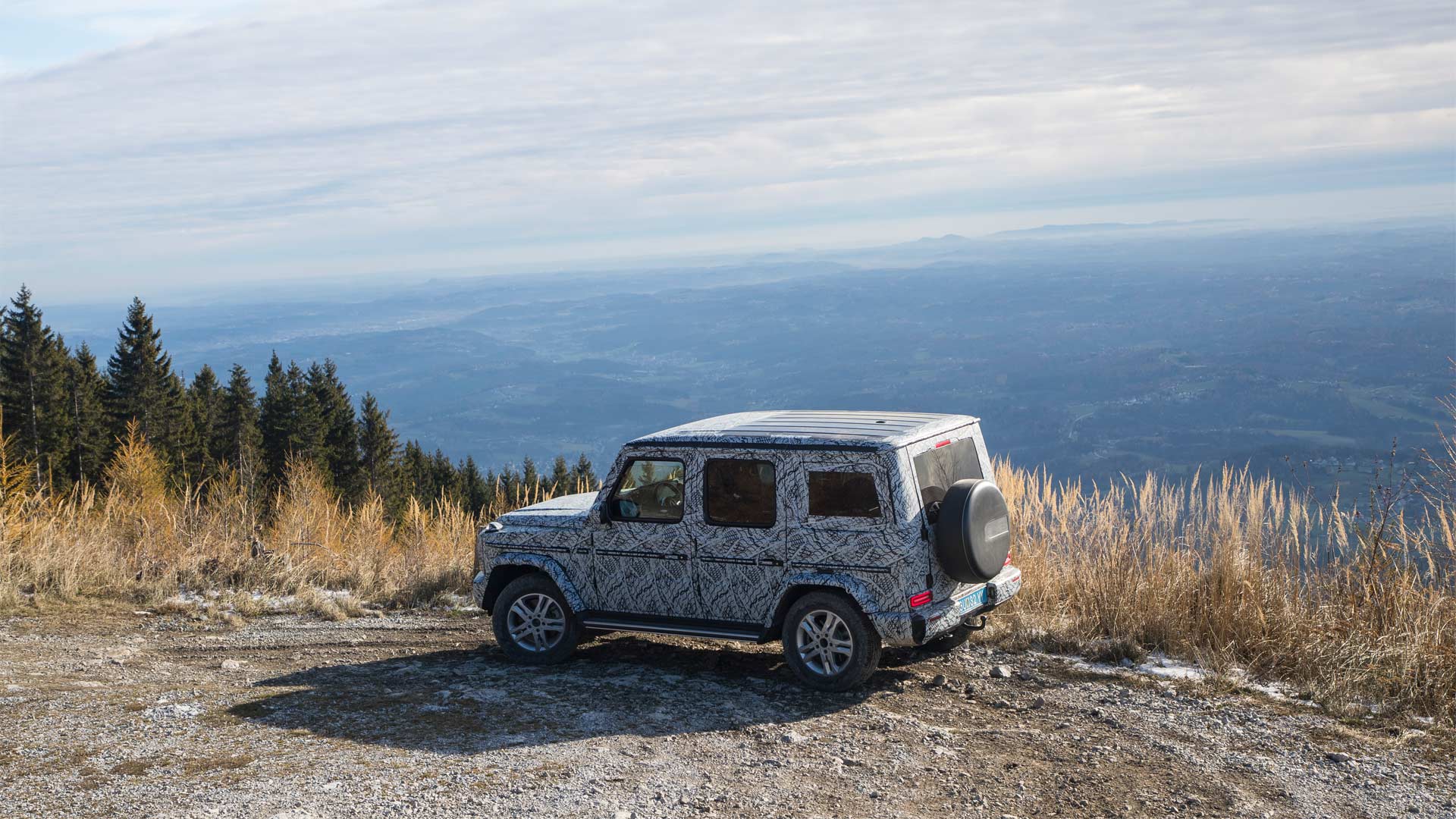