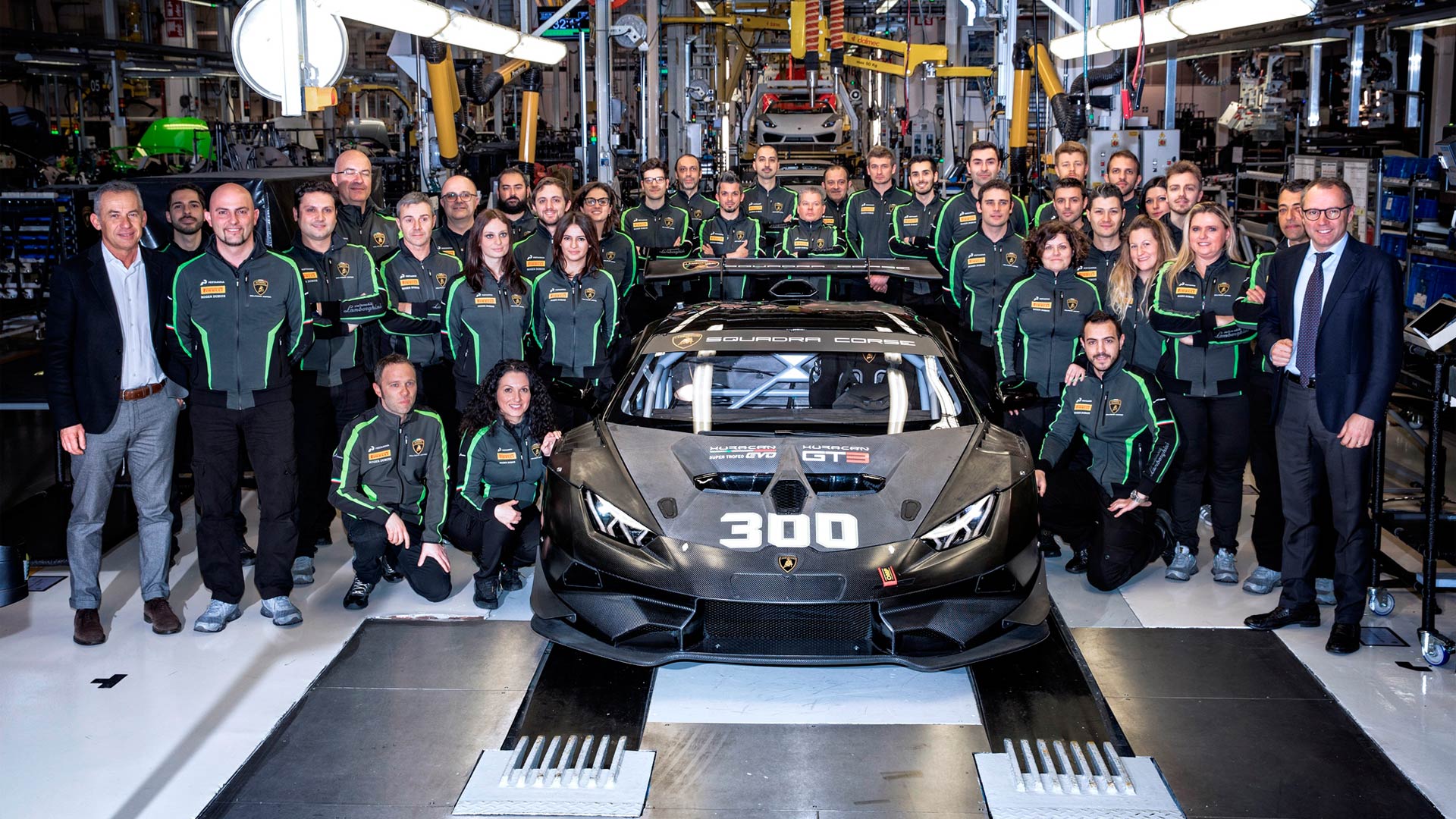 The Huracan assembly line in Sant’Agata Bolognese rolled off the 300th racing Huracan, the Super Trofeo EVO. That is the number of Huracan racing cars, including Super Trofeos and GT3s, that Lamborghini Squadra Corse has produced in 36 months (from 2015 to date).

The Super Trofeo Evo is manufactured on the same assembly line as the Huracan road version and by the end of 2018, 70 more units will join the 180 Super Trofeos already built. The same production line is also used for the Huracan GT3, a model designed for GT racing, and 70 units have been produced since 2016. The car has won 10 international titles and the 24 hours of Daytona. Although the racing cars are produced on the same line as the road cars, each racing Huracan is followed along each assembly station by skilled and qualified technicians from Lamborghini Squadra Corse to ensure maximum care in the assembly.

“The fact of building racing cars by applying the same model of the series production is a considerable added value. In this way, production times are reduced and the highest quality control standards are guaranteed, which, in the case of a racing car, translates into greater reliability on track,” said Maurizio Reggiani, Chief Technical Officer of Automobili Lamborghini. “In 2017, for the seventh consecutive year, Automobili Lamborghini set a new production record, with 3815 road cars delivered. Equally extraordinary is the number of racing cars that Lamborghini Squadra Corse has produced in just three years since the launch of the Huracán Super Trofeo and Huracán GT3, proving that the growth trend of our brand is definitely positive also with regards to Motorsport customers,” said Stefano Domenicali, Chairman and CEO of Automobili Lamborghini.