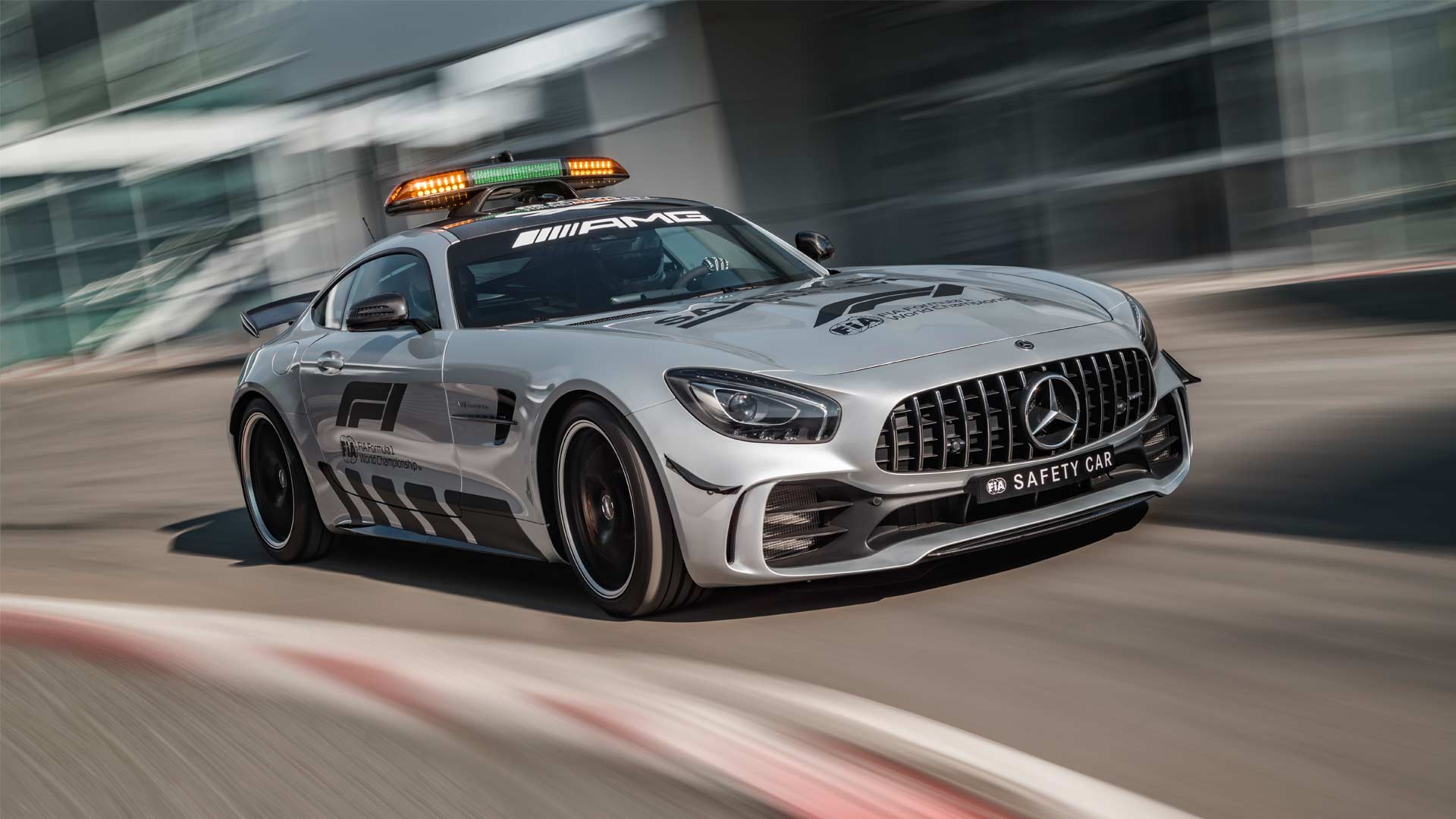 The “Beast of the Green Hell” – the Mercedes-AMG GT R, succeeds the GT S as the Official FIA F1 Safety Car and will make its debut at the Grand Prix in Melbourne, Australia, from 22 to 25 March 2018. 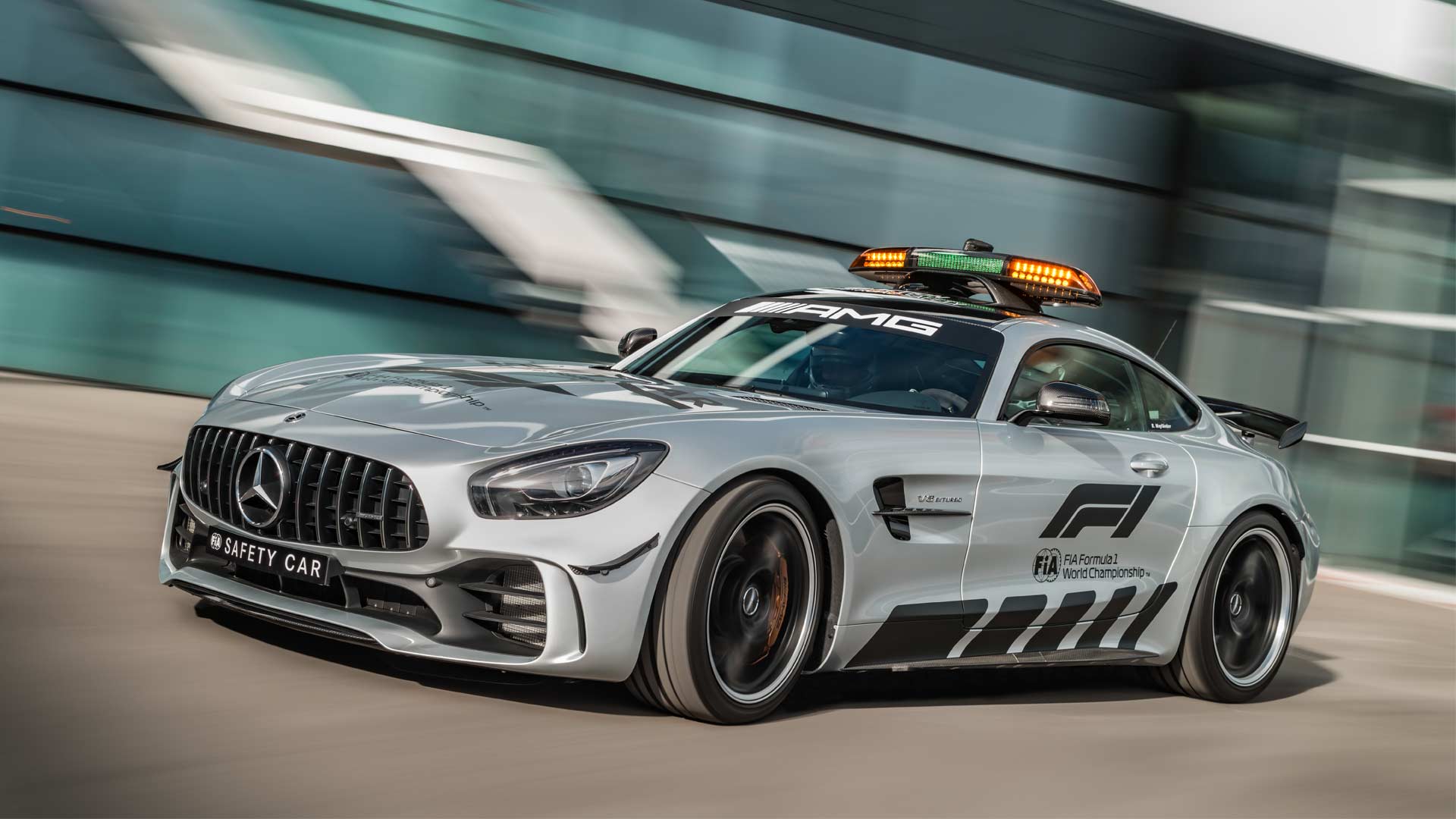 As the GT R already has racetrack performance in its genes, only a small number of modifications were required to transform it into an Official FIA F1 Safety Car, the company said. The AMG Track Package with roll-over protection system and the ceramic high-performance compound braking system are on board as optional extras. The advantages of the ceramic brakes are lower weight, a longer service life and even better fade resistance.

In terms of appearance, there are obvious differences from the series production vehicle. The light bar on the roof is positioned on a carbon fibre air scoop that is designed to provide an aerodynamically optimized airflow towards the rear aerofoil, and has undergone extensive wind tunnel tests. While the Safety Car driver Bernd Mayländer focuses on the track and at the same time keeps an eye on the field in the rear-view mirror, co-driver Richard Darker maintains radio contact with race control. Richard Darker monitors the Formula 1 vehicles by means of two iPads. The display on the left shows the international TV broadcast while the right one can feature either an animated display of the current position of the vehicles or show current lap times. Data management for visual communication is handled by an InCar Hotspot with WLAN wireless network.

Alongside the safety car, the Mercedes-AMG C 63 S Estate will provide emergency care as the Official FIA F1 Medical Car of the FIA Formula 1 World Championship. 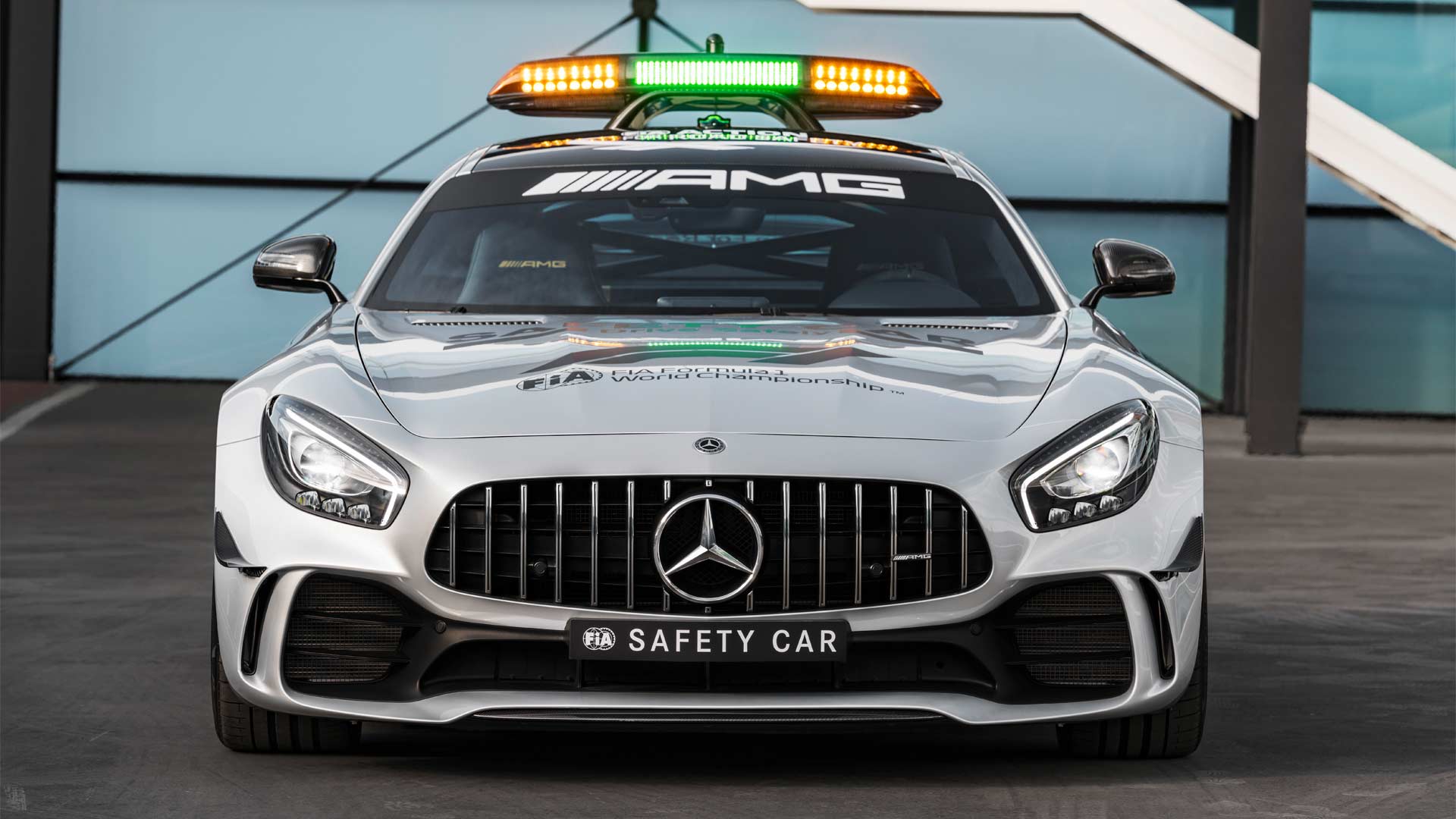 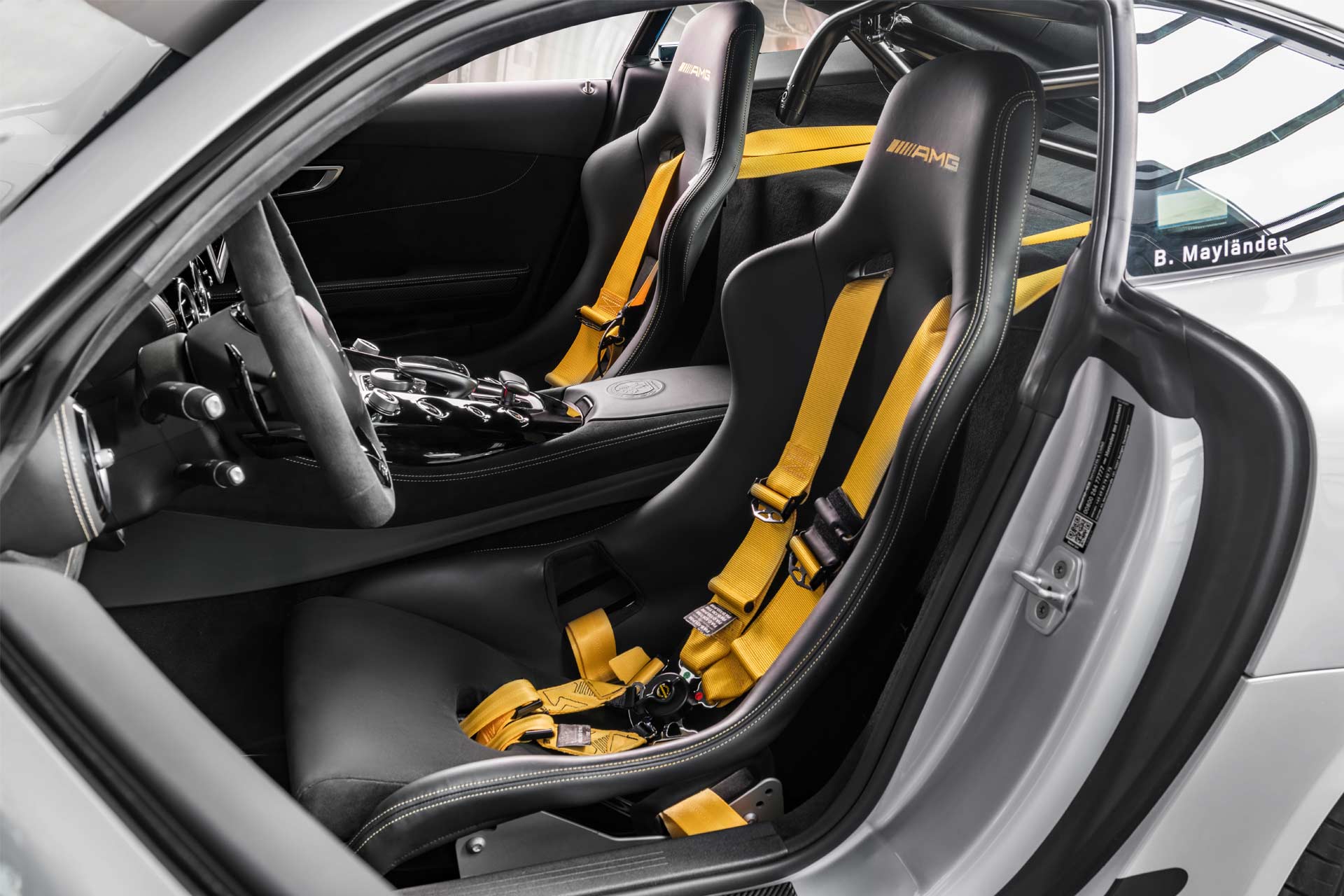 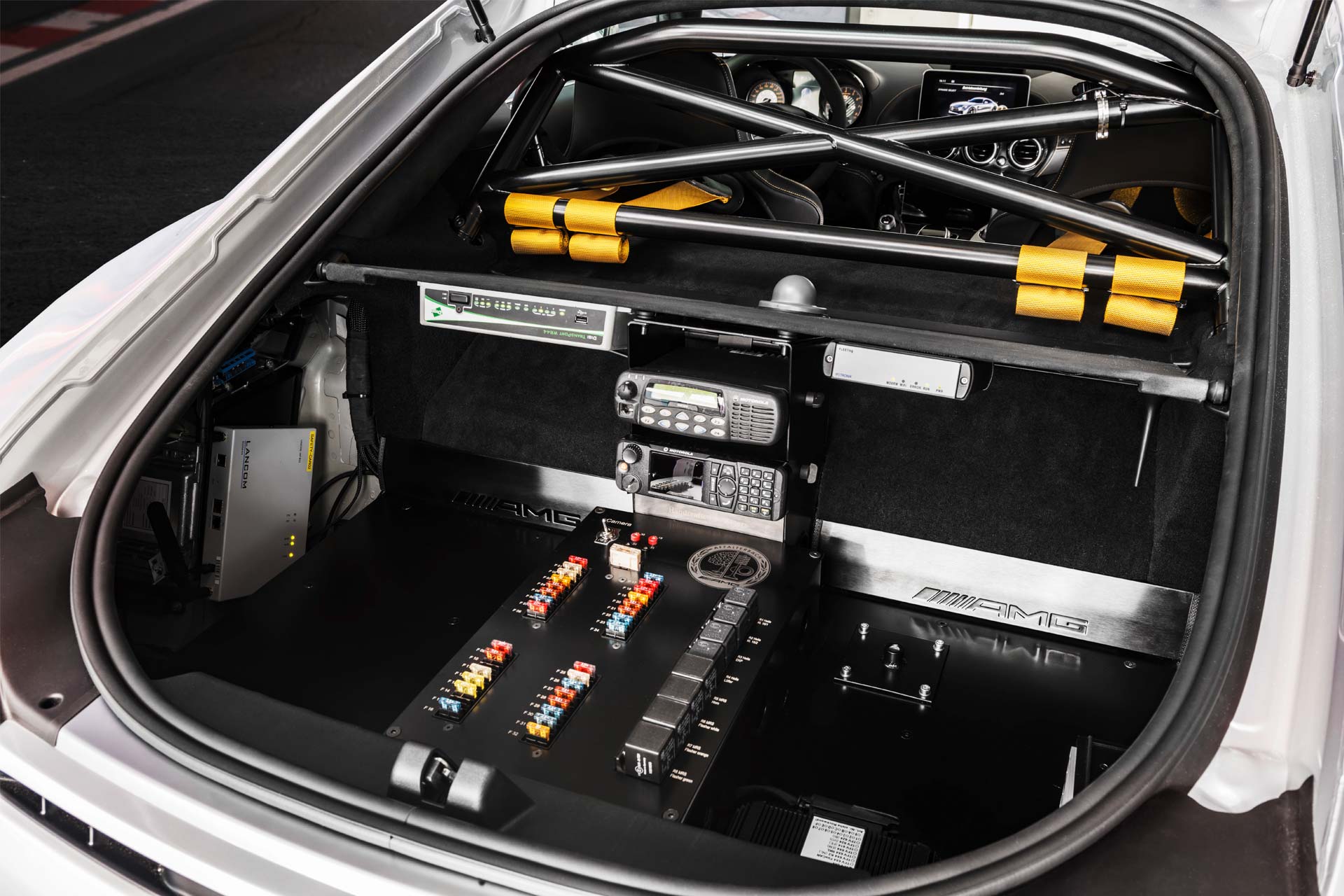 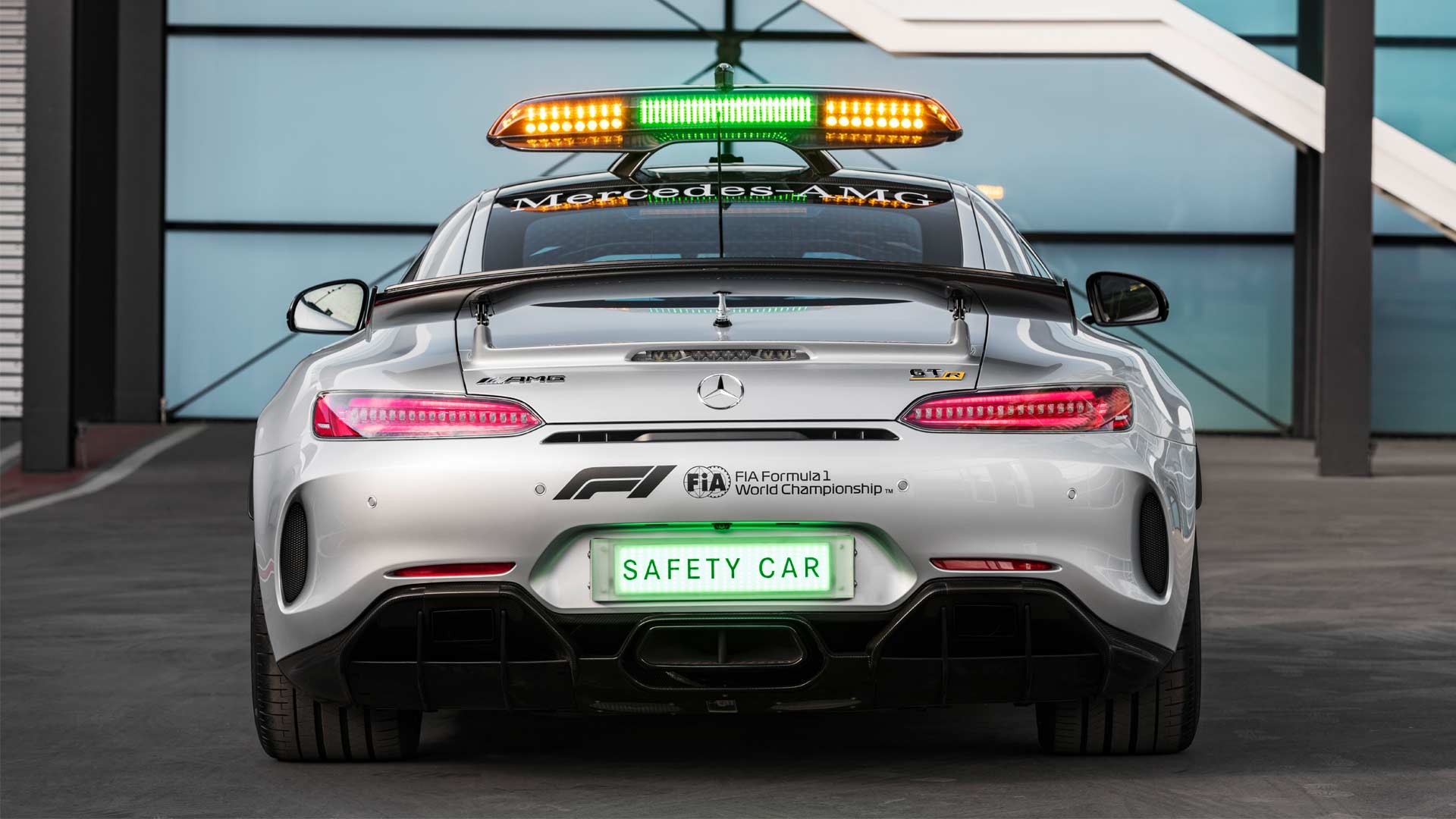 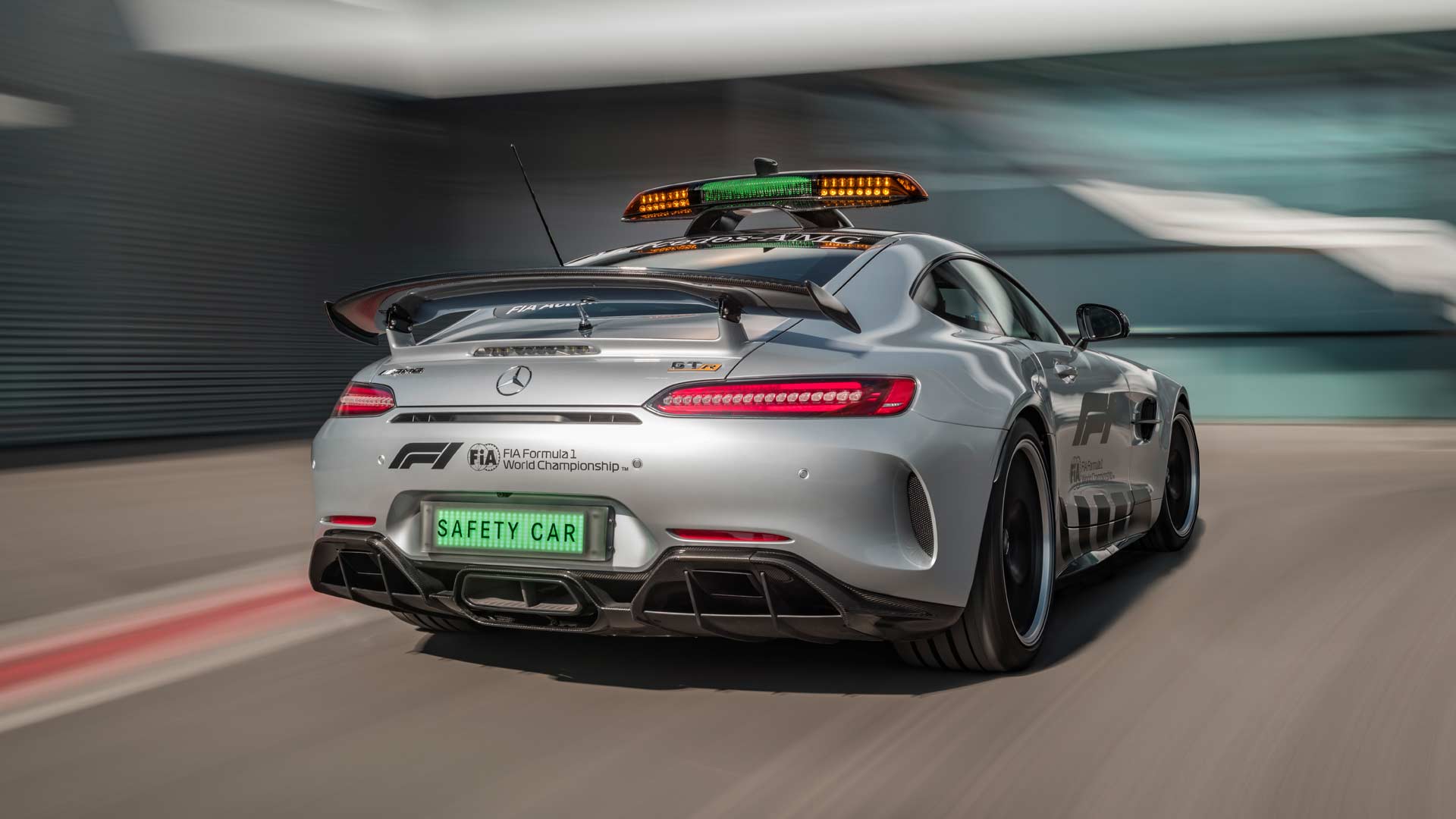